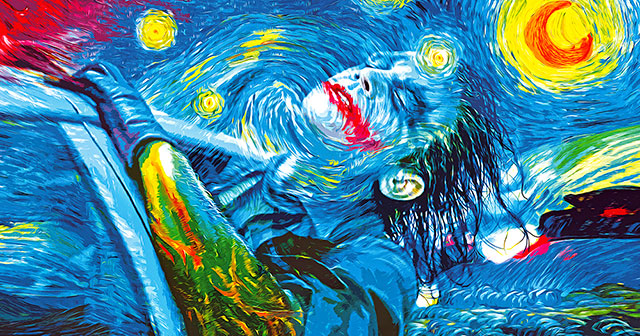 How do you get people to be more interested in classical art? By adding Batman, of course! Vartan Garnikyan is transporting the caped crusader into classical paintings through the medium of digital art. Starting with the “Starry Knight” that references his favorite scene in “Dark Knight Rises”, he has made five Batman related pieces thus far. Copies of them can be purchased on his Etsy.

“This is my way of helping artists like Van Gogh and Da Vinci keep trending after all these centuries,” Garnikyan wrote on Bored Panda. “I might be wrong, but I can’t help but notice how indifferent the general public is with classic art these days. I feel like every generation has a little less interest in the past.” He is pleased that his fans ask him when the original was painted.

Vartan Garnikyan has been working for movie studios for more than 10 years, making posters, DVD covers and so on, and he only started experimenting with digital art three years ago. These Batman paintings are meticulously made, which explains why Garnikyan only makes them every so often. 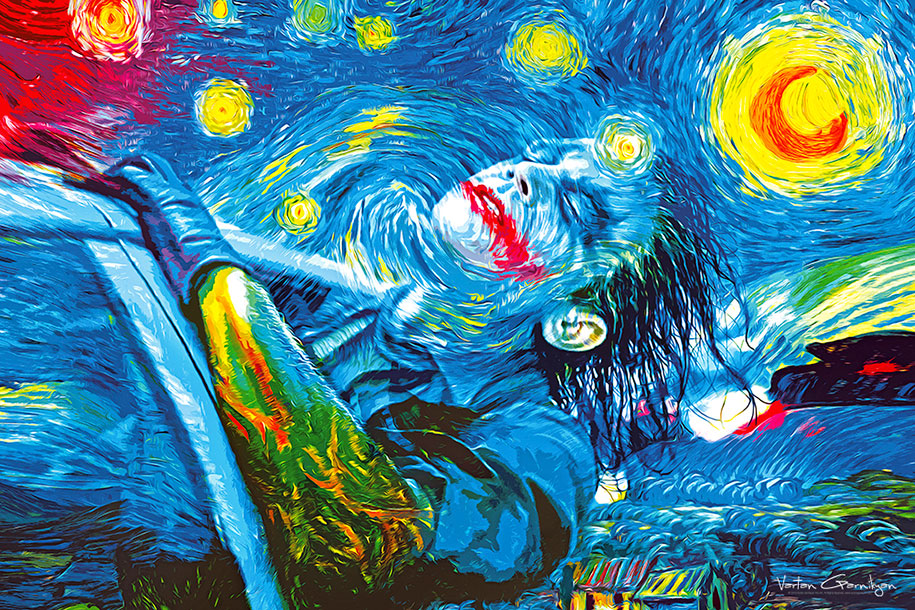 My personal favorite, and the most popular painting. Vincent Van Gogh’s “Starry Night” reimagined as my favorite scene in Christopher Nolan’s “The Dark Knight”. This took me about 3 months to paint, and another year of on-and-off edits whenever my eye would catch something. I’m beyond flattered with how many times it has gone viral in the last 6 months. 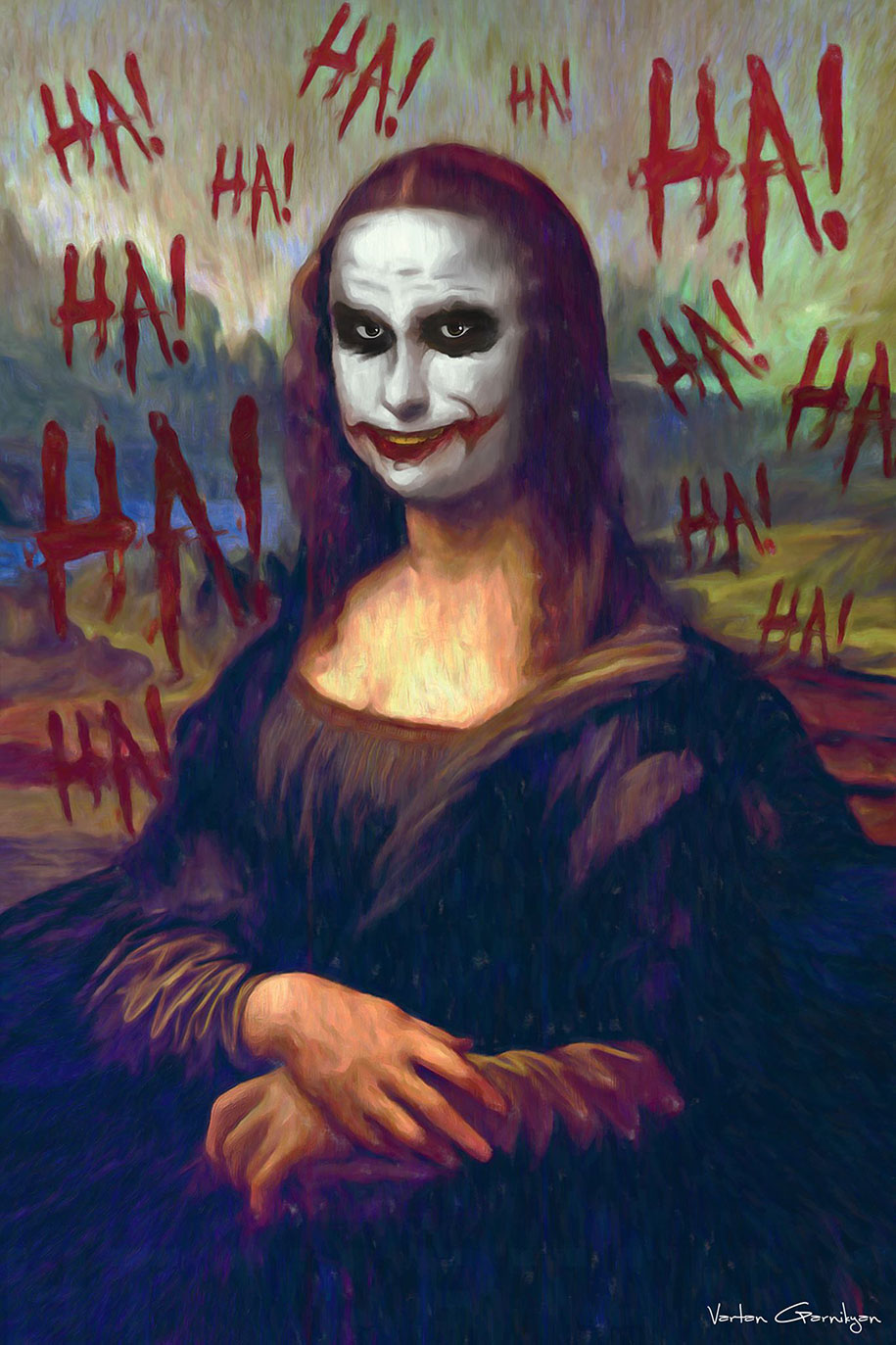 Doing my part to help the world understand the world’s most famous “mysterious” painting. But obviously, the museum scene in Tim Burton’s Batman did play a small part with the concept. 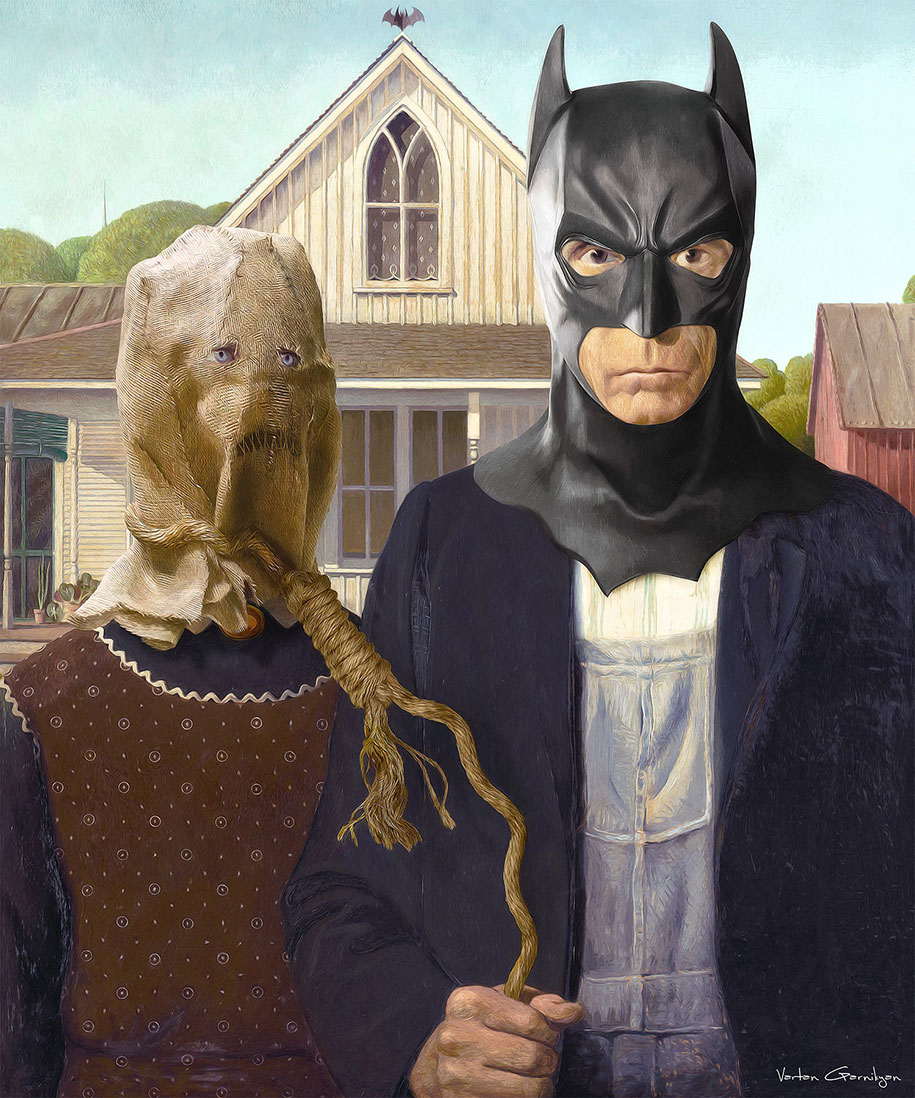 Grant Wood’s original “American Gothic” is one of my all time favorite paintings. I’ve spent an hour staring at it each time I’ve visited Chicago. The detail is impeccable – the lighting, colors, brush strokes. It truly takes years to master skills to the level where every single brush stroke makes an impact. I matched it as close as I possibly could with a photograph I took the last time I was there. Her mask alone took me a month with all the little details. I got the idea the last time my little brother and I were at the Art Institute of Chicago. Truth be told, it actually started as a joke. I said to my brother, “Wouldn’t it be funny if I could remake this as a Batman version of “Silence of the Lambs”. 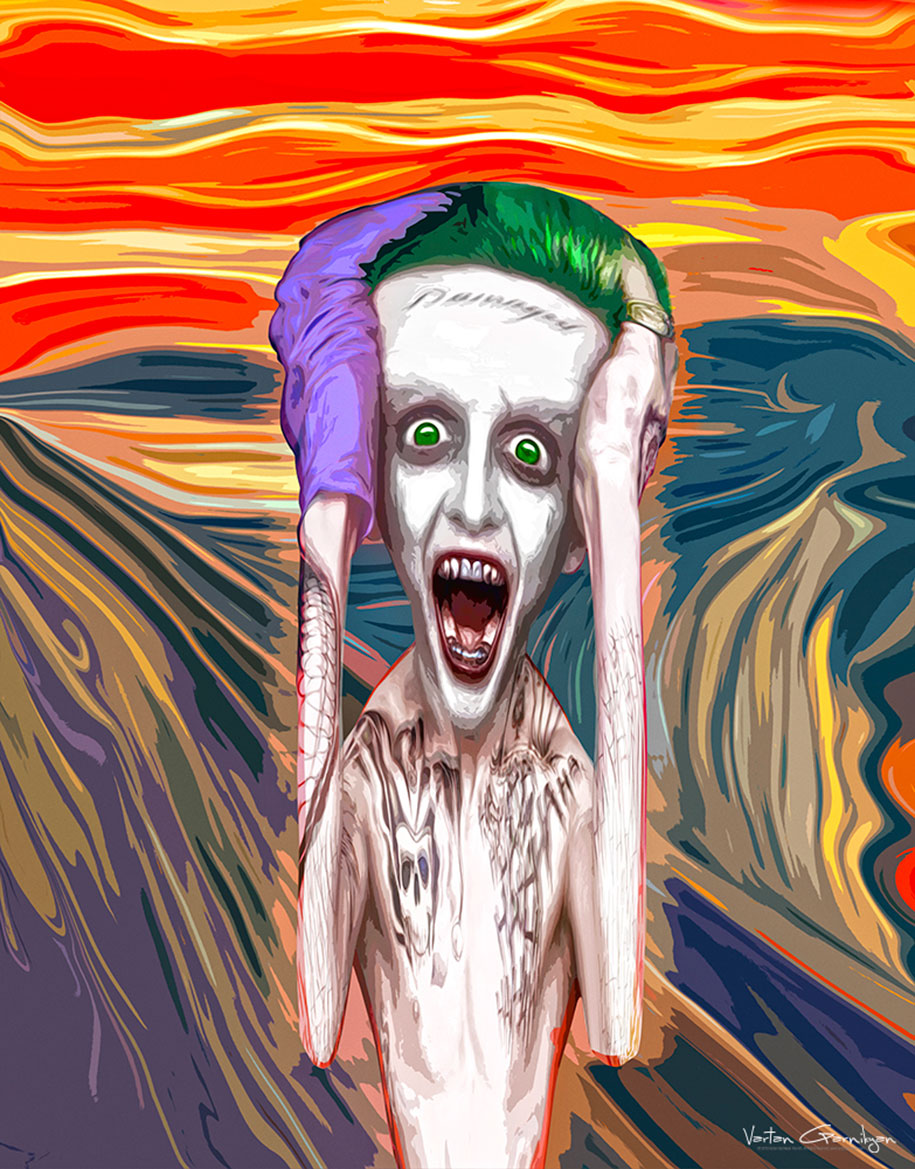 I couldn’t resist after I saw David Ayer’s post of Jared Leto as the new Joker. The background is nowhere near Edvard Munch’s original “Scream”, but personally I think Leto’s face does a bit of justice.

The Creation Of Batman 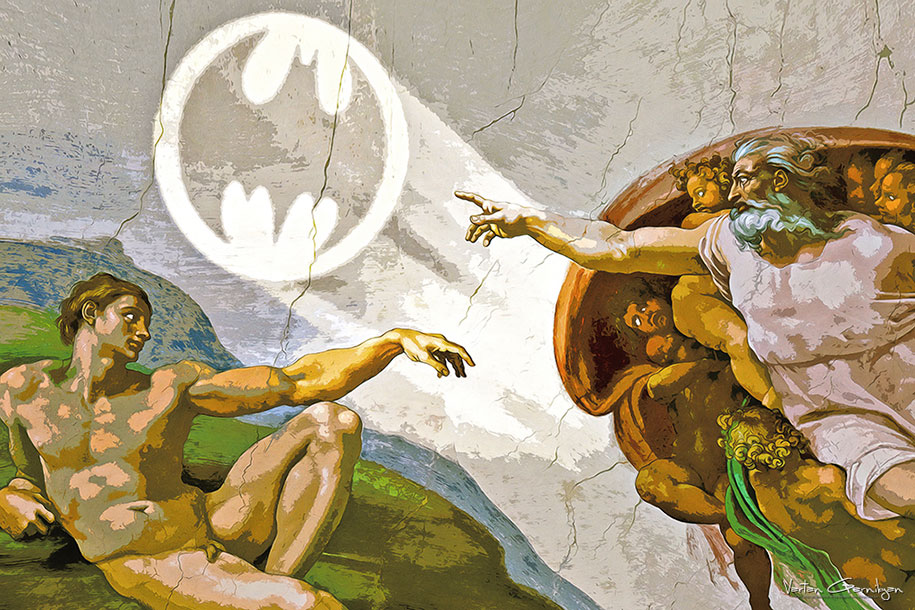 For this one, I chose a very simple concept because I wanted to focus more on the actual recreation of “The Creation of Adam”. But personally, I think my inspiration behind it does more justice than the actual painting. They say God created Adam in his image, right? I’m sure all Batman fans would agree (at least I do) that God’s image of a man… was Batman. If you take things like morals and integrity into consideration, I’m not too far off.