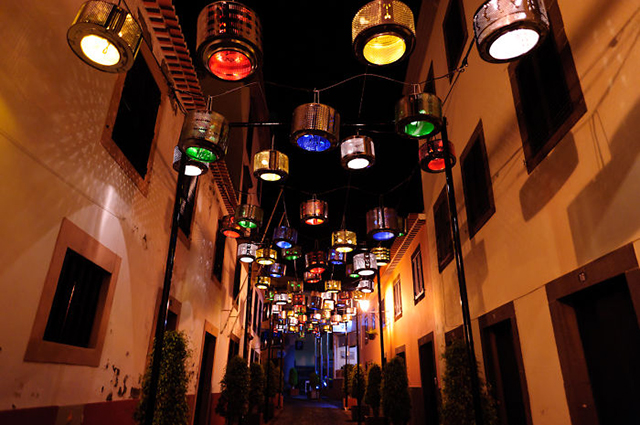 The streets of Câmara de Lobos, Madeira island, Portugal were recently lit up by some of the most awesome lamps we’ve ever seen, made of recycled washing machine drums.

One of the group’s goals is to promote ecological well-being and responsible usage of materials. And people really stood by this idea as the original aim was 100 drums, but once the goal was reached, people continued to bring more. 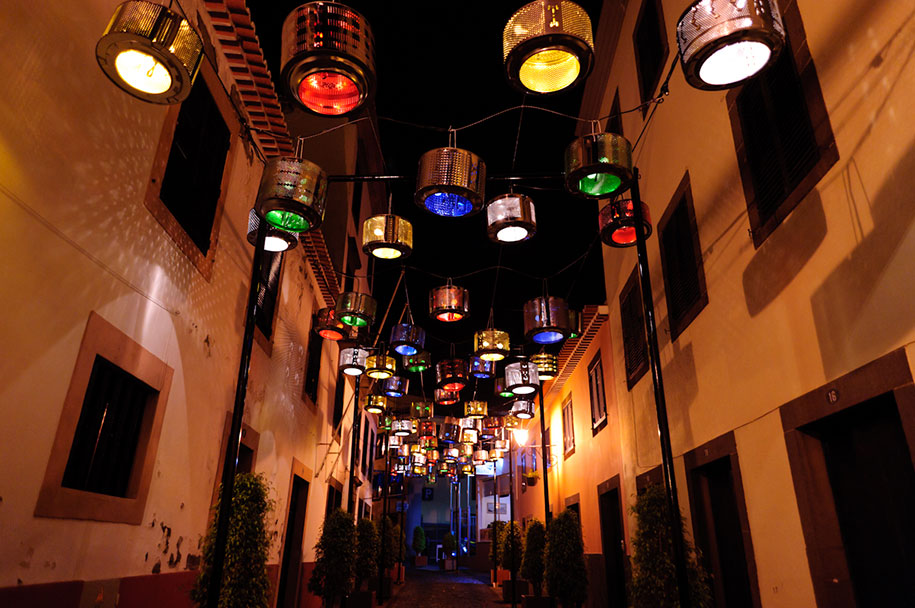 They also prepared the drums 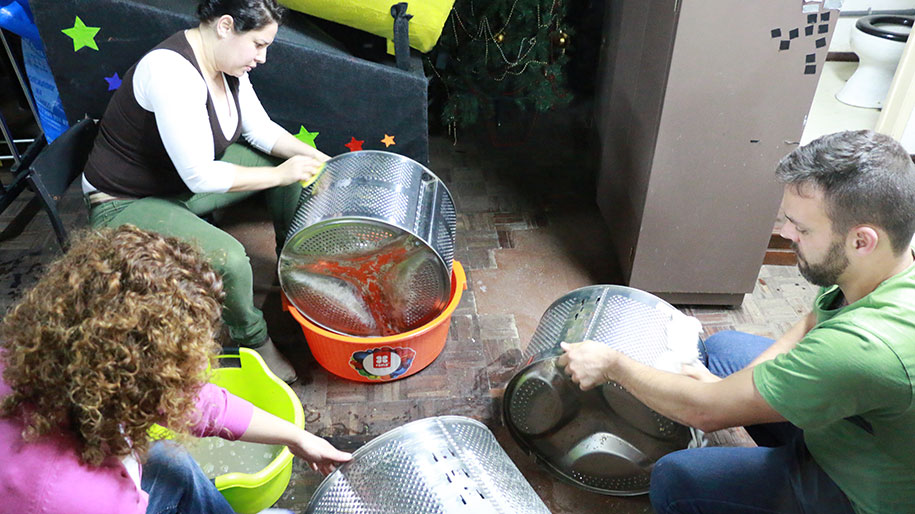 The municipality workers helped to put the decorations 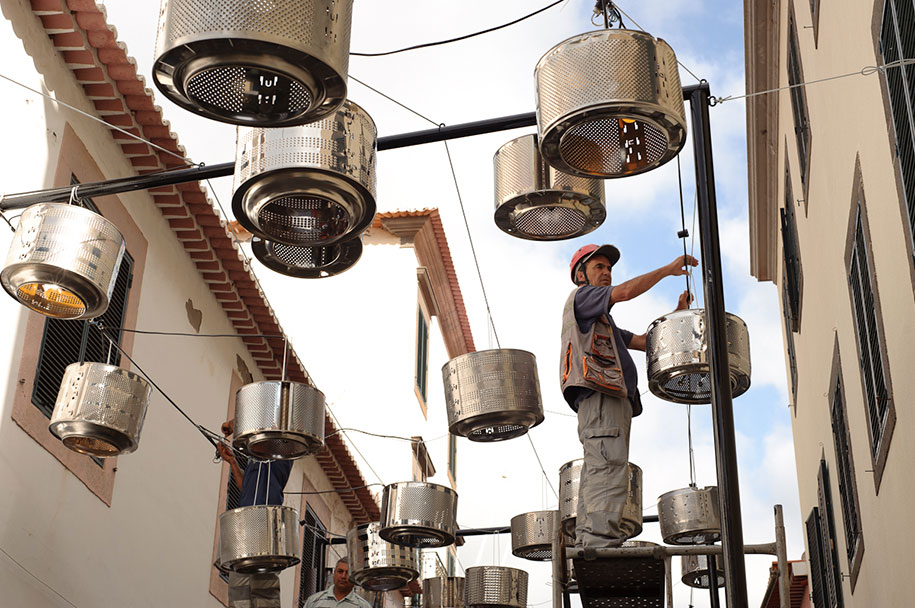 It was really nice since they supported the project too 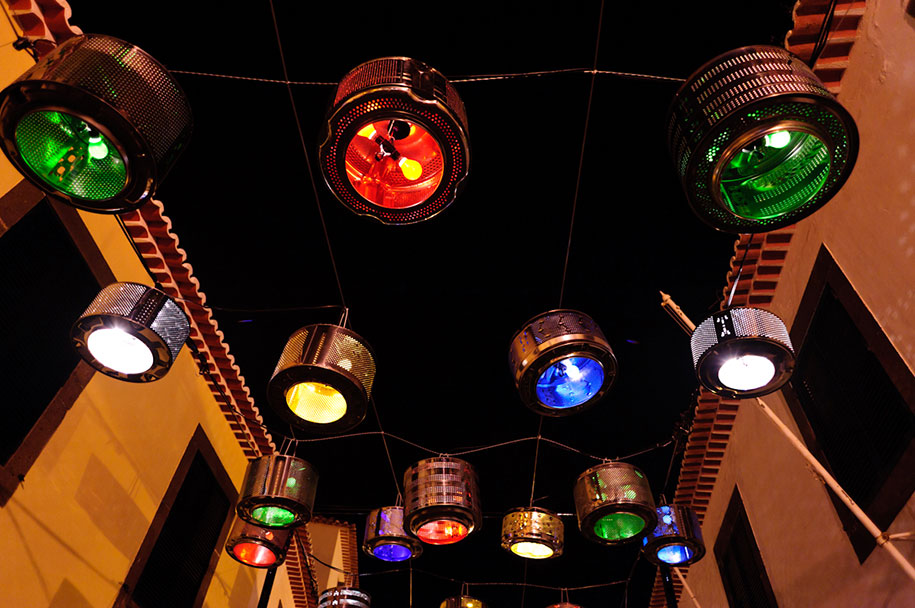 The steampunk decoration evokes contradictory reaction from locals though 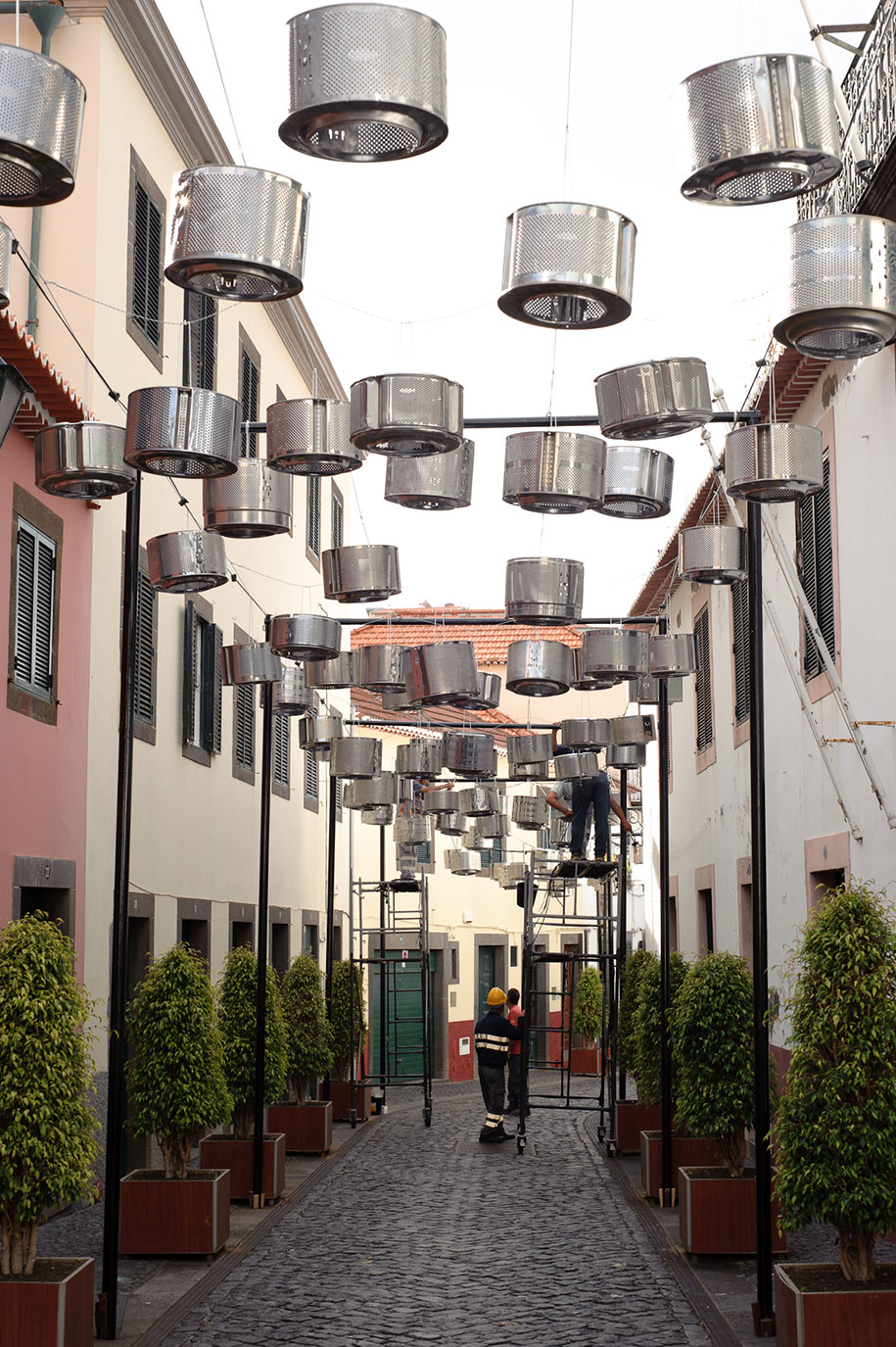 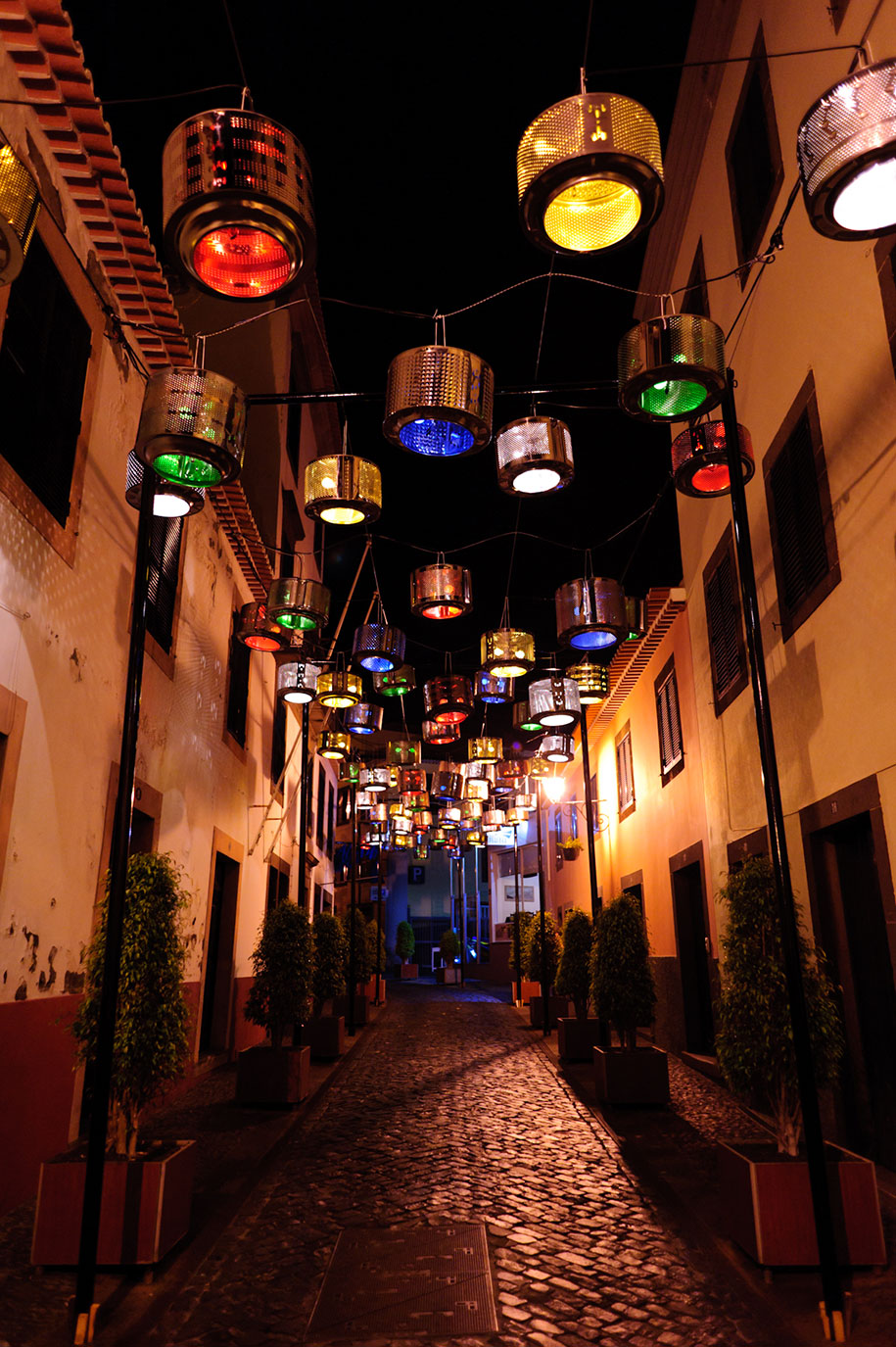