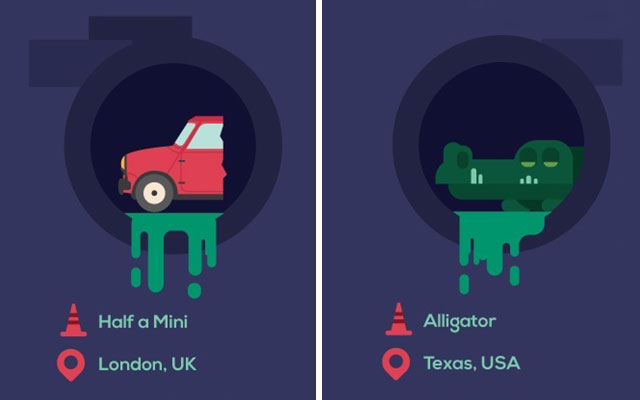 20 Strangest Things That People Found In Sewers Around The World

Sewers have been around at least since the Bronze age. Naturally, people have thrown some strange stuff down the drain. Plumbworld’s blogger Ant Langston shared a nice infographic of the weirdest things found in sewers worldwide. From goldfish (who are apparently thriving in Canadian sewers) to cows, expensive wristwatches and half a car, it’s a treasure trove down there. A smelly treasure trove!

Plumbworld is large, UK based bath, toilet and plumbing retailer in the UK. Langston wrote that their team was inspired to make the post after a ball of fat the size of a bus was found in London sewers last year. These kinds of posts aren’t rare for the company, either: for a retailer, it has a surprising amount of historical posts on sewers, toilets and showers.