A lion is the king of all he surveys, and he’ll protect his realm from anyone – including photographers! That’s how Atif Saeed managed to take this stunning picture of an angry lion! You guessed it right – this photographer took pictures of a lion as he charged towards the camera.

The whole story happened in 2012, when Saeed was in a safari park near his town of Lahore, Pakistan. An avid nature photographer, he got out of the car to take closer pictures of a lion. “I was thinking – I must show the character and status of lion and this was the only way I could think of to achieve this.” Atif told Daily Mail. Unfortunately, the feline ear picked up the sound of the shutter closing, and and the animal charged! Atif ran to his car and managed to get away. The whole affair lasted only a few seconds, yet rewarded him with some amazing snapshots.

Now that’s some blood-curdling action, and Atif understands that, as he said that he “was laughing at that time, but now when I think back about the incident I don’t think I would be able to do it again. It was a pretty close encounter.”

“I was sitting on the ground few feet away, so he was treating me like his prey.” 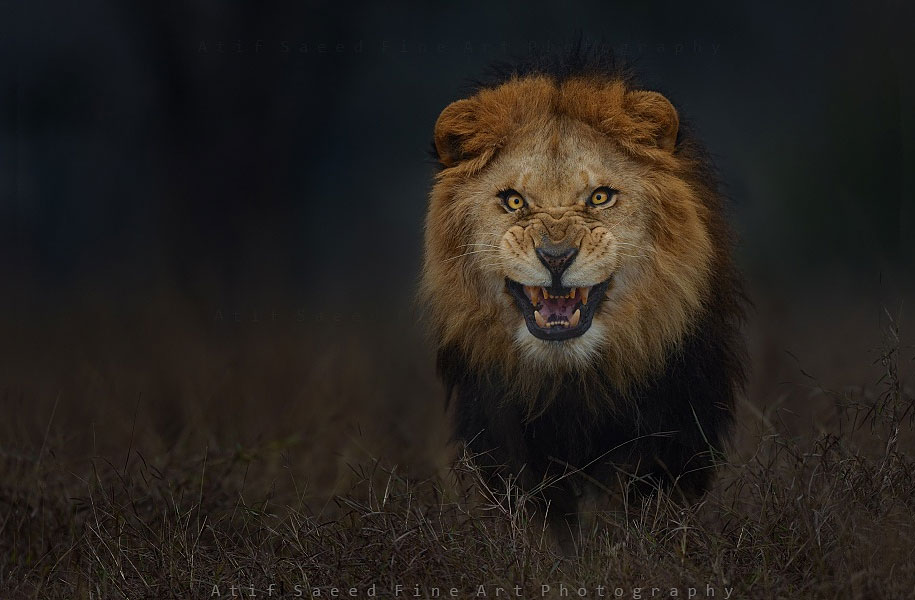 “The story finished in few seconds as the lion aggressively jumped towards me and I just about scrambled into my car.” 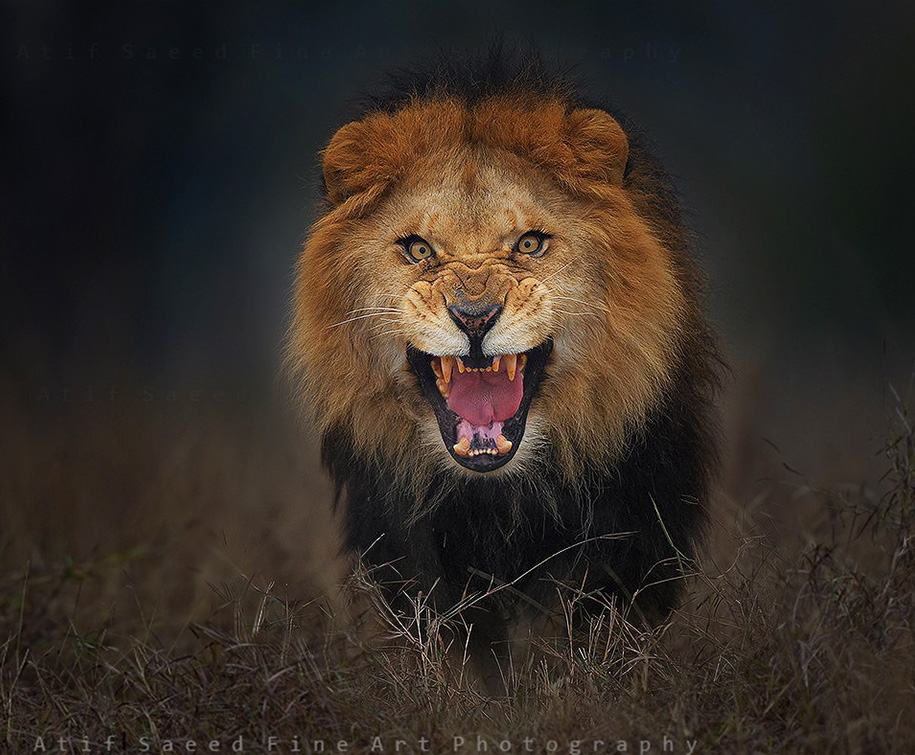