Self-taught artist Mauricio Paz Viola (b 1985; Carmelo, Colonia, Uruguay) embarked on his artistic journey early in life. Dabbling in plastic art since 7, he has participated in various art competitions in his native Uruguay and abroad. At 14, Paz Viola began to participate in group shows and individual shows nationally and internationally in galleries and museums in Uruguay, Argentina, Chile, United States, Italy, among others. His work have been featured in doctoral studies programs in art in universities in Chile, Mexico, Argentina and Spain, and are frequently featured in magazines and art books, among which are Latin American Plastic Art Annual Review, High Impact: the Art of Visual (New York) as well as books in Spain, Argentina, UK, France, etc. The style of Paz Viola has evolved from realism, landscape and portraits in his youth to surrealism and expressionism. Since his arrival in Chile in 2008, he started to focus on abstract expressionism. The most notable influences of Paz Viola are Roberto Matta, Maurits Cornelis Escher, Joan Miró, Vasili Kandinski, Max Ernst, as well as Uruguayan artist and friend Javier Gil, who imbued a sense of motion into rigid objects as if everything had a life of its own – a concept expressed in Paz Viola’s series “Nothing in the Void” Paz Viola is currently based out of Pacific Grove, California. www.mauriciopazviola.com 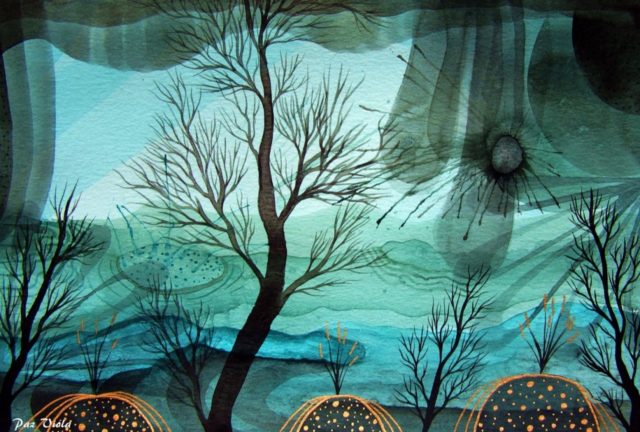 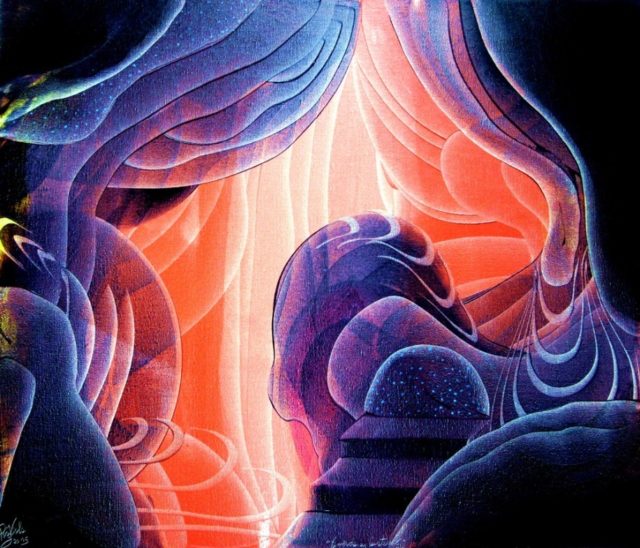