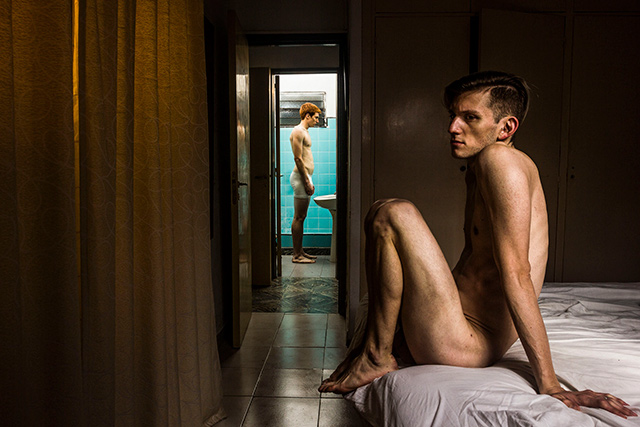 It’s that time of the year again when Sony announces the shortlist of the best photos competing in the biggest photography contest in the world. As always, these include best shots not only by professionals but by amateur photographers as well.

It’s the tenth Sony World Photography Awards and this year it managed to outpace the record-breaking last year’s event and gathered photographers from 49 countries; with the shortlist being drawn from 227,596 images, entered from 183 countries, including – for the first time – Armenia, Cuba, Iceland, and Saudi Arabia.

The winning photographers will be announced on 20 April, with the overall Photographer of the Year scooping a $25,000 cash prize plus some goodies from Sony.

Here we bring you 25 photos from the list of hundreds who made it to the shortlist. Check out the full list on Sony World Photography Awards website. 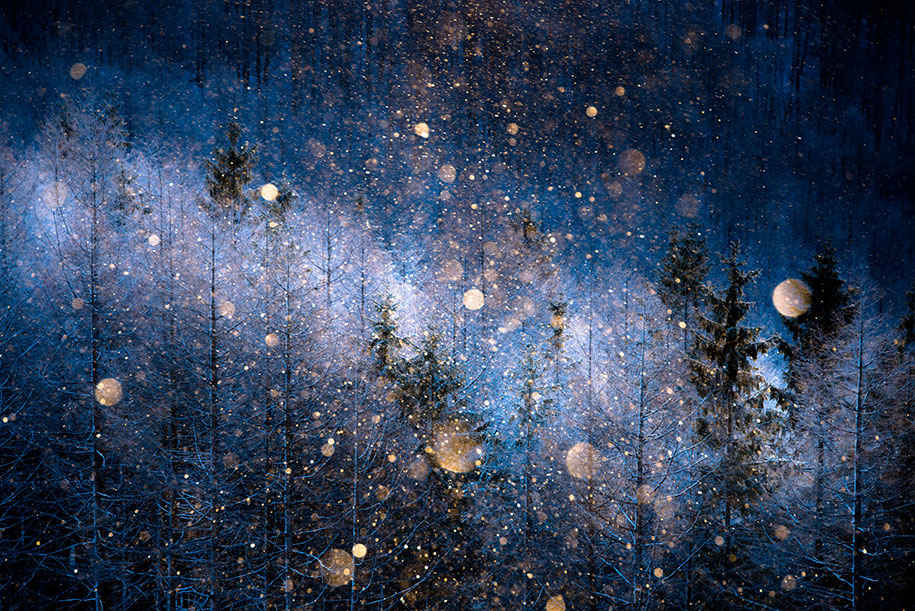 Diamond-Dust. This picture was taken in February in Nagano-ken at an altitude of about 1,700 meters. In Japan, February is the coldest season in a year. Diamond dust can be seen only a few times during cold season. So, it took four years to make this work since I started taking diamond dust. Orange circle is diamond dust. Diamond dust usually looks white, but it turns into orange just for the morning sunrise. I expressed the diamond dust as a silent forest fairy. 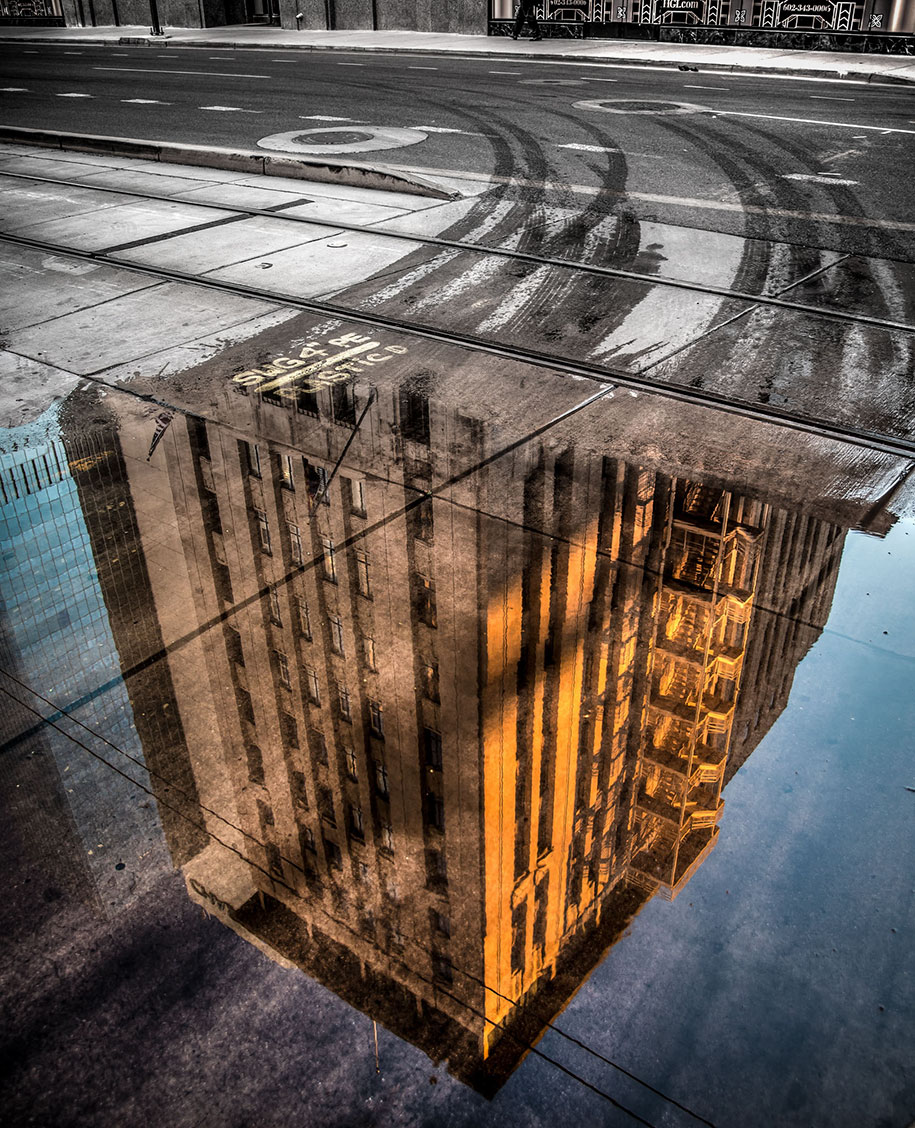 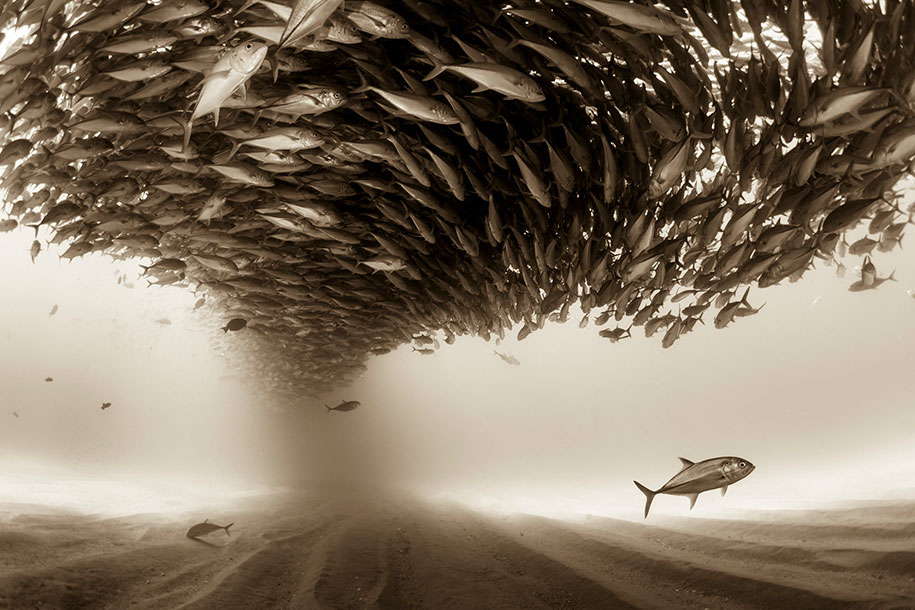 Silent Kingdom. Ever since I was a kid, as far back as I can remember, I was attracted to the sea. I dreamt about what lay beneath the waves, and how would it look if suddenly all the water vanished, leaving all the animals and living creatures in stasis. In this way, I could walk within the ocean and see them all, suspended for a moment in time and space. To this day I carry within me that dream, and very gratefully realize it through my photography. Each image is a visualization of that sublime moment whereupon the beautiful marine life around me is frozen majestically in its natural environment. 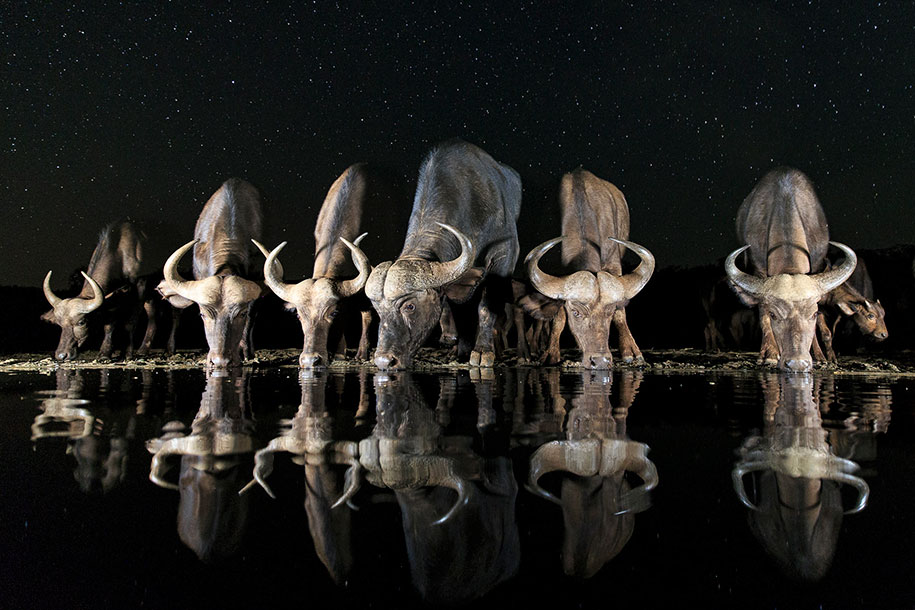 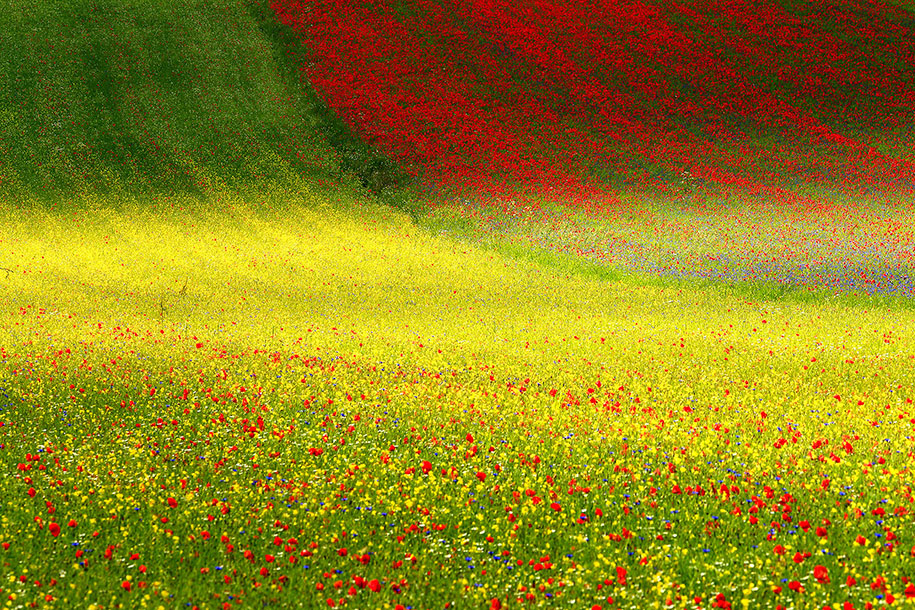 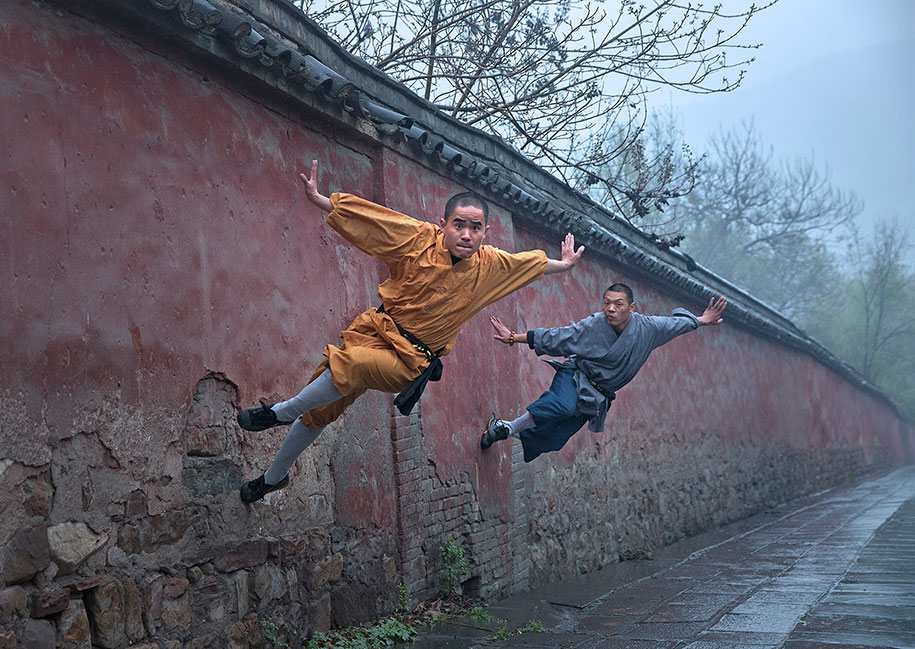 Shaolin Kungfu, also known as Shaolin Wushu, is one of the famous Wushu schools in China. It has a long history and profound influence, is an important part of the traditional martial arts Chinese. The most prominent feature of Shaolin Kung Fu is “Zen Wu one”, namely the Zen in Wuhan, practicing meditation, so there are “Zen martial arts”. 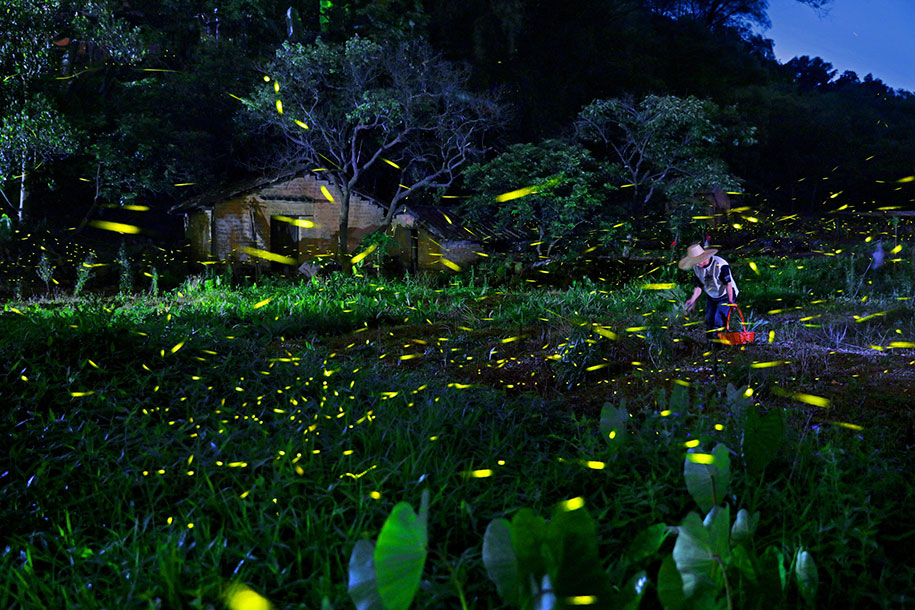 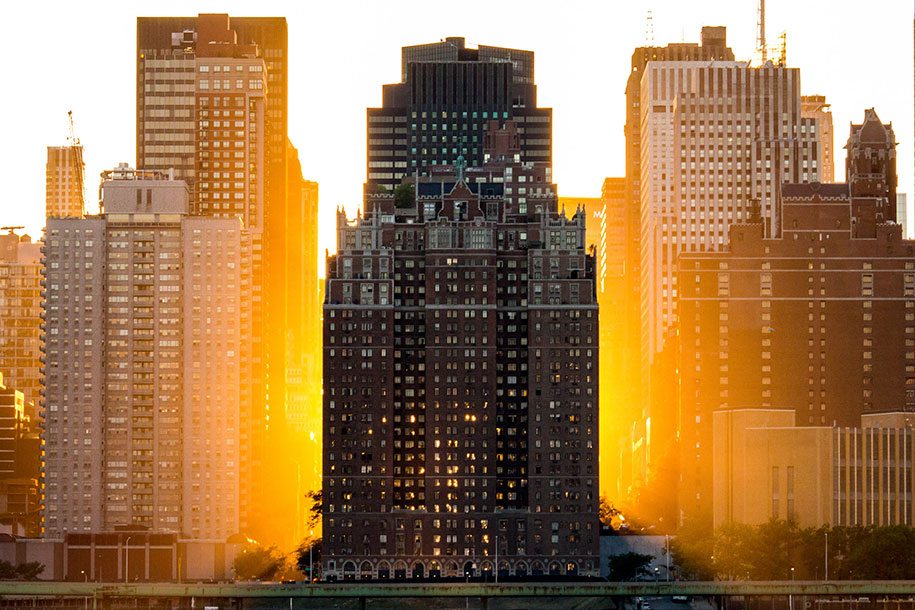 NYC Light II. A Manhattan sunset. Shot from Queens across the East River. Part two in a New York Trilogy which I call “NYC Light.” 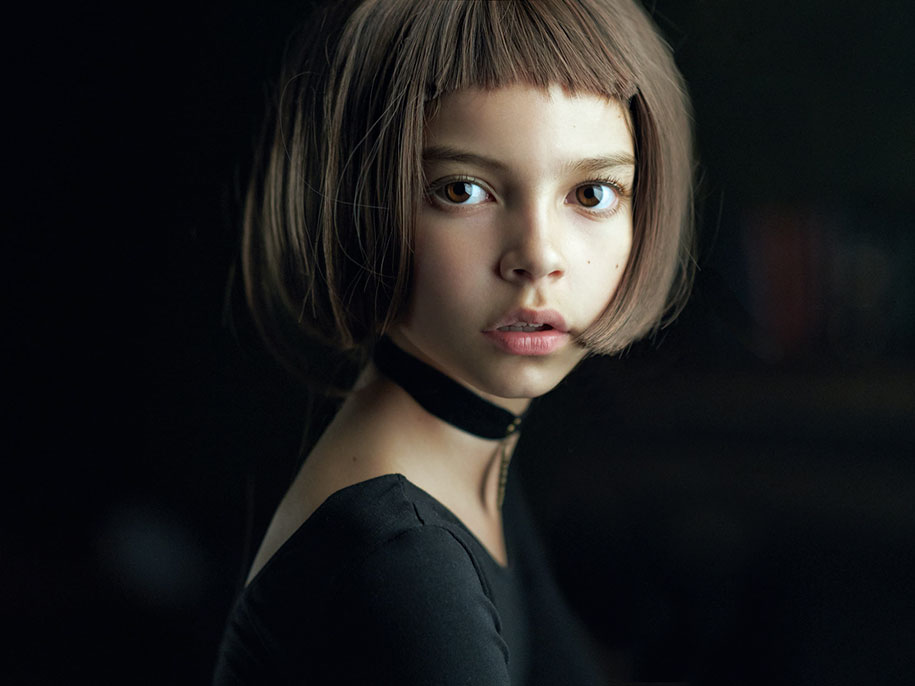 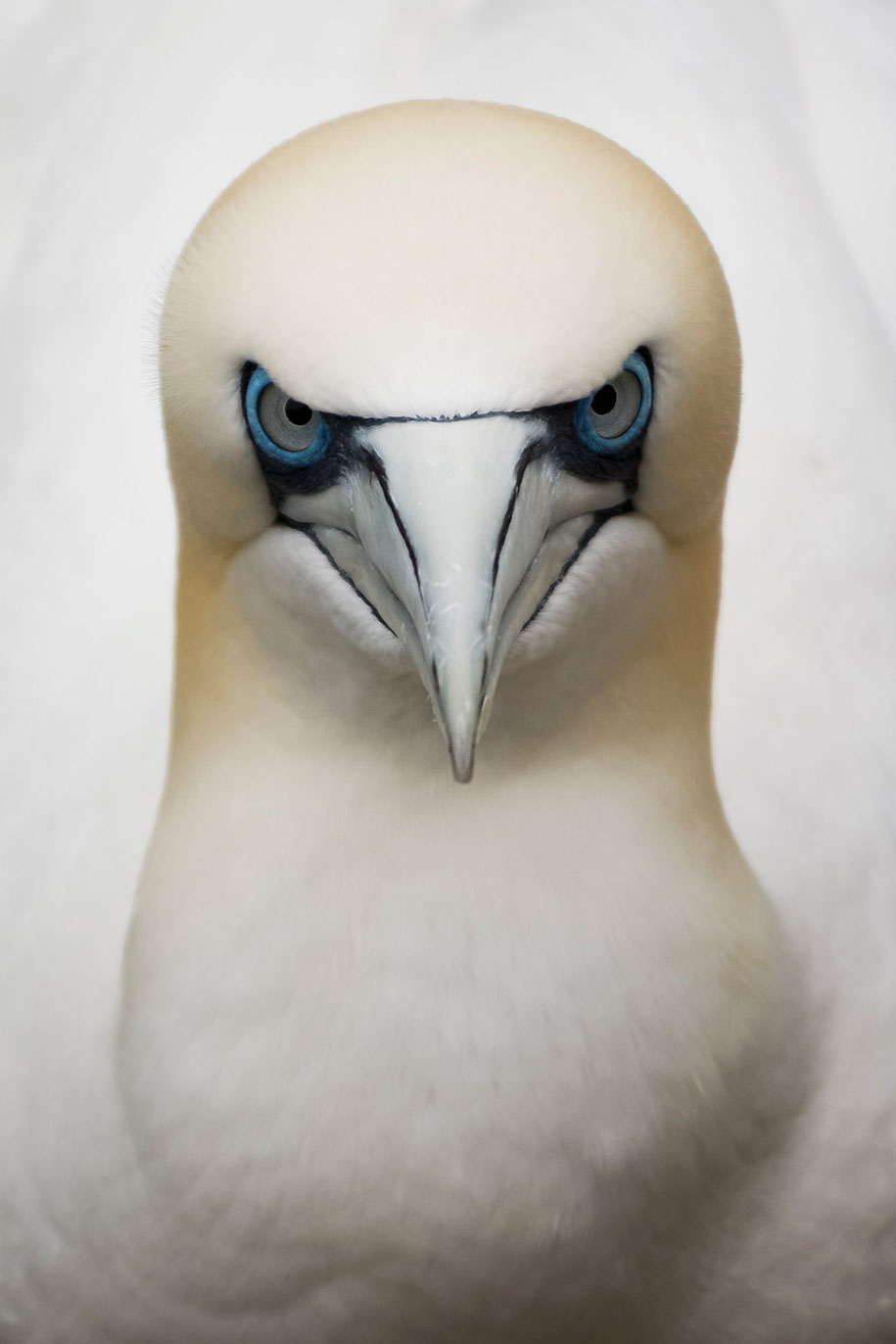 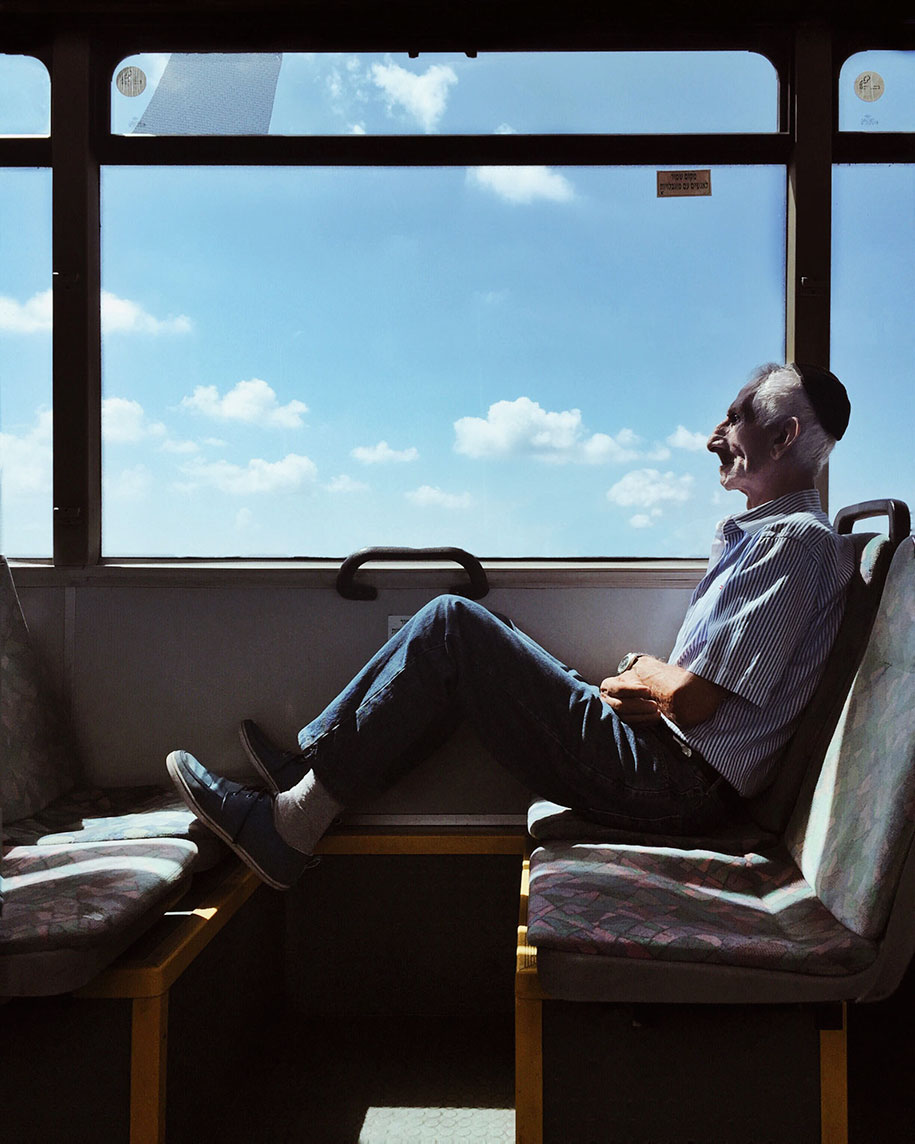 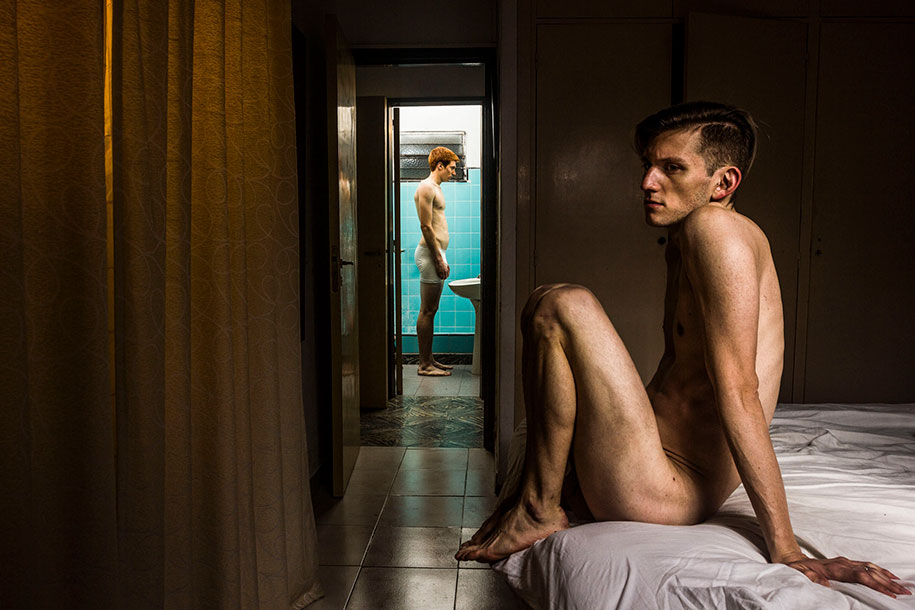 Algo casual 2. This image is a criticism of modern relationships and the distance between human beings in their daily interactions. 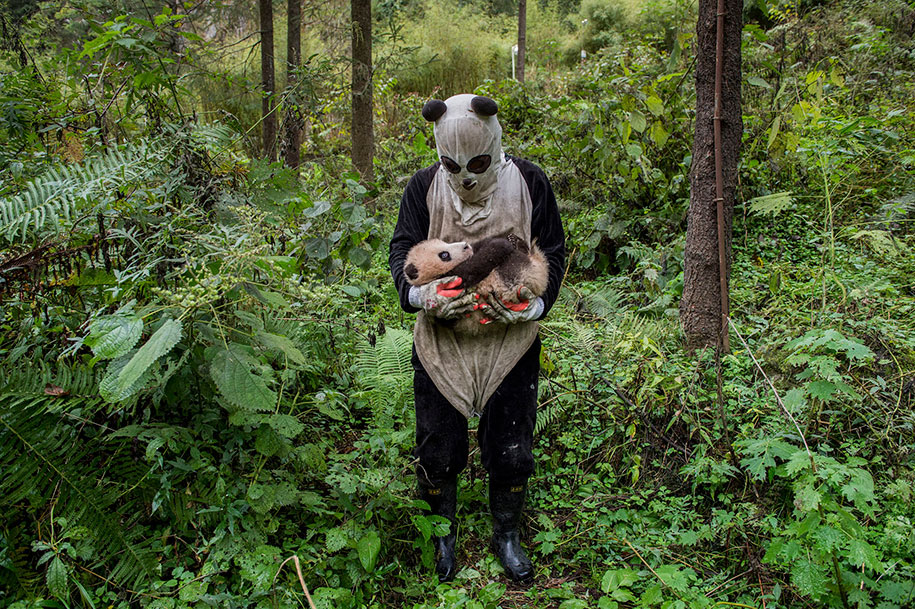 Pandas Gone Wild. Found only in central China, the entire species came dangerously close to extinction. Scientists considered the giant panda a relic species; shy, and difficult to breed in captivity. But now there is a glimmer of hope, as years of research are finally paying off. In a region where bad environmental news is common, China cracked the code and is on its way to successfully saving its most famous ambassador. The giant panda was recently taken off the endangered species list! 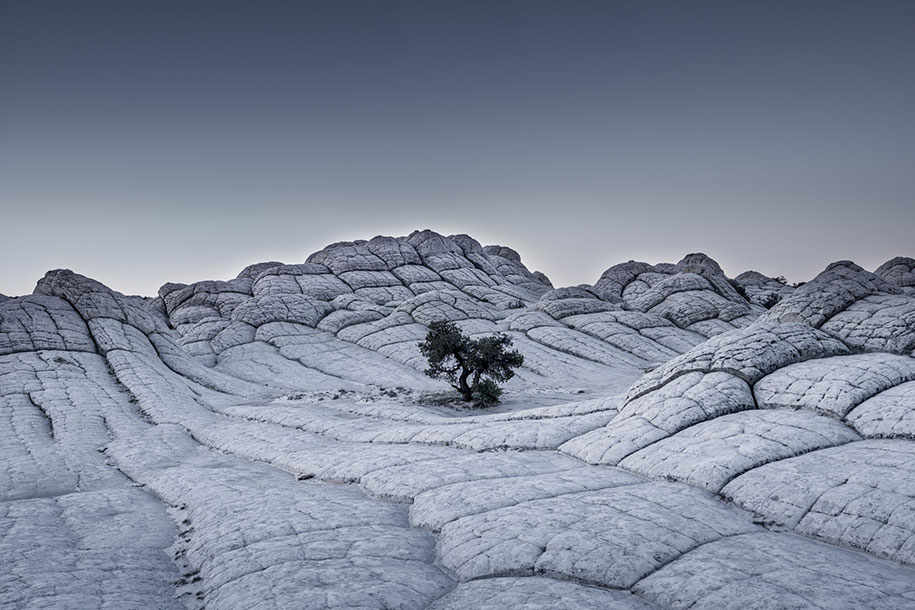 GREY MATTER(S). No light, no colours. By photographing our colourful world at times & places, where there is no colour, the illusion of a colourful reality is being unmasked. For two years Tom Jacobi travelled to six continents, searching for archaic landscapes – mystical places that had been shaped over thousands of years by nature, yet they seem timeless, even modern. The landscapes unfold their strength and spirituality in front of the beholder. Through the absence of the Juggler Colour the planet seems to find peace, just like it might have done long time before our existence. 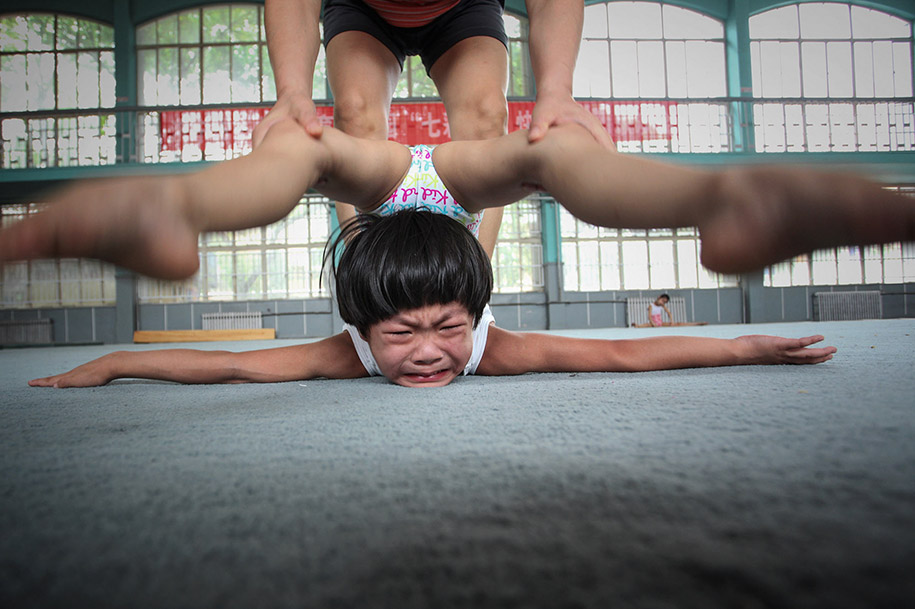 The twins’ gymnastics dream. This series was taken in a sports school in Jining, in Shandong province, China. Liu Bingqing and Liu Yujie are twin sisters, who have liked gymnastics since their childhood. They have studied, trained and grown up here. 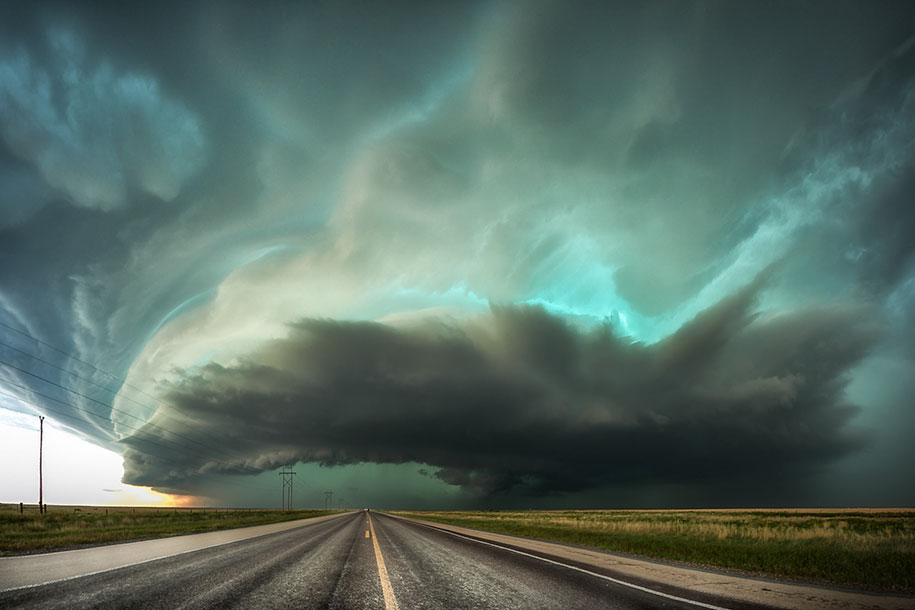 Green monster. May 16, 2016, a tornado warned high precipitation supercell storm is rolling over the town of Stratford, Texas. Its structures and color seem unreal and belong to the most dramatic I have ever witnessed in many years. I only had a few moments to find a decent spot to capture this amazing view. There was a bigger gap in the traffic along the highway so I had enough time to take a few photos. The image is a panorama of two images, further editing includes primarily color and local contrast enhancements, highlight recovery, foreground brightened up, and adding vignette. 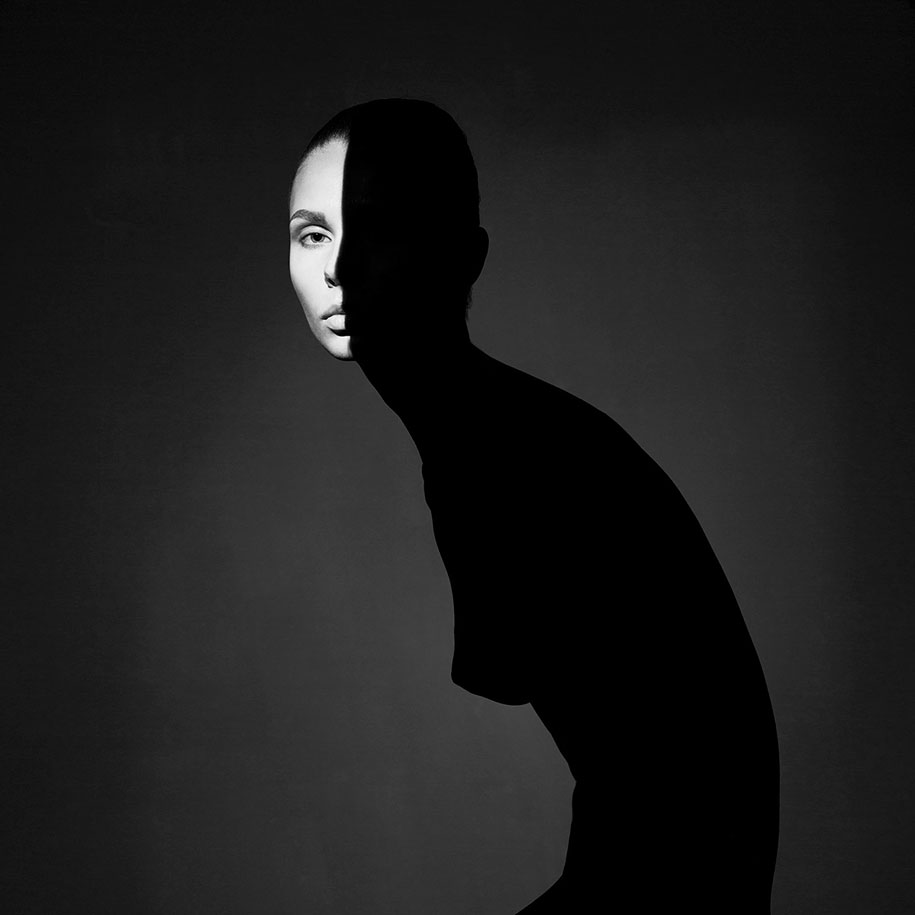 Light. Shadows. Perfect Woman. Arranging the delicate balance of the correlation of the dark and the light the author discovers the obvious monumentality and duality of the images of the perfect woman. Within the space of the picture, the light becomes flat and the dark becomes deeper, highlighting all conventions and details. With this approach, the geometry of light becomes not only a sculptural language but also correlates with the meaning of the subject. The concept of “the perfect” in the photographs is contradictory in nature; on the one hand, it is monumental and complete, and on the other hand it is naked and vulnerable. These opposing concepts are at the heart of the works. 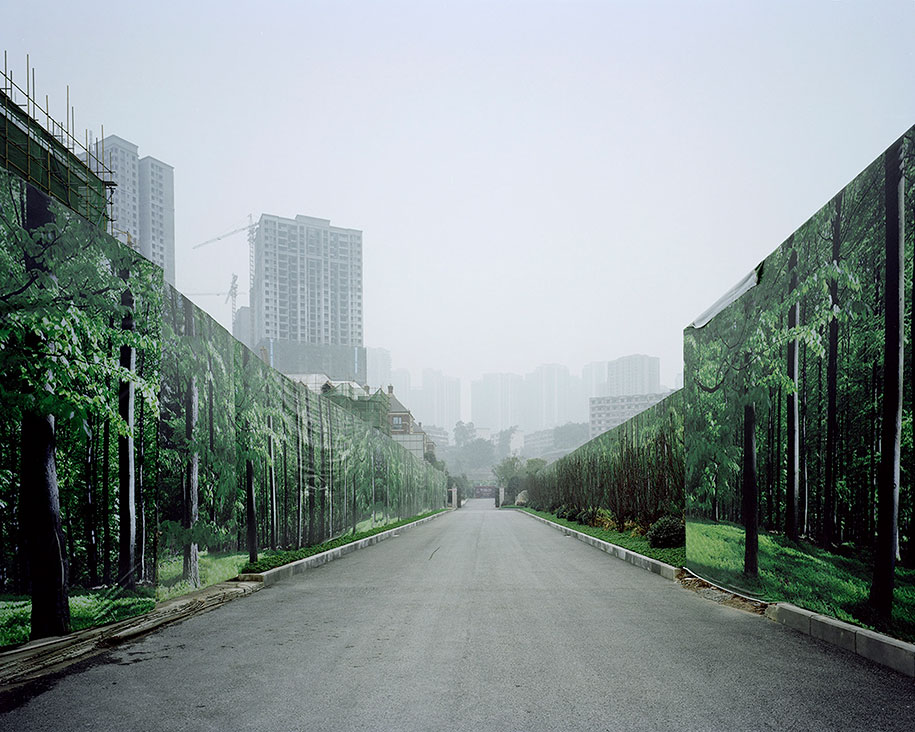 China West. In western China, the pace of economic development has ushered in a new and unprecedented period of transformation, one that has radically redefined the topography of the country whilst displacing significant parts of its population from rural areas to vast, newly-built mega cities. Semi-deserted landscapes carry a profound ambivalence, suggesting at the same time fecundity and sterility, a promise and nothingness. China West is a visual exploration of the impact economic development has had on western China’s landscape, focusing on the dwindling interstice left between nature and urbanisation, a space, which, perhaps more than any other, reveals the true process of change.