I might be a salty old internet dog, but few digital things bring warmth to the cockles of my heart like animal friends by Liz Climo. They are extremely short comics about animals having people problems – with hilarious animal twists. The punchline is quick to come and usually very sweet without becoming unbearably so.

The comics show Climo not only as a talented illustrator, but as good writer, too. The animals lack facial expressions, so their feelings have to be shown through body language as well as actual speech. And those are unflinchingly spot on.

Liz Climo works as an illustrator and storyboard revisionist (sounds scary!) for the Simpsons. “I studied Art at San Jose State University but was rejected when I applied to the school of Animation. Then, two weeks later, I got a job on The Simpsons,” she wrote on her website. “The lesson? Stay in school- unless the school doesn’t want you and you get a job offer. In that case pack your bags and don’t look back.”

Have a look at some of her stuff we posted earlier here. 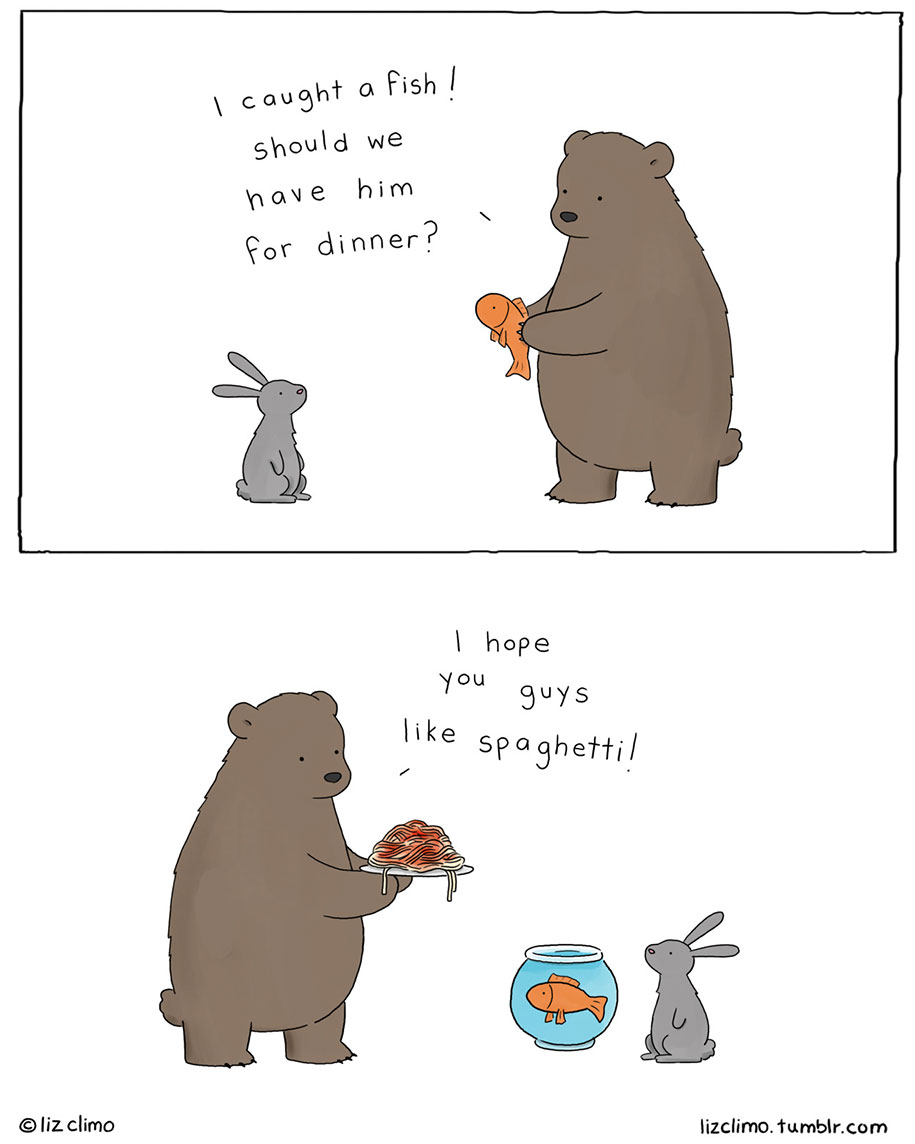 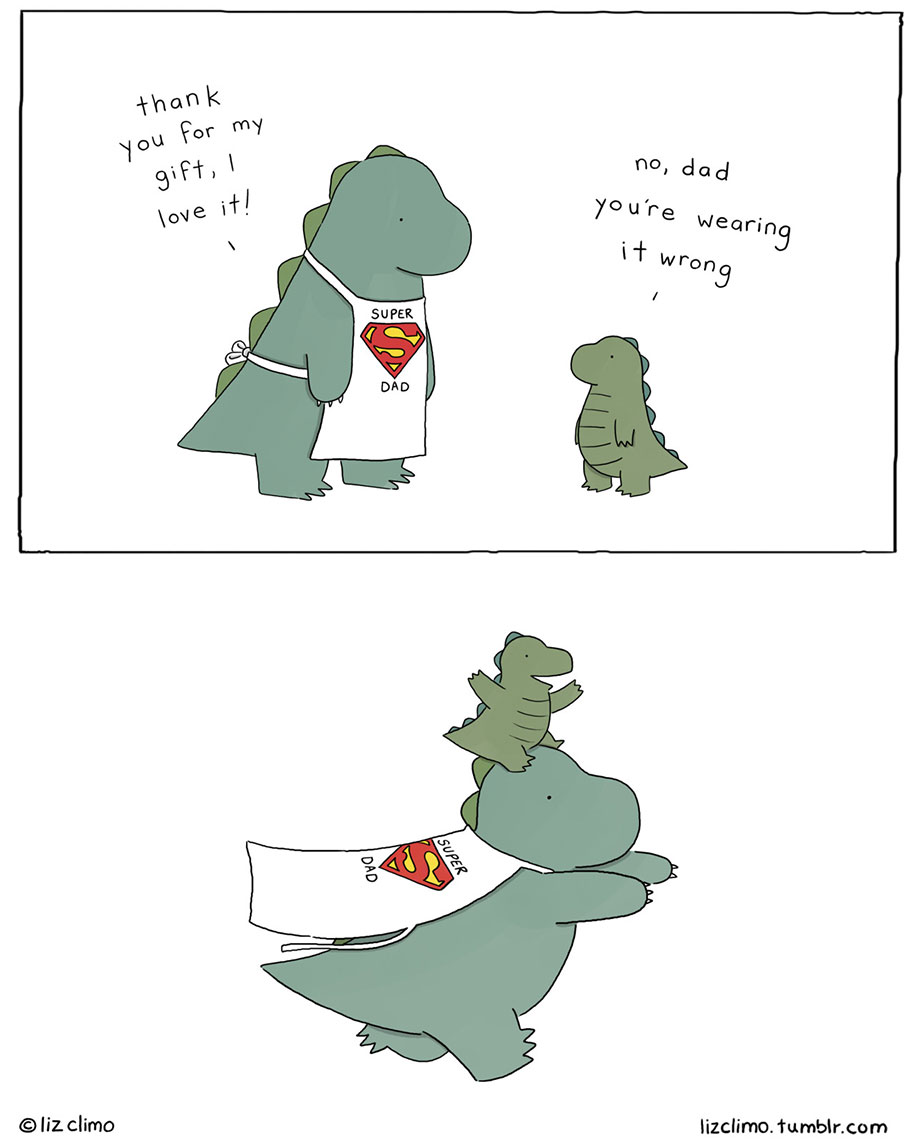 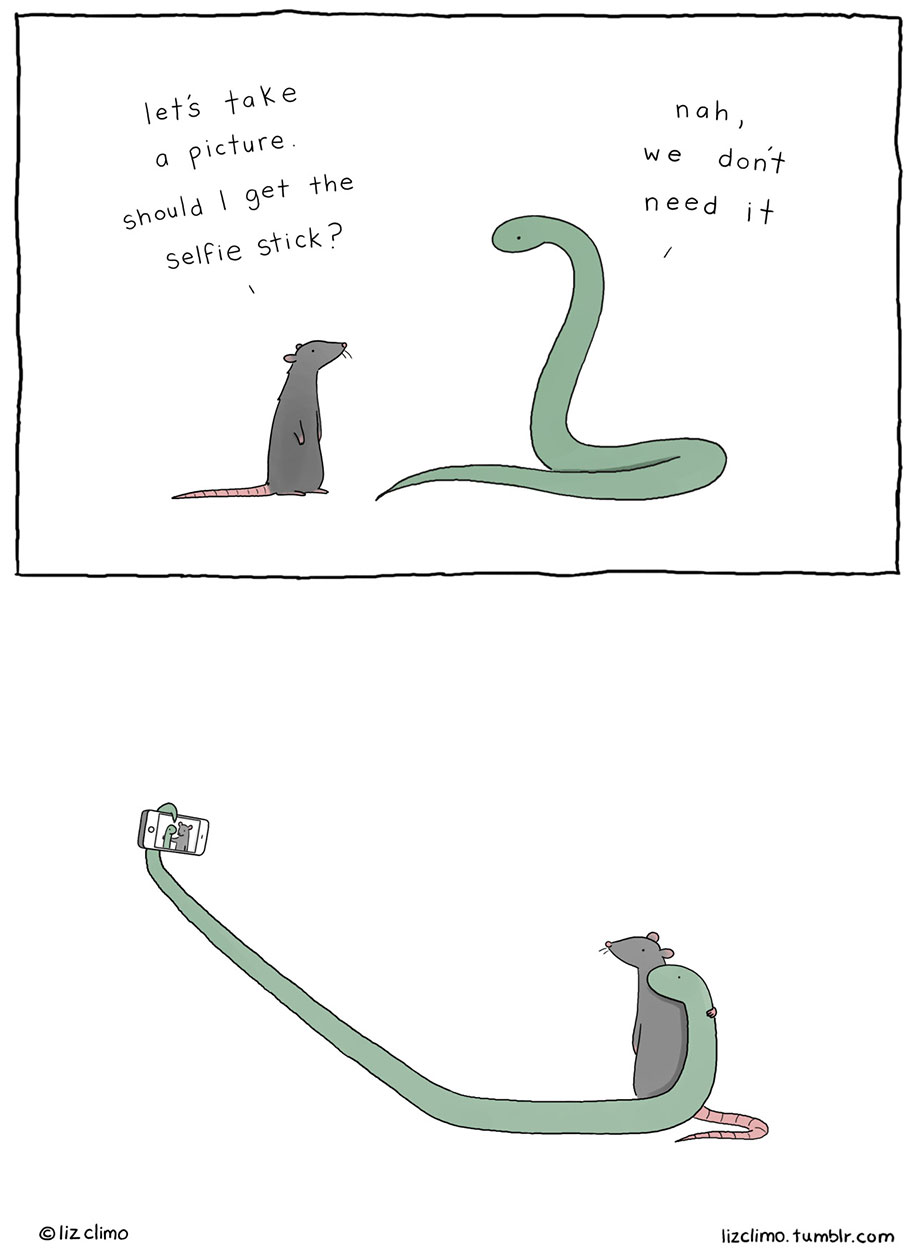 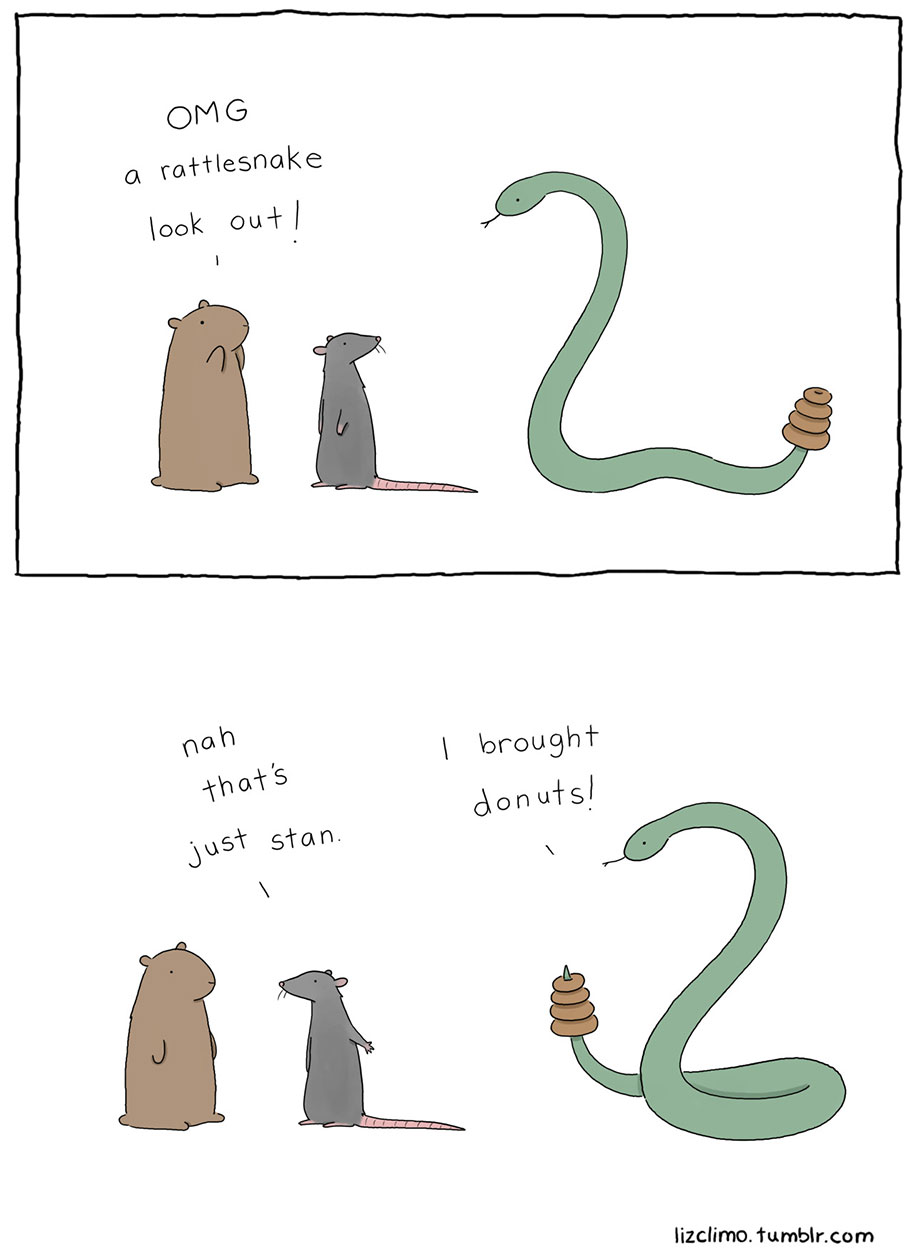 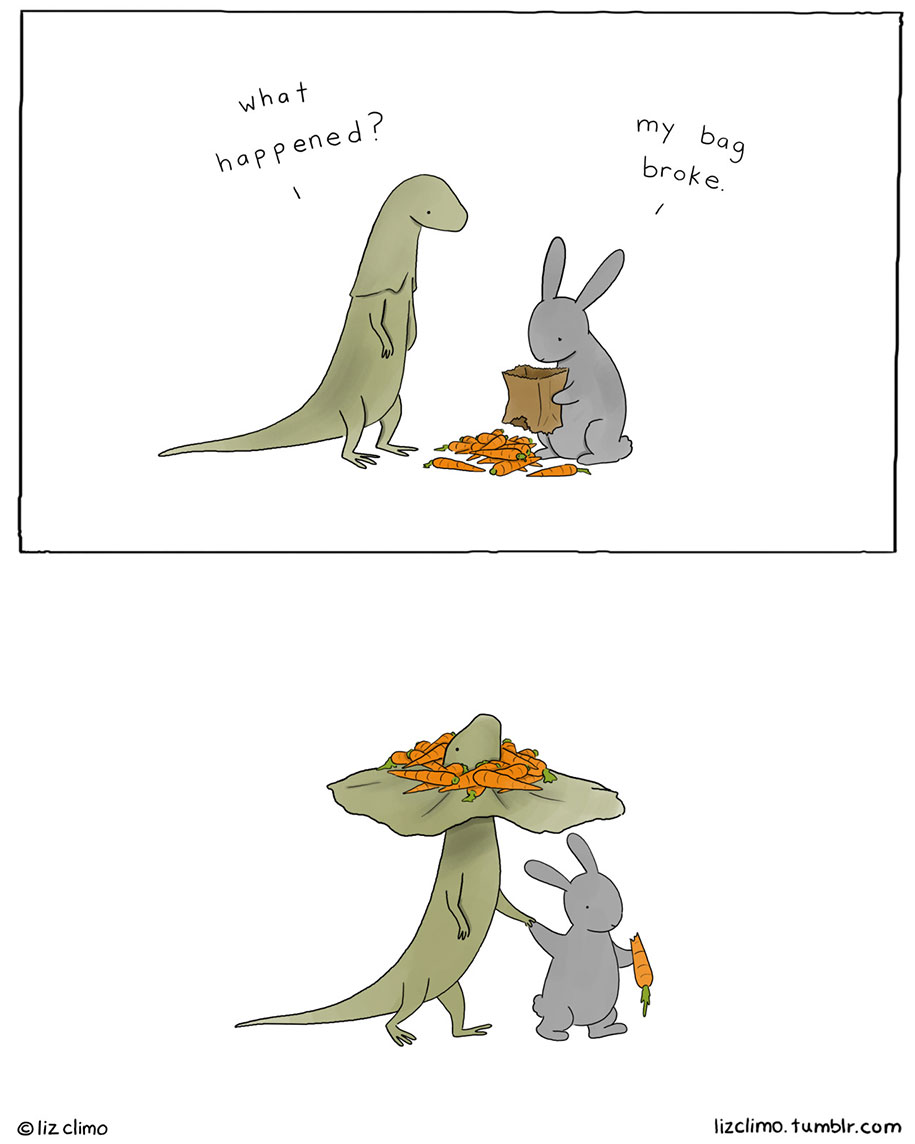 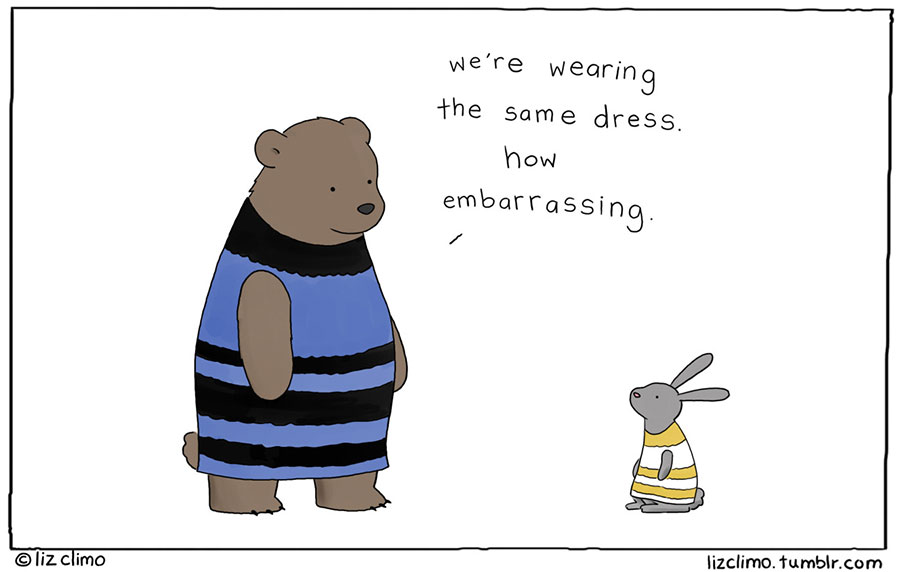 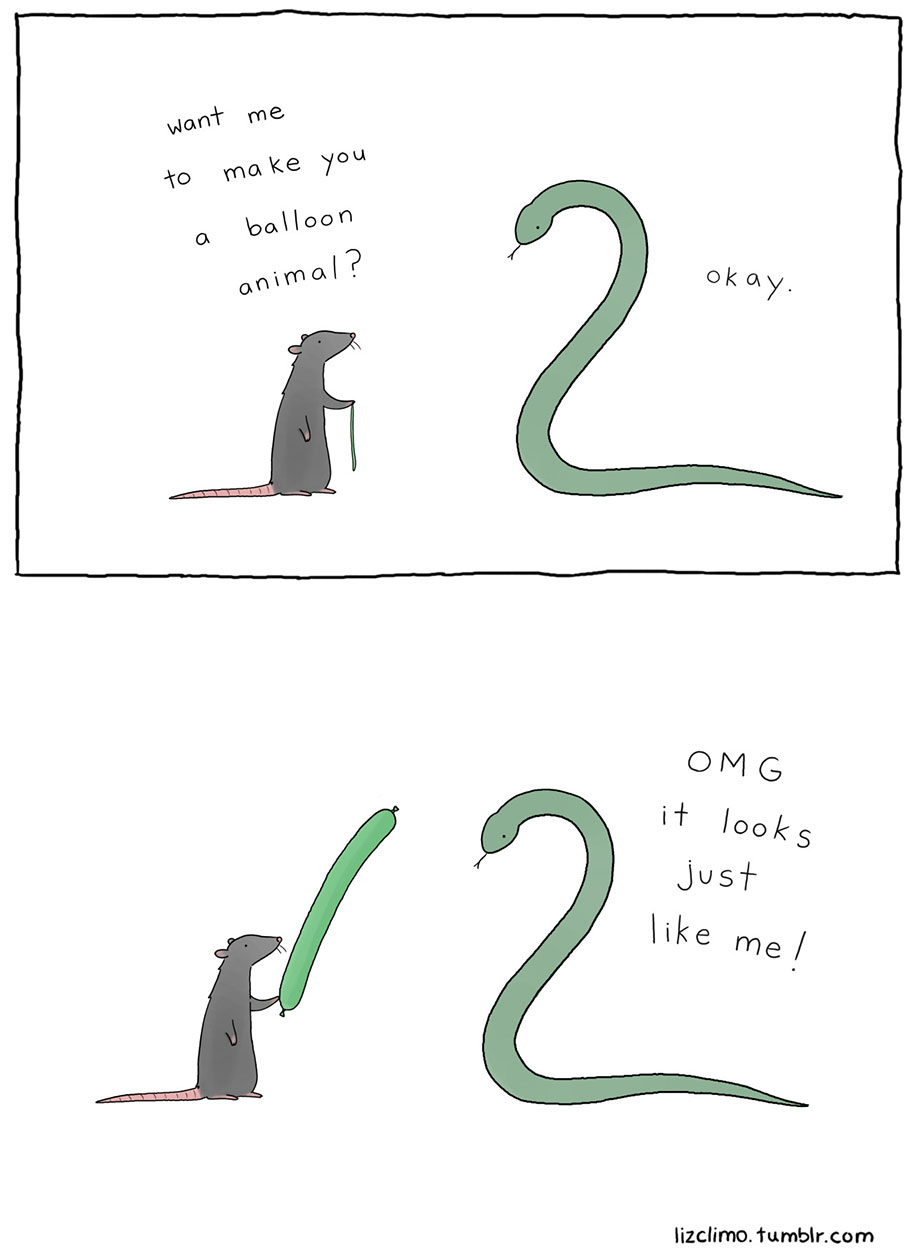 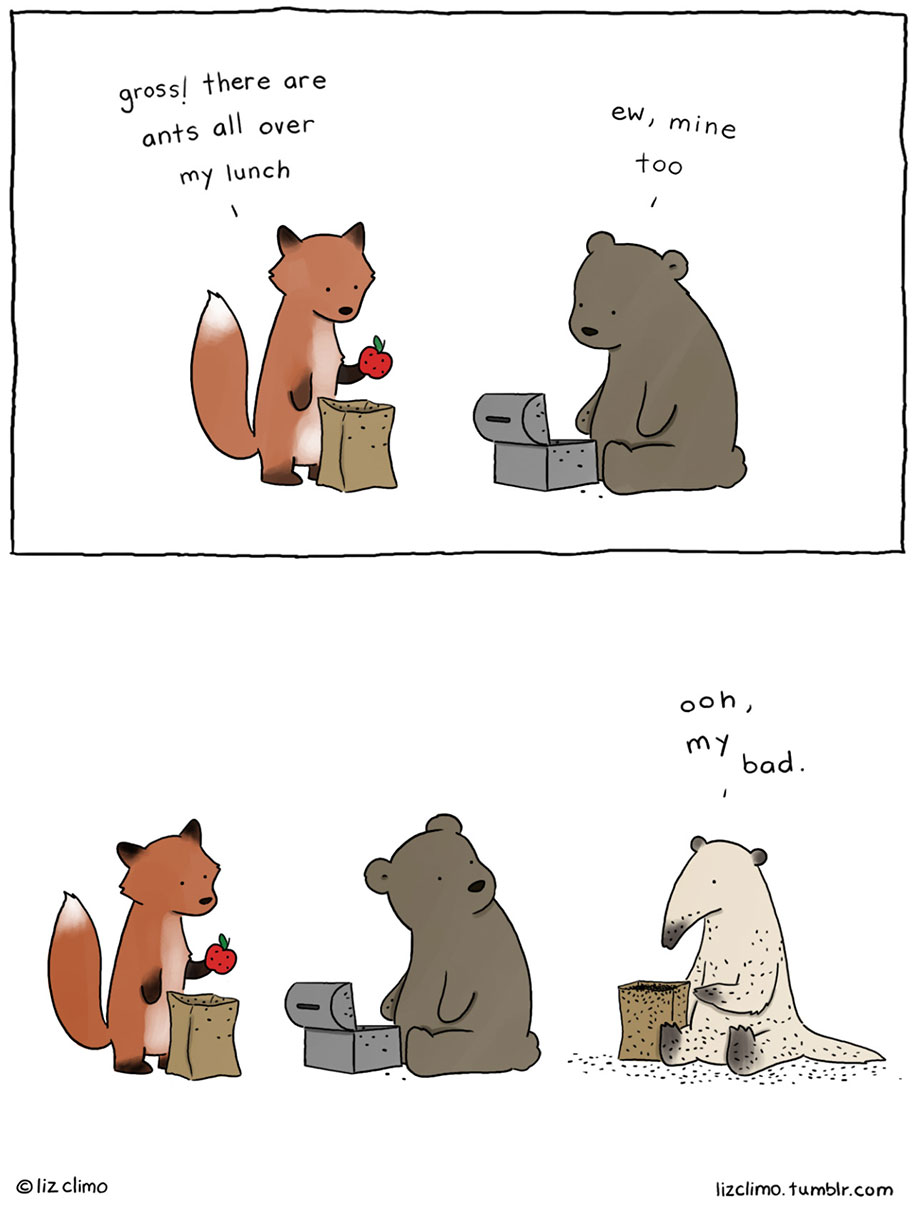 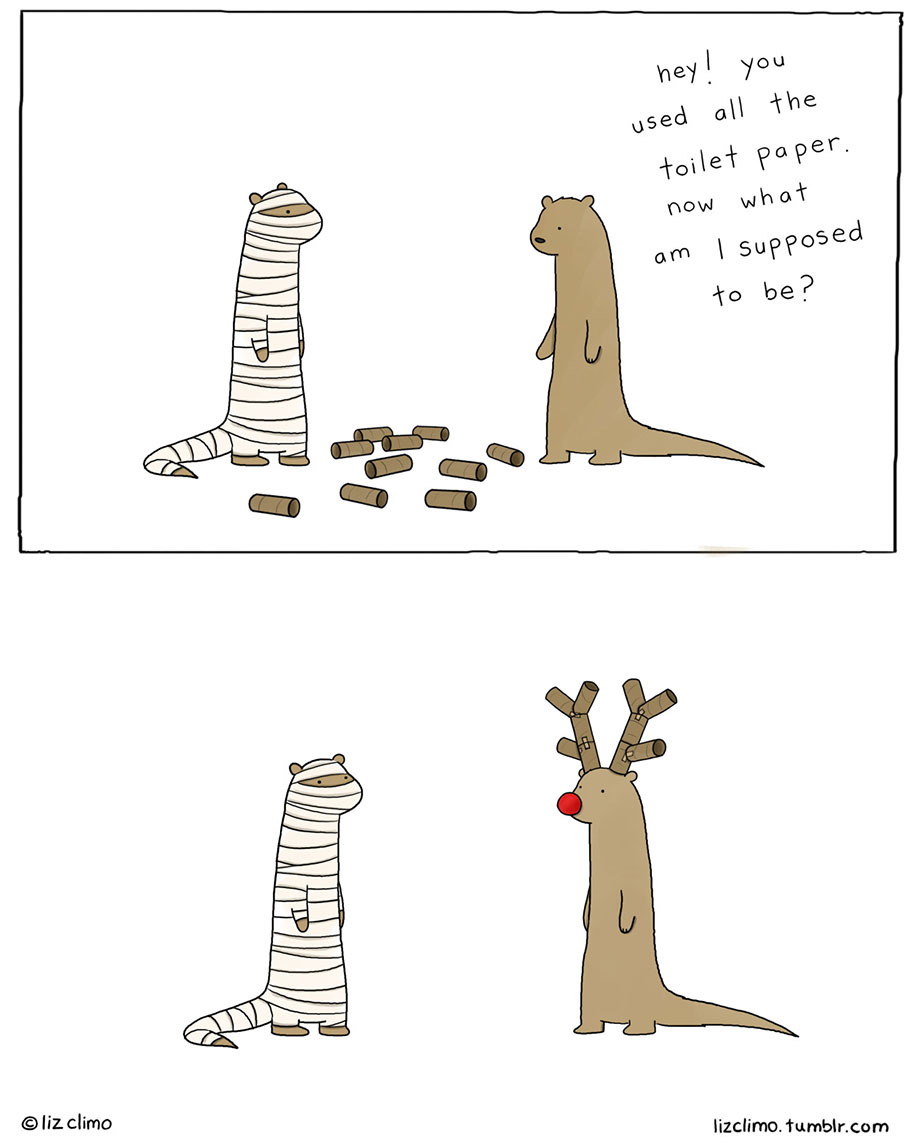 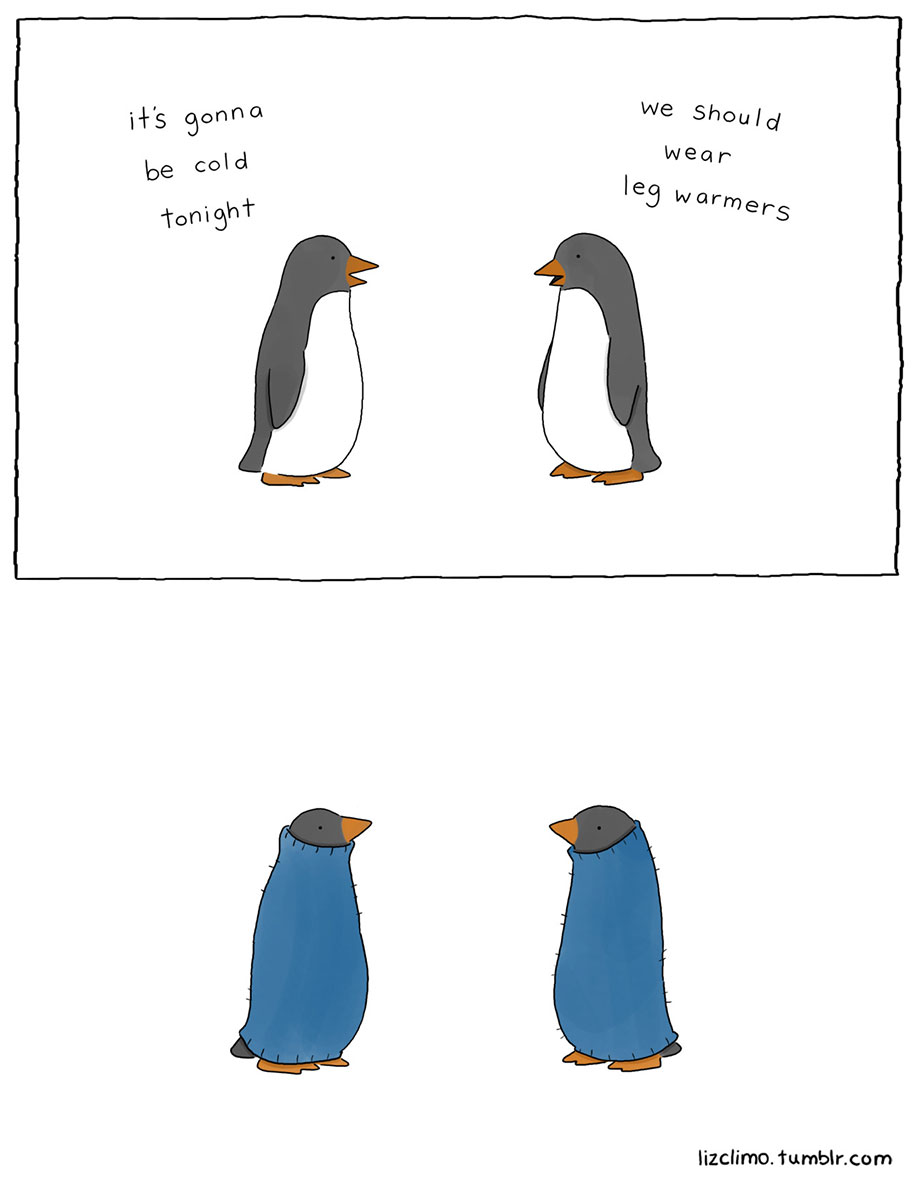 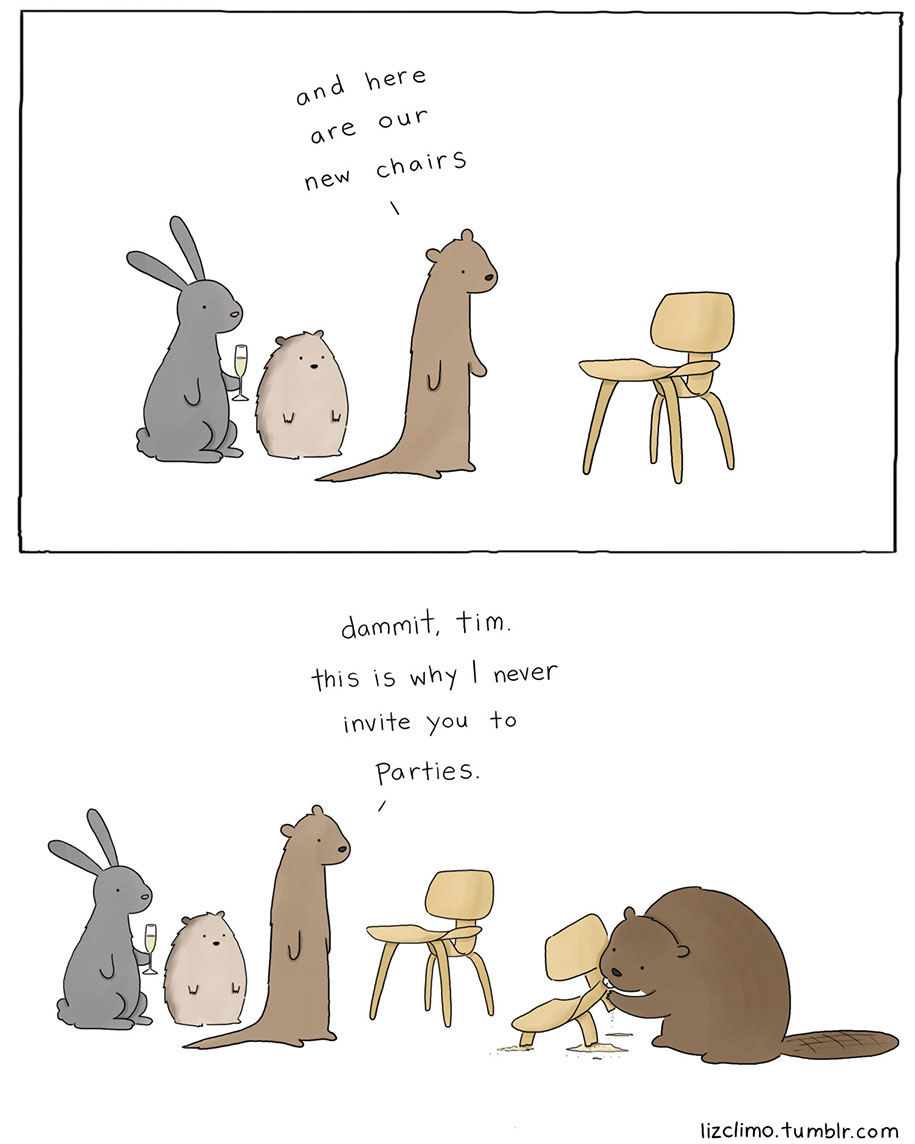 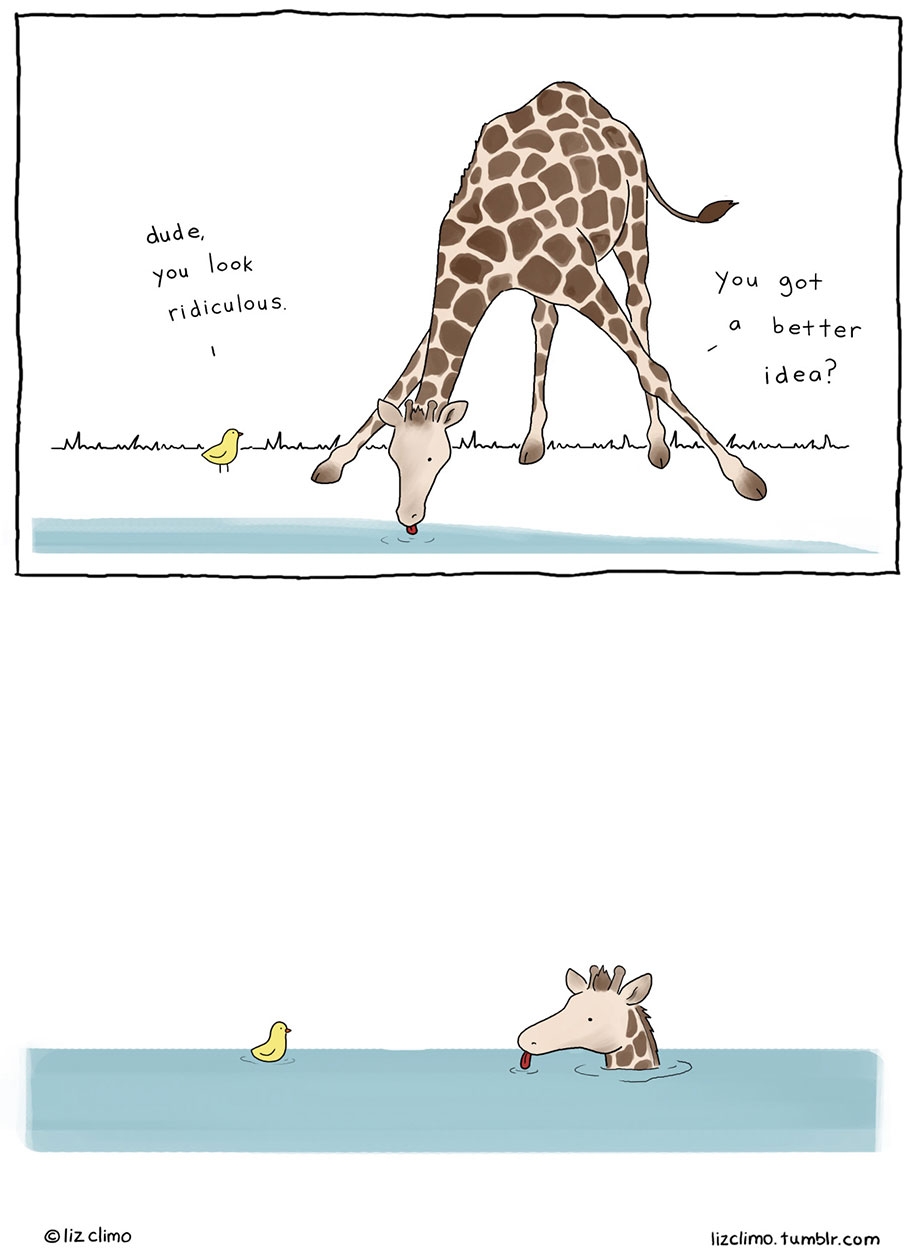 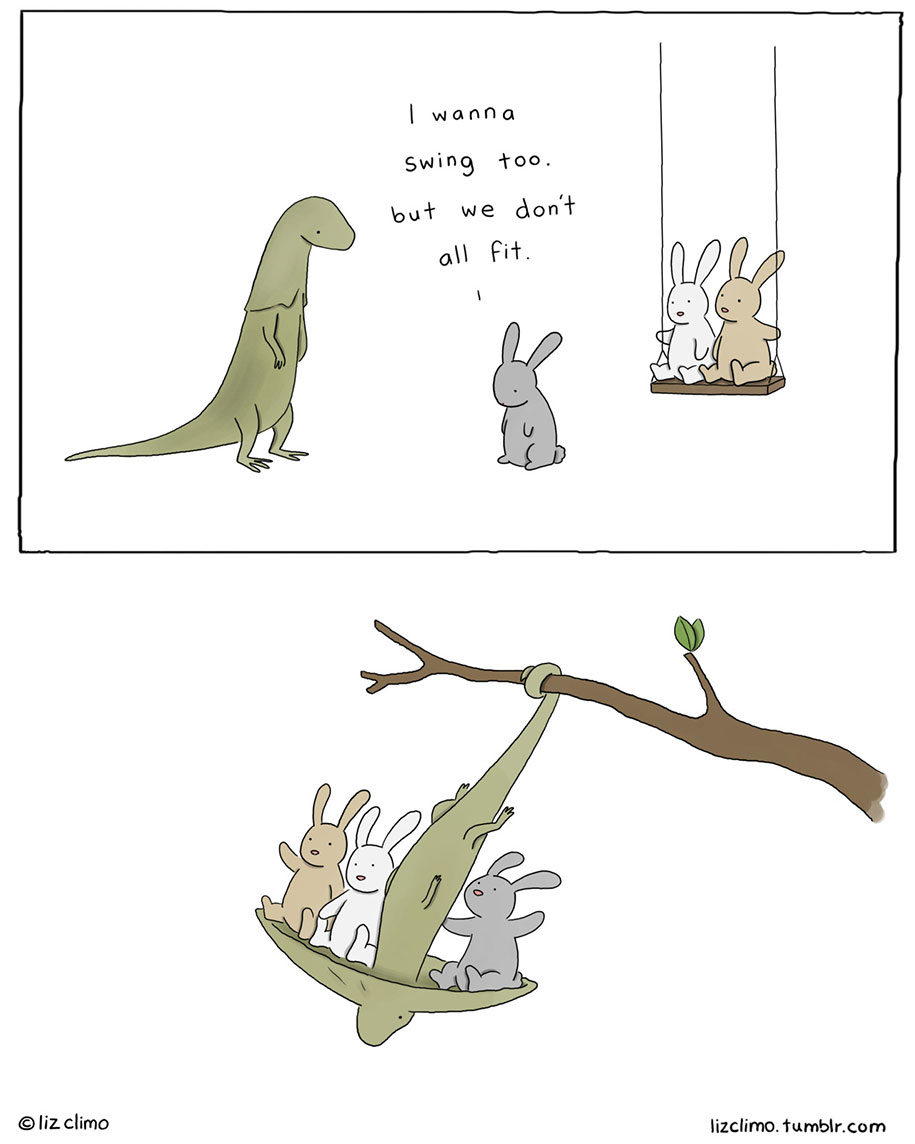 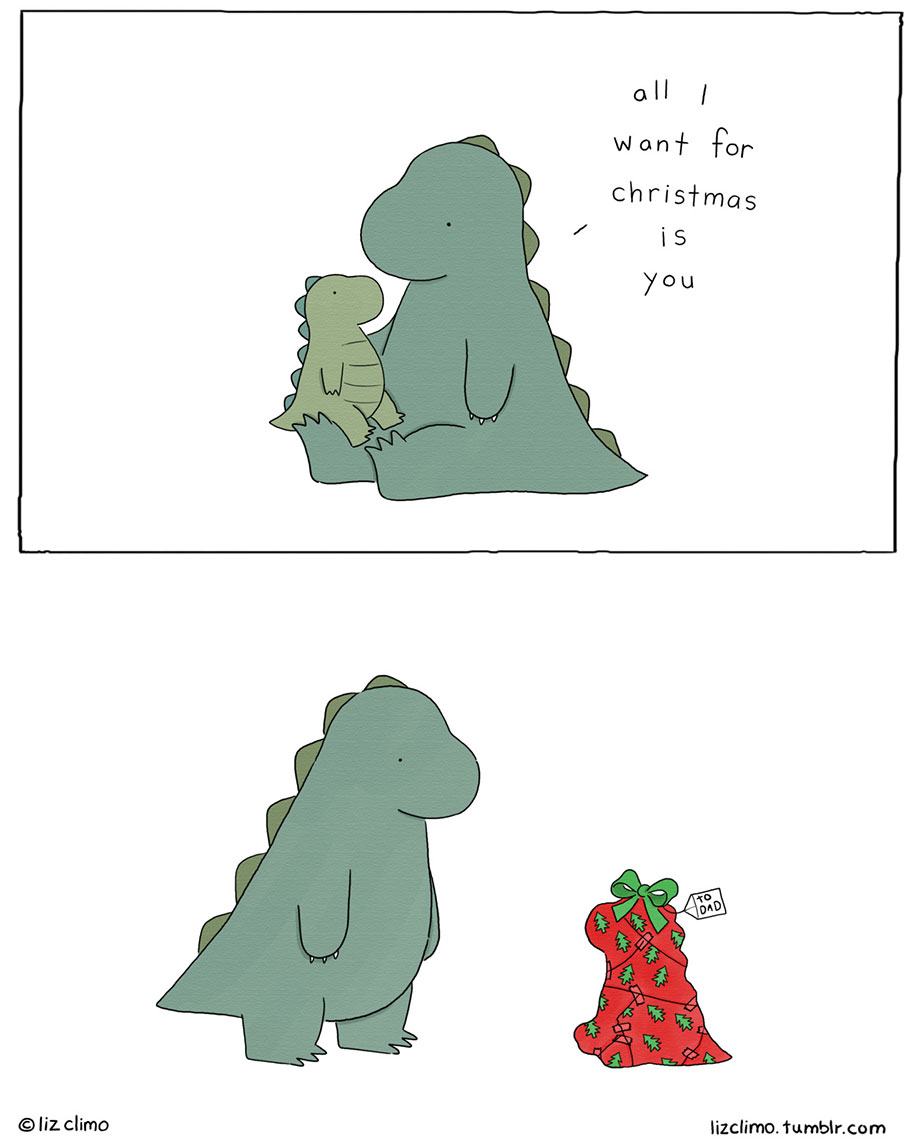 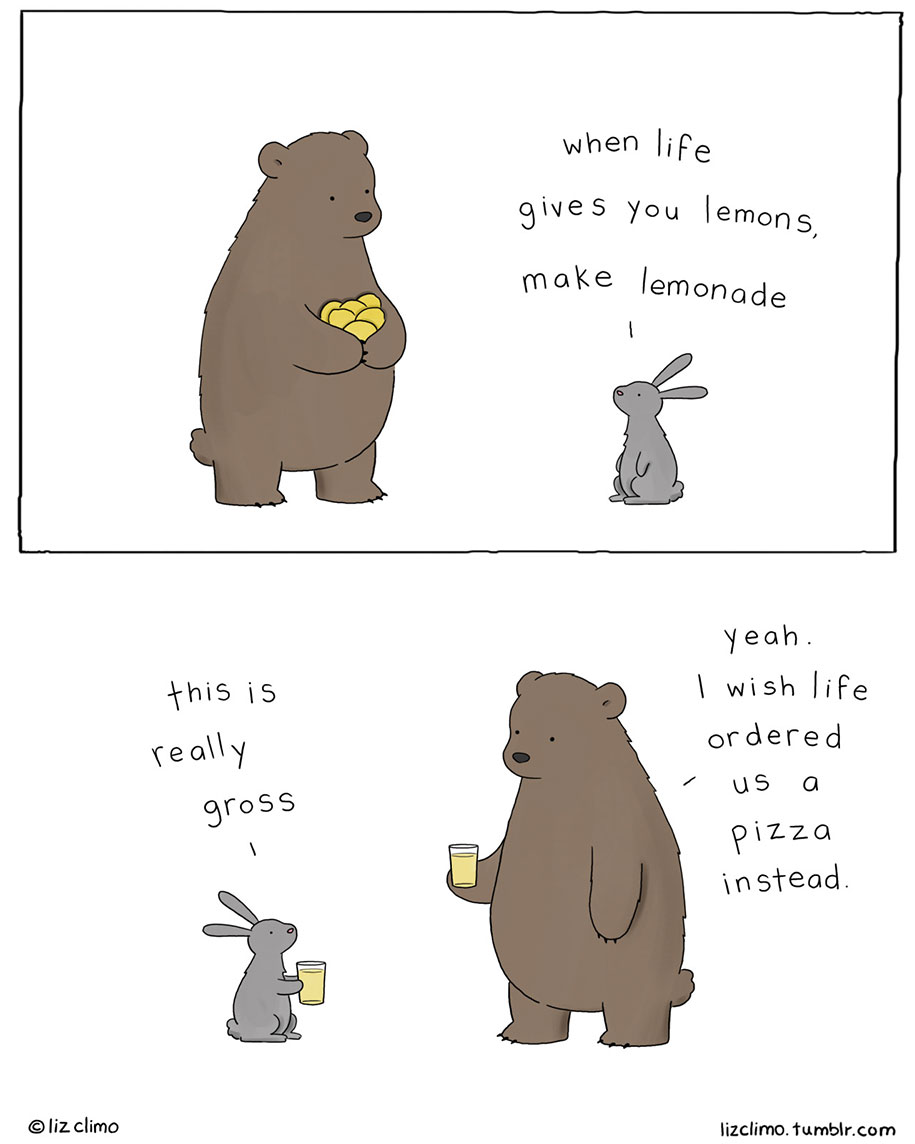 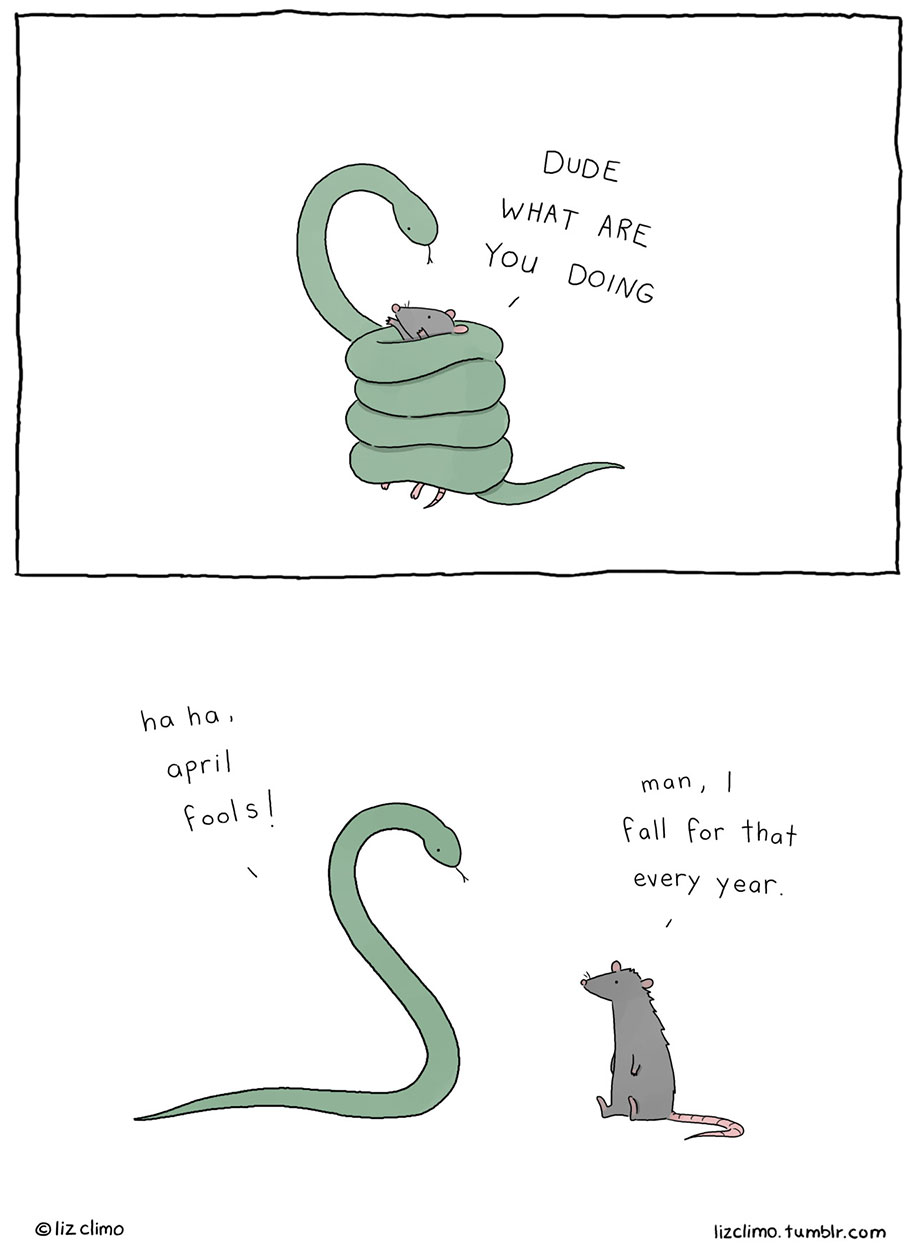 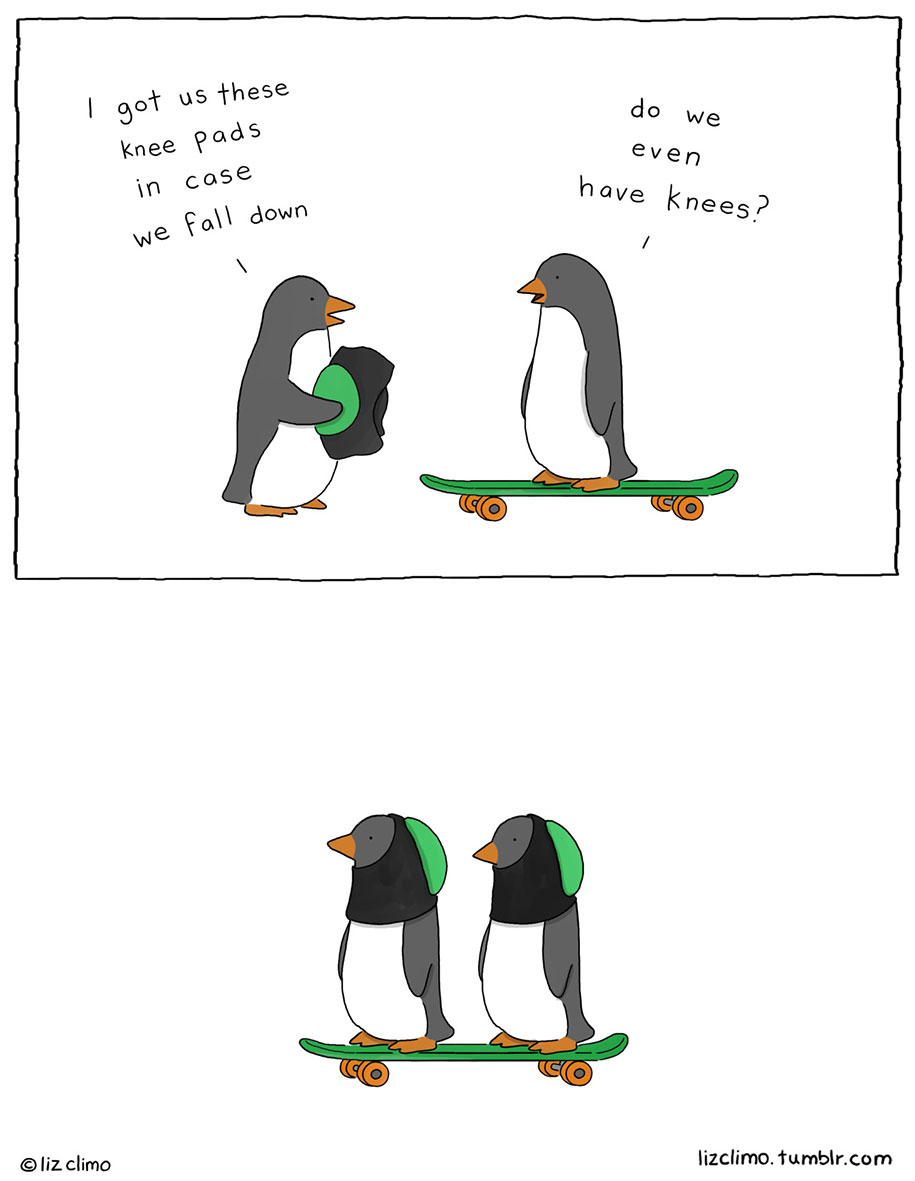 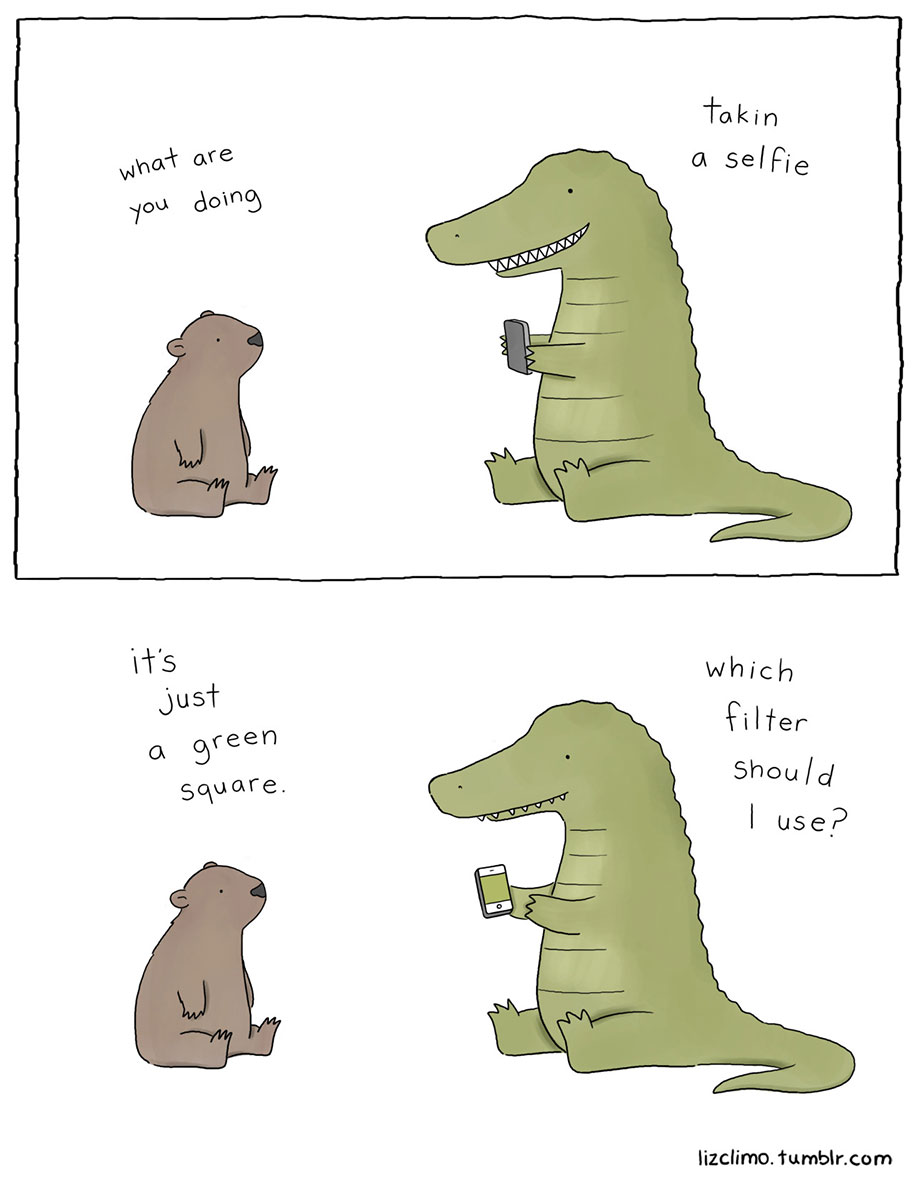 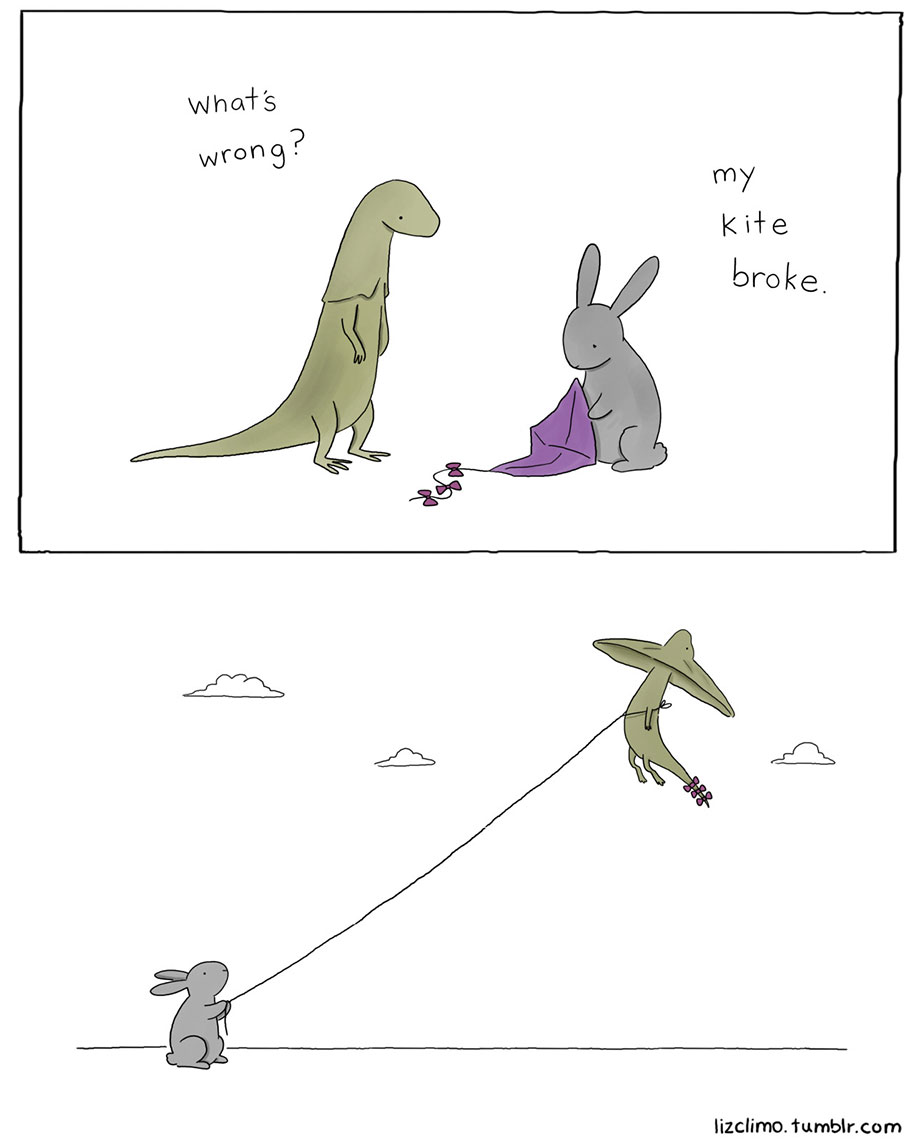 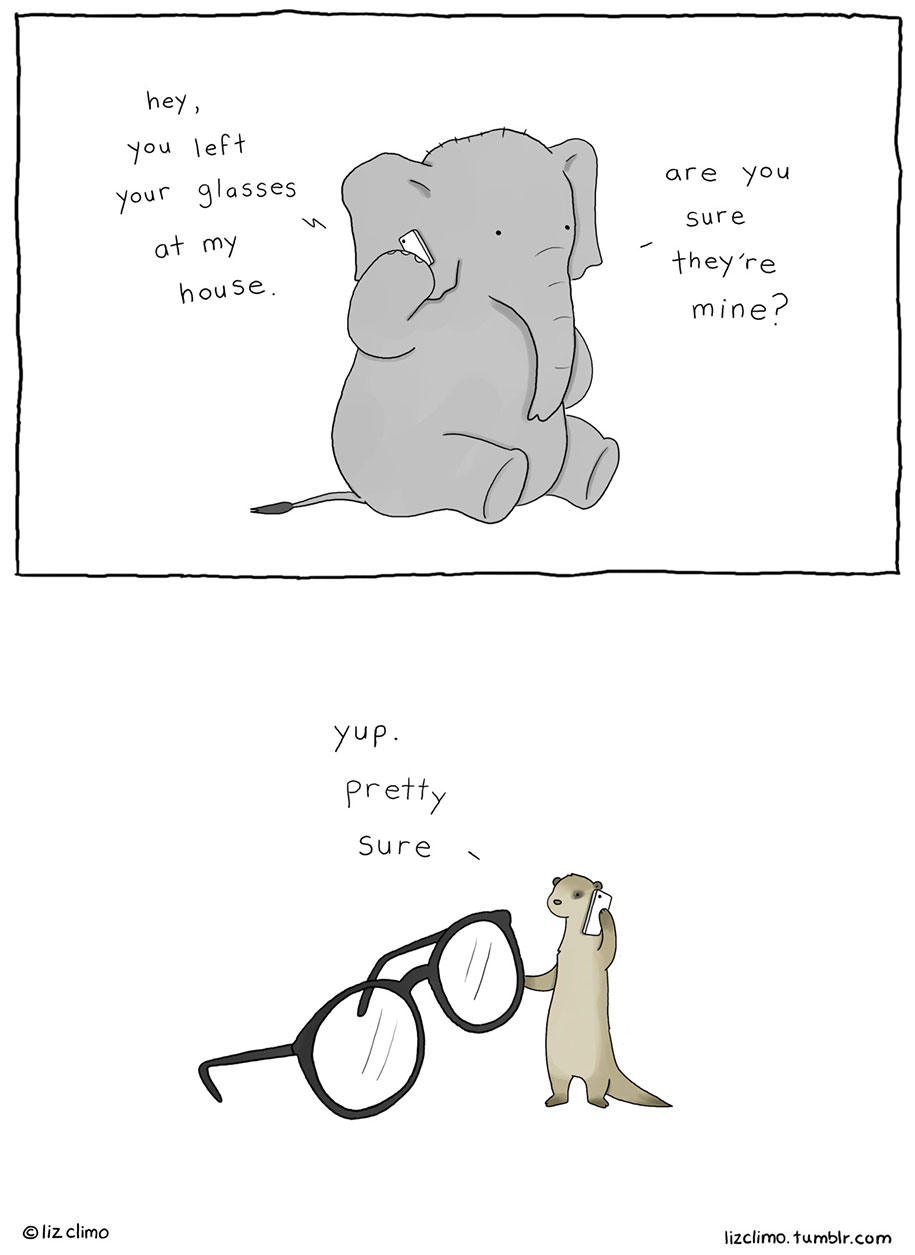 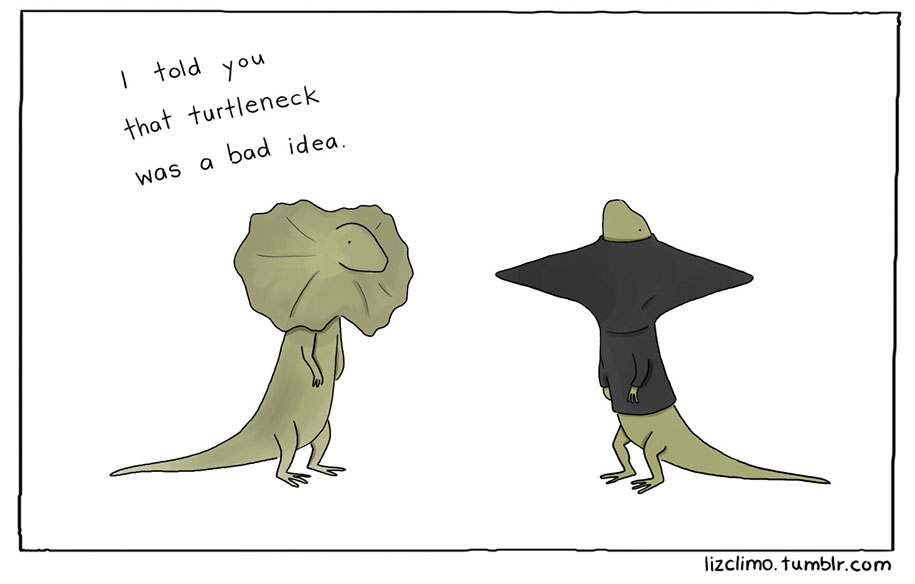 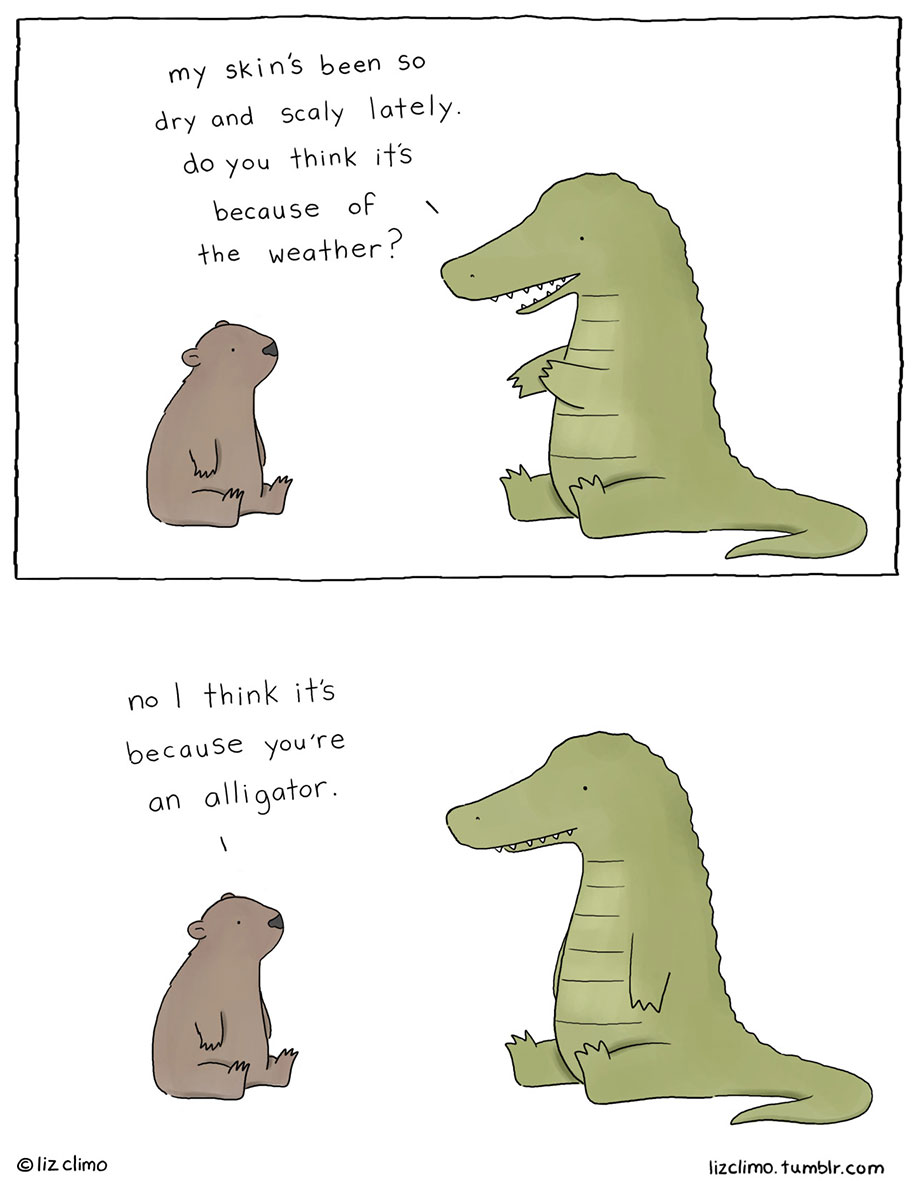 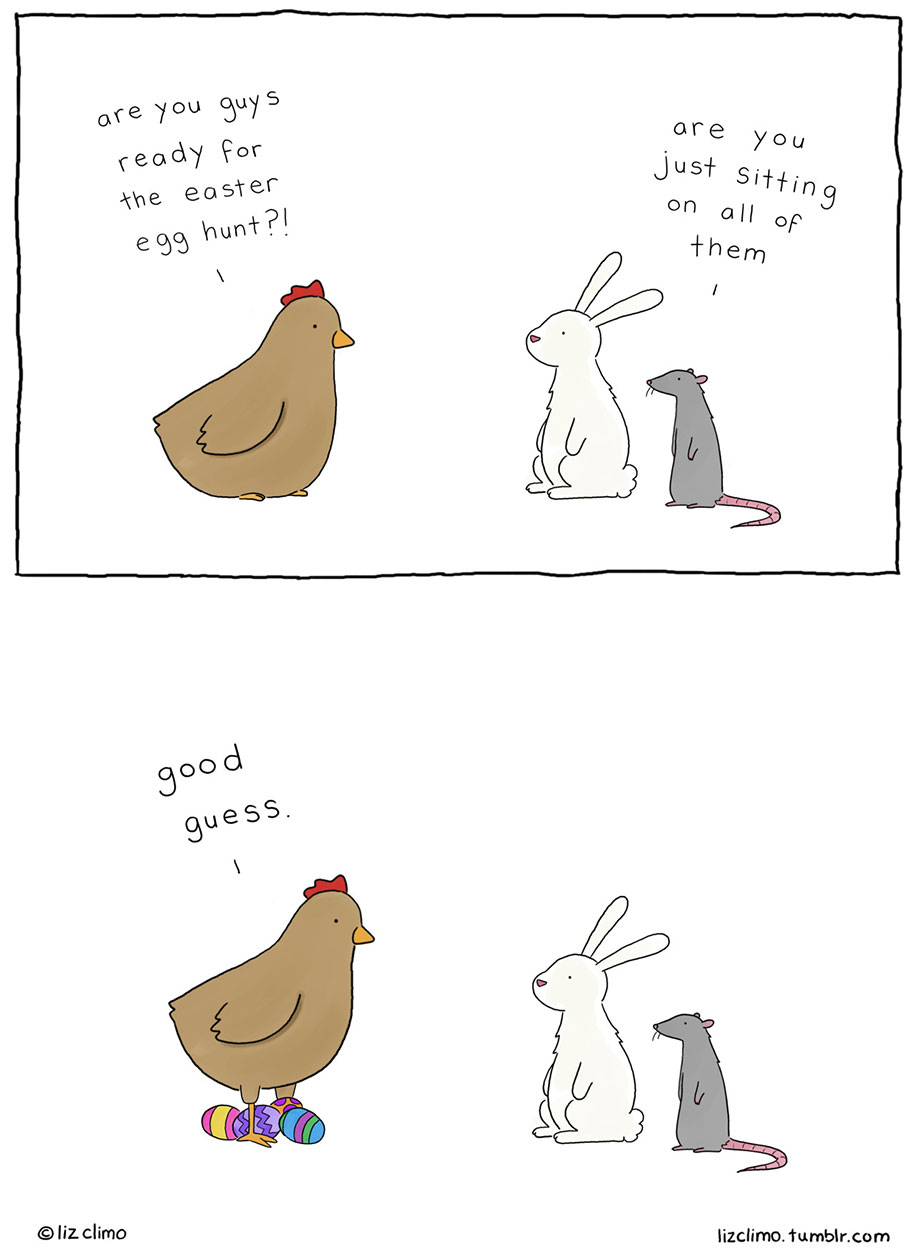 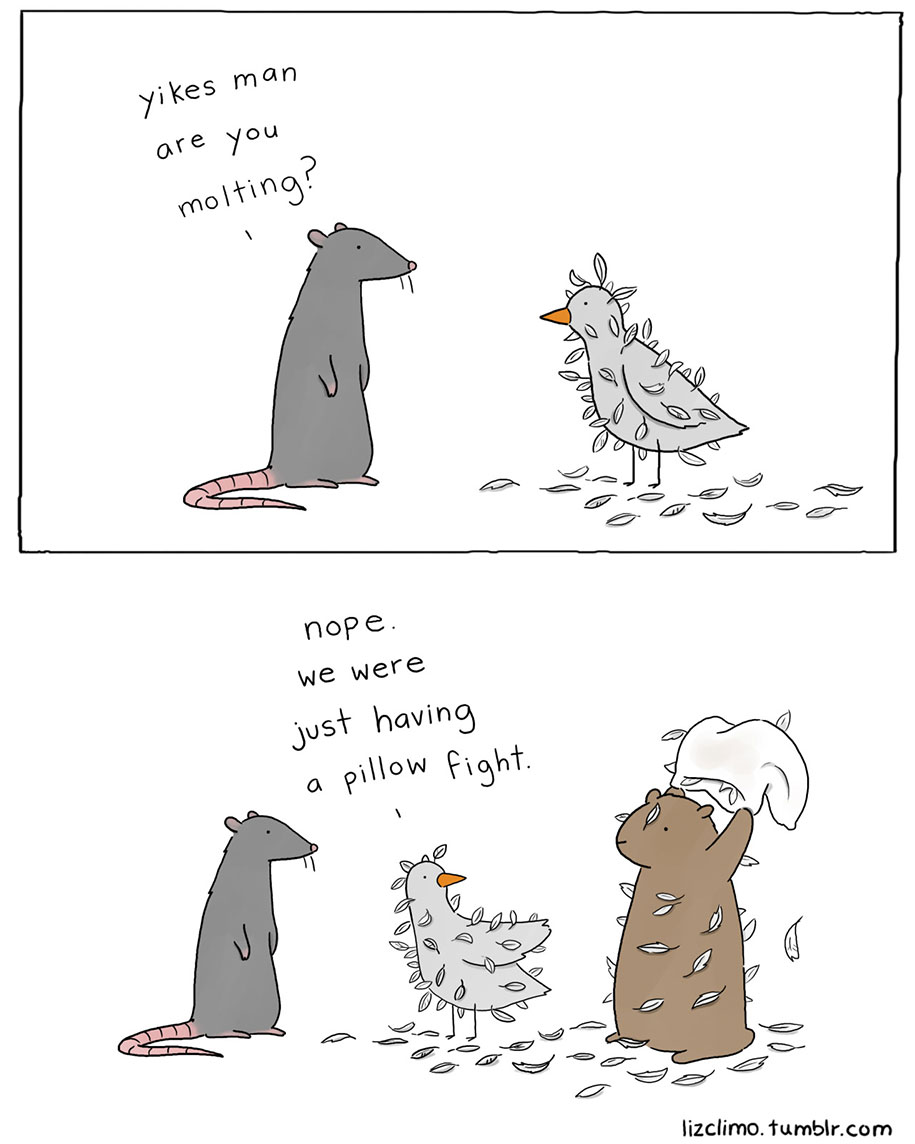 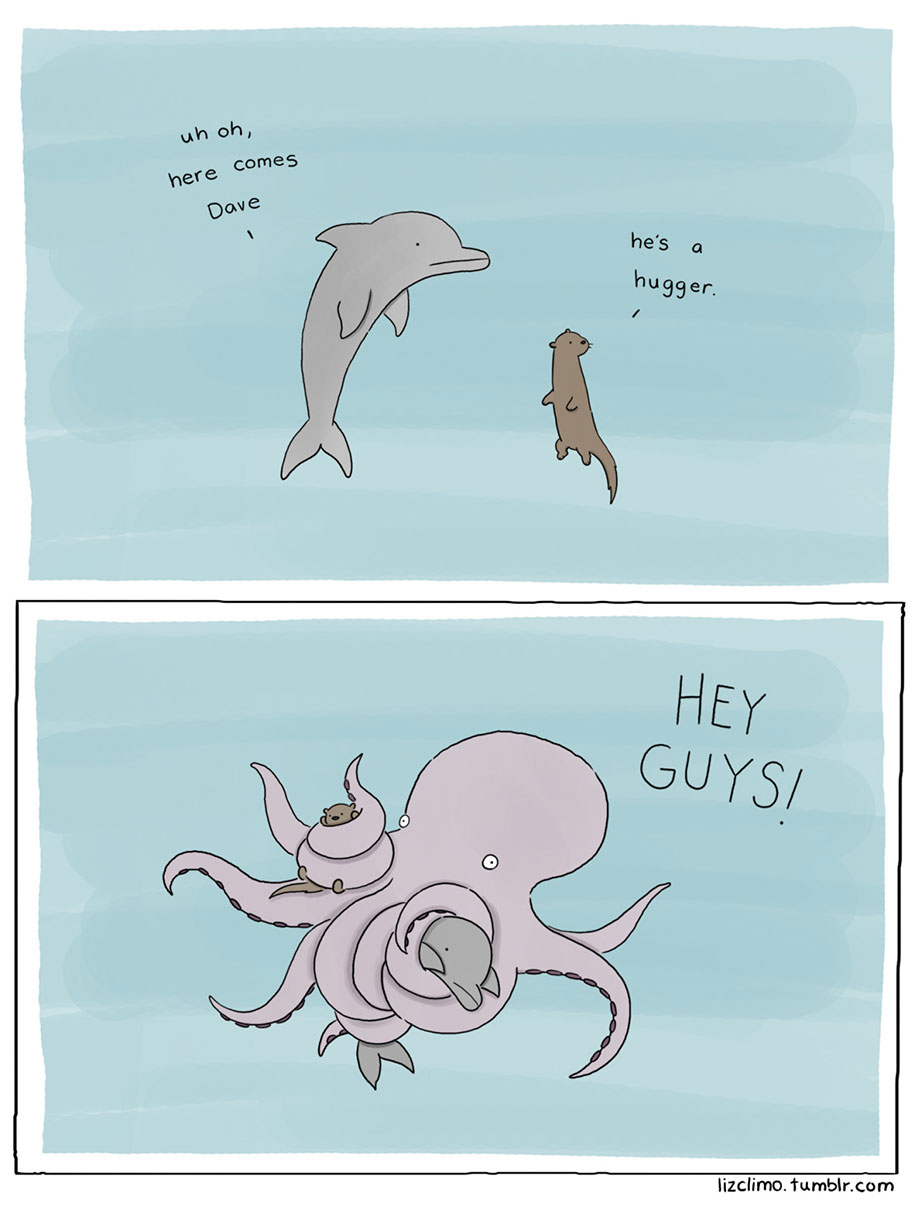