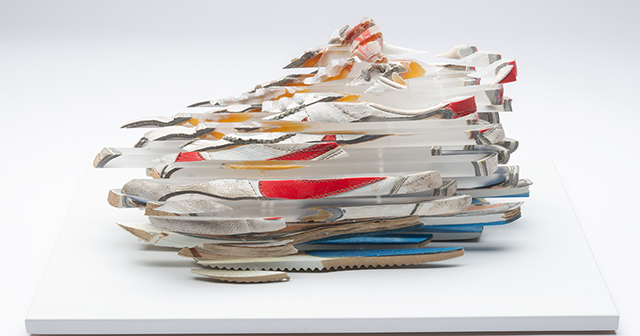 Fabian Oefner is a Swiss photographer, sculptor, designer, and scientist who has been creating amazing sculptures for the last 10 years. In his latest series, titled Heisenberg Objekt, the artist took six everyday items and turned them into stunning sliced sculptures, revealing them from a perspective like you’ve never seen before.

In an interview with DeMilked, the artist said that the project was named after German physicist Werner Heisenberg, who discovered the uncertainty principle. “This theory is one of the pillars in quantum mechanics. It states that you can not measure two separate parameters of a particle like its location and its speed simultaneously,” explained Fabian. “You can either determine one parameter and ignore the other or vice versa, but you can never know both at once.” 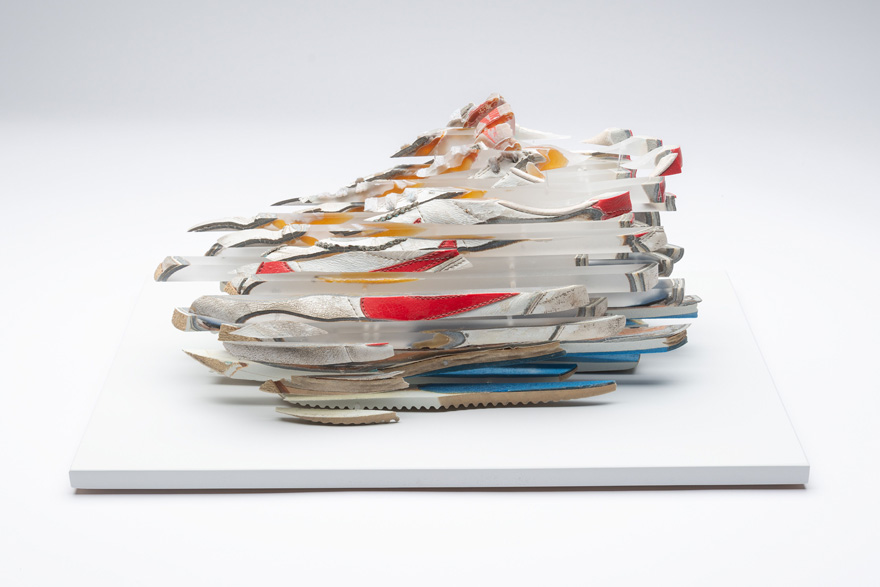 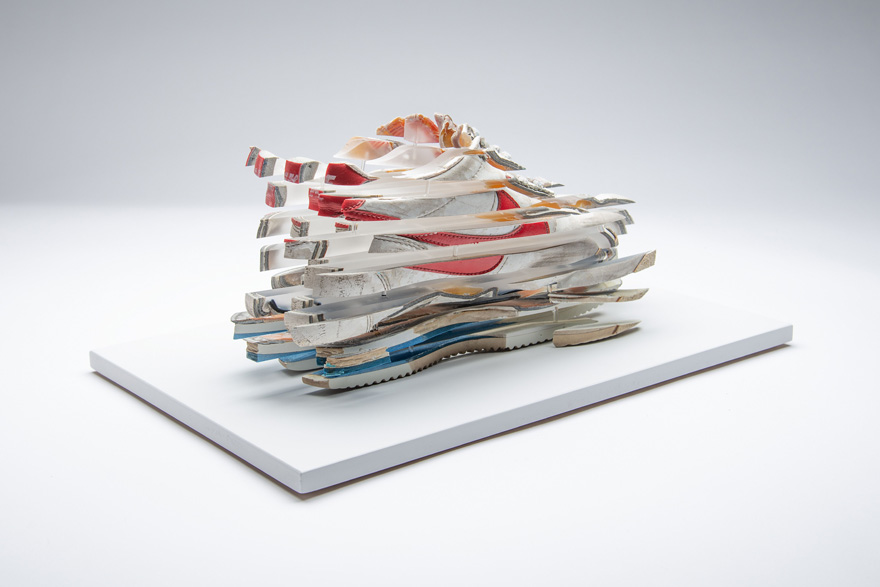 Fabian says that he applied the uncertainty principle to all six of his sculptures. “When you look at them from a distance, you can easily identify the object,” explained the artist. “However, if you start to get closer to observe the inside, the shape of the object starts to get distorted and vanishes completely.” 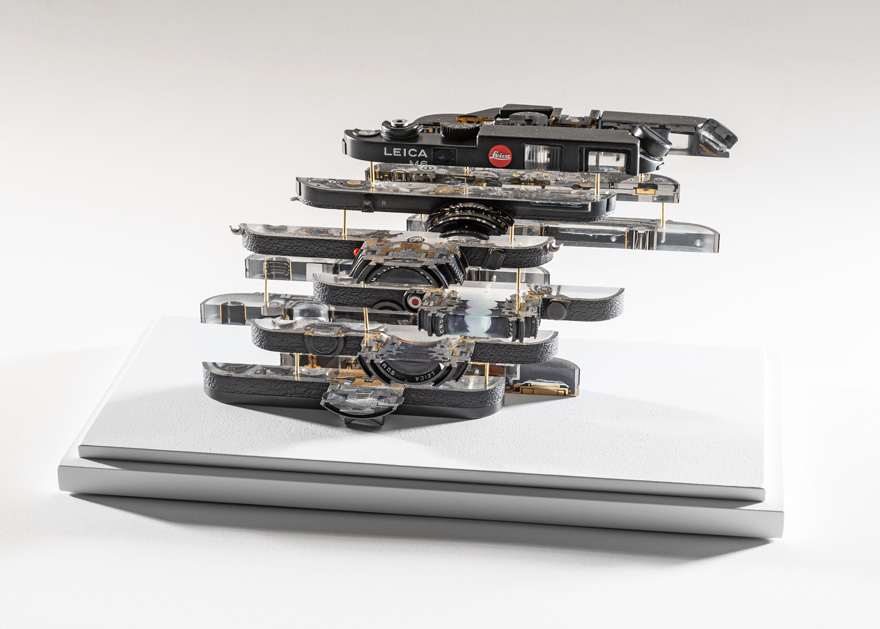 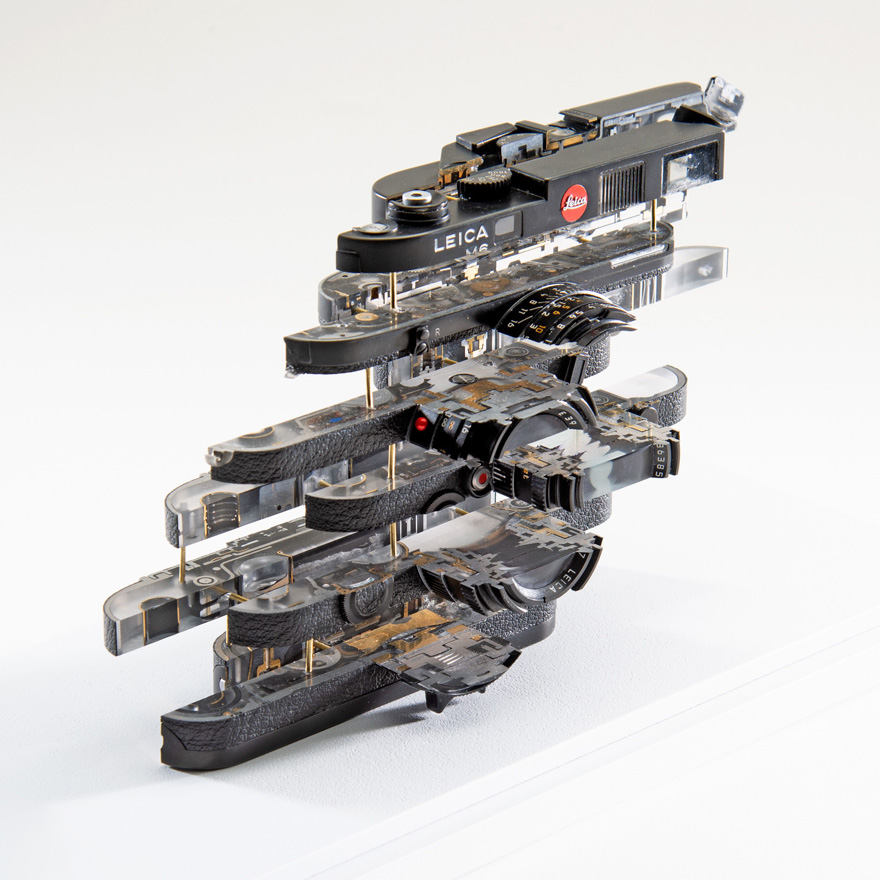 “As an observer you are never able to look at the object as a whole and its inner workings simultaneously. The more accurately we see one view, the less clearly we see the other. Your interaction with the sculpture ultimately determines its appearance,” continued Fabian.

Heisenberg Objekt No. I – Seiko Clock 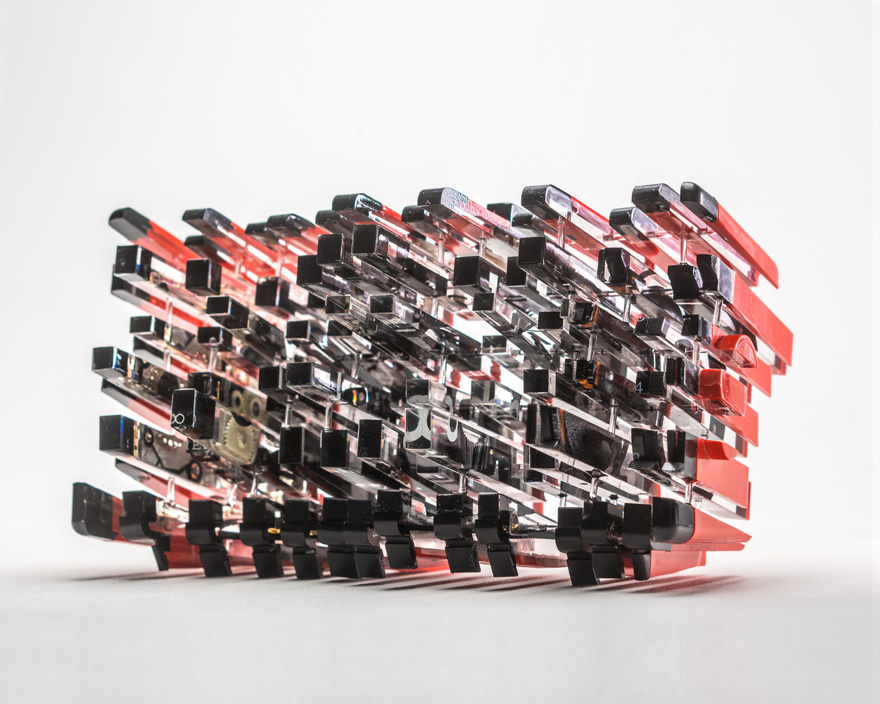 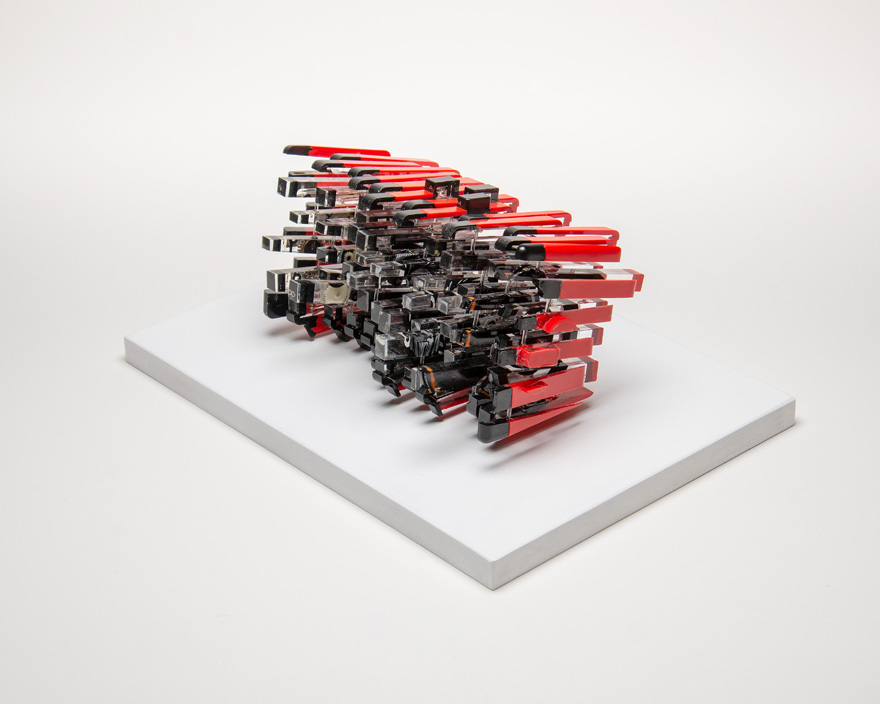 When asked how he chooses the objects for his sculptures, Fabian explained that all of them have something to do with memory. “They all record something. With the camera, the tape recorder and the black box its obvious, they either record an image or a voice, a piece of music etc. The clock keeps track of time or you could also say it records it,” elaborated the artist. 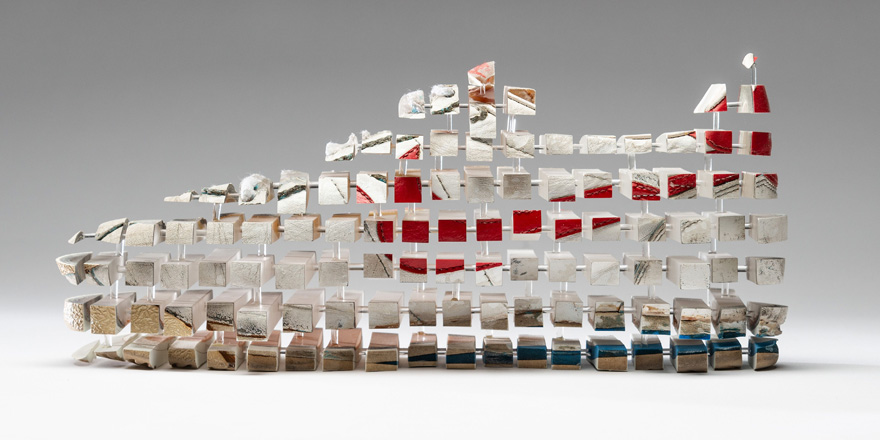 “The one thing a little less obvious are the sneakers. But to me sneakers are like recording machines, that keep track of our motion,” continued the artist. “The shoes used are 1985 Nike Cortez. I often wonder, to all the different places around the world they were walked to…So in a way the series is about fragmentation or distortion of memory.” 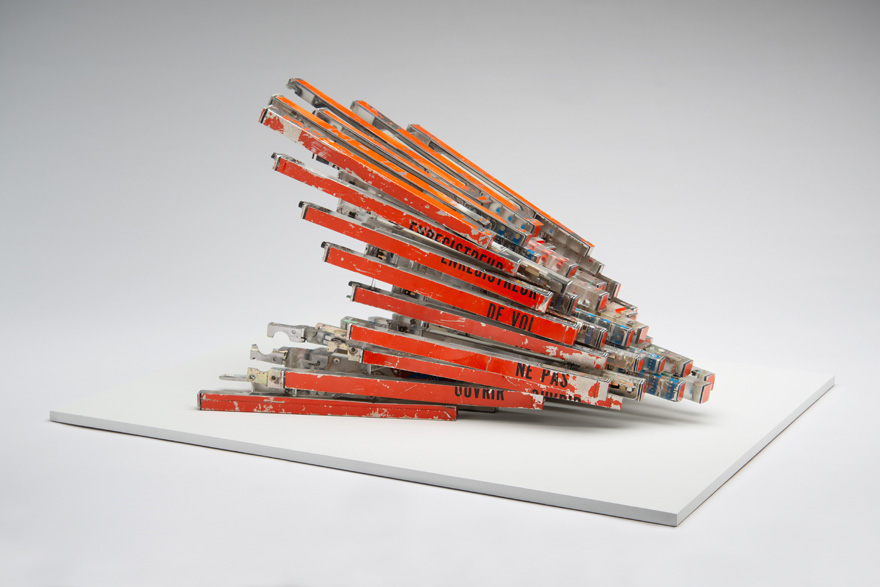 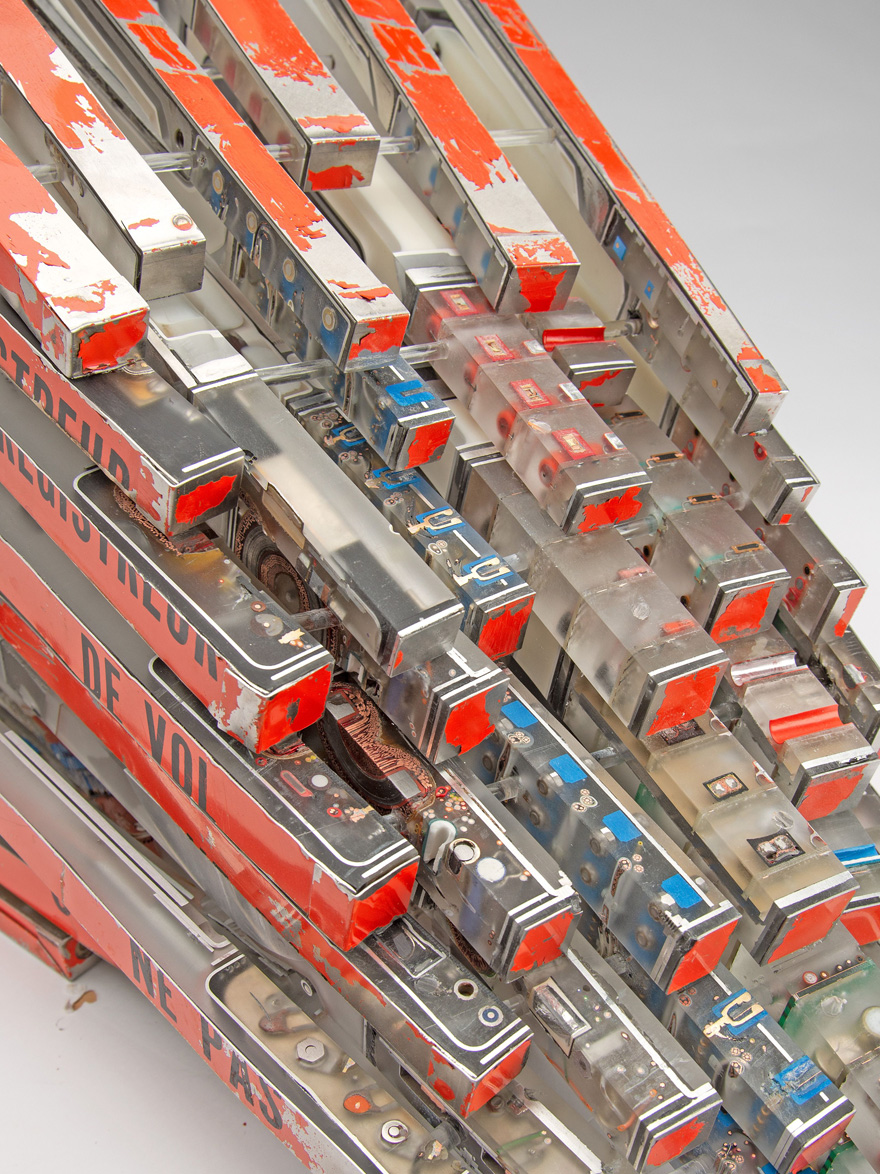 The artist also gave a brief explanation on how he creates his stunning sculptures: “Simply put, each object is filled with resin, then carefully sliced on a band saw and then rearranged into the final shape.” 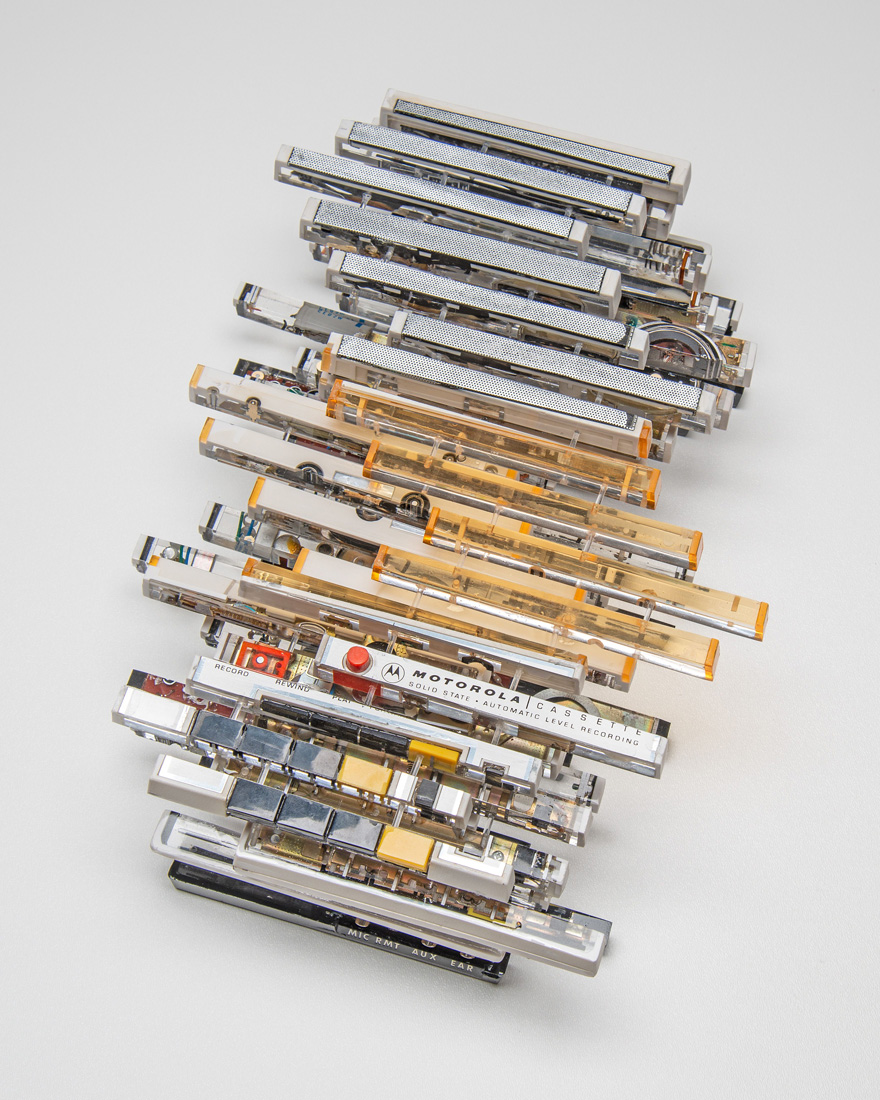