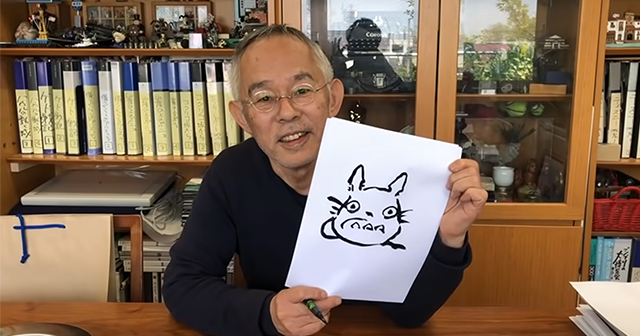 If you love drawing and you love Studio Ghibli films, you’ve come to the right place. Today we have for you a short tutorial on how to draw the friendly spirit Totoro from My Neighbor Totoro prepared by none other than Toshio Suzuki himself.

Just in case you’re not familiar with who Toshio is, he’s a film producer and long-time colleague of Hayao Miyazaki, the co-founder of Studio Ghibli, who worked on many of the studio’s films, including My Neighbor Totoro, Princess Mononoke, Spirited Away, and many more. 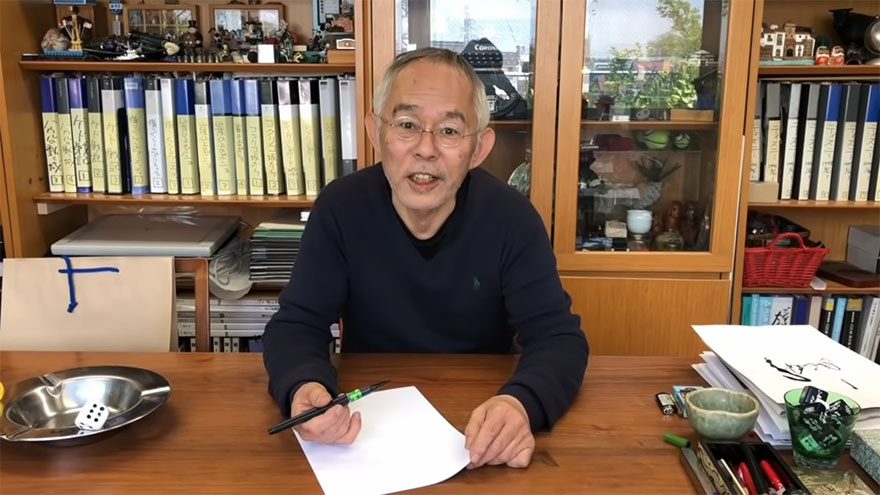 My Neighbor Totoro is an animated film by Hayao Miyazaki released back in 1988. It tells a story of sisters Satsuki and Mei who move to the countryside with their father to be closer to the hospital where their mother is recovering. Soon after moving, Mei discovers two small spirits that lead her to a giant camphor tree where she befriends a friendly spirit she names Totoro.

You start with the ears… 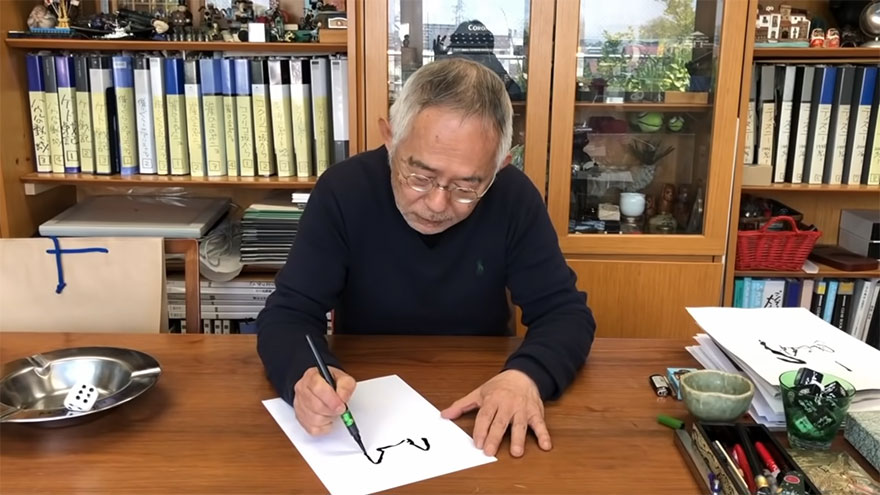 …then draw a round body… 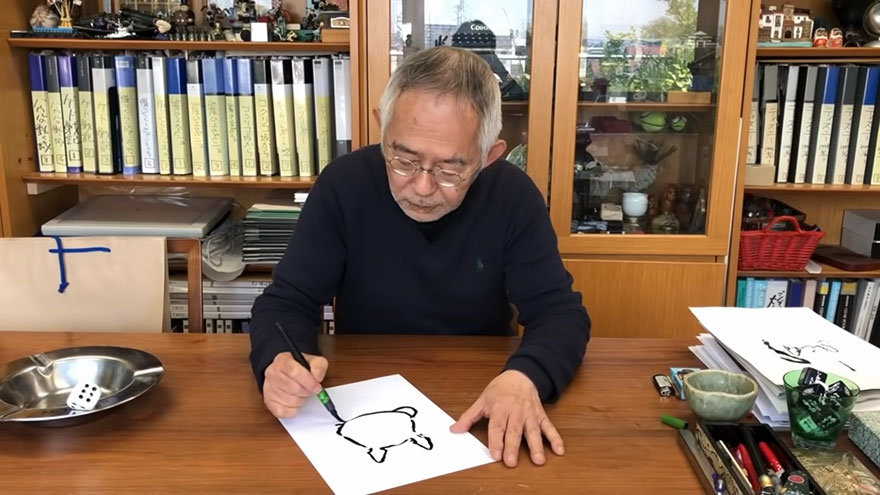 The film received universal acclaim, receiving many awards, and getting included in many lists as one of the greatest animated films of all time.

…add some feet and you have Totoro’s basic shape! 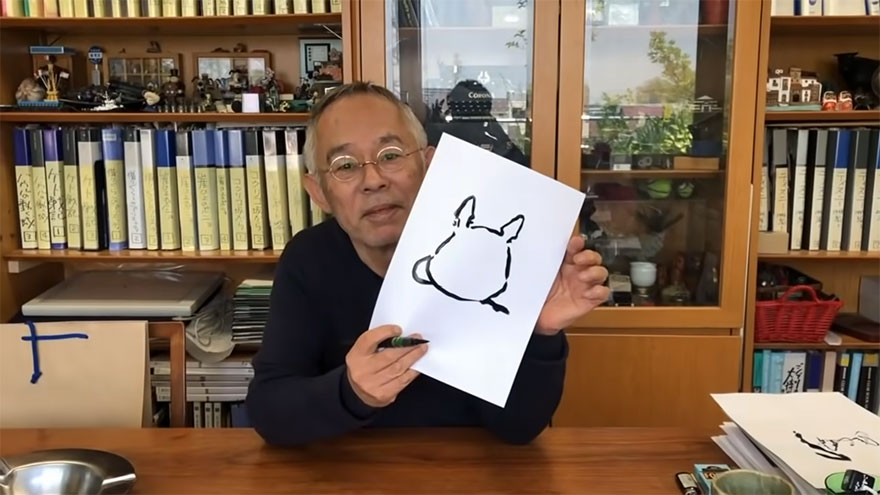 Then comes the most important part – adding the details 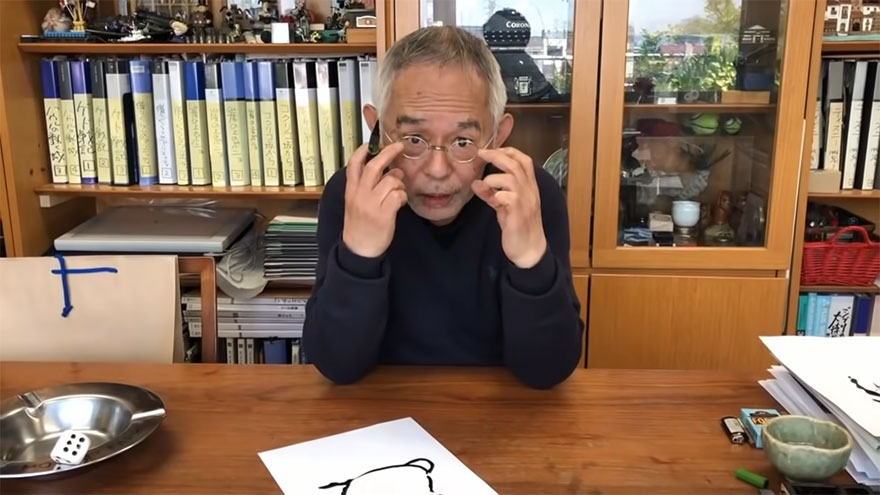 My Neighbor Totoro still has a loyal fan following to this day and has even seen a theatrical release in China back in 2018, 30 years after the film’s original release.

You add a pair of big eyes… 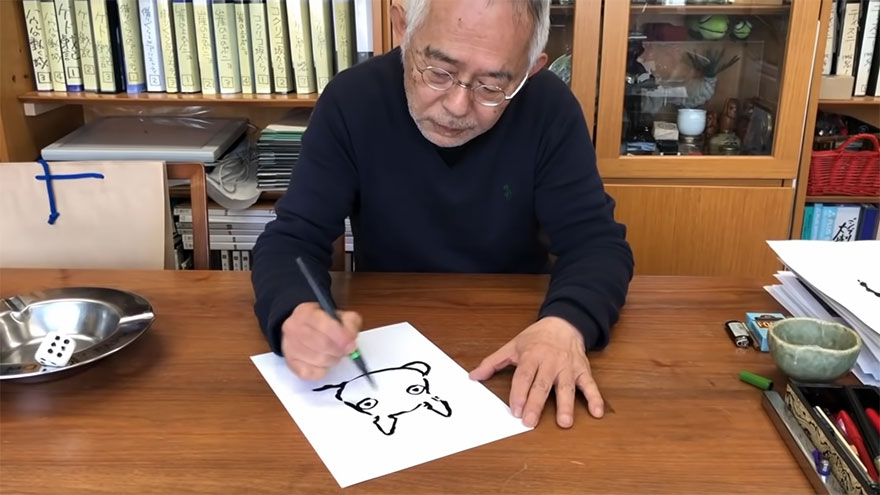 …a nose and some whiskers… 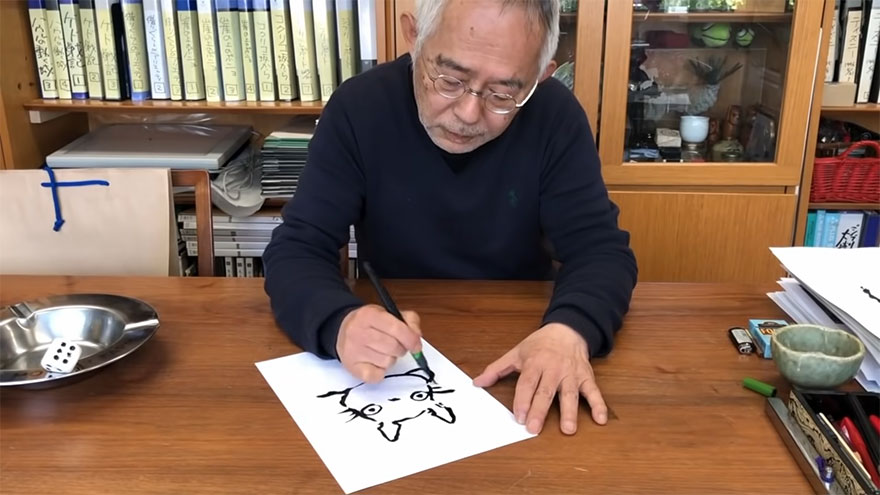 If you’re a fan of Studio Ghibli, make sure to check out the collection of conference call backgrounds released by the studio here! 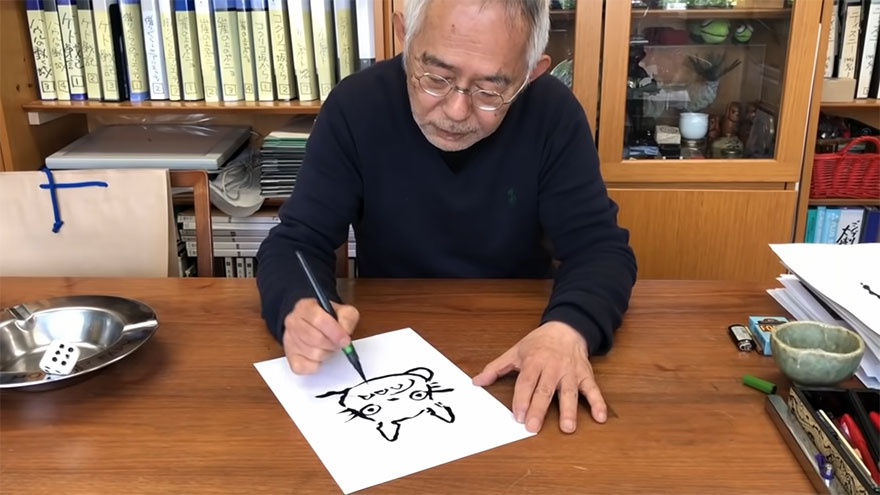 And here is the final result! 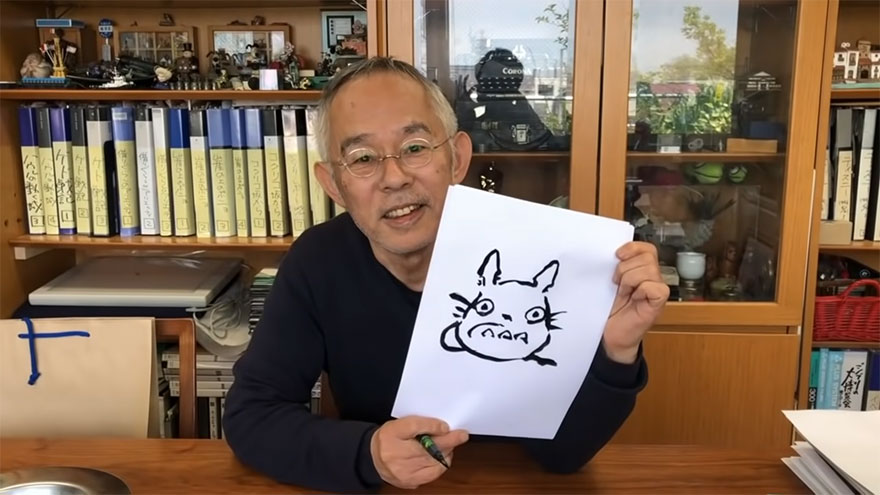 See the full video tutorial below! 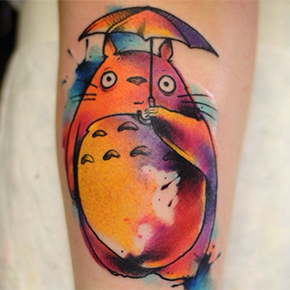 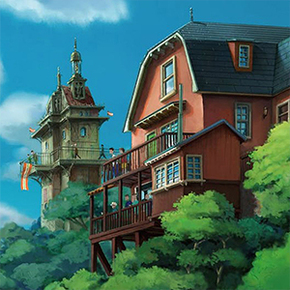 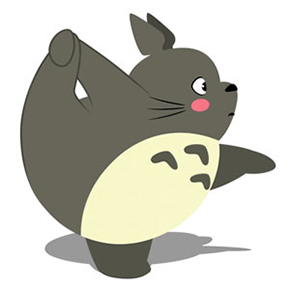 Totoro Shares His Training Routine In These 6 GIFs 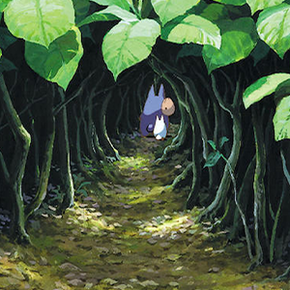 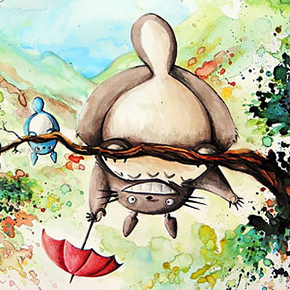