Now that the winners have been announced, we‘re happy to present you with the most breathtaking shots that illuminated the world of photography this year.

The pictures were divided into 3 categories: People, Places and Nature. The grand prize went to Paul Souders from Seattle, who also won the Nature category. His prize-winning picture, “Ice Bear”, is a once-in-a-lifetime shot. The other two winners are Danish photographer Cecile Baudier (who took 1st place in the People category with her photograph “Together, Alone”) and Malaysia-based Adam Tan (1st place in the Places category with „Long Road to Daybreak“). 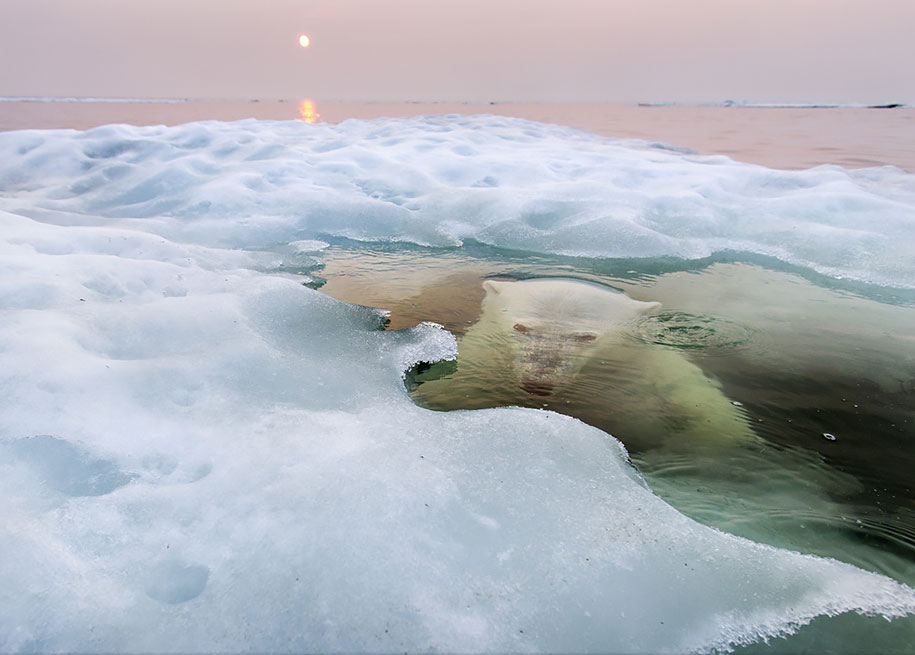 “A polar bear peers up from beneath the melting sea ice on Hudson Bay as the setting midnight sun glows red from the smoke of distant fires during a record-breaking spell of hot weather. The Manitoba population of polar bears, the southernmost in the world, is particularly threatened by a warming climate and reduced sea ice.” Photo and caption by Paul Souders 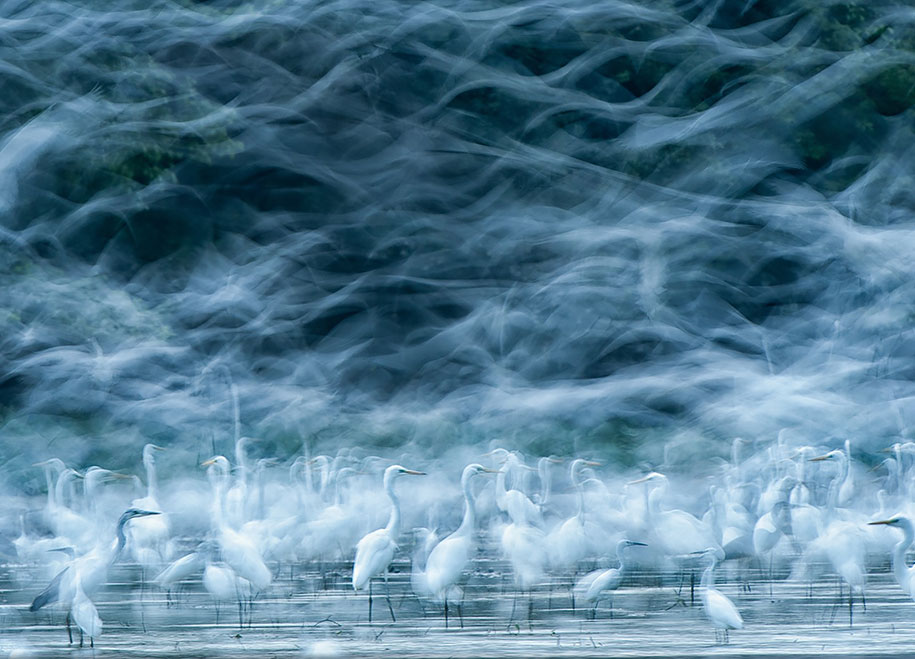 “On a good day in the field, a birder might see flock of birds. Great Egrets; Tidal area of the Danube in Hungary.” Photo and caption by Réka Zsimon 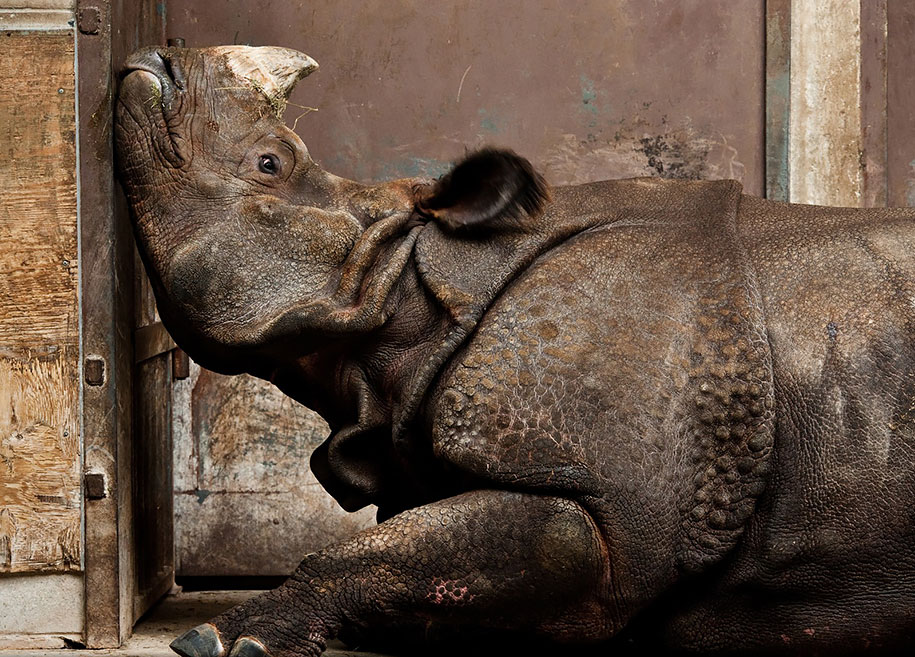 “An Indian rhinoceros, far from home and stuck inside with late-winter blues at the Toronto zoo.” Photo and caption by Stephen De Lisle 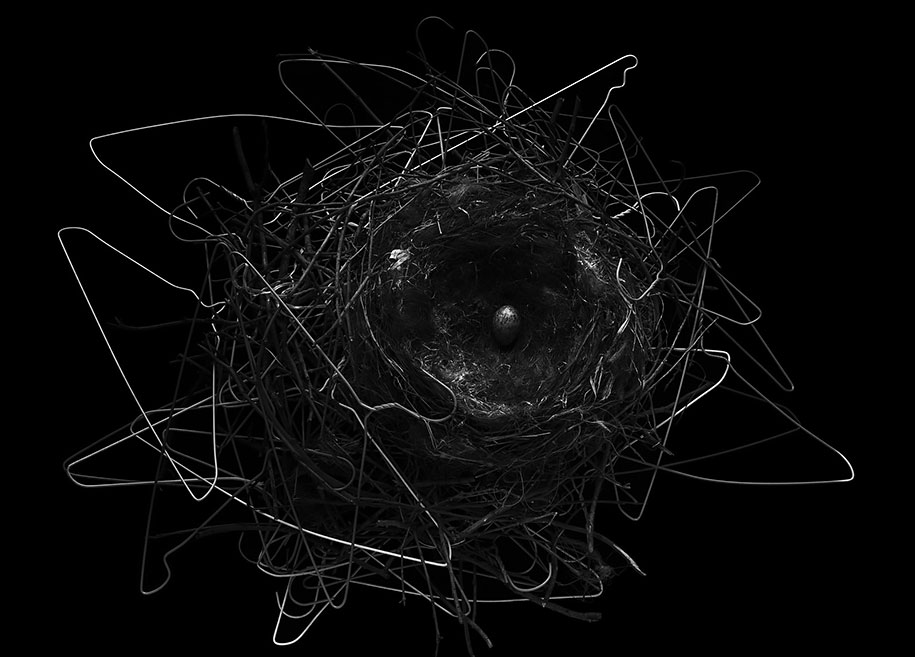 “The crows that live in Tokyo use clothes hangers to make nests. In such a large city, there are few trees, so the natural materials that crows need to make their nests are scarce. As a result, the crows occasionally take hangers from the people who live in apartments nearby, and carefully assemble them into nests. The completed nests almost look like works of art based on the theme of recycling.” Photo and caption by Yosuke Kashiwakura 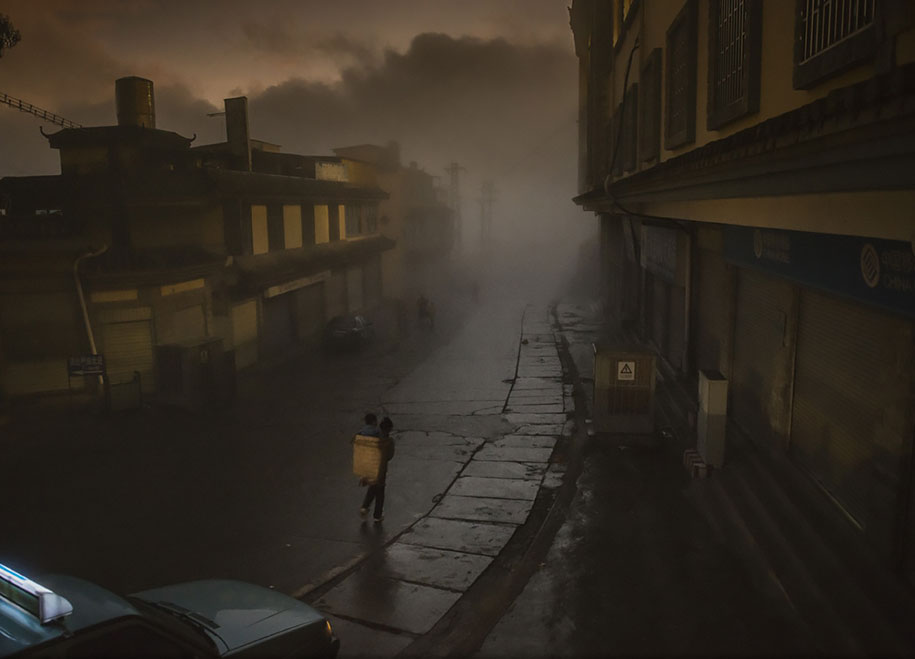 “Realizing this old town (Laocheng, means old town in Chinese) would soon be transformed into a new town through the speedy economic growth in China and perhaps lose its raw beauty in no tome, I was pleased to capture this working mother carrying her child in her basket walking through the thick mist in a very early foggy morning, 2012.” Photo and caption by Adam Tan 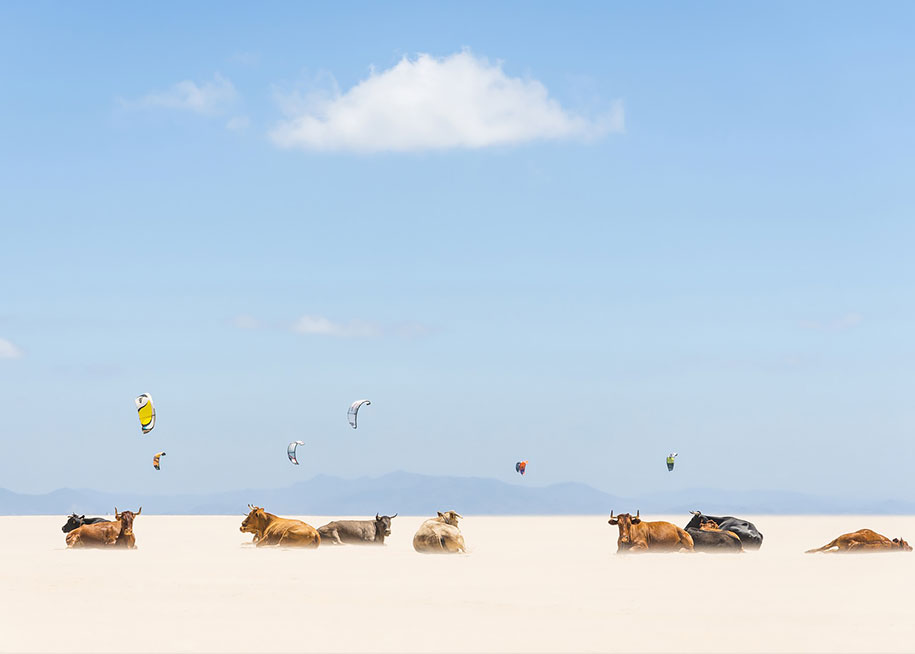 “I was driving along the beach highway when i noticed the bulls sunbathing on the empty beach. I initially thought i was seeing things,but no it really was sunbathing cows !! I had to park my car a fair distance away and that meant a long walk along the beach in 35 degree heat. It did not matter because i had to get the shot ! When i got closer to them i was careful not to spook them so i crawled on my stomach on the hot sand to get a good picture of them. Mission Accomplished ! It was worth the effort !” Photo and caption by Andrew Lever 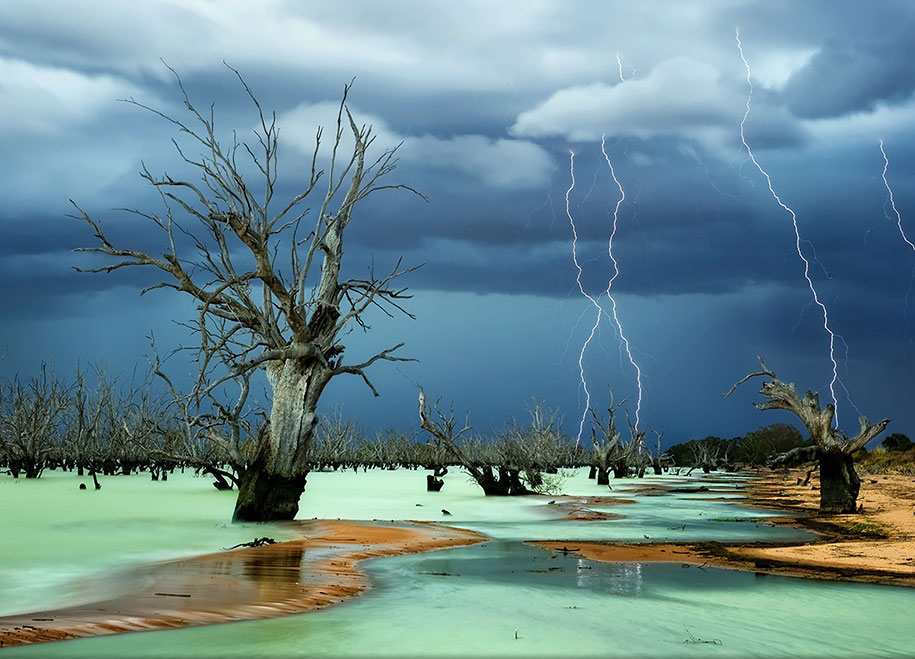 “I cannot describe the eery feeling I had when I walked in on this scene. I followed a massive storm front several 100 kilometers hoping to capture something special but this blew my mind. The surreal milky green water is a natural phenomenon caused by electomagnetic activity from the lightning hitting the waters surface. There was no rain where I was and not much wind either but in the distance the sky was charged and angry subjecting its wrath over the graveyard of dead trees in this normally very dry lake bed. I was able to capture a series of unique images this being one of the best.” Photo and caption by Julie Fletcher 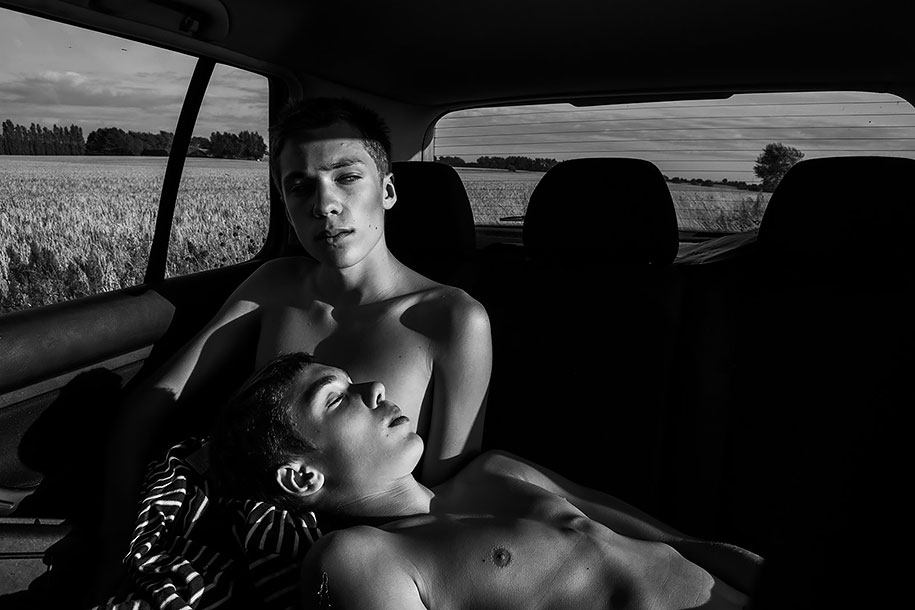 “This portrait of two identical twins( Nils and Emil, 15 years old) in Fyn, Denmark, is part of a series of pictures, portraying people who has a strong connection to another person and who often think of themselves as a ‘we’ instead of ‘me’. The photo is trying to depict the two brothers different role within the family.” Photo and caption by Cecile Smetana Baudier 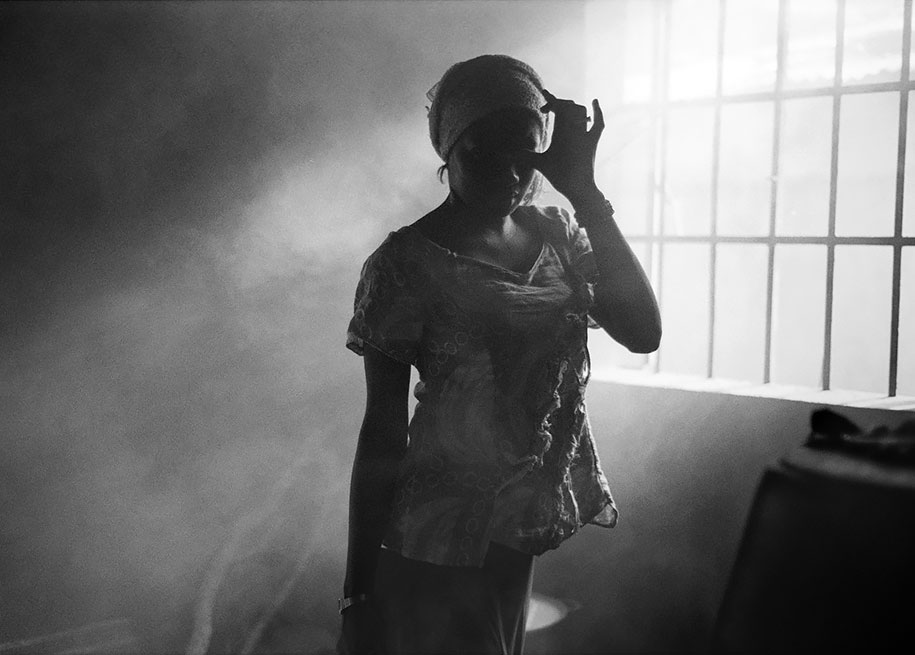 “Arabic born in one of the biggest city in the World, New York. Right in the middle of the bronx she grow and go to School. As she’s 13 years old, here Father decide to send her to her Family in a small town named Bajakunda. Now she live here whitout electricity and a two hours bus drive away from the next city. Working every day from early morning til late night. No chance to leave this Country. Arabic is the only person in this small town whit an official American Passport, everybody dream about that one but she cant use it anymore because of family tradition.” Photo and caption by Maurin Bisig 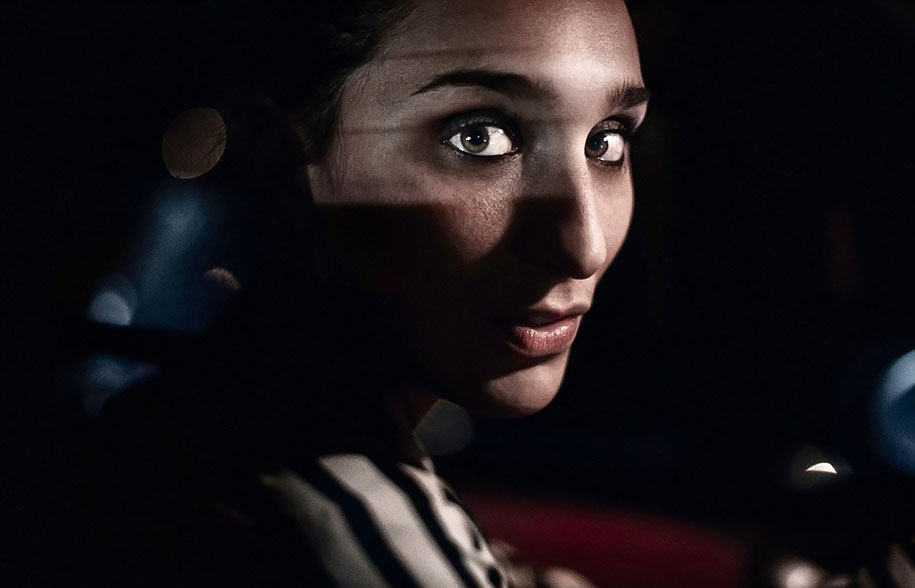 “My girlfriend in her car at the stop street.” Photo and caption by Michele De Punzio 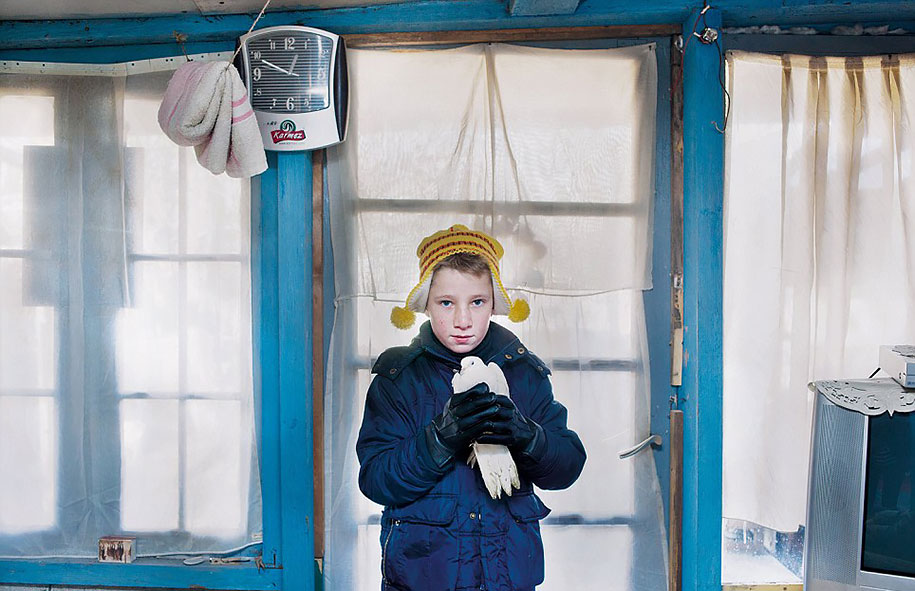 “This picture is a part of the series of my work ‘Frumoasa’. “Frumoasa” is Romanian for ‘beauty’. It’s a work about Laurentiu and his family. They live in shacks next to the railway near the Ghent Dampoort. I met him and his family in December 2012. They have to deal with all kind of obstacles on a daily basis. The lack of a legal address gave them administrative problems and make it hardly impossible for them to find a decent job. They form a happy, warm and close family, despite the constant uncertainty in which they live.” Photo and caption by Aurélie Geurts 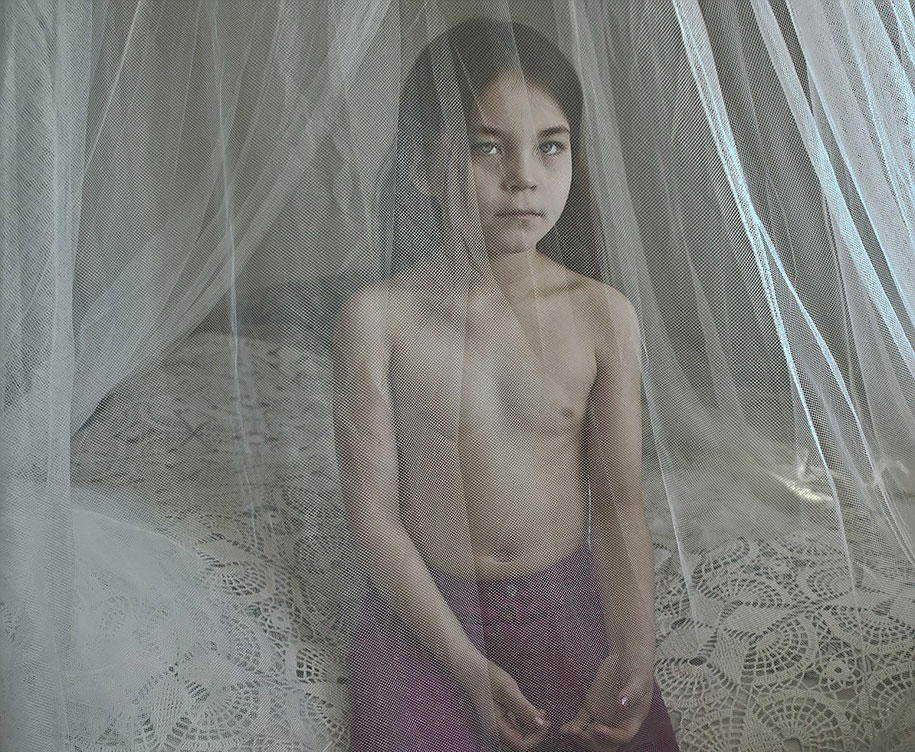 “This is Ida. She is seven years old and born in Greenland. A year ago her mother, Marie, decided to move to Denmark in search of an easier life and to give her daughter everything that she never had, but even though the two countries are tied historically, the two cultures are very different and they have no danish friends or any strong connections to Denmark. In Denmark, Greenlanders are seen as second class citizens, drunks and socially challenged. This photo is part of an on-going series, that is trying to show a different side to the greenlandish minority in Denmark.” Photo and caption by Cecile Smetana Baudier 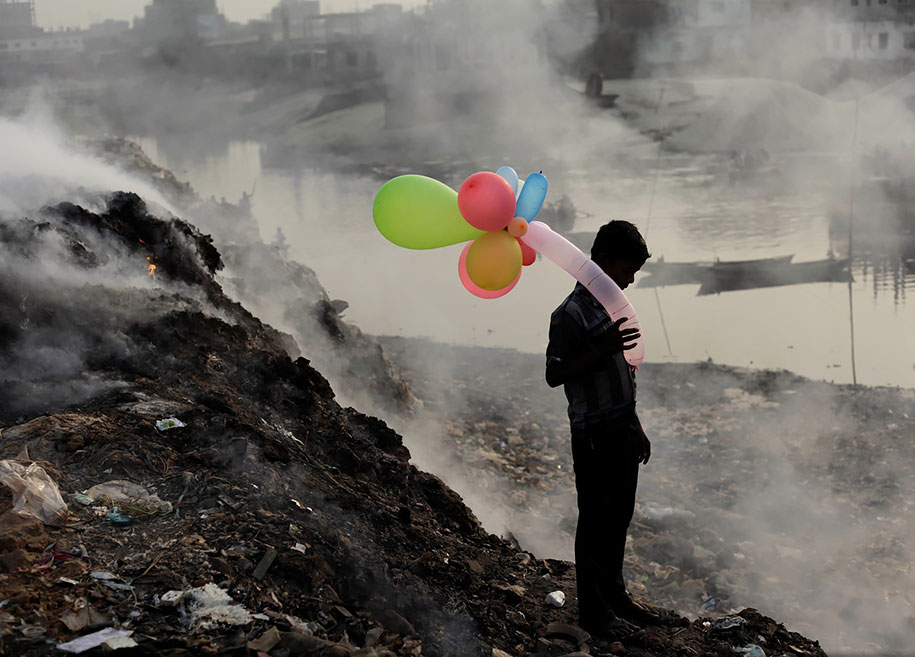 “A boy plays with balloons by Buriganga river as smoke emits from a dump yard during sunset in Dhaka, Bangladesh.” Photo and caption by Andrew Biraj 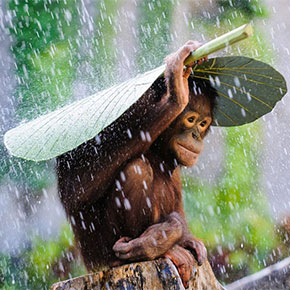 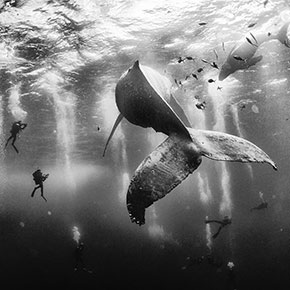 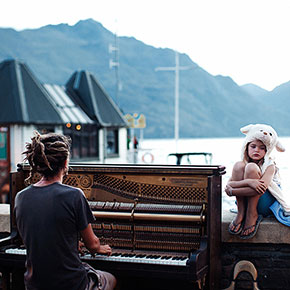 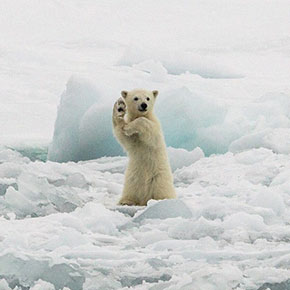 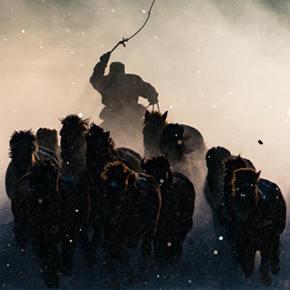