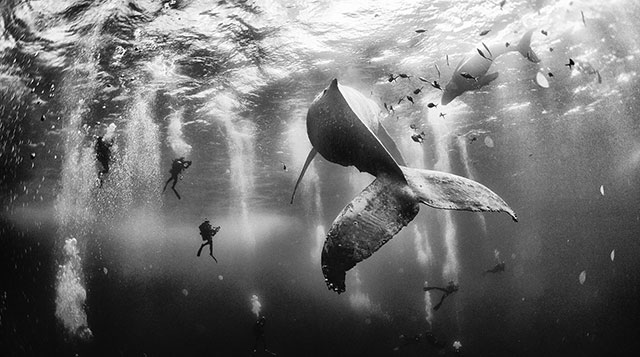 Have travel photographs? Then see how they stack up against National Geographic Traveler Photo Contest 2015 winners. Three lucky ones were chosen out of 18.000 submissions. The first place winner Anuar Patjane with his black-and-white photo “Whale Whisperers” gets to take home an eight-day “National Geographic Photo Expedition: Costa Rica and the Panama Canal” with airfare for two. The other prizes are also both travel and photography related, and just being mentioned as a notable is a great honor.

The 2015 contest ran between April 7th and July 30th. Anyone could submit a picture that’s no more than two years old, not excessively processed, and hasn’t won a National Geographic prize before. All the submissions have to be sent in a digital format, which means that next year, you’ll be able to submit your entry wherever you are! 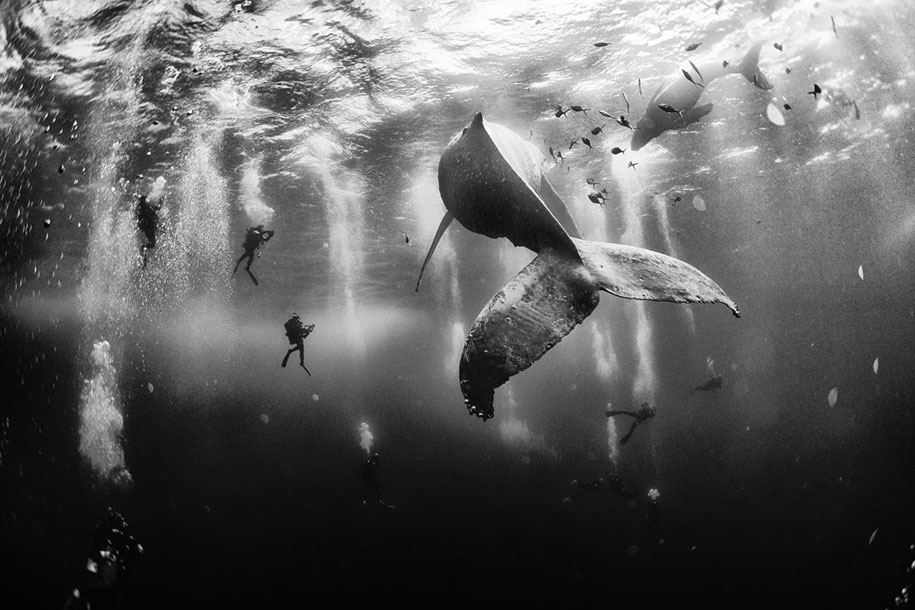 Diving with a humpback whale and her newborn calf while they cruise around Roca Partida … in the Revillagigedo [Islands], Mexico.
Image Source: Anuar Patjane 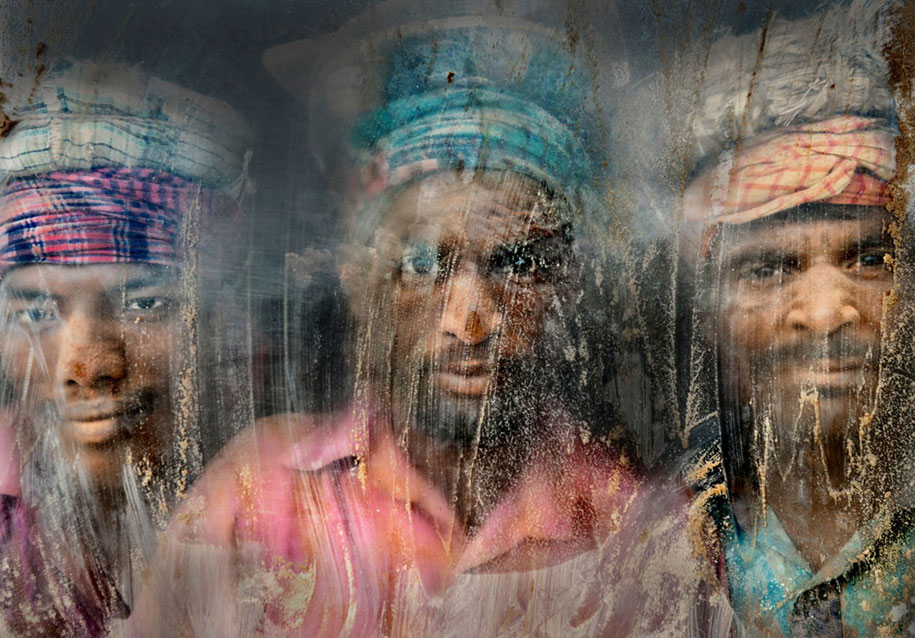 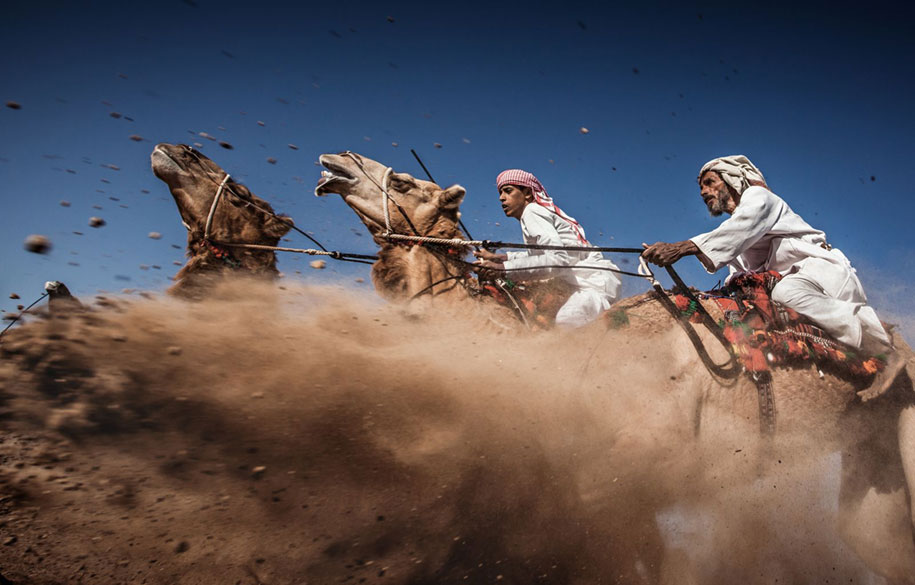 Camel Ardah, as it is called in Oman, is one of the traditional styles of camel racing between two camels controlled by expert men. The faster camel is the loser so they must be running at the same speed level in the same track. The main purpose of Ardah is to show the beauty and strength of the Arabian camels and the riders’ skills.
Image source: Ahmed Al Toqi

Merit Winner: A Night at Deadvlei 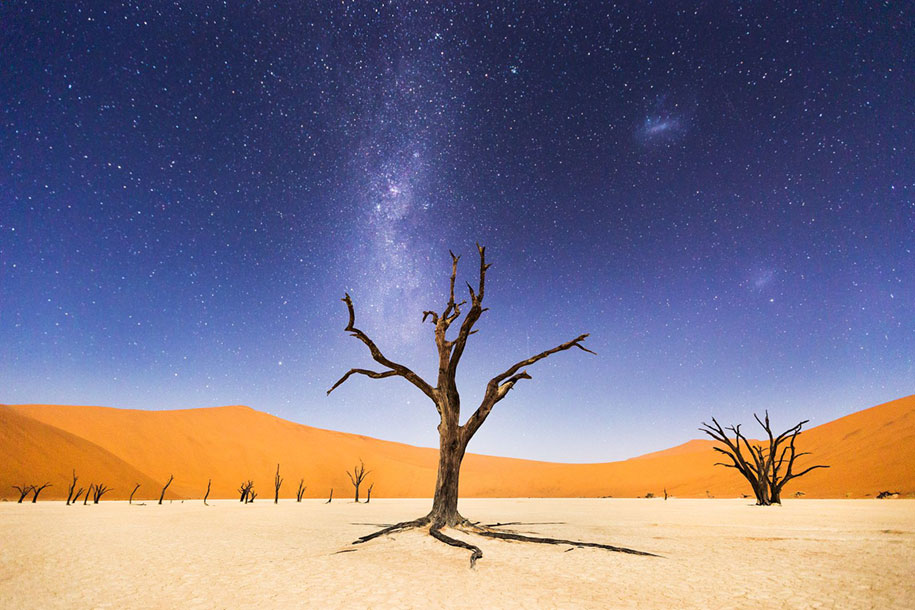 The night before returning to Windhoek, we spent several hours at Deadvlei. The moon was bright enough to illuminate the sand dunes in the distance, but the skies were still dark enough to clearly see the Milky Way and Magellanic Clouds.
Image source: Beth McCarley 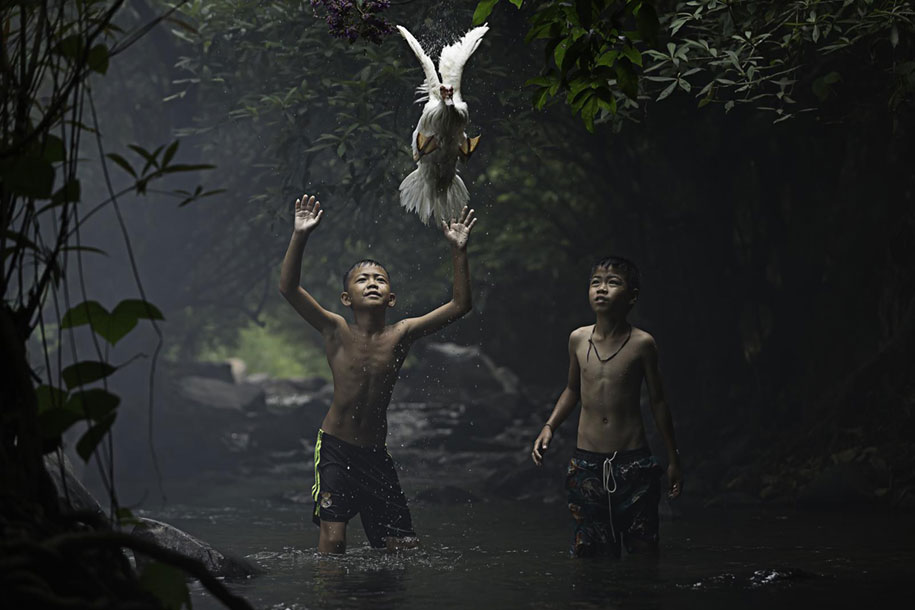 Two boys are trying to catch a duck at the stream of the waterfall. Nong Khai Province, Thailand.
Image source: Sarah Wouters 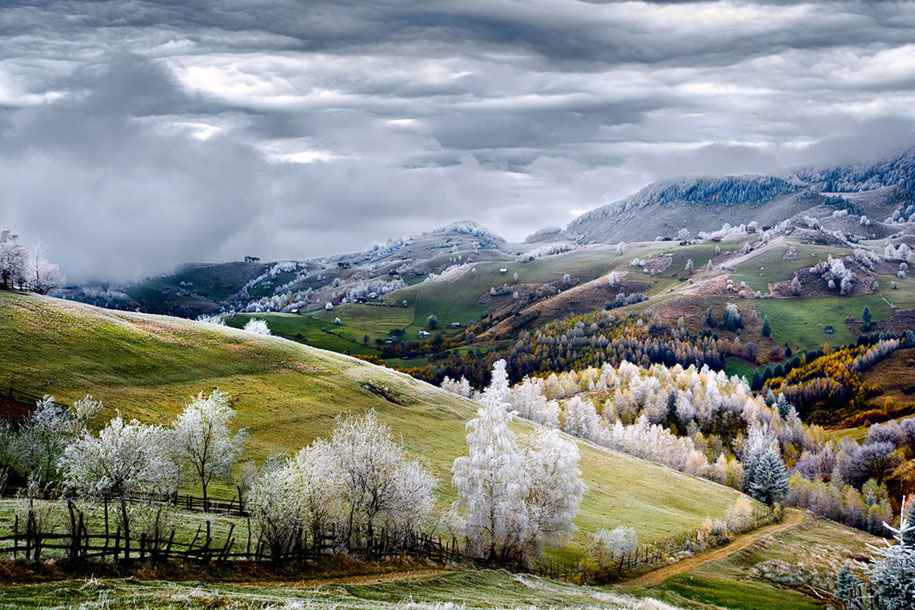 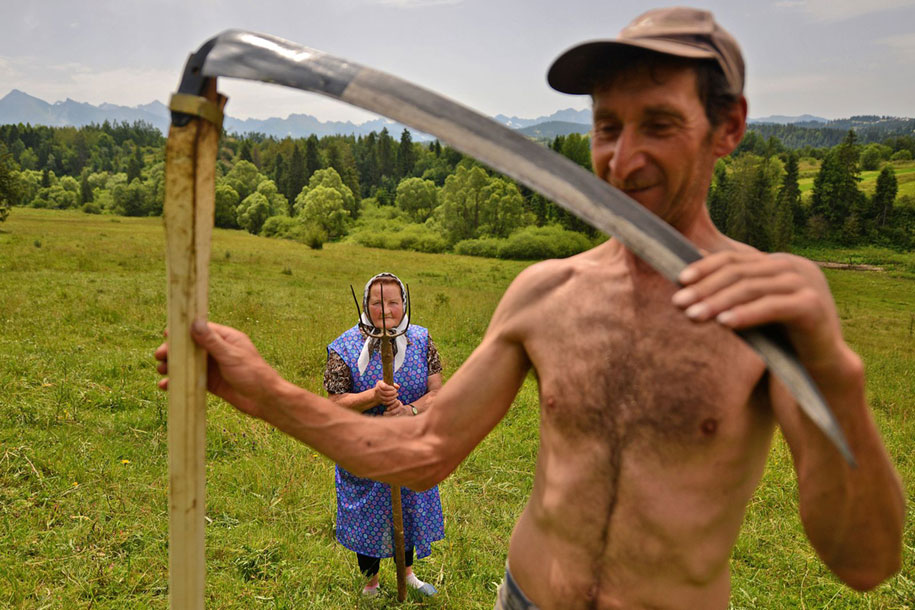 Traditional haymaking in Poland. Many people continue to use the scythe and pitchfork to sort the hay.
Image source: Bartlomej Jurecki 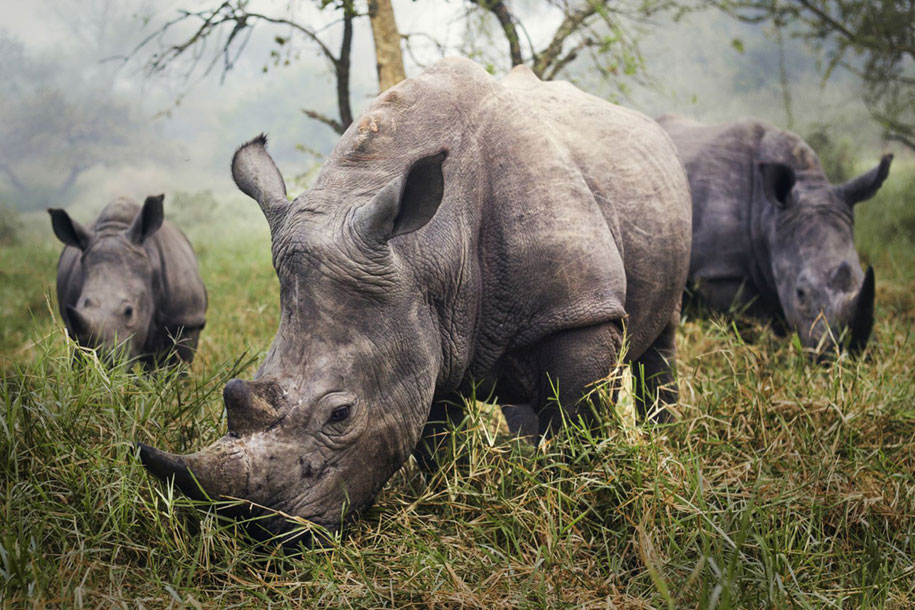 The night before this photo, we tried all day to get a good photo of the endangered white rhino. Skulking through the grass carefully, trying to stay 30 feet away to be safe, didn’t provide me the photo I was hoping for. In the morning, however, I woke up to all three rhinos grazing in front of me. Ziwa Rhino Sanctuary, Uganda.
Image source: Stefane Berube 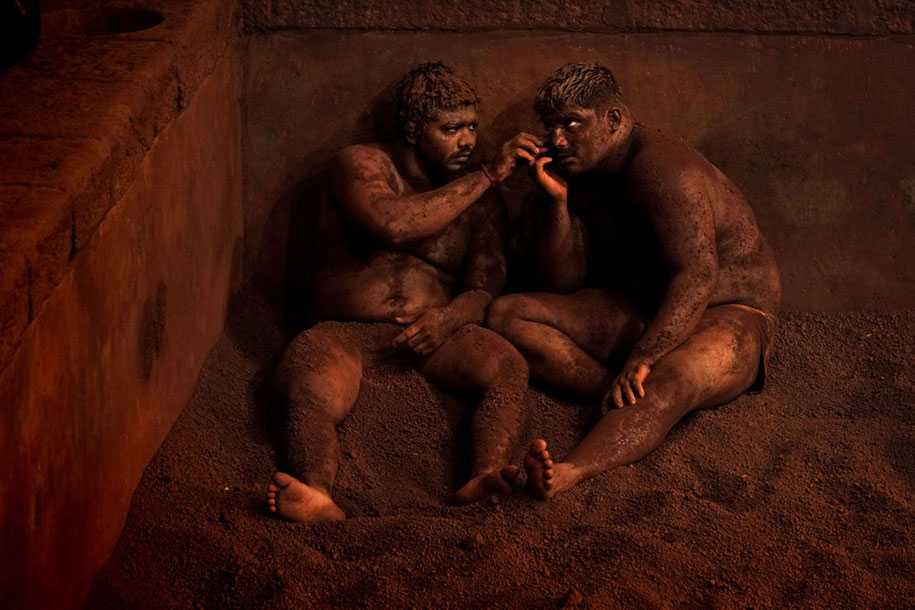 Kushti is the traditional form of Indian wrestling. Wearing only a well-adjusted loincloth, wrestlers enter a pit made of clay, often mixed with salt, lemon, and ghee. At the end of a workout, wrestlers rest against the walls of the arena, covering their heads and bodies with earth to soak up any perspiration and avoid catching cold.
Image source: Alain Shroeder

Merit Winner: Sauna in the Sky 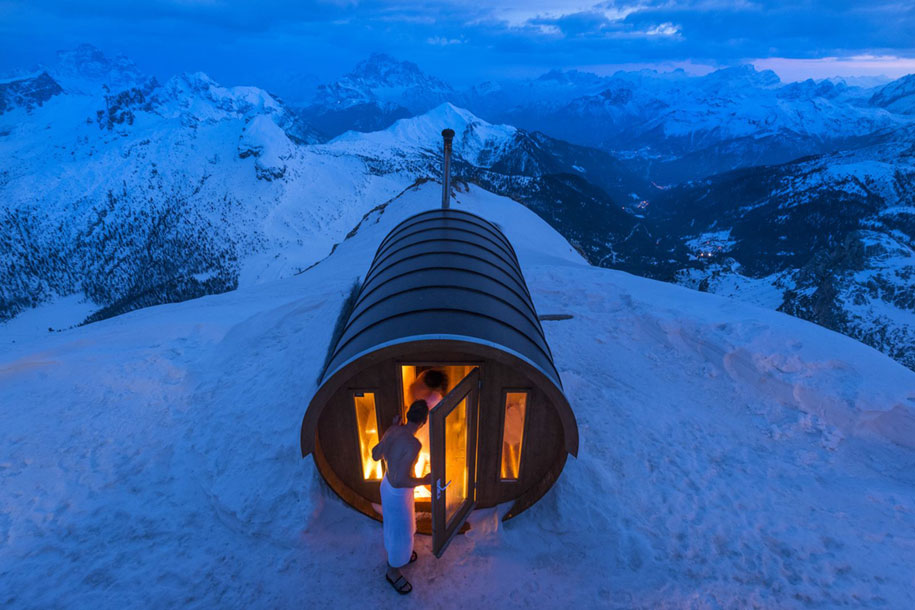