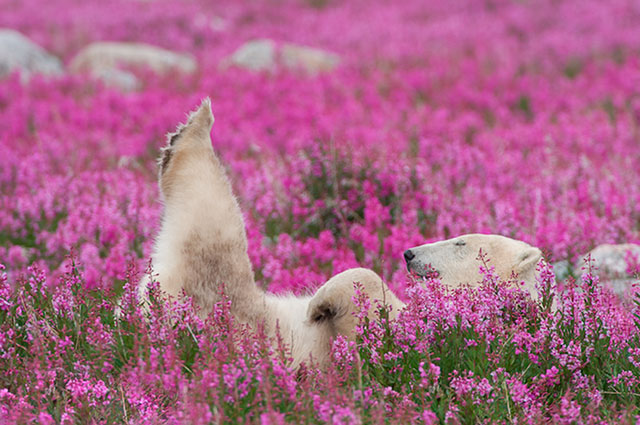 Polar bear: a fierce northern predator… that frolics merrily in summer? Canadian photographer Dennis Fast has taken some astonishing pictures of the bears in fireweed fields. He was staying at the lodge of Churchill Wild in Manitoba, Canada, a place that advertises its easy access to polar bears. Fast saw the animals rolling around, stretching and laying about in the fireweed and seized upon the opportunity to snap some pictures.

“[I]t’s not just their colour that makes them a favourite target of my camera,” Fast said in an online interview. “They have a slow, ambling gait as they drift about looking for anything that moves. It looks like they don’t have a care in the world, and that there is nothing they are afraid off. It’s not arrogance, exactly, but a quiet confidence that we often respect in humans and that translates well to the polar bear.” 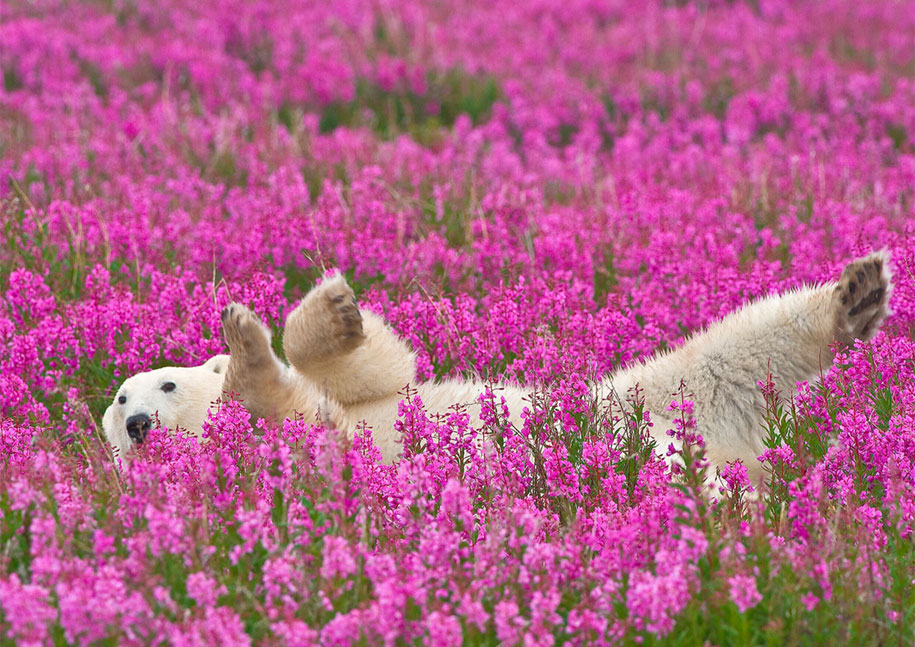 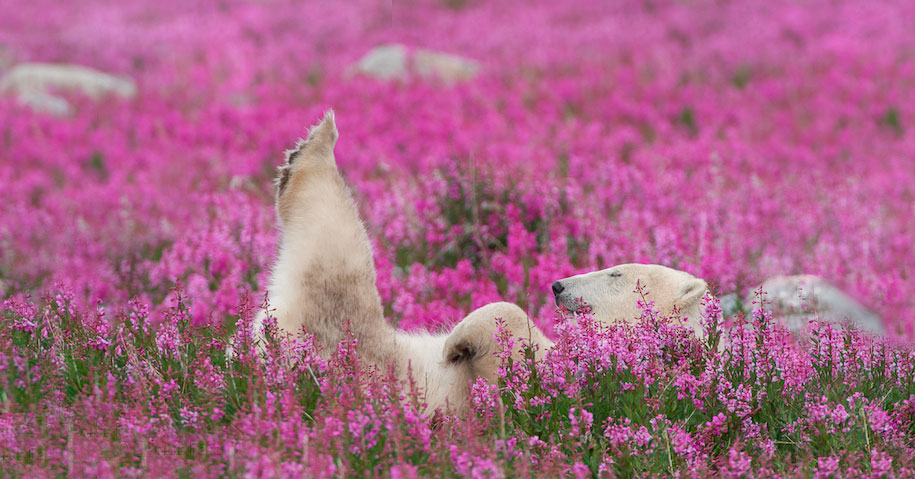 “Polar bears will play with anything in their environment” 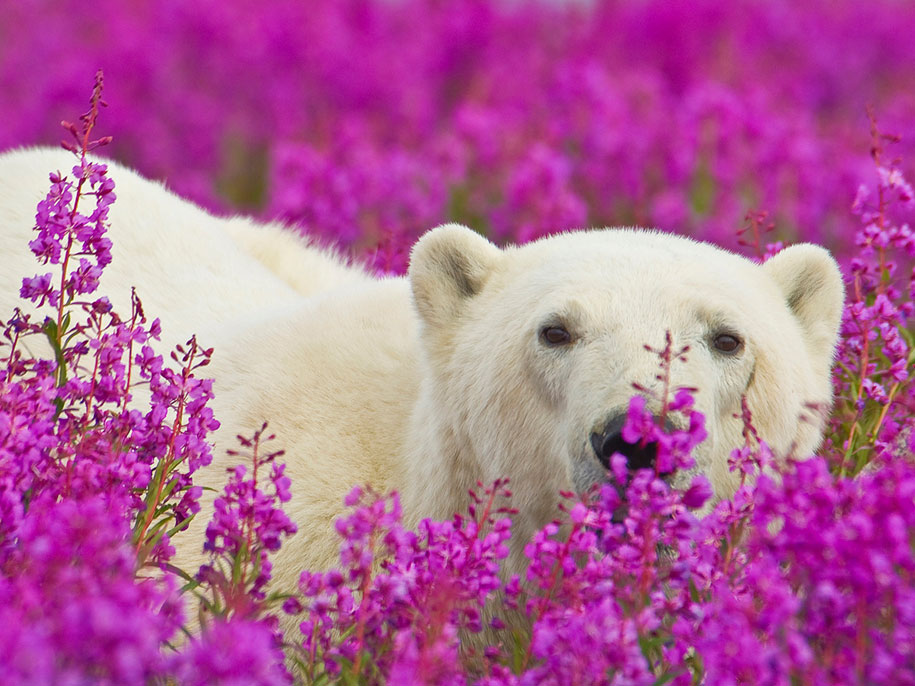 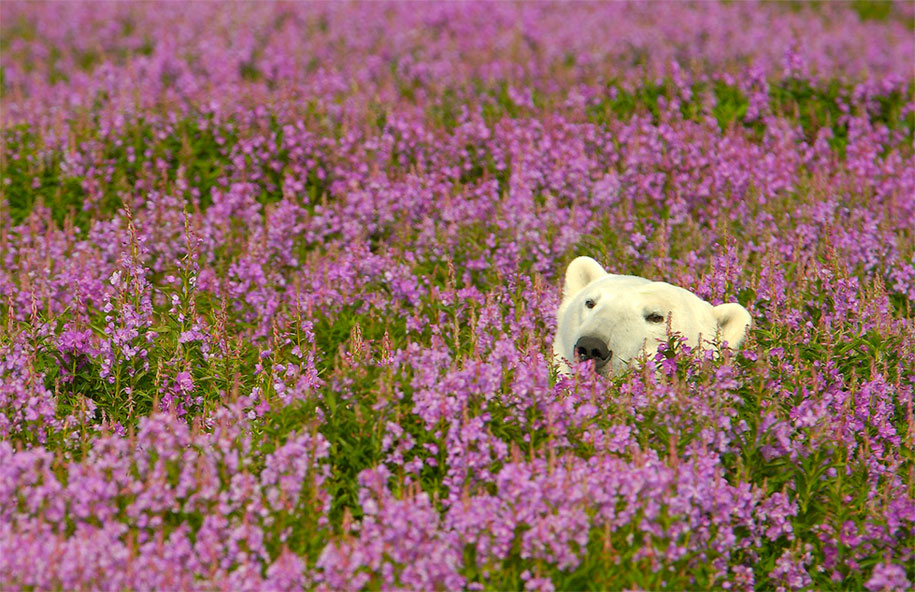 “On another occasion, I laughed out loud as I watched a relaxed polar bear bare his teeth to pluck a single flower from a stem of fireweed blossoms and roll it around between his lips!” 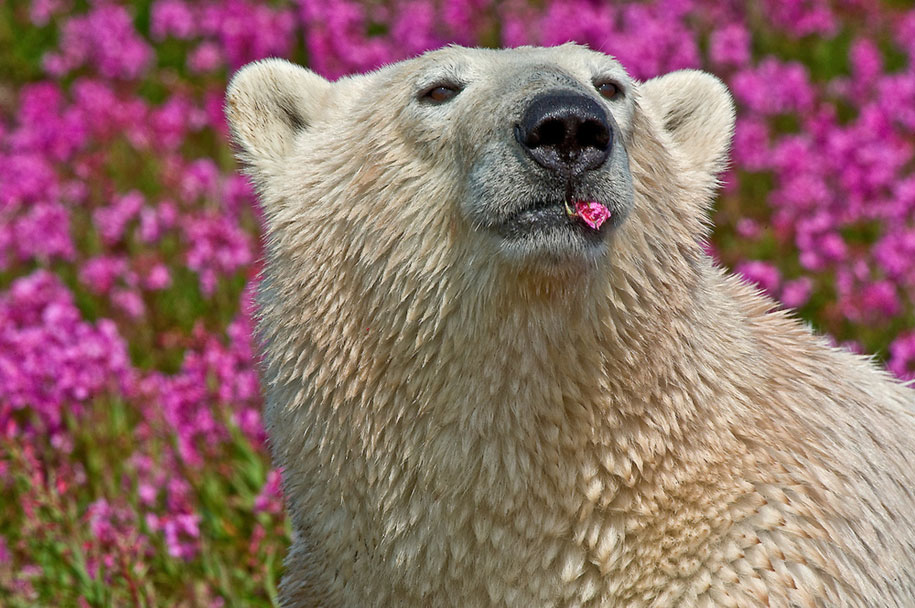 “Like many people, I love white animals, whether it is Arctic foxes, snowy owls, or polar bears”

“However, it’s not just their colour that makes them a favourite target of my camera” 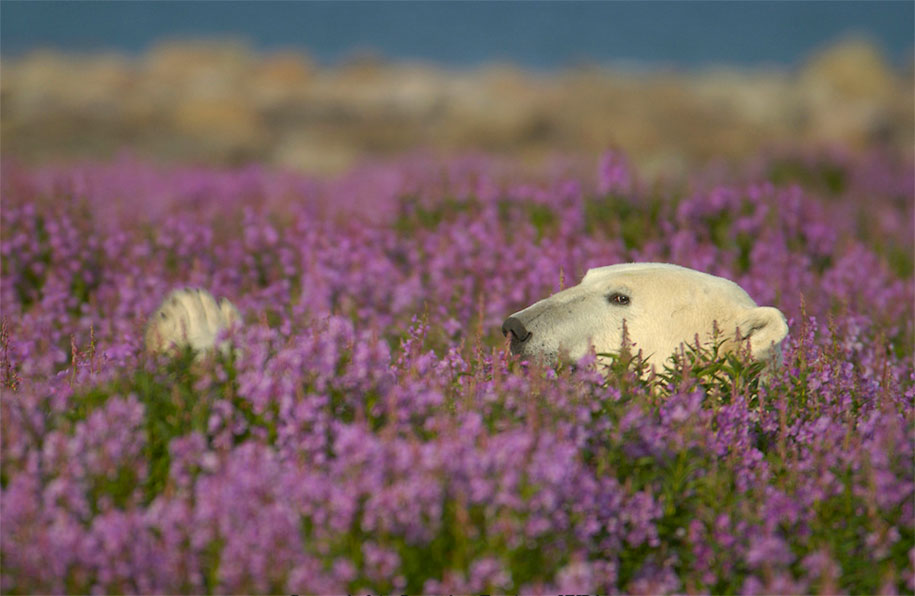 “They have a slow, ambling gait as they drift about looking for anything that moves” 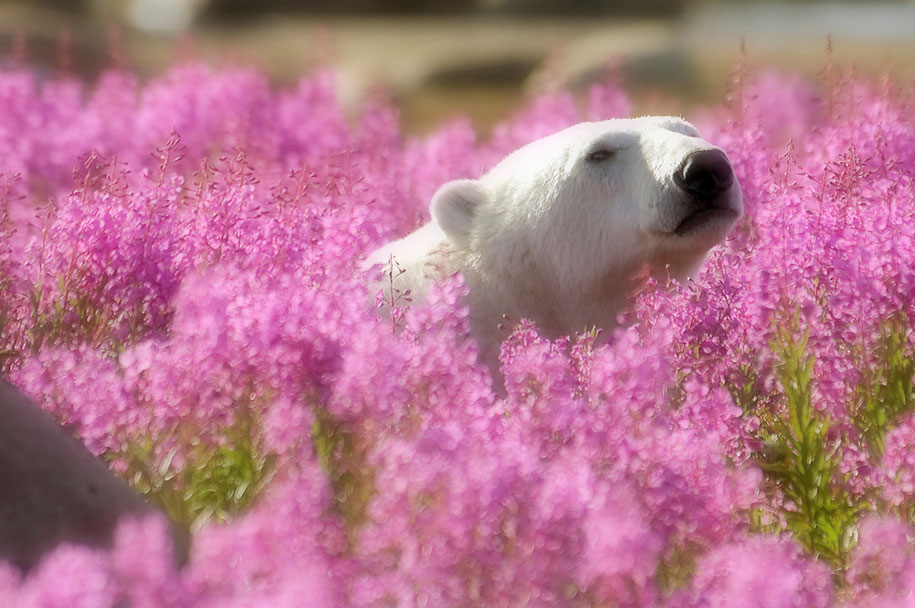 “It looks like they don’t have a care in the world, and that there is nothing they are afraid of” 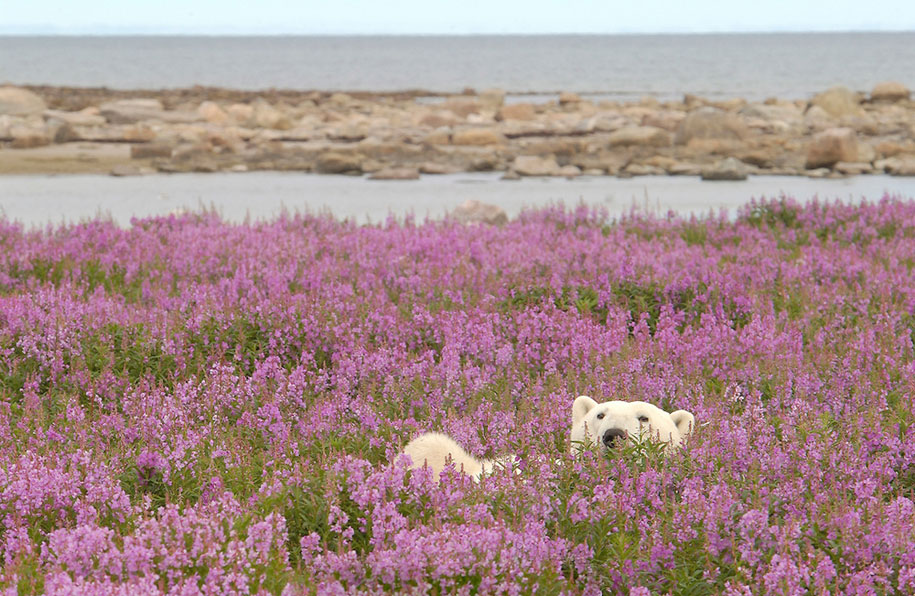 “In the end, I hope my photos inspire people to care about all wildlife and to do their part” 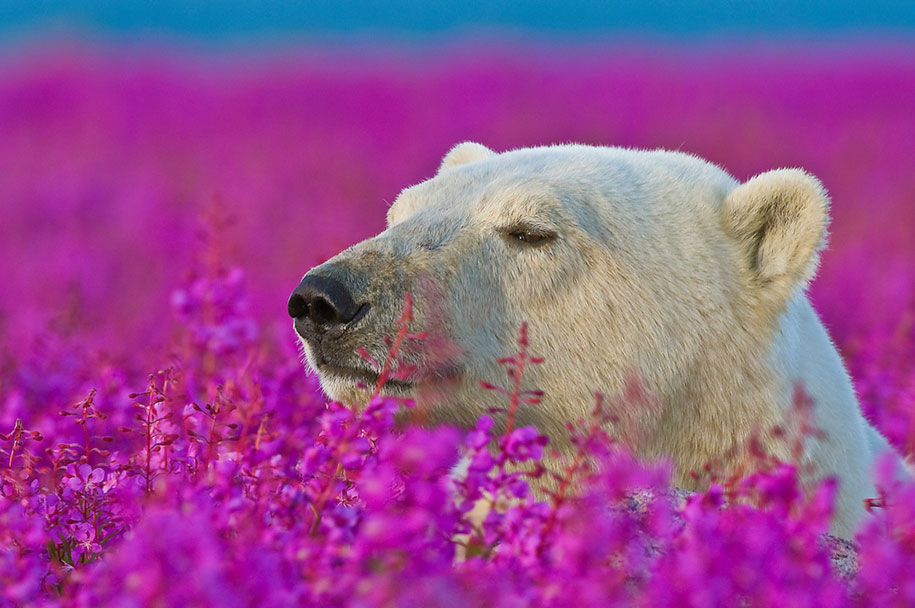 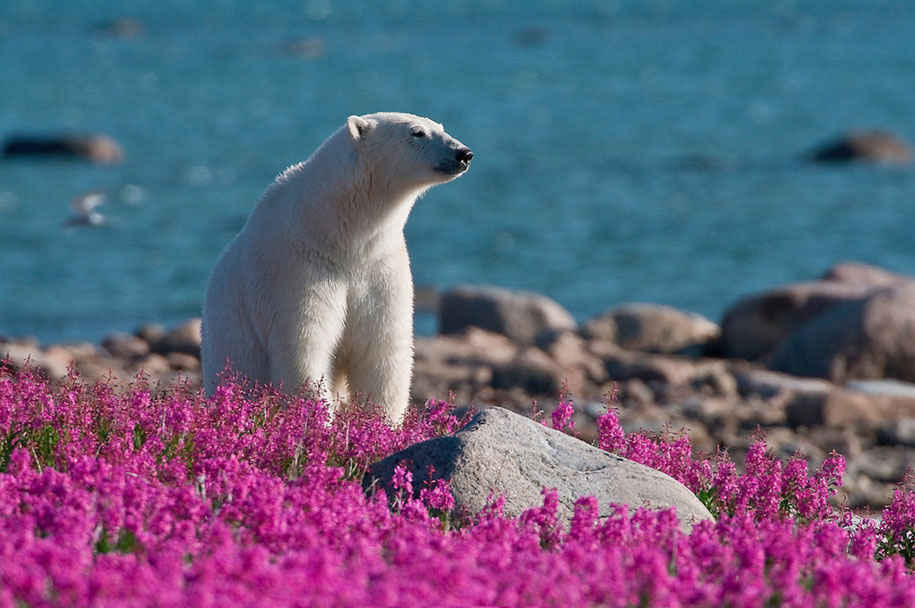 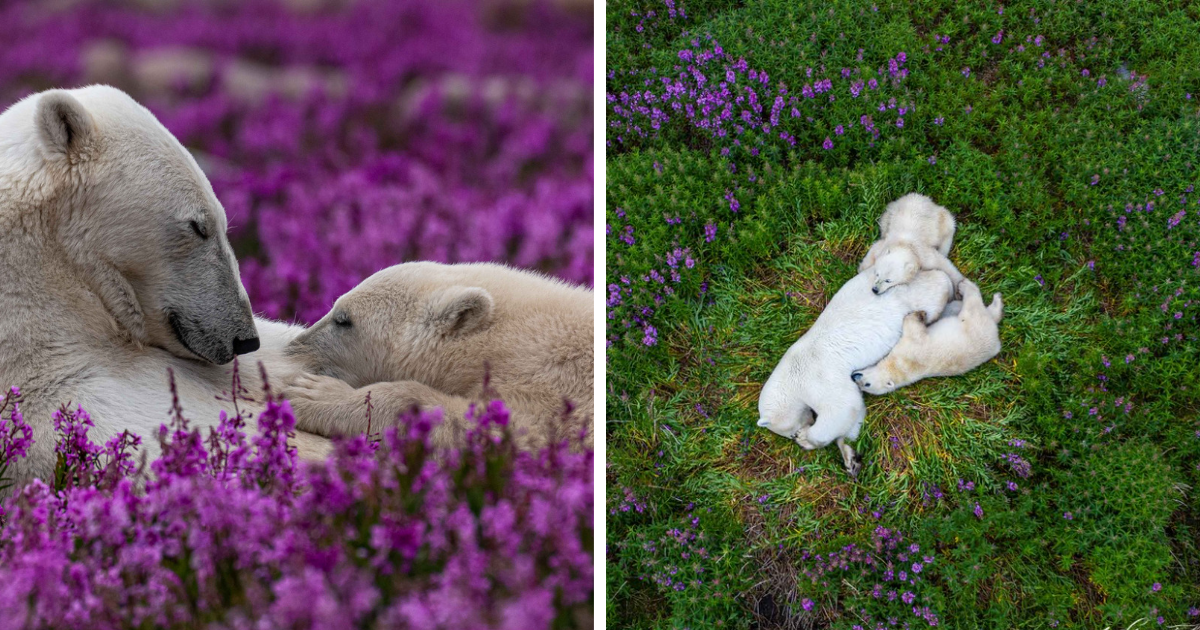 Playful Photos Of Polar Bears In The Summer, Captured By Martin Gregus Jr. 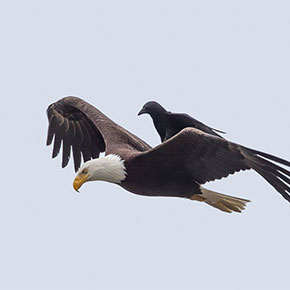 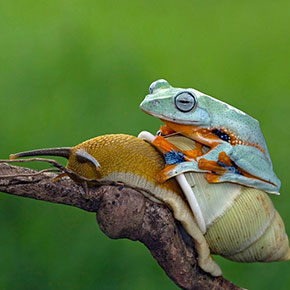 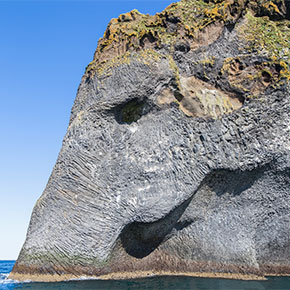 Elephant Appears To Drink The Ocean Off The Coast Of Iceland 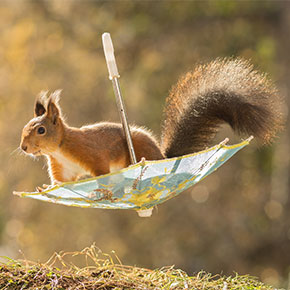