Realistic Handcrafted Jellyfish Sculptures That Seem To Be Swimming In Glass

Unless they recently discovered a new species of “pile of shards” in the Amazons, most of us aren’t particularly skilled at making glass animals. But Richard Satava is extremely talented at making vases with realistic jellyfishes! Don’t worry, none of the floating tentacle domes were hurt in the process – everything is just glass and superior workmanship. Richard had spent three years perfecting the glass formula and has now been making jellyfish vases for 20 years. They come in several cardinal types of coloring and shape of the dome, all positioned upright in a transparent vase. There’s also the side-swimmer version, where the jellyfish is depicted swimming over a bit of ocean floor.

Mr. Satava was introduced to glass blowing 1969 while still in high school. By 1977, he had established his own studio, named Satava Art Glass. He had been working on several series of glass works – “Petroglyph”, for example, mimics cave paintings – with Jellyfish being the most successful. 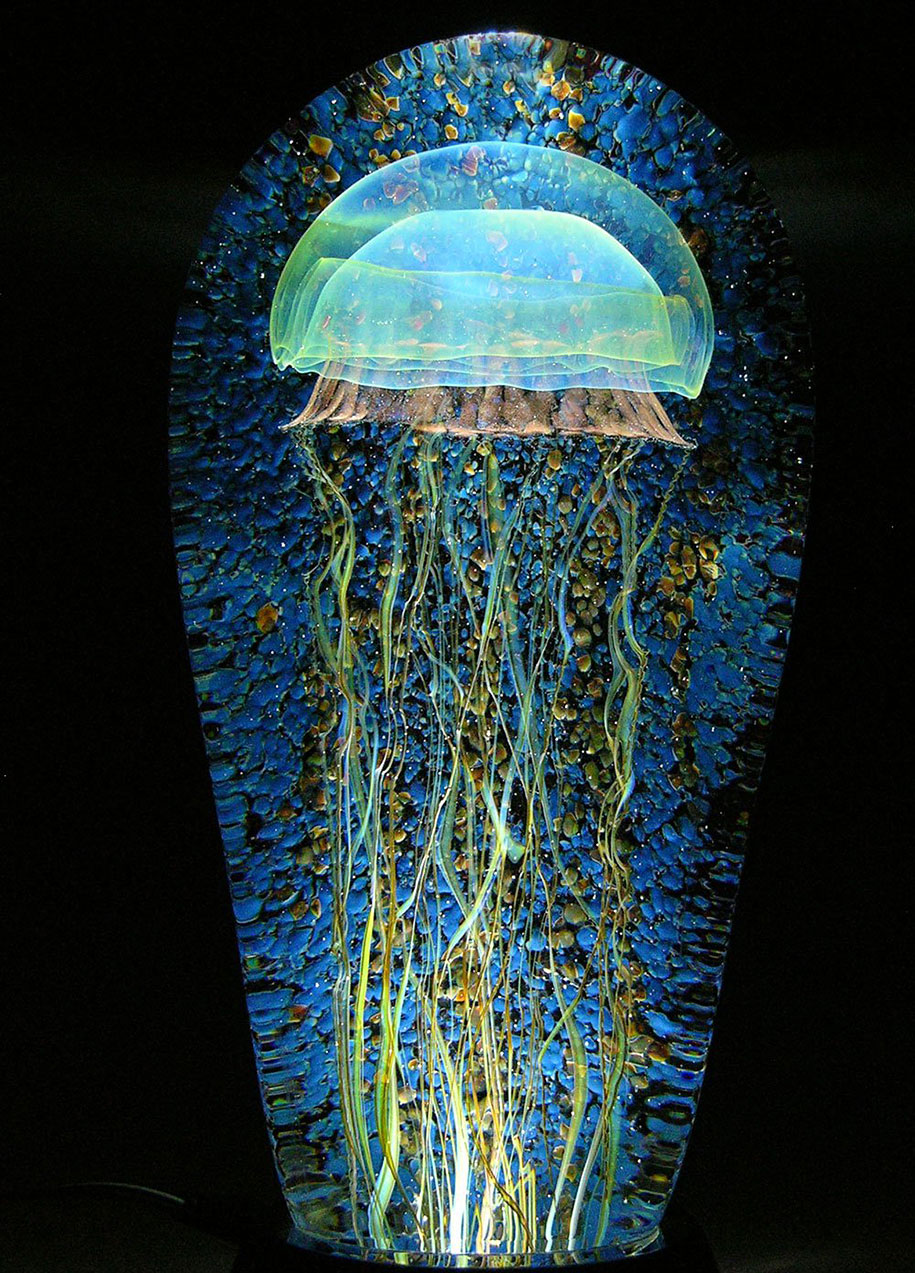 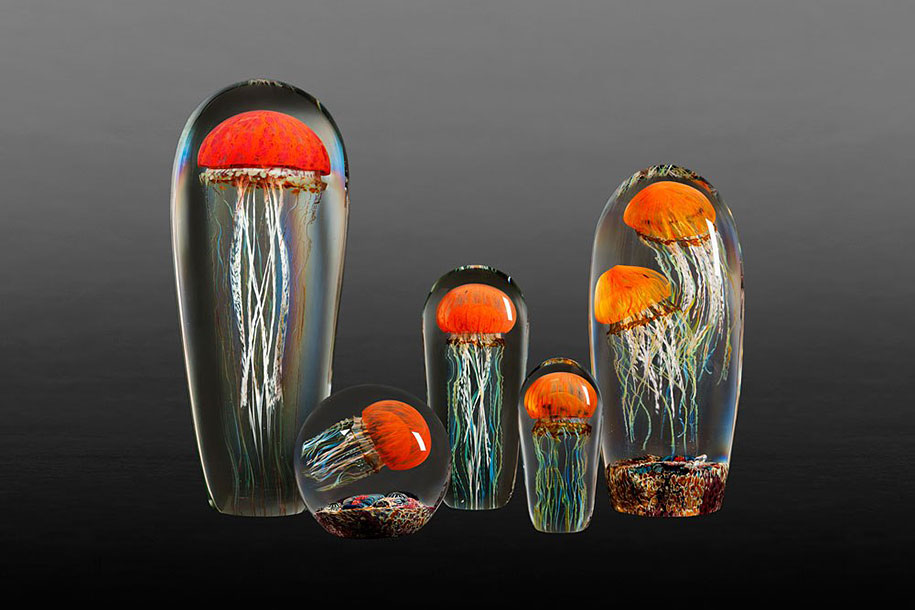 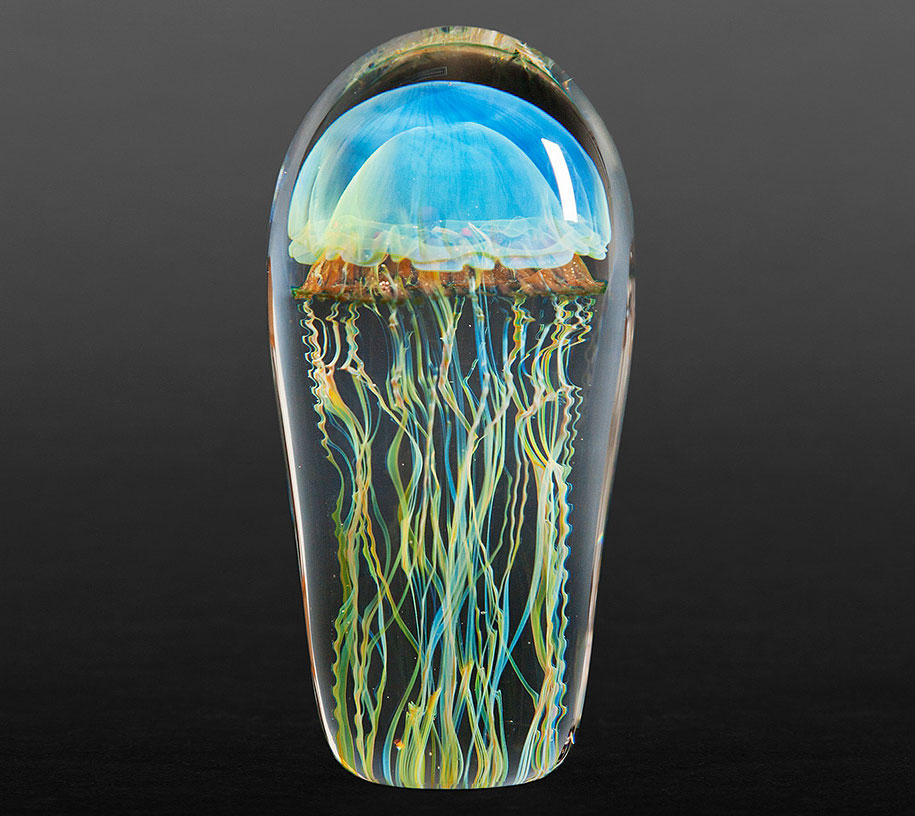 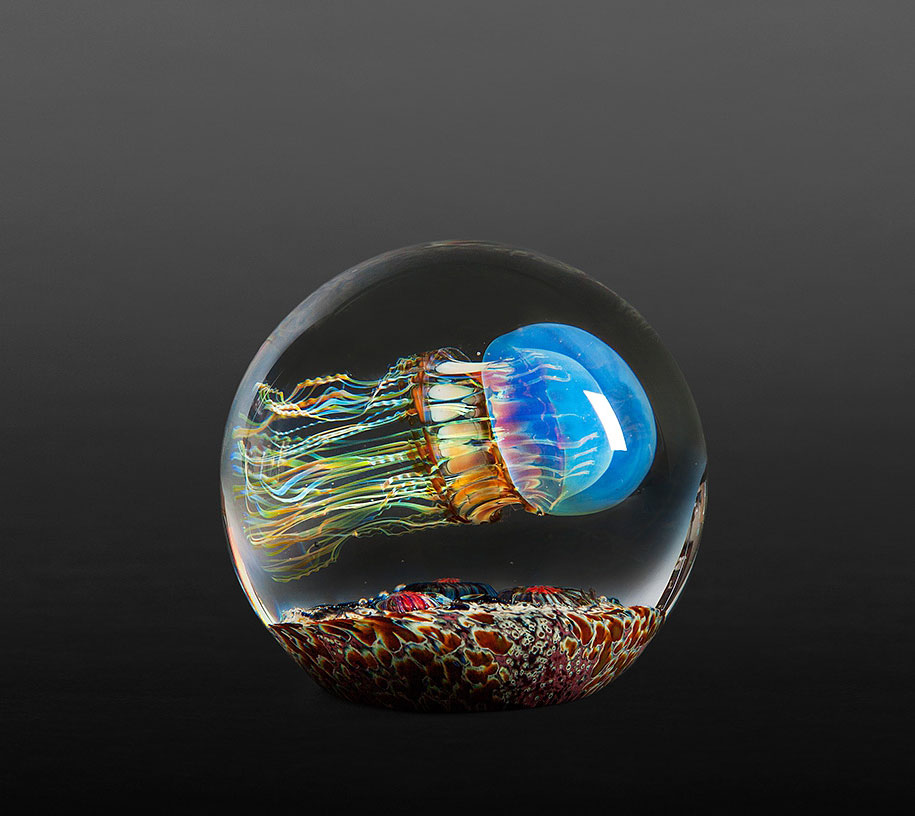 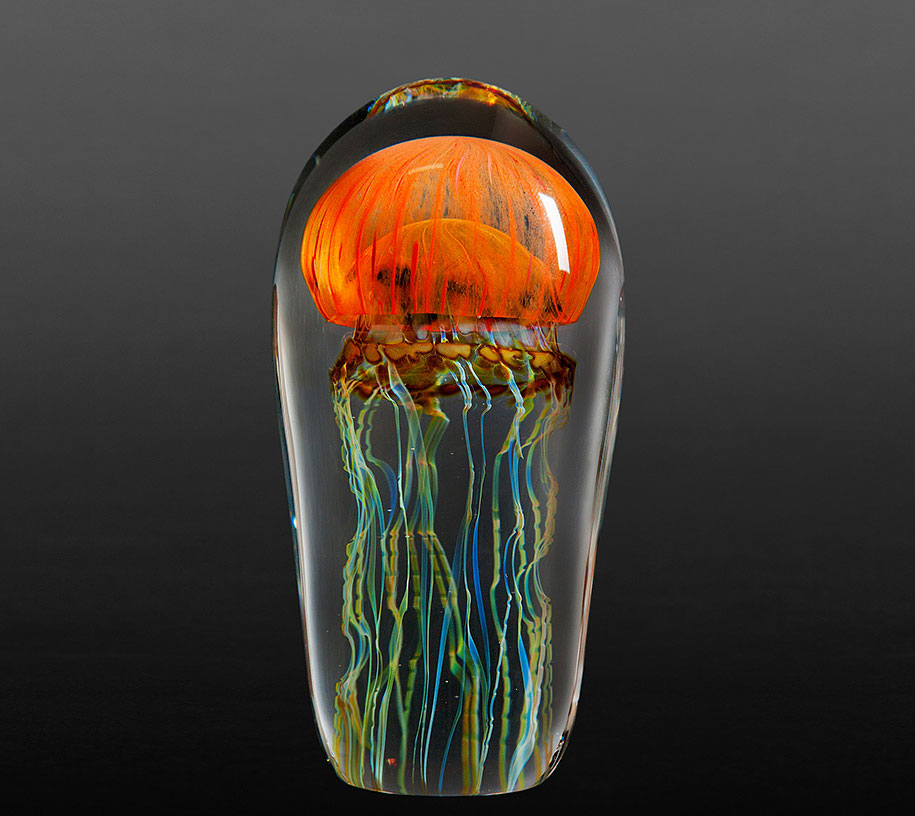 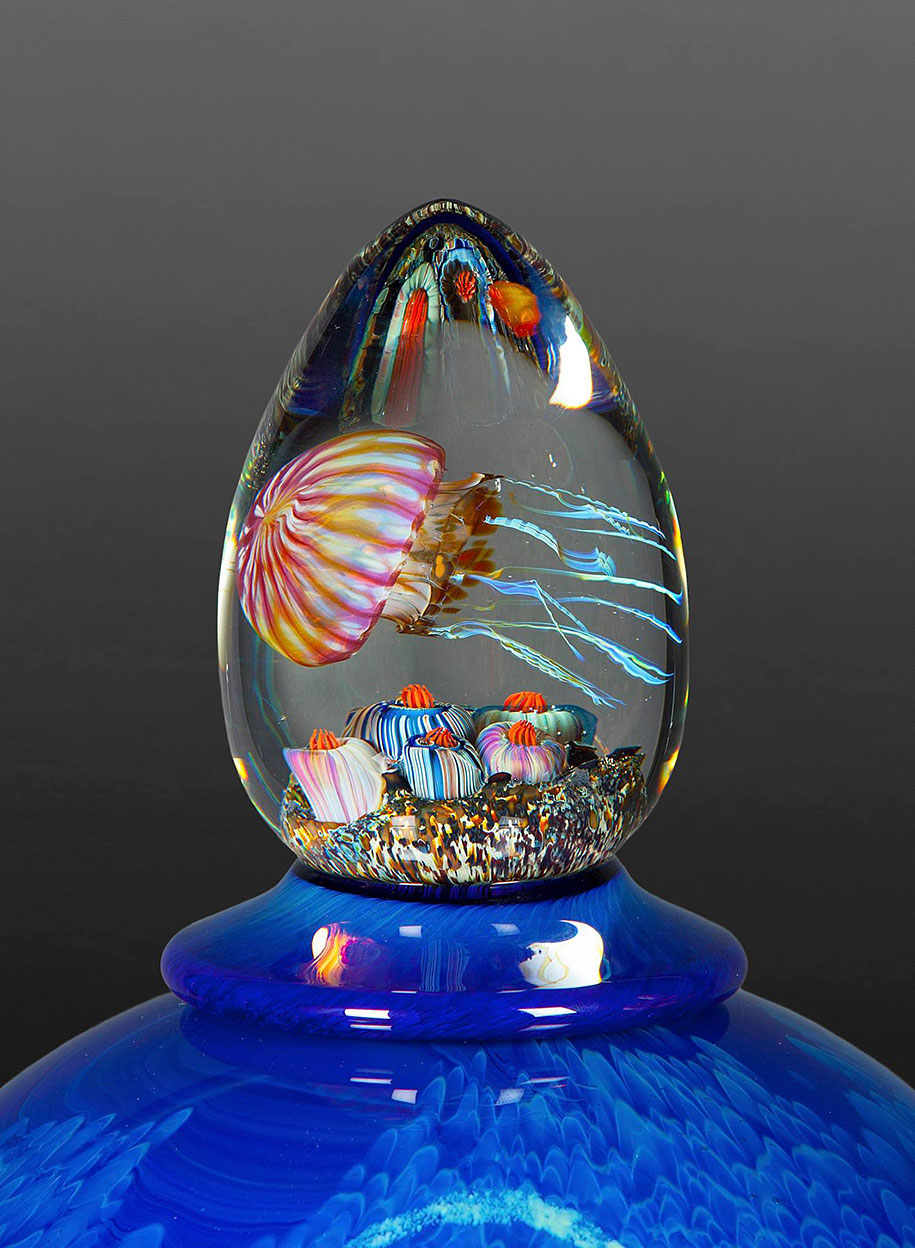 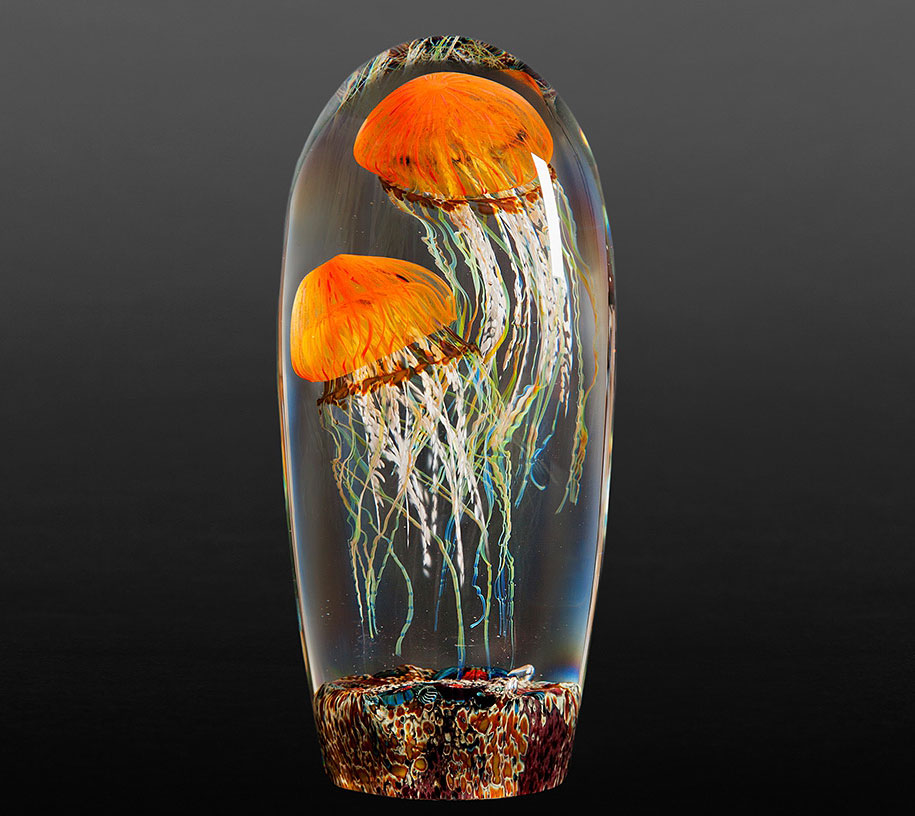 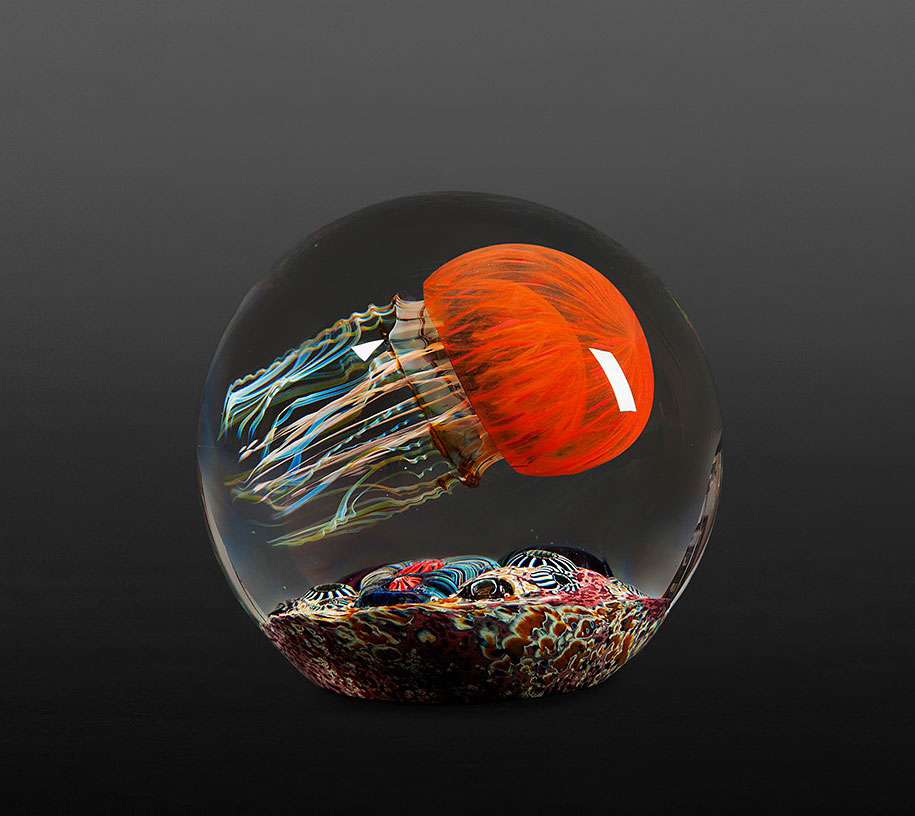 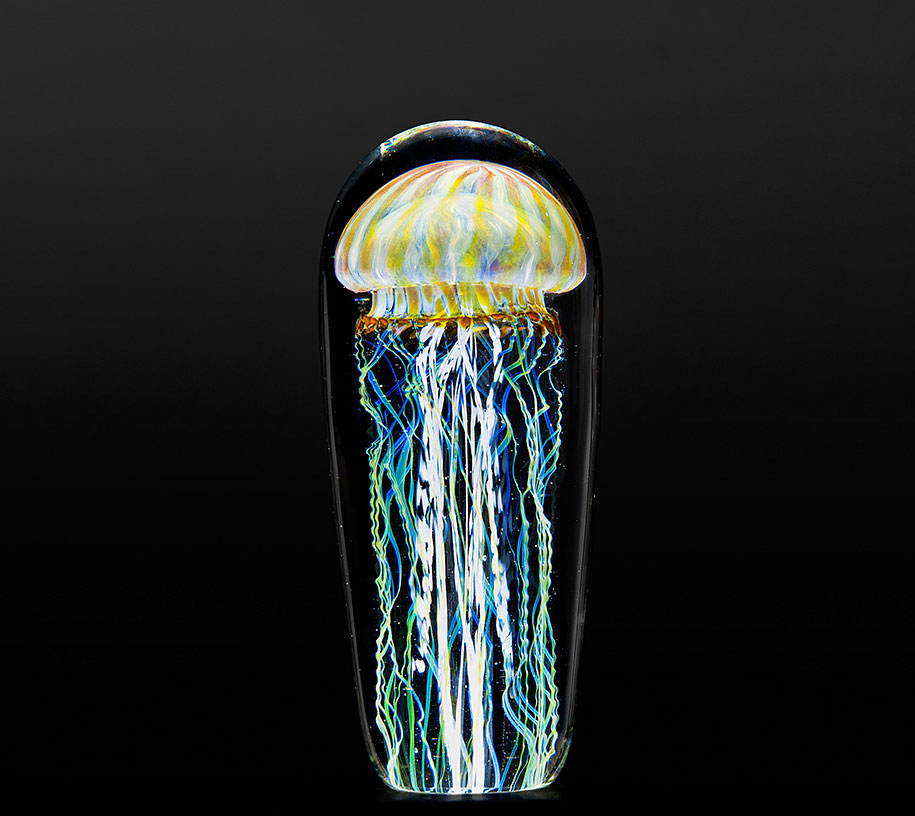 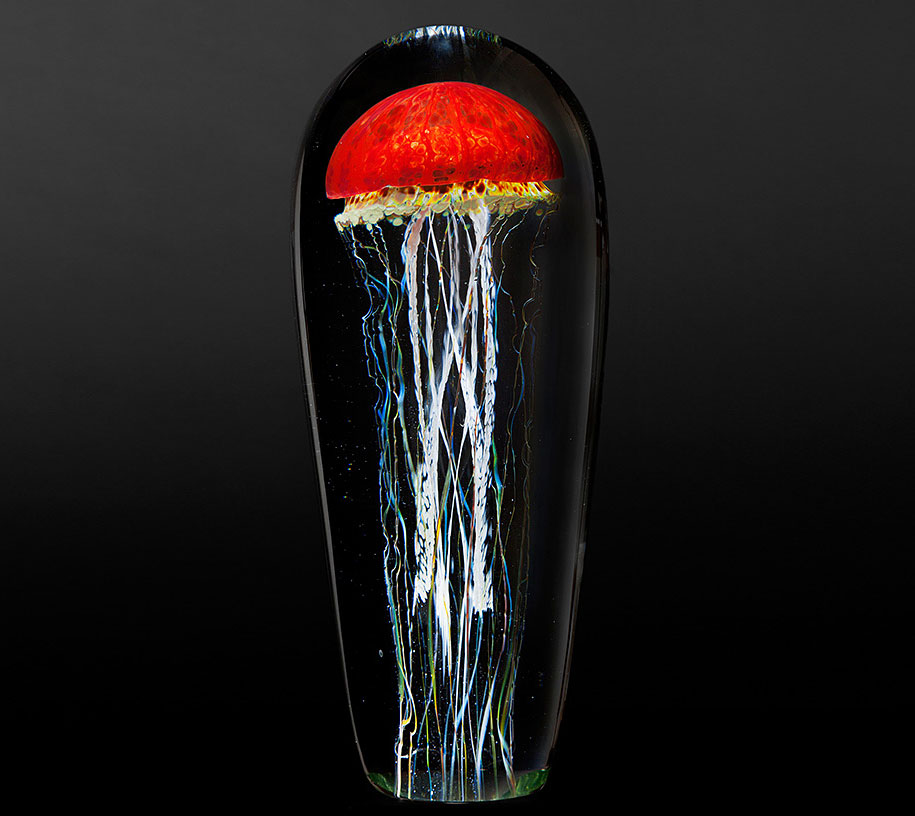 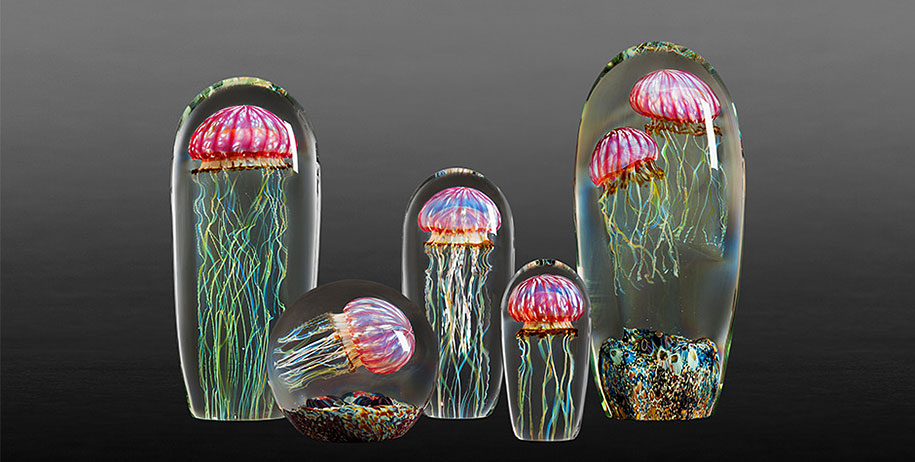 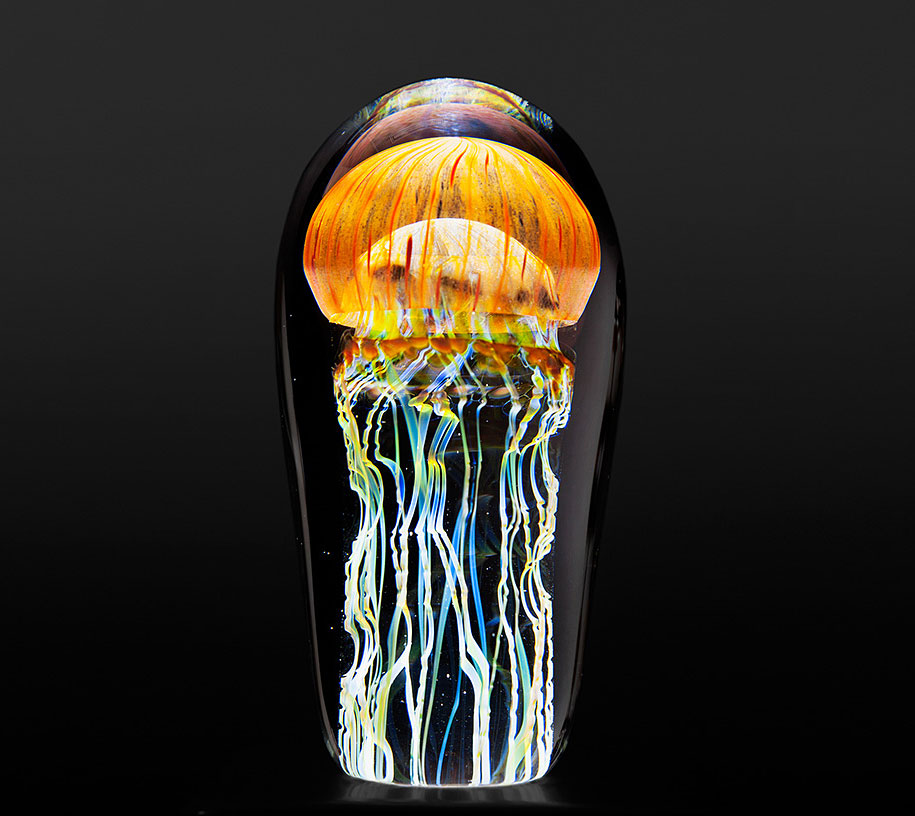 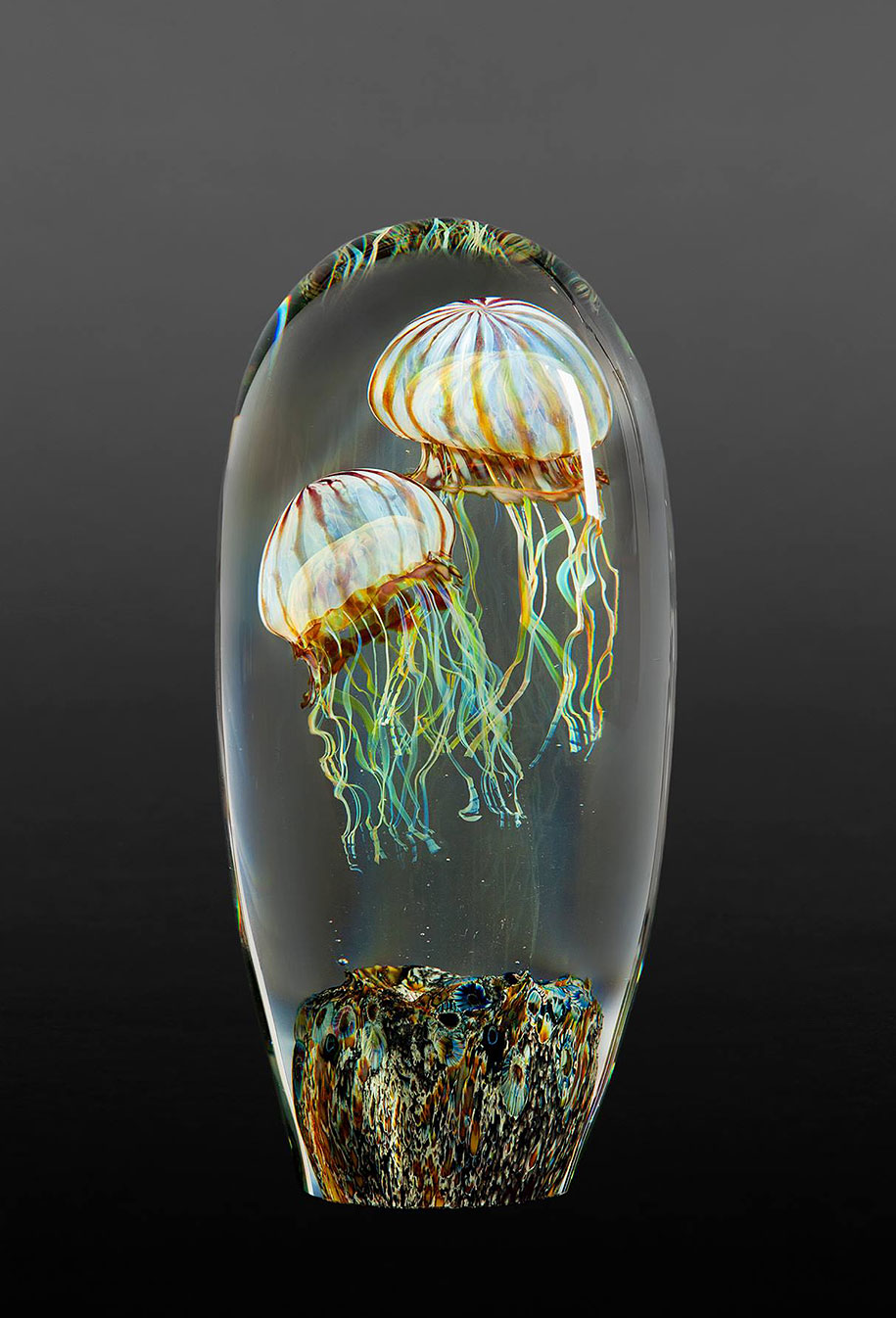 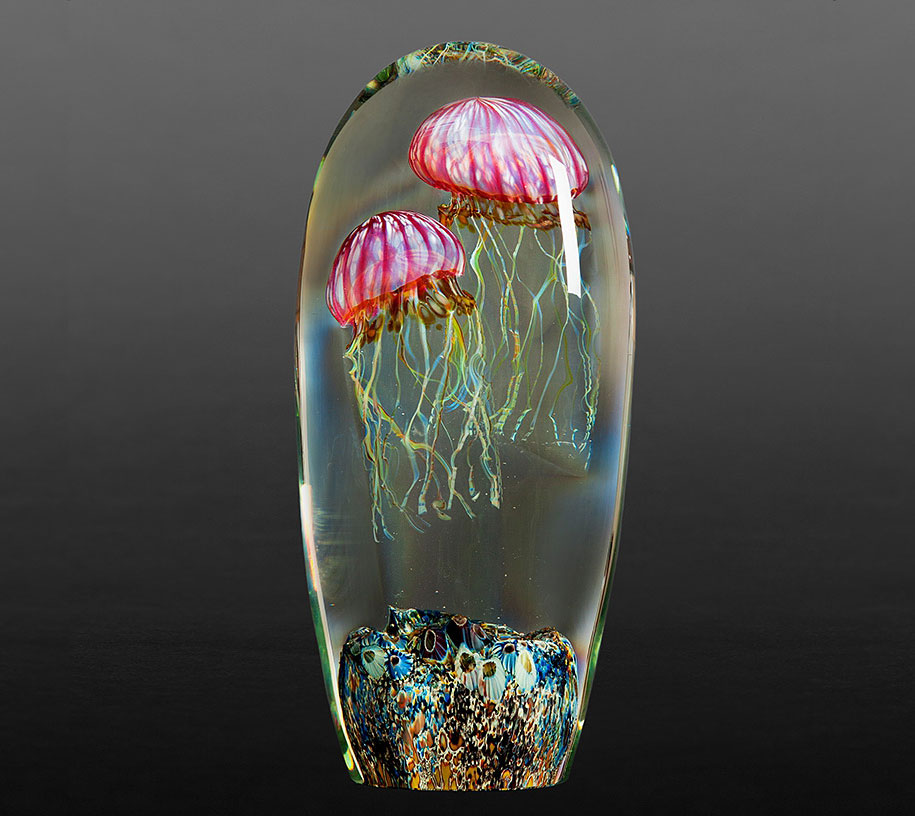 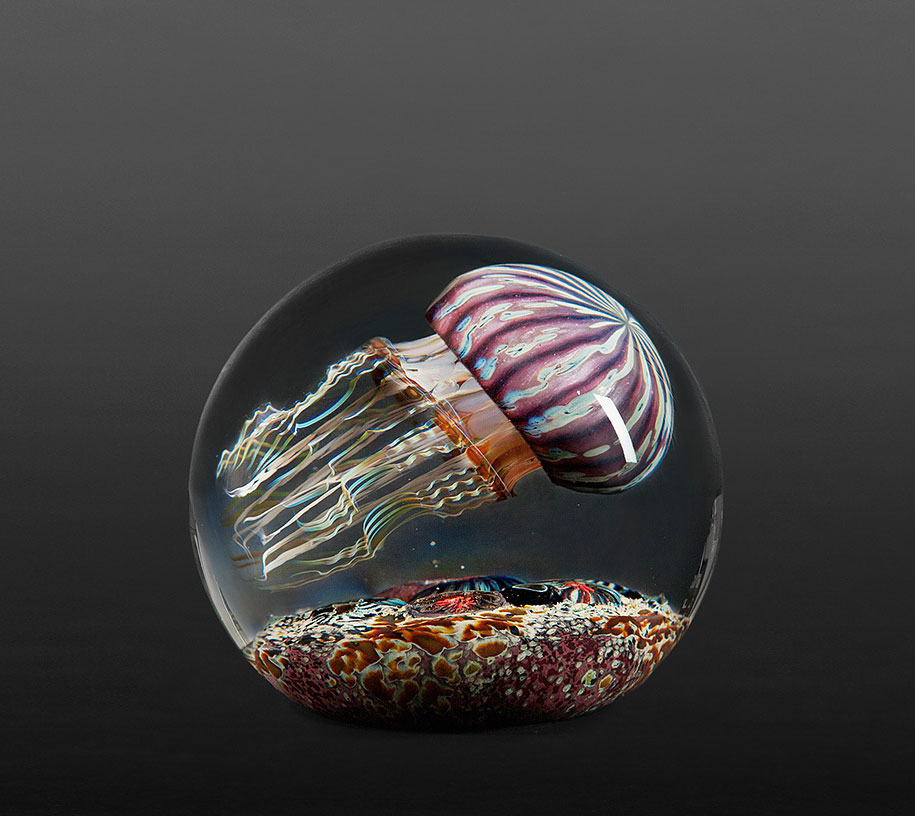 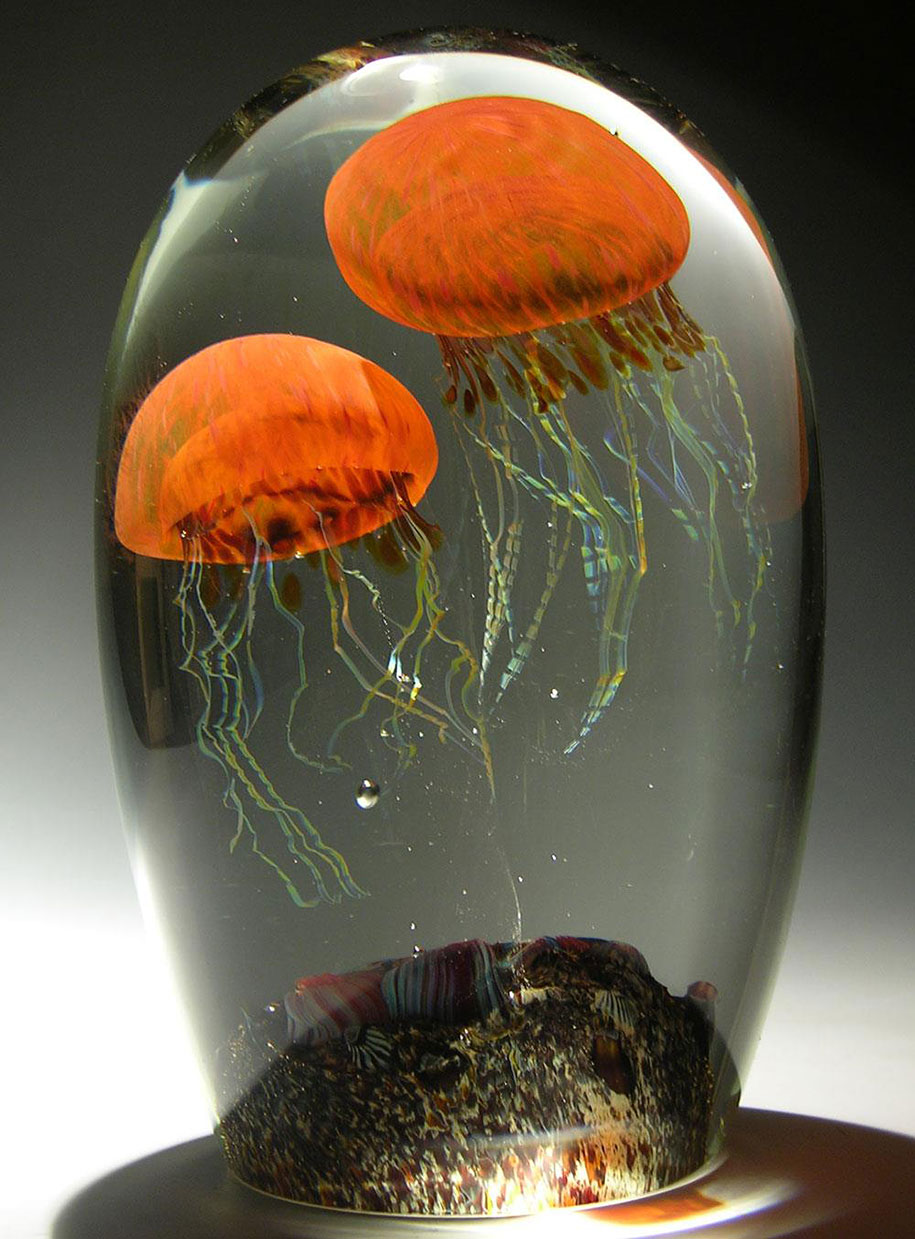