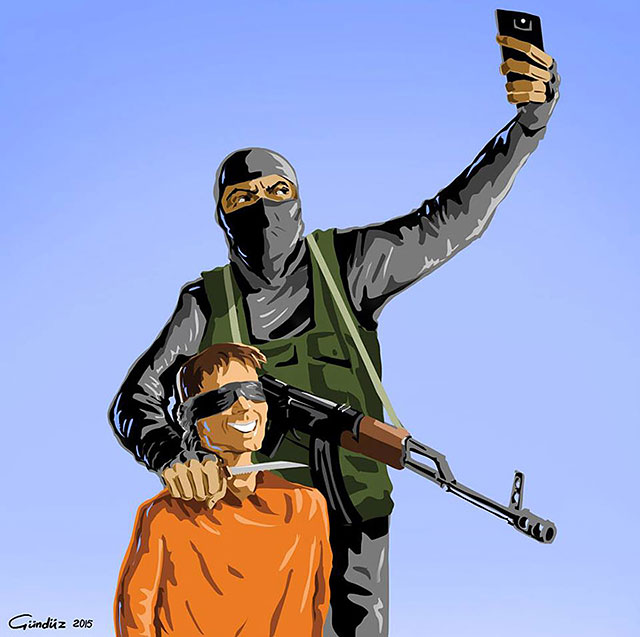 The people agree: selfies are bad. And Azerbaijani cartoonist Gündüz Ağayev is using them in his illustrations to satirize religious icons around the world. His drawings depict orthodox Jews, praying Muslims, a woman in a burqa and others taking selfies.

There could be many interpretations of his work. Maybe Ağayev is protesting against publishing one’s outward religious appearance, as a front to others, instead of just following the tenets and being a humble believer. Or maybe he just argues against religious in general. With art, it’s always hard to say.

Gündüz Ağayev is a caricaturist from Azerbaijan. He has studied in the State Academy of Art. Ağayev has had at least three exhibitions so far, and is currently based in Baku. 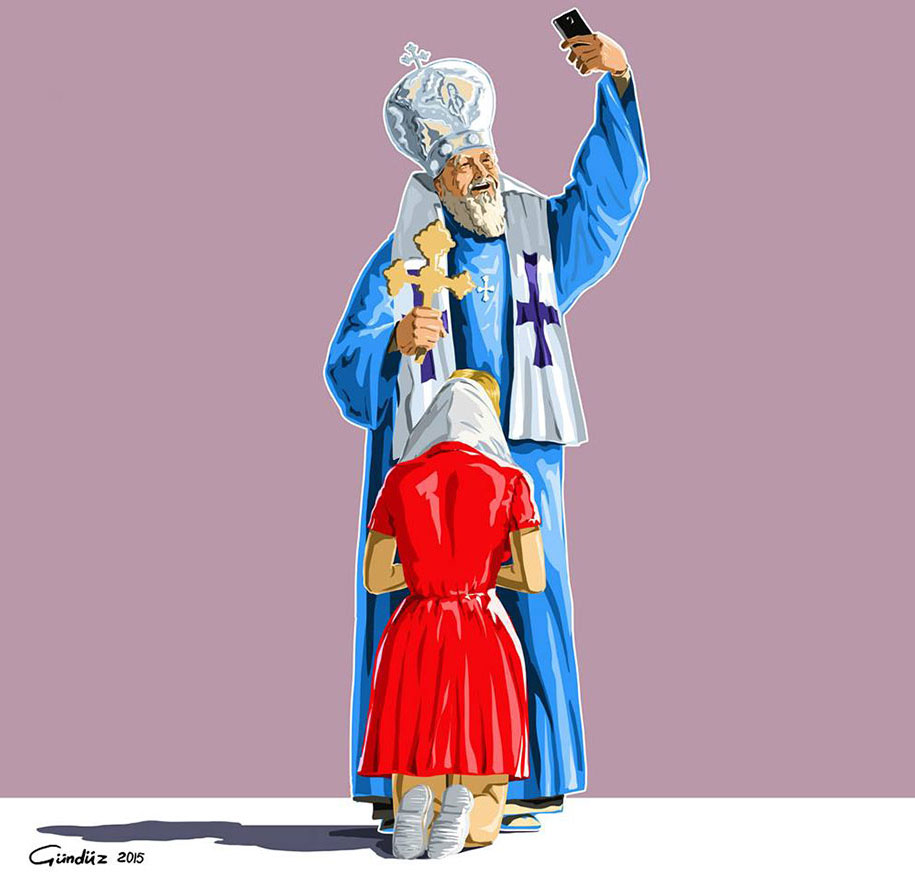 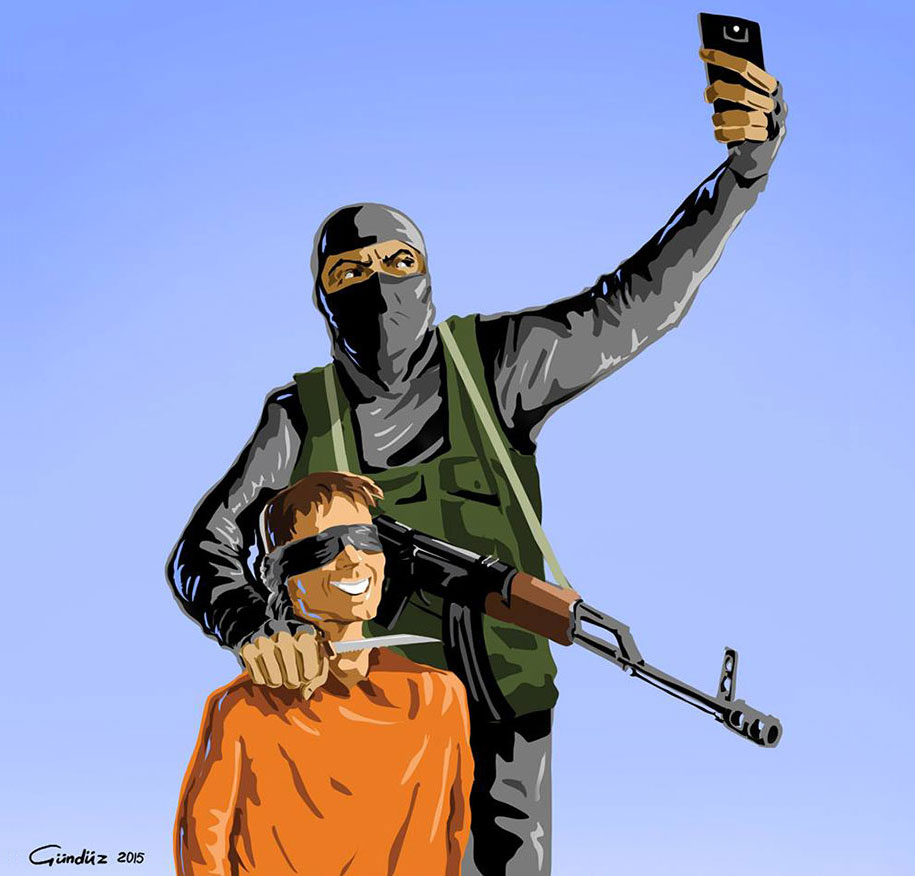 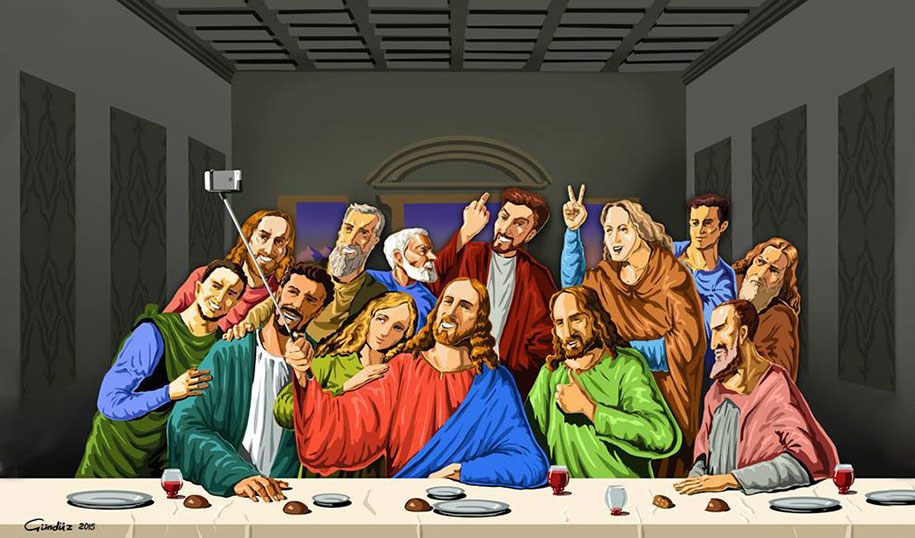 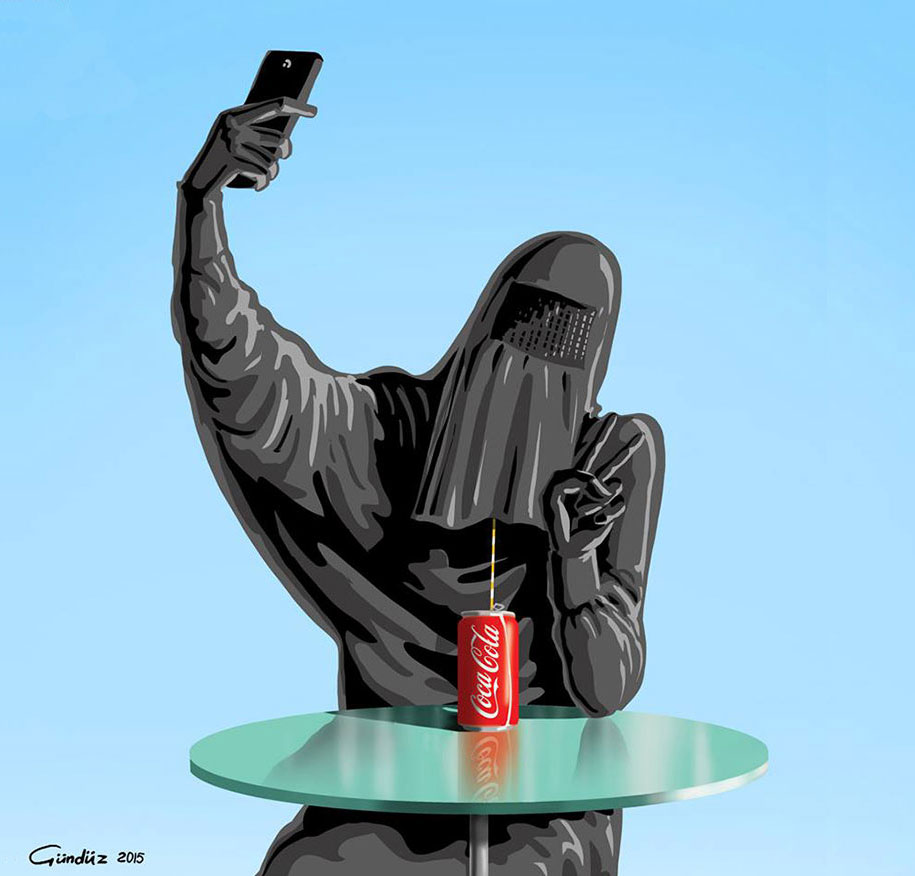 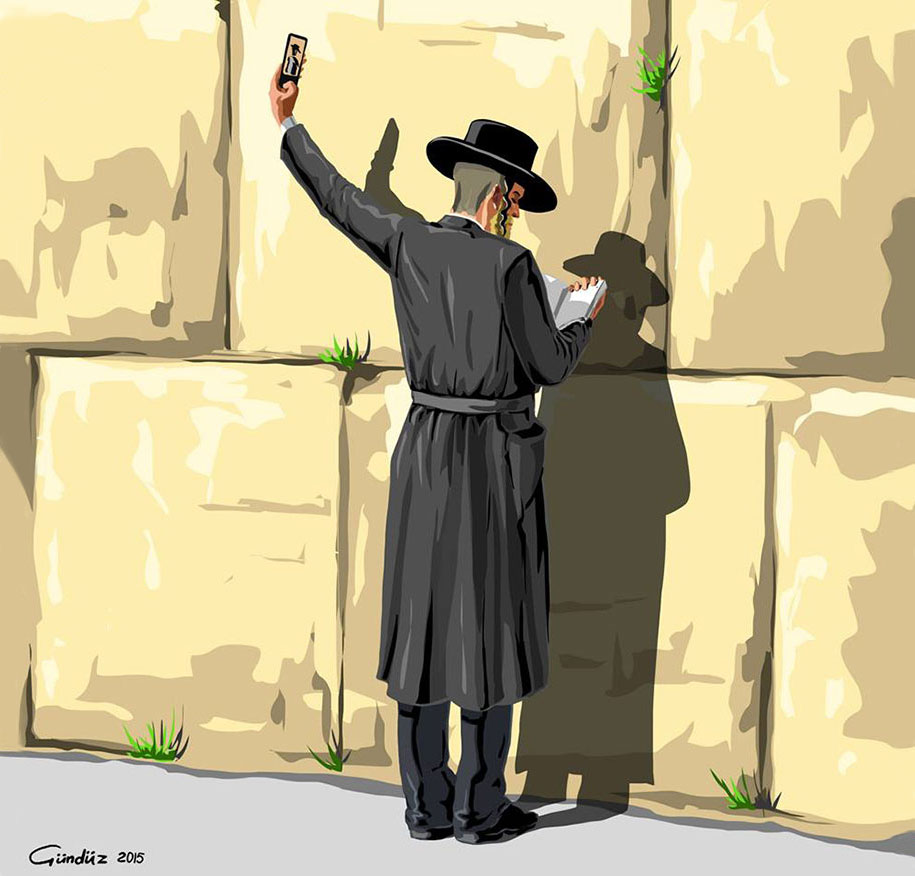 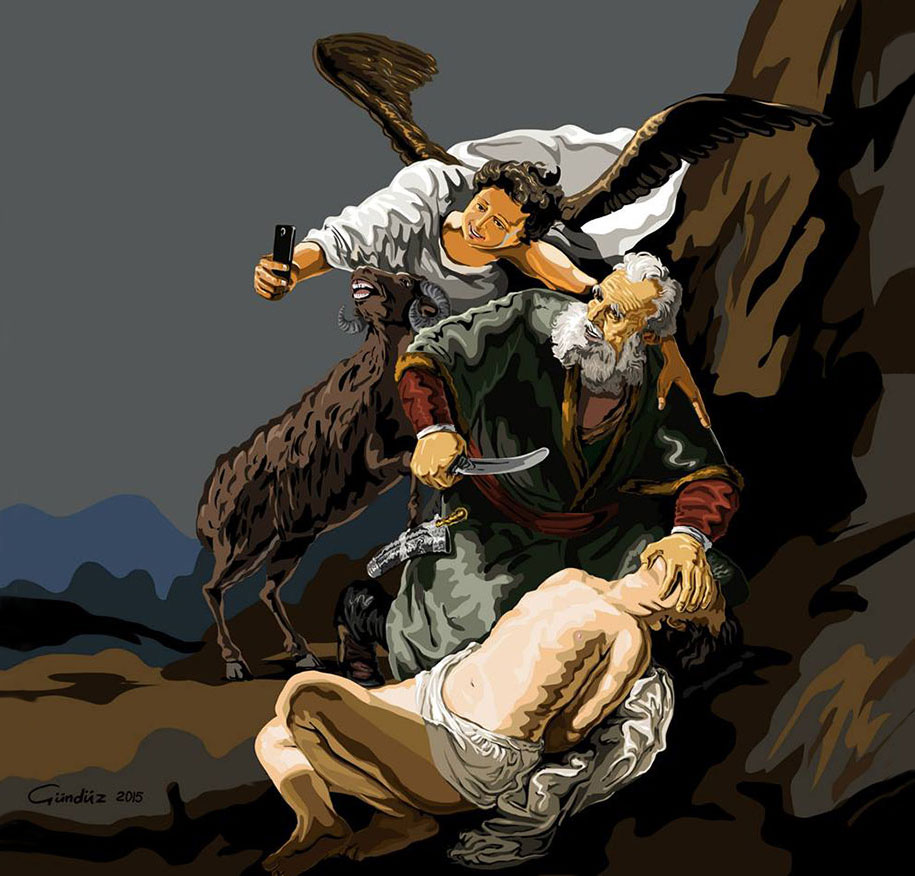 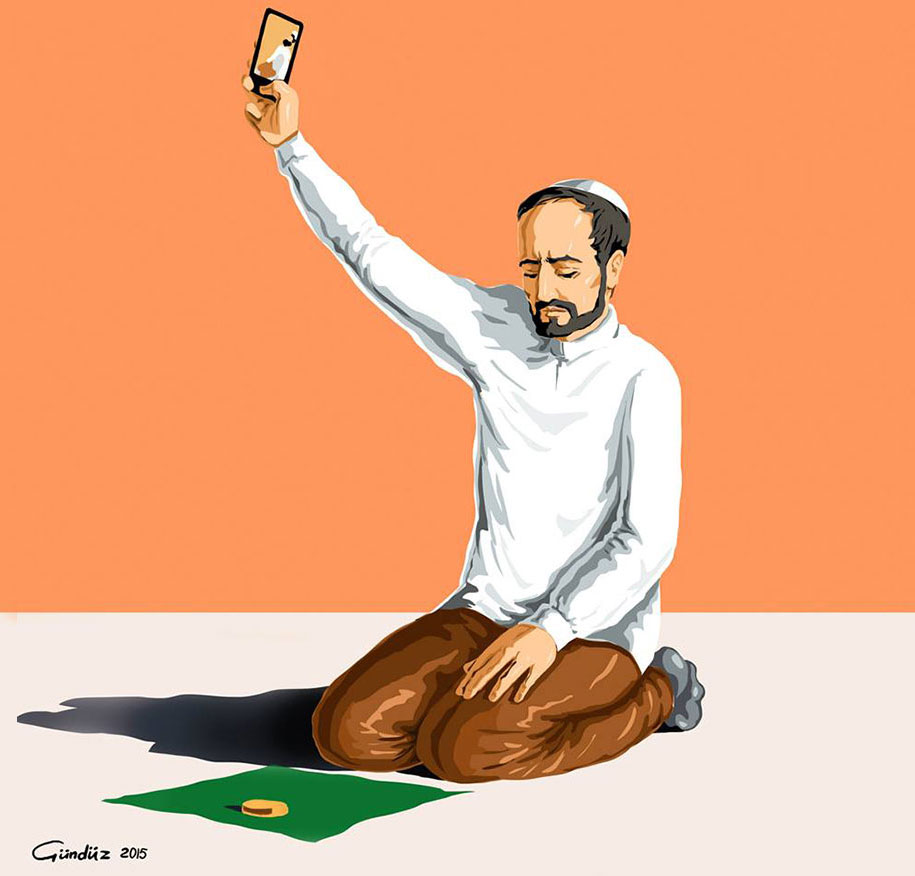 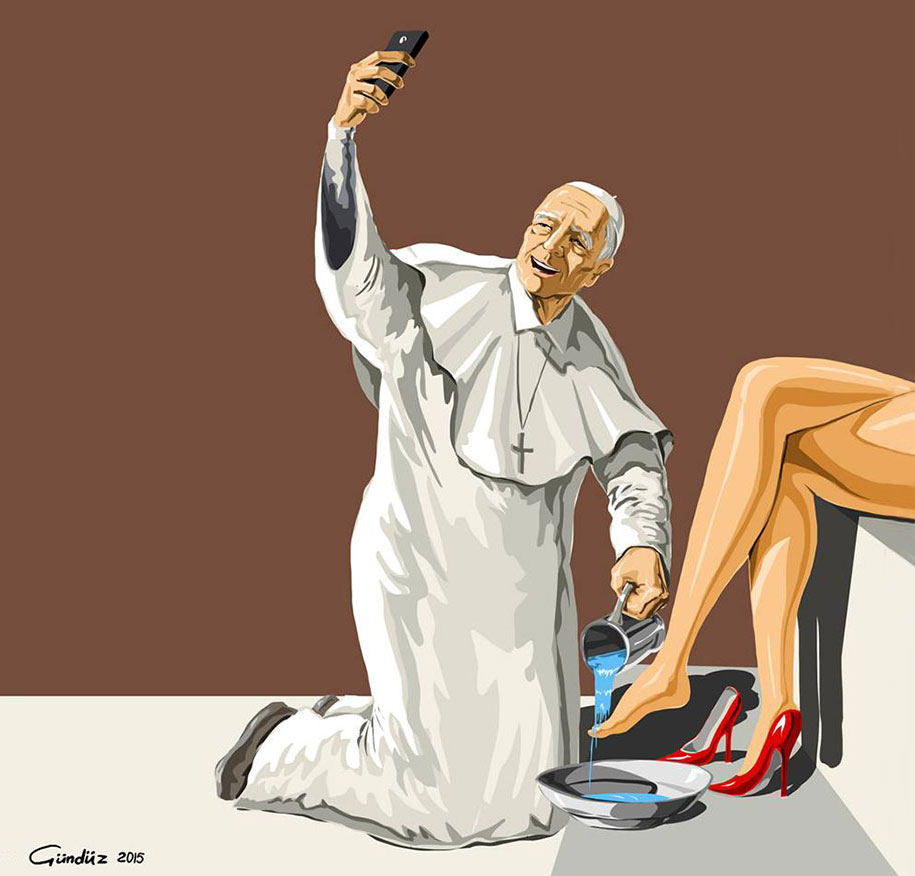