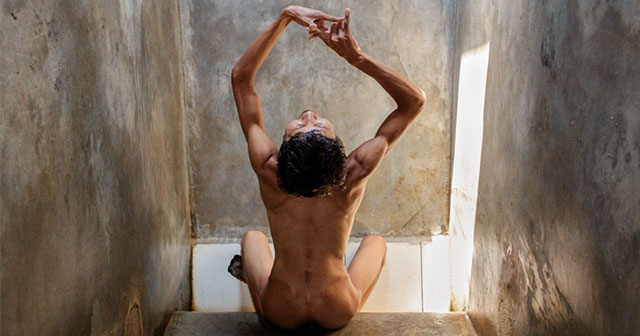 An American photographer Andrea Star Reese has been traveling to Indonesia to continue documenting the life of the country’s mentally ill. And the results are nothing short of shocking.

Indonesia’s mental treatment facilities have been in an appalling state for decades now. It has become a common practice to keep patients chained in cages, on a very low nutrition diet and separated from anybody, condemning them to a life of solitude.

The photographer captures these everyday horrors the patients have to endure throughout the country that has around 19 million people with psychosocial disabilities. “There are still doctors that use only one prescription and one diagnosis – insane,” says Andrea. Those sorts of  careless comments from specialists show how little hope the patients have to get their voices heard.

It is not an easy photo series to watch, but it is the one that needs to be seen and heard.

“Agus sings in his cage. Keepers won’t let him out fearing he would run away, so this cage has become his permanent home,” 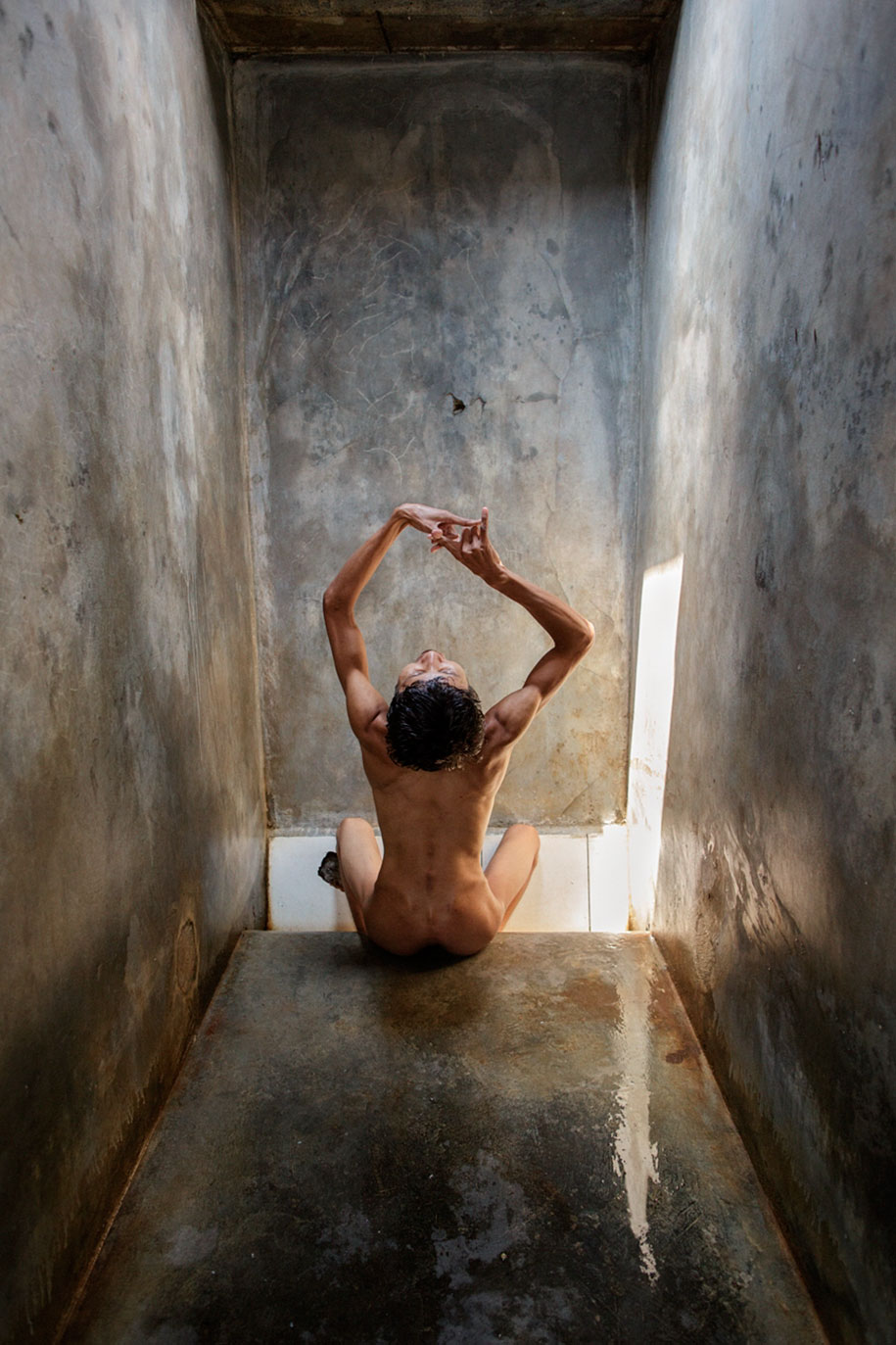 “Evi’s hallucinations started when she was fifteen. Her parents paid for the wooden bed and Islamic approach to her treatment,” 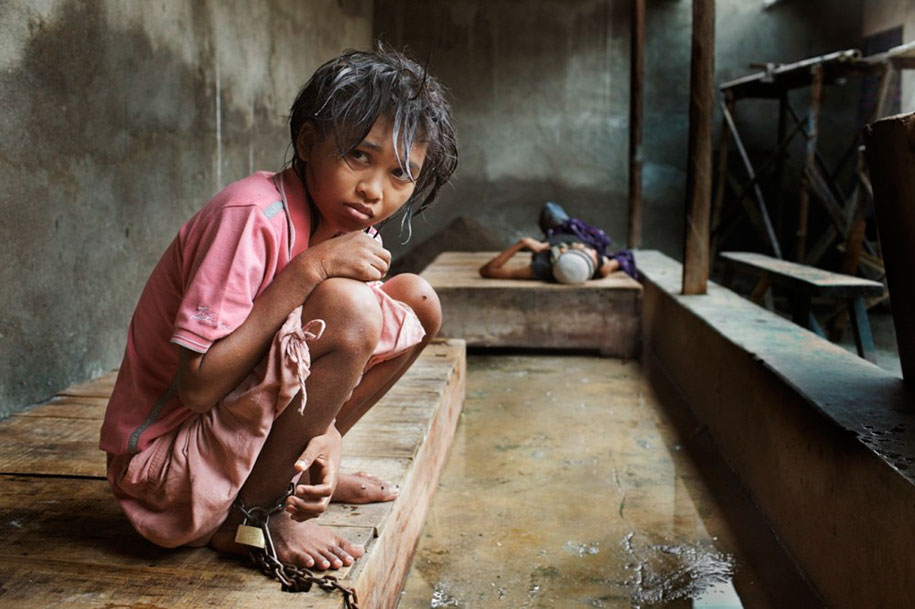 “Galuh Foundation in Jakarta, Indonesia is licensed by the government. No one is turned away, but government provides only two months of food, there is no actual housing, only a cage-like pavilion, where men and women are separated by a wire wall,” 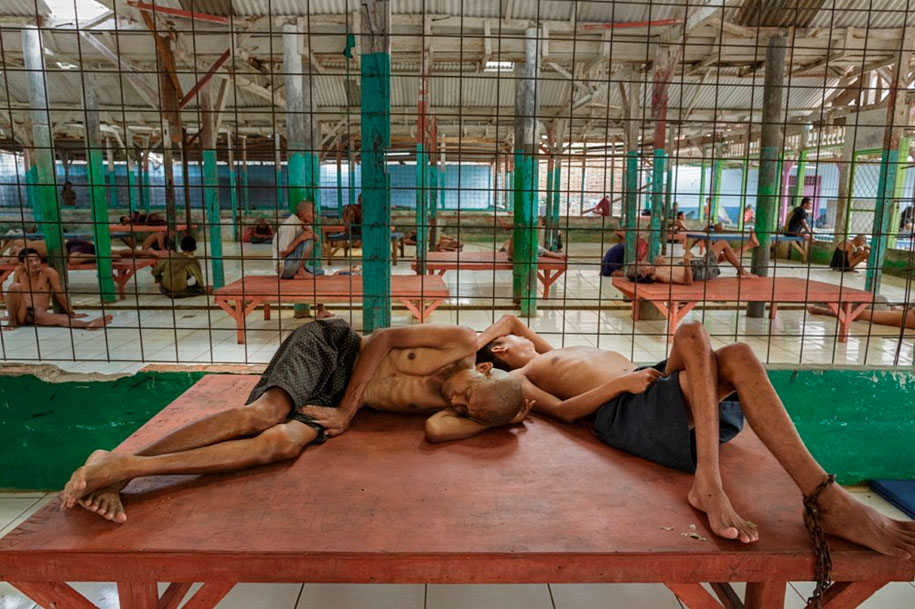 “Muhammad (left) is performing a mass healing. For the whole day and night the patients will drink herbal drinks, pray, vomit and eventually enter hypnotic trance,” 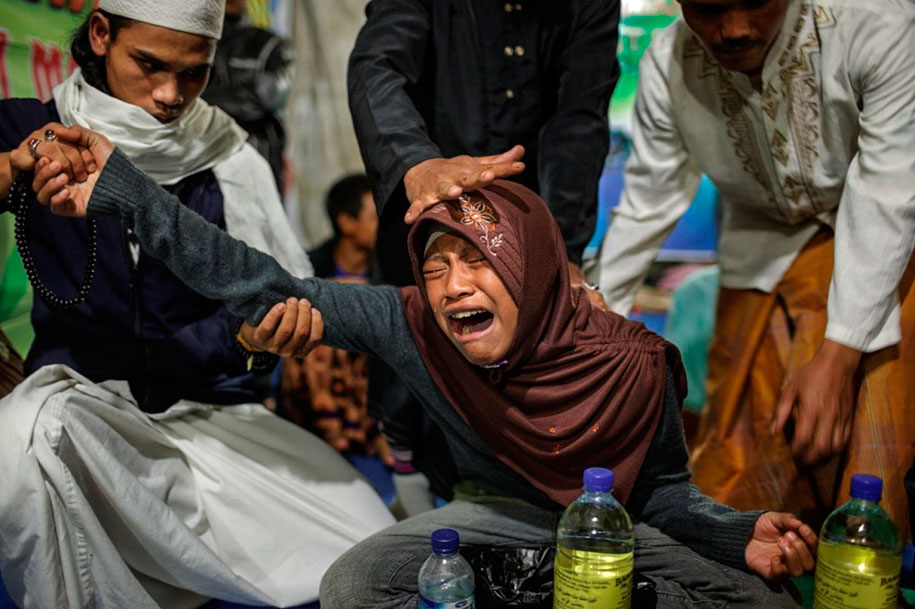 “For ten years Anne was held in a room without a window and according to her father she didn’t need to eat much. She used to like running, but now she cannot stand,” 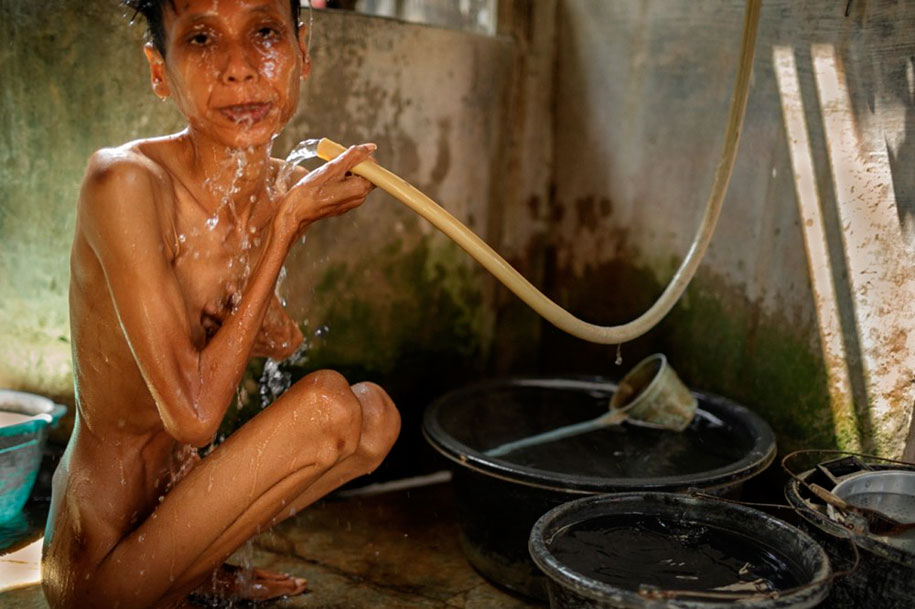 Keeping patients in cages has become a common practice 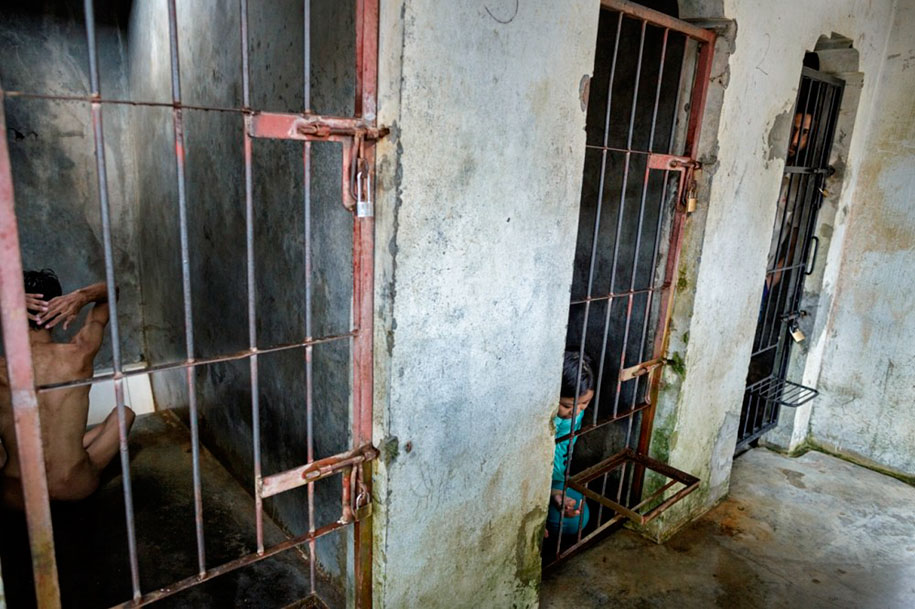 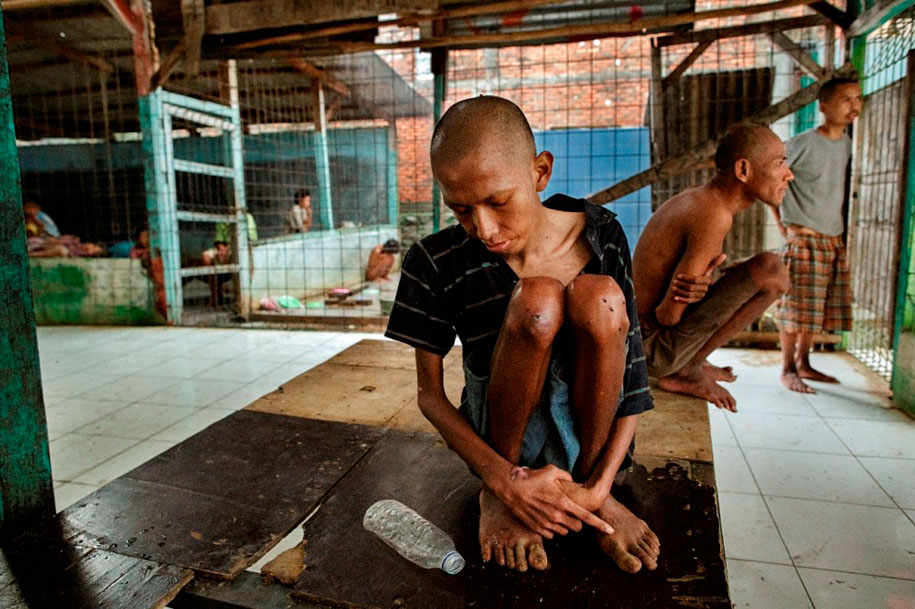 “Saimun has been living with a wooden leg restraint for 5 year. He’s forty, cannot talk and lives with his brother who is also mentally impaired. They and their mother are completely dependant on charity of their neighbors,” 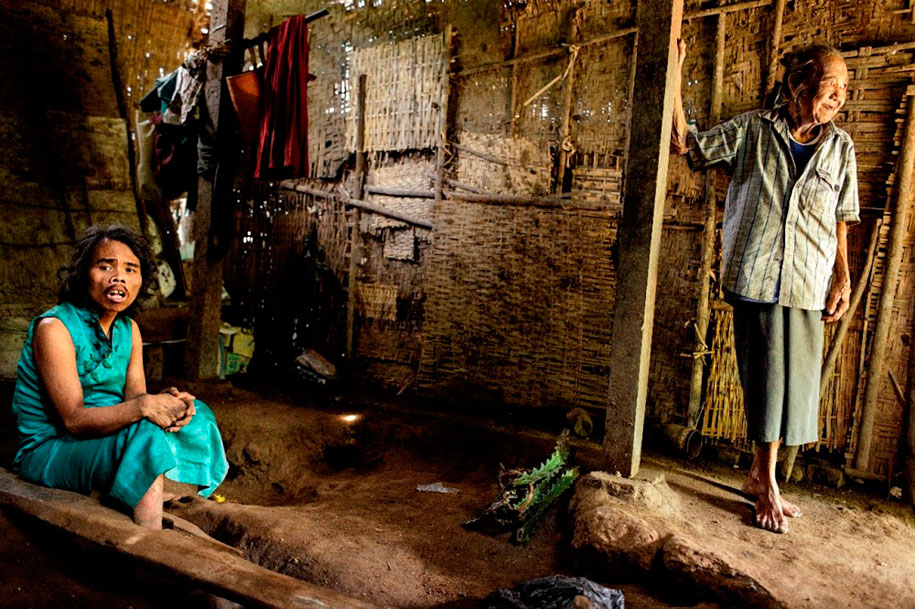 “Boarding school staff is trained to deal with extreme situations with their students (left). Seapudin’s (on the right) legs have been in restraints for 9 years. The muscles have atrophied because of the lack of use,” 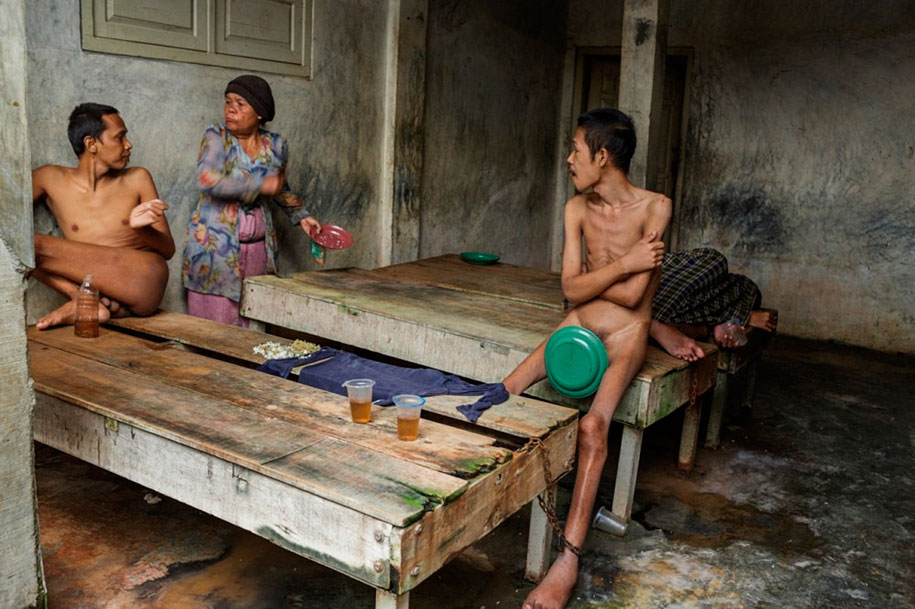 There is no financing for basic things like food, so more expensive projects like facilities’ maintenance is out of the question 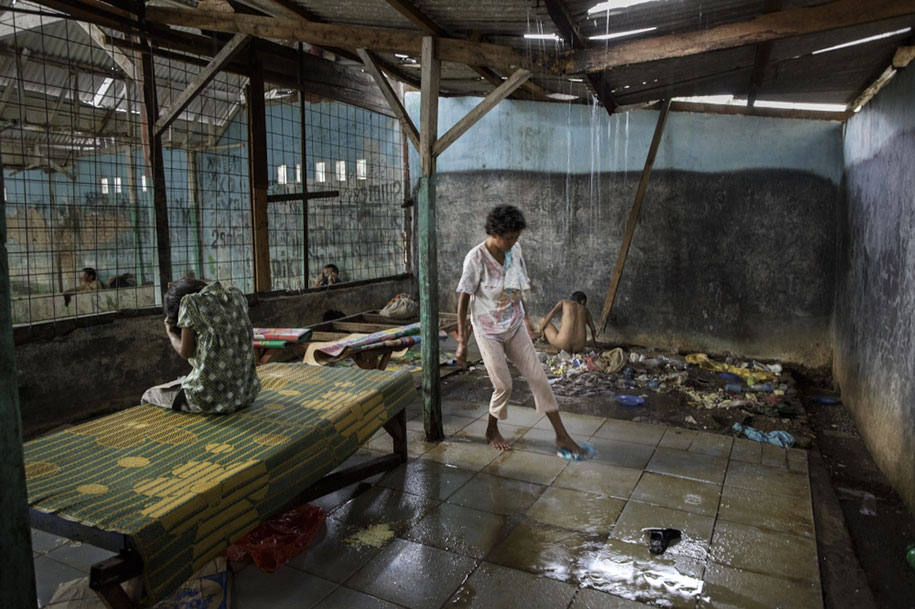 Patients’ lives are limited by a confined space where they do everything: eat, sleep, shower 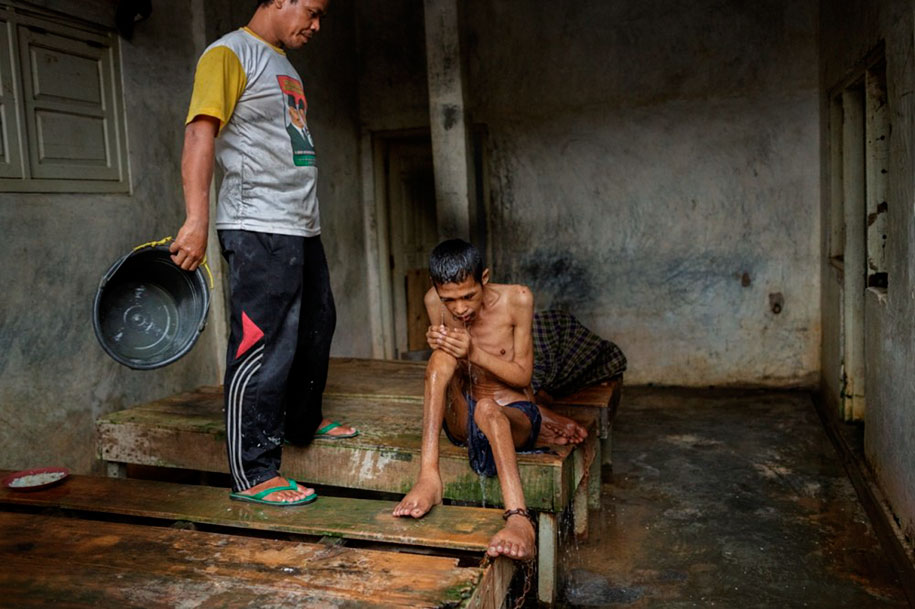 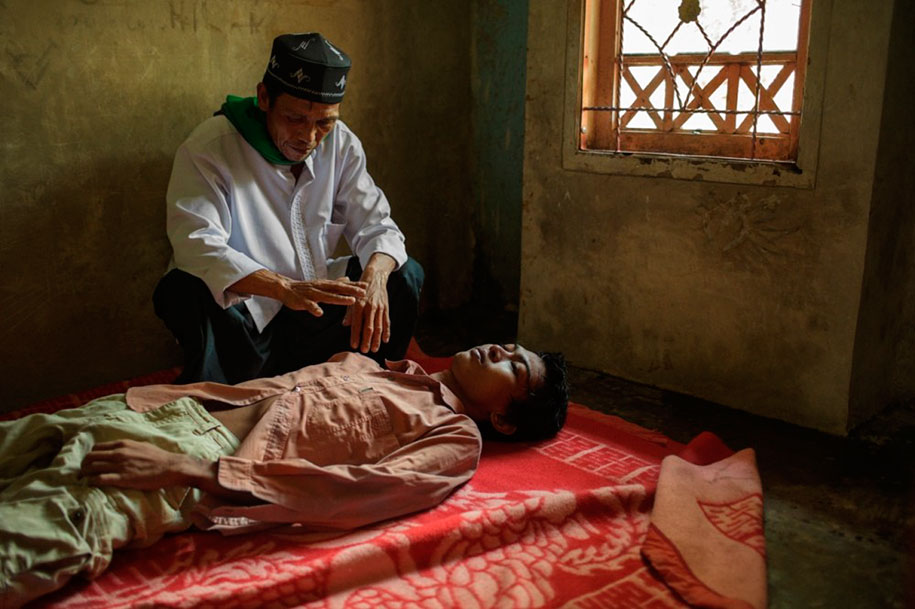 “Young woman in shackles at Bina Lestari Foundation (left). Wediodining Lawang Psychiatric Hospital (right) has been recognized as the best mental hospital in Indonesia. It is the first hospital to realize the need for a geriatric department,” 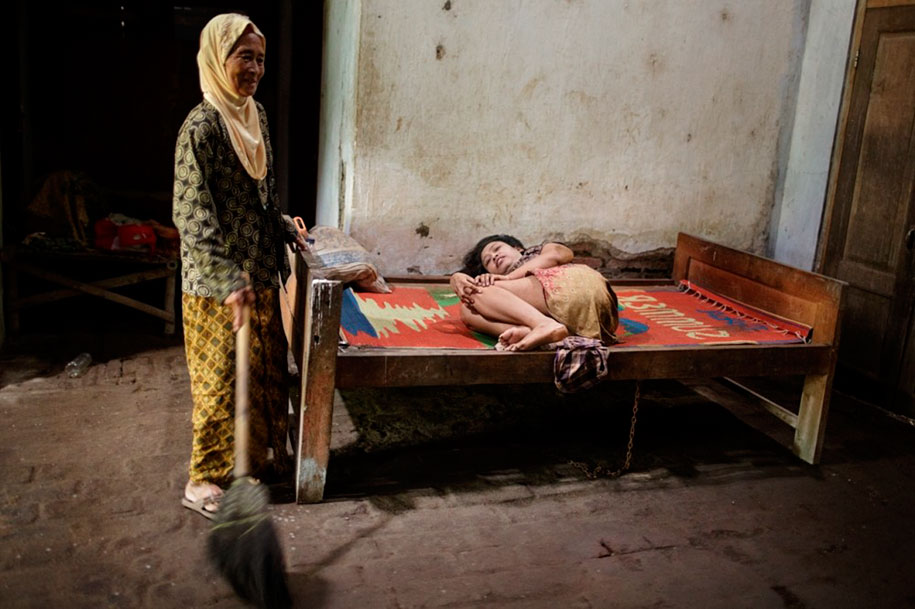 Social interactions are rare and are not done systematically 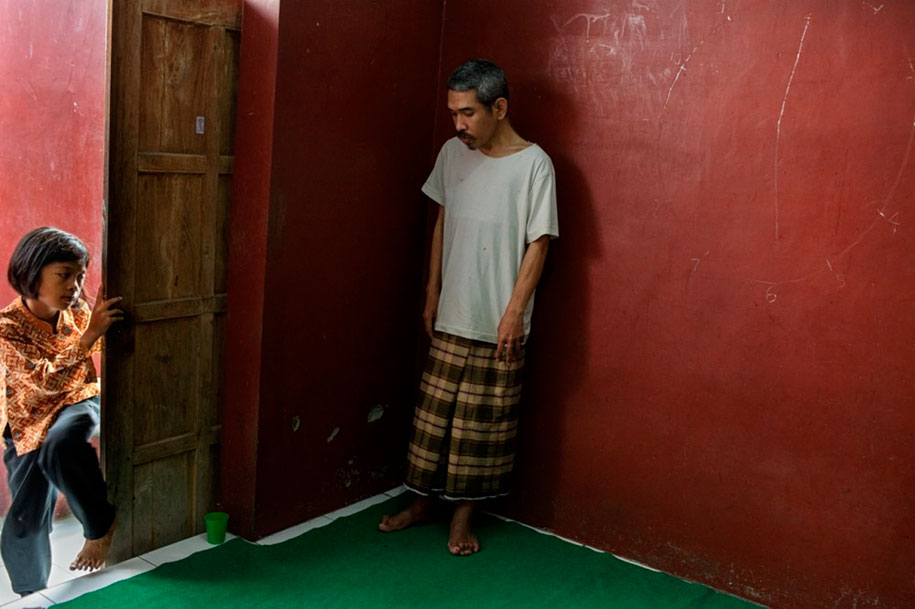 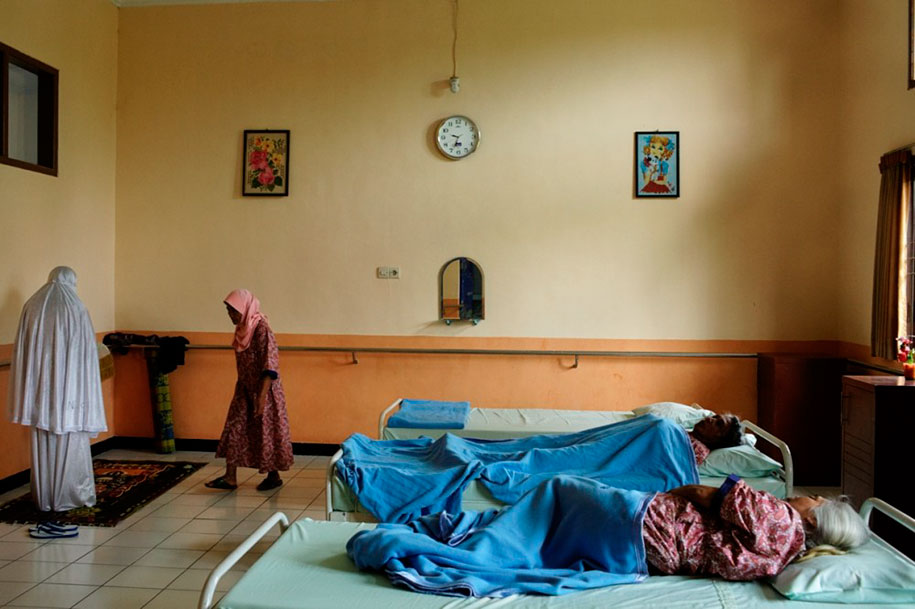 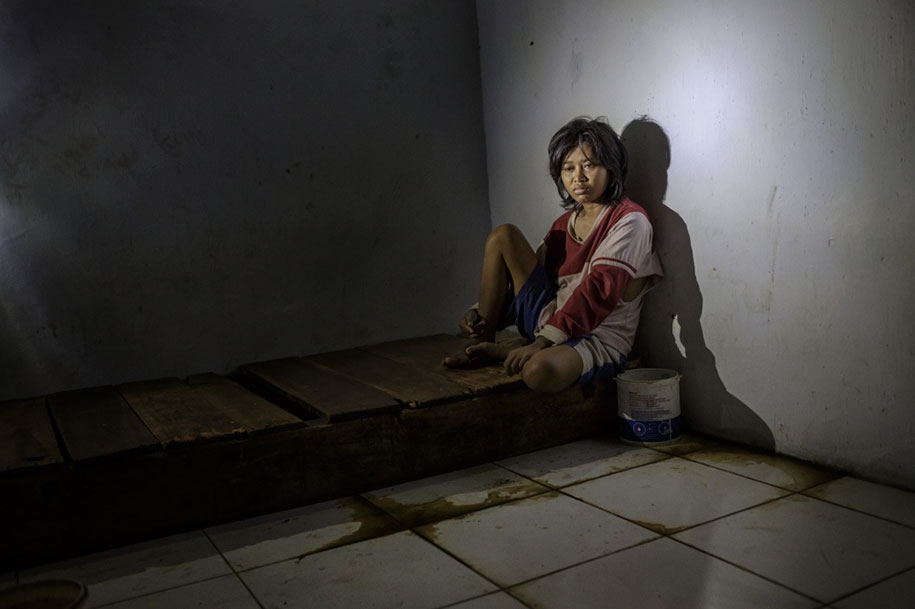 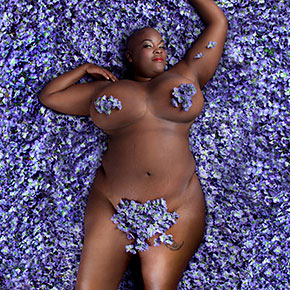 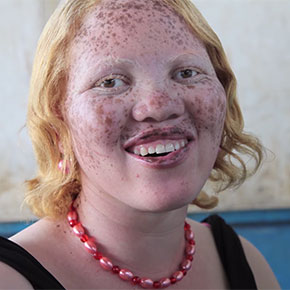 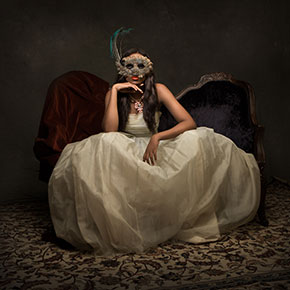 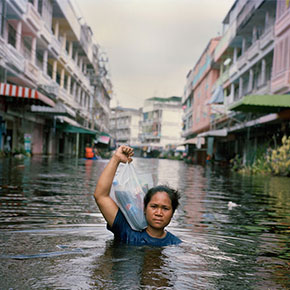 Shocking Portraits Of People Who Lost Their Homes To Climate Change