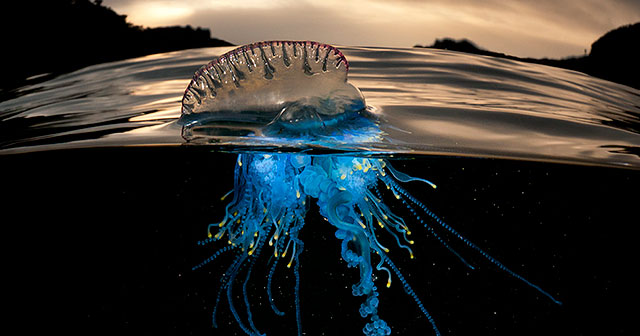 Swimming as a kid, I tried to view both the surface and underwater world at the same time. Matty Smith has turned this into an art form. Half-submerged in water, he joins the dry and the wet worlds in beautiful juxtaposition. Sometimes the photos have an eerie sense of dread as they reveal crocodiles lurking just below the surface. At other times, one can feel the beauty in the gorgeous (if likely deadly) tentacles below a jellyfish, or a school of fish, all shiny and chrome.

Matty Smith was born in the UK, but now lives in Australia where he has the Pacific ocean at his flipper-tips. He started photographing life on both sides of the surface in his teens when he bought a waterproof case for his SLR.

“For me one of the most wondrous parts of any dive is the moment that the water engulfs my mask as my head slips below the surface,” Smith wrote on Bored Panda. “I think it’s the suspense of the unknown of what lies beneath, the transitional part of moving from one element to the next that feels so magical and the thought of what alien creatures I might encounter.” 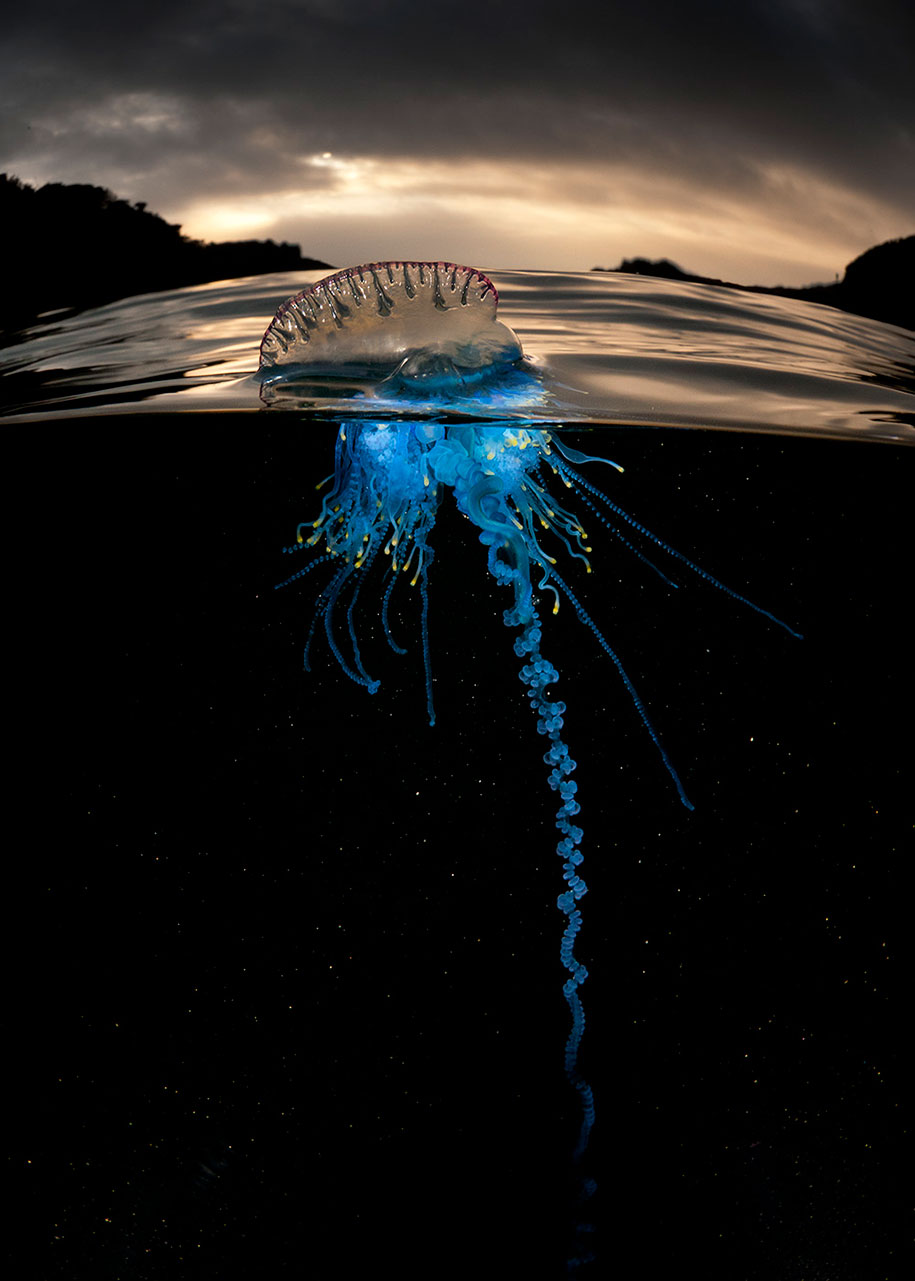 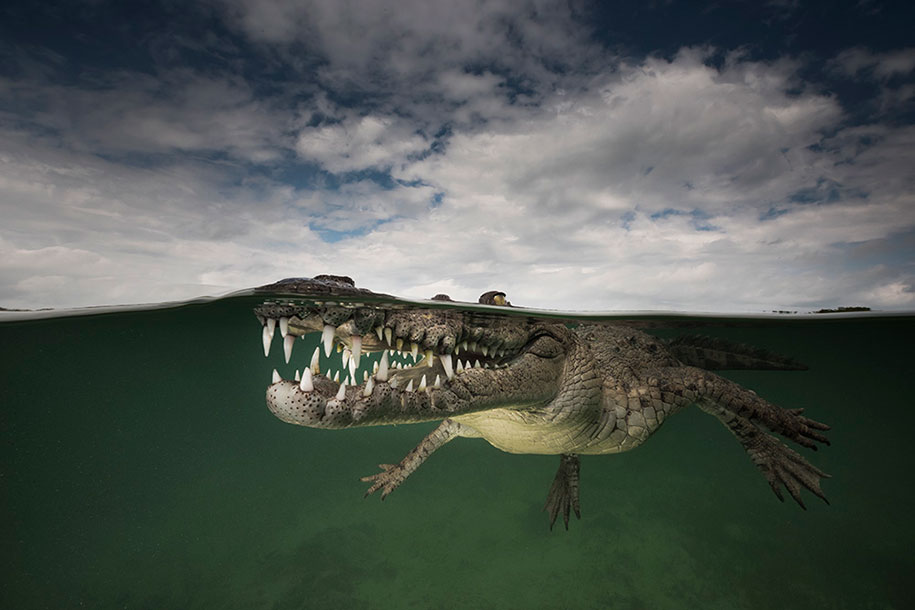 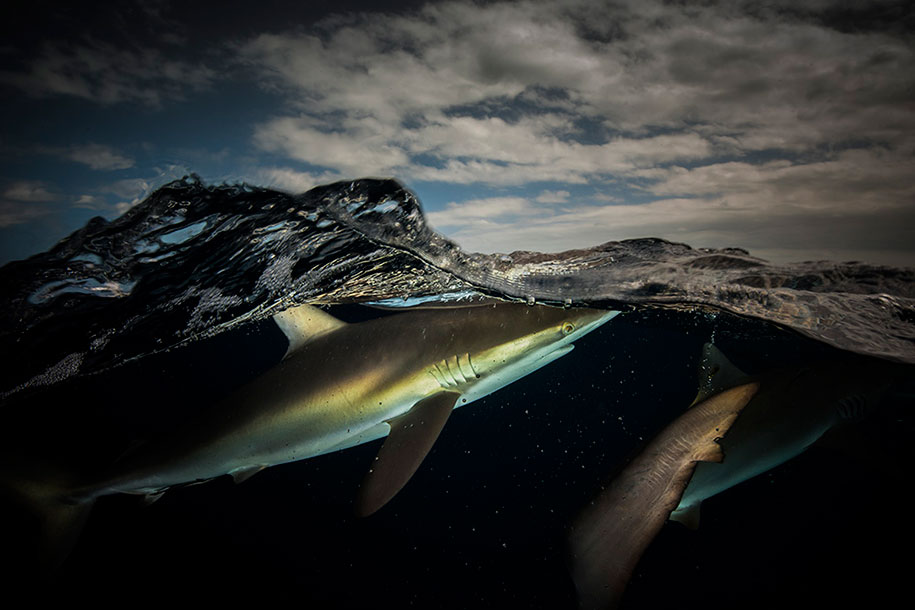 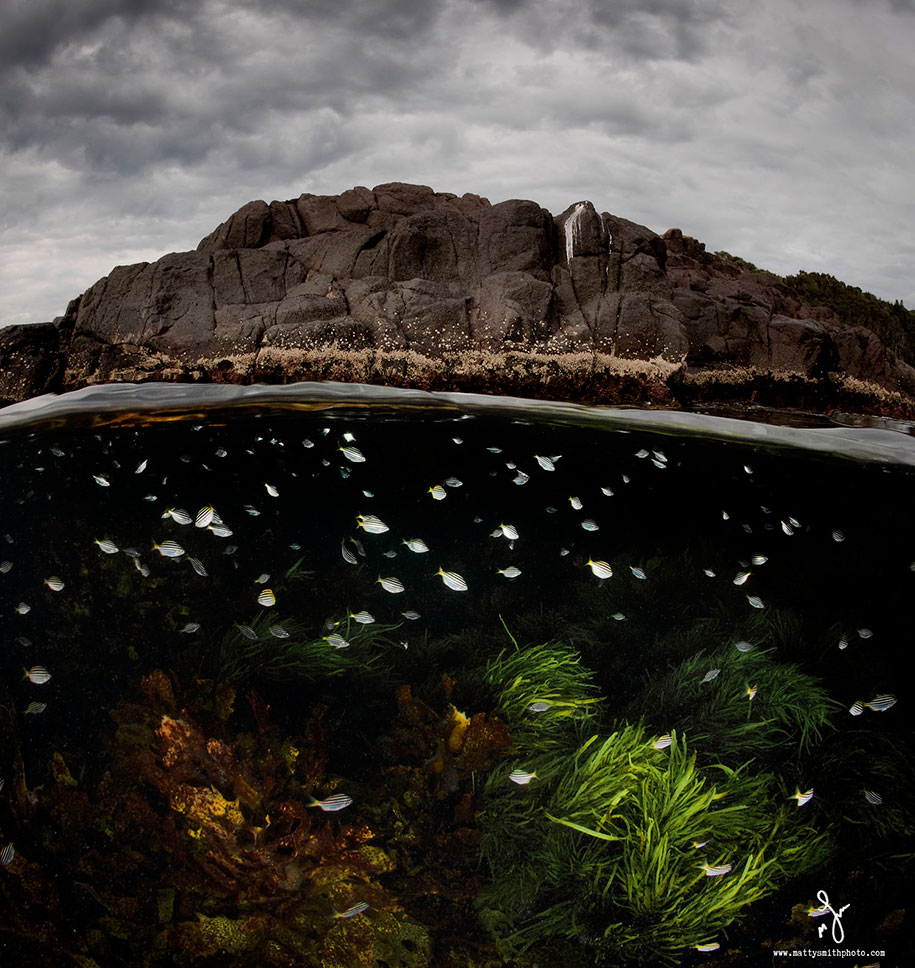 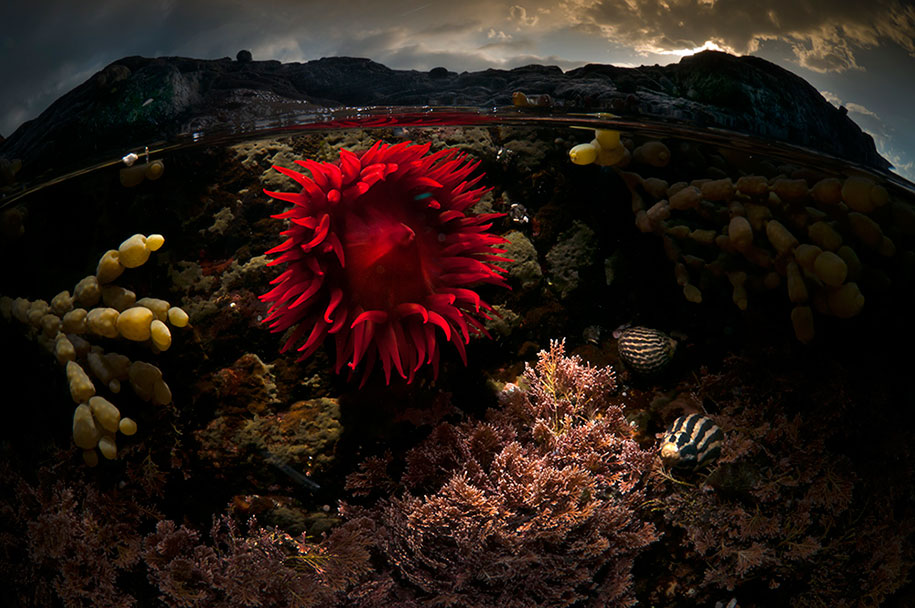 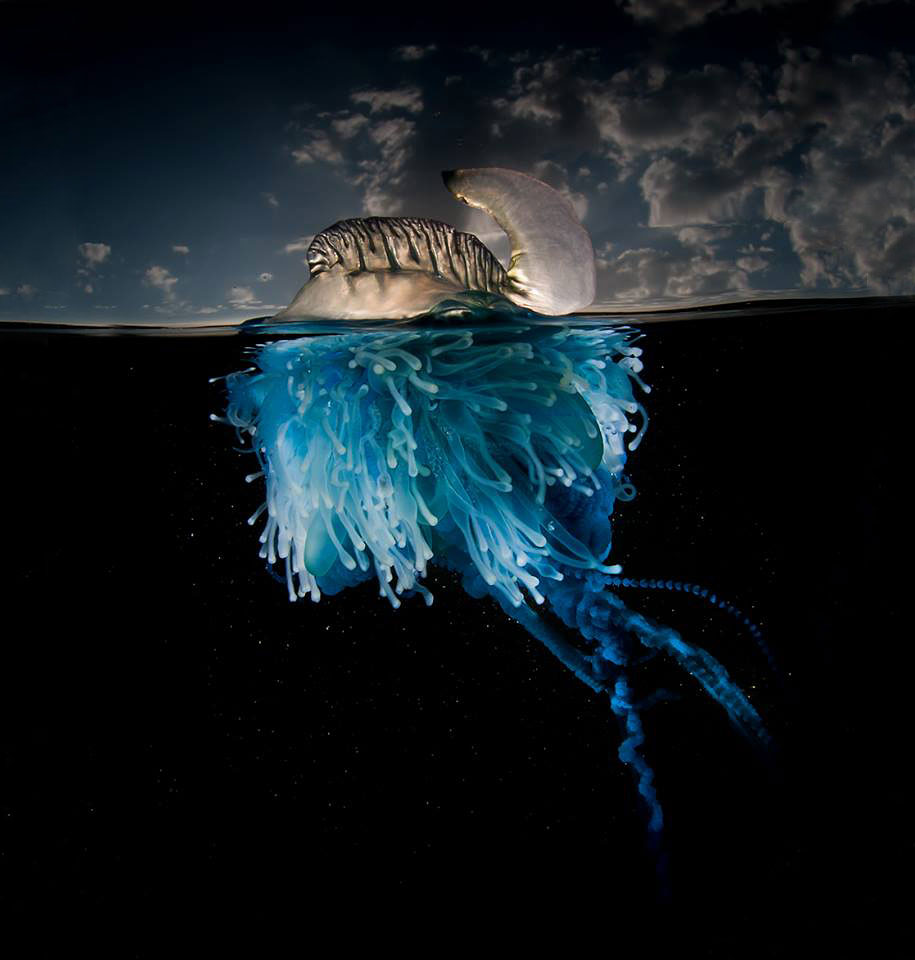 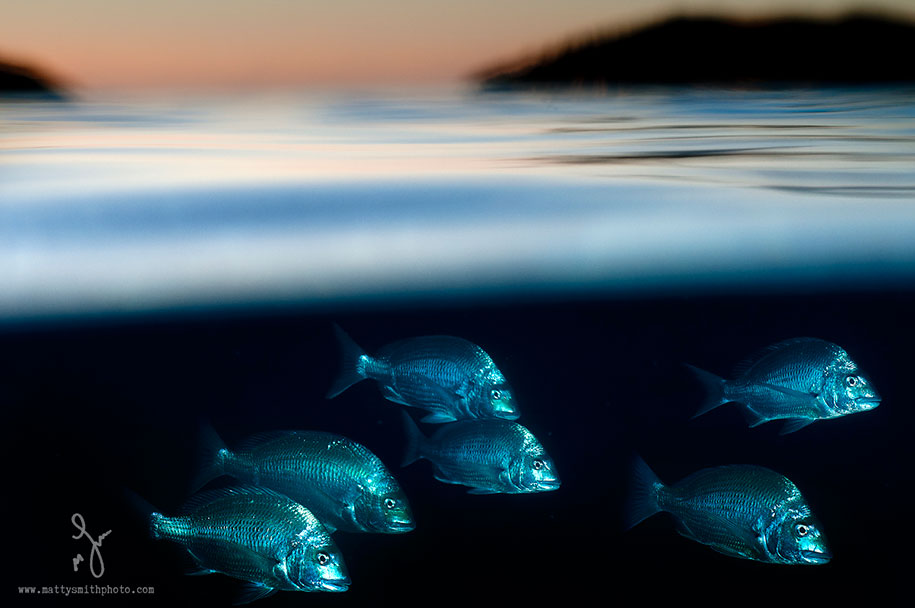 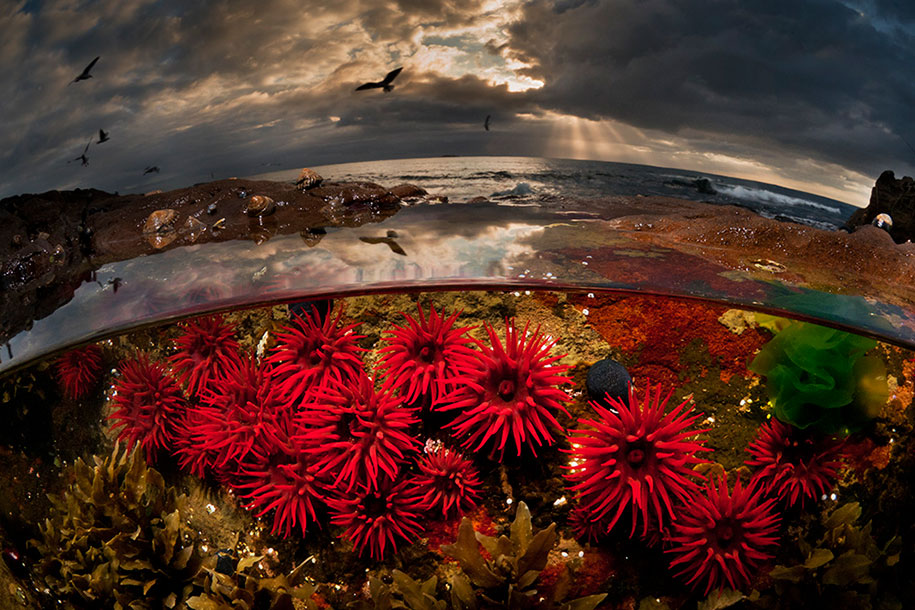 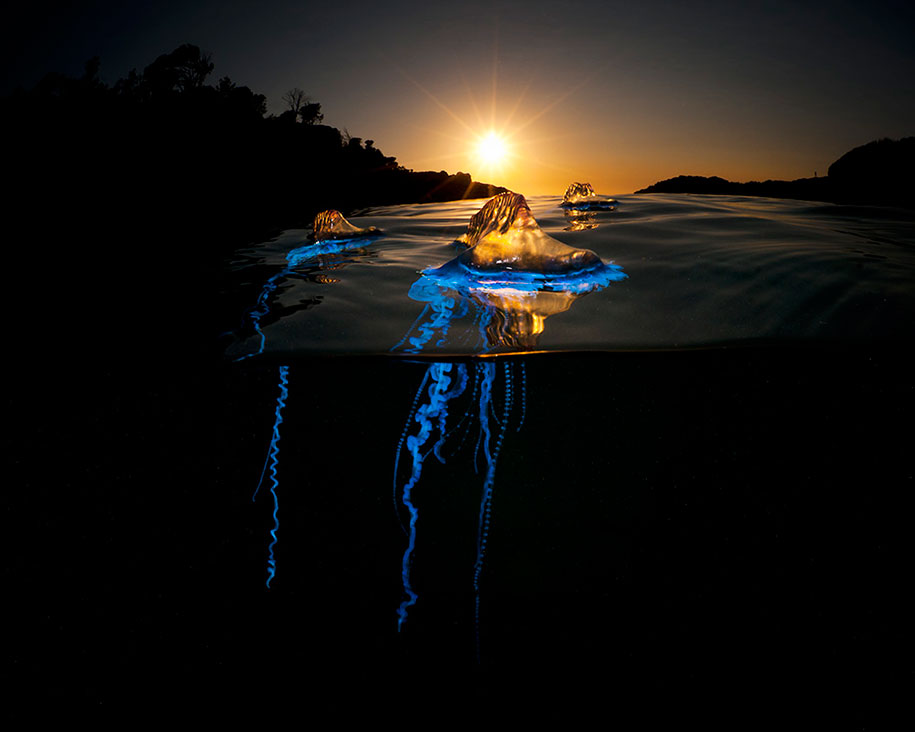 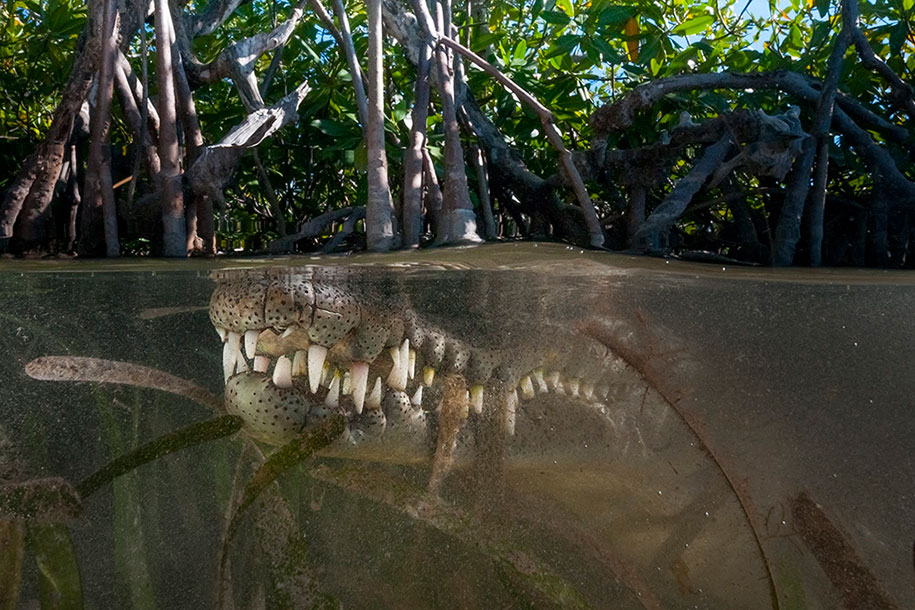 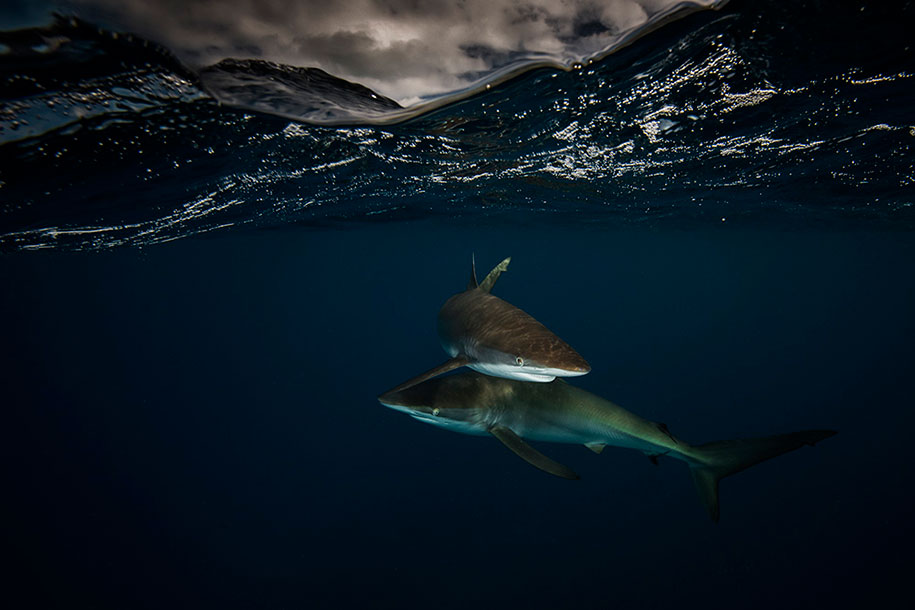 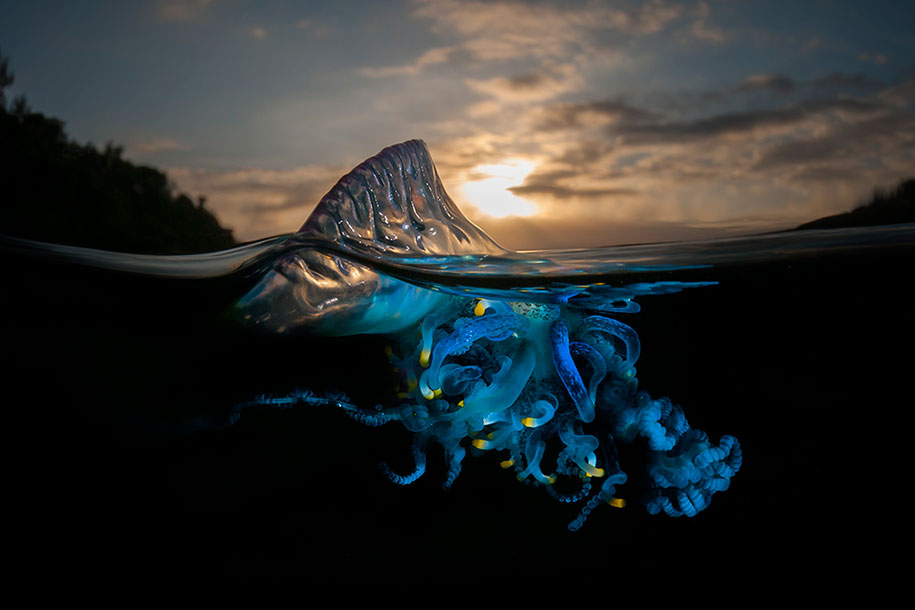 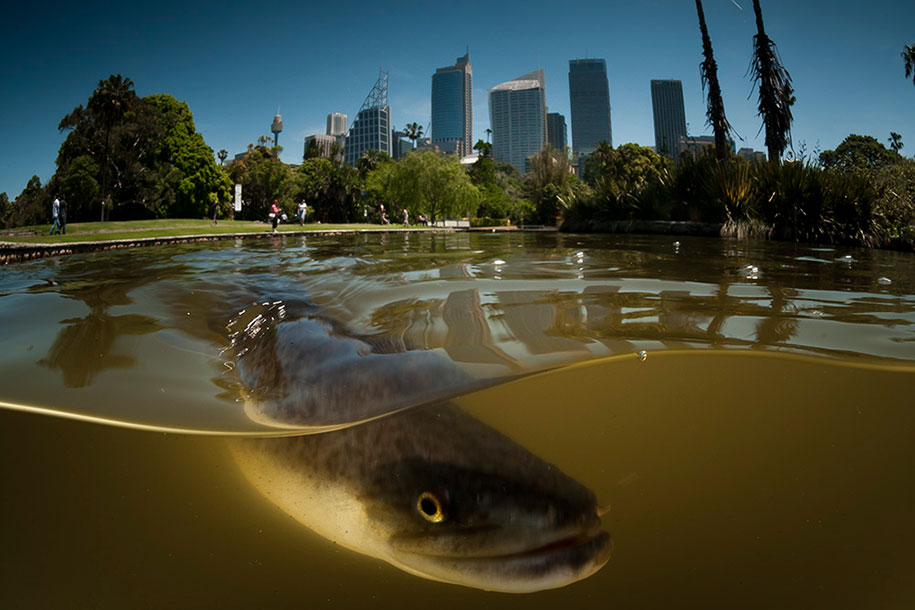 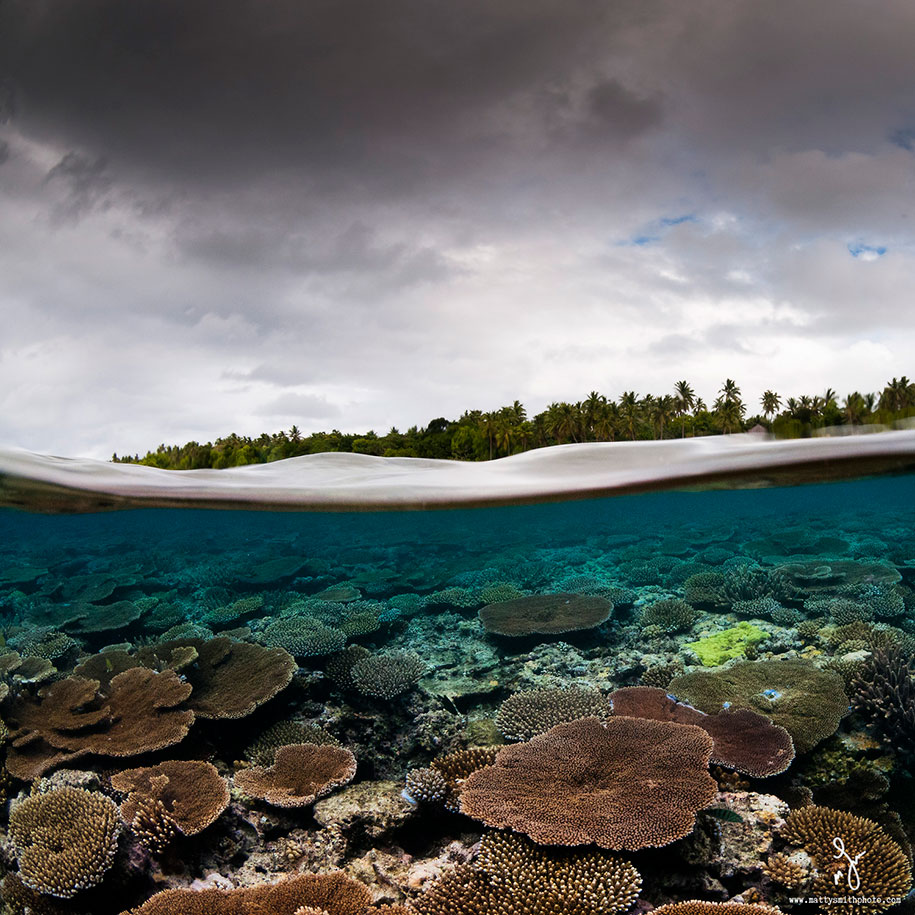 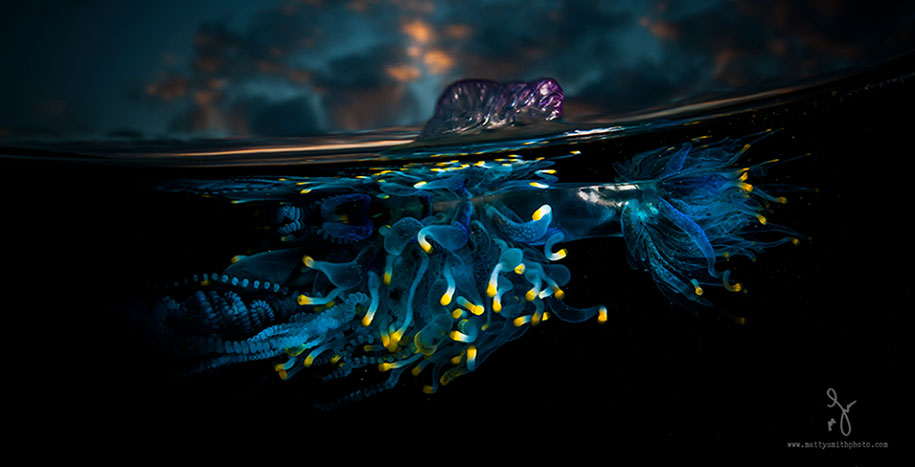 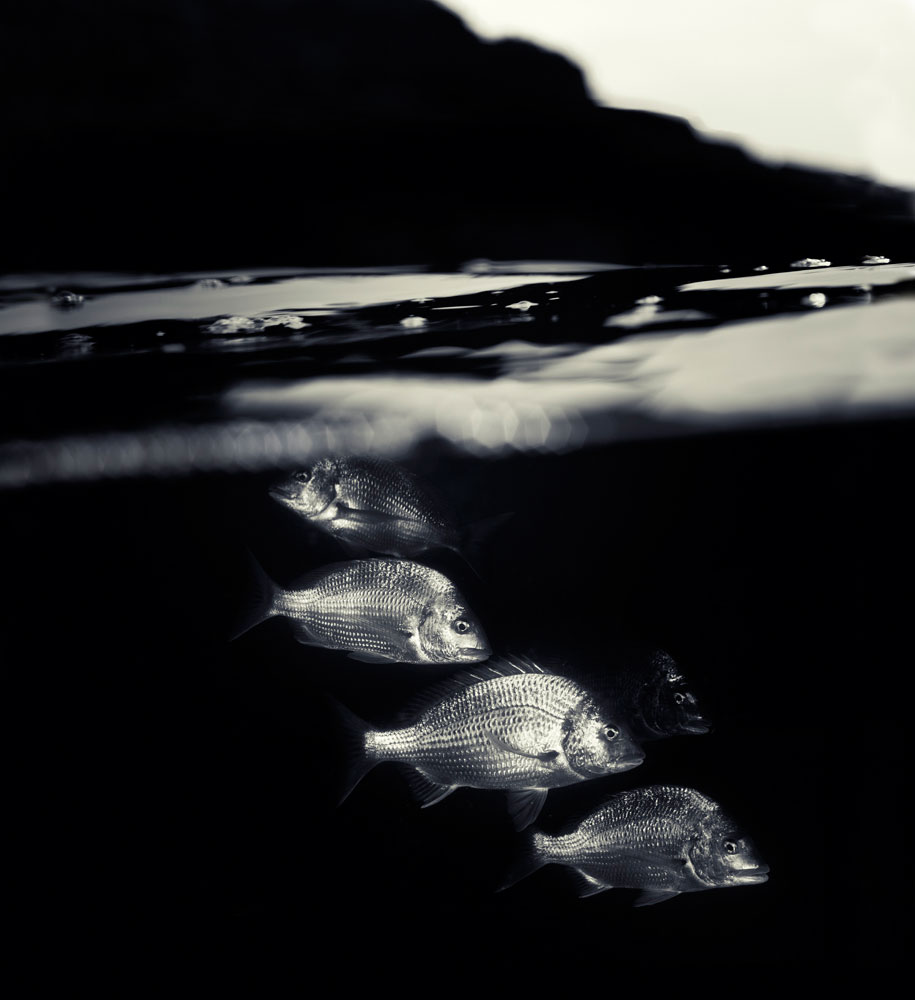 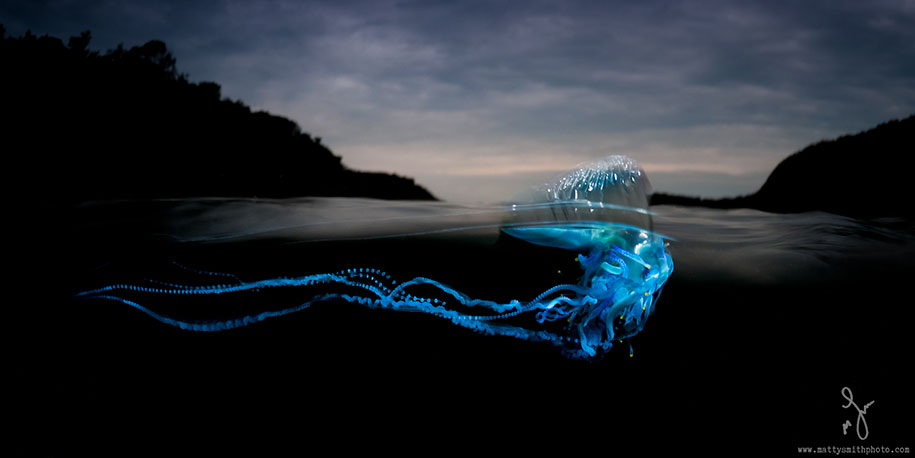