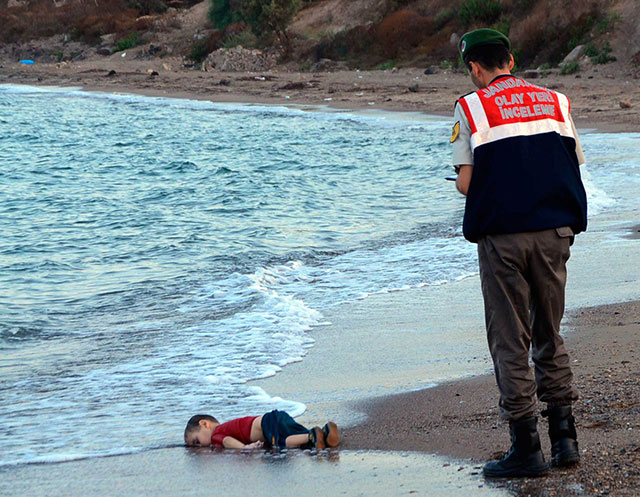 TIME is famous for it’s covers. But the digital age lets it share world-shattering photographs with everyone. After some deliberation, TIME staff shared the 10 most important pictures of the year. Some deal with the heartbreaking hardships of the refugee crisis or the impact of the Paris terror attacks.

“There’s no doubt that the language of photography is expanding,” writes TIME. “The authors are more varied and the audience is also growing exponentially. Technology is opening up enormous avenues and possibilities. The great photojournalists of our days continue to make exceptional pictures that hold infinite power while citizen journalists are also adding to the repertoire as ‘witnesses’, making pictures that provide evidence.” 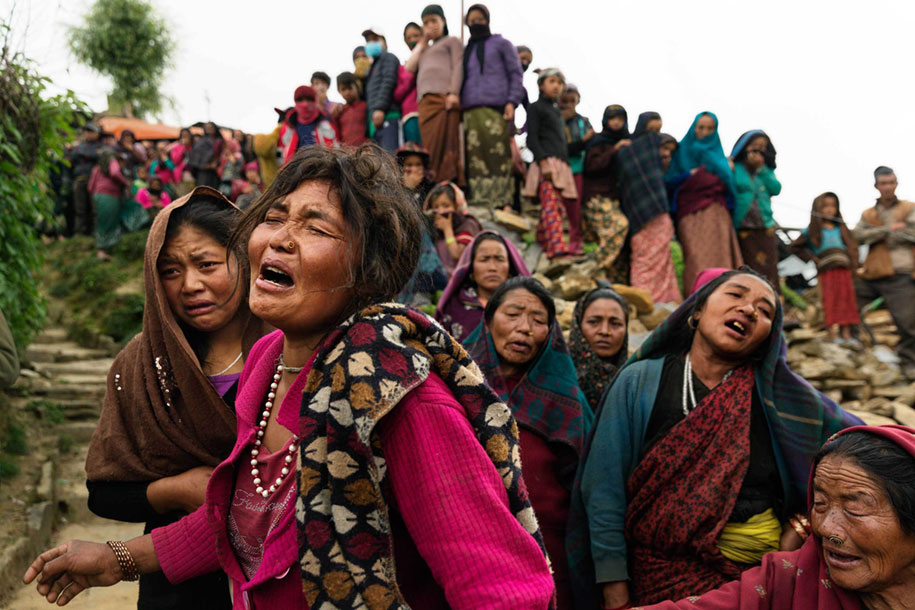 The Nepalese mountain people were stoic and accepting when dealing with the destruction of their villages. But when faced with the loss of a loved one, such as Bishnu Gurung’s infant daughter, Rejina Gurung, the expressions of grief were so intense and primal, it felt as if the mountains themselves were weeping (Image source: James Nachtwey). 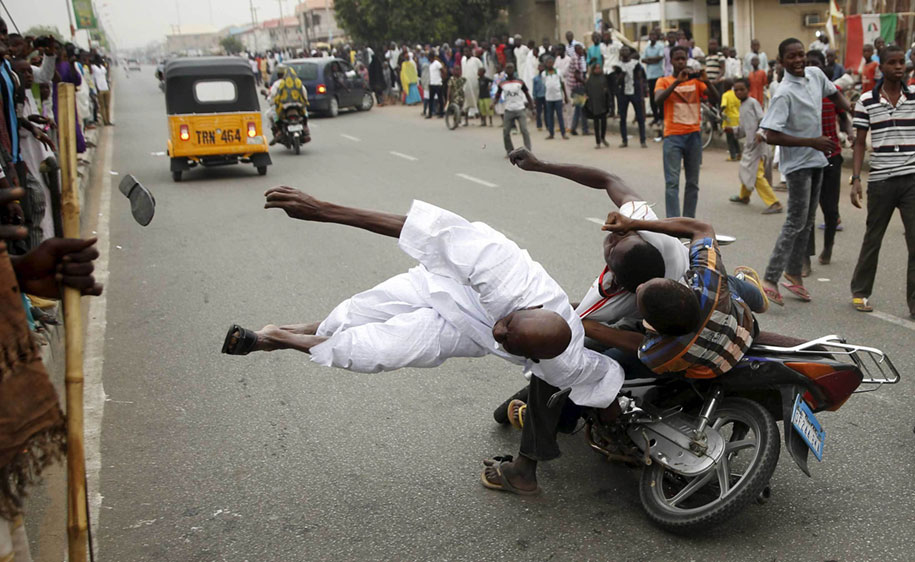 I was in Kano, northern Nigeria, on assignment covering the presidential elections. When the results were announced of Muhammadu Buhari’s victory, large crowds started celebrating on the streets. The man in the picture was accidentally hit by a motorcyclist driving at full speed as he was standing by the side of the road. He fell to the ground and didn’t move or respond to others. He was quickly driven to a hospital. I think he died but I am not sure. I felt very sorry for this man. He was in the streets clearly celebrating a very important moment for him when this happened (Image source: Goran Tomasevic). 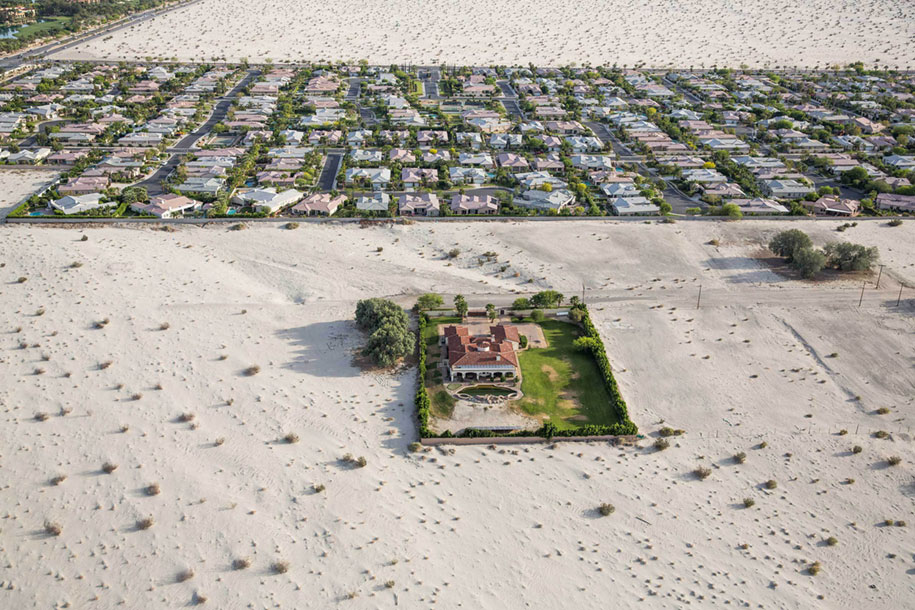 The aim wasn’t to show this as a drought stricken area. This is what it always looks like. The point was to show the extreme lengths we go to live, and live well, in a place that was not meant for us. As I explored the checkerboard of communities bordering the desert along the Coachella Valley in an R22 helicopter, I came across lots of golf courses and housing developments dotted with swimming pools (Image source: Damon Winter). 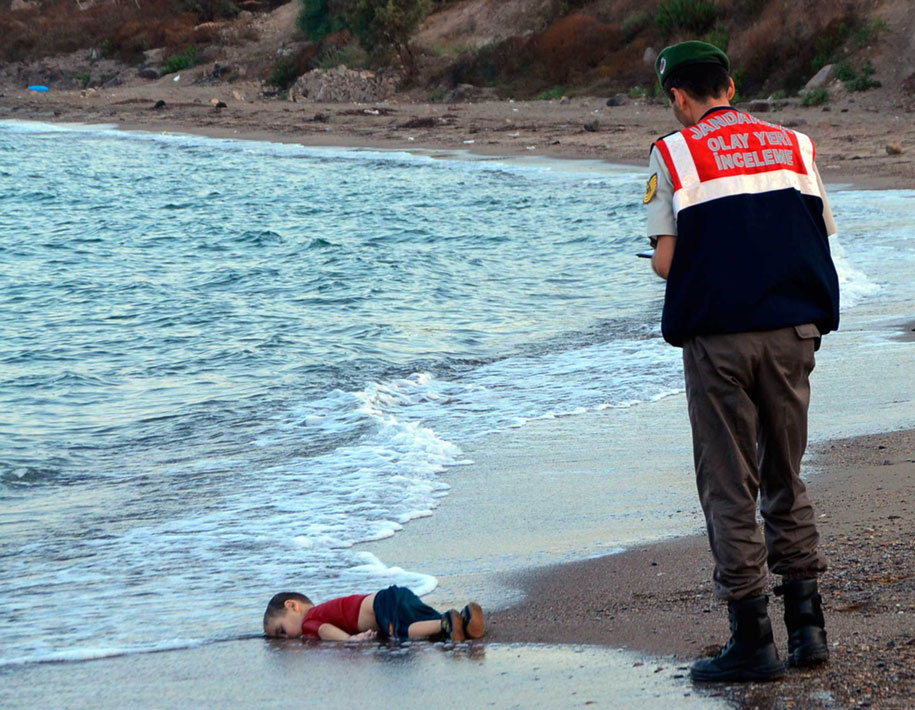 As a human being, of course, I felt devastated when I saw that dead body, this little baby. But what I had to do was to pull myself together and do my job. And my job is to mirror their lives, their sufferings and the challenges they’re facing during their hopeful journey. I did what my duty requires me to do, there was nothing else I could do: he was already dead. That day, the coastline of Bodrum was like a children’s graveyard (Image source: Nilufer Demir). 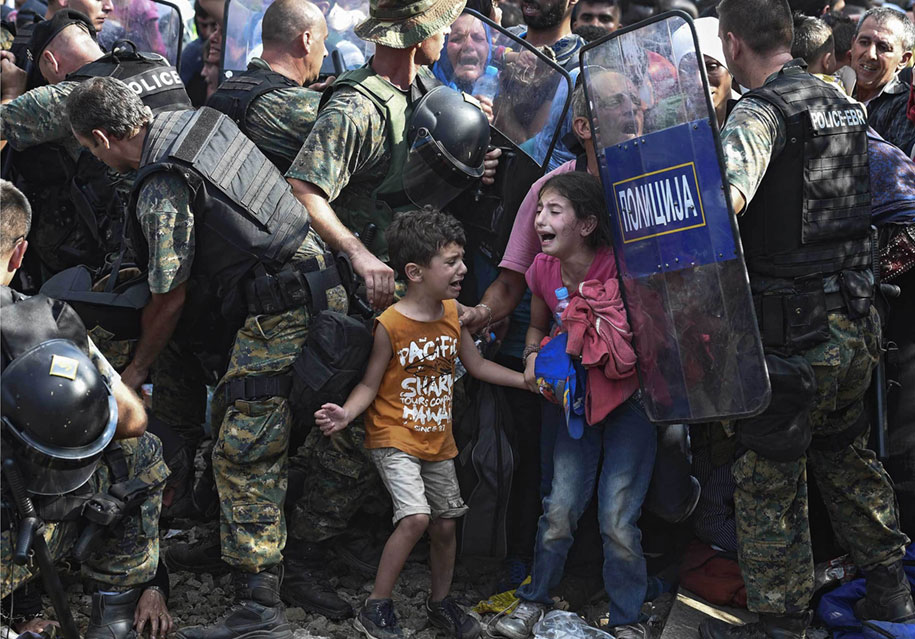 That was a day I will never forget. It was the first time I saw my colleagues cry and take pictures, shaken by the terrified children’s faces that were trying to find their parents, brothers or sisters in the chaos. I was taking pictures with the intention of showing the world what was happening so that no child should ever live through this again. With time and distance, I can now say that the police weren’t being violent, they had orders not to let anyone pass, but the desperation of the refugees was much bigger than the policemen’s shields (Image souce: Georgi Licovski) 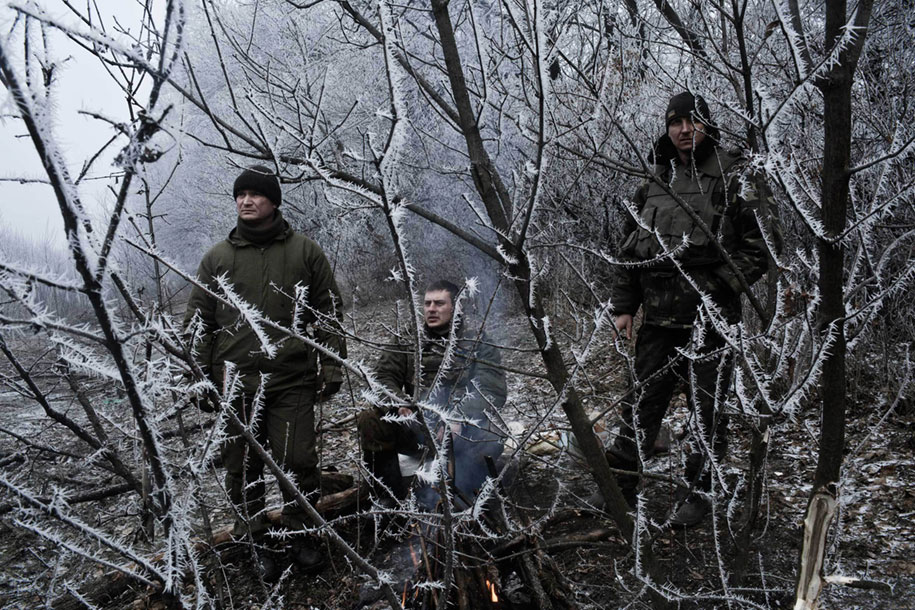 It was impossible not to think of World War I in that static, etheral moment. The ice and fog seemed to blanket the landscape and indeed, the emotions of the scene, temporarily delaying the shock of defeat and the reveal of the aftermath. Three Ukrainian National Guardsmen, off to the side of the road, seemingly reflect this sentiment too, their expressions in the resulting photograph, perhaps silently weighing up the consequences of war (Image source: Ross McDonnell). 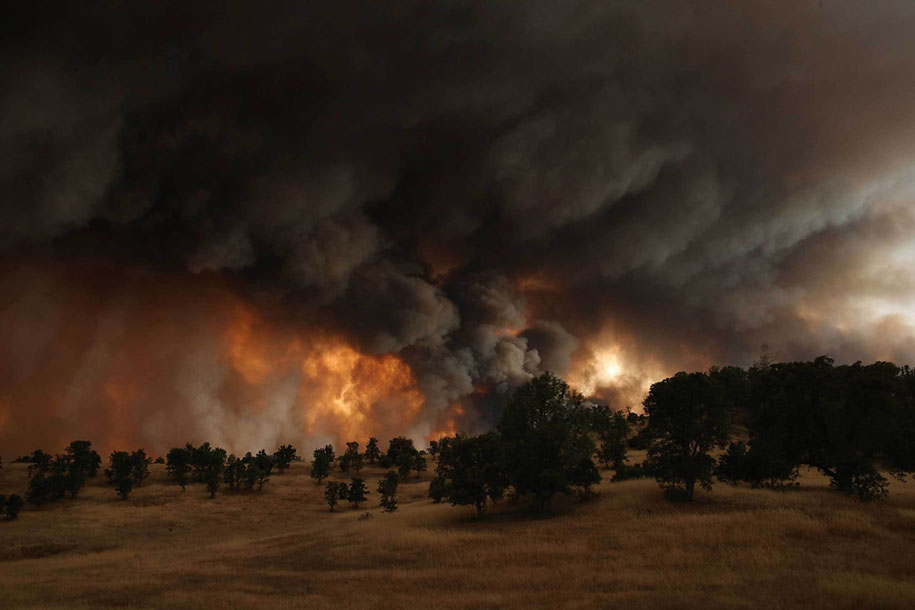 In my years covering wildfire, I have never seen a fire grow so quickly. It was a surreal scene to be sitting along highway 20 with dozens of firefighters who were essentially waiting for the fire to come to them. The black columns of smoke filled the sky and the light from the setting sun filtered through, casting eerie light onto the landscape. It was mesmerizing to watch the thick smoke as it slowly rose from the hills (Image source: Justin Sullivan) 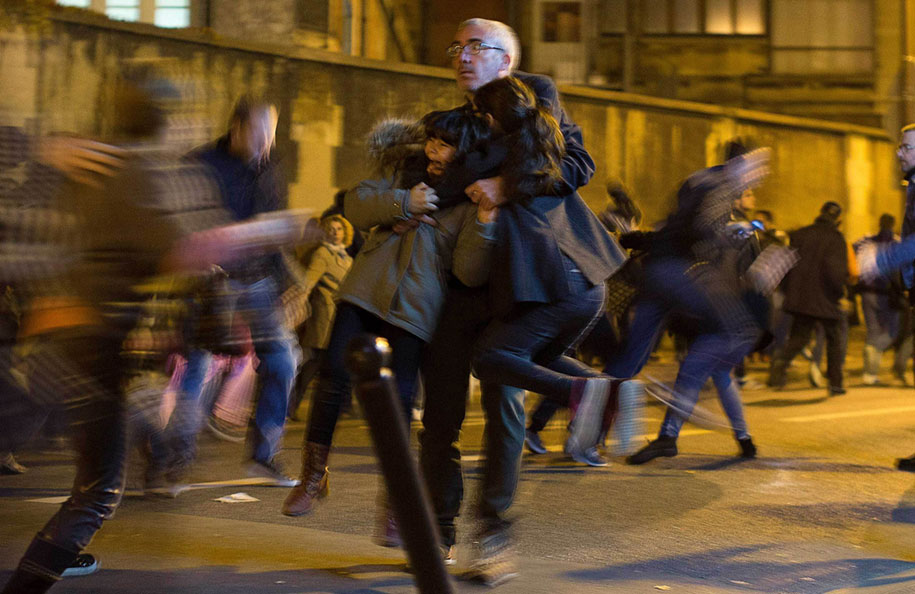 All of a sudden somebody started screaming around the corner from Le Petit Cambodge, and in a split second my brain started racing weary of what the crowd would do. Everyone started running in multiple directions. I shot two images focusing on the person that appeared to stand still holding two children, while the rest of the mourners are running away. I’m assuming that the man and the two children where walking towards the attack sites when they got caught in the melee (Image source: Peter Dejong) 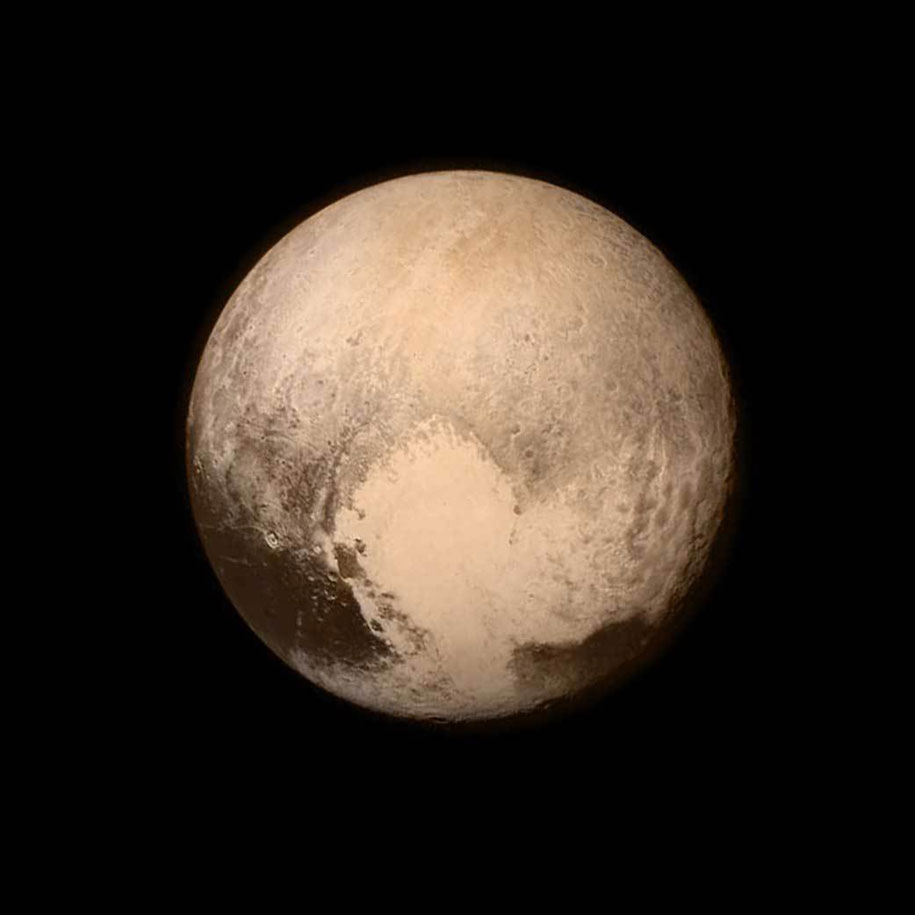 The image is actually a composite of a high-resolution black-and-white image and a somewhat smaller color image combined together. It shows about a quarter of the face of Pluto, an area more than 1000 kilometers long, bigger than the size of the state of Texas and illustrates the complex geology of the surface of this small planet. It was made by a pair of cameras on the New Horizons spacecraft and then radio transmitted back to the Earth in July when we assembled it as a color composite. At the time, Pluto was three billion miles from Earth. Traveling at the speed of light, it took four and half hours to cross that distance (Image source: Alan Stern) 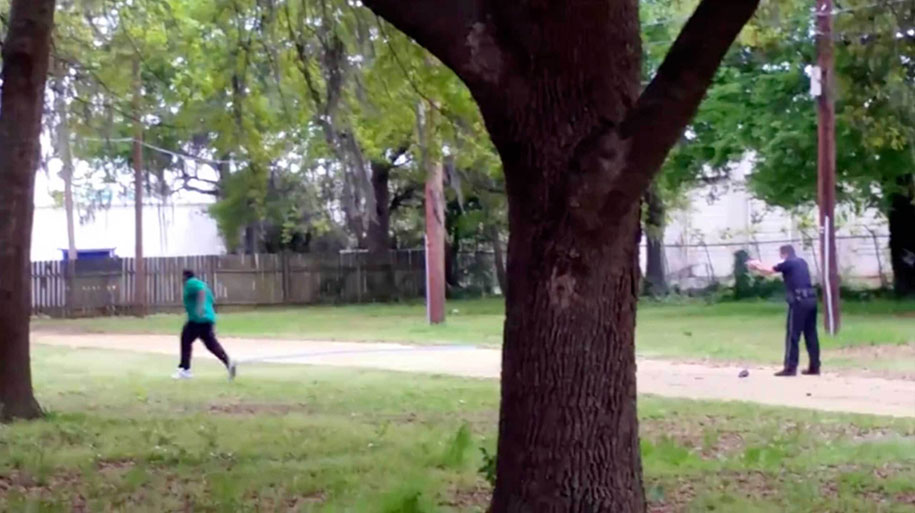