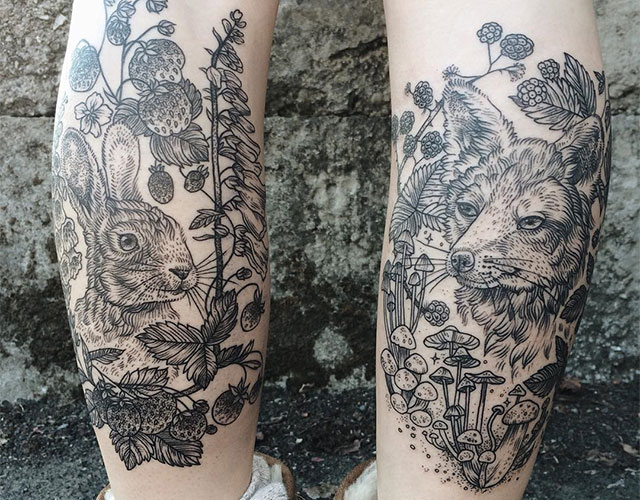 How old school do you want your tattoo to be? Pony Reinhardt does her tattoos in the distinctive line art style. It was used to make images in straight or curved lines and without change in shading and hue, a favorite in the world of printing before halftones and photography were invented. A tattoo like that bears the look of a 19th century scientific book.

Pony Reinhardt runs her own appointment only tattoo studio called Tenderfoot. Each tattoo costs a flat $150 fee as well as a fee per hour. She uses vegan inks and encourages customers to be detailed in their descriptions of the tattoo. Reinhardt is actually a college graduate with a BFA is fibers and is “following a natural evolution from the use of skin as a sculptural medium to canvas. Hopefully the laws will soon allow her to combine these two interests.” 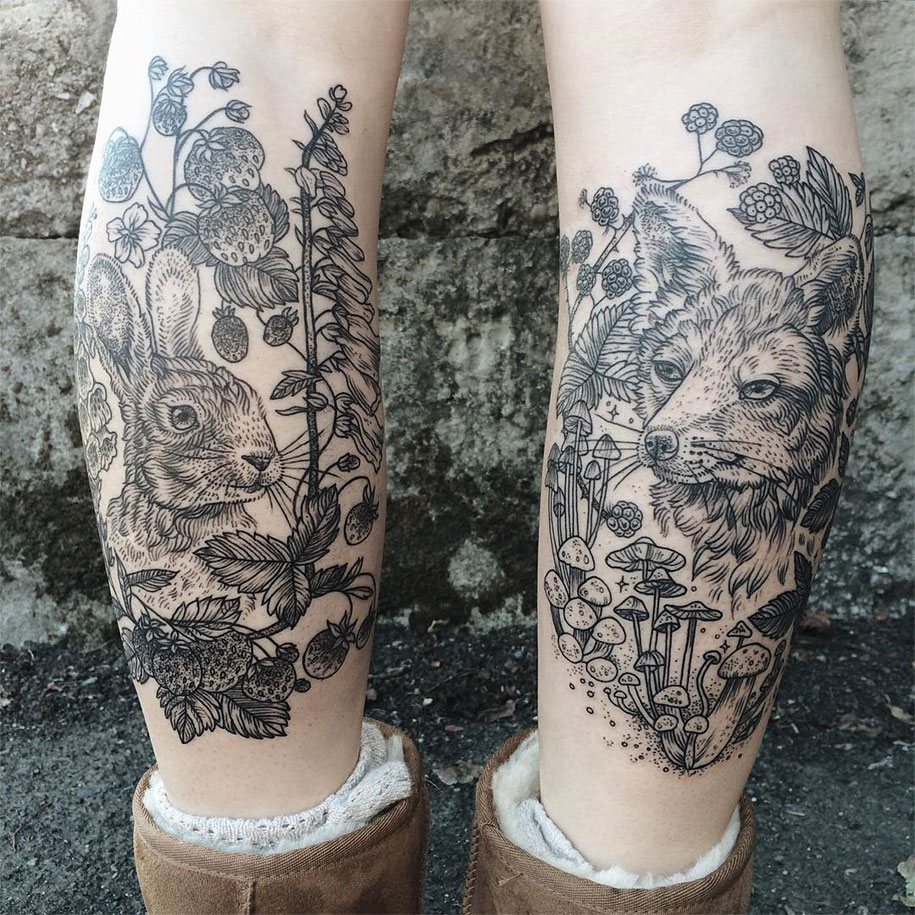 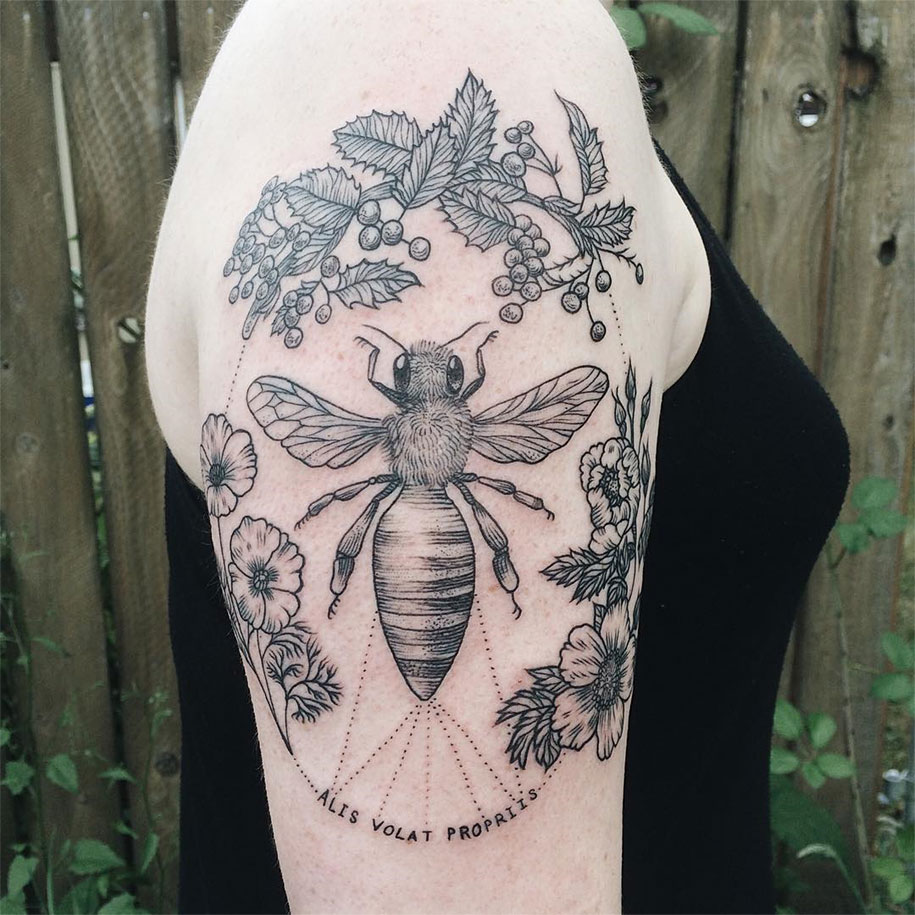 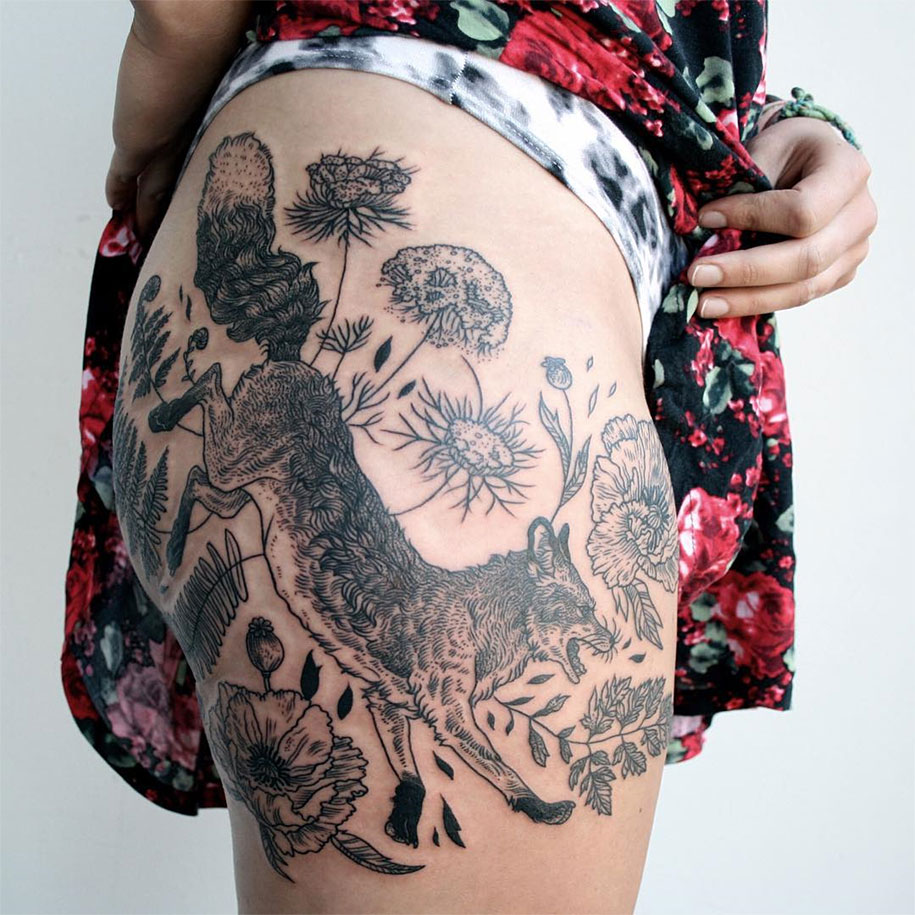 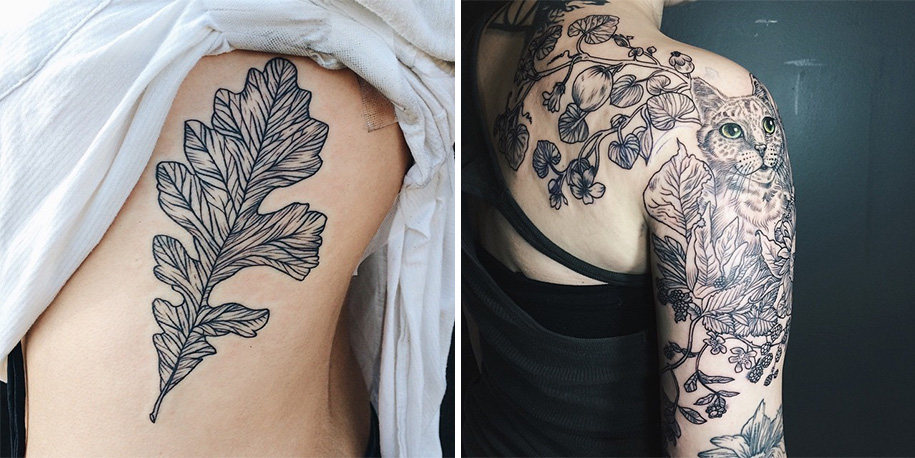 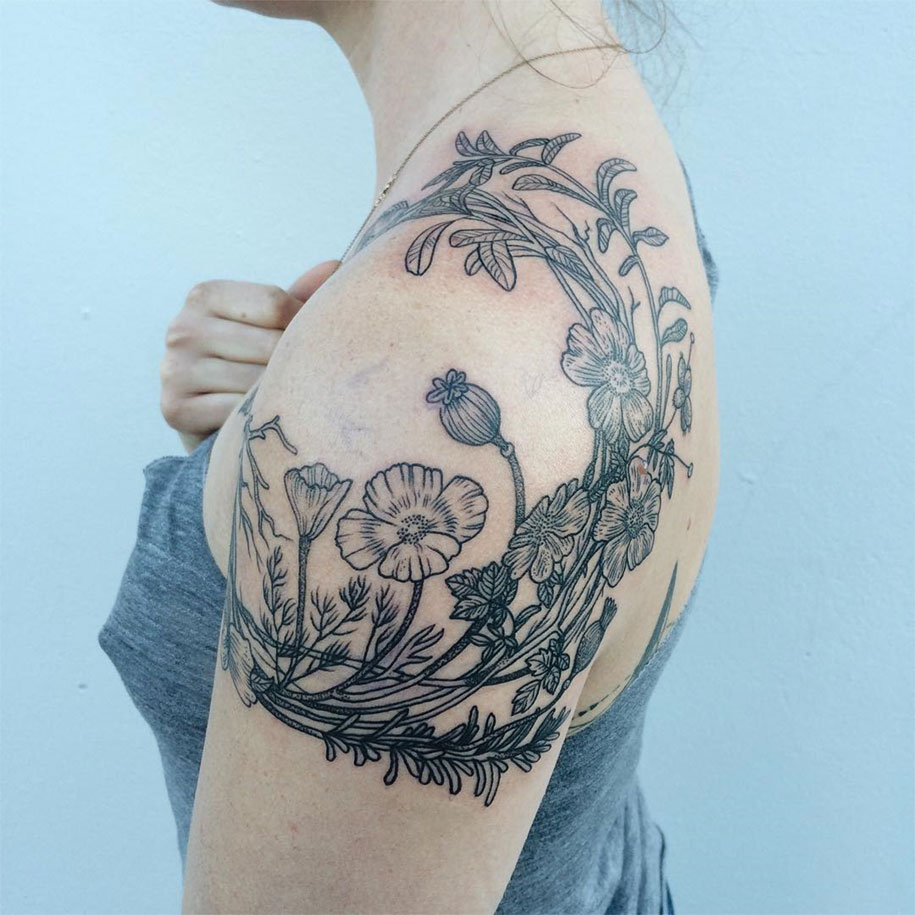 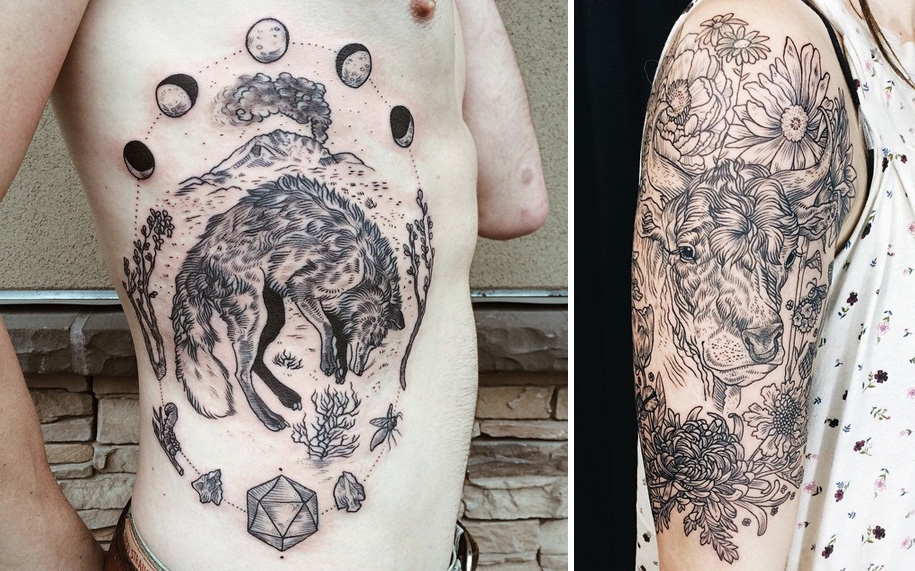 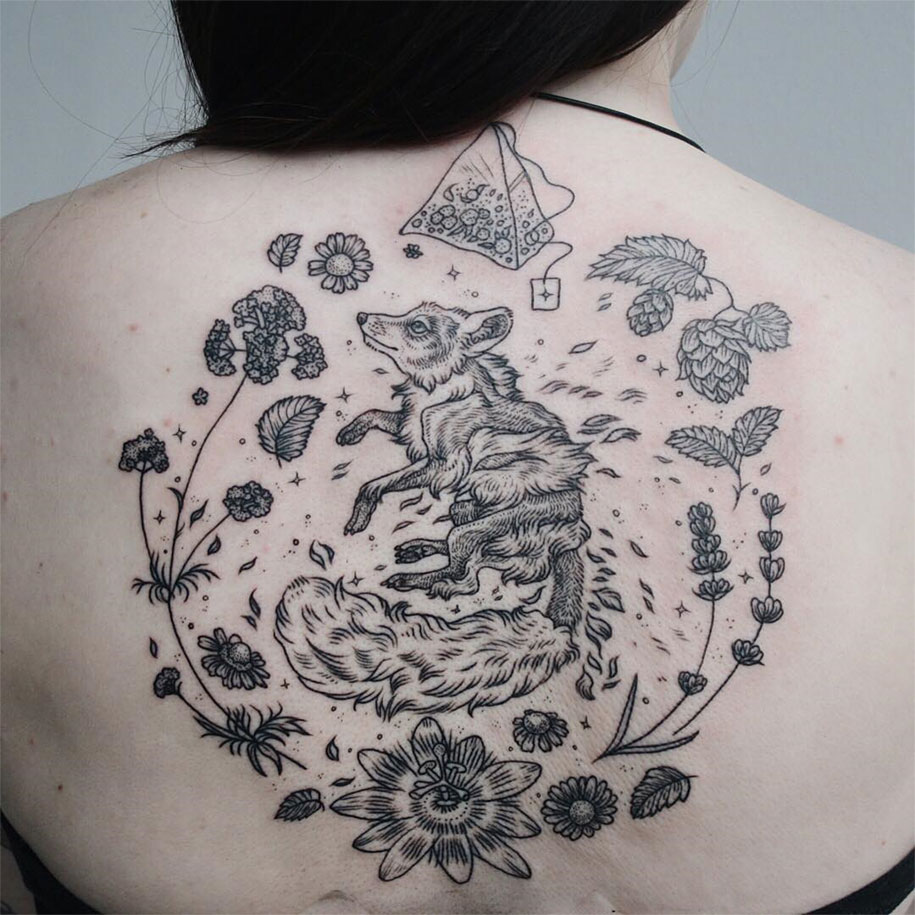 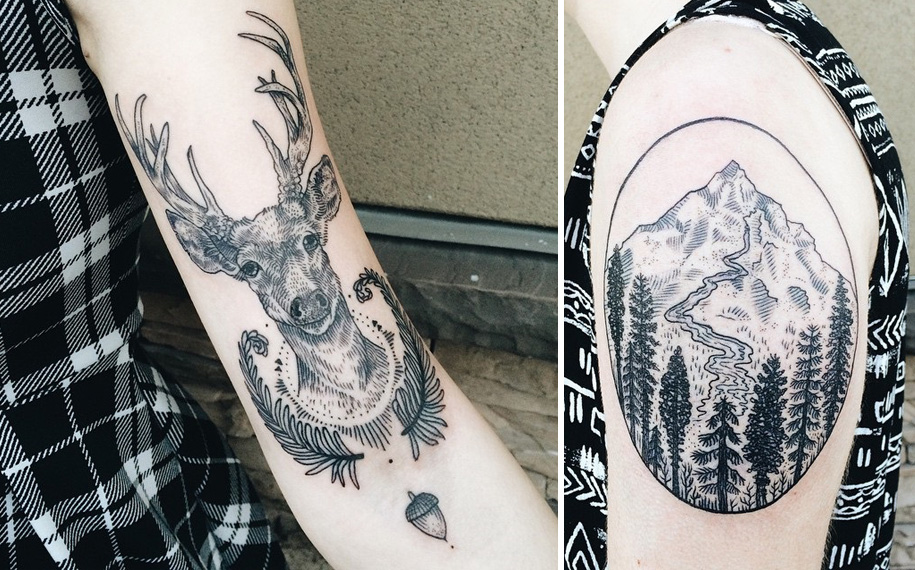 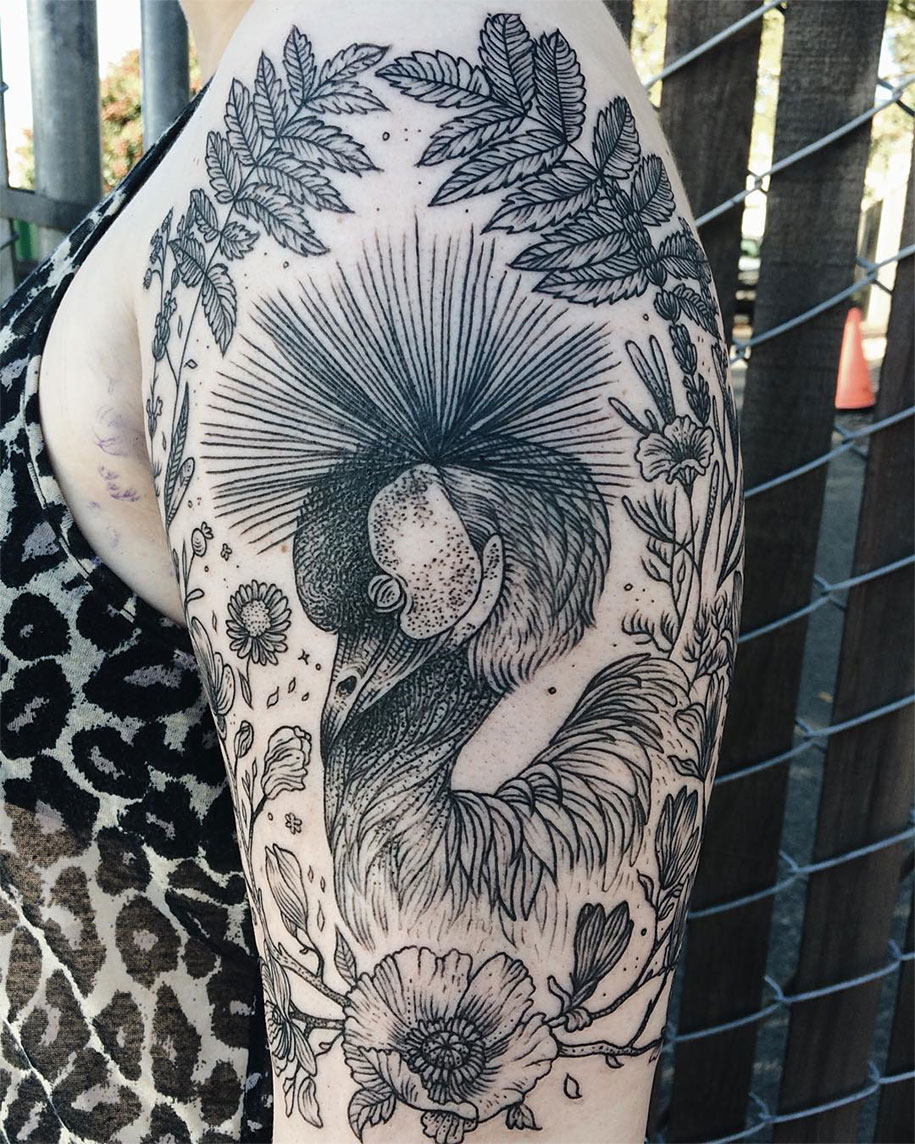 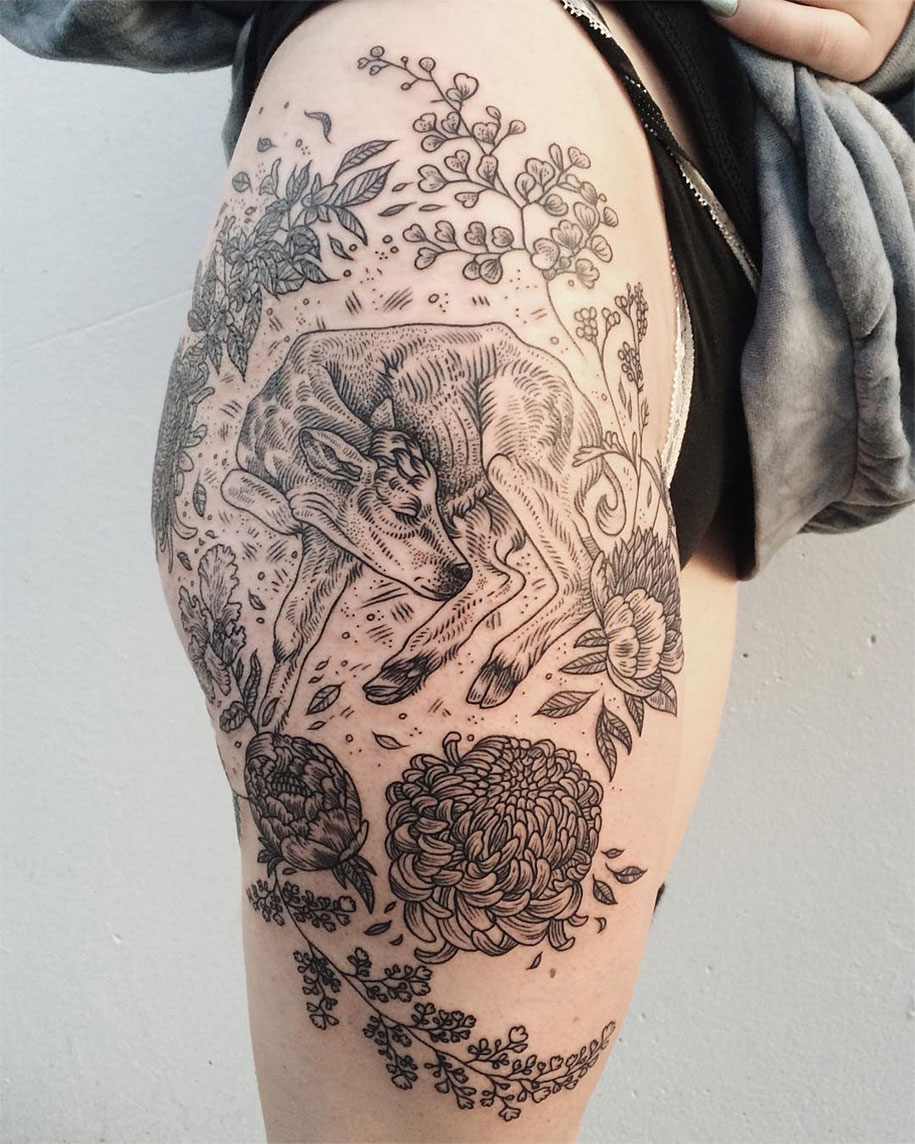 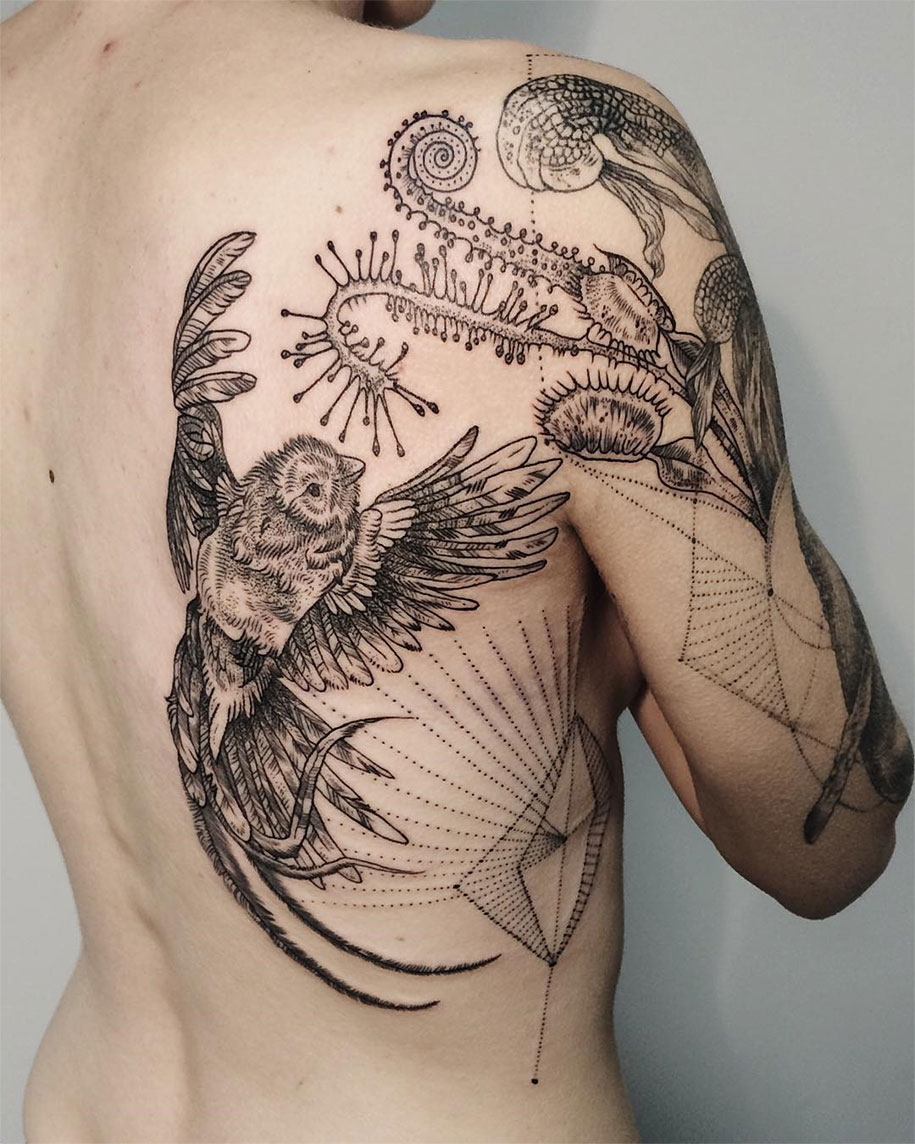 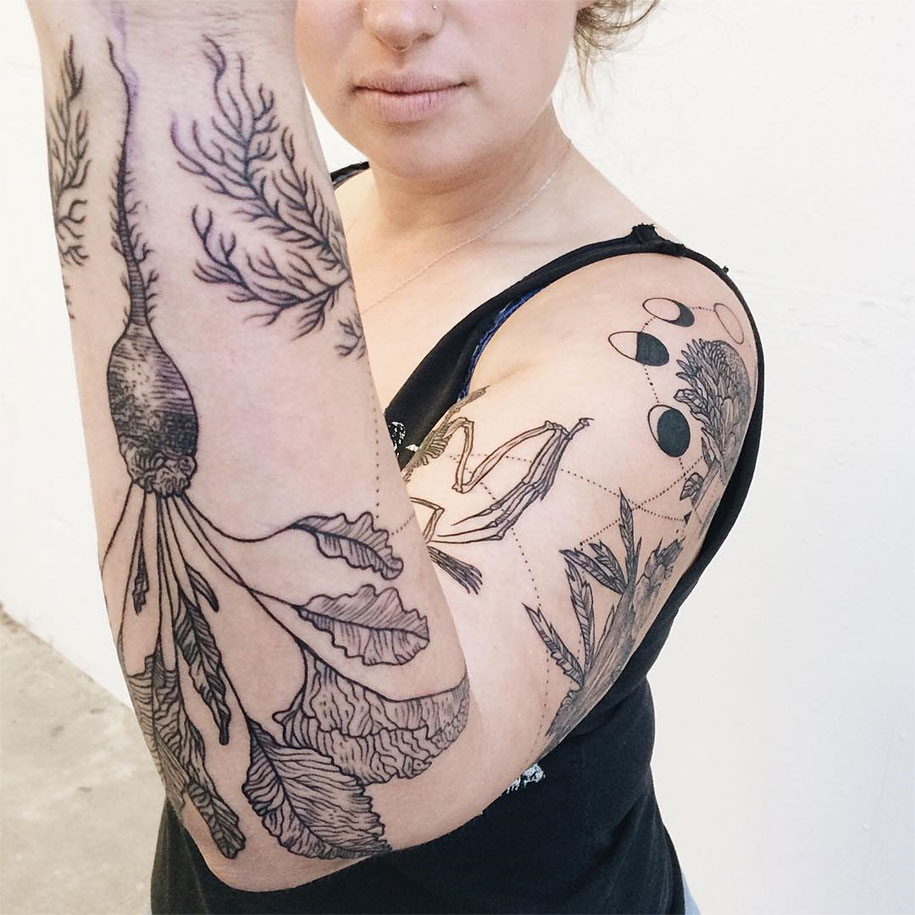 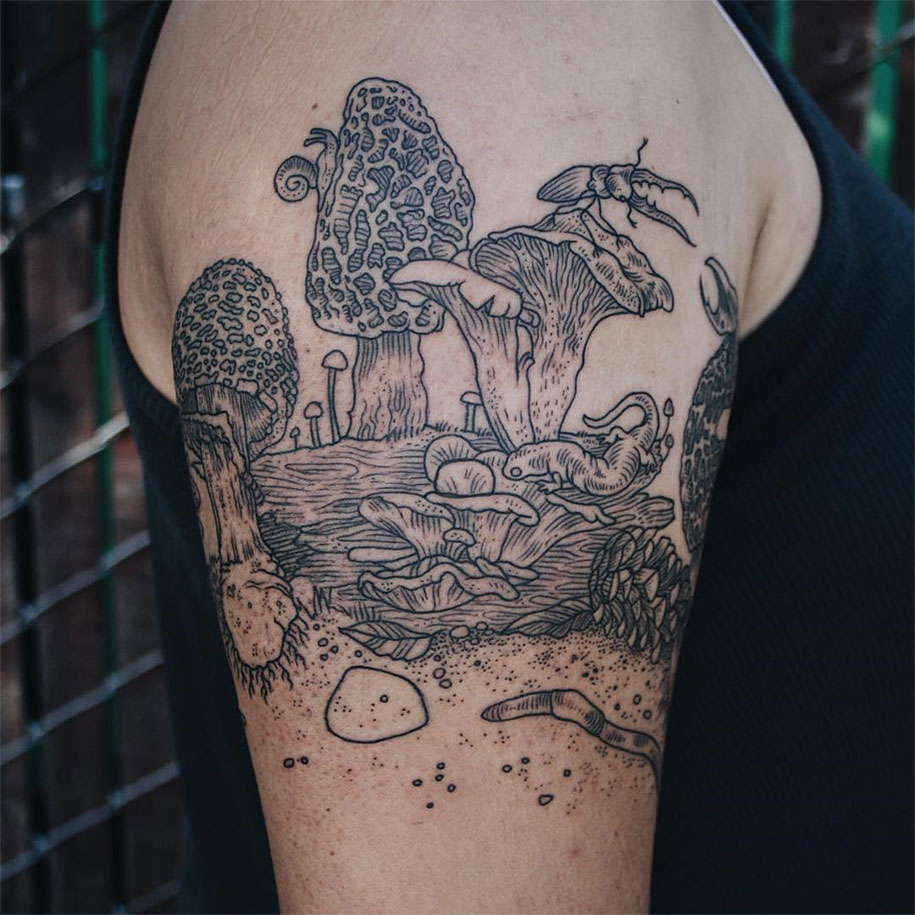 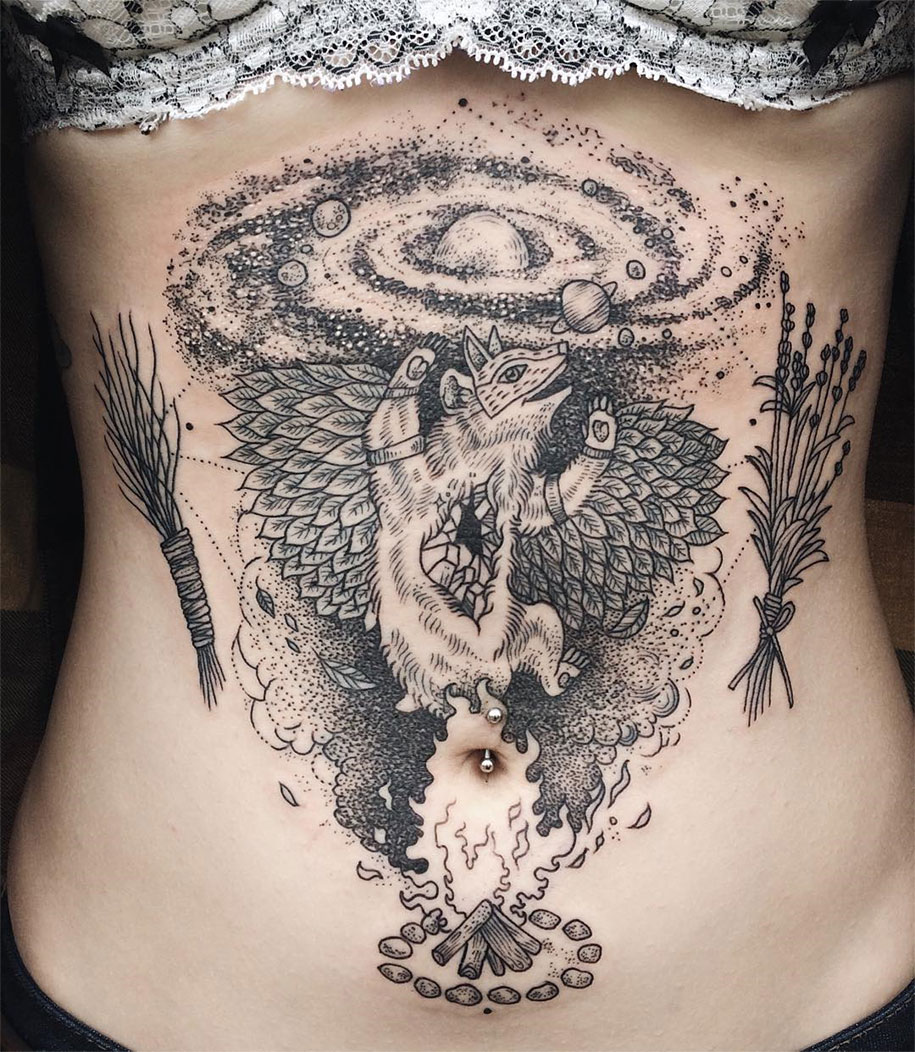 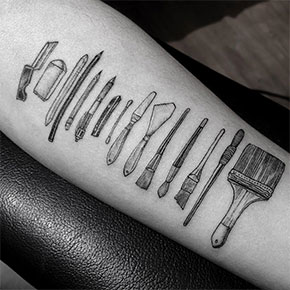 Artist Tattoos People With The Tools Of Their Professions 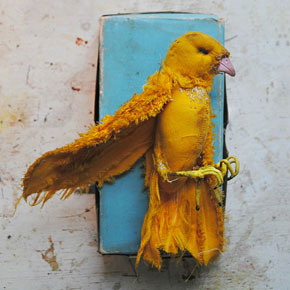 Beautiful Flora And Fauna Made From Vintage Fabrics By Self-Taught Artist Mr. Finch 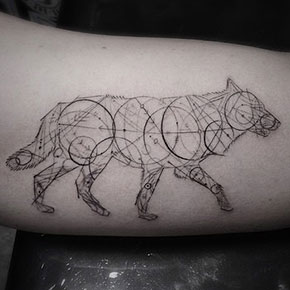 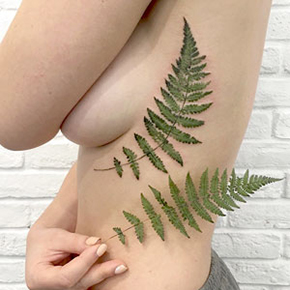 Botanical Tattoos Made By Imprinting Real Leaves On The Skin 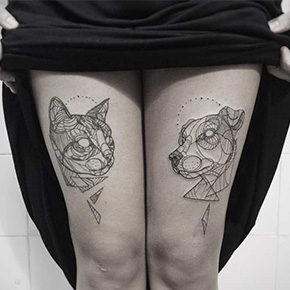