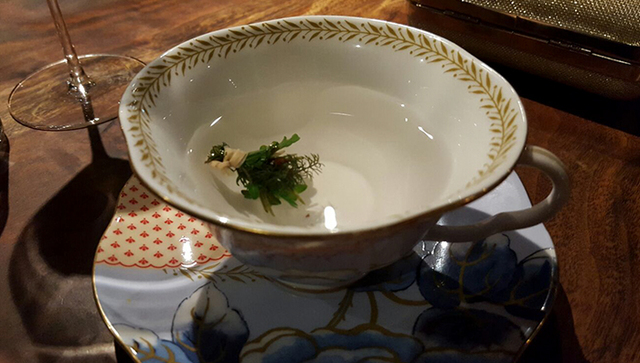 Woman Pays $600 For A Dinner At One Of The Most Expensive Restaurants In America, And This Is What She Is Served

How much would you be willing to pay for a nice and fancy dinner out? If you’re a foodie and you consider food to be a sort of experience, you probably wouldn’t mind splurging on an extravagant meal once in a while. Imgur user Hoptail also likes to sometimes treat herself with one of a kind dinners and this time her curiosity took her to Saison, an expensive restaurant in San Francisco, where she had a meal that cost her $600.

The girl posted pictures of each of the luxurious courses she had and concluded her review by stating that she did enjoy the meal, and even though it’s not something she would spend money on every day, she doesn’t regret paying $600. While many people online accused her of being irresponsible and wasting an absurd amount of money on an overpriced meal, the girl insist that this is her life, her money, and it is what she chose to do with it.

We respect your choice, Hoptail, and we thank you for the opportunity to take a peek at what you can get at a fancy place like that.

If you’re as curious as we are, scroll down to see the pictures.

“The most heavenly tea I’ve ever had in my life. Each little bushel had douglas fir, yarrow, chamomile, lemon balm, anise and hyssop all picked fresh from the restaurant farm and steeped in hot meyer lemon water” 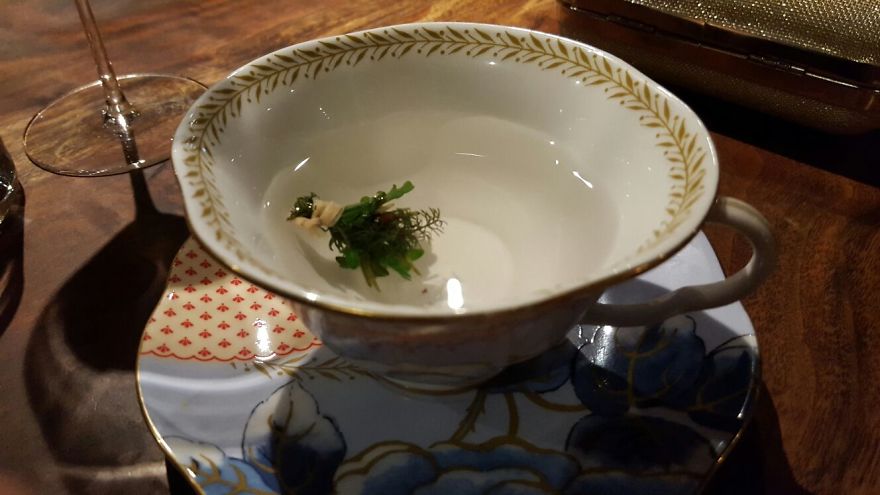 “Up next, baby spinach, roasted kelp cooked in clarified butter (compliments of their jersey cow Bella) and topped with caviar” 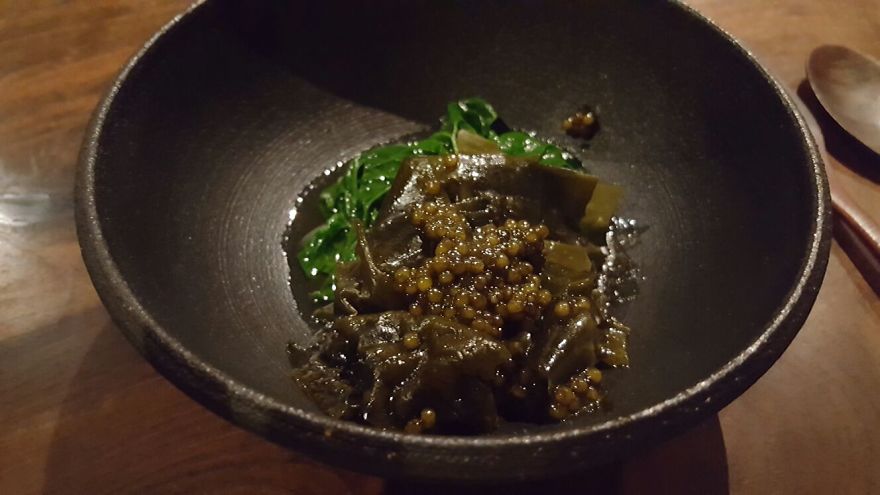 “Turbot fish – 2 ways. Sashimi was amazing. The second preparation was grilled with a light soy glaze. Came with little heirloom tomatoes and some sort of deepfried flower” 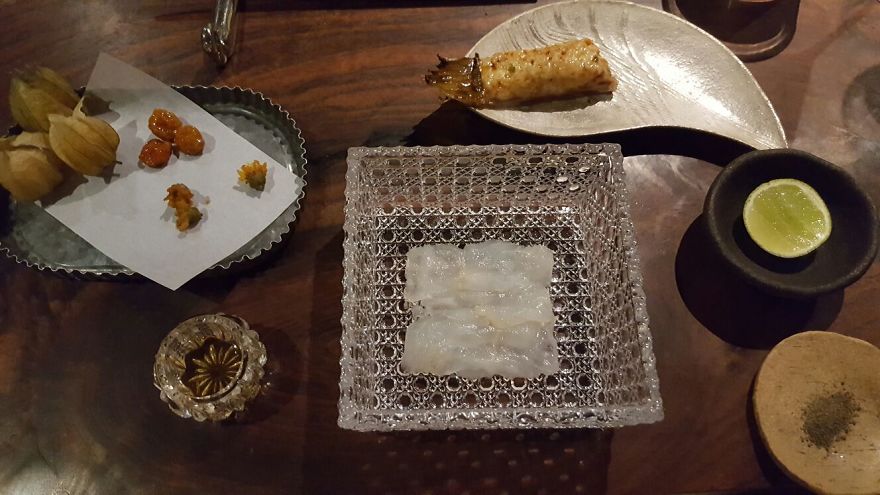 “A Geoduck. If you’ve never heard of them before, Google it. They are freaky looking AF. Honestly, it wasn’t that good. Just kind of chewy and the marinade was super overwhelming I couldn’t actually taste the meat” 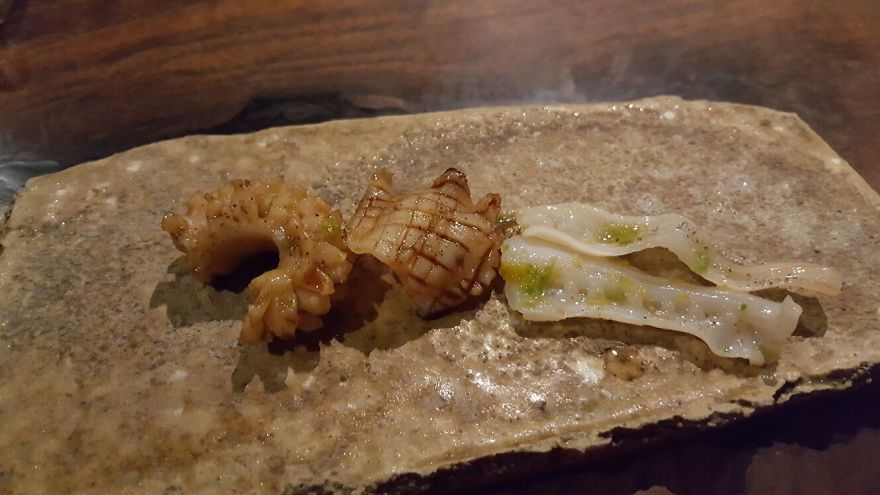 “This was, hands down, my favourite course. Fresh sea urchin on grilled bread that was basted in a sauce made of the off-cuts of the bread. It was SUPER creamy.. like the butter of the sea. So amazingly fresh and the sauce in the bread was incredible” 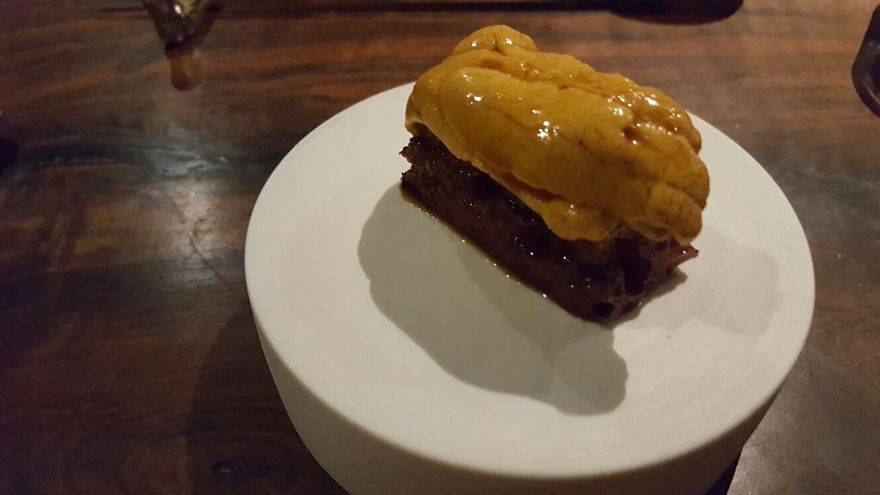 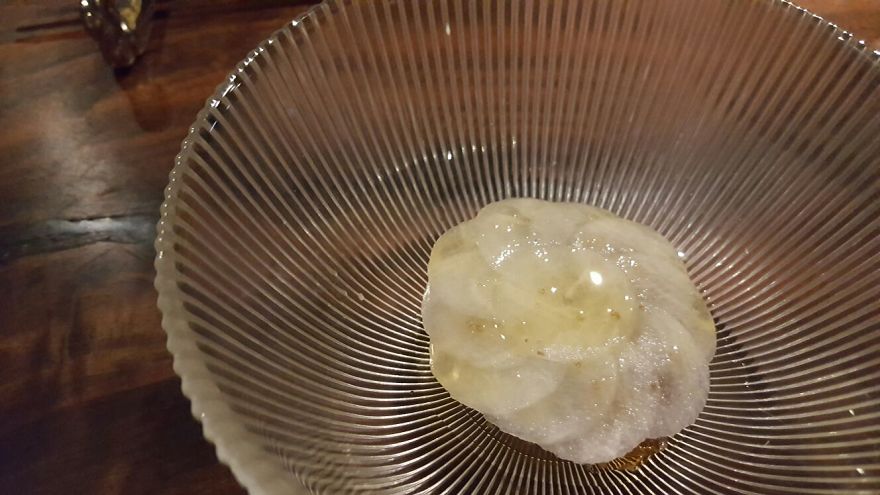 “Underneath there was a sort of radish jelly vinegar reduction, the radish tops and cubes of marinated radish. It was super fresh and tart and a really good transition from the richness of the previous course” 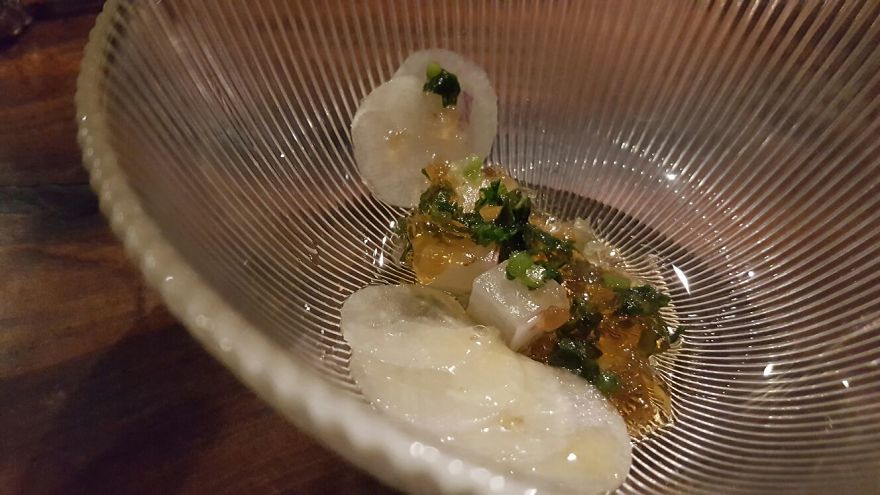 “This is roasted pumpkin – 3 ways. The first to the left is kind of like agedashi tofu except it’s torn roast pumpkin topped with octopus flakes” 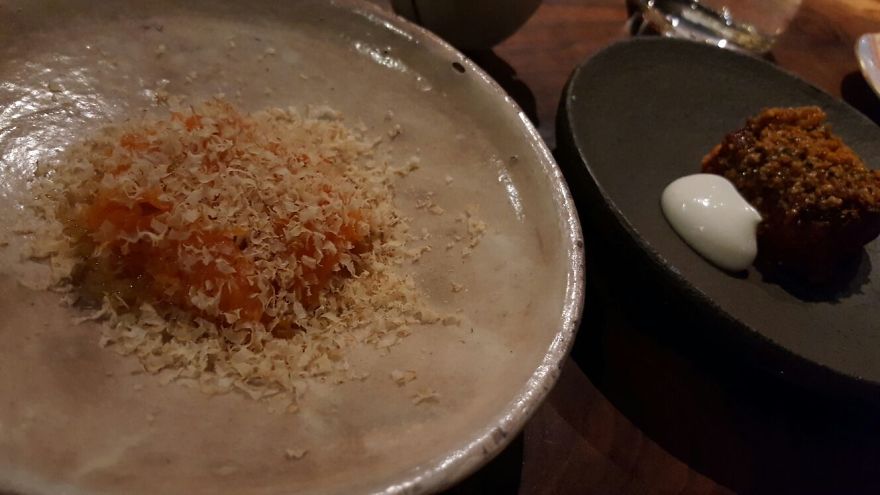 “Second preparation was pumpkin hung over their in-house fire and slow roasted for like 8 hours with a buttermilk cream. Caramelisation was incredible” 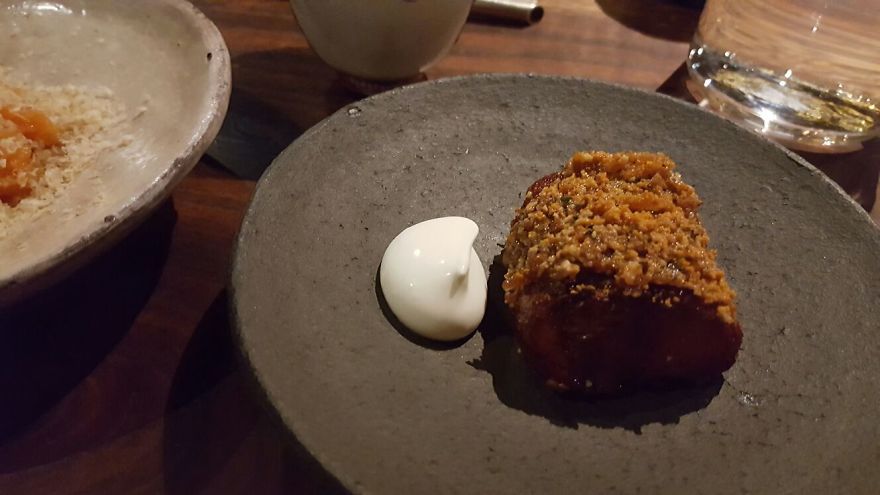 “Not sure about this one. Pumpkin puree in cold-pressed pumpkin seed oil. It felt like it was kind of added as an afterthought and was way too salty. I’m not even sure how I was supposed to eat it” 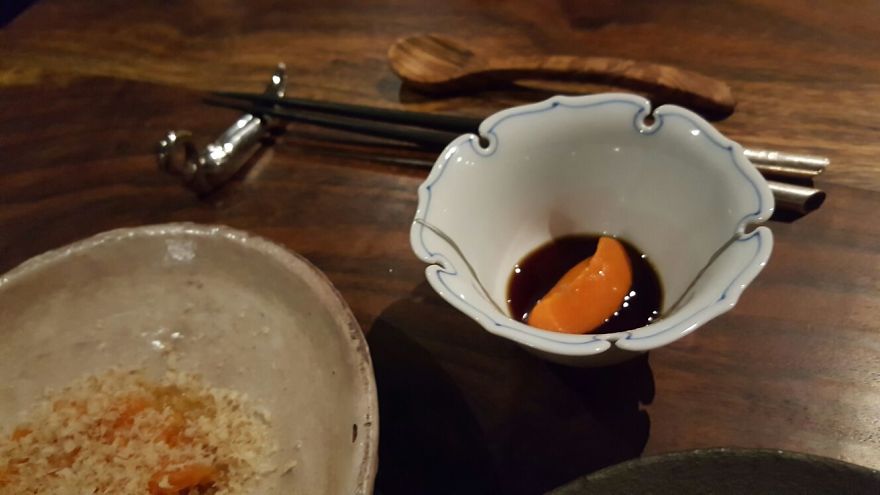 “This is antelope. It came with stuffed radicchio, herb salad and really nice biscuits and honey butter that tasted like pancakes” 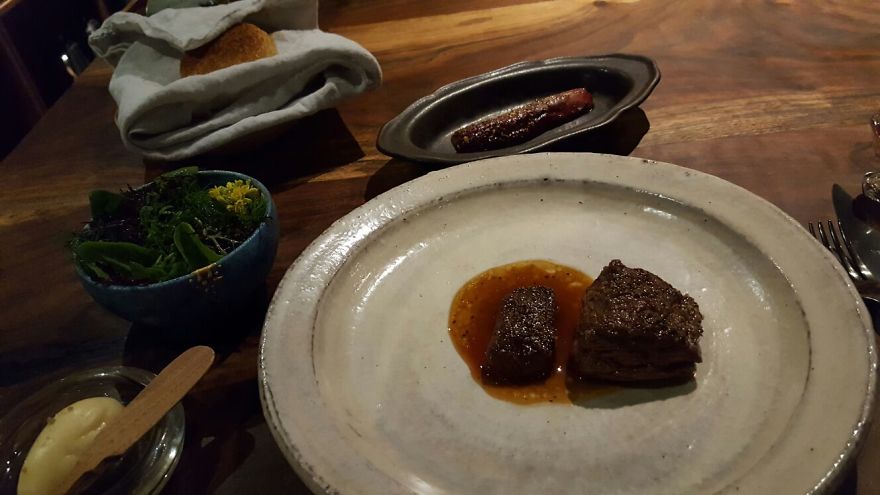 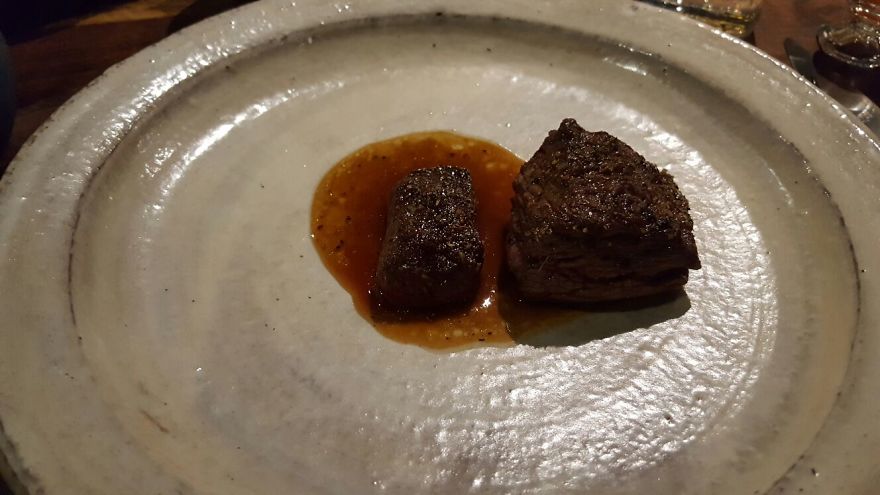 “Antelope bone broth with sage. It was actually really nice, but I needed to move on from Bambi’s relatives” 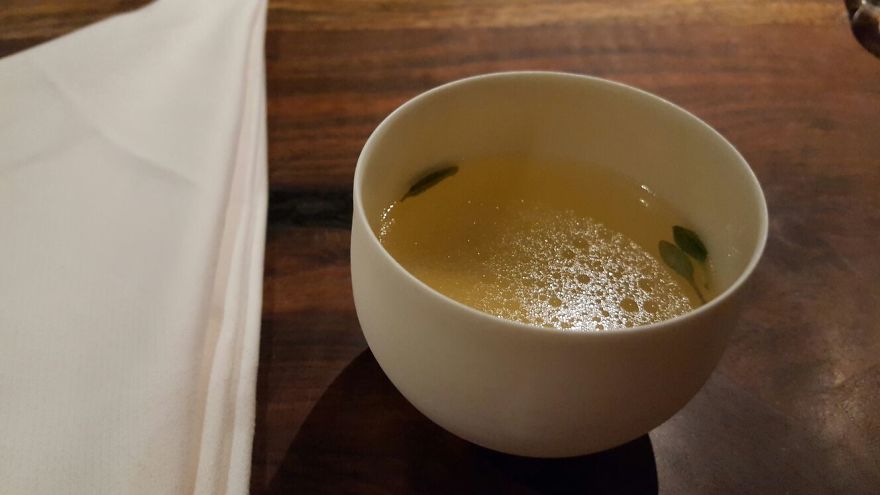 “This is smoked ice cream. Don’t ask me the science behind how one smokes ice cream – but it’s got something to do incorporating exotic wood embers into the cream. So incredible though, and came with life-changing salted caramel” 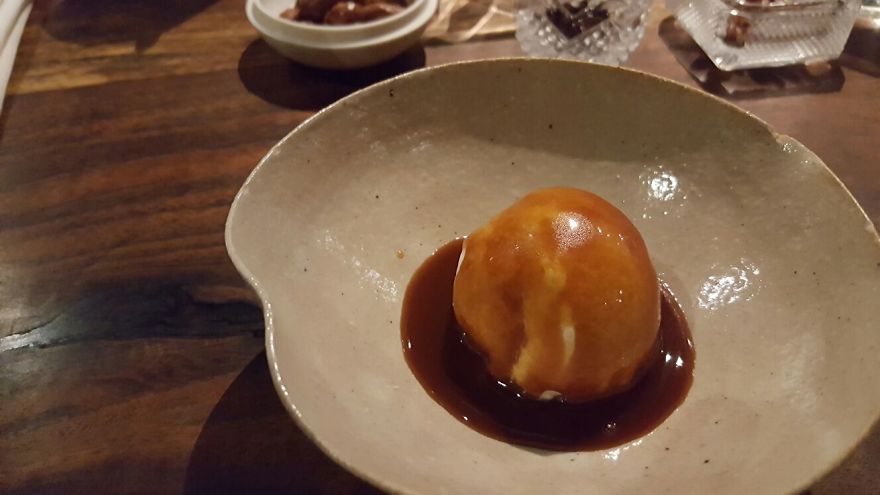 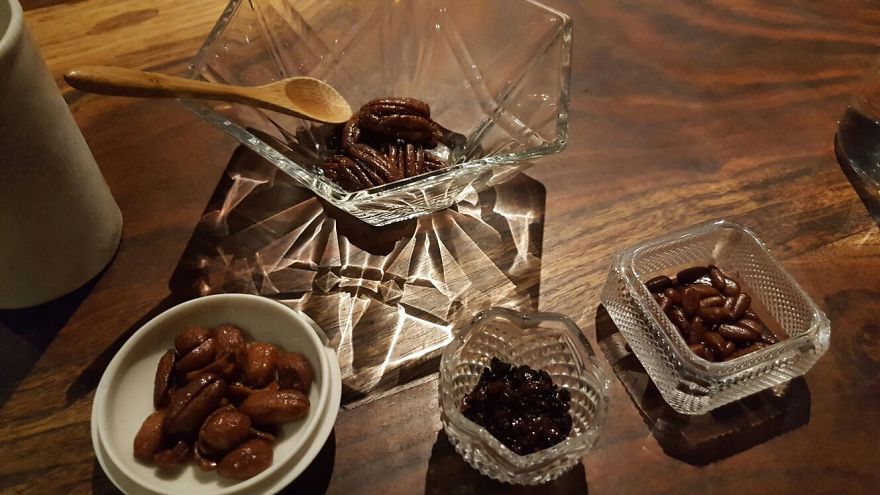 “Dessert, yes. The best part. Praise Jesus, my palette has been blessed. Amen” 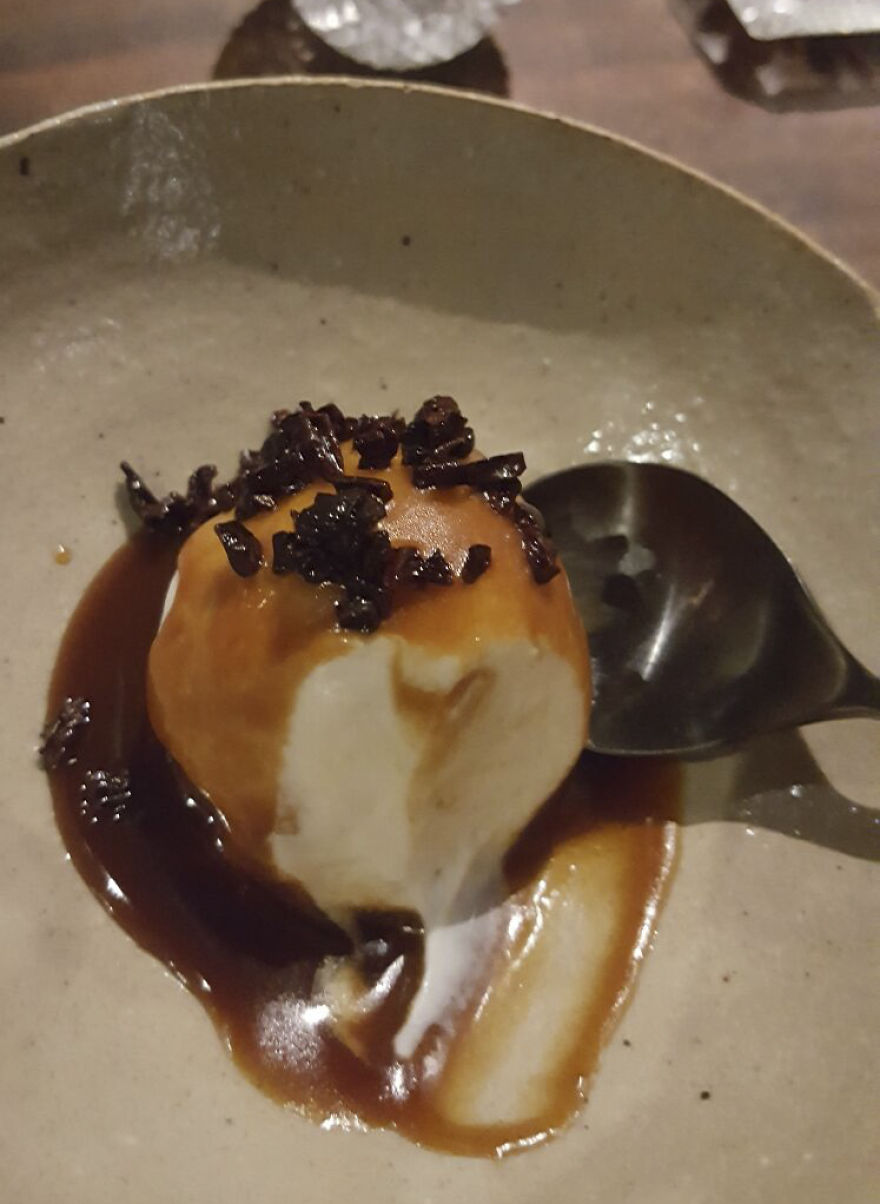 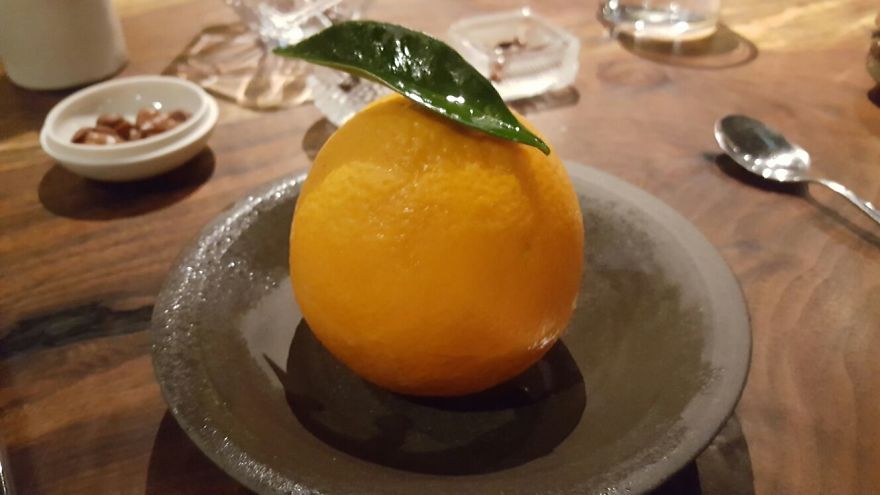 “Super smooth, really creamy and had hidden segments of candied oranges at the bottom” 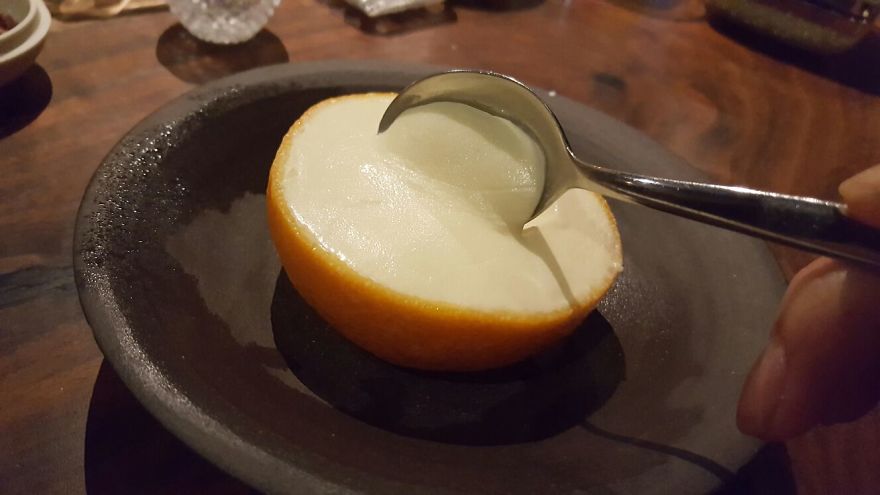 “Blueberry sorbet on top of brandy macerated blueberries. Topped with more brandy. Good if you like brandy. I don’t” 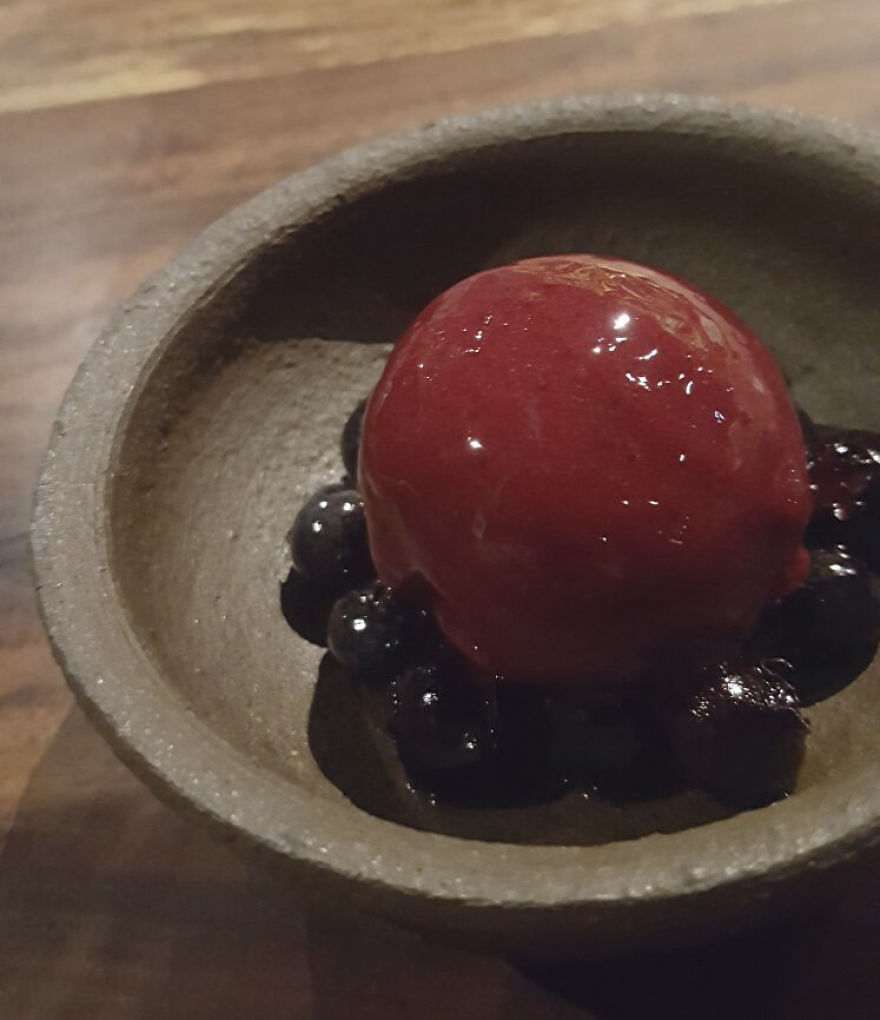 “The Saison “Snickers” bar. This is an off-menu item that comes if you befriend the right waiter. Some sort of dark chocolate and nut brownie base, salted caramel centre, chocolate ganache and topped with 24K gold” 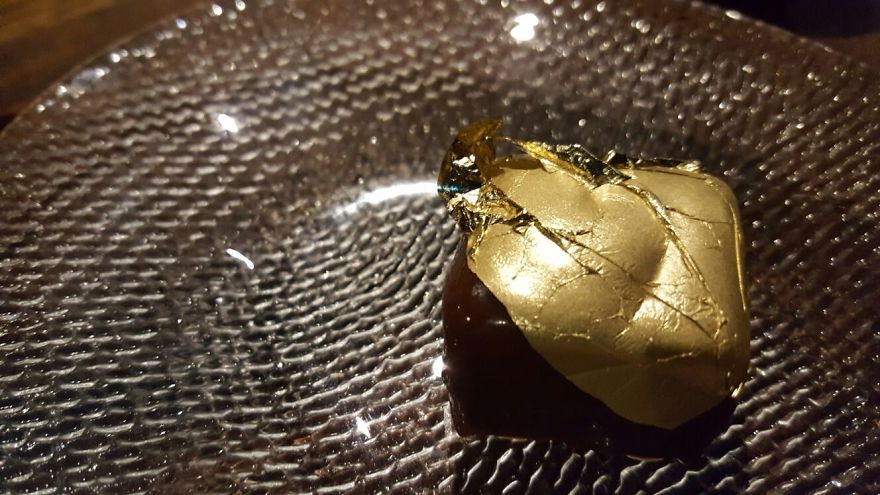 “Honestly, this was an awesome experience and, for me, well worth the money”