Nefelia |Out of Fashion is a design studio based in Athens, Greece, the brain child of Greek architect/designer Nefeli Papanagiotou. Her latest work, “Drama” collection, attempts to challenge the relationship between functionality and design. It is a collective of art objects, with a well-aimed focus on laser cutting plexiglass, creating functional every-day pieces that amaze, while still being realistic enough to execute.

A true Greek drama is taking place as the collection progresses, with highly designed objects, initiating newcomers to a land of mythical figures, Greek goddesses and heroes.

The evil eye, traditionally a talisman made to protect against the malevolent glares, that Greeks believe to be a curse cast to a person when unaware, in “Drama” collection becomes an acrylic set of placemats for two.

Janus, with the two faces, one seeing into the past and one into the future, thus representing time. A symbol of change and transition, in Drama collection, becomes a hand mirror, with a handle made out of handmade cast concrete and a double layering of laser cut plexiglass.

Or Ornithes, inspired by the famous play of the father of comedy Aristophanes, become a set of coasters by using the technique of laser cutting, and embedding delicate eye pieces into an already-cut acrylic base.

The collection is an exciting mix of unexpected elements, a sarcastic interpretation of Greek history, that in the end, characterize the distinctive and -out of fashion- work of Nefelia. Drama collection was presented in ICFF, NYC, May 14-17 2016. 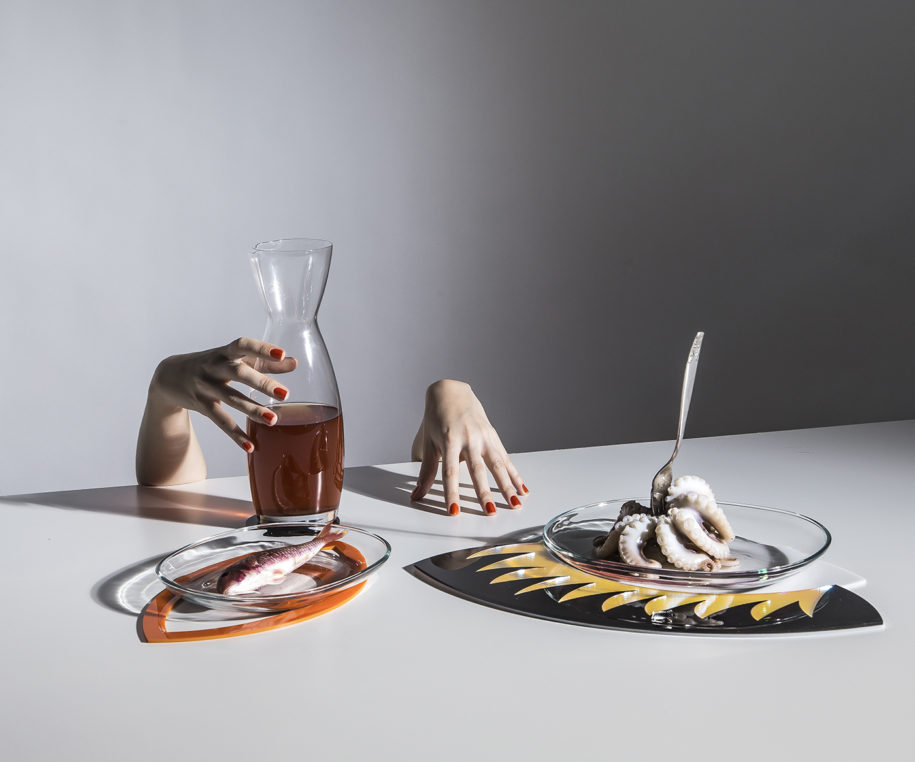 Beware of the evil eye! The evil eye in the Greek culture is believed to be a curse, cast by a malevolent person! 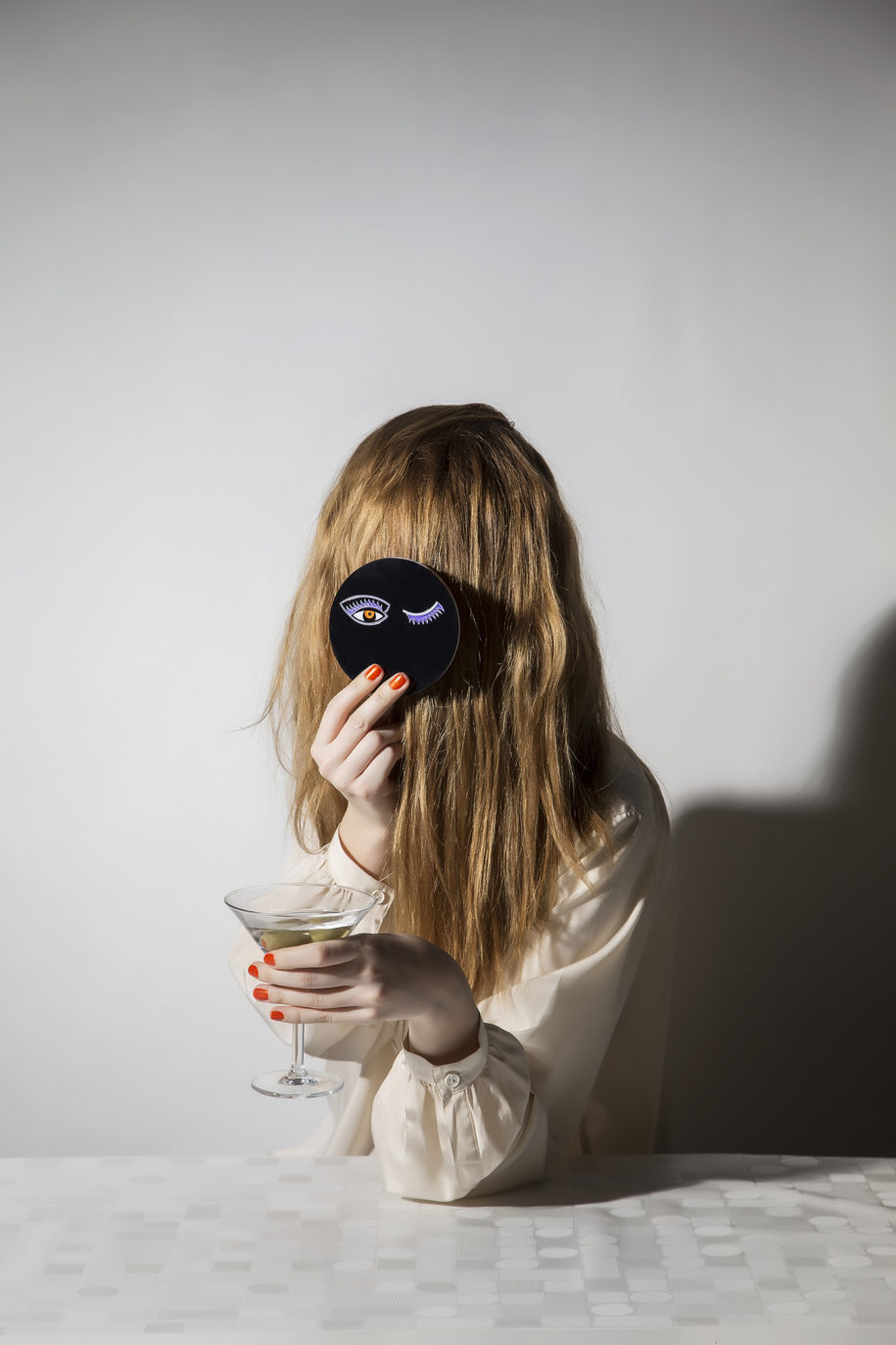 The two faces of Janus 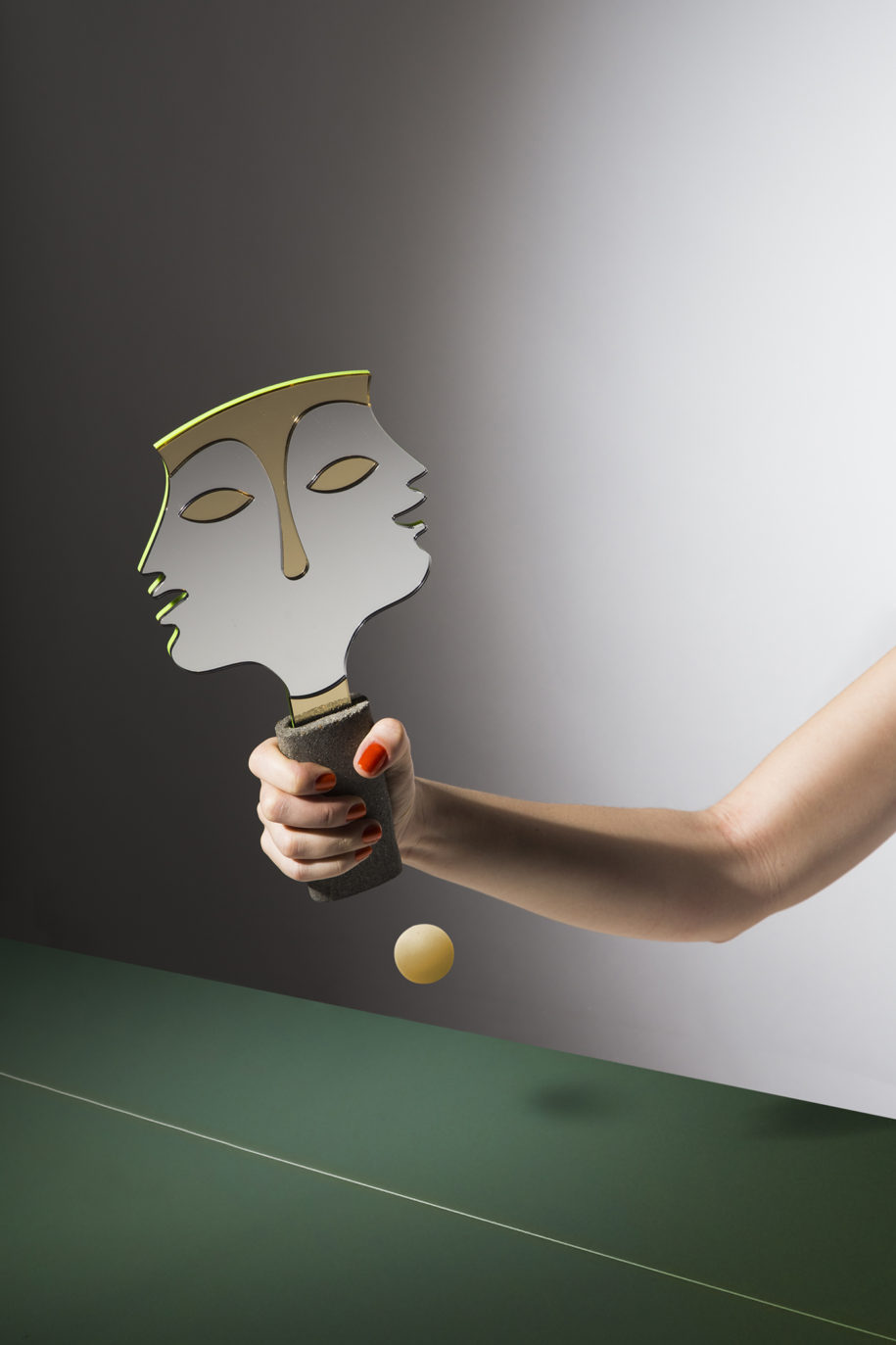 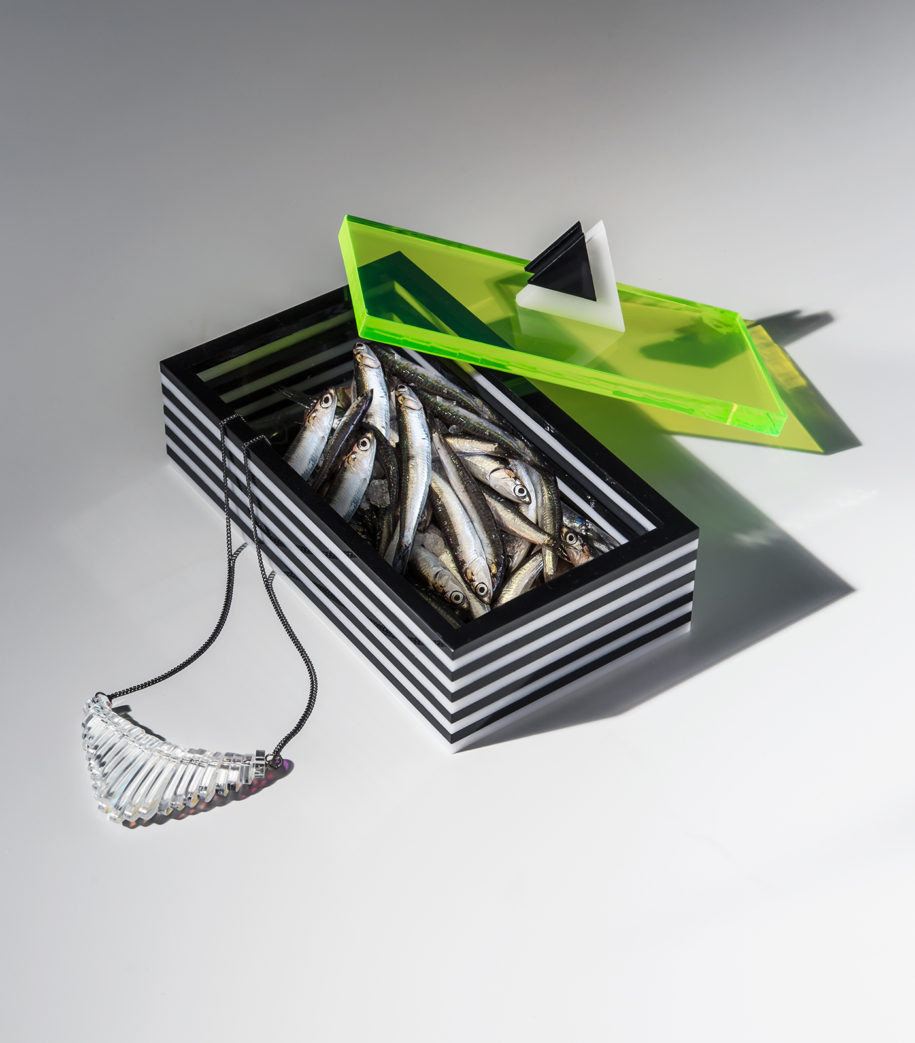 It was just a simple box. But what was in it? Could it be gold, silver, or even precious stones? Surely just taking a quick look inside couldn’t do any harm- could it?… 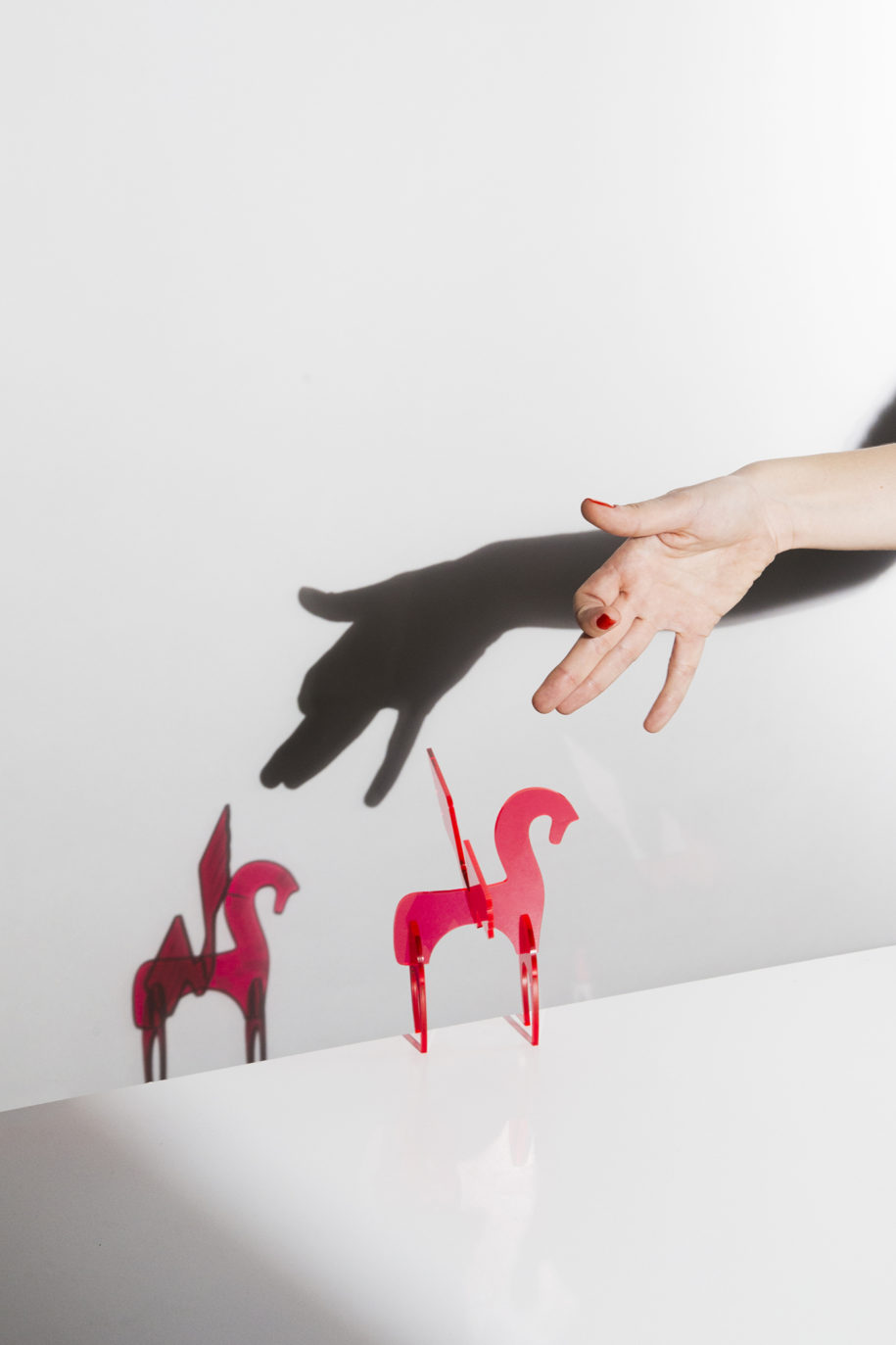 He can fly in your imagination 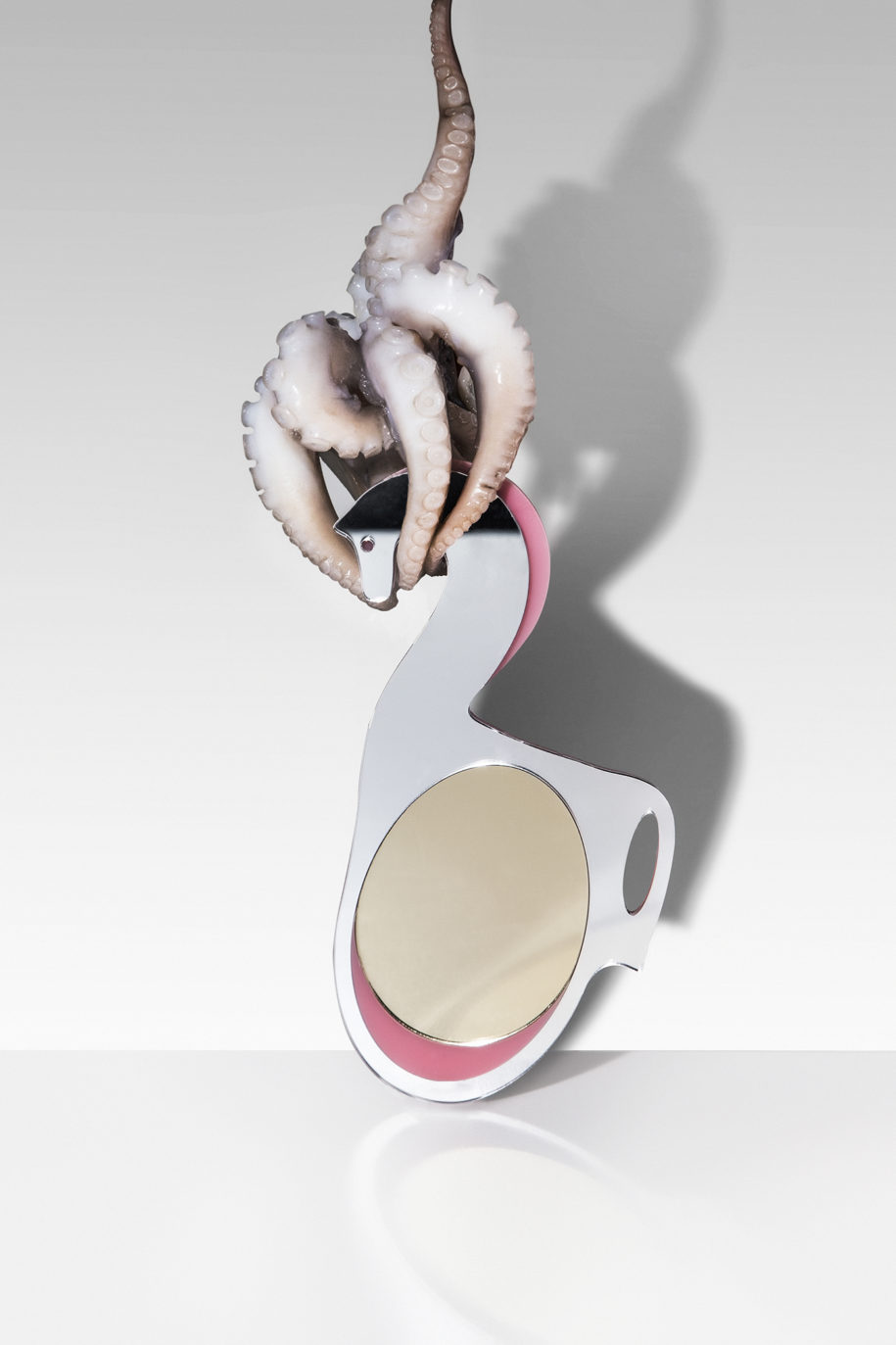 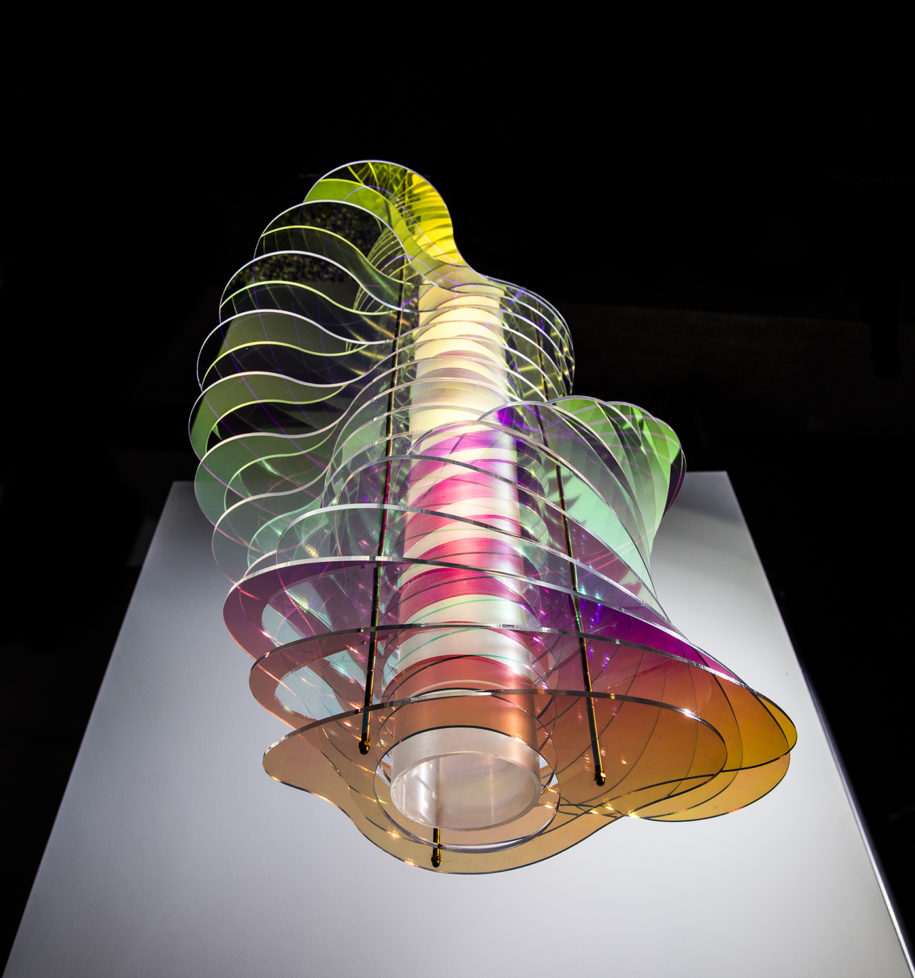 You dare to look at her? she will turn you into stone! 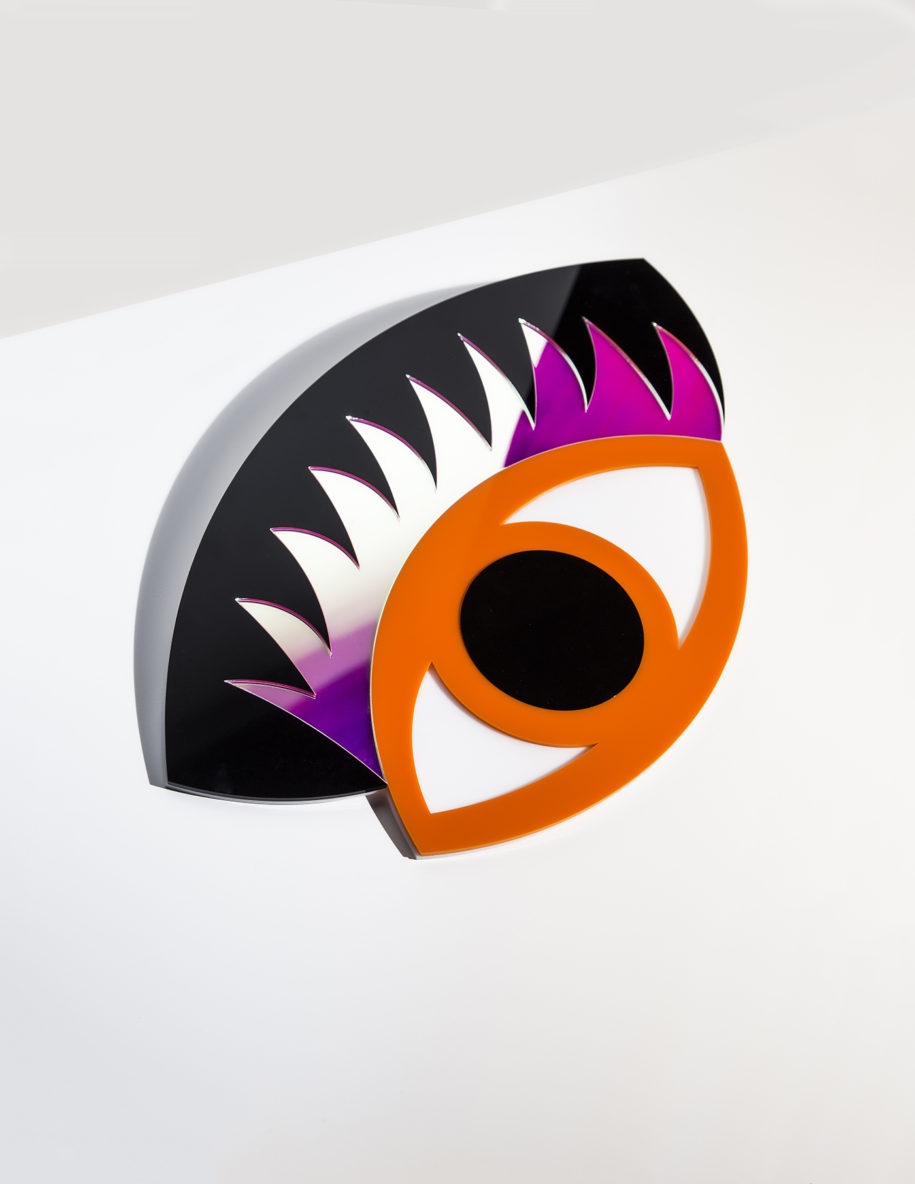 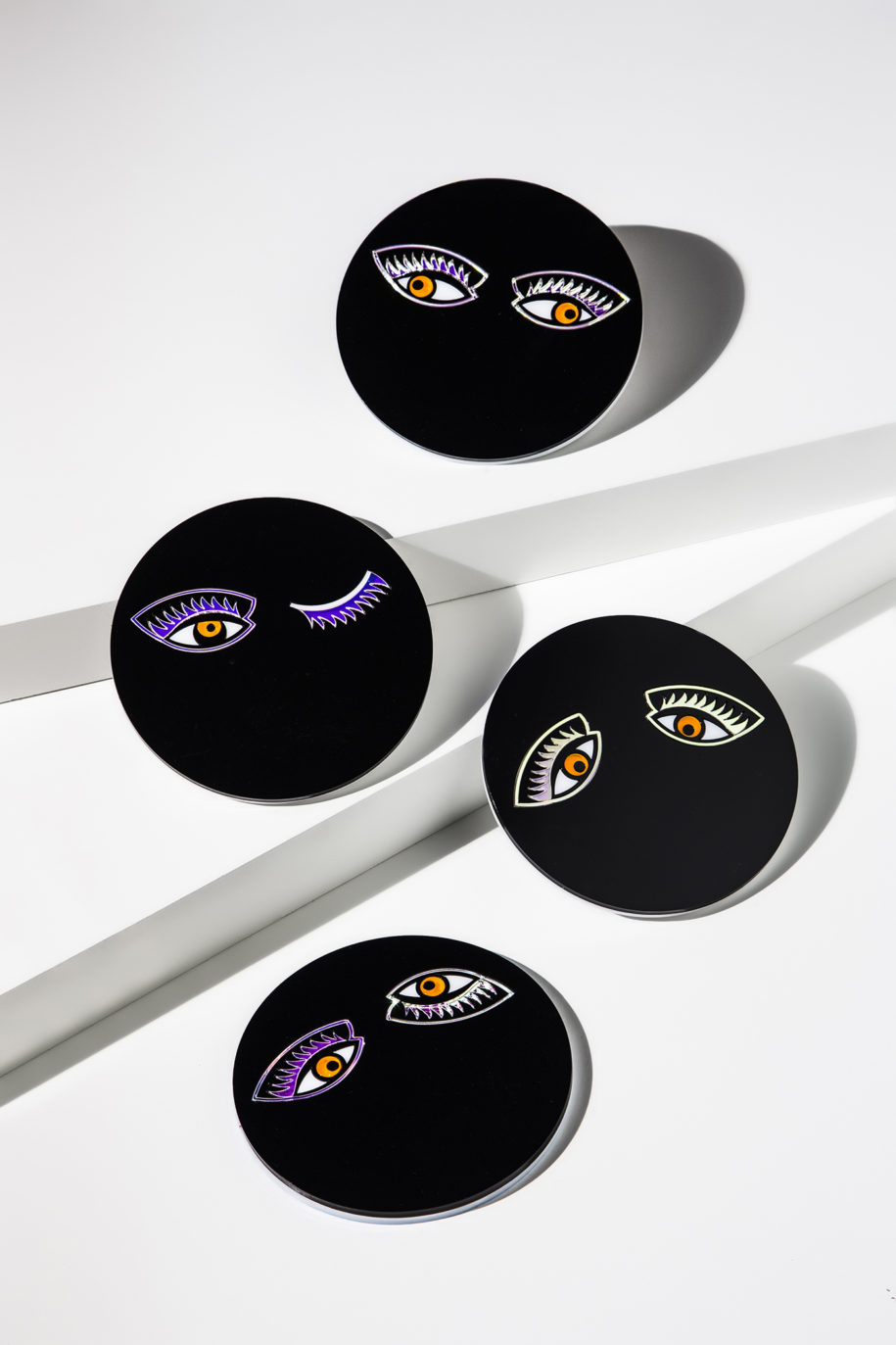 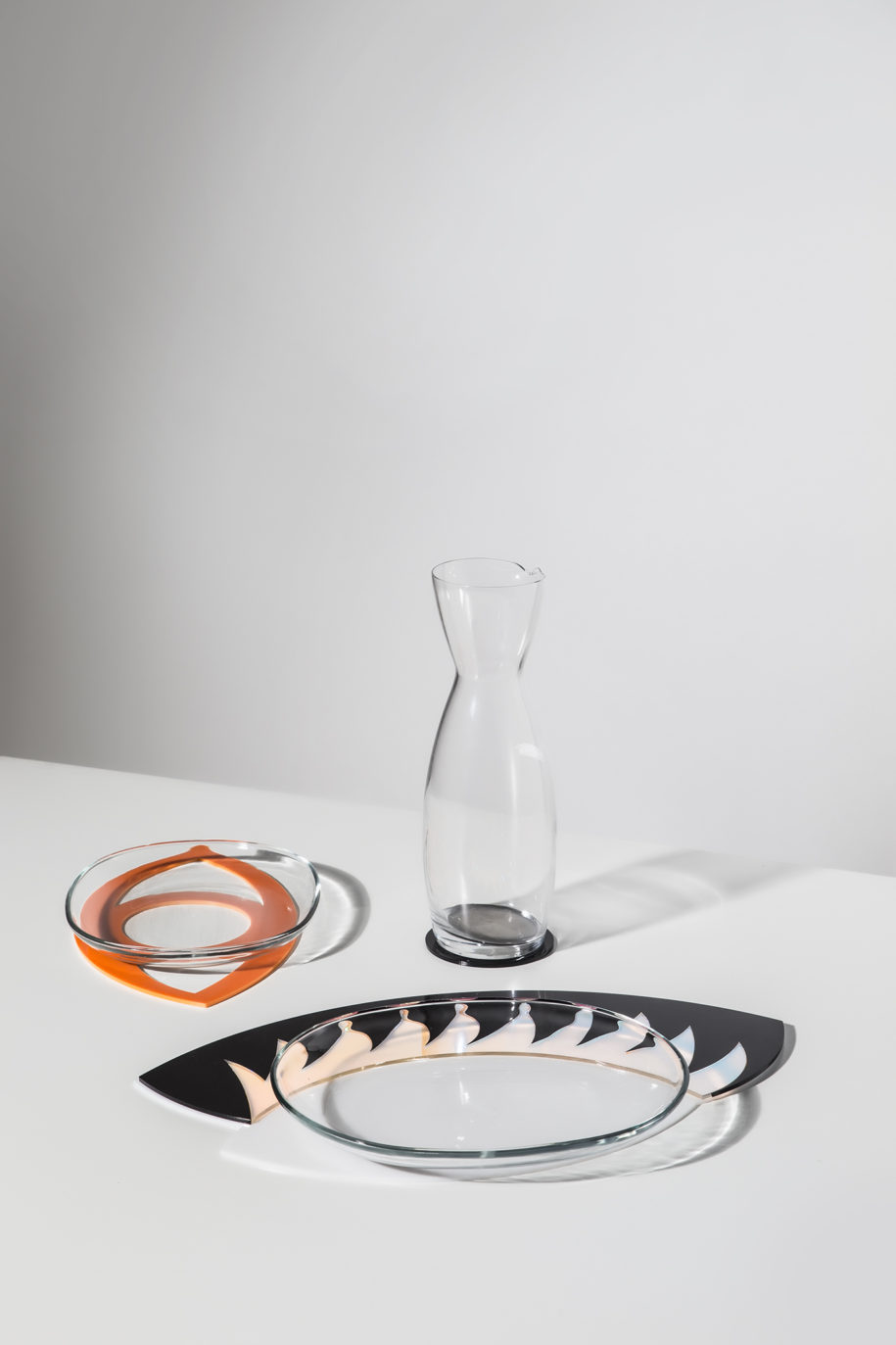 The evil eye placemat becomes a dinner set for 2 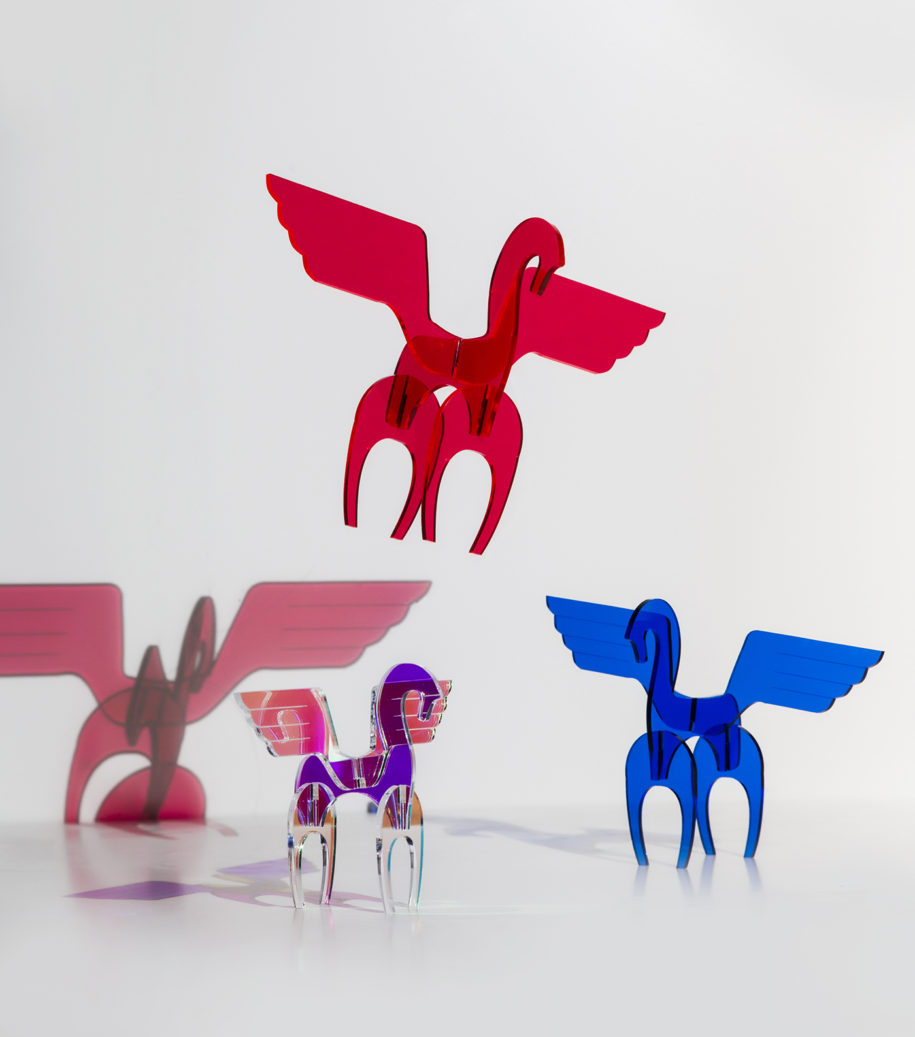 Made of laser cut plexiglass the Pegasus ornaments can stand or fly! 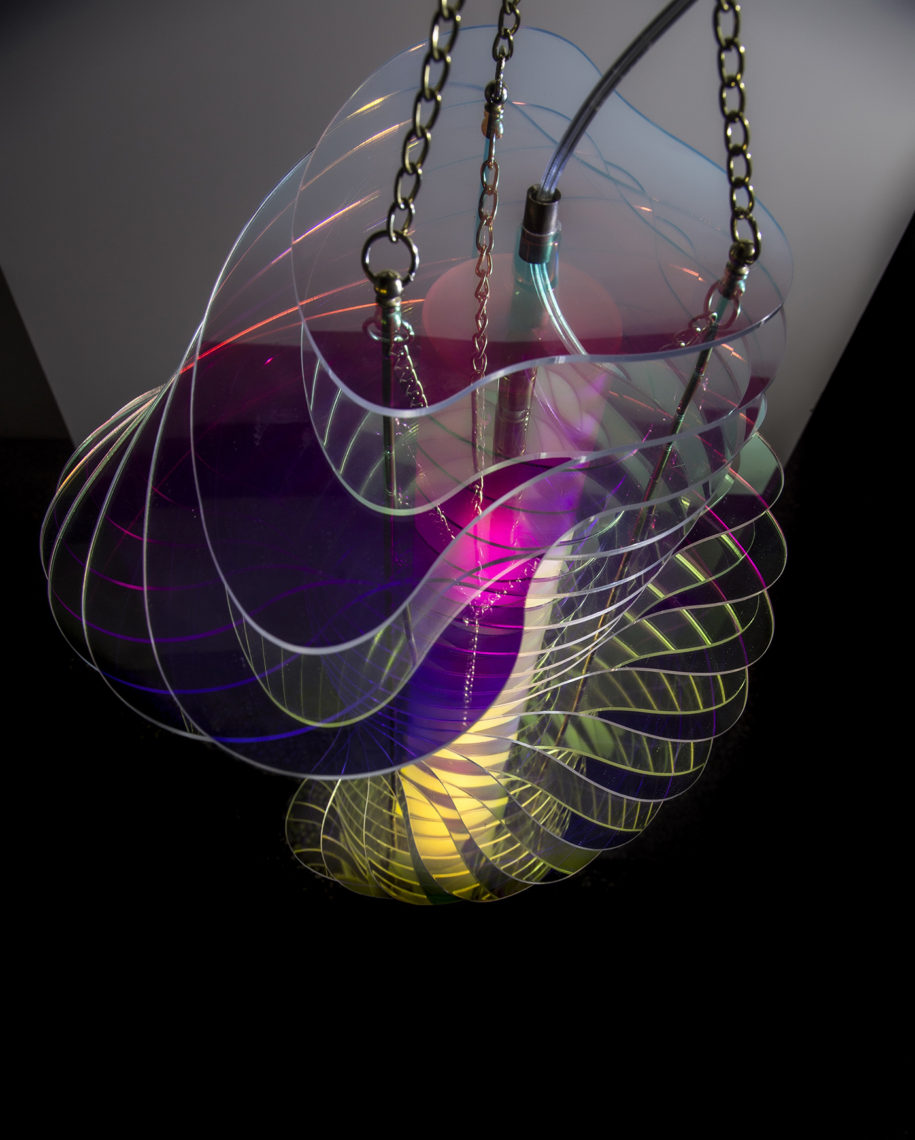 Made by iridiscent plexiglass , the Medusa light produces all the colours of the rainbow depending on the angle you look at it 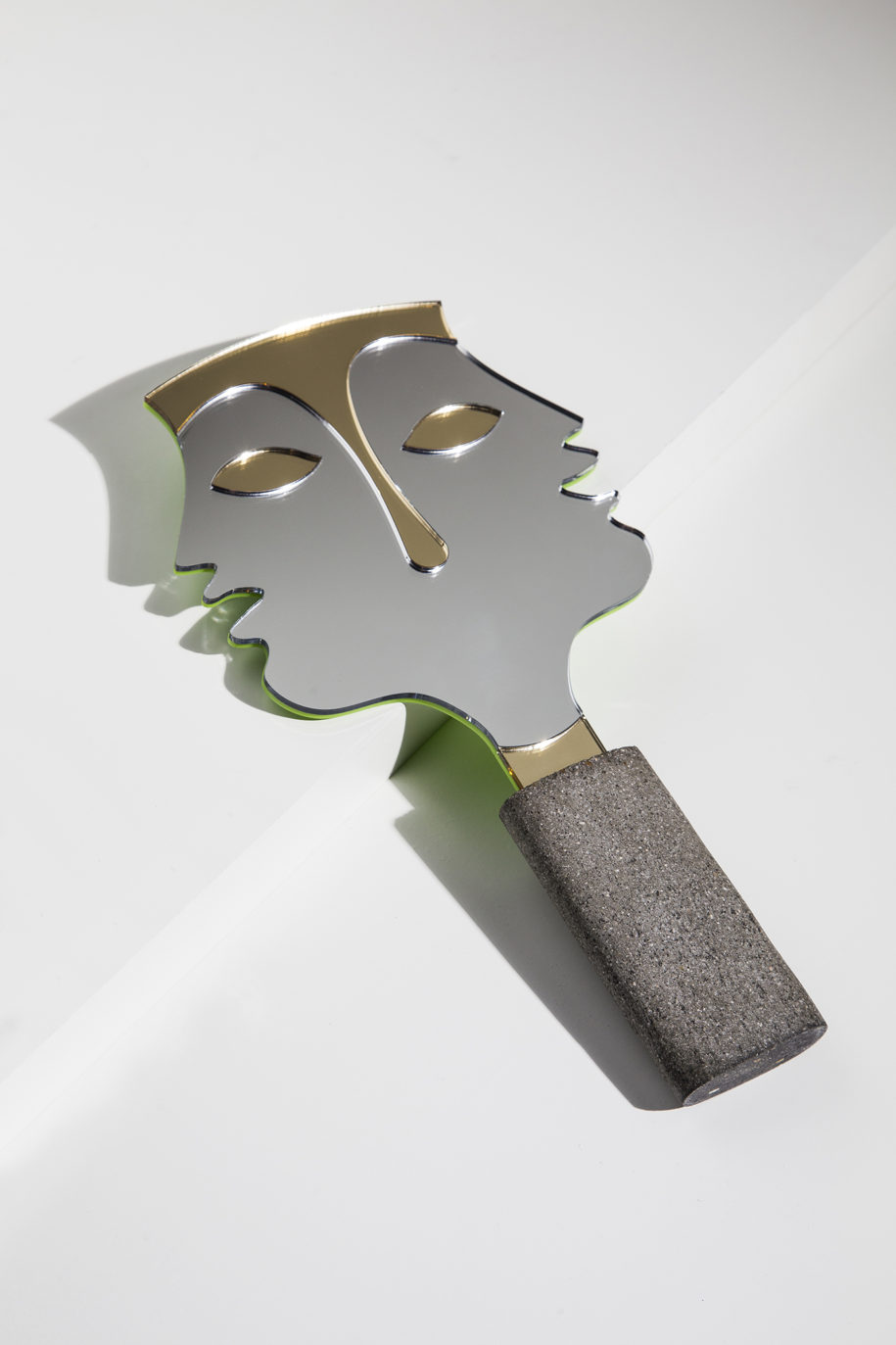 The hand mirror representing Janus with his two faces, is made of plexiglass and cast concrete

I Am The Ad!
Art, Paper Art, Product Design