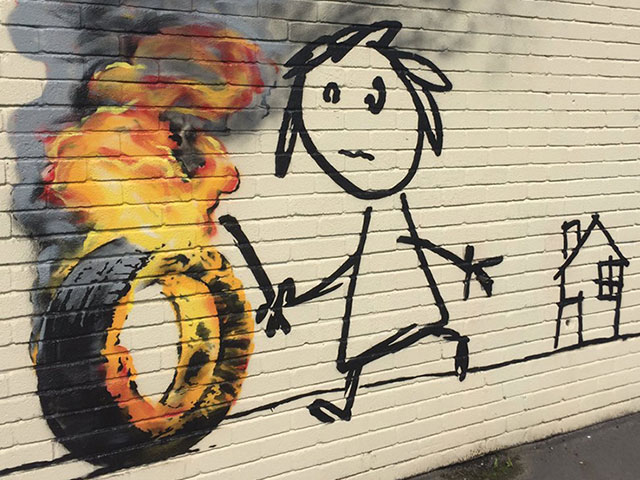 Banksy has struck again, this time at the Bridge Farm Primary School in Bristol. Although what makes this a unique case is that the famous graffiti artist’s target is not as random as usual.

Just recently the school held a competition to rename one of its buildings, and out of all candidates, 4 were picked for the final round: Brunel, Blackbeard, Cabot and Banksy. Banksy won, and so using the students’ half-term break he went up there to thank them the way he knows best.

The students came back to this new mural depicting a scribbled kid driving a huge burning tire towards the little flower. Besides the graffiti, he also left a note:

“Dear Bridge Farm School, thanks for your letter and naming a house after me. Please have a picture, and if you don’t like it, feel free to add stuff. I’m sure the teachers won’t mind. Remember, it’s always easier to get forgiveness than permission. Much love, Banksy.”

“Remember, it’s always easier to get forgiveness than permission,” 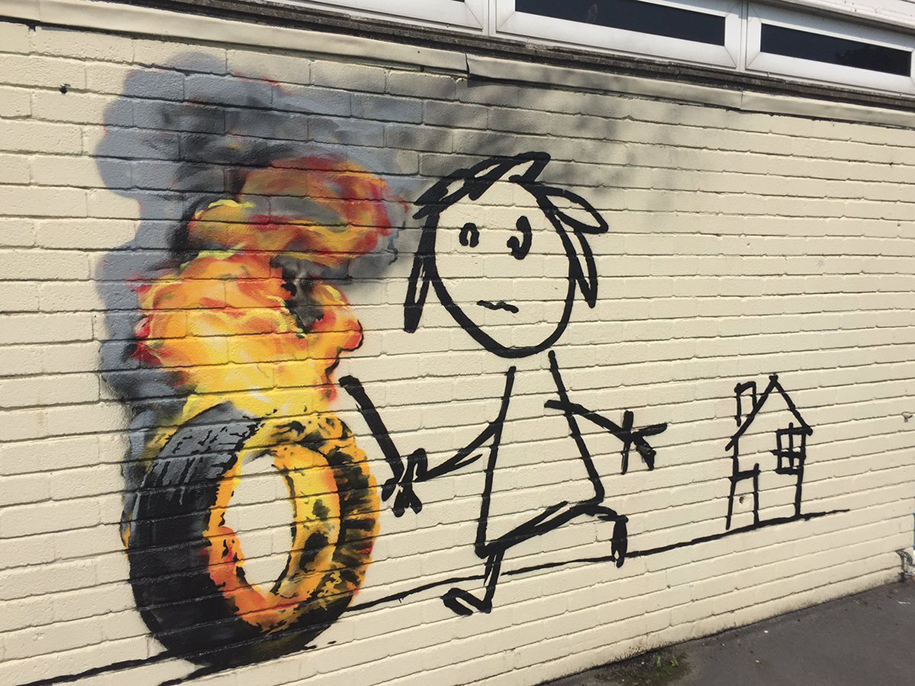 Besides the graffiti, Banksy left a note: 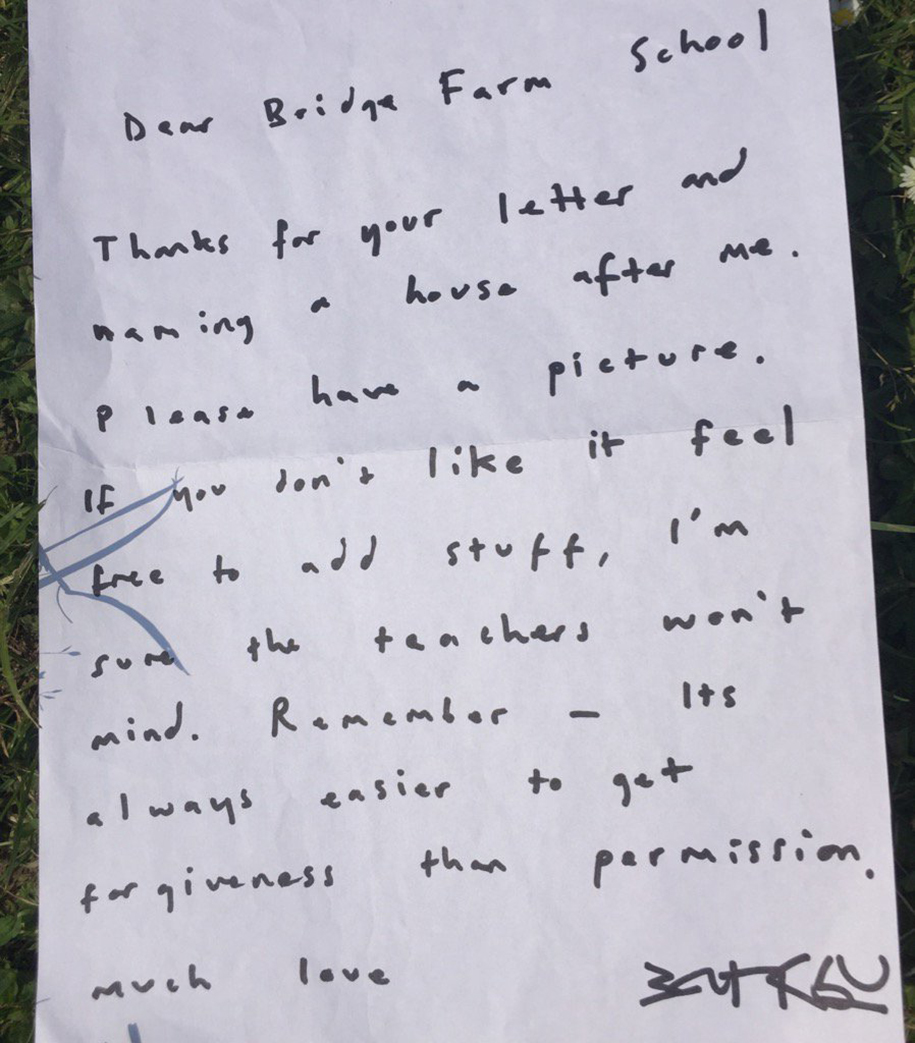 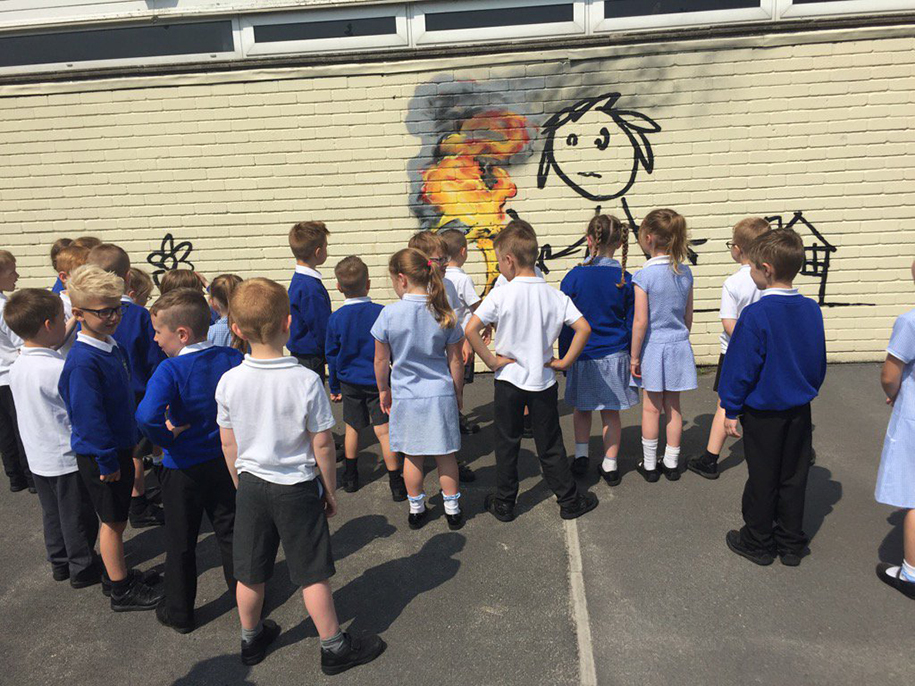 “Charlie wrote to Banksy. His dad says he wishes the mural had been on their house, not at school!” 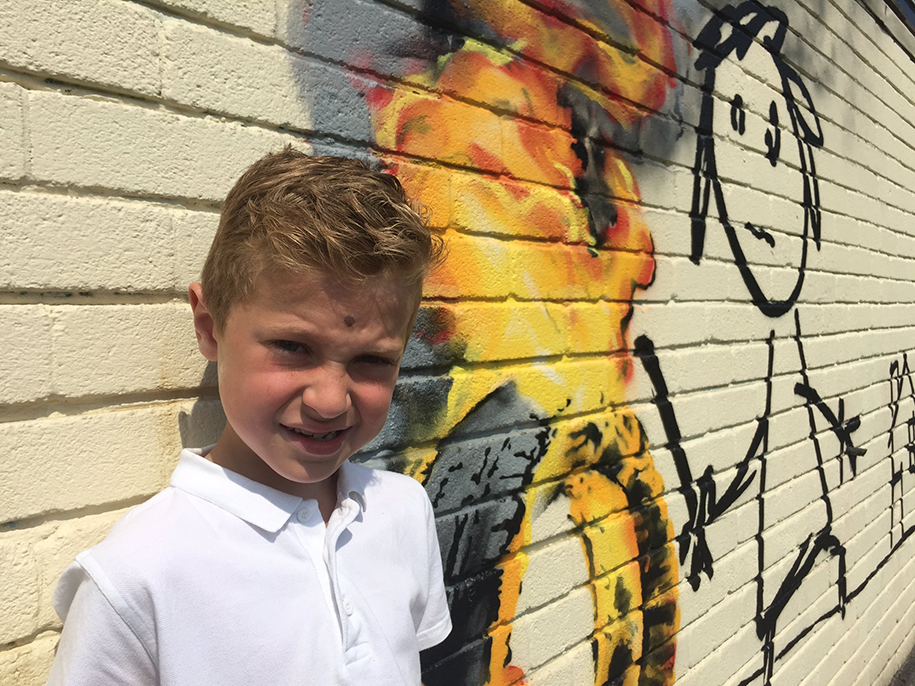 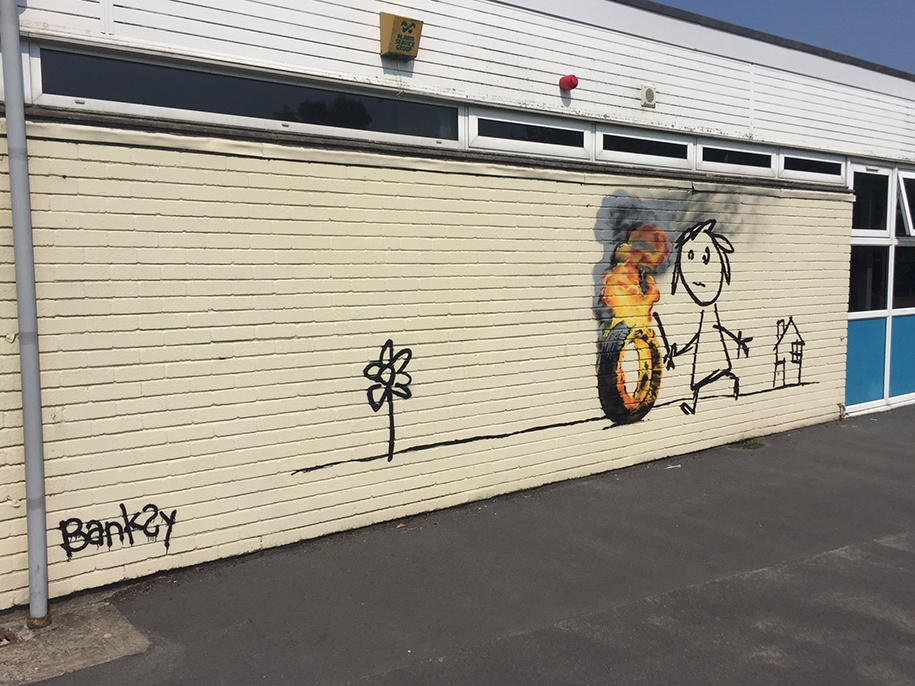 Want more of Banksy? Take a look at his version of a theme park called Dismaland.