Bhopal – A Land of Nawabs and Begums

During the British period, Bhopal was the second largest Muslim State in India. It had four Muslim women rulers from 1819 to 1926. Much obviously, these rulers faced a lot of opposition from both their powerful neighbors and male claimants. Even the British India Company initially was opposed to Bhopal being governed by females. But, the Begums had Queen Victoria as their inspiration and model. This forced the Britishers to finally terminate their opposition. Each of the Begums left an important mark of her own on the role. They built palaces, which have been turned into heritage resorts near Bhopal. Along with Nawab Hamidullah Khan, here are the top female rulers of Bhopal.

She was Bhopal’s first female ruler and far ahead of her times. She didn’t follow the pardah system and soon declared her successor as Sikander, her daughter. She was an extremely powerful woman who also showed a lot of concern for her people. If history is to be believed, she would have her dinner only after confirming that all of her people had had their meals for the day. Her palace was built by her, called Gohar Mahal, a brilliant mix of Mughal and Hindu architecture. The famous Jama Masjid, too, was built by her. She ruled till the year 1837 and had well trained her daughter for her succession.

Much like her mother, Sikander begum also was modern. She was an expert in martial arts and hence fought many battles. Again, much like her mother, she engaged in public welfare despite her bravery. She was very considerate towards her people. She built many roads and the Moti Mahal, her palace, now a tourist spot in the city. The Moti Masjid was also built by her. Also built during her tenure was Shaukat Mahal.

In 1868, after Sikander Begum passed away, her daughter Shahjahan became Nawab of Bhopal. Shahjahan Begum got the history of Bhopal documented in the book called Tajul Iqbal. She was an author who wrote many books in Urdu. She established a renowned Hindu Property Trust for conserving and protecting Hindu properties. Her other passion was architecture, reflected in the large number of buildings made in her tenure. She built her own palace called the Sadar Manzil.

She was the only surviving daughter of Shahjahan Begum. She continued the emancipation of women. She too was a very powerful woman, who built a palace named Qaser-e-sultani, known also as Ahmedabad Palace, which became the first building in the city to be made using Italian Marble. She also constructed another palace called the ‘Noor-us-Sabah,’ which is now a prestigious heritage hotel. For noor us sabah hotel bhopal tariff, you can check their website.

Son of Sultan Jahan, he was the first male ruler in Bhopal. He was an able politician and administrator. He was very adroit politically and hence was Chancellor of the Chamber of Princes twice. He started the famous Hamidia Inter College.

So when you visit Bhopal next, be ready to find a reflection of these rulers in their palaces and works.

Touring the Quaint Attractions of Aurangabad 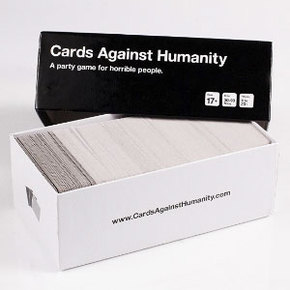 Cards Against Humanity Just Bought Land On The US-Mexico Border In Order To Prevent Trump From Building His Wall, And This Is Their Plan