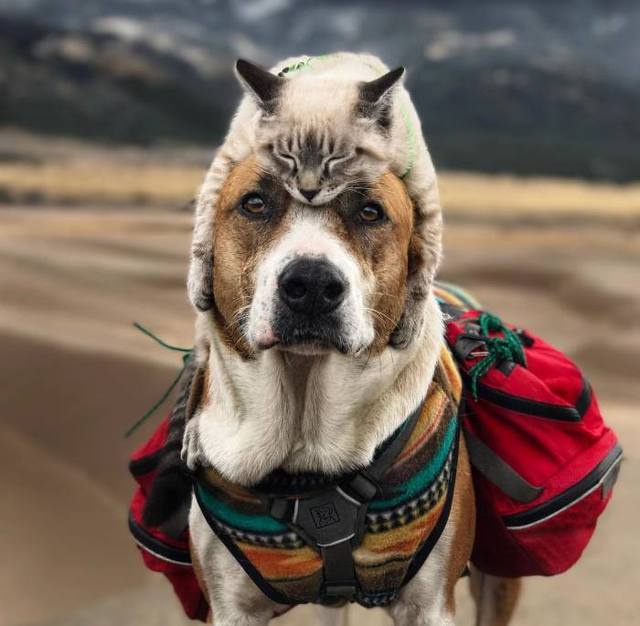 This Cat And Dog Enjoy Traveling Together, And Their Photos Are Absolutely Adorable

As big hiking enthusiasts, Cynthia Bennett and her boyfriend had to make sure that the pets they *took* back home with them *loved* the outdoors as much as them. And whether it was the careful selection process or a strong gut feeling, it seems that they got it right when they chose their dog Henry and cat Baloo, who can’t get enough of nature.

They adopted Henry back in 2014 and 3 days after he arrived at his new home, he was already out hiking with his new family. “He found the steepest, tallest rock around, and he ran up to the top of it to look over the edge,” Bennett described their first outing together. The dog continued being a true daredevil after that too, soon earning the cute nickname of “little mountain goat.”

Baloo, the kitty cat that the owner adoringly calls the younger brother of Henry, loves the outside too and Bennett is certainly proud of that. “I get a lot of questions about how we got him used to it. But he really loves it. He really wants to go outside. If I touch Henry’s leash, [Baloo] will start screaming at the door.”

To the owner’s delight, both pets get along really well too. The moment Baloo met his bigger brother Henry, he instantly wanted to snuggle and play with him, while Henry became attentive and caring towards the kitten, always checking on him, making sure he’s doing okay.

Scroll down to see the pictures of this adorable yet unlikely pair and their hiking adventures. 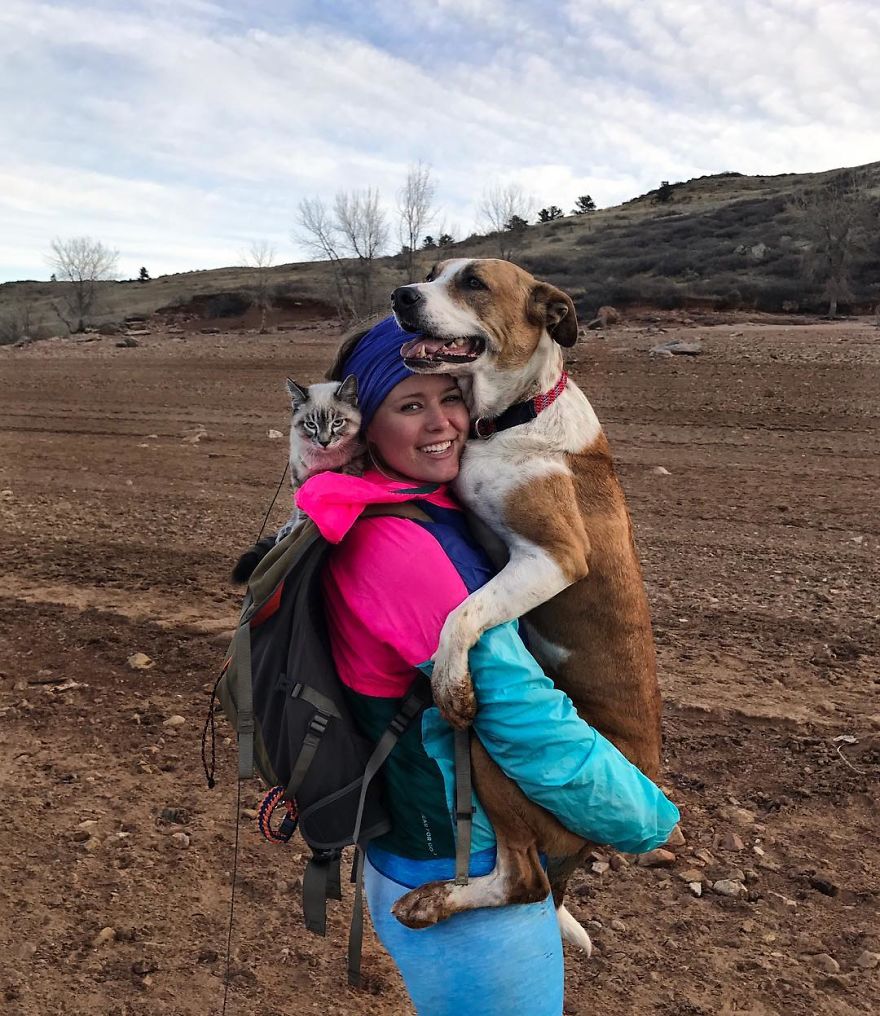 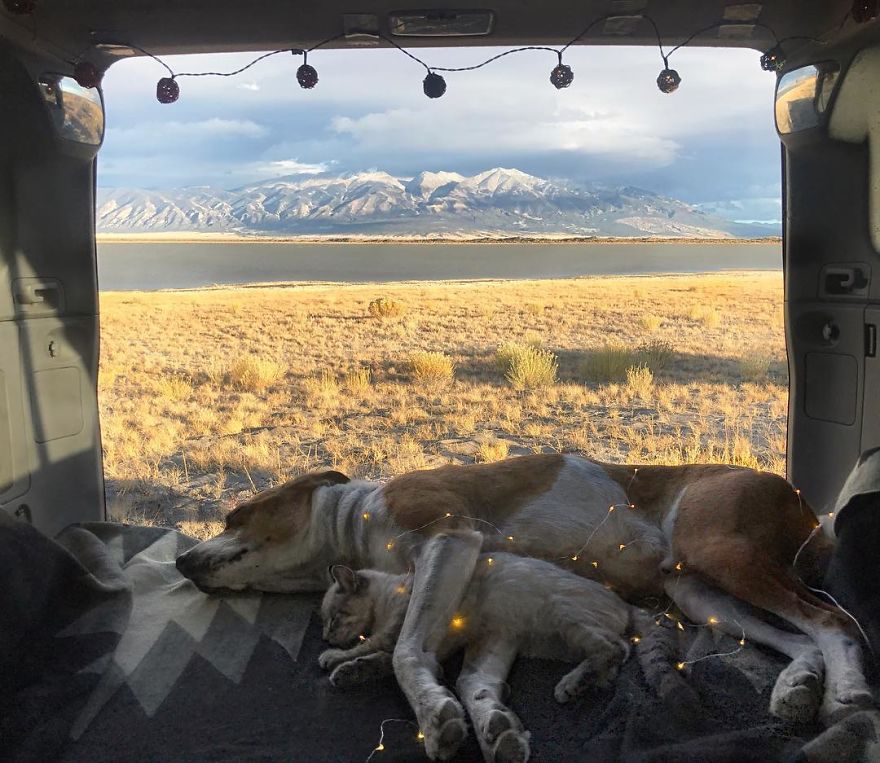 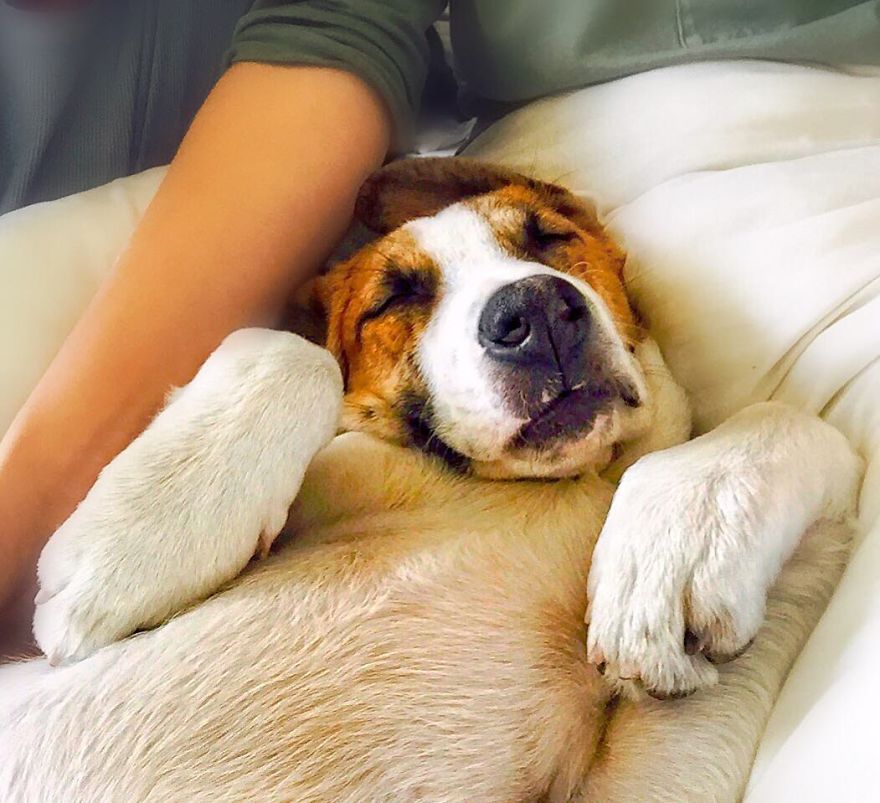 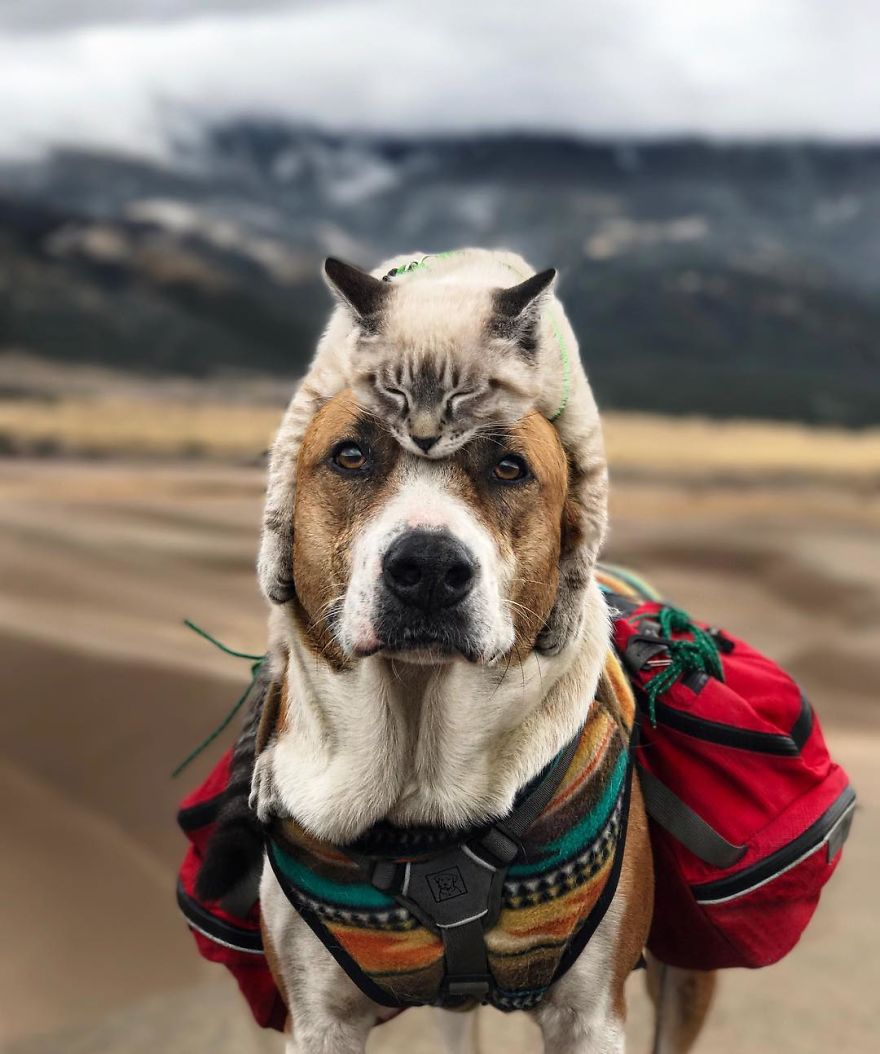 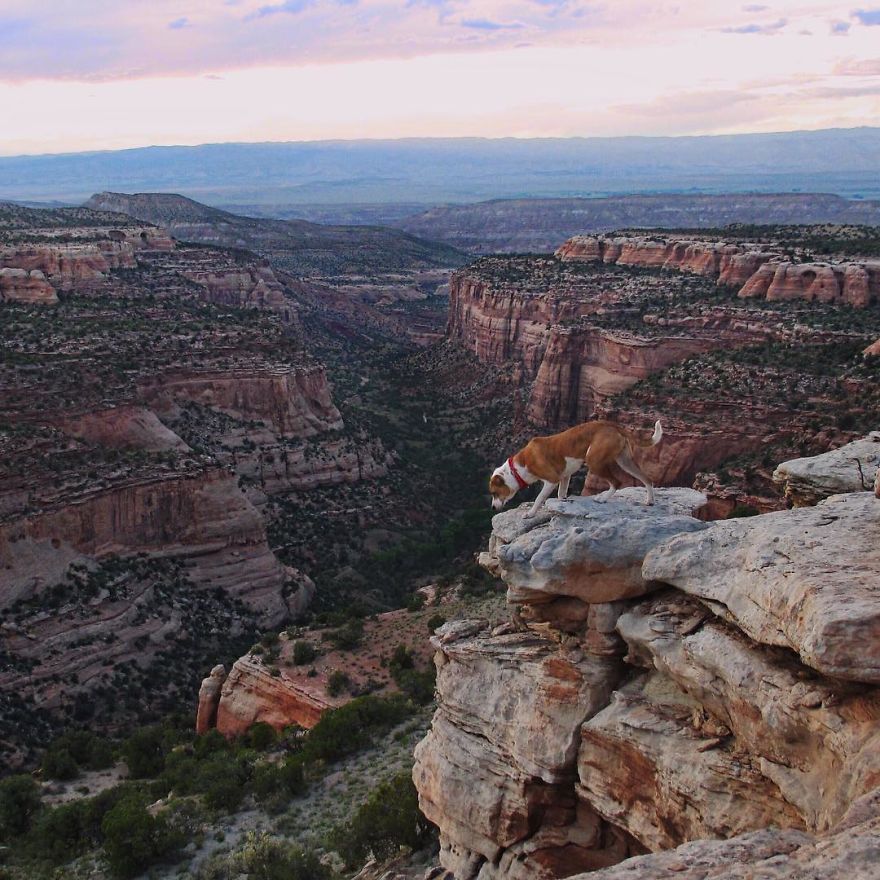 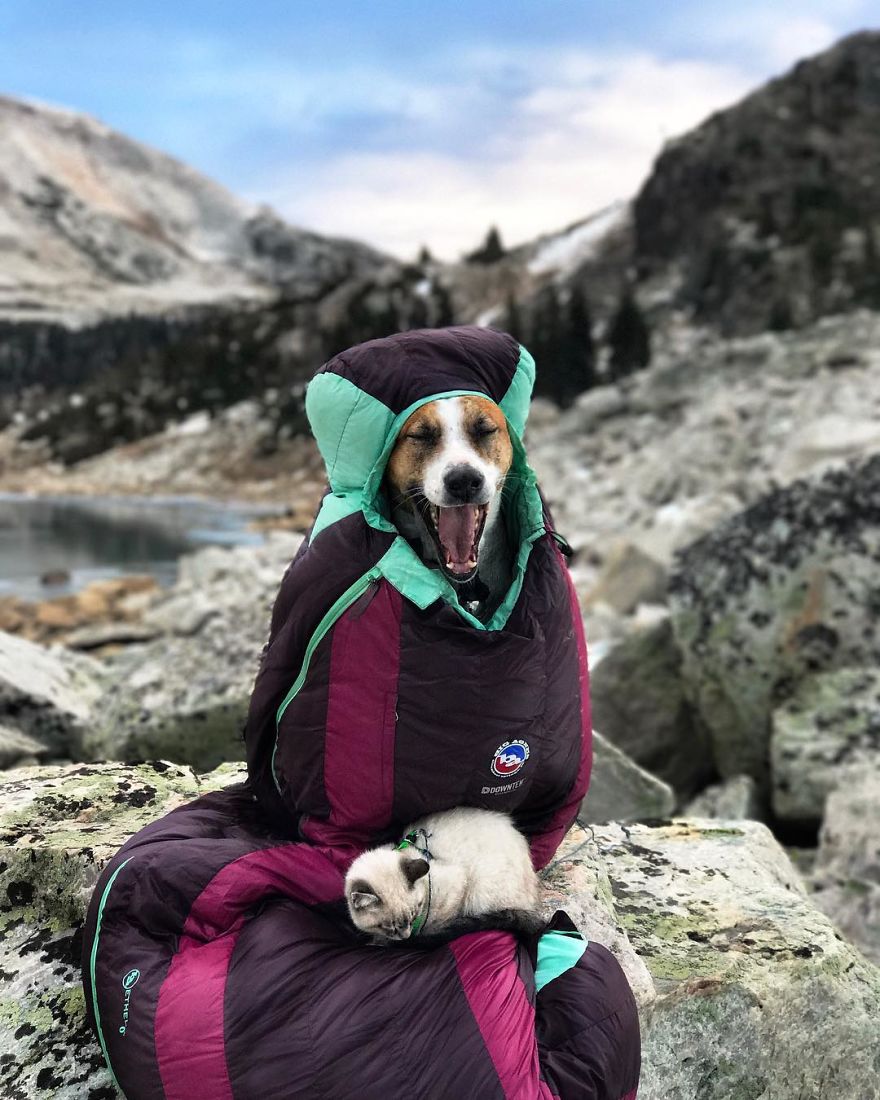 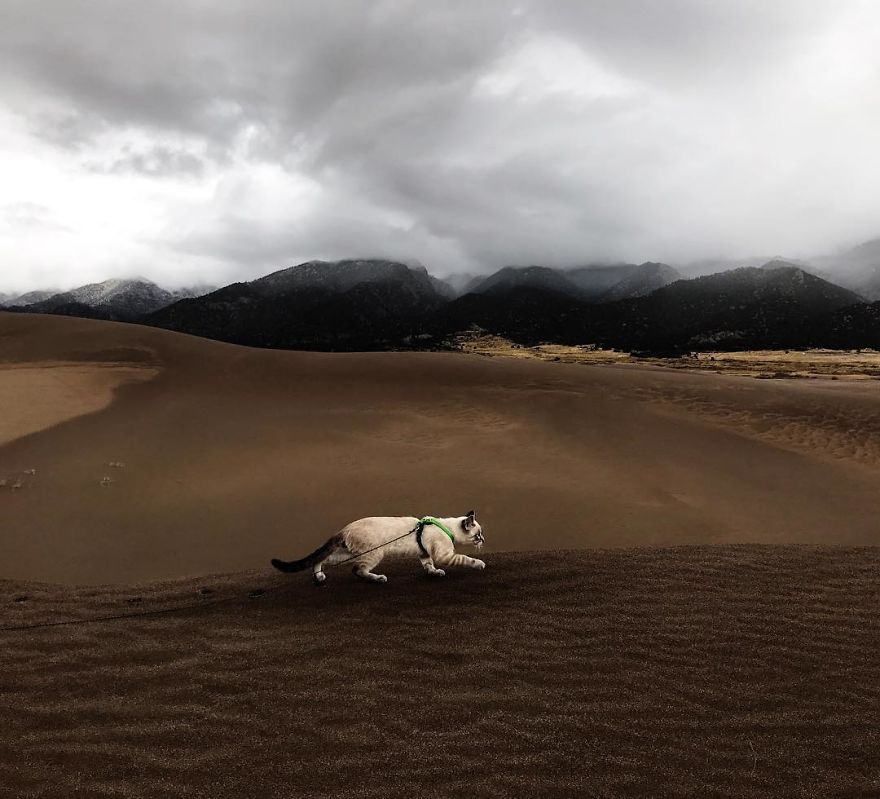 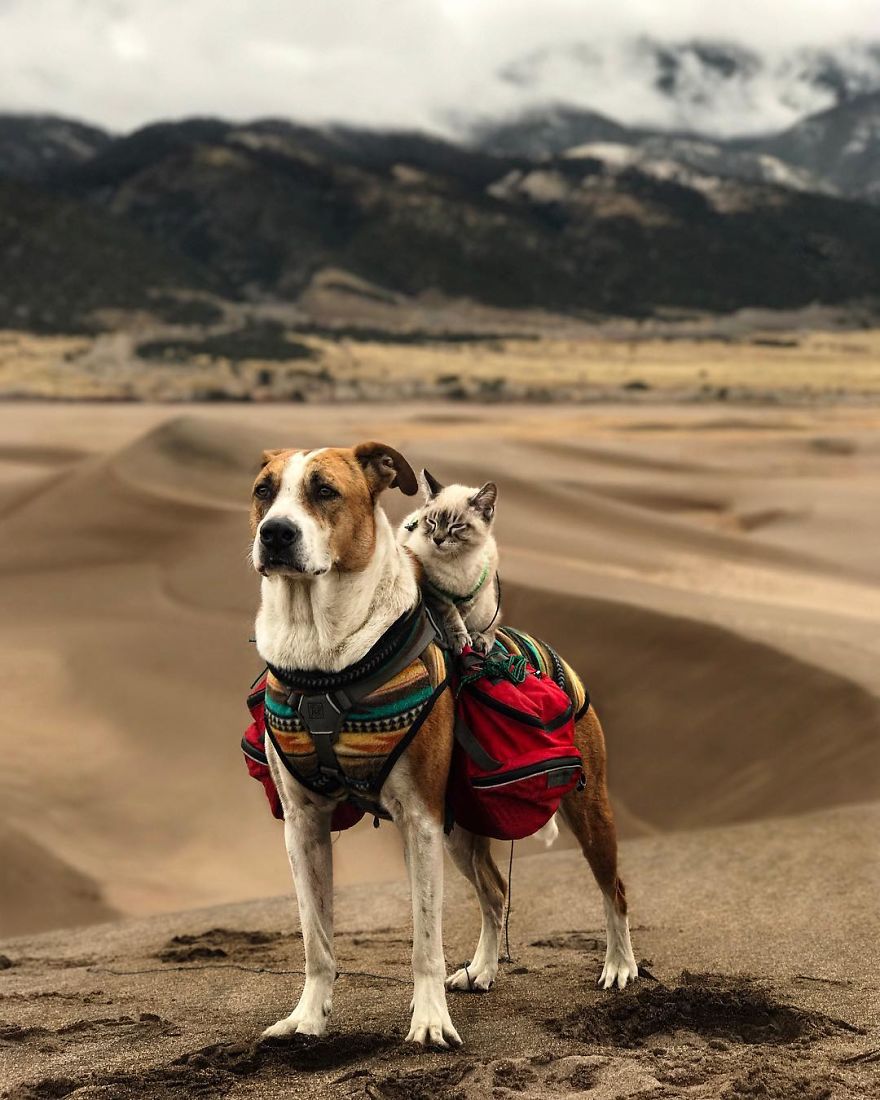 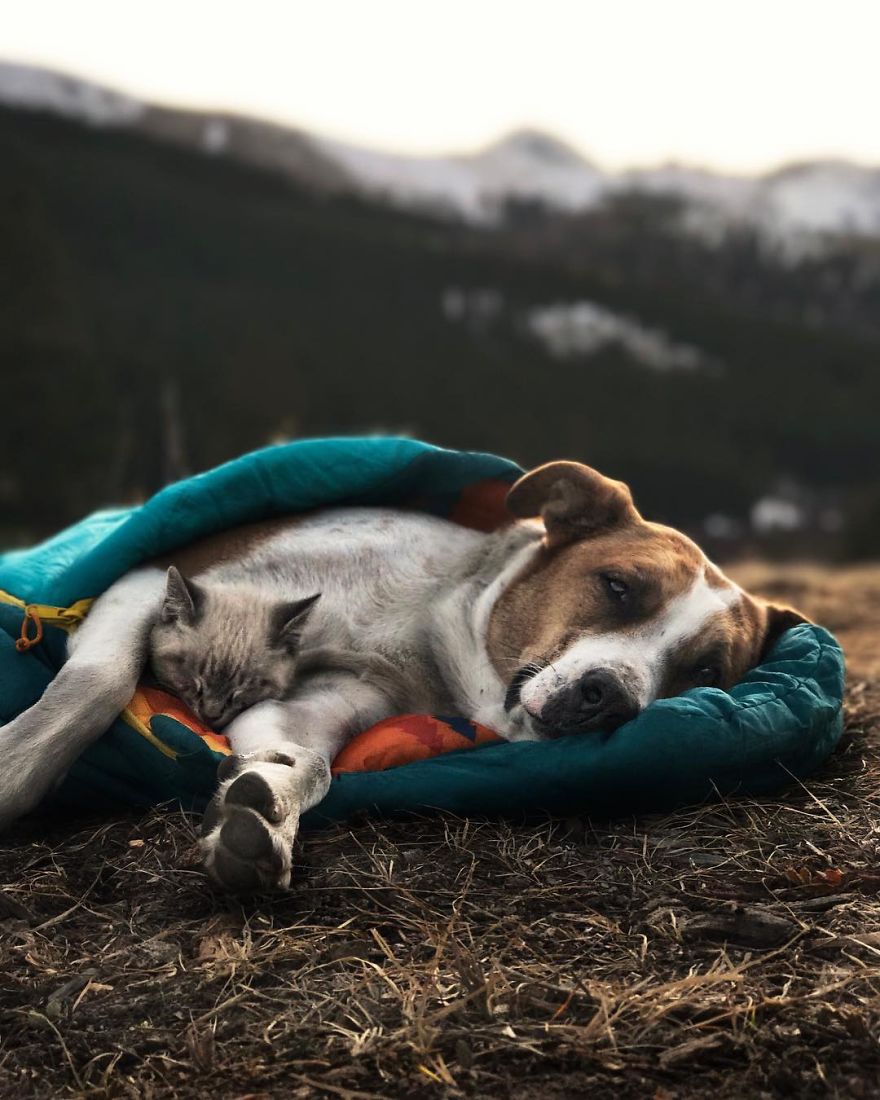 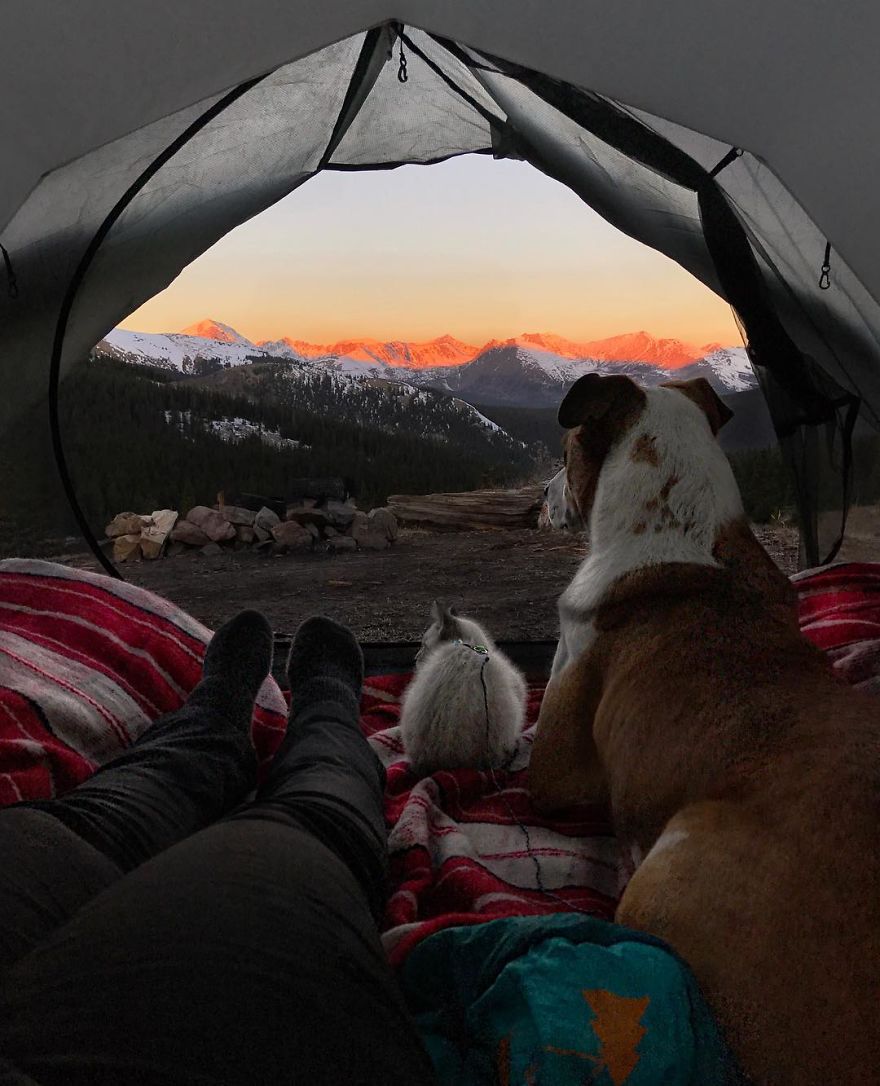 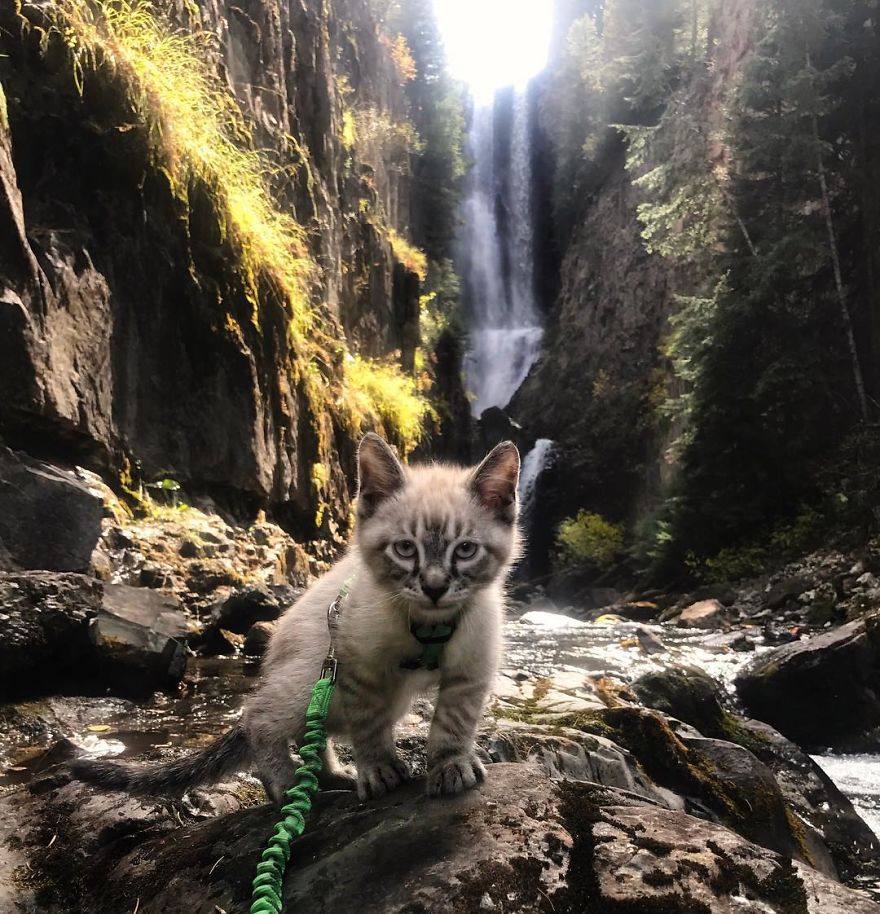 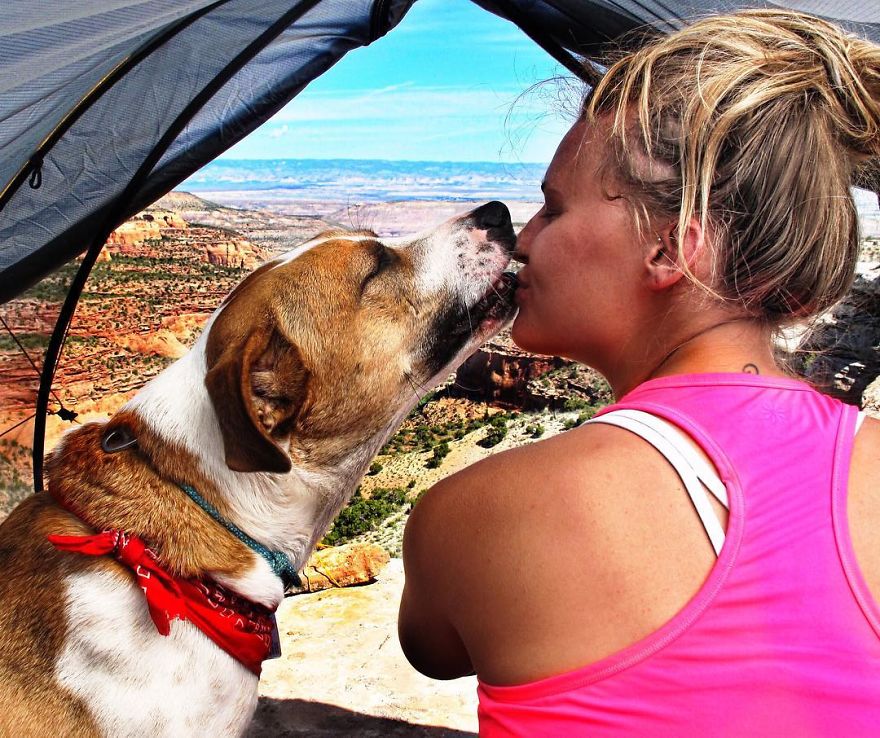 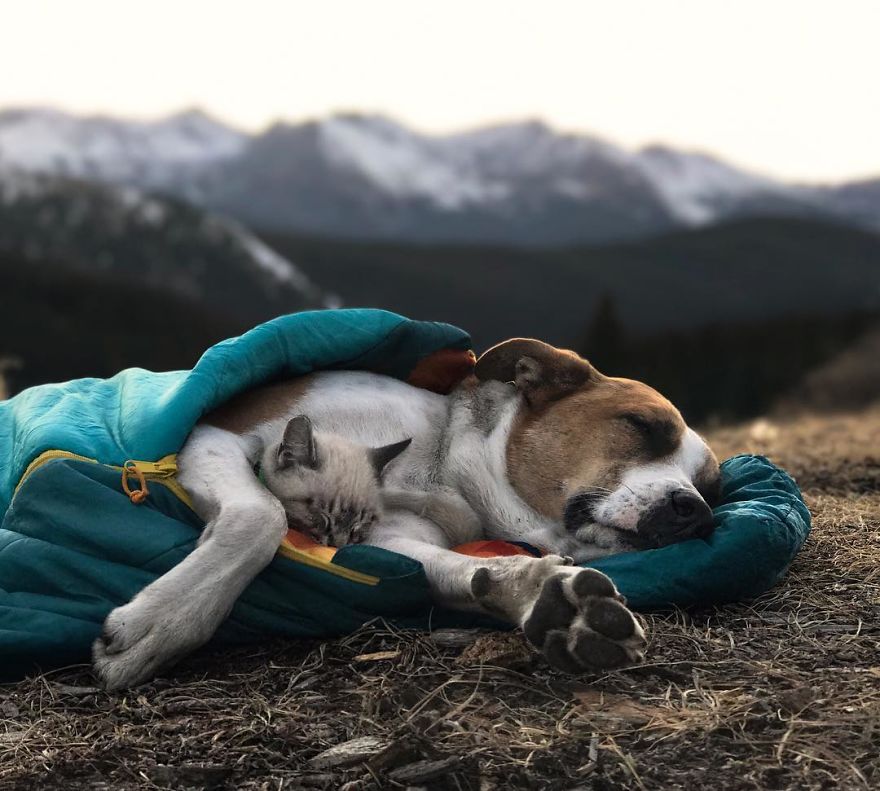 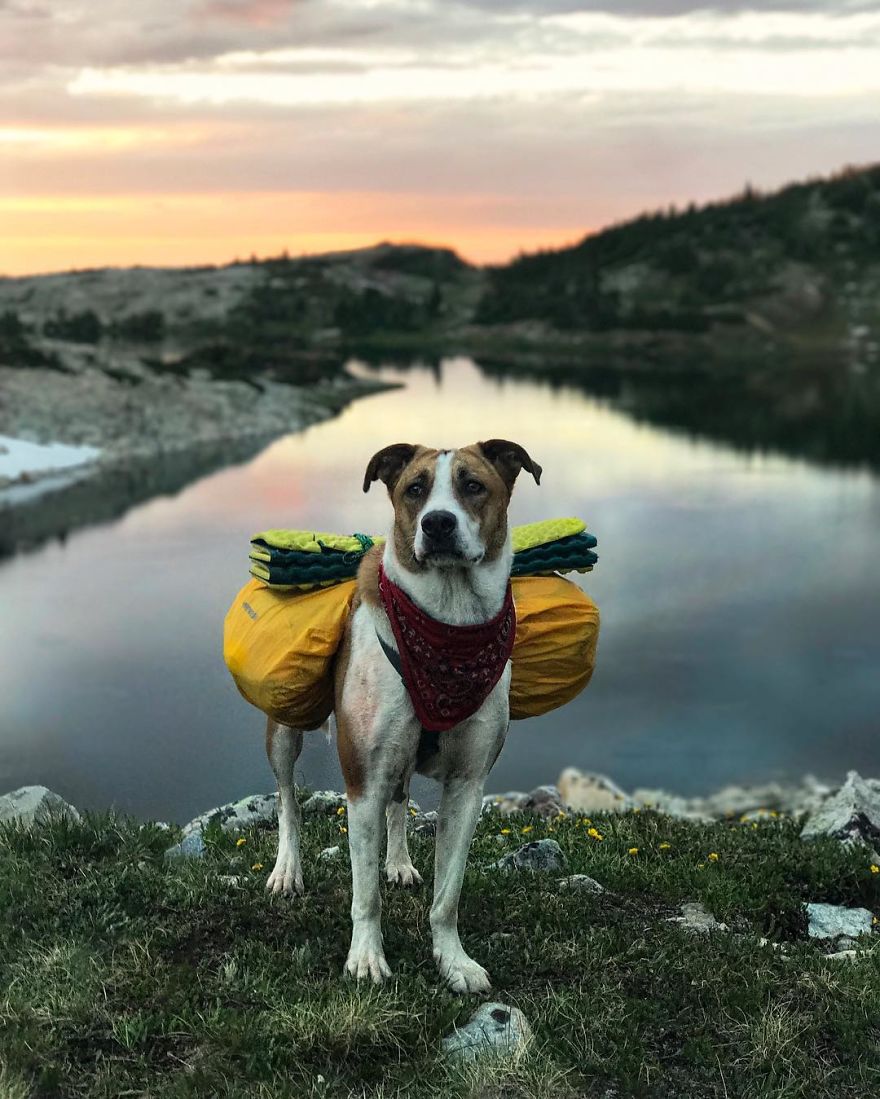 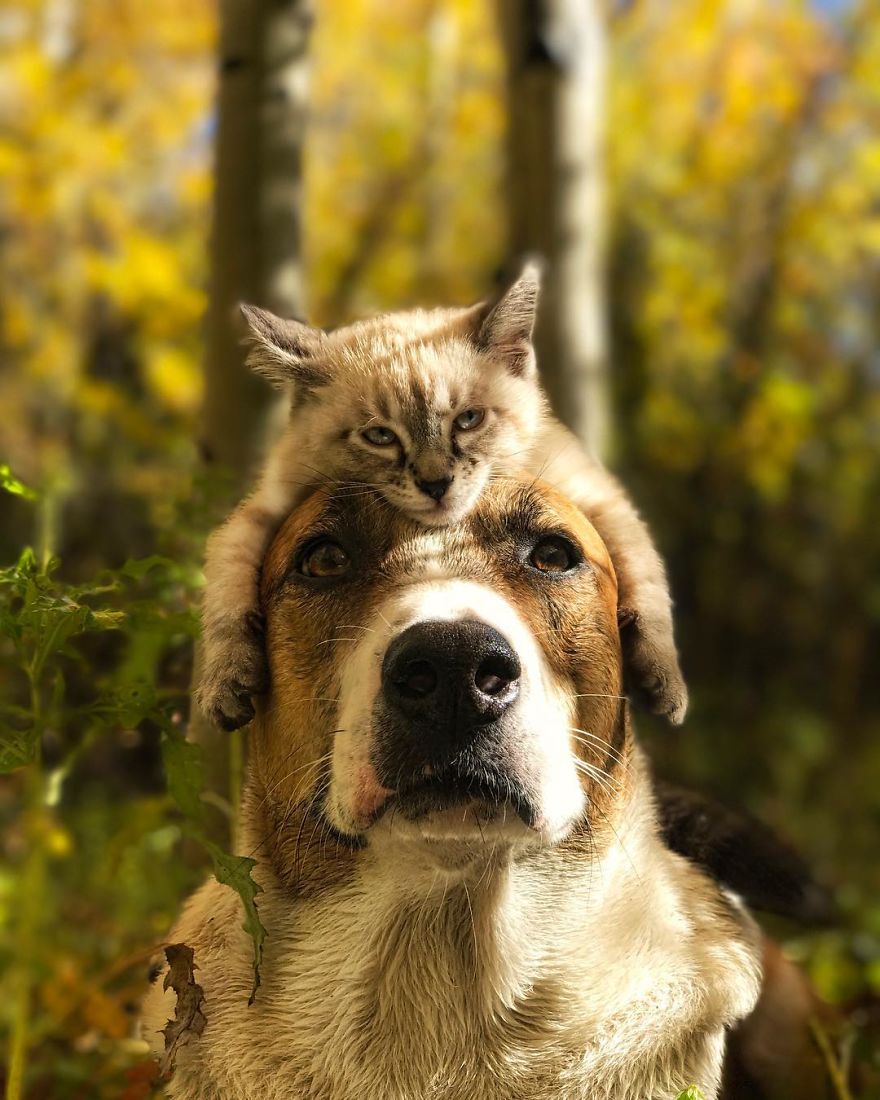 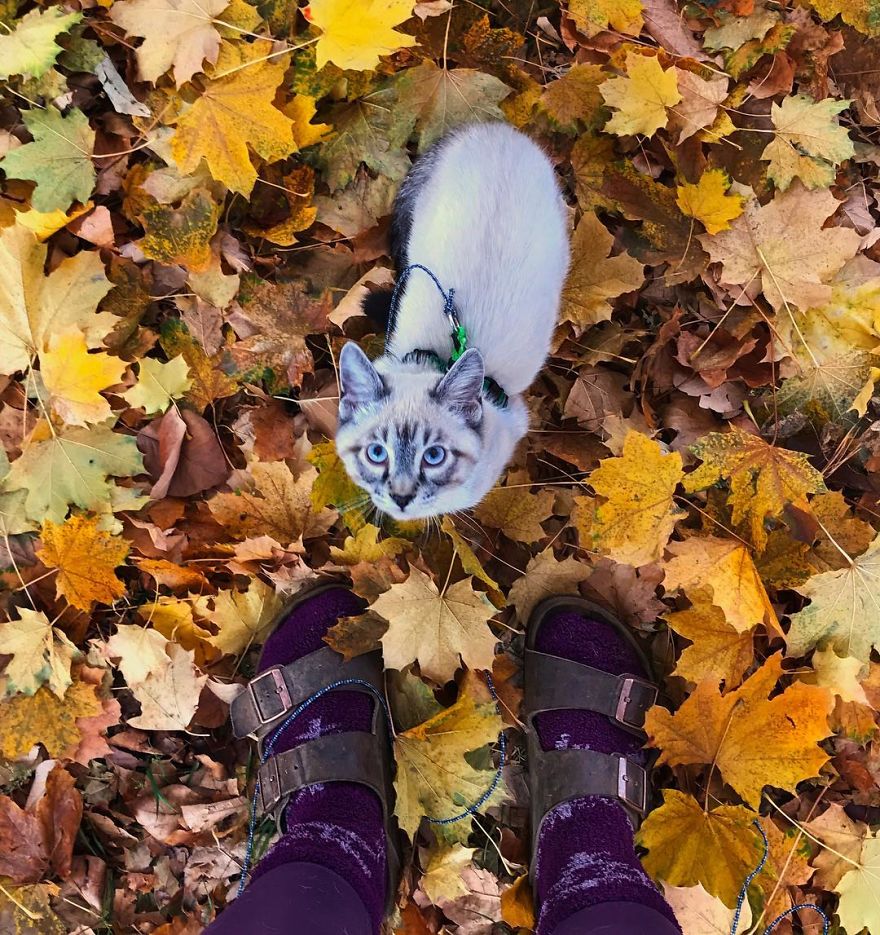 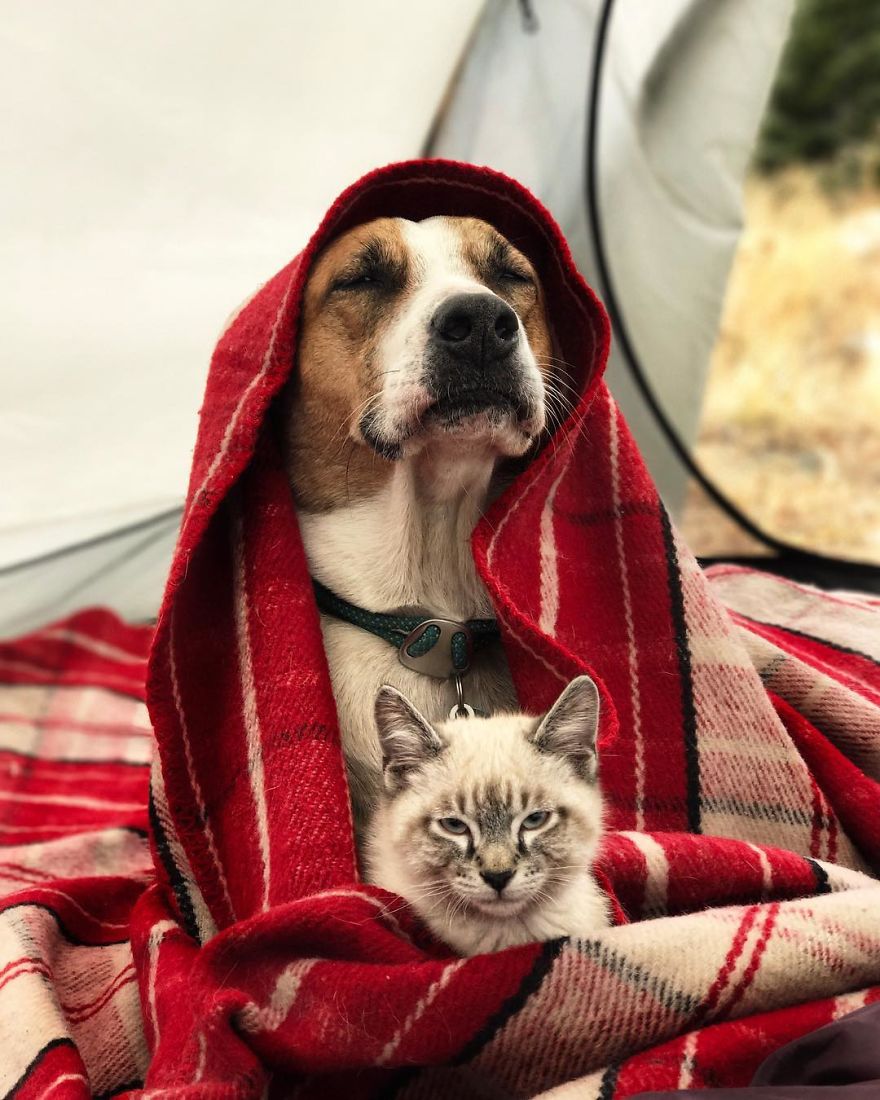 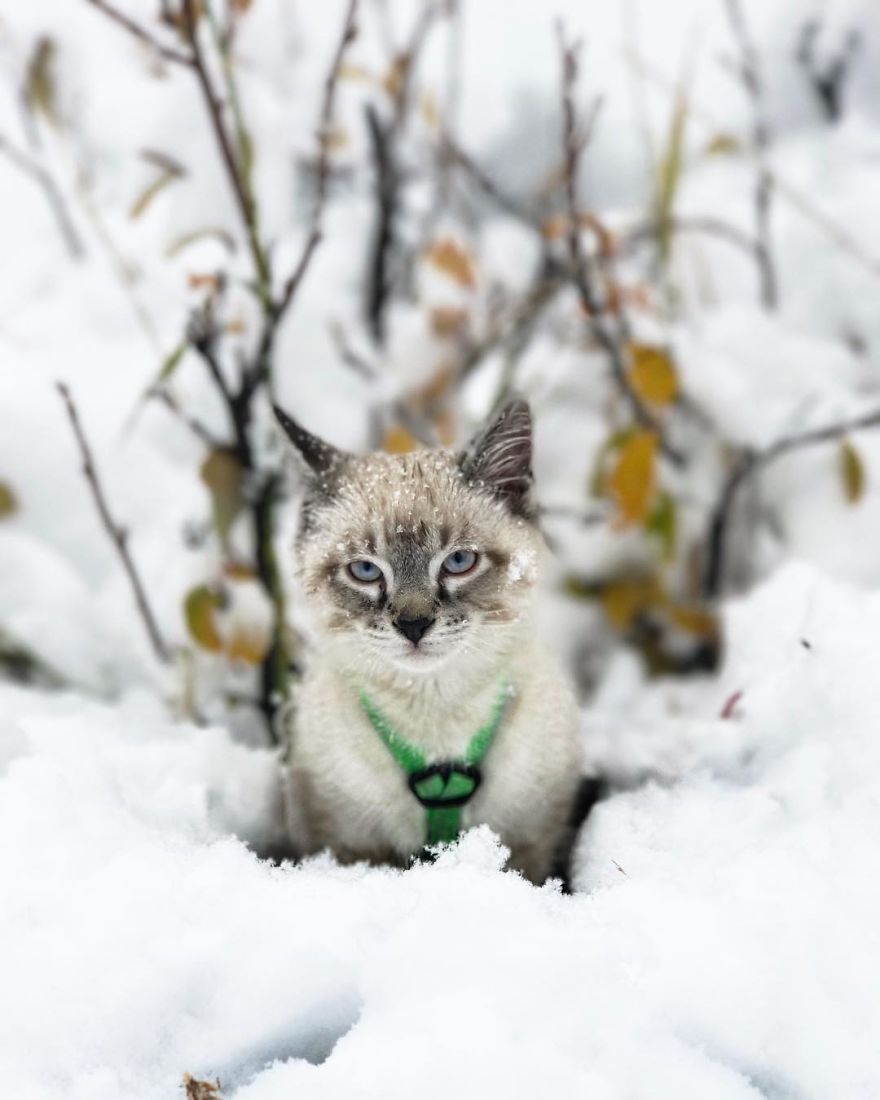 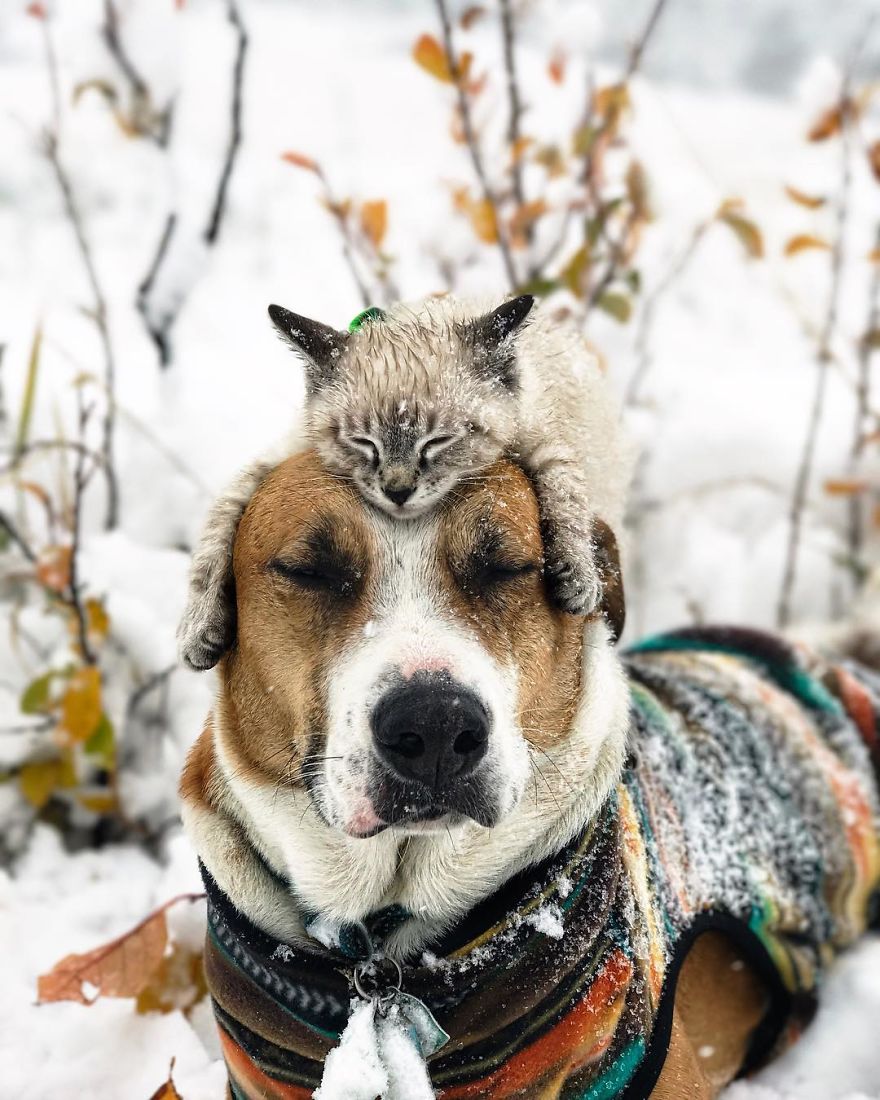