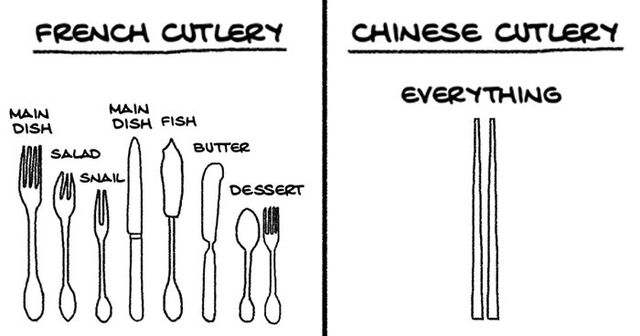 When you first leave your country you often realize how different all the cultures are, down to the smallest details. Things that are obvious to you might be completely foreign to many others, and the other way around. Artist Siyu began to understand that when she left her home country China and started working abroad, in the more Western side of the world. The unusual things she picked up on served her as an inspiration to create comics about the differences between the cultures.

“In lots of my comics, I compare Chinese culture to western culture. Through comparison, we realize how differently we act in front of the same situation and how we tend to think in a certain way instead of another. In the end, every culture is “weird” in its way, but it’s also the weirdness that makes it interesting,” claims the author of the illustrations.

With the help of the Tiny Eyes comics, the creator also wants to challenge some of the most common Chinese stereotypes and introduce some aspects of the culture that many foreigners don’t know about. Scroll down below to check your knowledge and see if you find out something new about the biggest nation in the world. 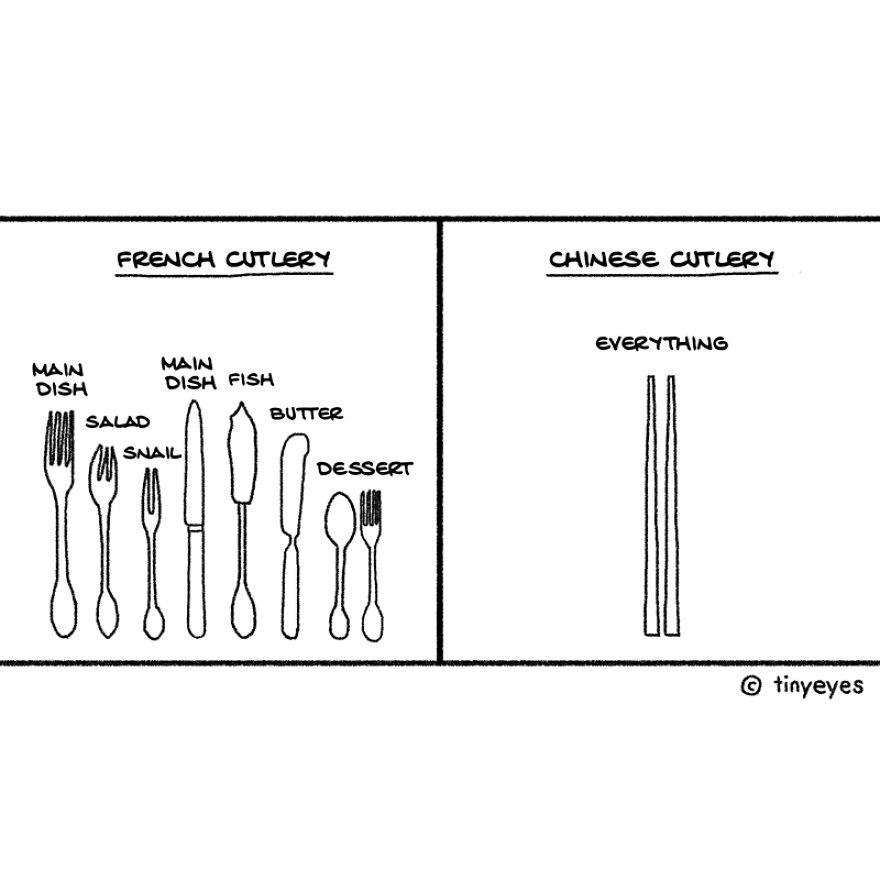 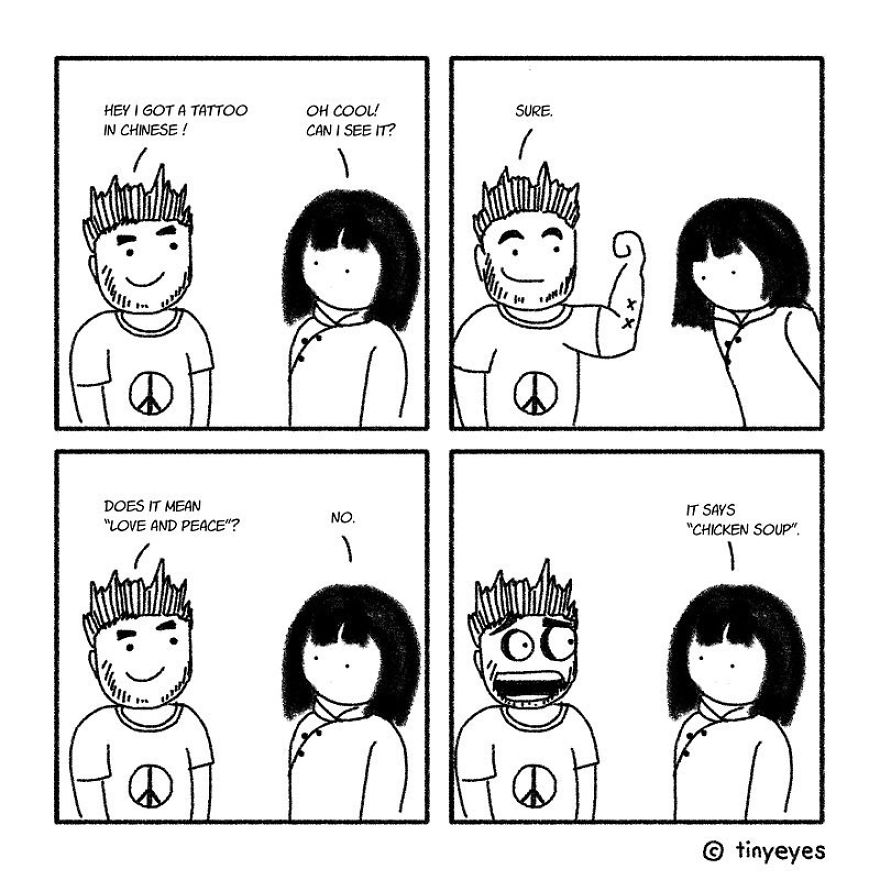 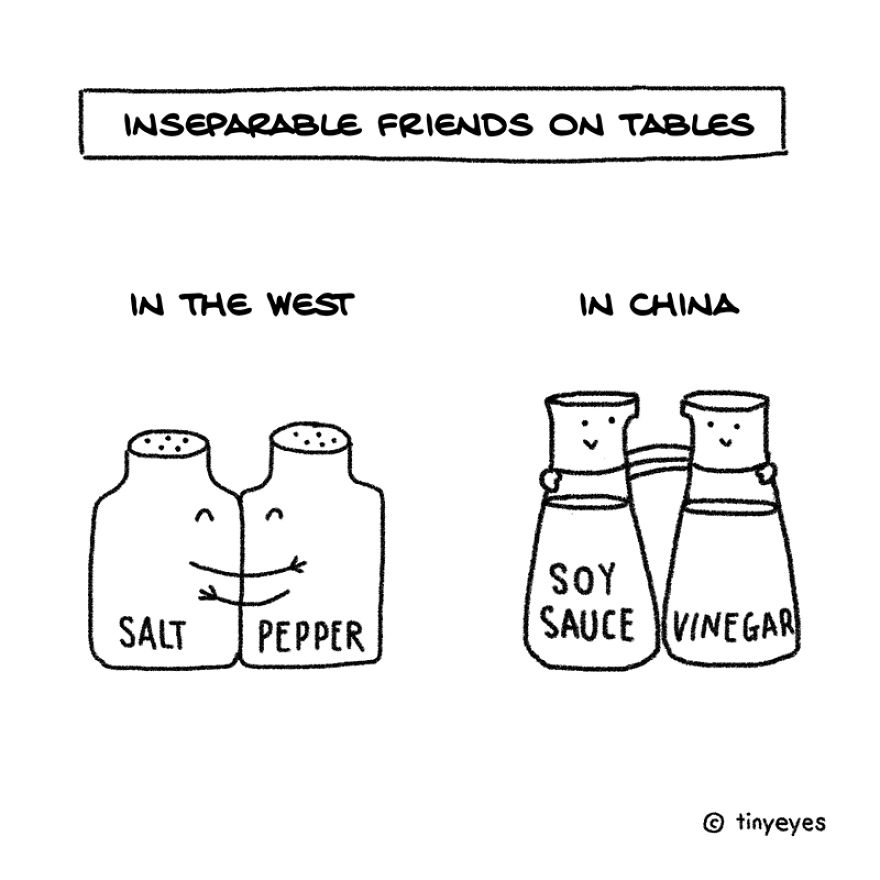 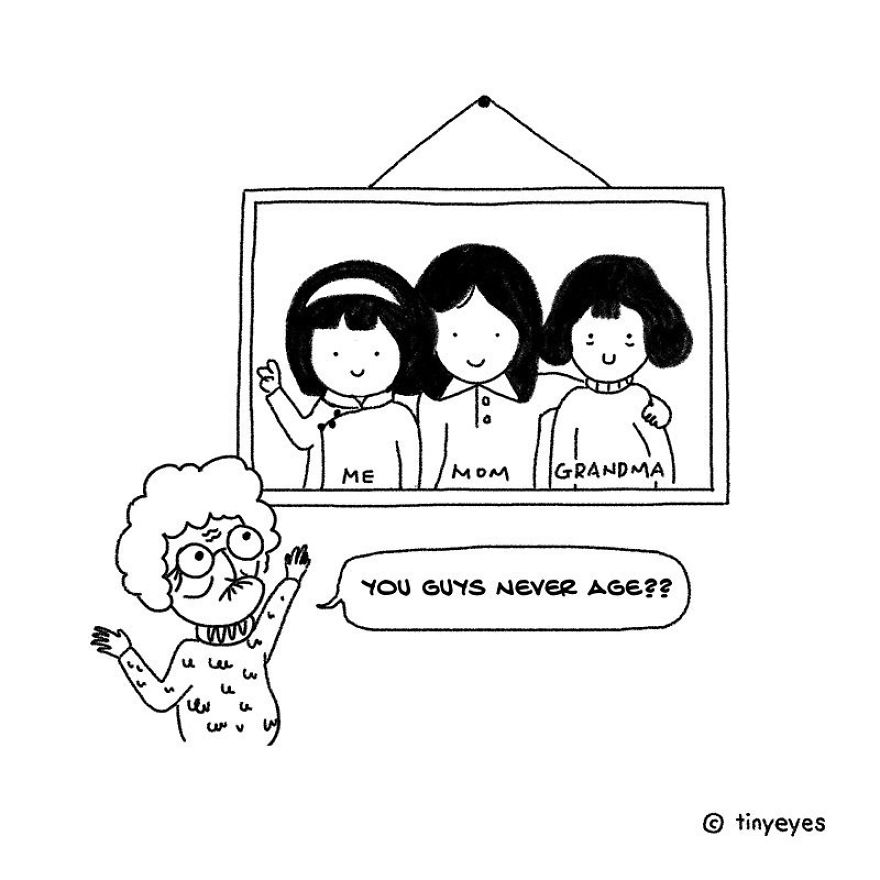 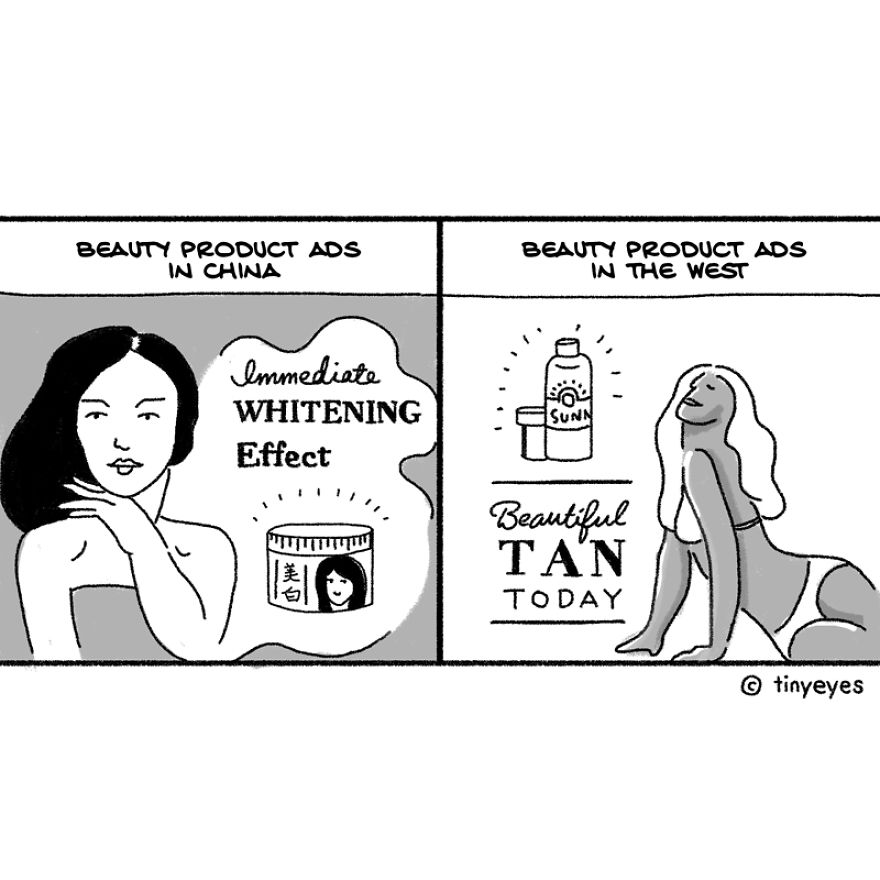 I’ve experienced student dormitories in three countries: In the U.K. I have my own private room with shared public space; In the U.S. I shared my dorm with one roommate; In China, I used to live with 5 girls in the same room. This lack of privacy must be shocking for some of you, but in a country with 1.3 billion population, space is always a problem. While there are many inconvenience not having enough private space, on the bright side, sharing a room with someone also makes you learn quite a deal about communication, responsibilities and tolerance. 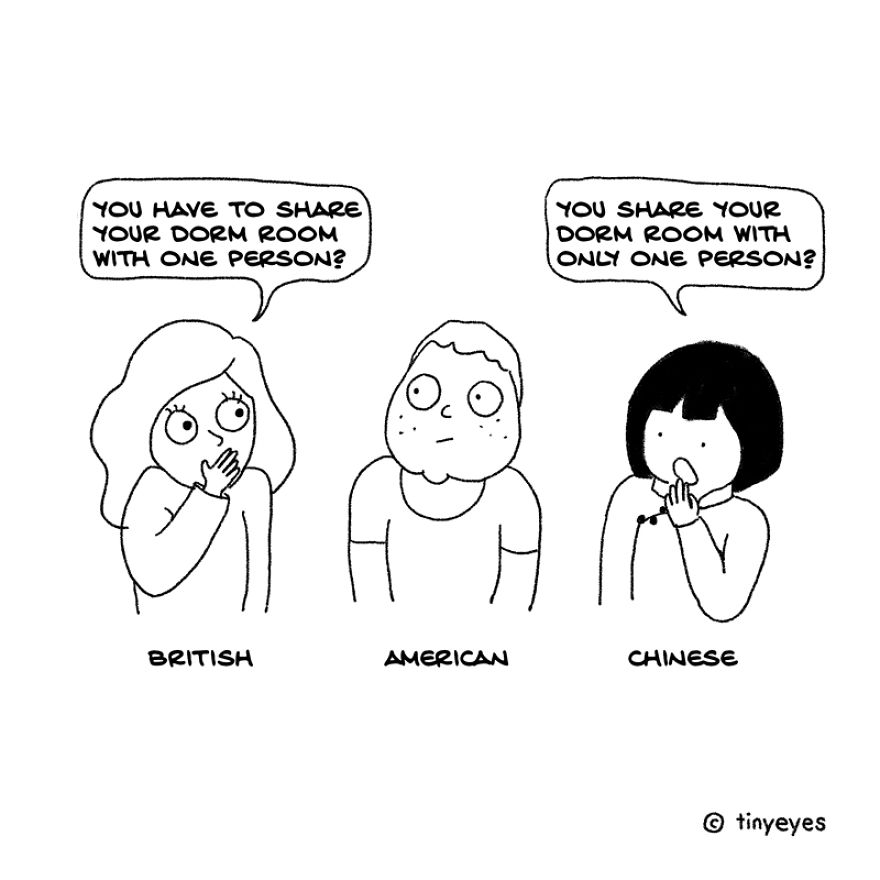 Maybe you have heard that Chinese eat cats. A few horrible people in some obscure places maybe, but the majority, NO!! 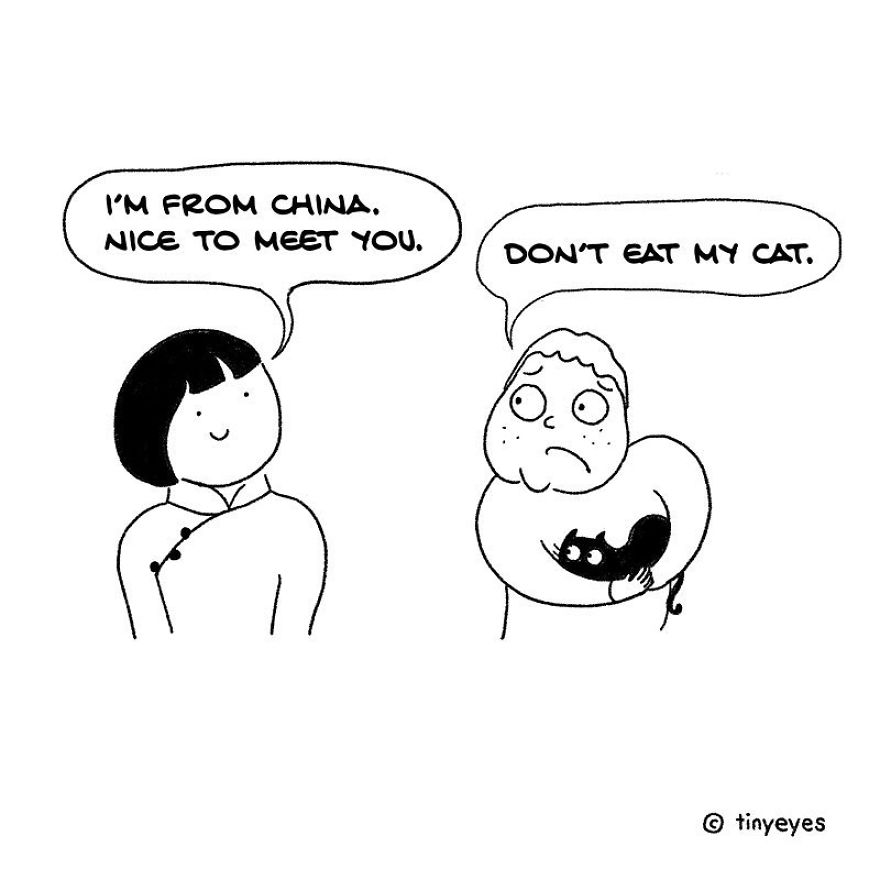 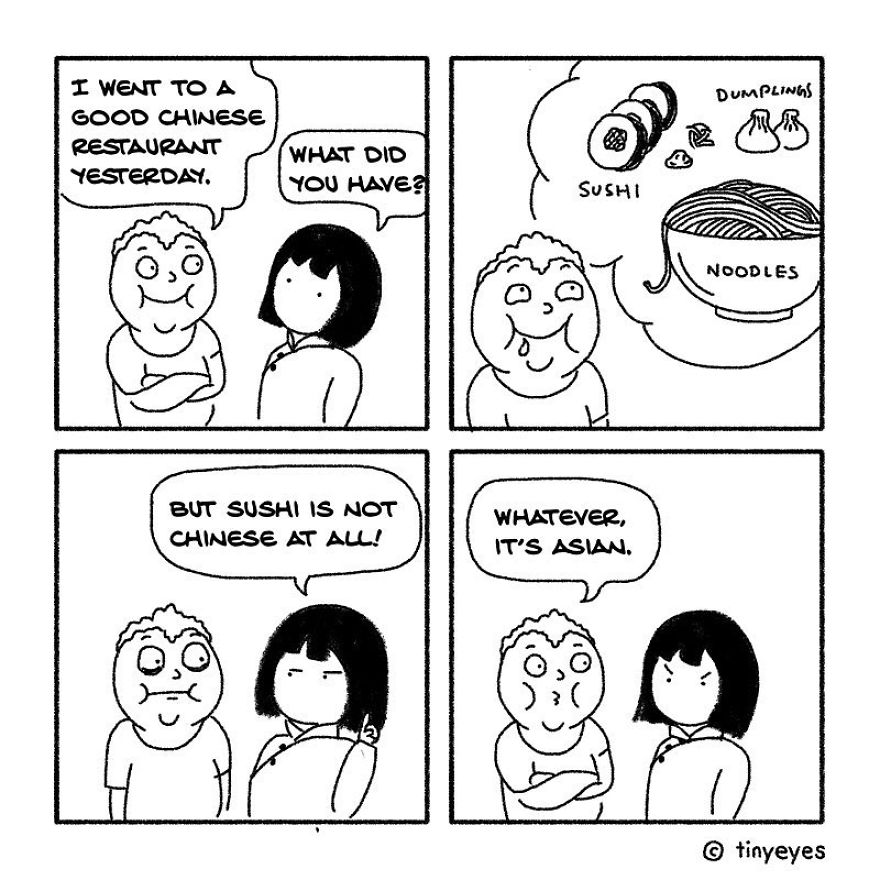 In China, people don’t say anything after someone sneezes. 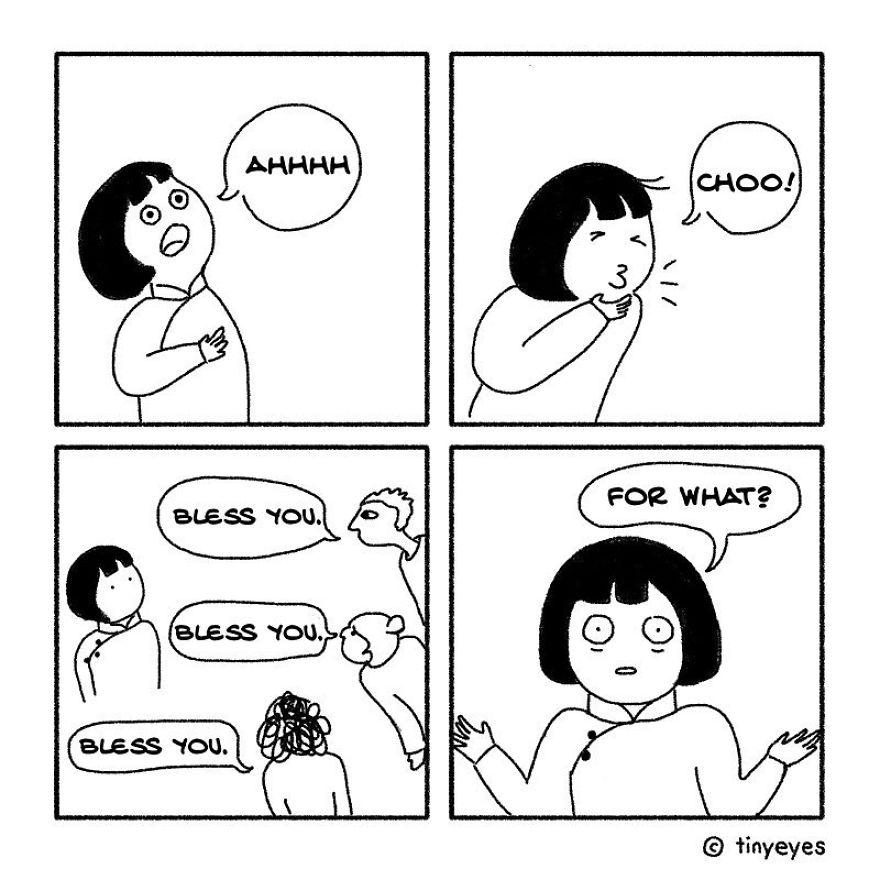 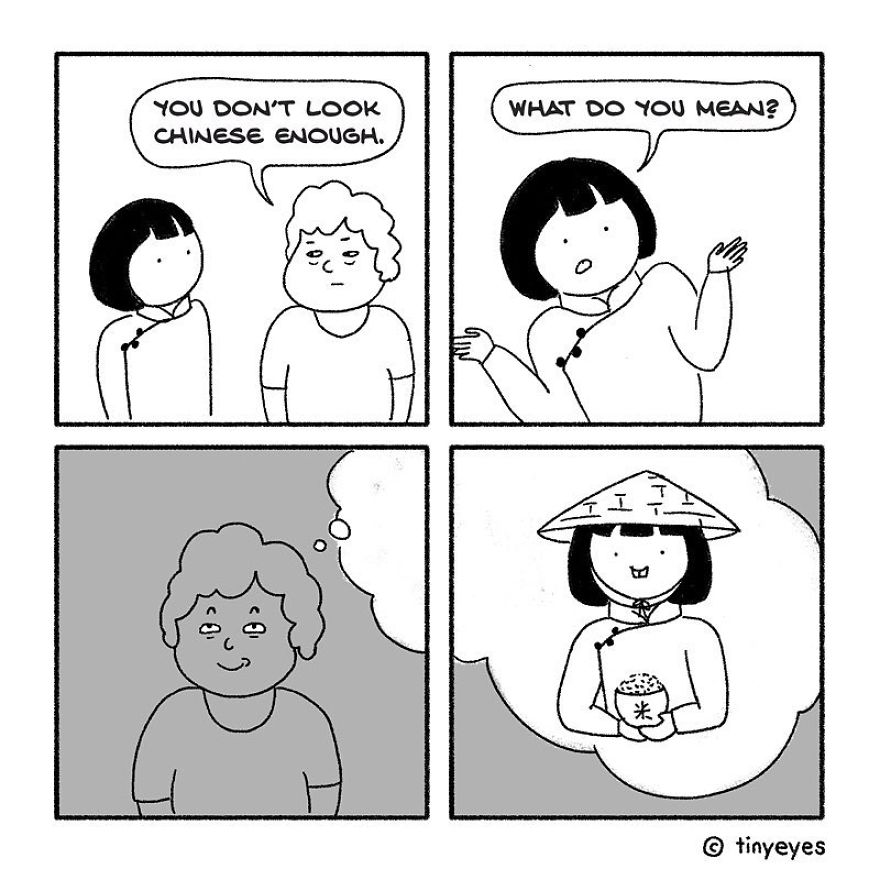 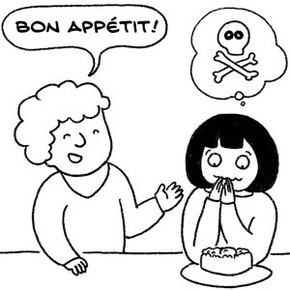 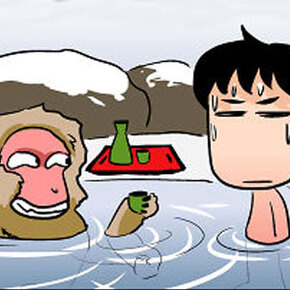 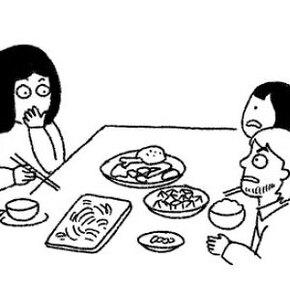 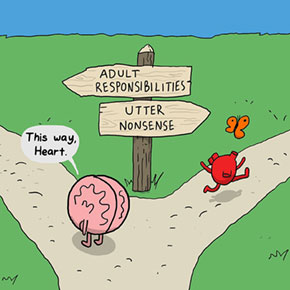 Heart Vs. Brain: Funny Webcomic Shows Conflict Between Our Emotions And Our Intellects 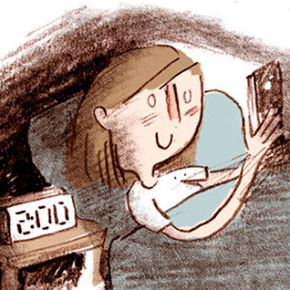 10 Comics Showing That You Never Really Become An Adult