20 Unbelievable Photos Of Pollution In China

Progress and a growing economy can have their own drawbacks. In China, the uncontrolled rate of growth has turned the country into an environmental nightmare, leading to shocking images like these.

For one, air pollution in parts of China can be 20 times worse than the recommended safe norm. It‘s a hard problem to avoid – China’s growing economy and urbanization needs energy, and that energy comes from coal, one of the biggest sources of air pollution. Some are likening it to a nuclear winter.

Algal blooms fueled by inorganic compounds choke China’s lakes and waterways. In other places, chemicals turn the water blood red. And to top it all off, China‘s booming economy and industrialization means more urbanization and a bigger middle class – and those two things can produce stupendous amount of trash to clog the waterways as well. 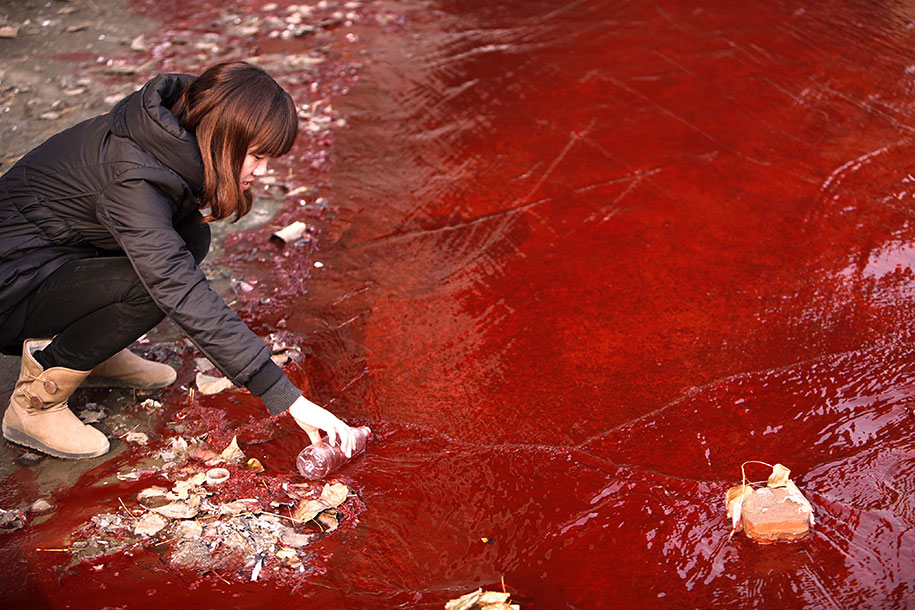 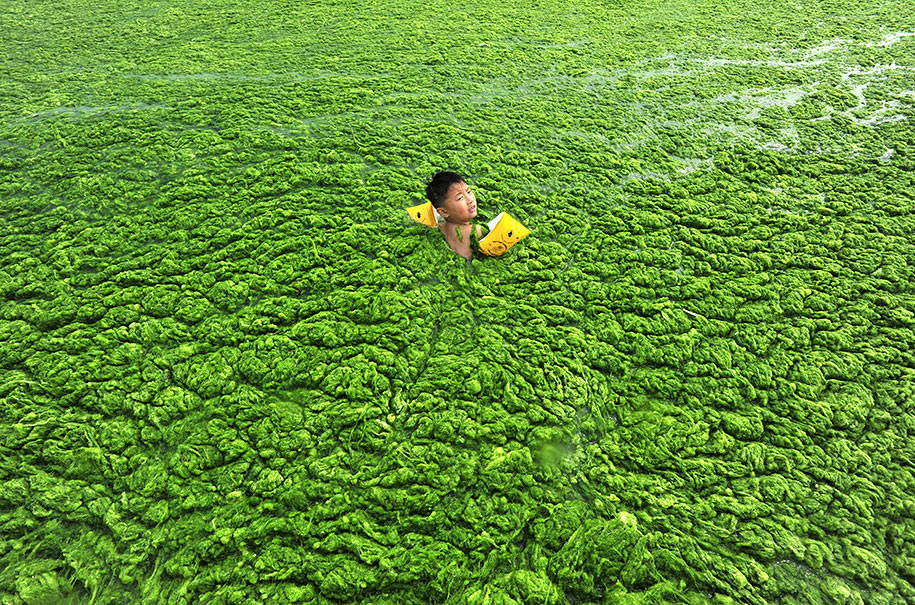 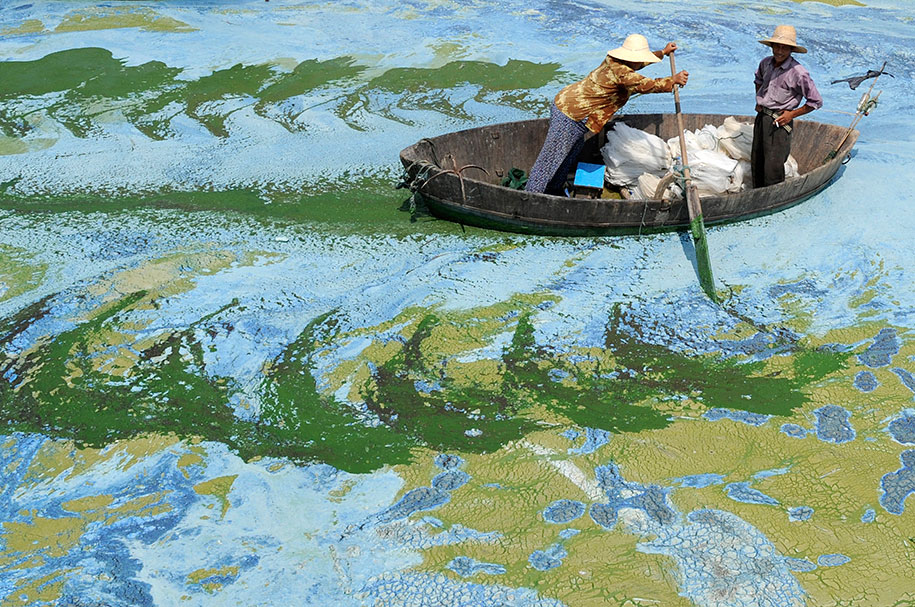 Labourer Tries To Clean Up Oil From Water, Dalian, Liaoning 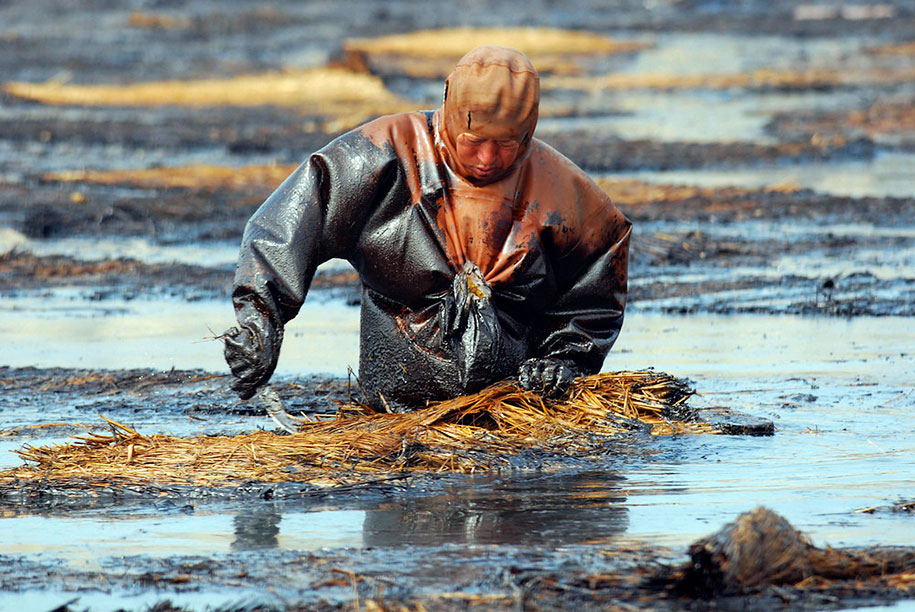 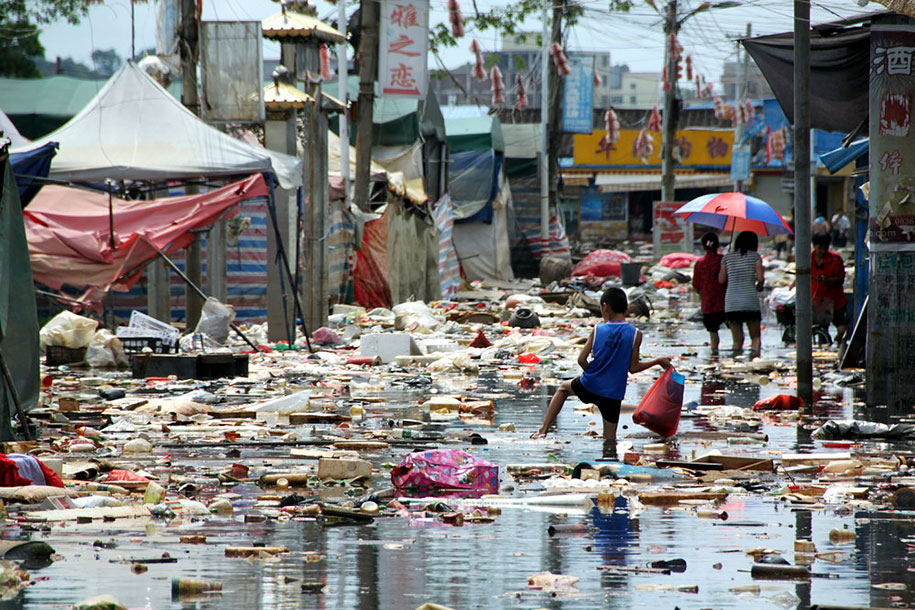 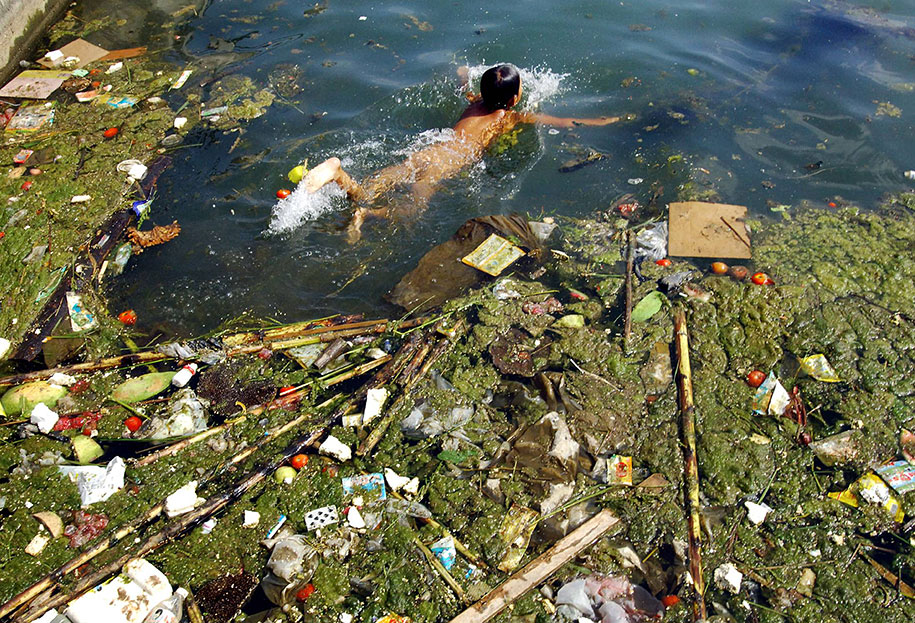 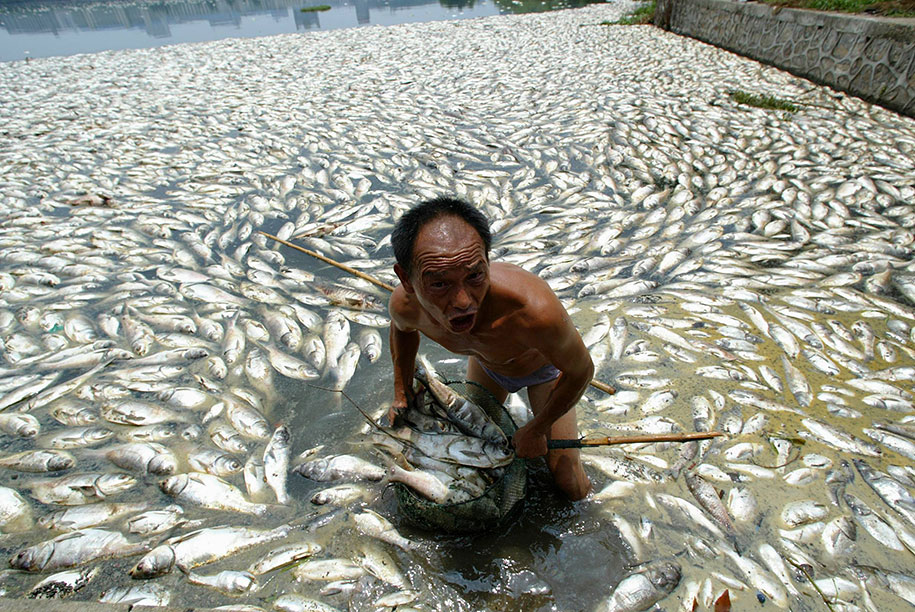 Girl Walks Through Smog In Beijing, Where Small-Particle Pollution Is 40 Times Higher Than International Safety Standards 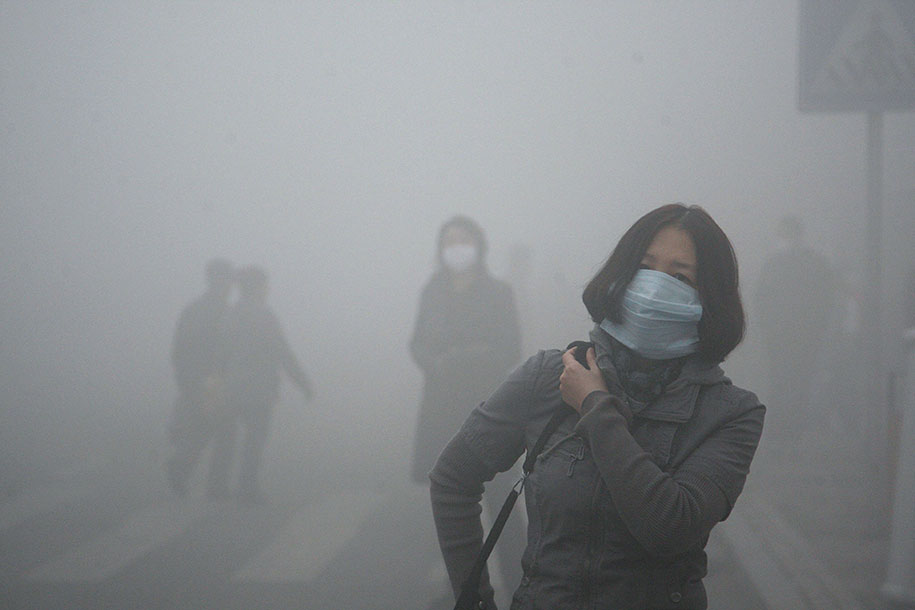 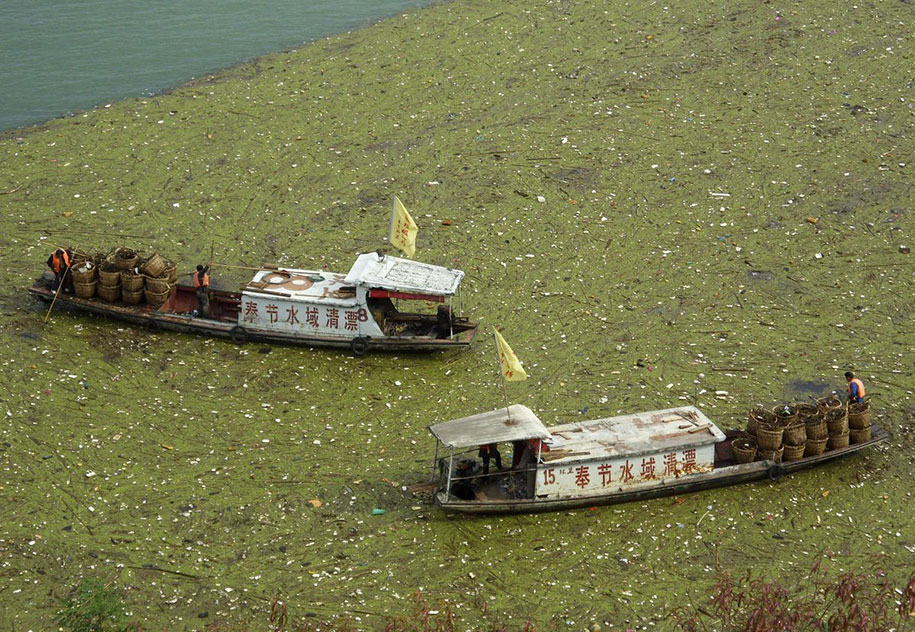 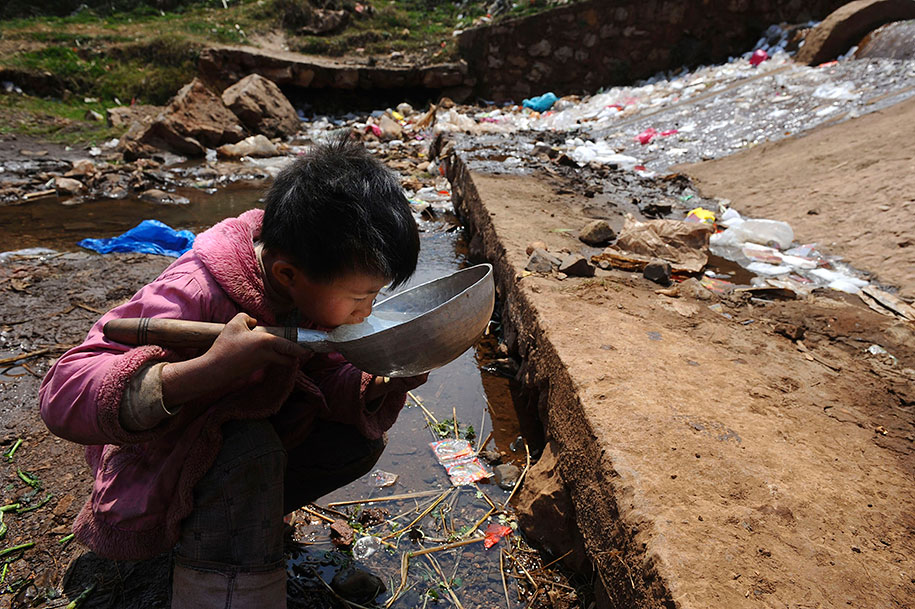 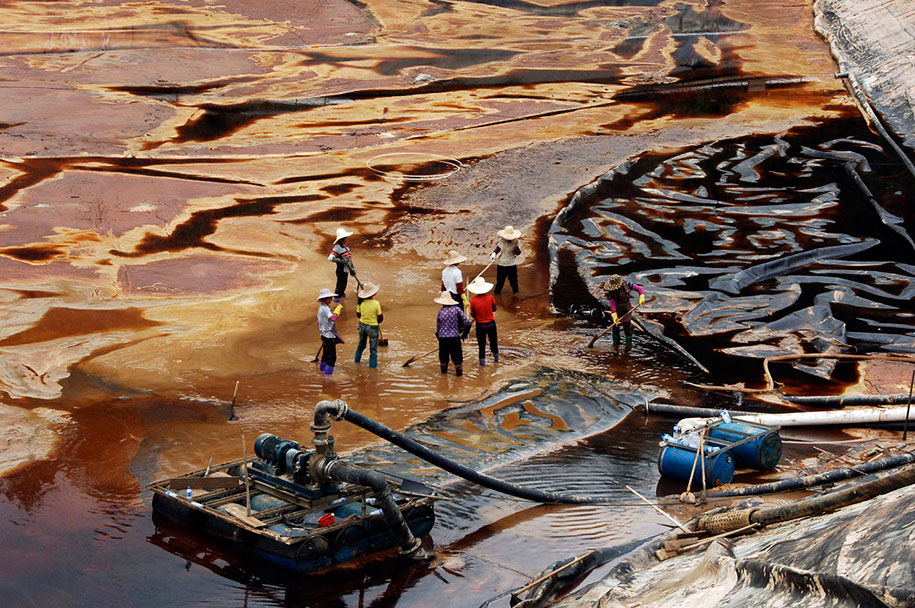 Pollution From A Factory In Yutian, 100km East Of Beijing 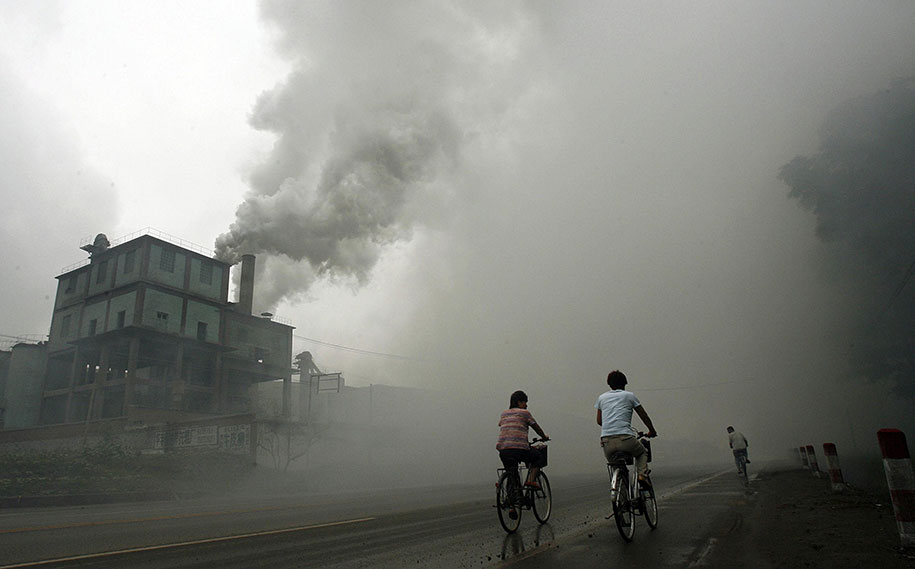 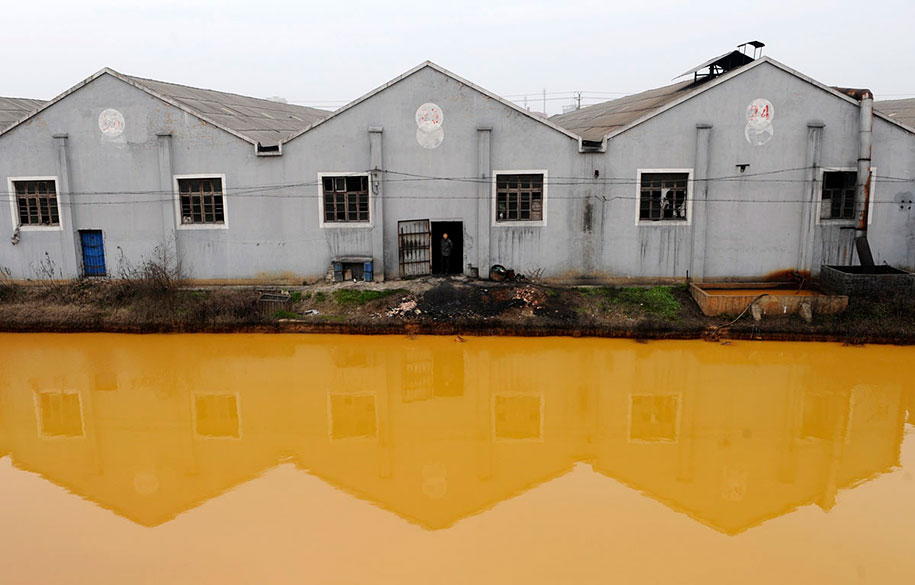 Buildings In Beijing Surrounded By Smog 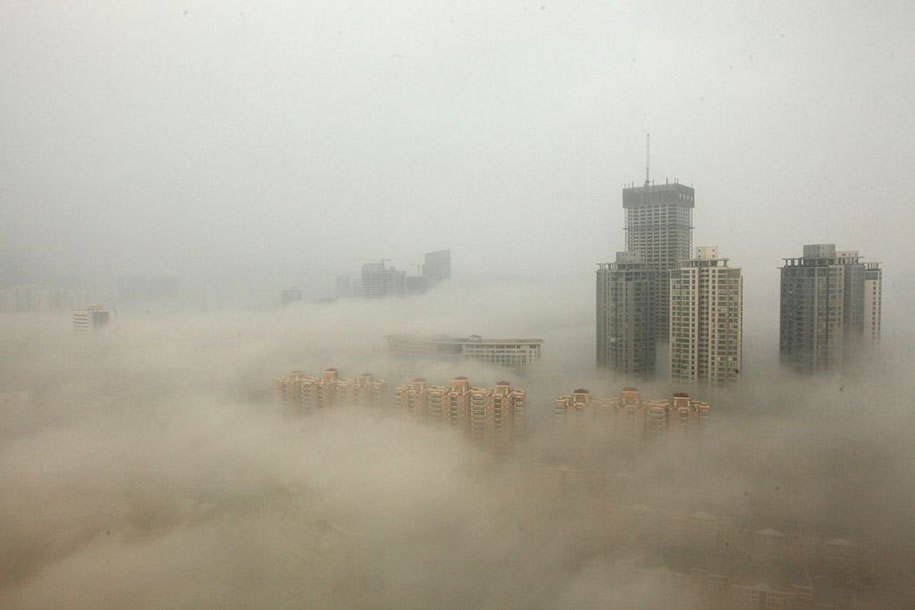 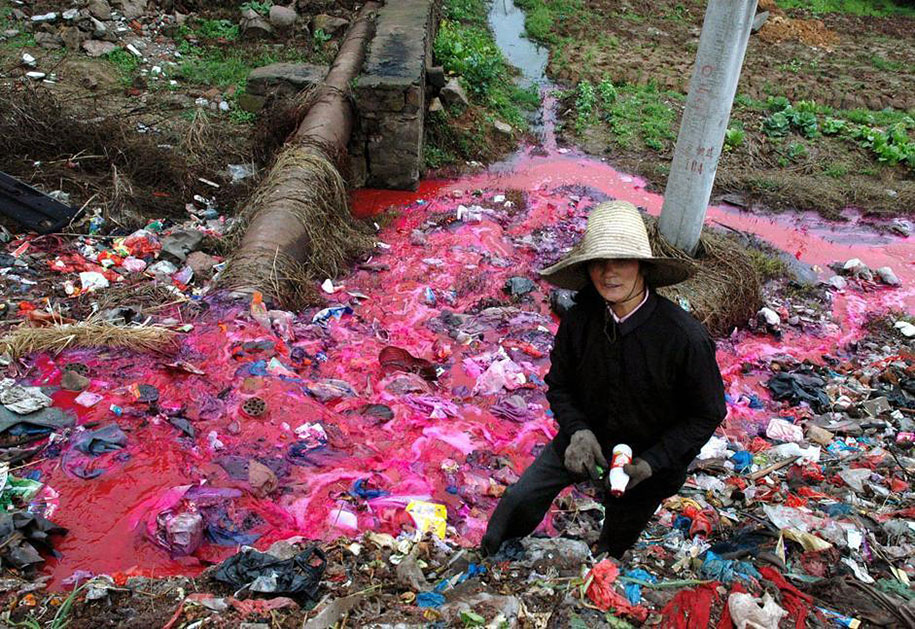 Woman Walks On A Bridge Over A Polluted River, Wenzhou, Zhejiang Province 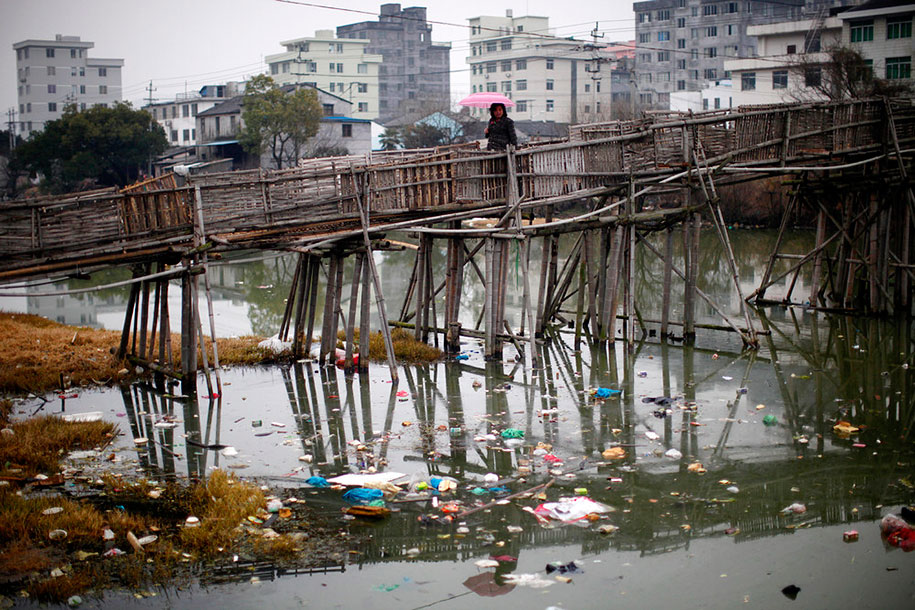 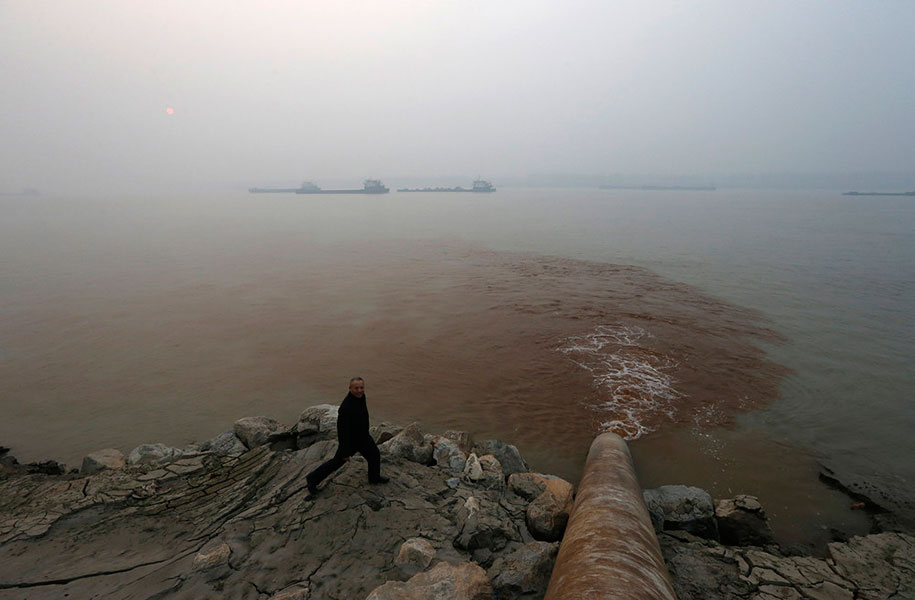 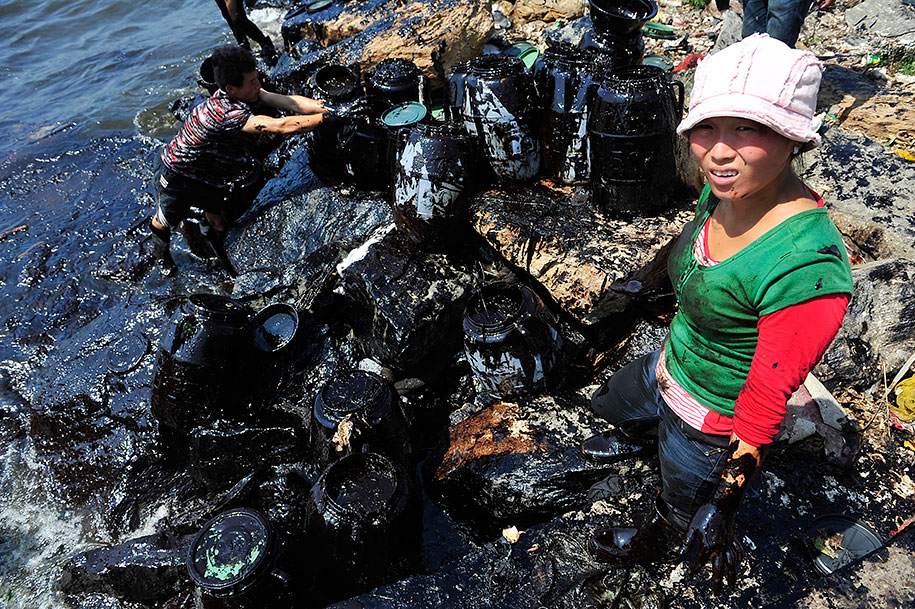 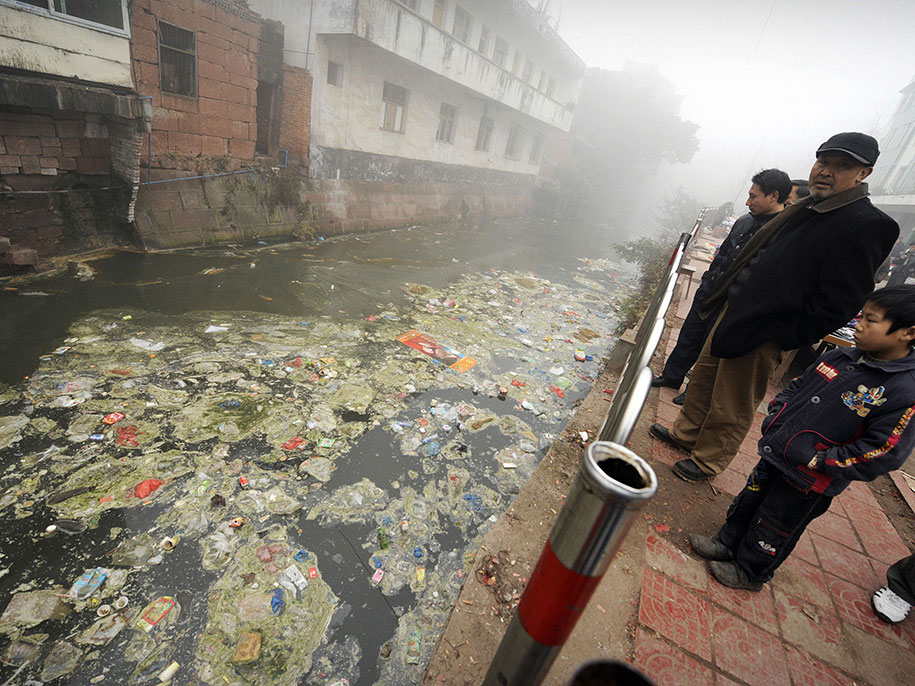 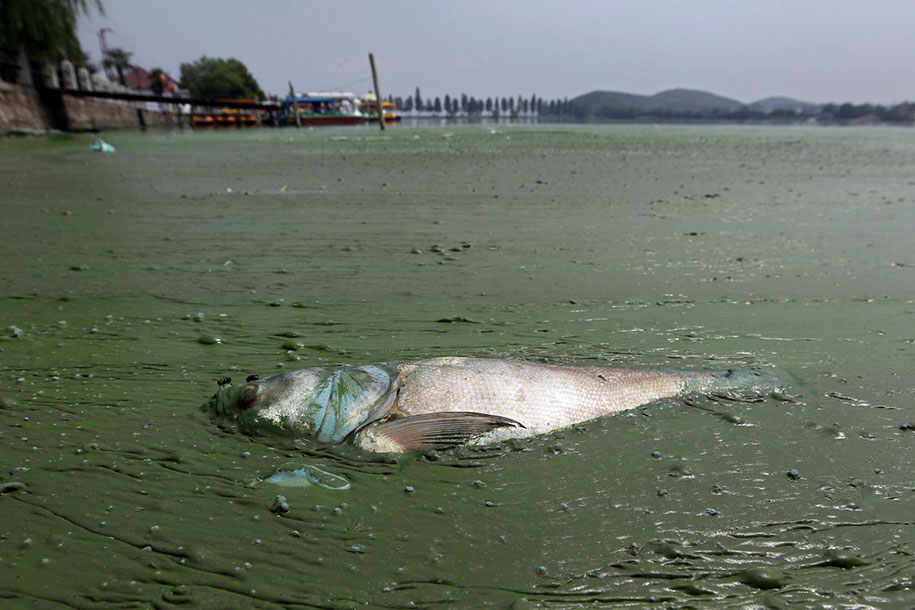 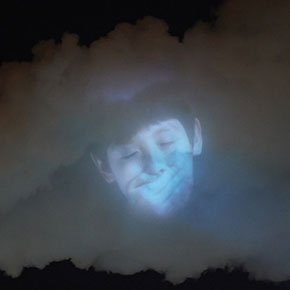 I Am The Ad!
Nature, Photography, Social Issues 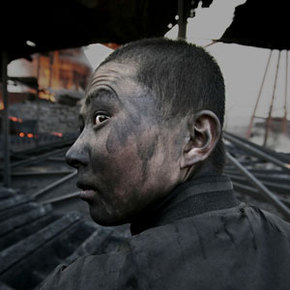 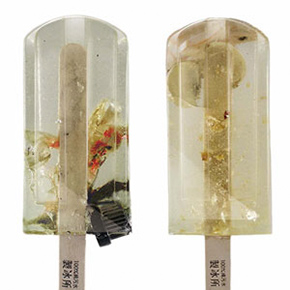 Popsicles Made Of 100 Polluted Water Sources Reveal An Alarming Truth 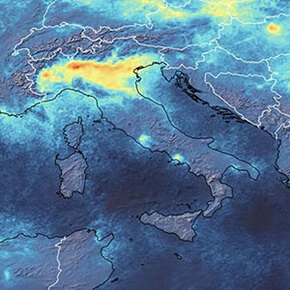