Every Year, This Dad Makes A Tattoo Out Of His Son’s Doodles

Most five-year-olds’ drawings go up on fridges and that’s that. However, Keith Anderson takes his son Kai’s drawings personally… by tattooing them on his own skin. This is an interesting way to commemorate one’s child’s early artistic efforts, but Keith seems to be very confident about his choice.

“The first one was the daisy- I had it tattooed when he was in kindergarten. Then we went back and did his name and the house from when he was 4,” Keith told photographer Chance Faulkner. He tattooed a picture a year on his arm – except for year 9, because Kai wanted to do some adjustments. The tattoos were done by three different artists, and little Kai even helped one of them, too (hopefully, he had gotten better at drawing within the lines).

“We will keep going until he doesn’t want to do it anymore. At this pace he is still very excited about it, so we’ll keep going.” But what happens when he runs out of arm-canvas? Keith says he’ll just ask Kai to draw smaller pictures.

Every year, dad Keith Anderson gets another tattoo based on his son’s drawings 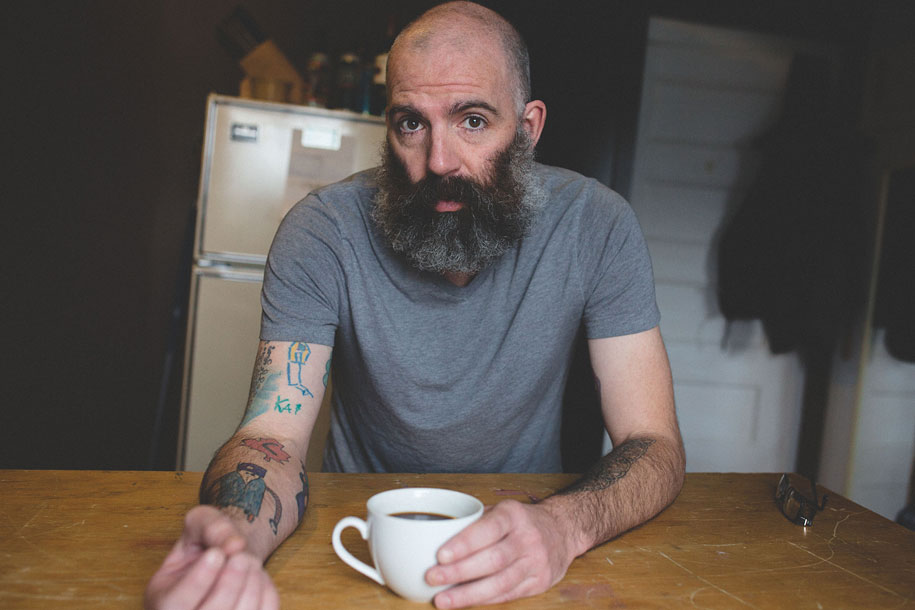 Kai drew this seahorse when he was 6 years old 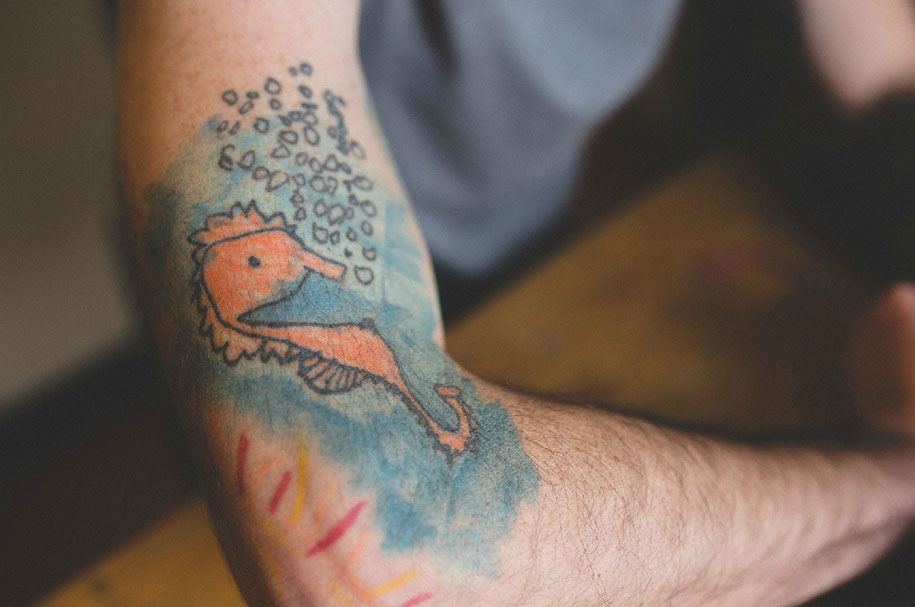 They did this robot when Kai was 10 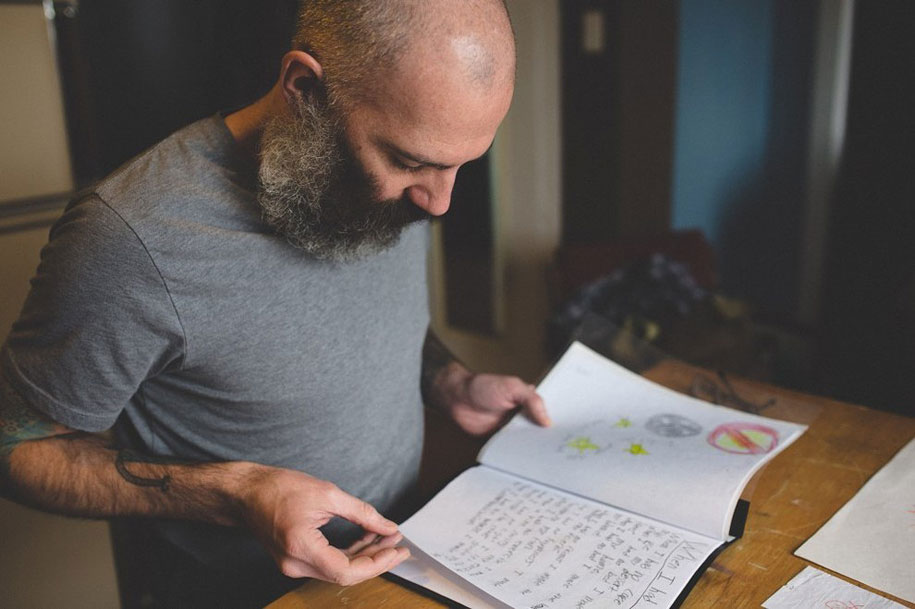 “No one I know has ever heard of tattooing original kid art before, and it’s a lot of fun” 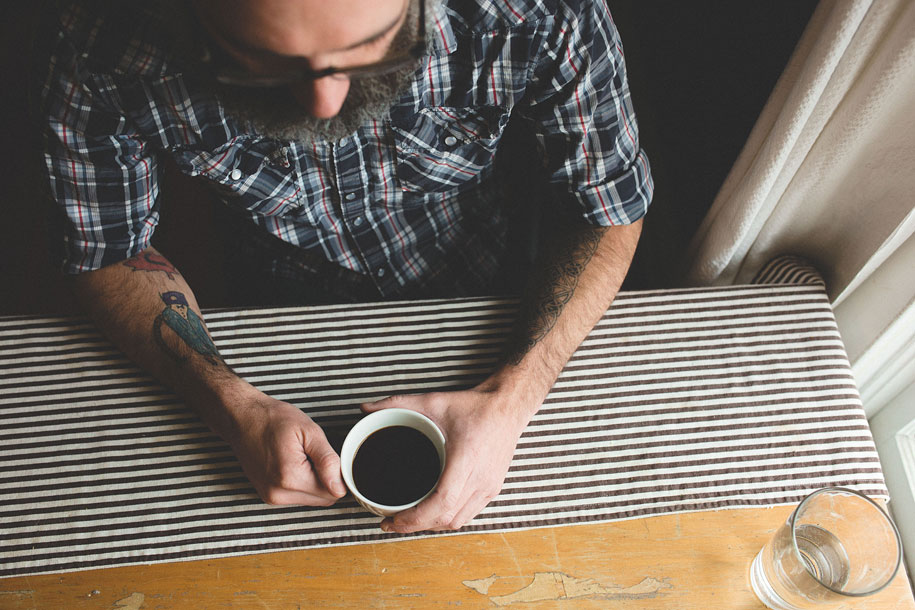 Kai drew this tattoo, Keith’s favorite, when he was 8

Kai drew this house when he was just 4 years old

The very first tattoo, which Keith got when Kai was in kindergarten 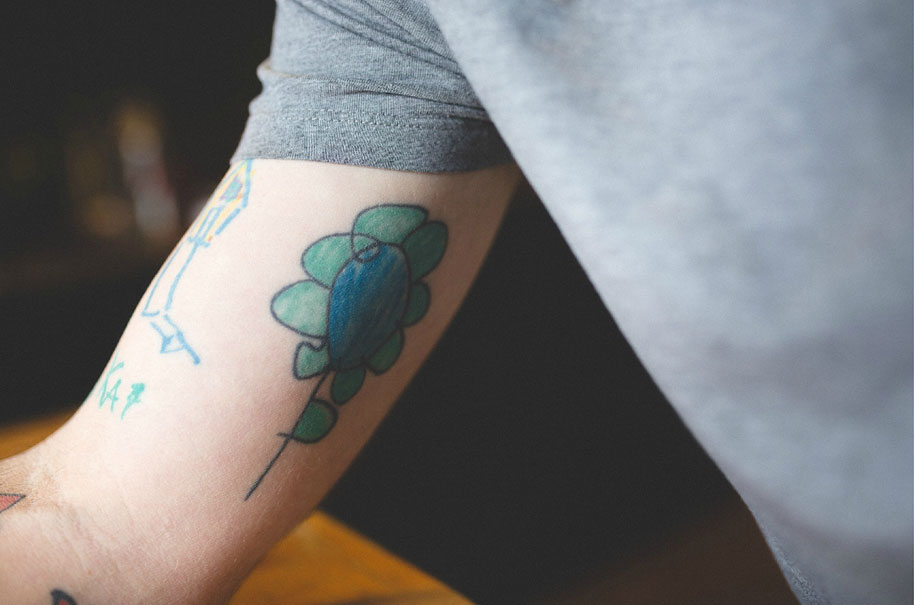 “People ask me what will happen if I run out of space; I guess I’ll just get him to draw smaller pictures” 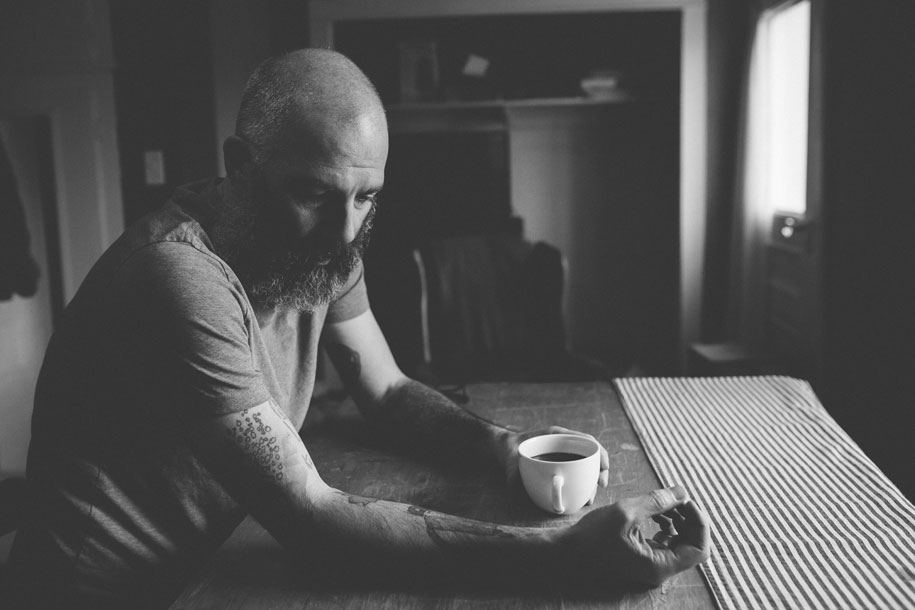 “Recently, my son was there with me and he did some of the tattooing himself. He loves it” 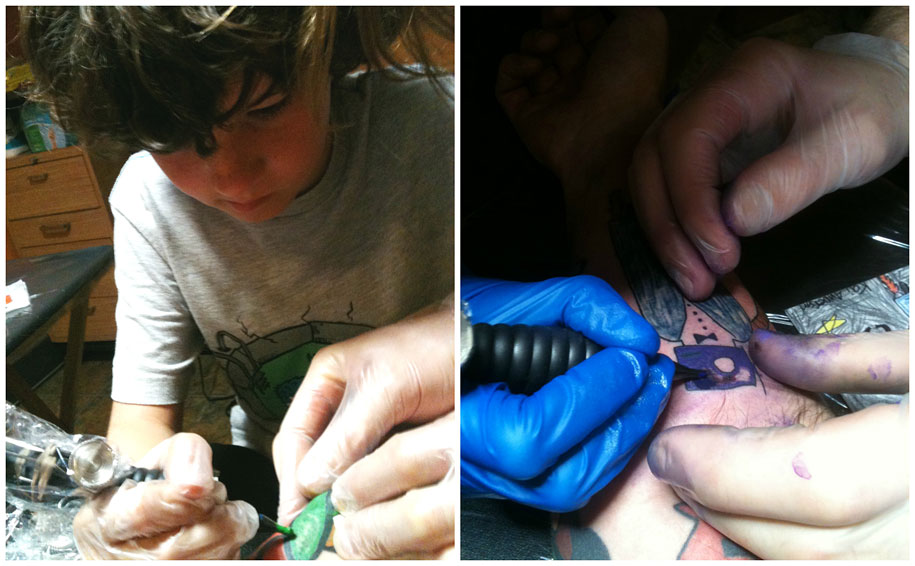 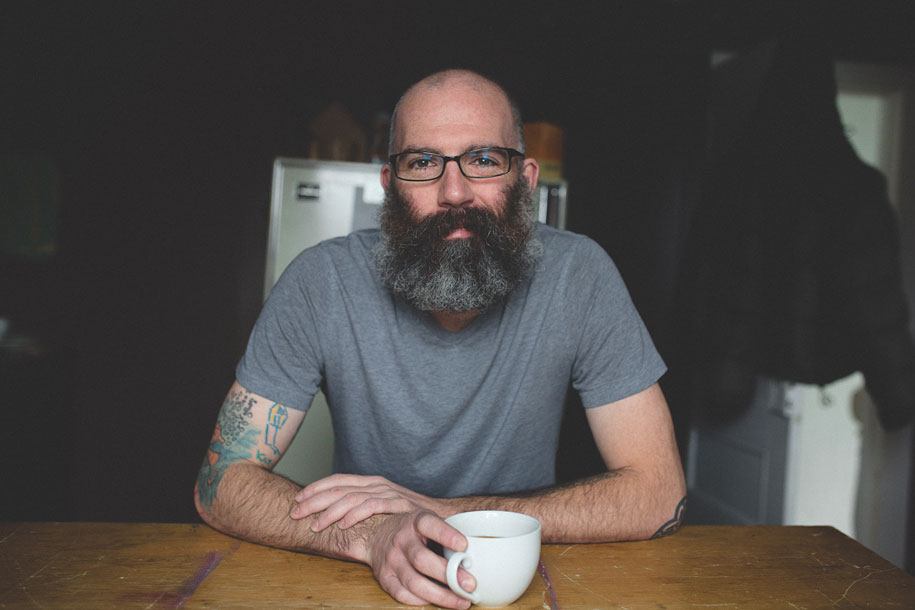