We are fairly certain that our world is not a disk resting on the backs of four elephants standing on the shell of giant space tortoise. And these animal posters show aquatic beasts bearing the burden of landscape on their backs.

The images come from the All You Need Is Ecuador campaign launched by the Ecuador Ministry of Tourism and made by Manipula. The images represent the four biospheres that can be seen in the country; from left to right, they’re the Amazon, the Andes mountains, the Pacific Coast and the Galapagos islands. The landscape meshed with the animal shows how Ecuador brings four different “worlds” close together, and the biodiversity it possesses.

Manipula is a CGI and photo studio based in Rio de Janeiro. One of the images they made for the campaign has won the CGI prize in Photokina, world’s largest trade fair for photographic and imaging industries. It’s probably because no one was willing to paint glue on a crocodile to build a miniature Ecuador on it.

This image won the CGI Award at the prestigious Photokina fair 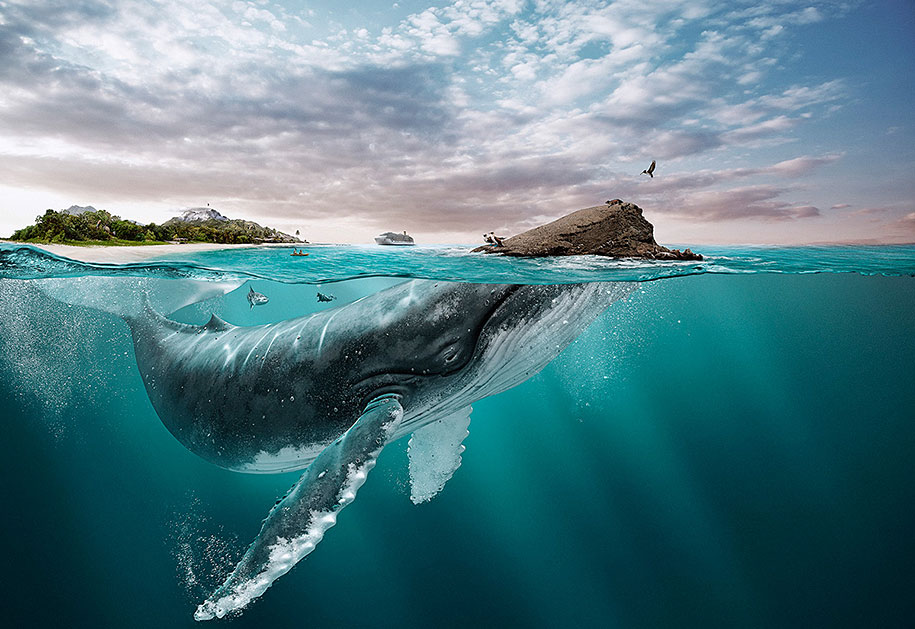 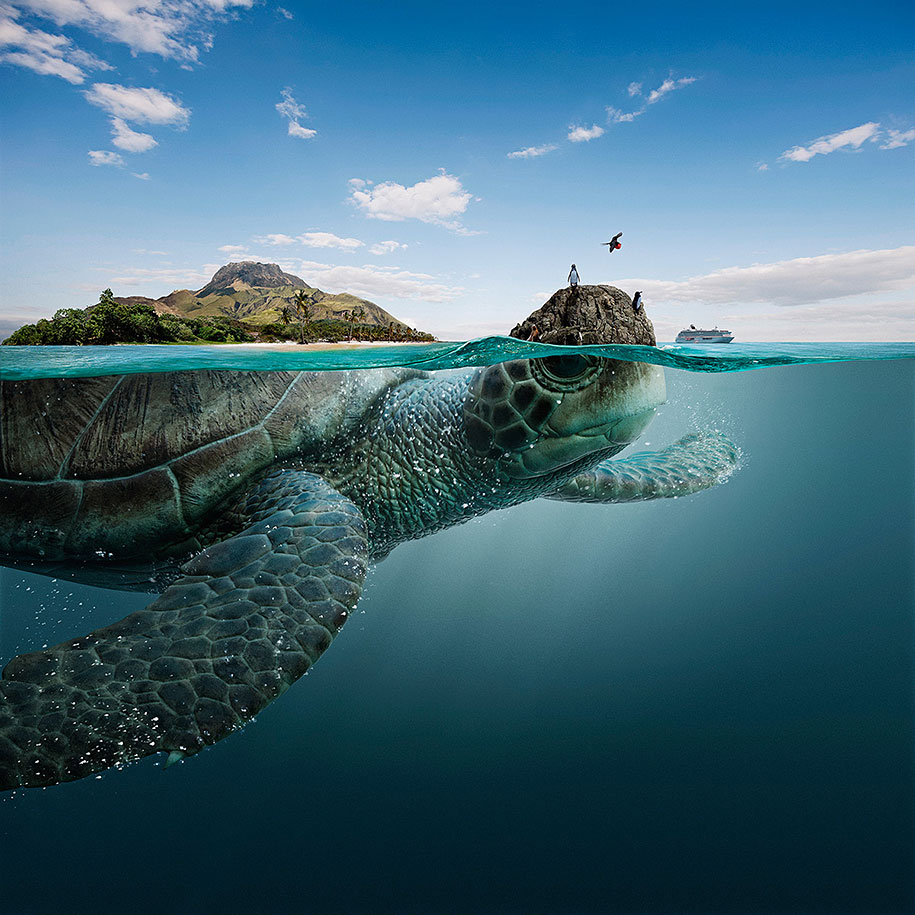 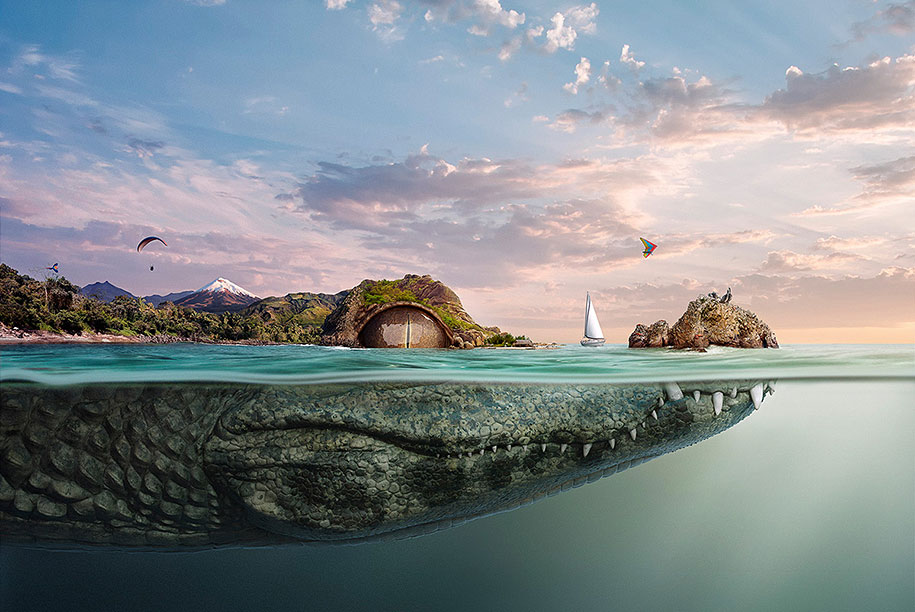 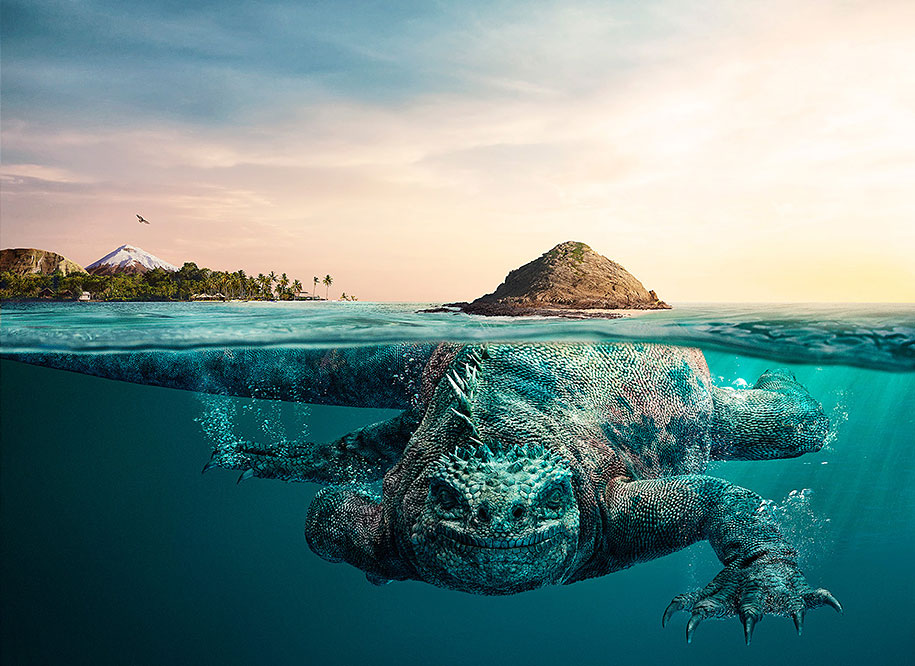