Varanasi is one of the most popular pilgrimage destinations in India when it comes to mainly Indian tourists. Its rich past and glorious heritage is responsible for drawing so much attention to this place as a place of tourism.

This is mainly the reason why the city remains so crowded during the months of October and November since Ramlila is held then, which a major Hindu festival. The weather conditions too remain extremely favourable in this part of the country during this time and hence it also happens to be the peak tourist season. So, if you are planning for a trip during this time, start looking for five star hotels in Varanasi and get your bookings done atleast 2-3 months in advance to avoid any last minute hussle.

Varanasi: the back bone of Indian religion

When it comes to religion in India, you cannot even think about it without mentioning Varanasi at least once. This is mainly so since Varanasi happens to be an important destination for pilgrimage of the Hindus. If one takes a look at the census reports, one will find that the maximum fraction of the Indian population is Hindus.

Varanasi is believed to be more than 3000 years old and historians are of the opinion that this was at one point of time a centre of excellence of learning for Hindu scriptures. The Aryans are believed to have set up this city and hence with time it has also emerged as an important centre for learning for the Hindus. However, the most interesting part of this city is that you will find every other major religion that is practised in the country, here. You will find Christians, Buddhists, Jains, Sikhs and Muslims are residing here peacefully with their own places of worship tucked away cosily in various corners of this primarily Hindu city.

The importance of Varanasi as a site for pilgrimage

There are four sites in four parts of the country that are believed to be important places when it comes to Hindu pilgrimage. These sites are known as dhams, which would roughly translate as the home of the Gods. Badrninath, Rameshwaram, Puri and Dwarka are these four dhams. Apart from them, there are other major cities and places that are considered to be of importance when it comes to the Hindu faith. Varanasi happens to be one of them. This is because people believe that whosoever breathes their last in this holy city will be freed from the vicious cycle of rebirth. It is also believed that if one takes a dip in the Ganga at the Dashashwamedha Ghat, then one can purge themselves of all their sins! People used to come can stay in this city during the last few years of their life till about a couple of decades ago. In fact you will still find people expressing their wish to spend their last few years in Kashi.

This city has always welcomed more and more people and hence it abounds in places of nice accommodation. In keeping with this classical trend, you will in fact find quite a good number of 5 star hotels in varanasi.

So, if you are planning to visit this holy city anytime soon, then make sure that you get your bookings done as soon as possible! 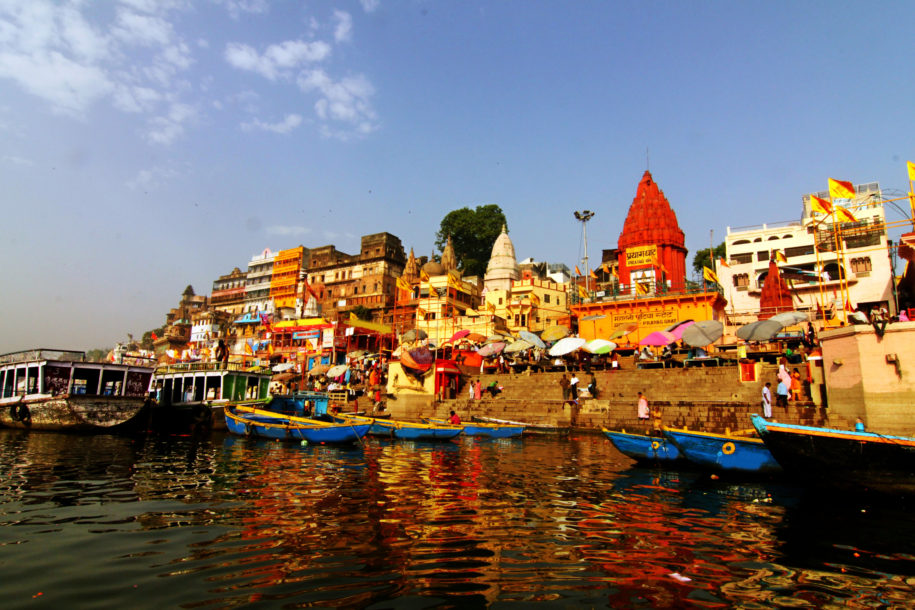