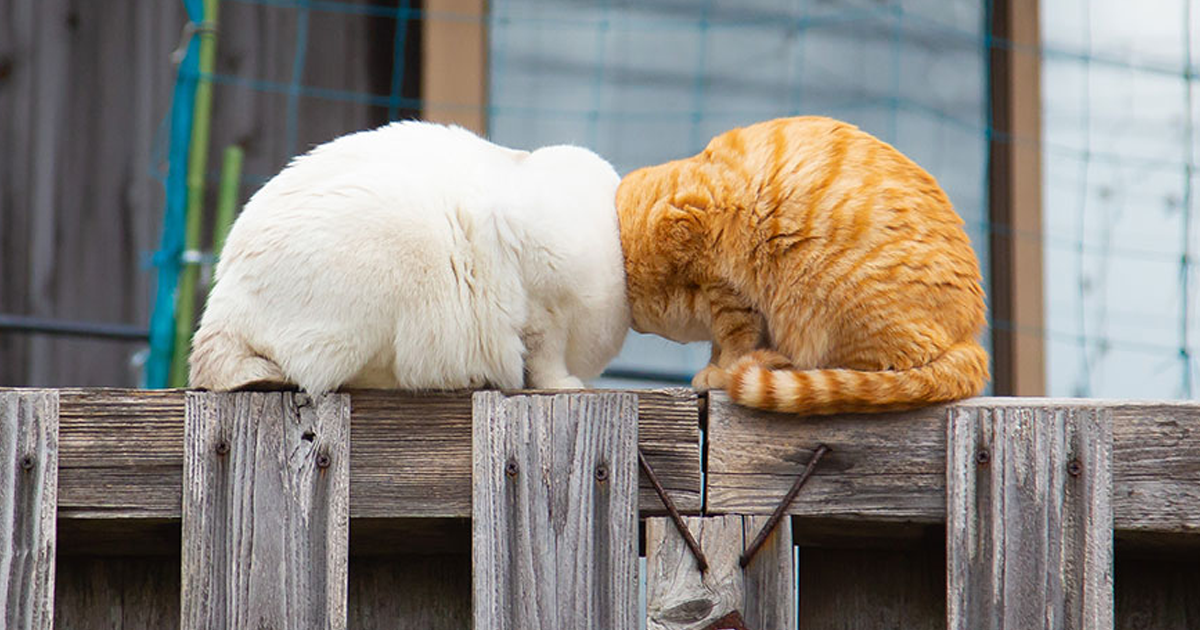 It’s no secret that interacting with pets is a huge stress buster. Our furry friends not only make us feel relaxed but also makes us giggle sometimes by doing goofy things.

The Comedy Pet Photography Awards is dedicated to those lighthearted moments when pets show their funny and playful sides. The organization also supports animal welfare charities to spread more love and light in the world. Scroll below to see some of the photos that made it to the list of finalists this year. And if you want to see last year’s submissions, check out our previous post here. 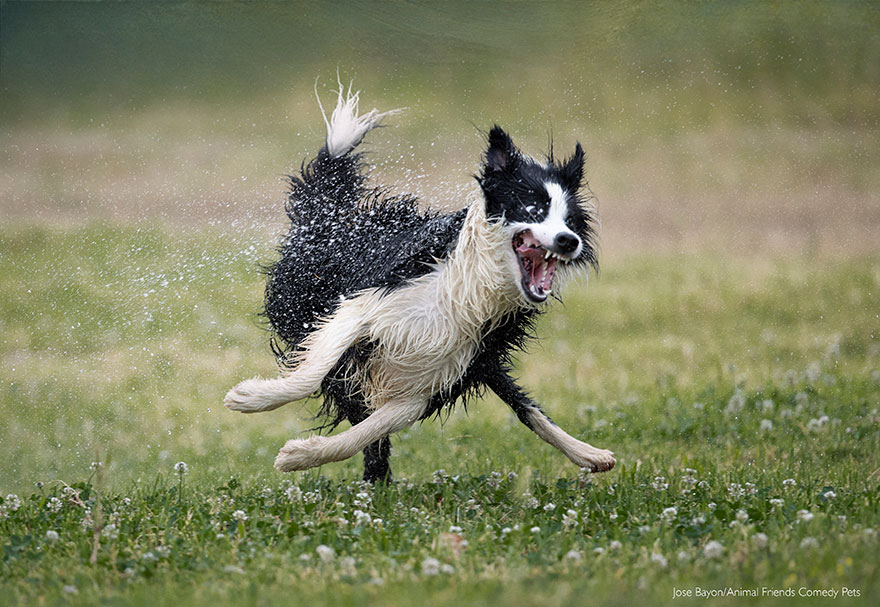 “Nilo is an adopted puppy about 10 months old. He was hit by a car and was barely saved. Now recovered, he has just discovered water for the first time. His capers and pirouettes show his passion for water. Love at first sight”

#2 ‘dashing Through The Snow’ By Marko Jovanovic 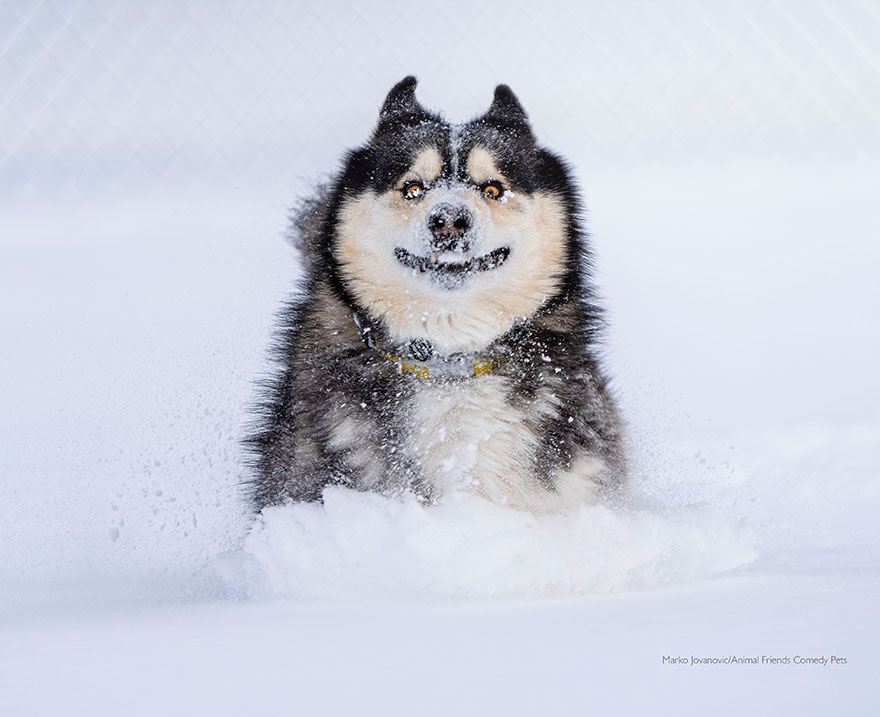 “Carter was on a Euth list in California. We flew from Chicago to Cali rescue him. This was his first time experiencing snow. As you can see he could believe was missing out all these years!”

#3 ‘revenge Of The Tennis Ball’ By Christopher Johnson 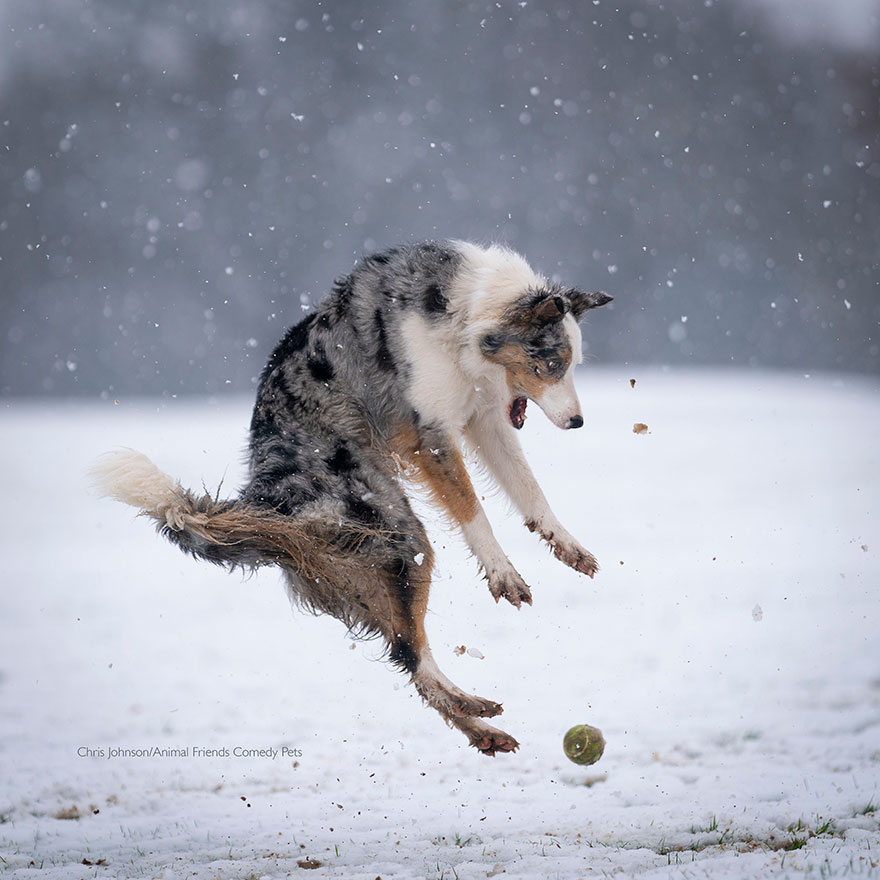 “This is Star playing in the snow in a local field and getting surprised by a passing tennis ball.” 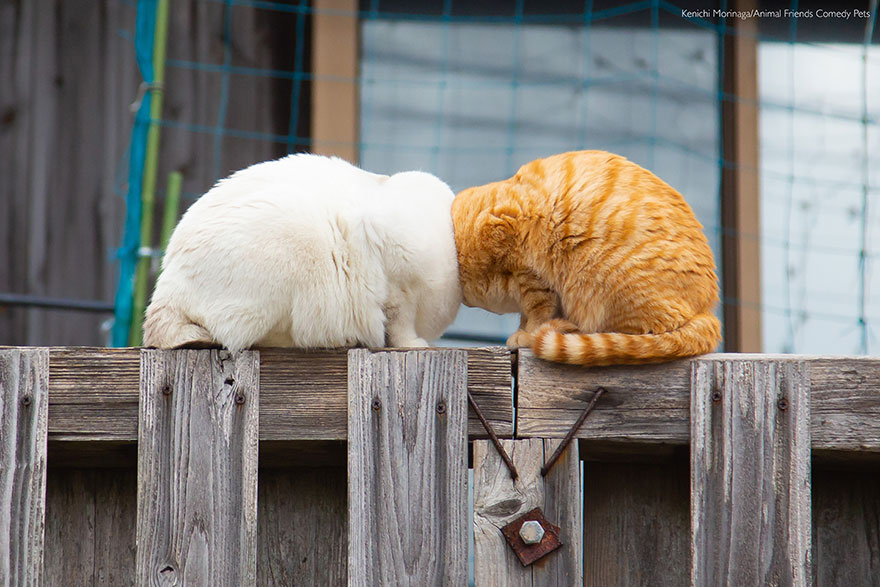 “Cats are bumped on the wall suddenly. It was like a cartoon bamped boom boom.So funny moment.” 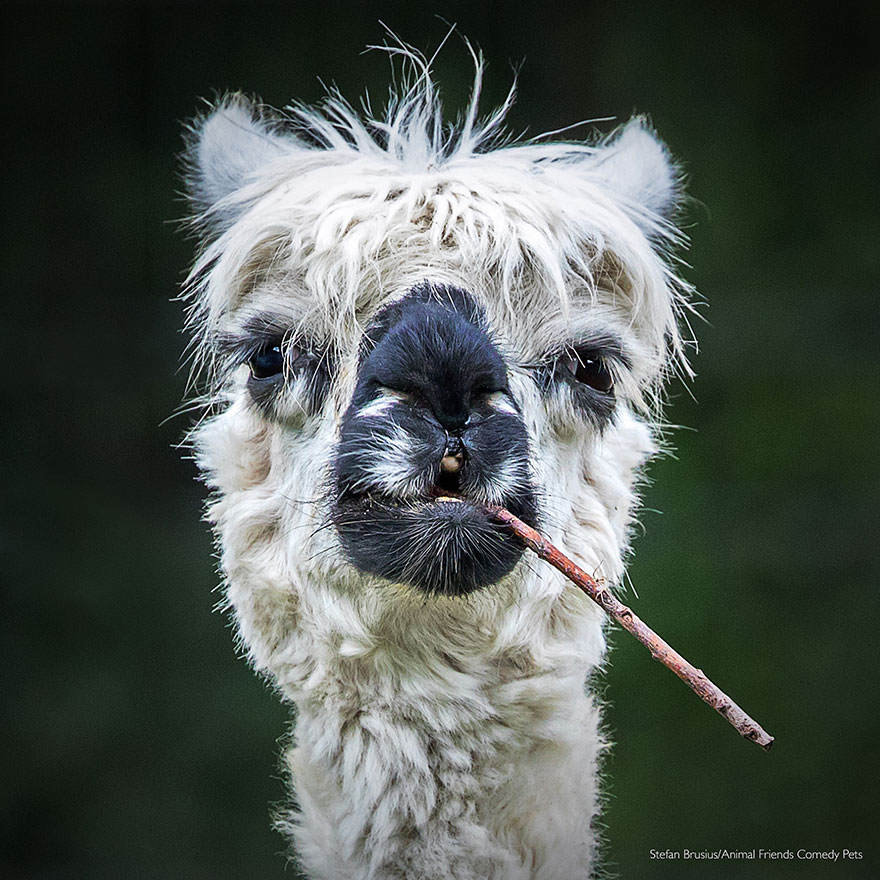 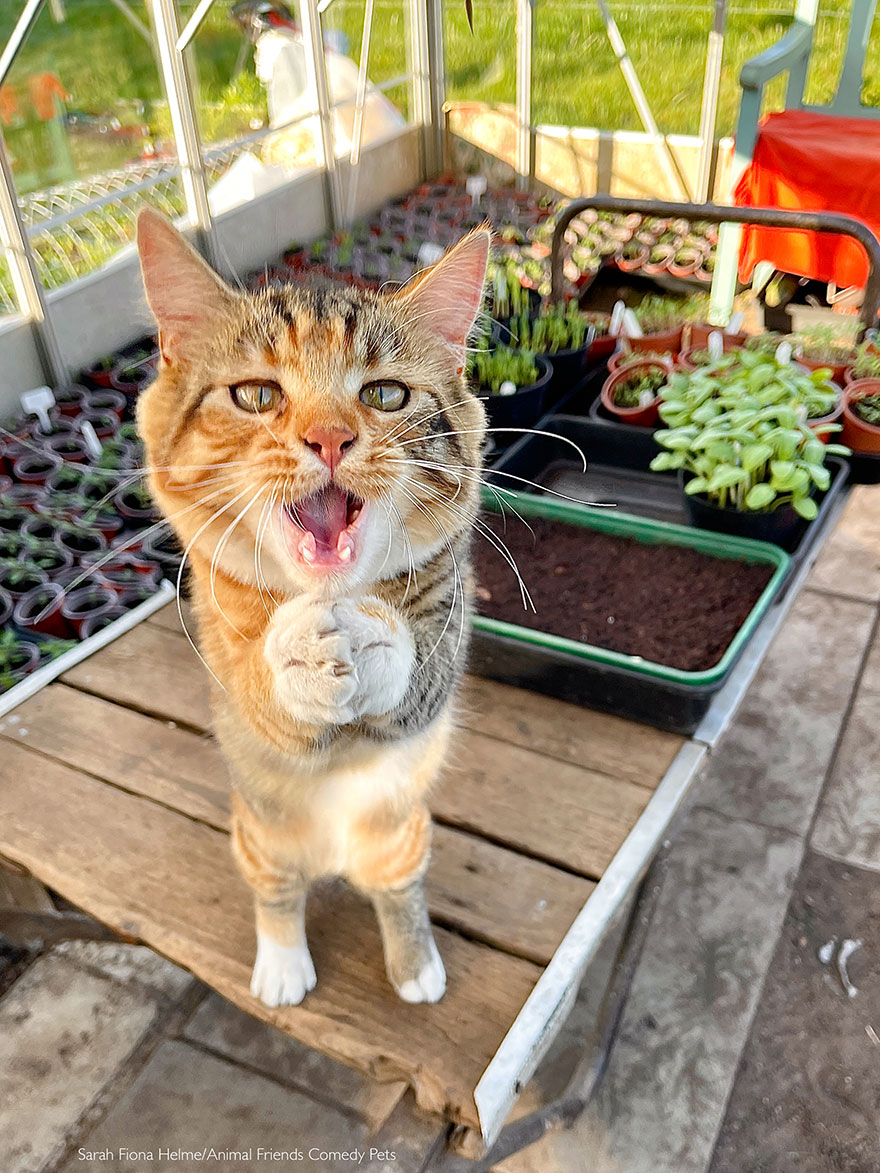 “Rosie was helping me in the greenhouse and decided to try, in her most engaging way, (and with the help of the wheelbarrow to stand on), to persuade me into giving her some of her favourite treats – which, being a lowly cat servant with no willpower, I did!” 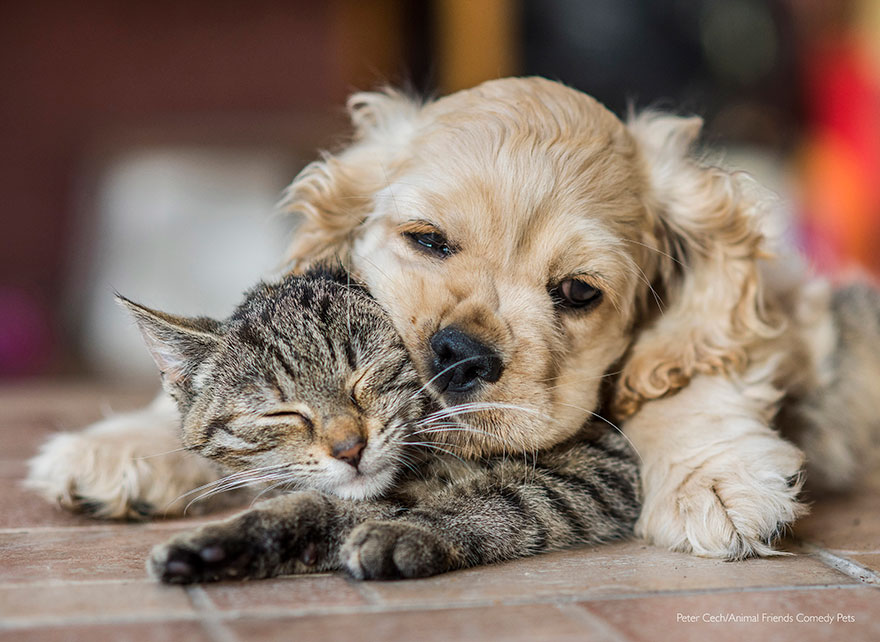 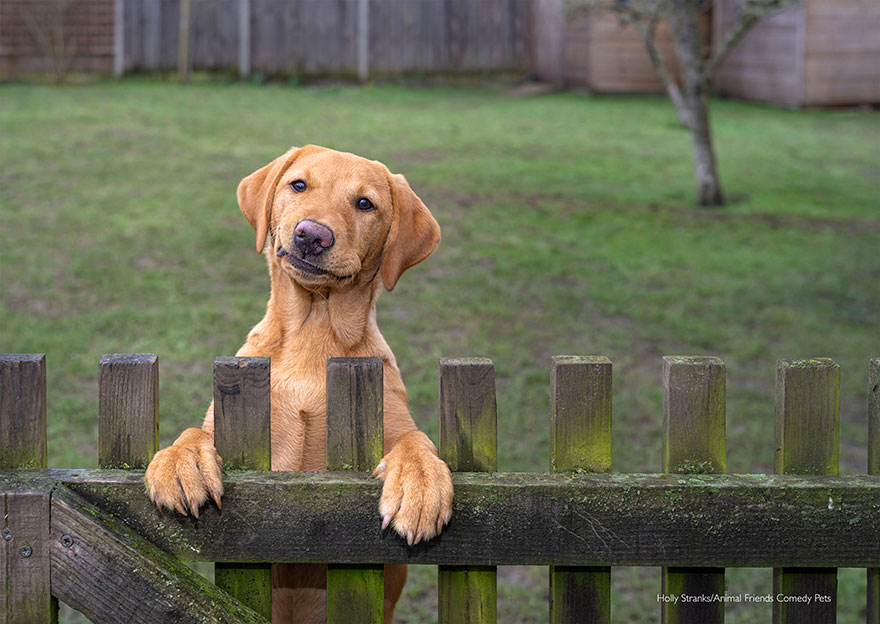 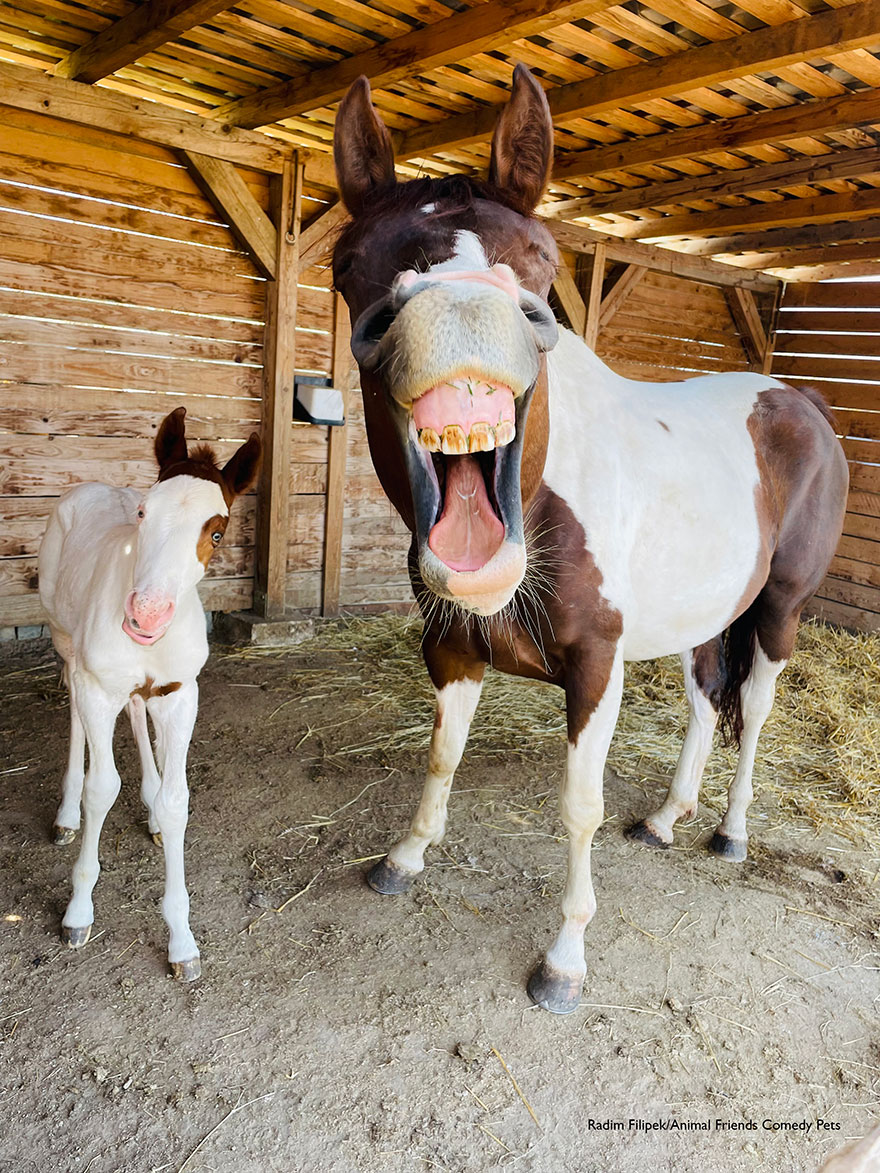 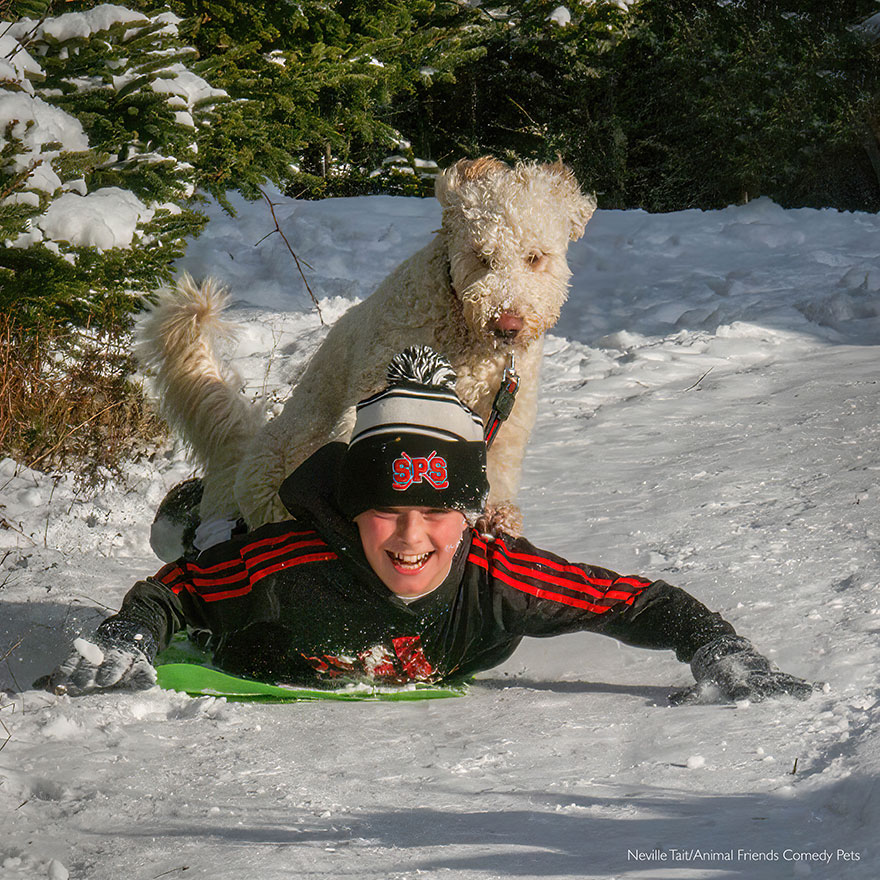 “While we were in Canada over Christmas it snowed quite heavily. Our Grandson’ Bowen’s dog, Oscar, loved running around in the snow and when Bowen jumped on a piece of plastic to slide down the hill, Oscar bounded after him and jumped on his back.” 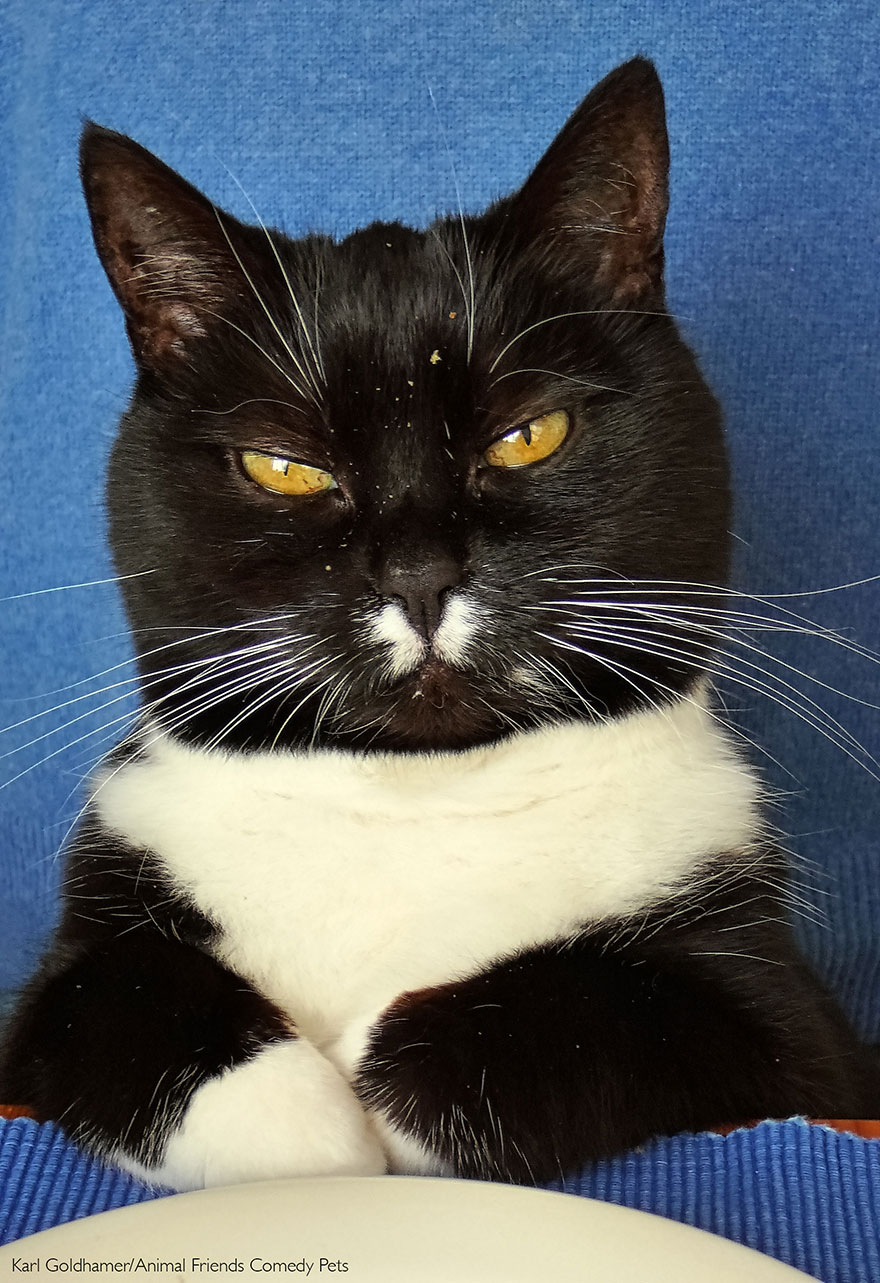 “Our cat Lissi, who died 9 years ago, at the dining table.”

#12 ‘dave And Dudley’ By Judy Nussenblatt 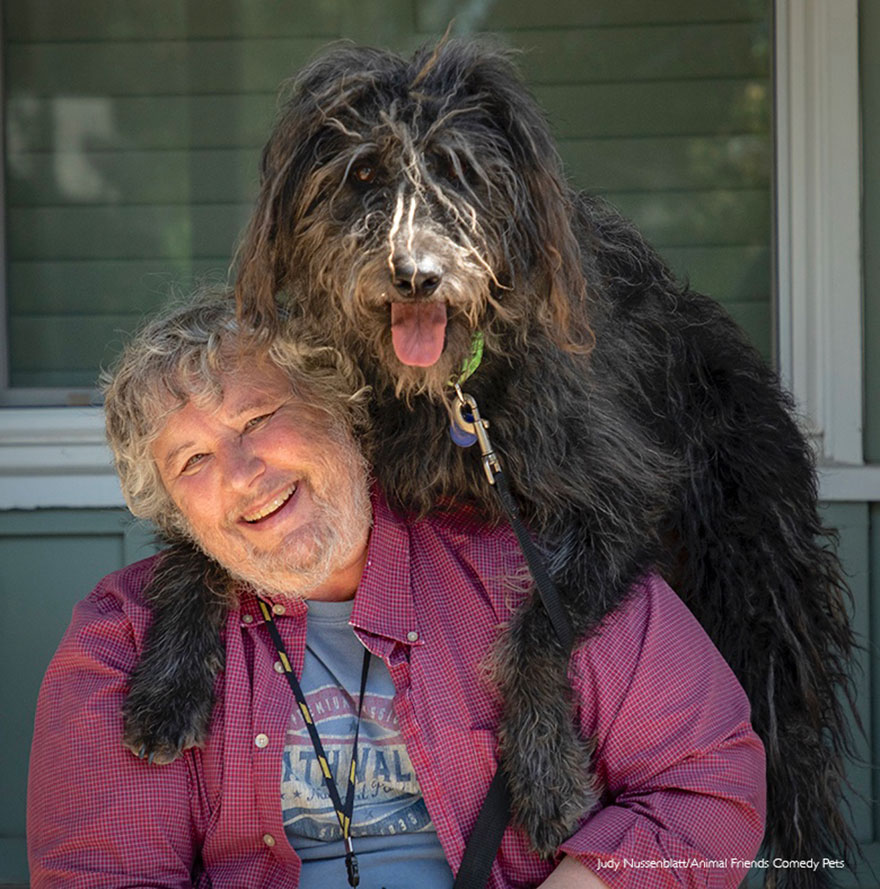 “This is my friend, David, and his dog Dudley. During the early days of Covid, David and I took advantage of a beautiful day and we were out shooting pictures. Dudley was so excited when we got back that he threw his front paws around David’s shoulders and I snapped this picture. They both look like they could use a good haircut, but it was Covid….so who cares….” 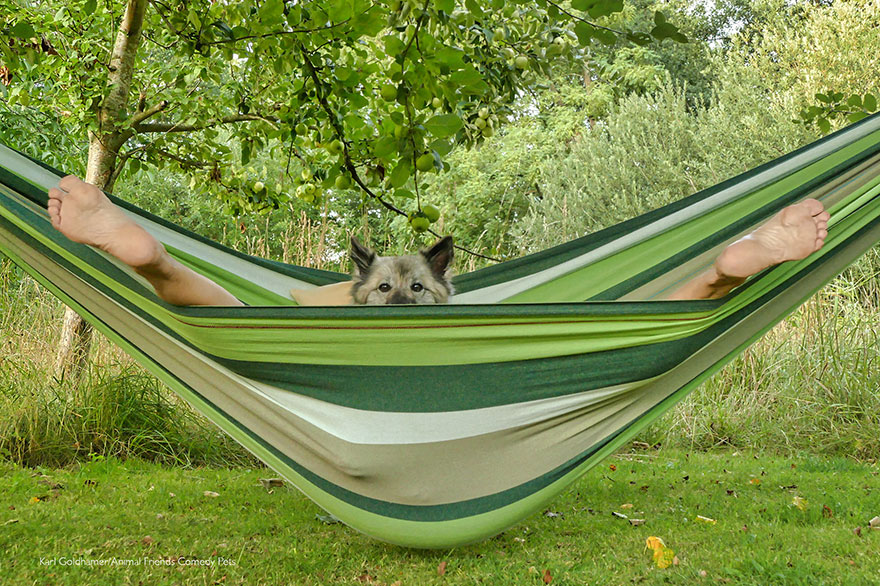 “Even a werewolf needs to relax sometimes…” 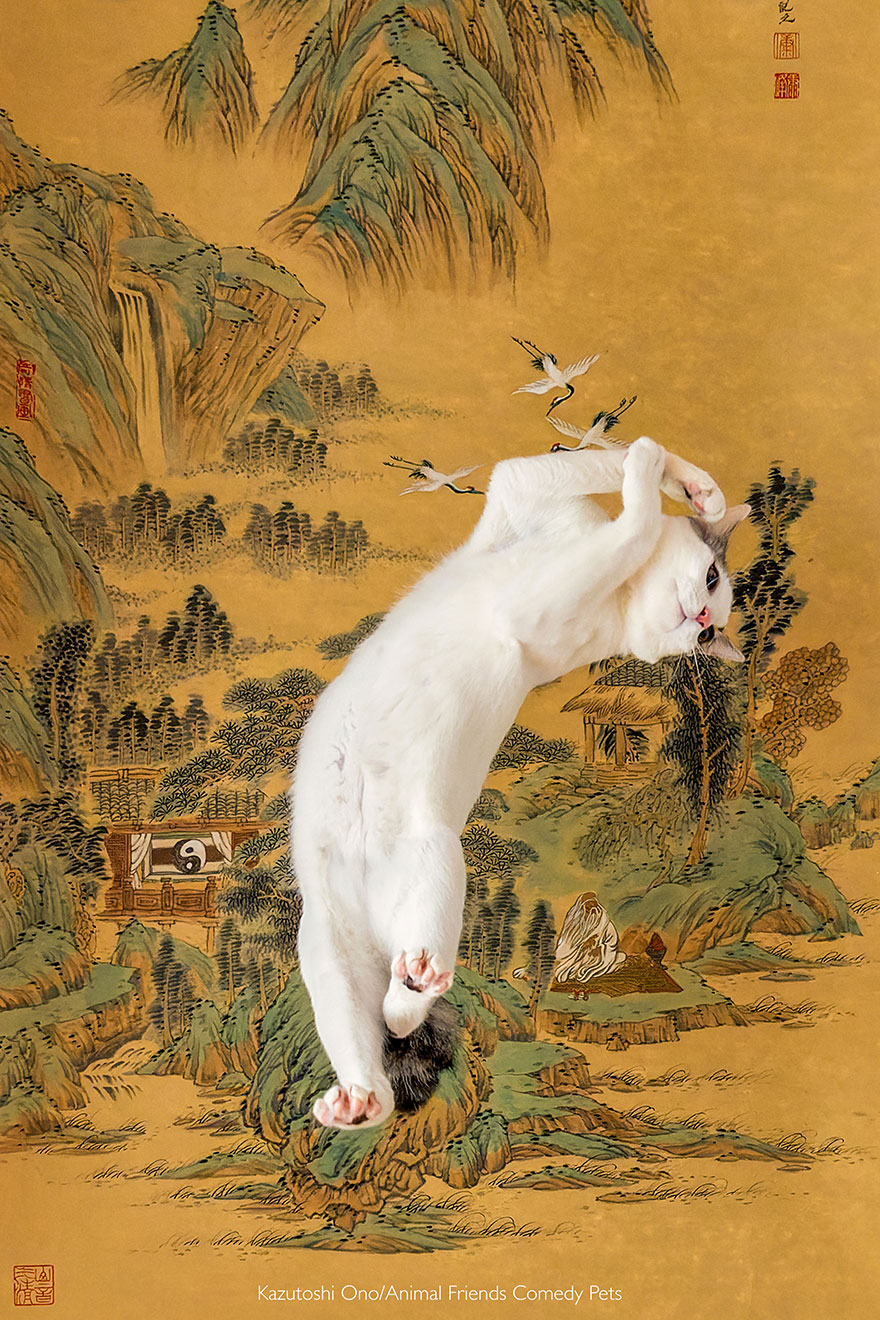 “He is my lovely kitty that is rescued from my local cat care facility. I wanted to create some Japanese image with my kitty so that I made him jumping behind a hanging scroll using a cat toys. It reminds me that there is a famous Japanese story ‘Tiger is popping out folding screen’.” 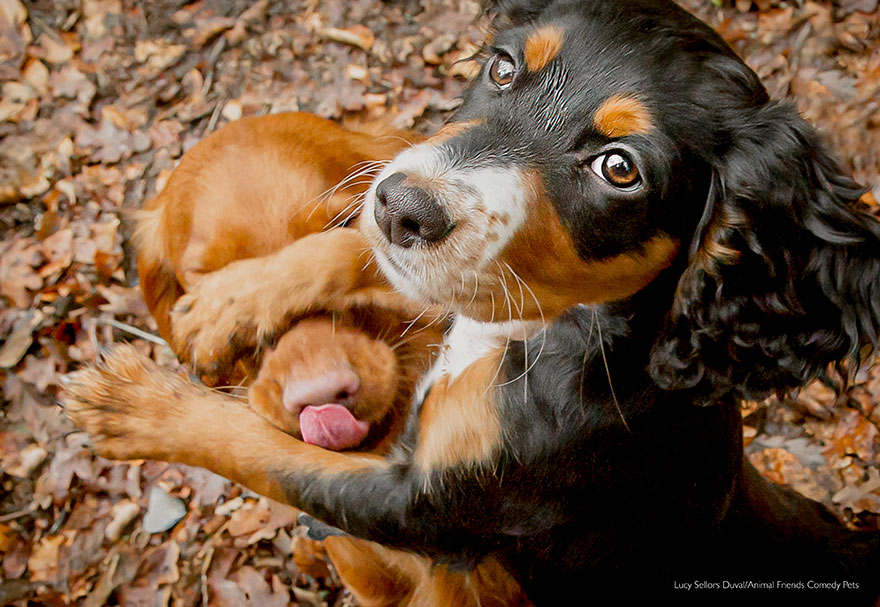 “Benji was determined to be the one to get all the yummy treats during his photo shoot even if it meant stopping his older brother Doug.” 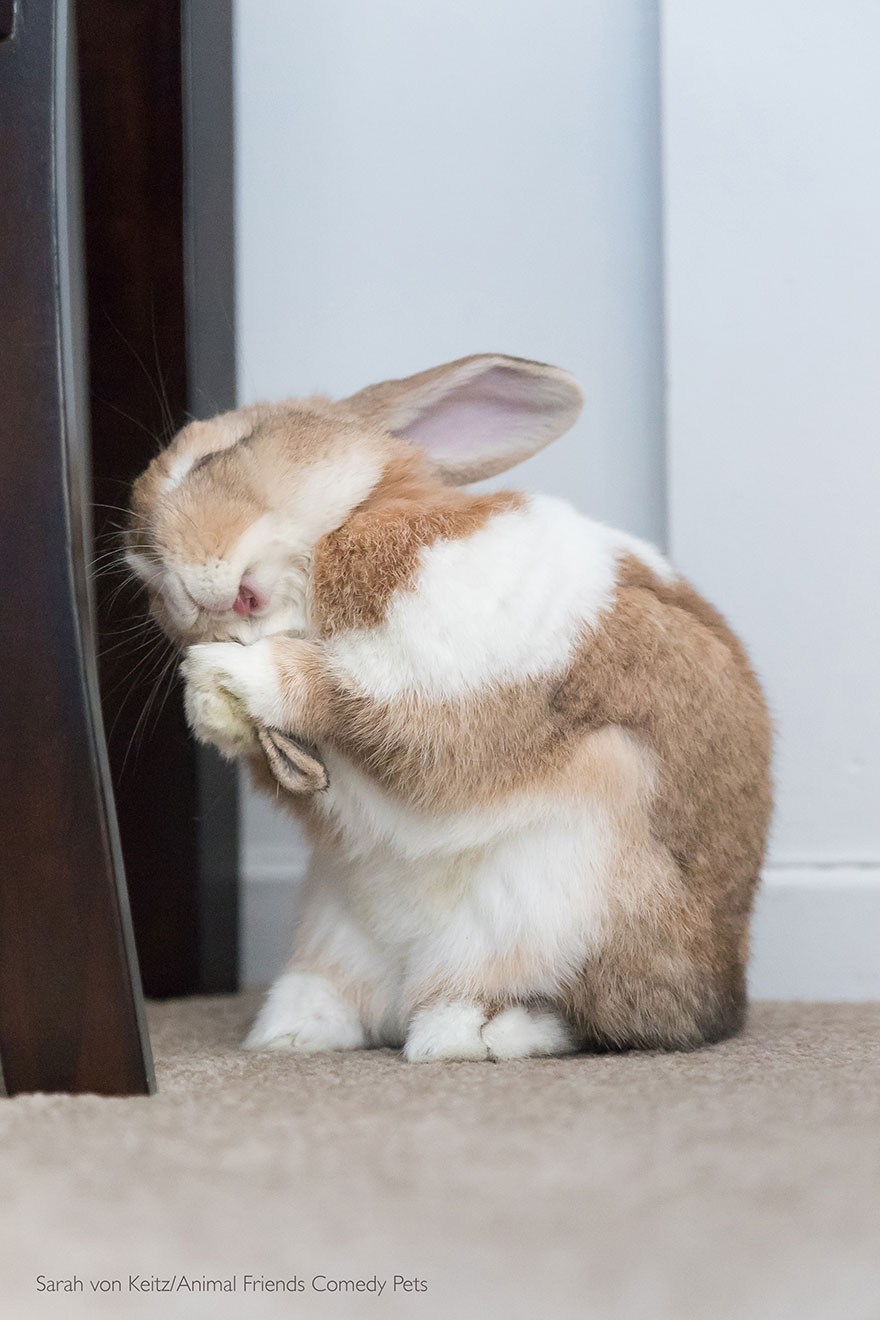 “This is Fibunacci. Is he praying? Laughing? Blowing a raspberry? Actually, he’s just cleaning his ears! He always wants to make sure he’s looking his best.”

#17 ‘jack The Cat Stuck In The Hedge’ By Freya Sharpe 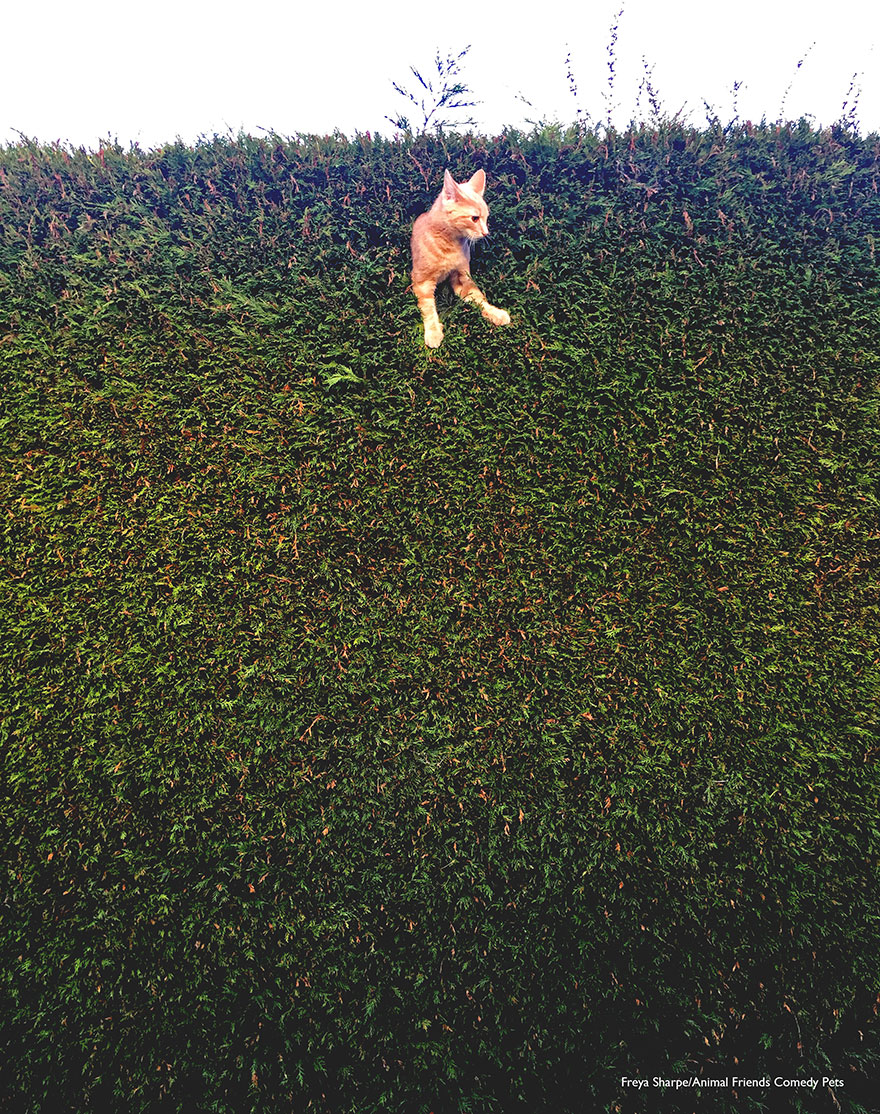 “We had gone out for the day and came home to find our kitten Jack had got stuck in the hedge!” 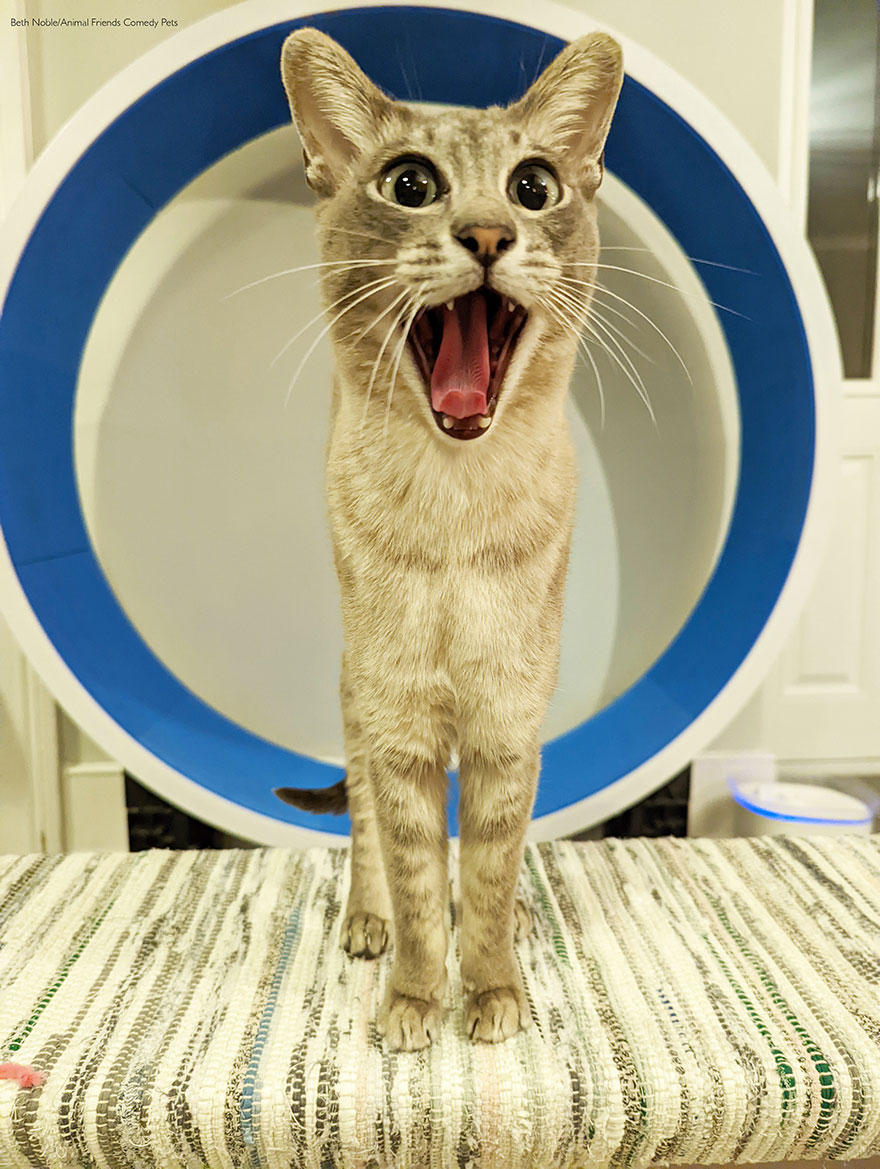 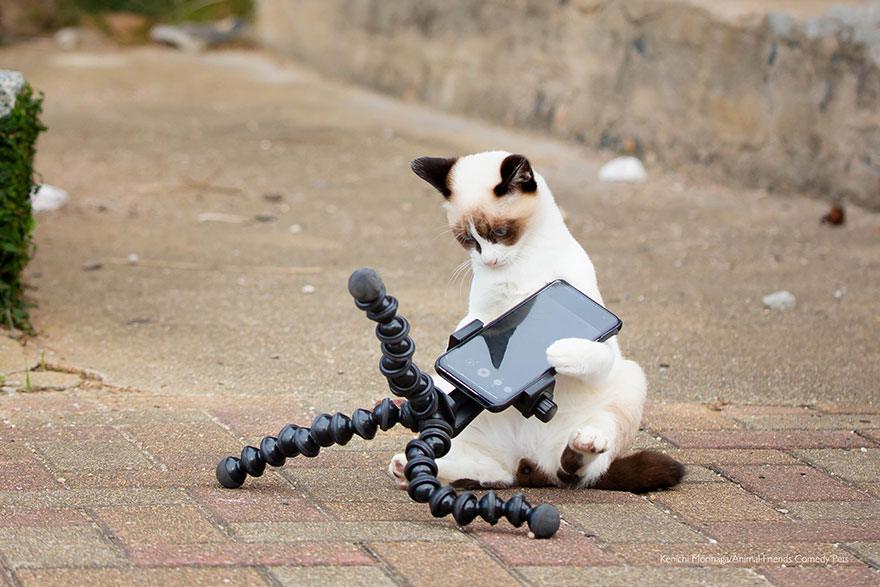 “I gotta smart phone so I want to upload my pics for my SNS. But I don’t know how to use it. Please someone tell me how to use it.” 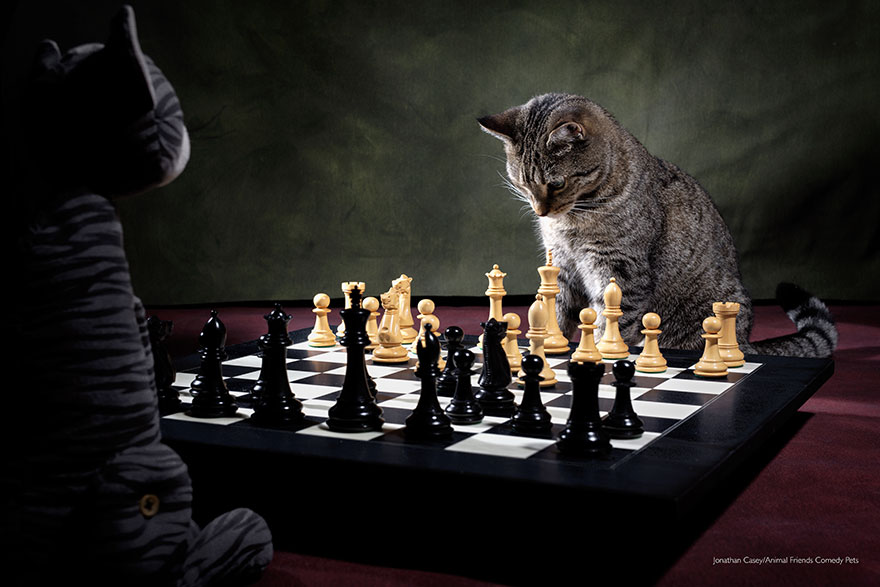