Tyrannosaurus Gets Attacked By Flamingos On Google Campus

Google has a truly outstanding exhibit on its campus in California – a Tyrannosaurus Rex skeleton named Stan. The dinosaur was discovered near Google’s headquarters and has been “living” on the campus since 2006. The quirky pet, however, has gradually been overwhelmed by a flock of pink flamingos, making it an even more picturesque scene.

Nobody knows what this collision of the two species means, but things certainly don’t look pretty for poor Stan.

If you have any additional information on the origins or meaning  of the flamingos, let us know in the comment section below. 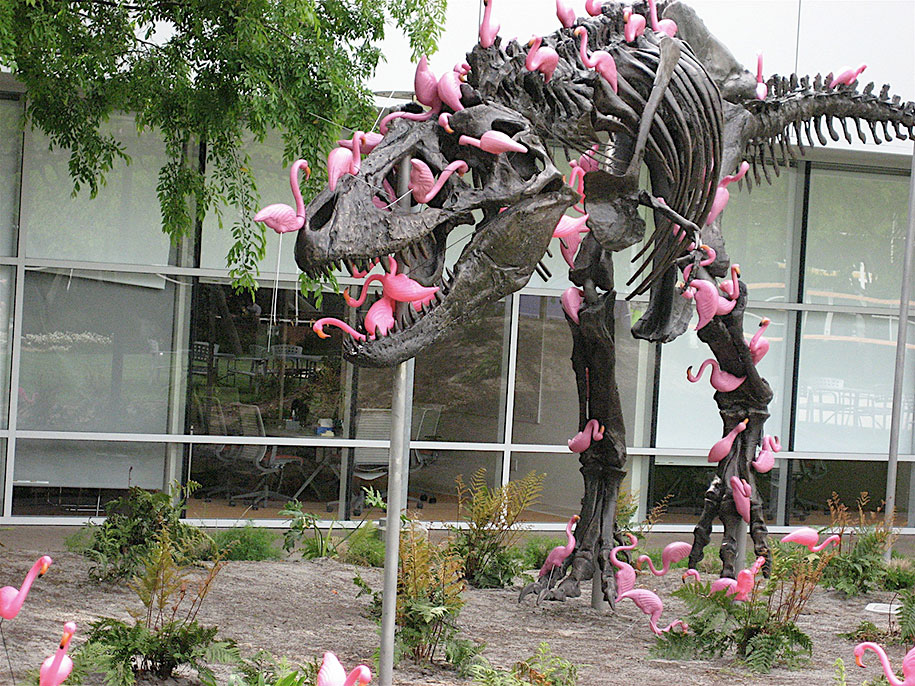 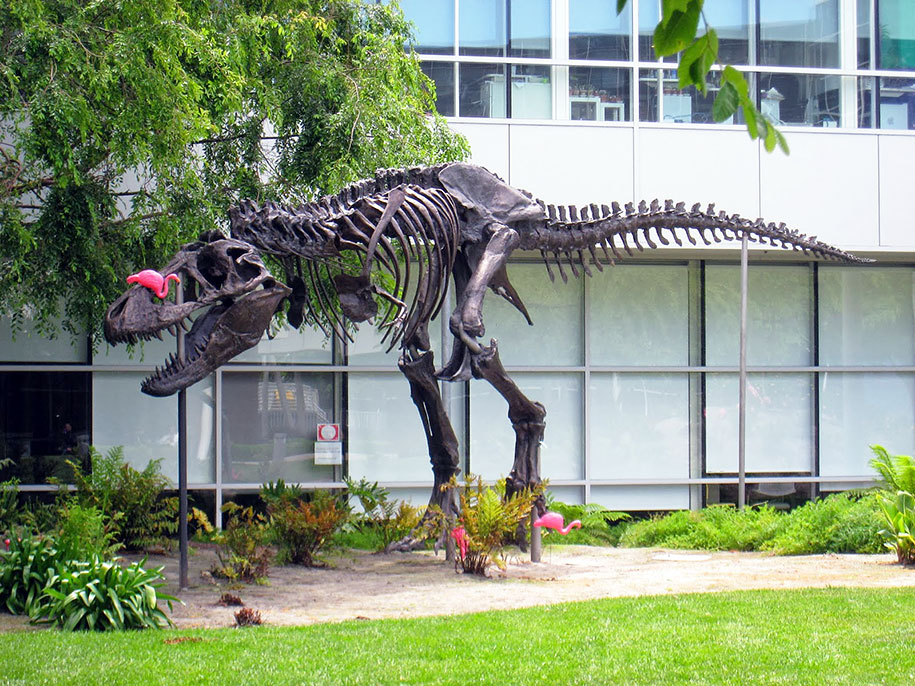 Now Stan Is All Covered In Flamingos 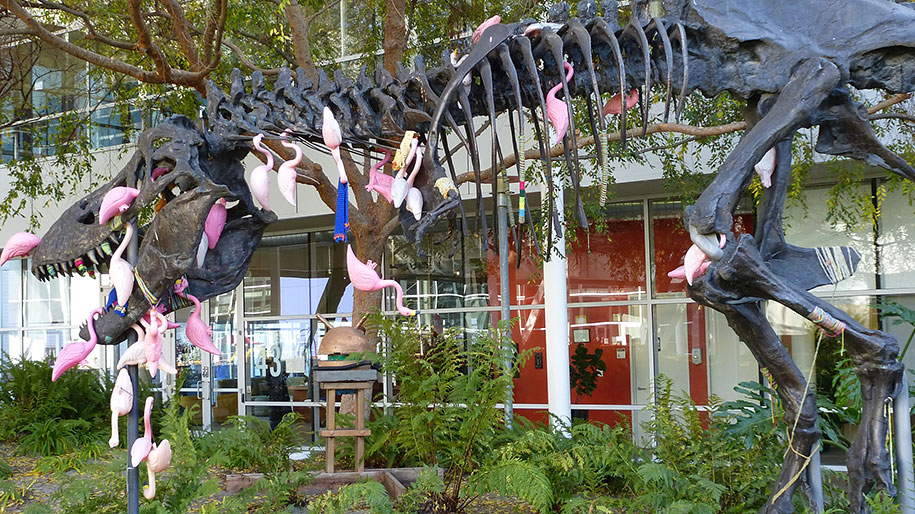 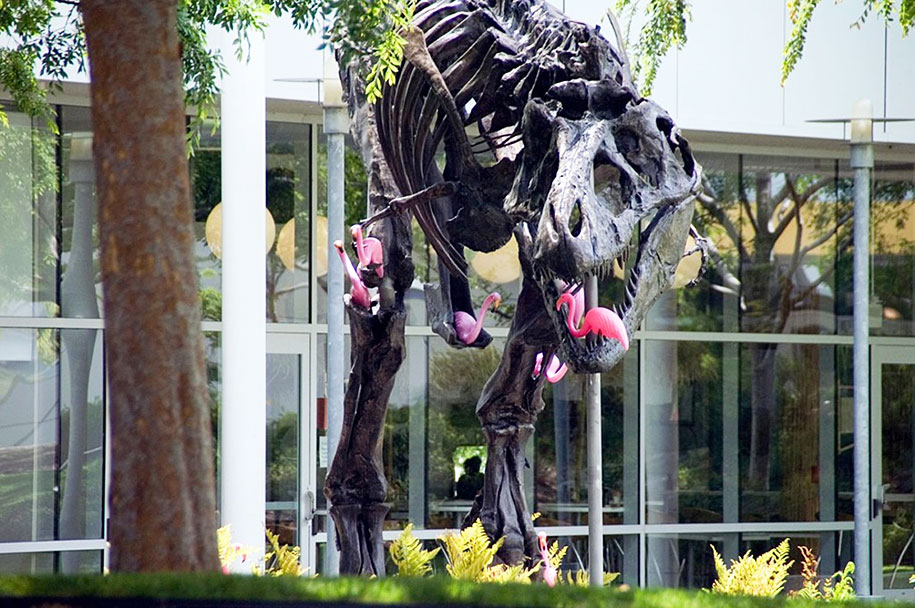 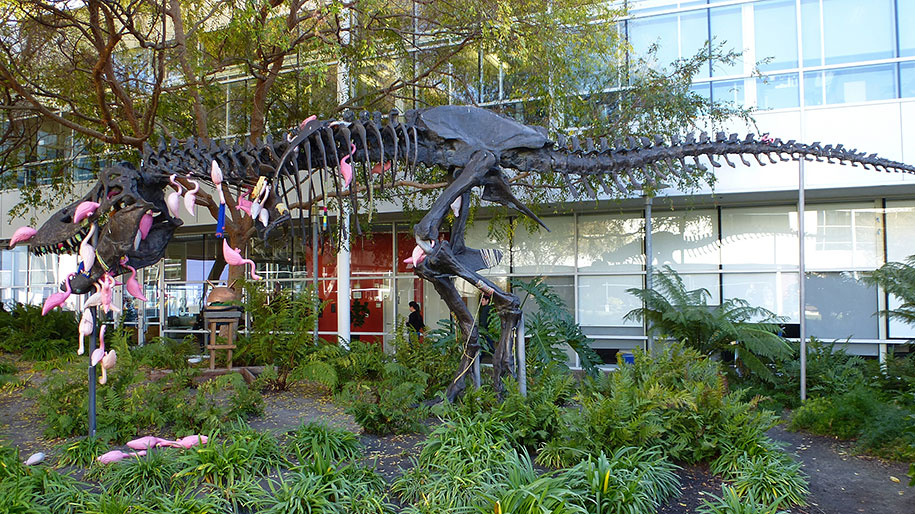