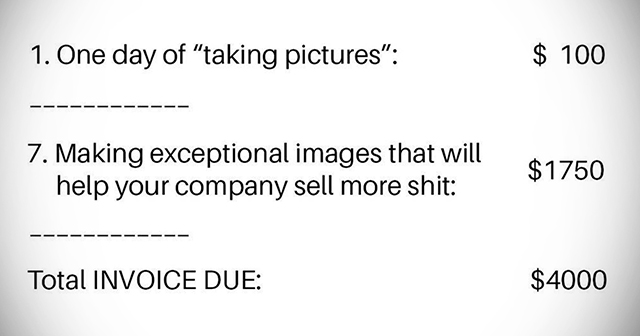 This Invoice Shows Why Pro Photographers Charge So Much

Pro photographer Donald Giannatti has had enough with the clients who discount his work and keep saying: “That’s a lot of money for just taking a photo…” So to show them what they’re actually paying for, Don has released an invoice, itemizing everything that comes with hiring a professional photographer.

He’s posted it on his Facebook wall also adding: “But you know, if the image doesn’t matter to them, my 8-month-old granddaughter can borrow my iPhone and shoot for some pudding. If the images do matter to them, then they have to prioritize the costs so they know what they are getting.”

“Contrary to popular culture beliefs, there are indeed a lot of components to a professional shoot. Dance music and hot models are just the on the surface.” 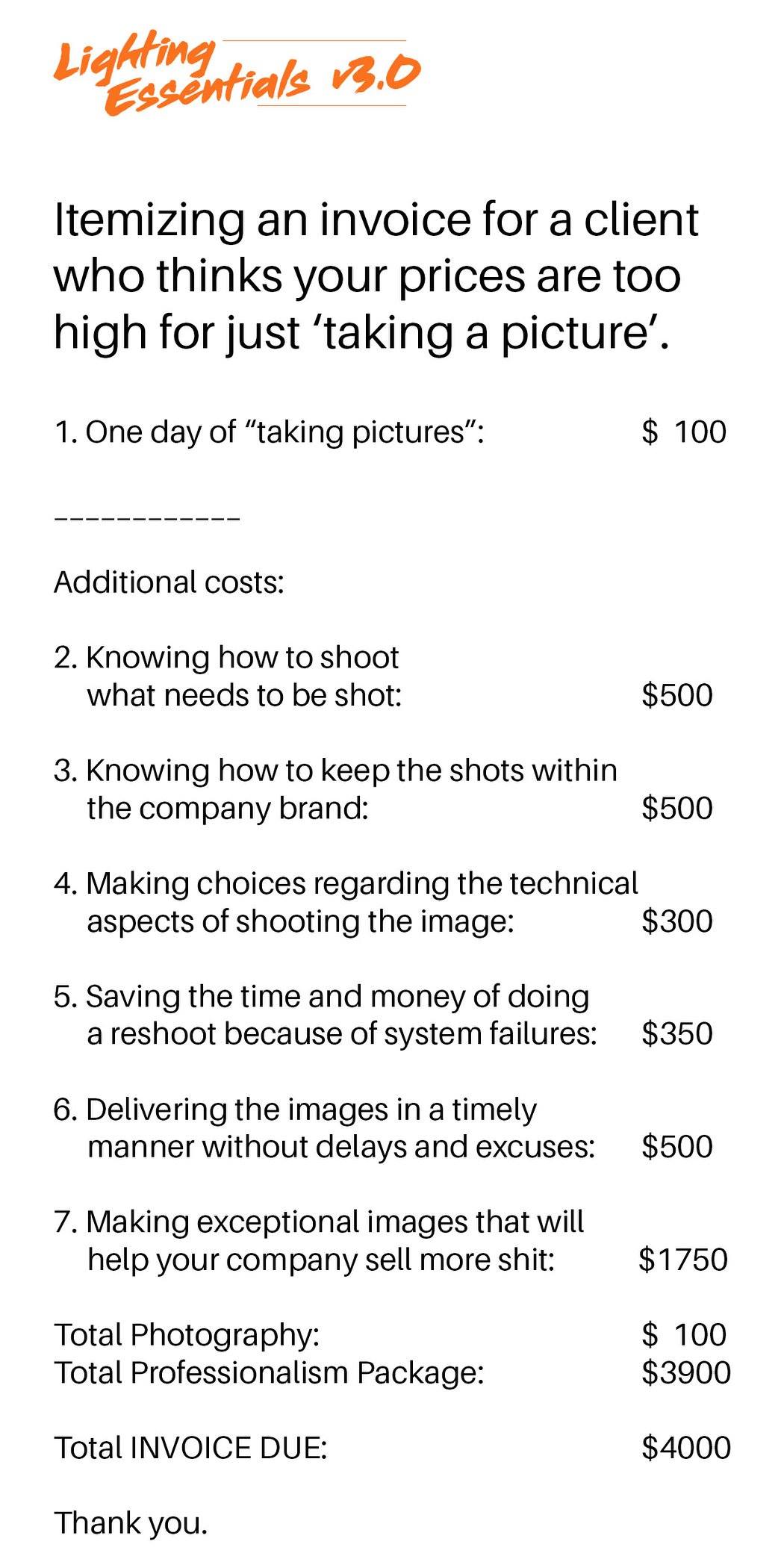