This magical-looking vine, which rains down pink and purple blooms, is called the wisteria (also spelled wistaria and wysteria), and this specimen is the largest of its kind in Japan. This extraordinary woody climbing vine is already 144 years old, exemplifying one of the wisterias’ most crucial features – its hardiness.

Located in the Ashikaga Flower Park in Tochigi, Japan, this wisteria’s vines cover as many as as 1,990 square meters. The branches of the vine, rich with vivid blooms, are supported by numerous steel poles. Visitors to the park can walk below its canopy, admiring its extraordinary beauty.

If you plan to pay a visit, the best time to do so is from late April to mid May. 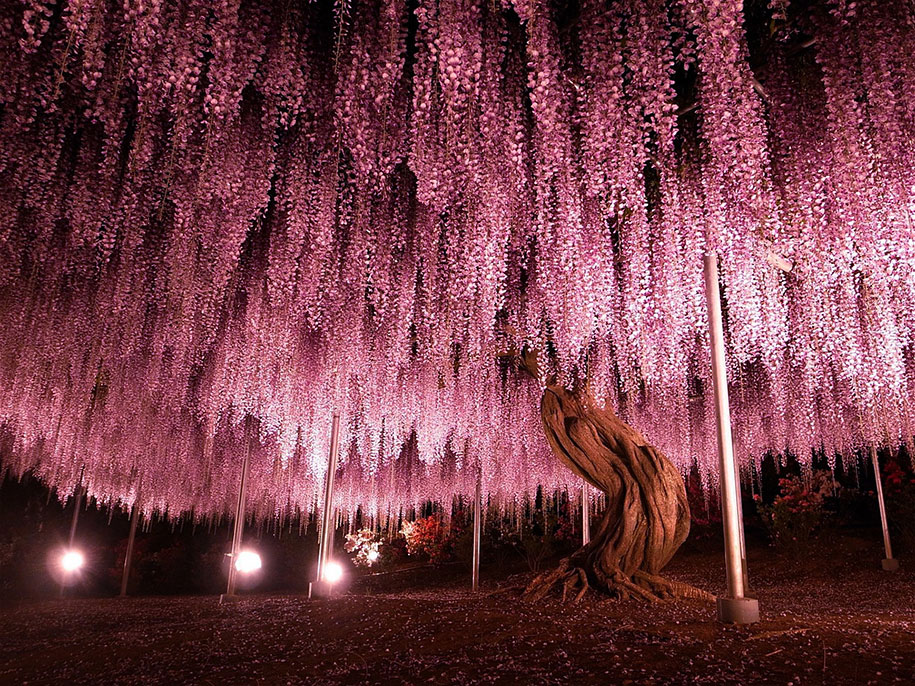 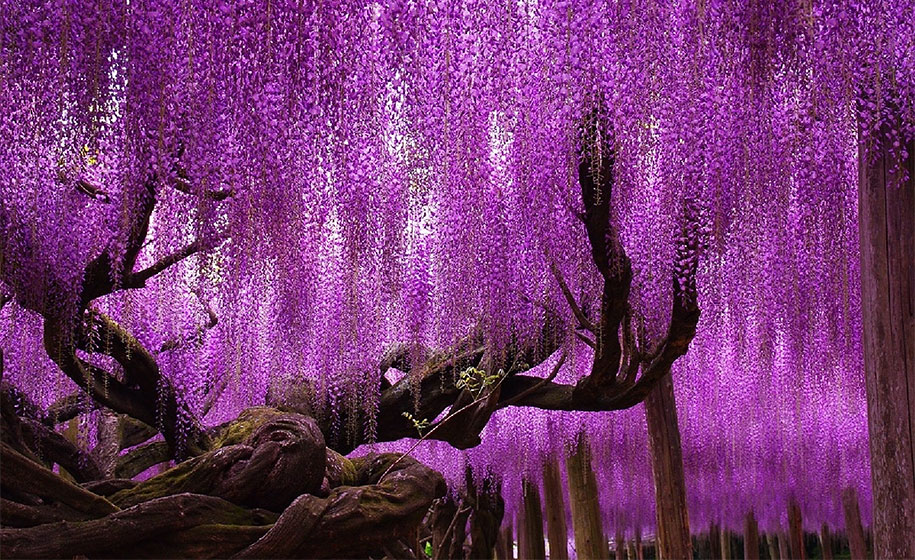 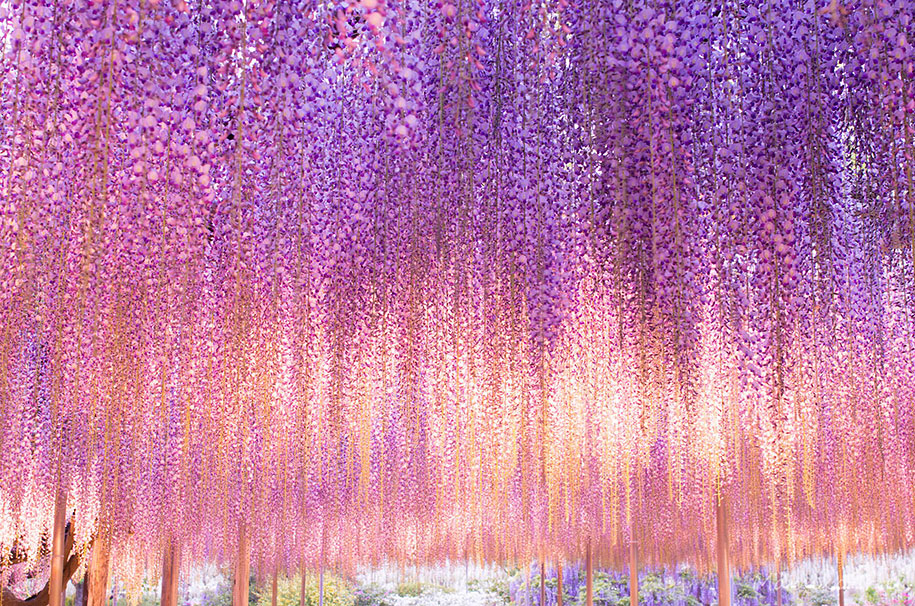 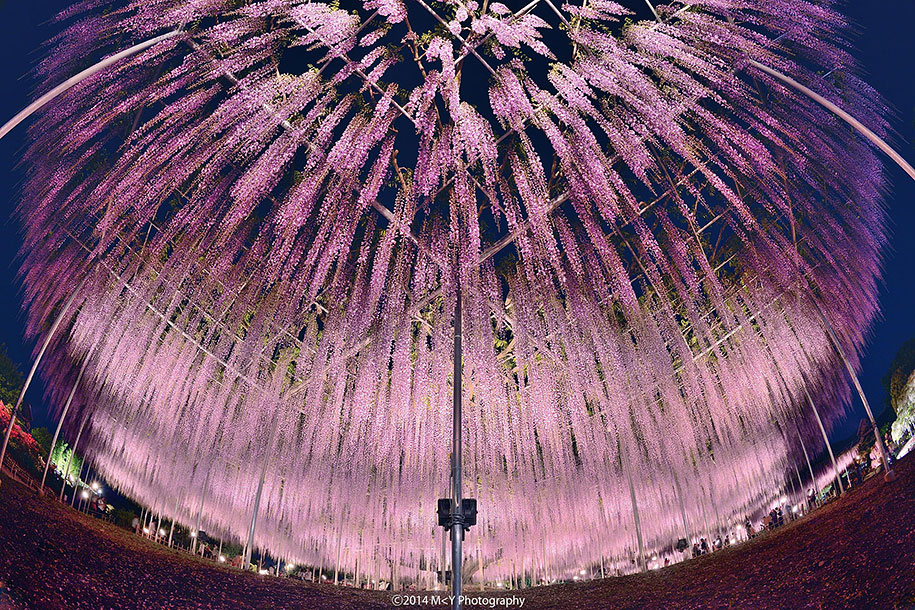 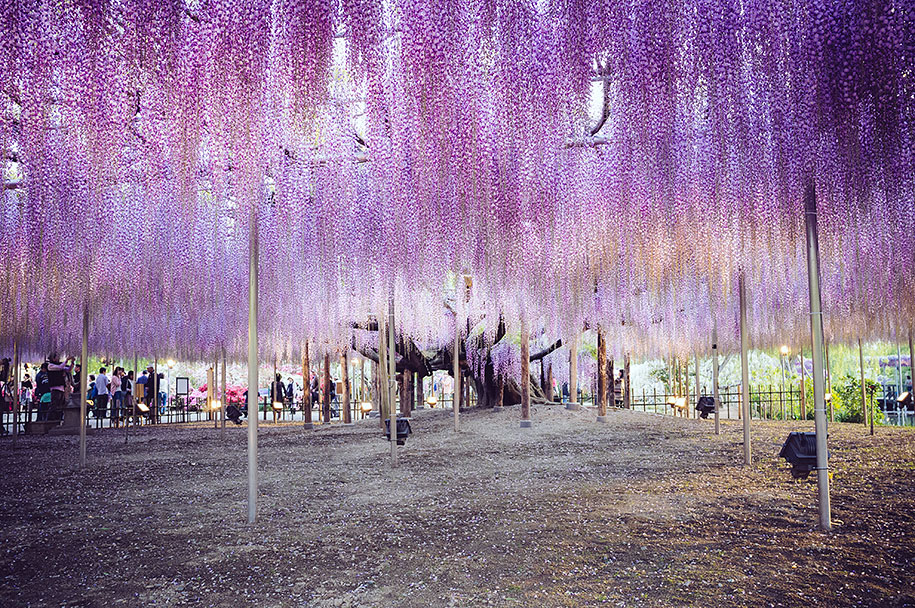 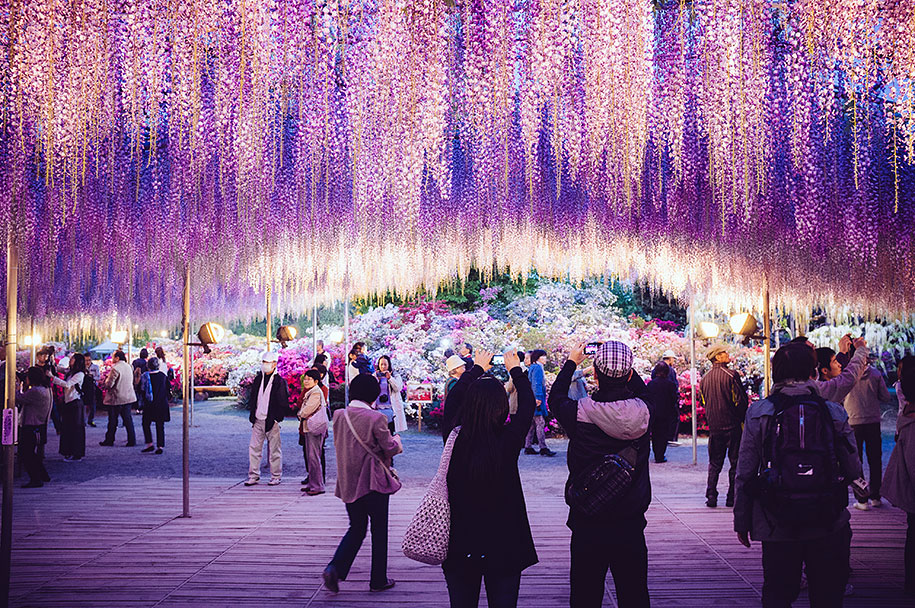 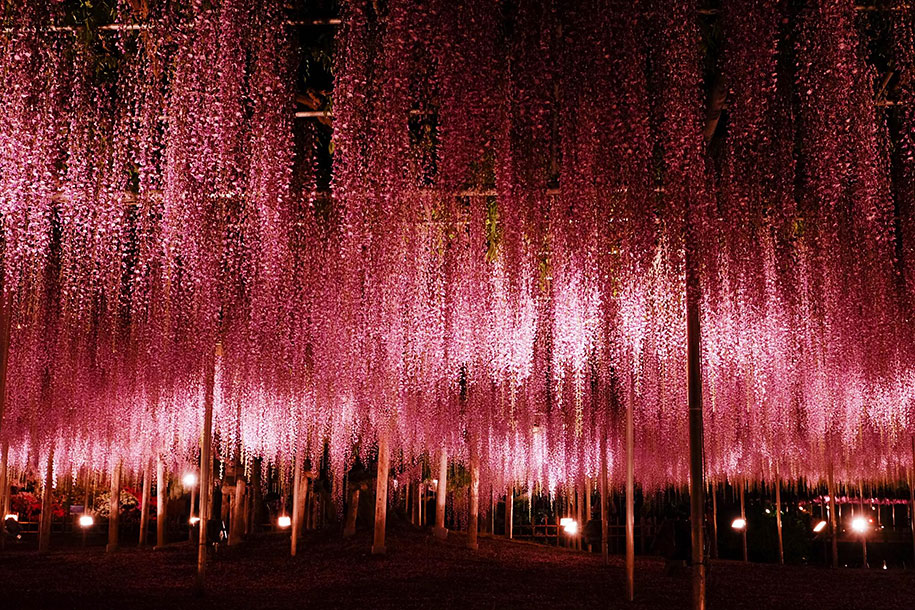 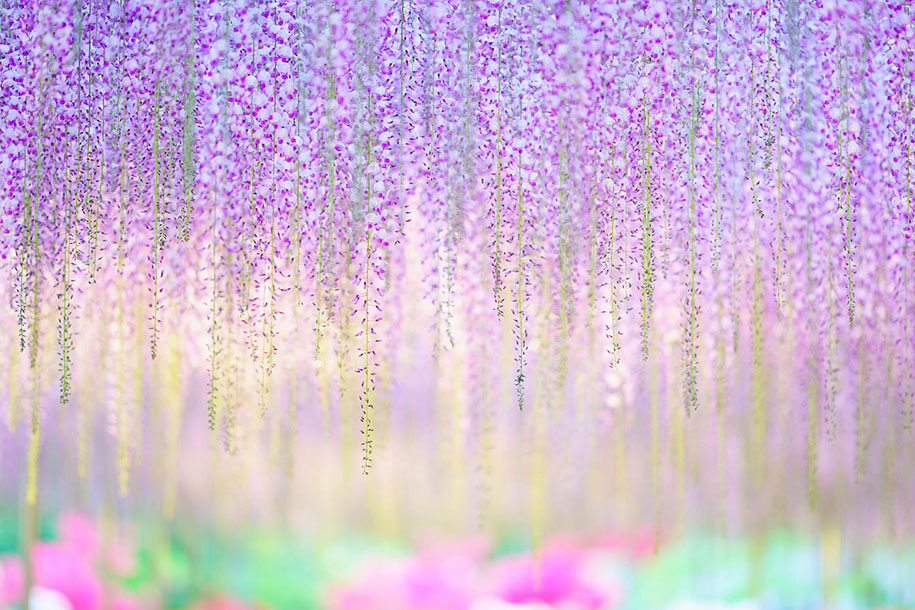 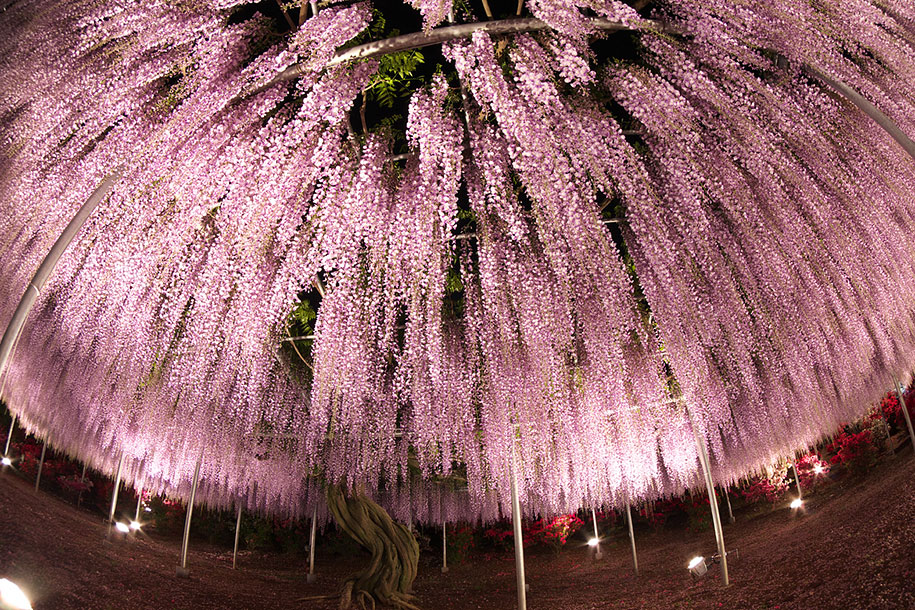 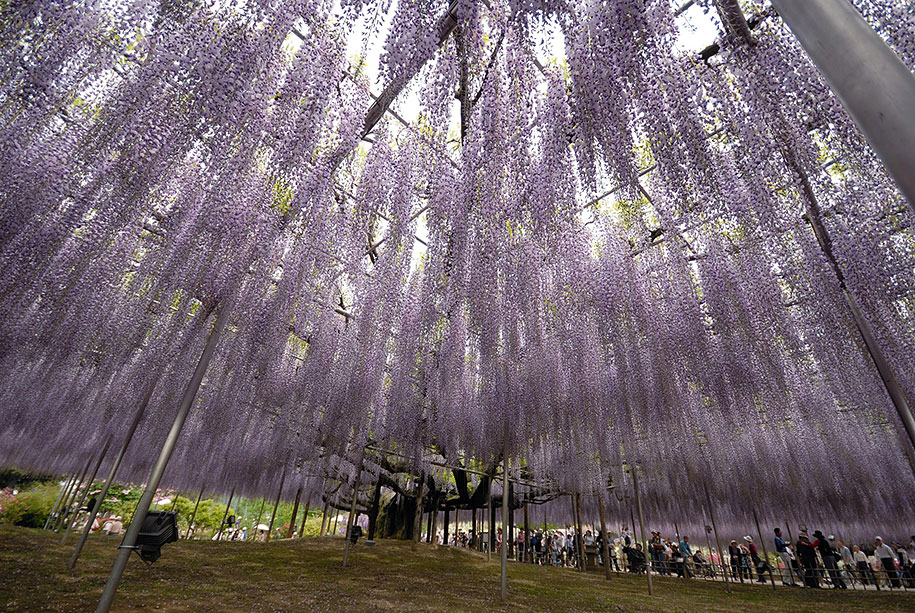 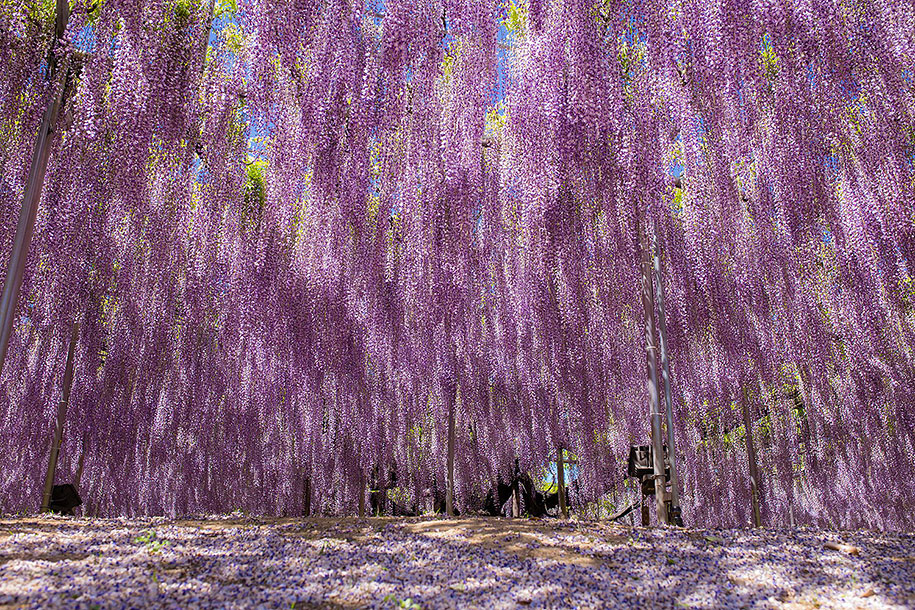