This is not a street art performance or part of a city festival – this is what the old town sector (or medina) in Chefchaouen, Morocco, has looked like every day of the year for quite a few decades. The vivid blue paint covers most of the medina’s walls.

Situated in the Rif mountains, the city of Chefchaouen was found in 1471 and served as a Moorish fortress for exiles from Spain, gradually welcoming Jews and Christian converts as well. It is thought that the suggestion to cover most of its walls in blue tekhelel (an ancient natural dye) was introduced by Jewish refugees in 1930, to symbolize the sky and heaven and to be reminded of the power of God.

Rich with historical monuments, cultural diversity and the beauties of nature, the city, with its divine-looking blue walls, is a haven for the restless soul. 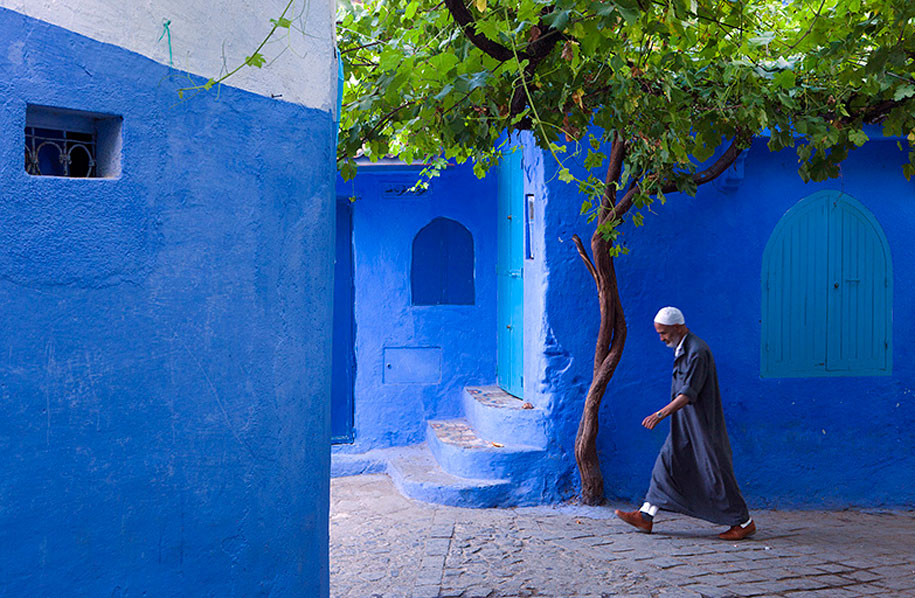 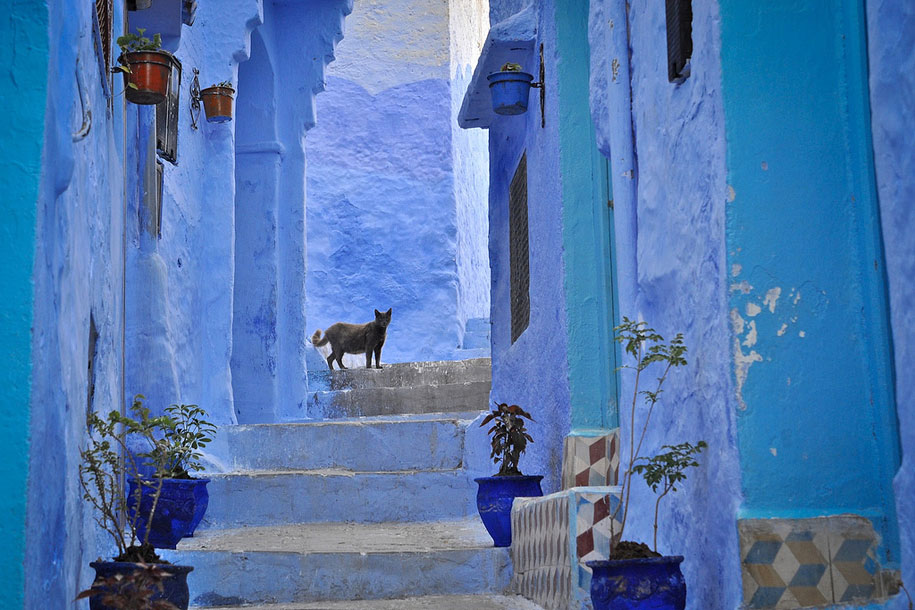 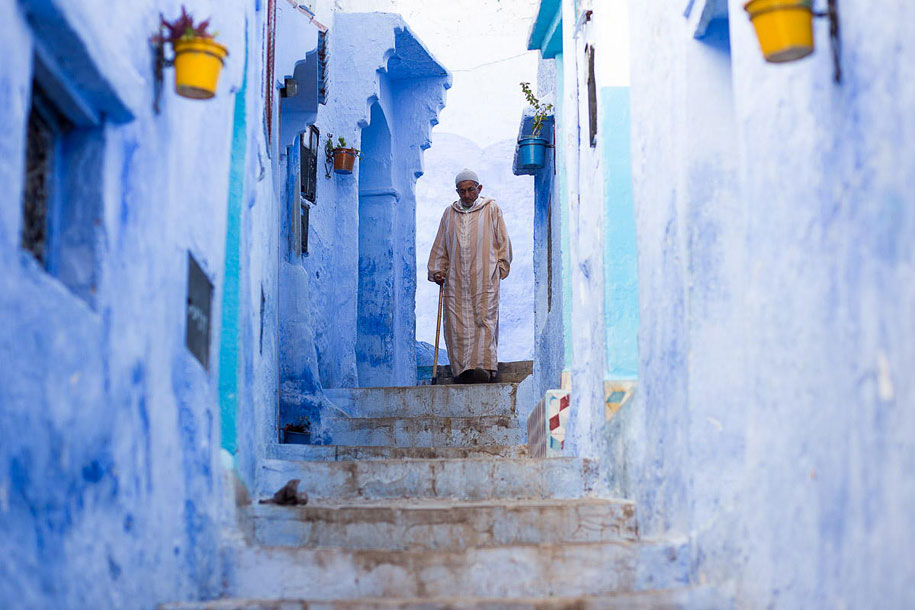 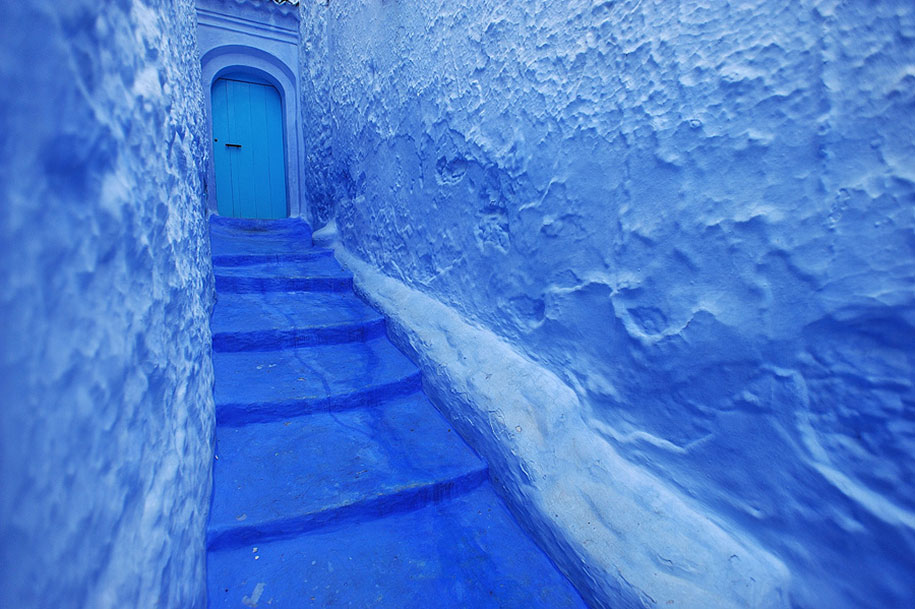 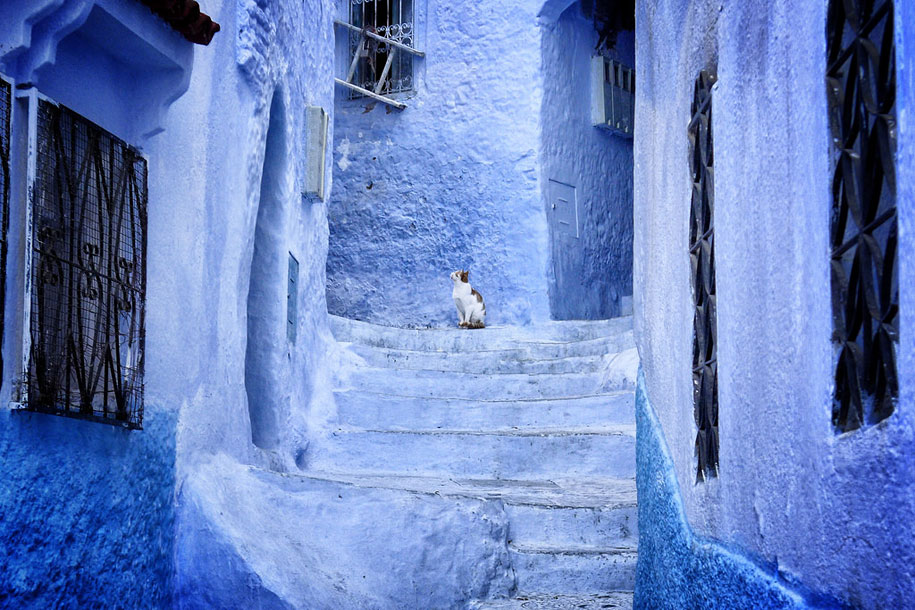 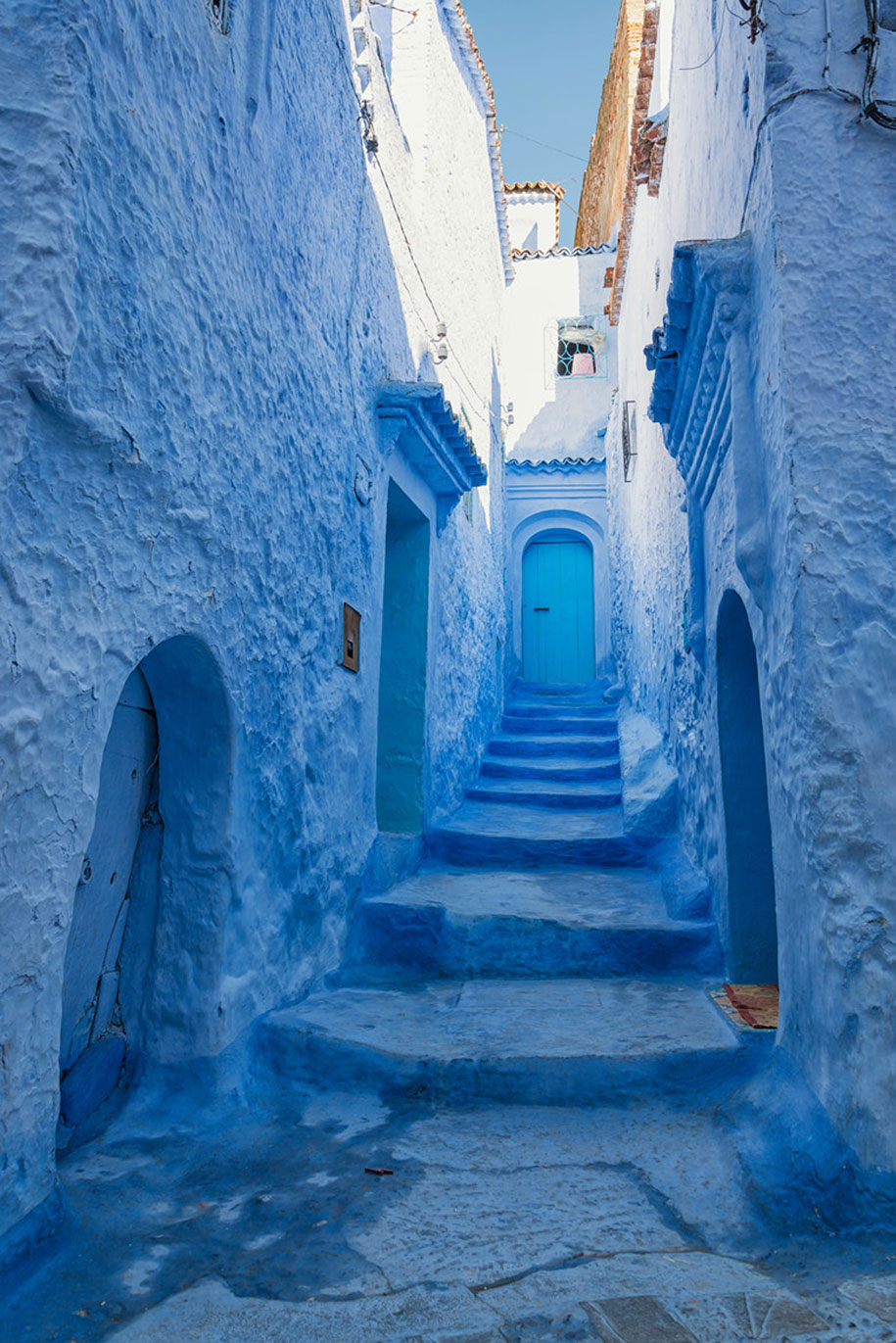 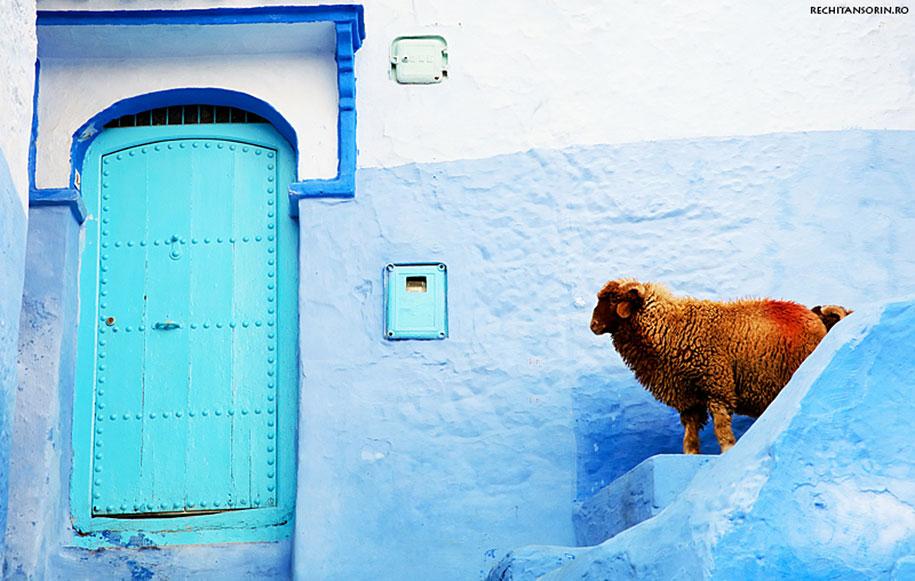 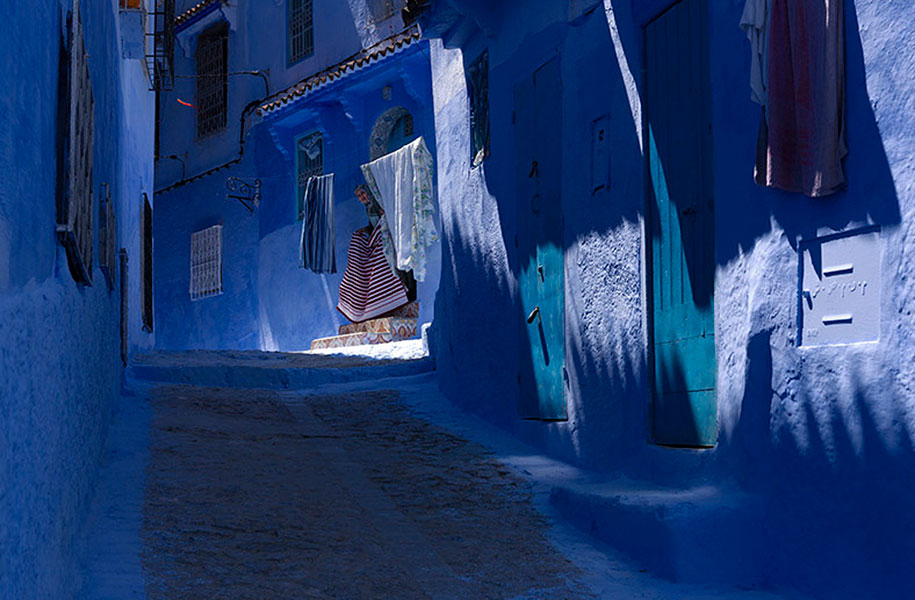 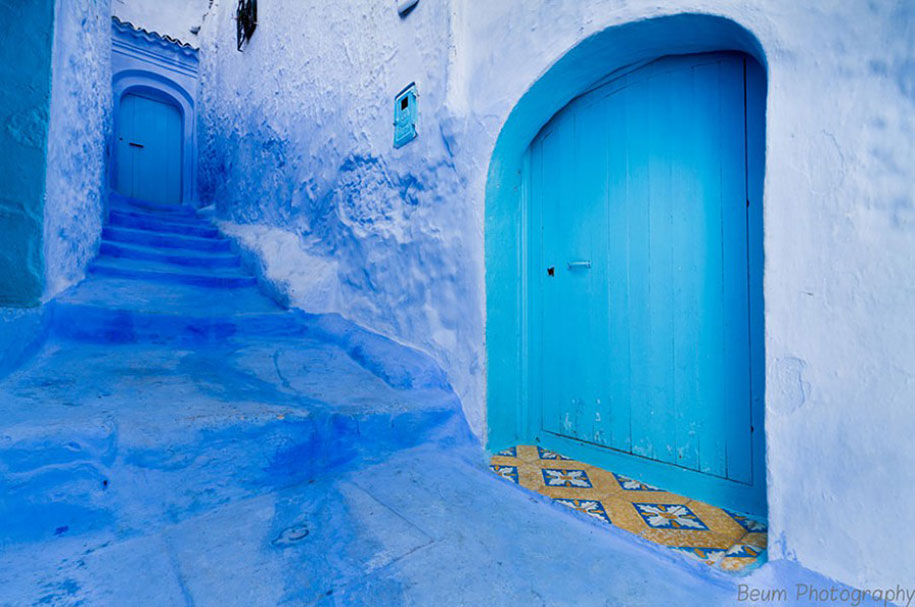 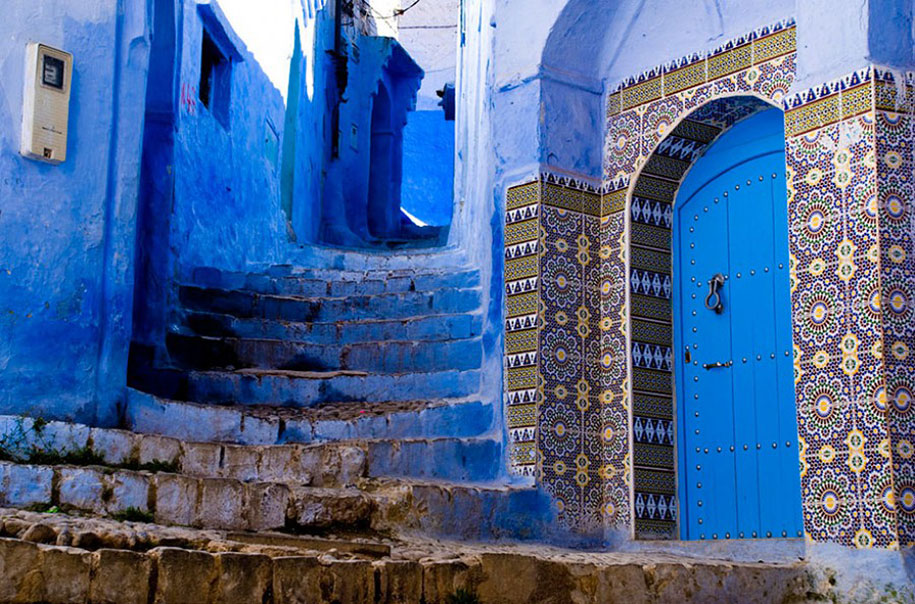 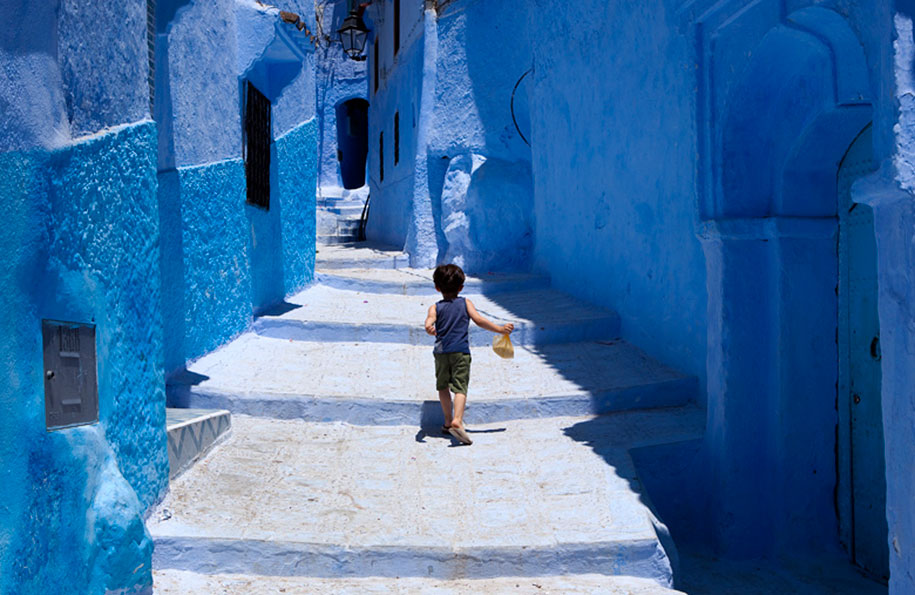 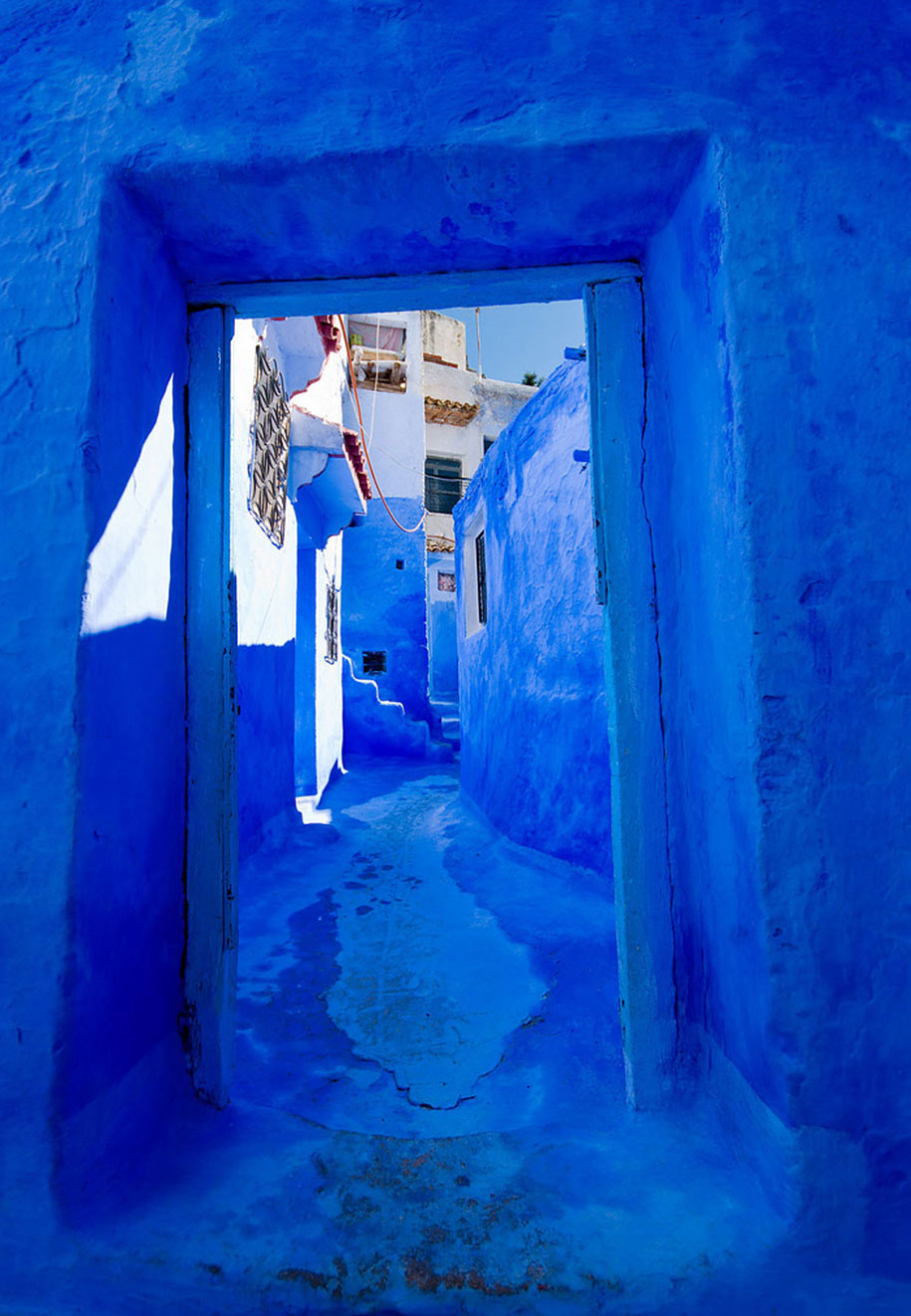 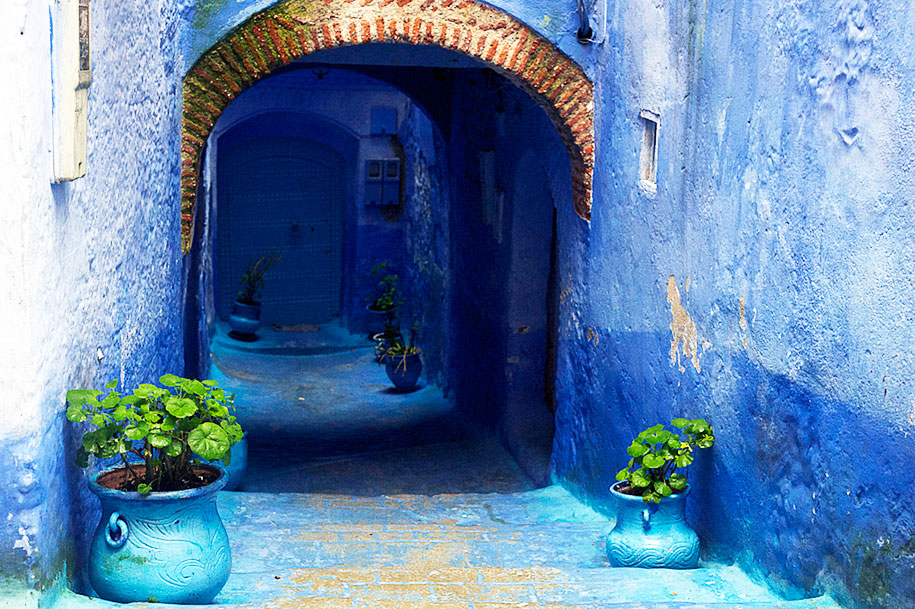 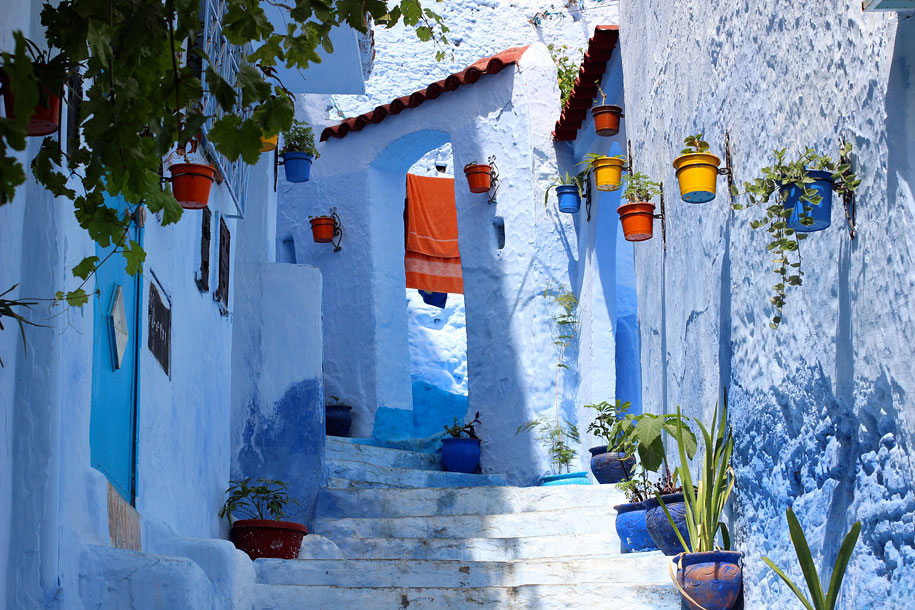 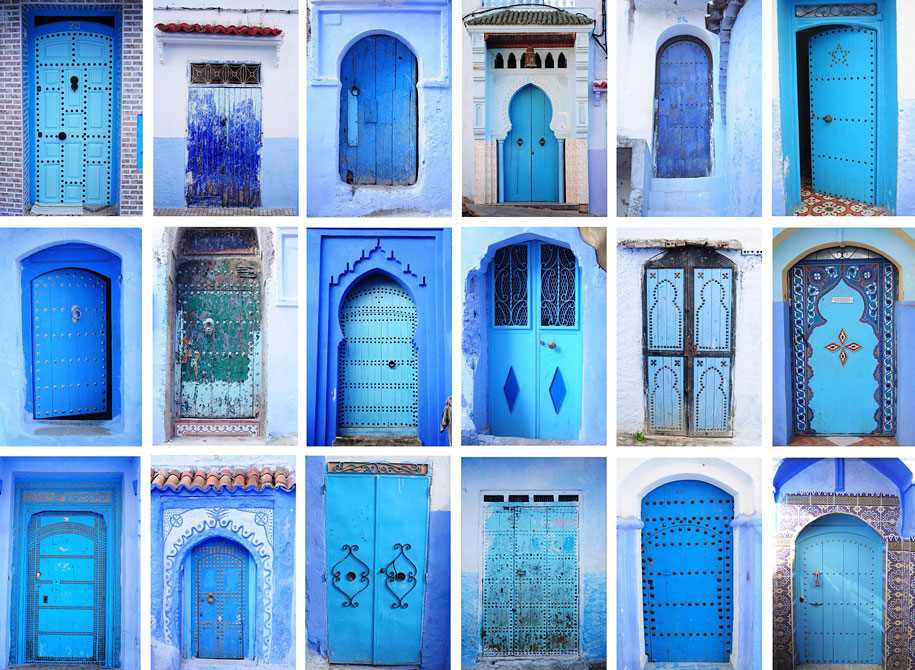 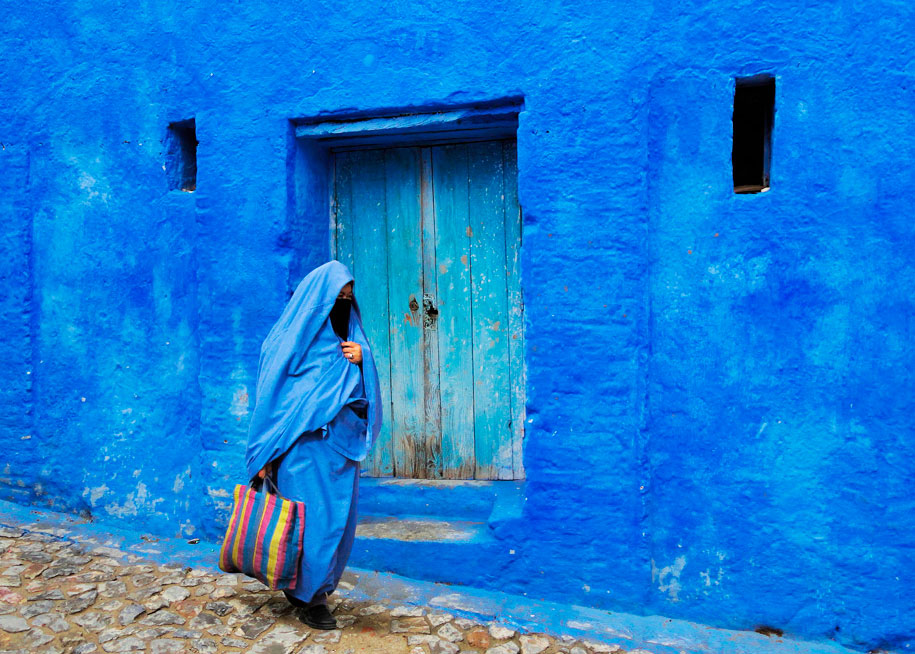 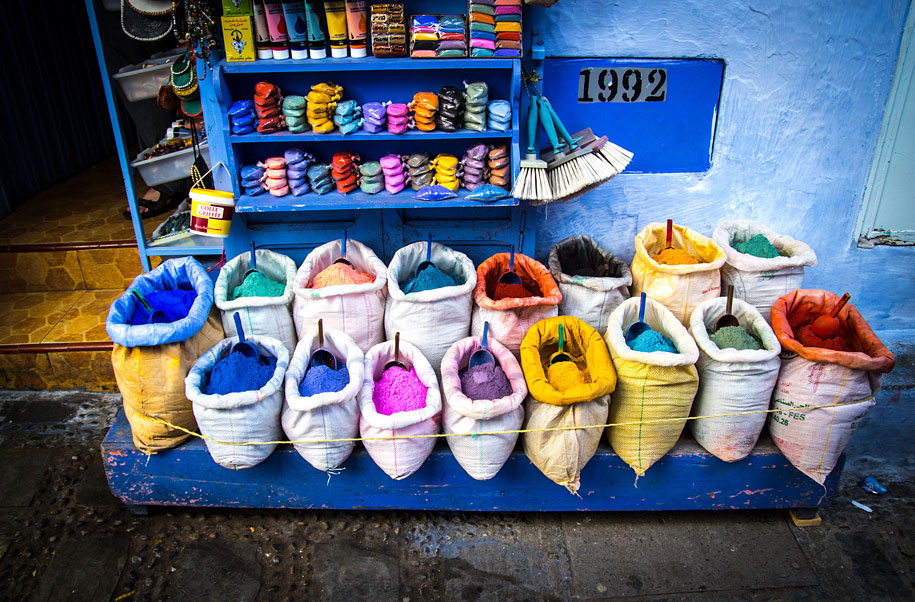 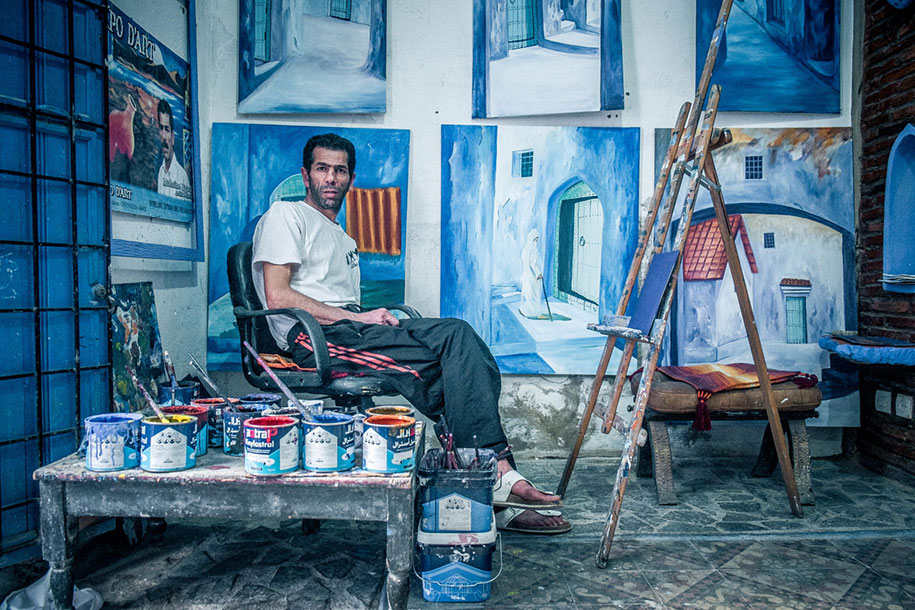