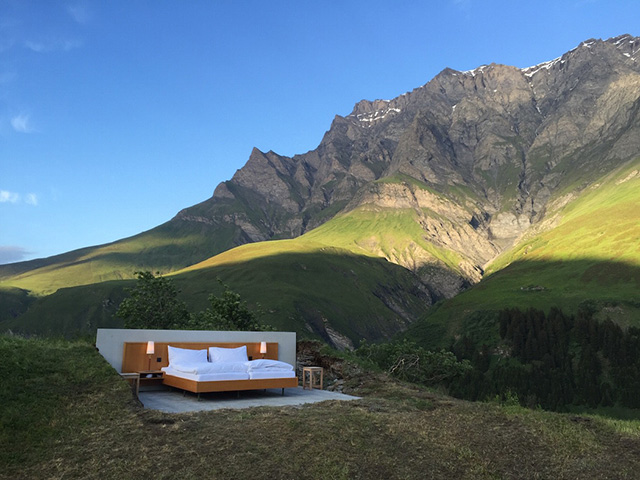 How cool would it be to wake up to a mountain view through your window? Hell, why not skip the window, doors, and walls altogether. How about waking up in just a bed in the middle of the mountains?

That was the idea behind the new Null Stern Hotel suite in the Swiss Alps, created by conceptual artists Frank and Patrik Riklin. The minimalist hotel features a bed, two night stands, a pair of lamps and an absolutely breathtaking view of the mountains. What gives it a more traditional hotel feeling is the included butler service and a complimentary breakfast served right to the bed. The only thing you might miss is the bathroom, but even that is only 10 minutes walk away.

By now you’re probably guessing how much it costs, and actually, it’s not that crazy with a fairly reasonable price tag of $250 per night.

This is the second unusual Null Stern Hotel: “Even though this version is radically different from the first one in the nuclear bunker, the essence and the spirit of the concept remains the same — to put the guest at the center of the experience and to focus on the intangible by reducing everything else to the minimum,” hospitality professional Daniel Charbonnier told Inhabitat. 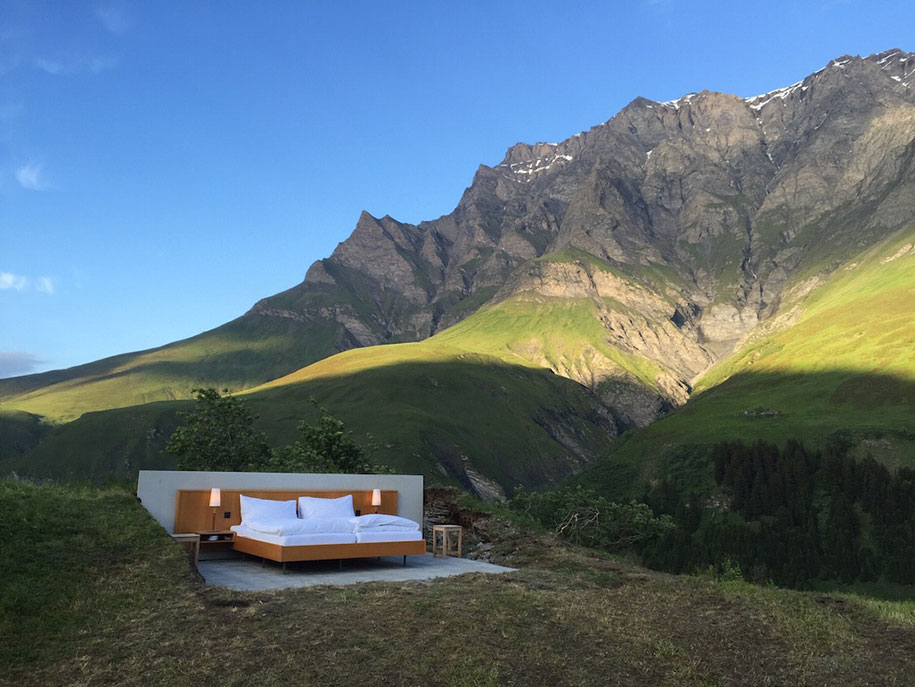 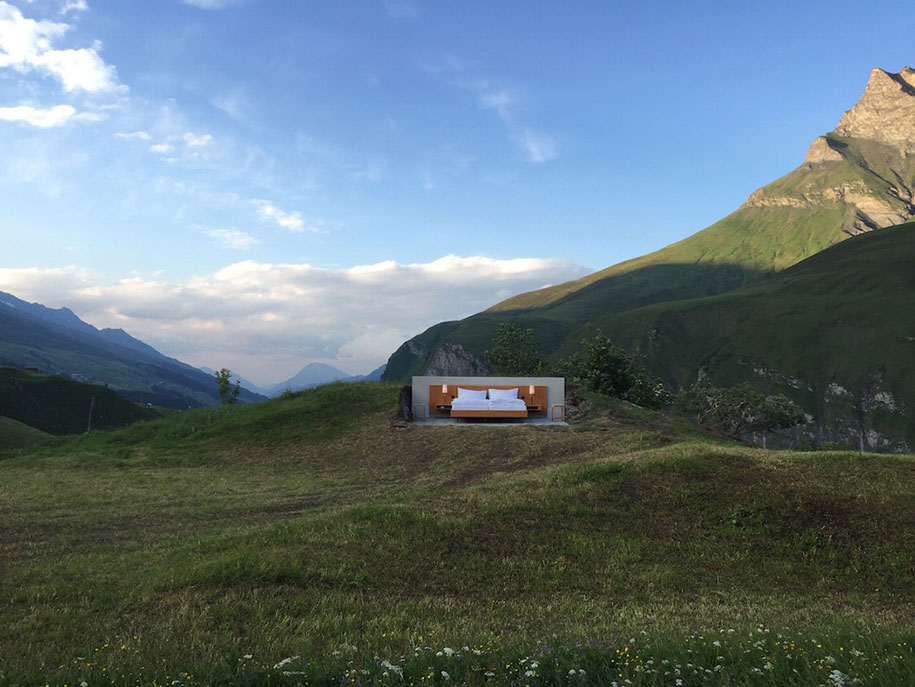 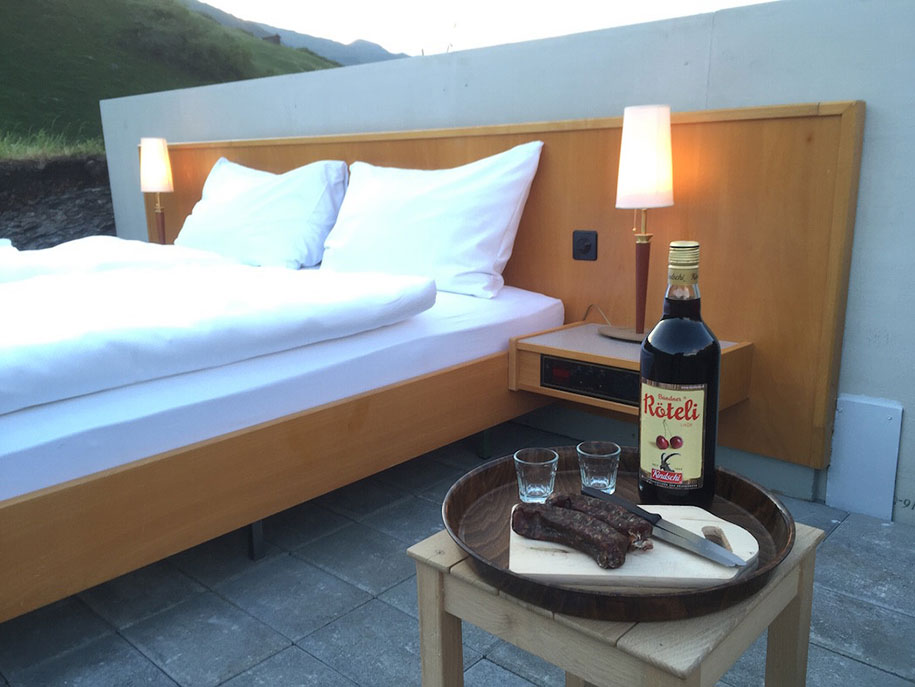 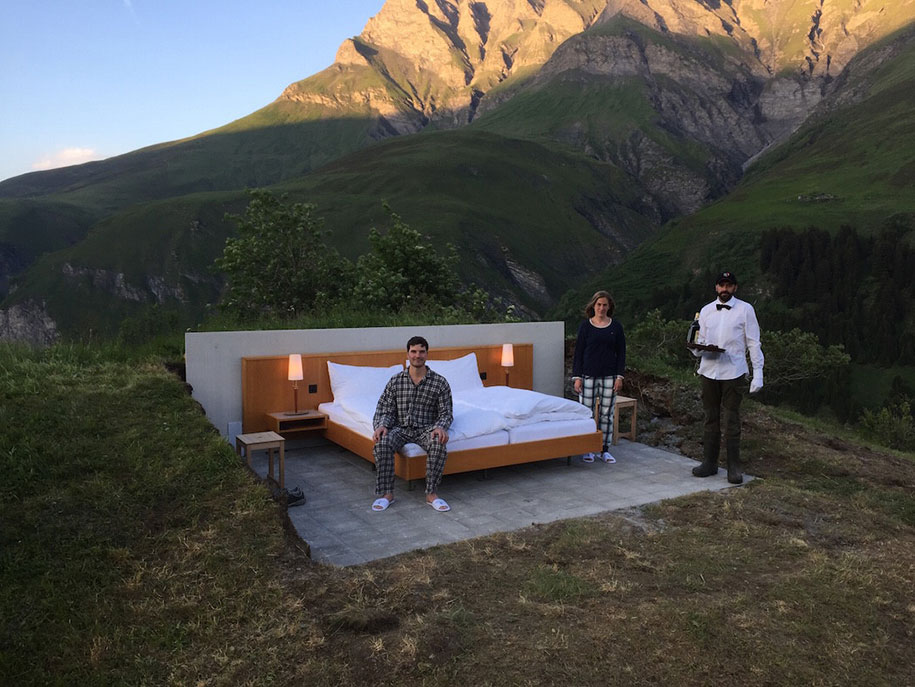 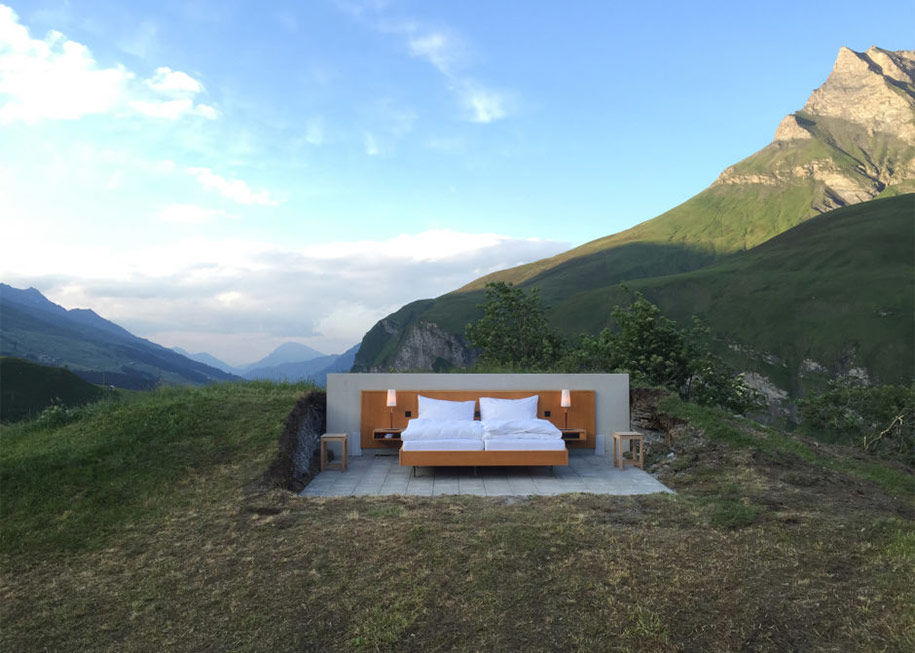