Body painting is the magnificent art of disguising the familiar human shapes with lines and color. Italy born-and-based artist Johannes Stötter is very good at it, as this magnificent chameleon shows. It‘s as colorful as the real thing, and it even crawls on a branch… Yet it is actually two women! Masterfully painted and put together, they make for one realistic illusion. The moments before they start unfolding are especially unsettling. It looks like chameleon, but something unnatural is happening to its skin… or under it. And then arms appear!

The artist behind this, Johannes Stötter, is multi-talented, doing both body painting and music. As a body painter, he‘s auto-didactic (self-taught), and made his first appearance in 2009 World Bodypainting Festival in Austria. He became world champion in 2012. His five-person frog exploded onto the world stage in 2013, appearing well, basically, everywhere.

Let‘s see if the chameleon will blend it. 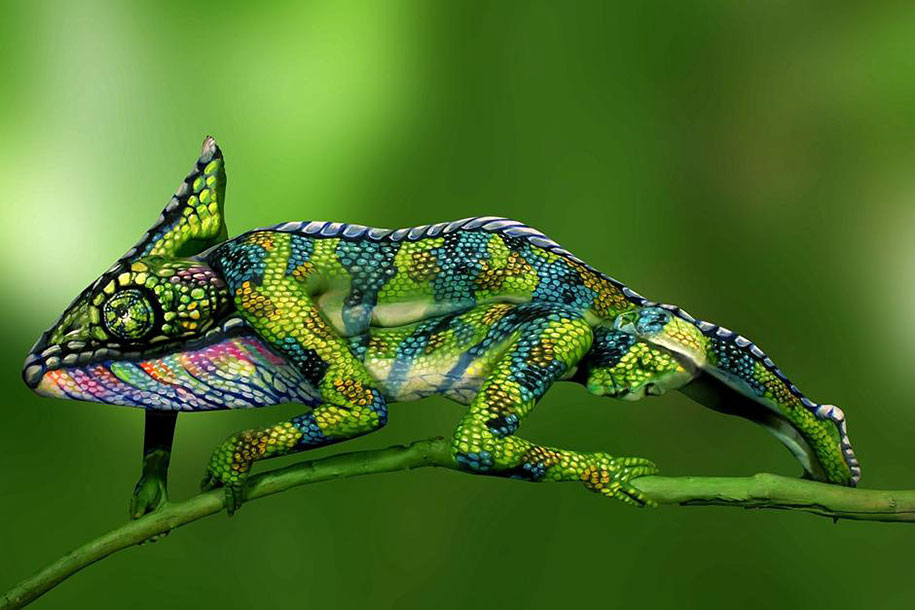 This body-painting frog exploded on the Internet in 2013: 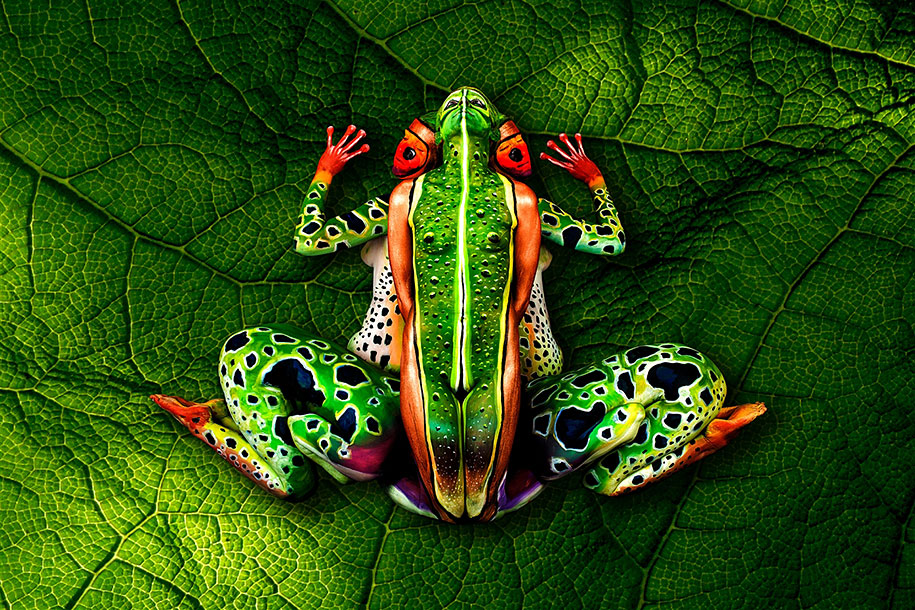