Andreas Lie makes animal art via the effect that scared anyone who has ever had a film camera – double exposure. His work combines pictures of animals with their natural surroundings, resulting in fox, wolf or bear shaped windows into the forests that they inhabit. It’s an interesting idea, getting you to consider not just the animals themselves, but also their surroundings. It could be considered as a take on “forest for the trees”, illustrating that we usually don’t think about the animals when we see landscape shots of forests.

Andreas Lie is a Norwegian engineering student who lives near Bergen. The place is surrounded by seven mountains, which gives him ample opportunity to observe forests, lakes and nature. Andreas does other art, too, like abstract stroke paintings that transform into silhouettes of women.

His art can be seen, appreciated and bought at Society6! 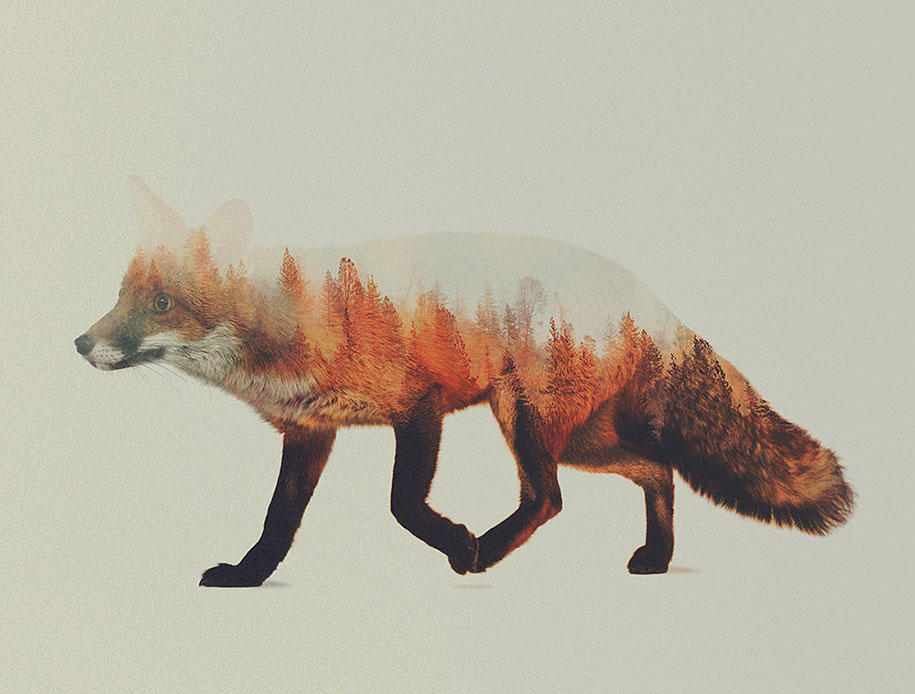 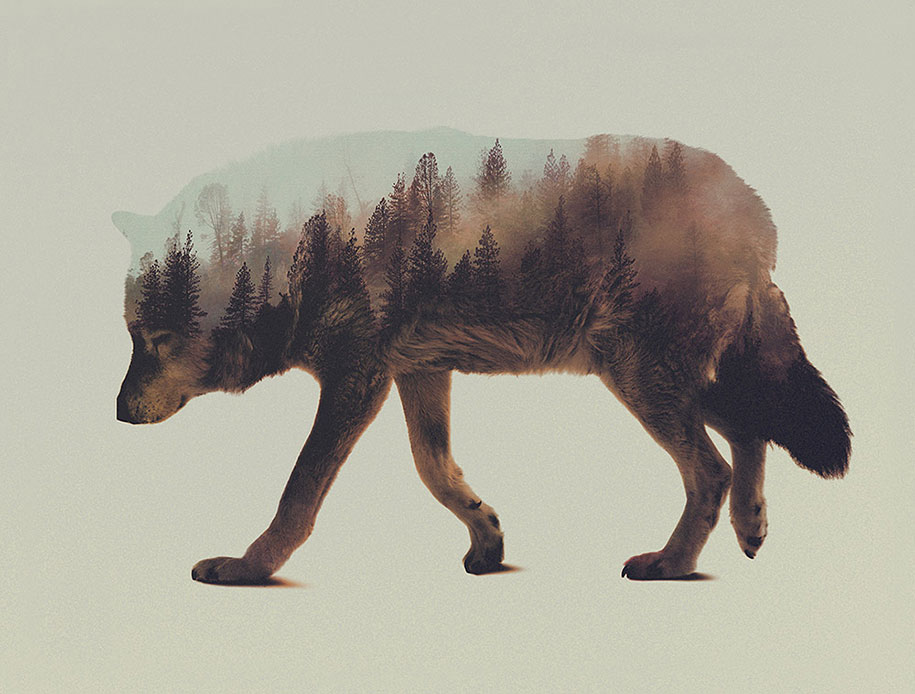 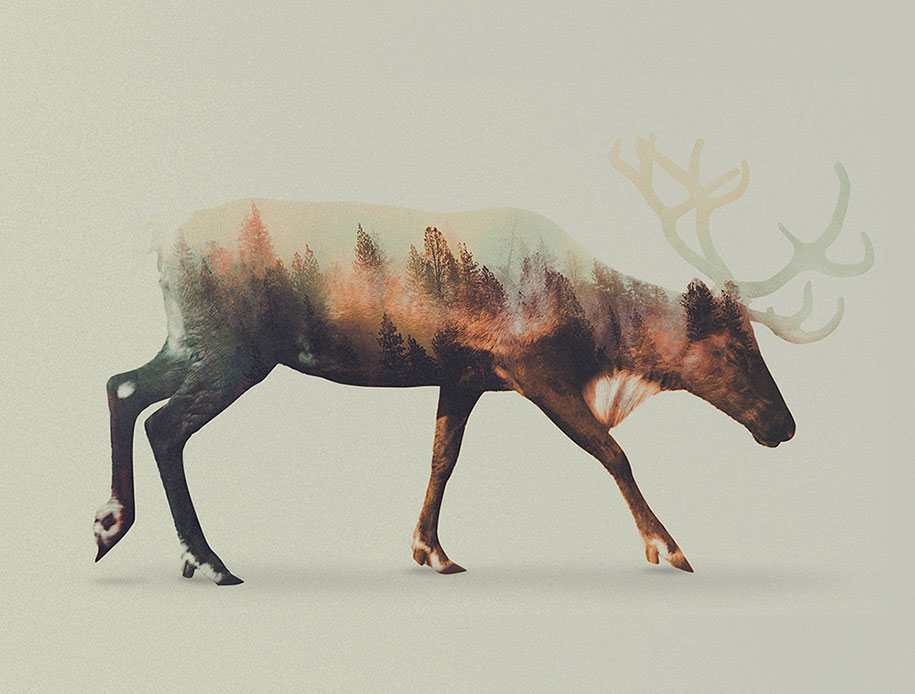 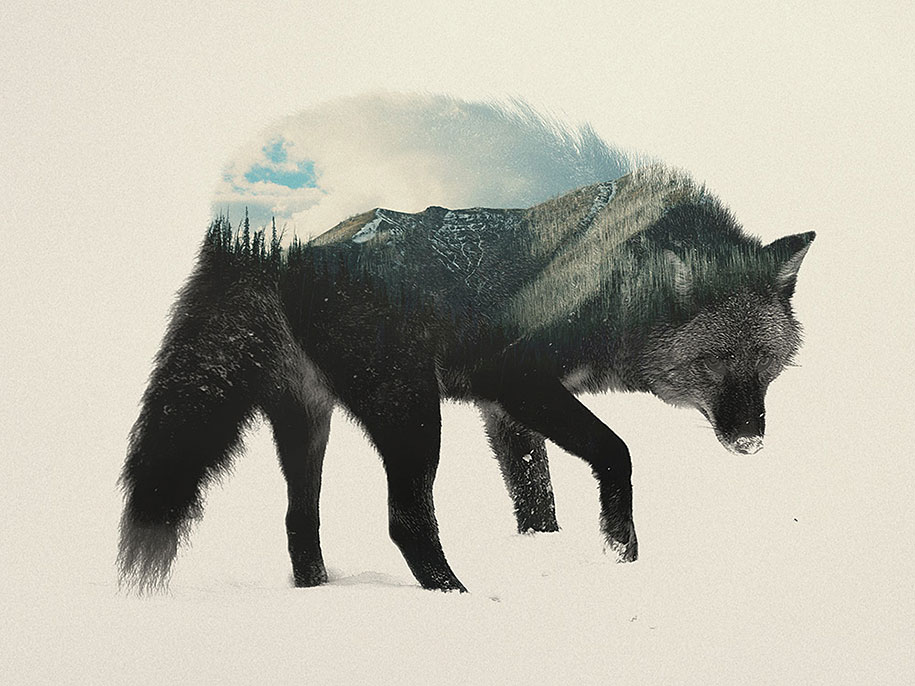 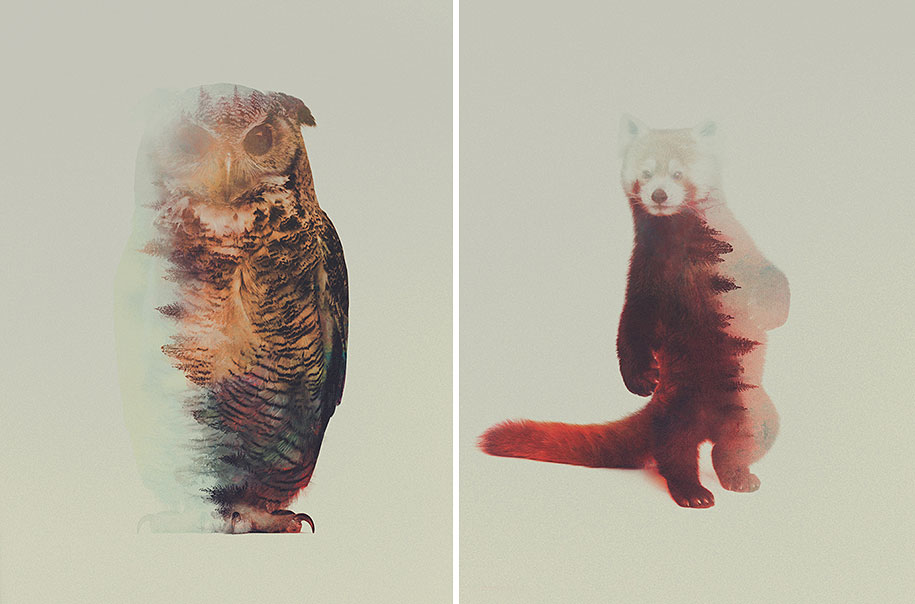 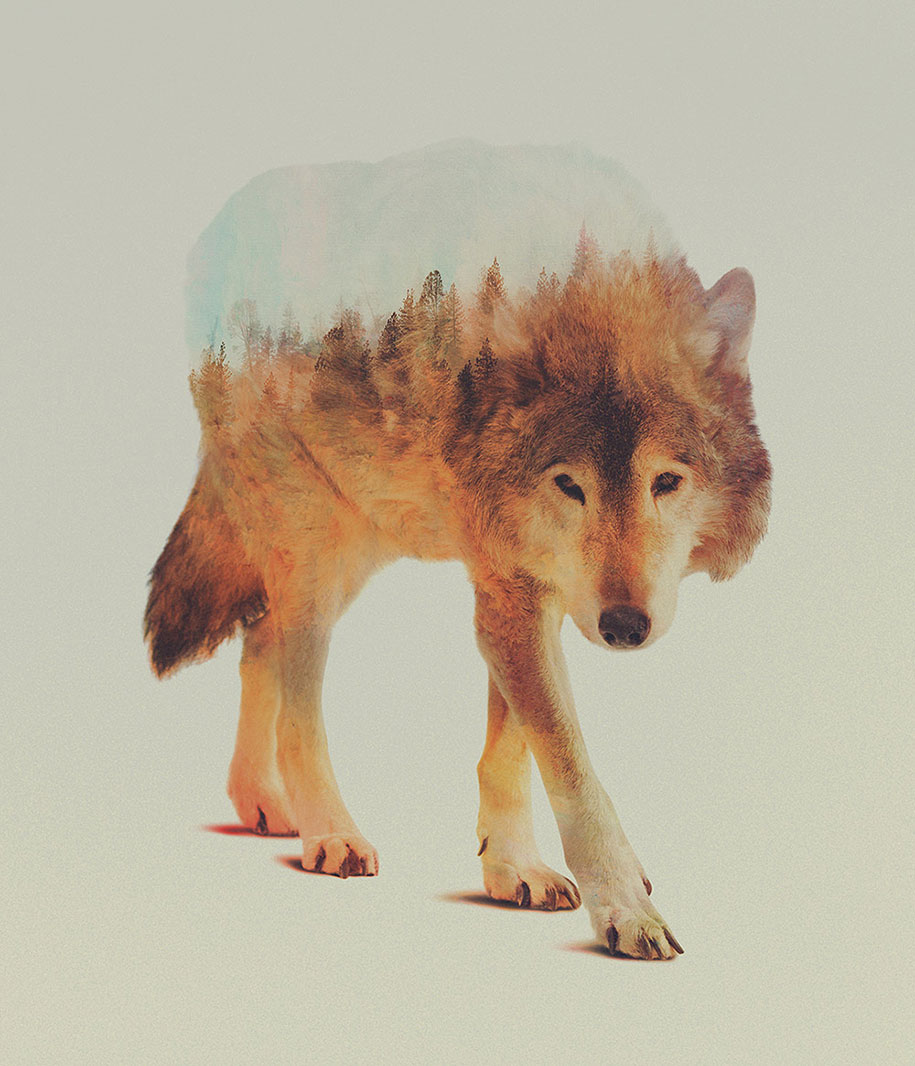 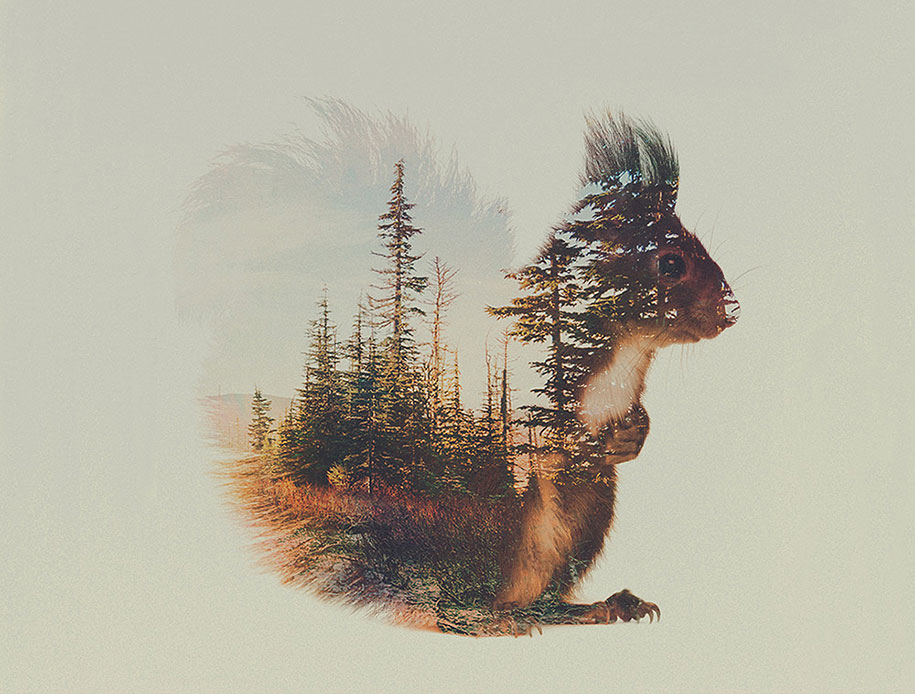 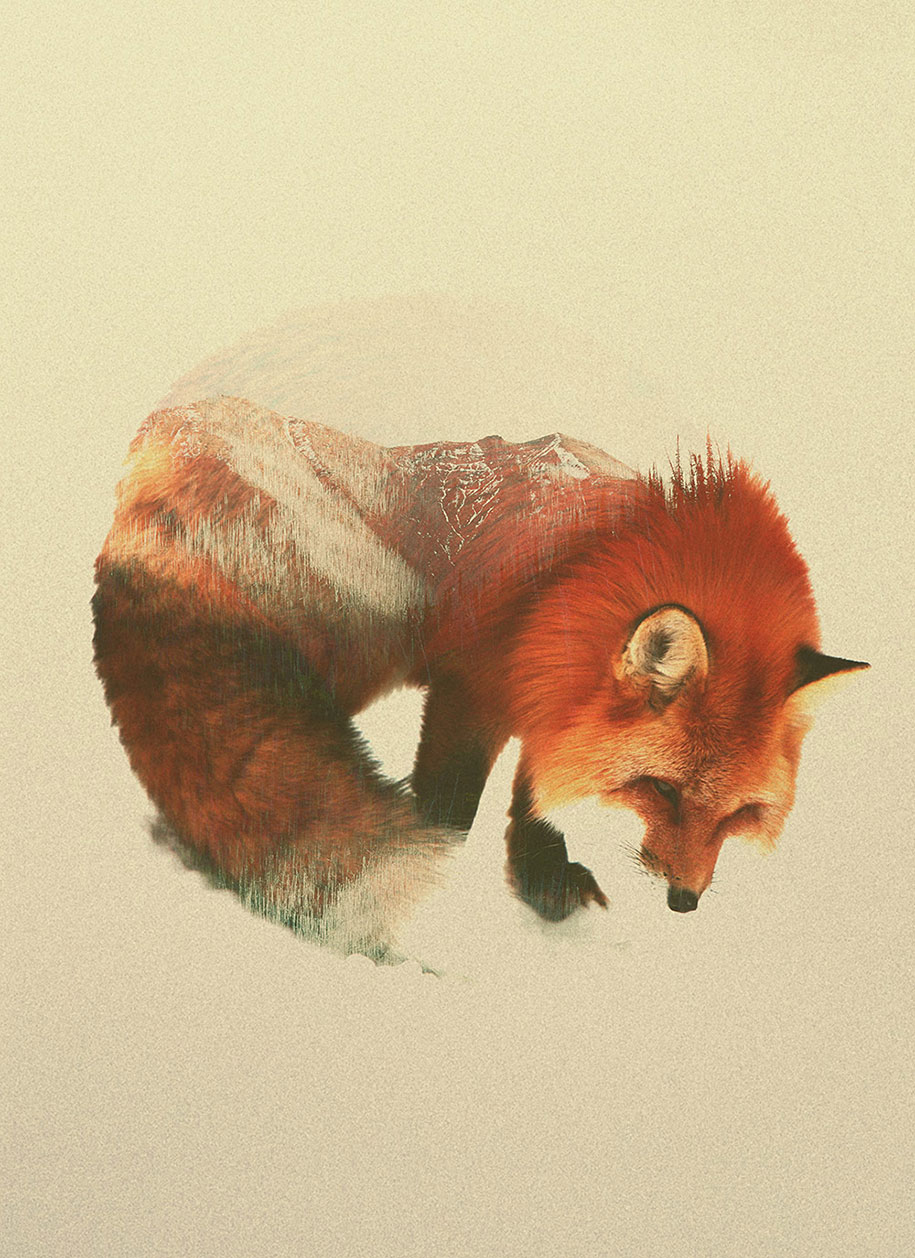 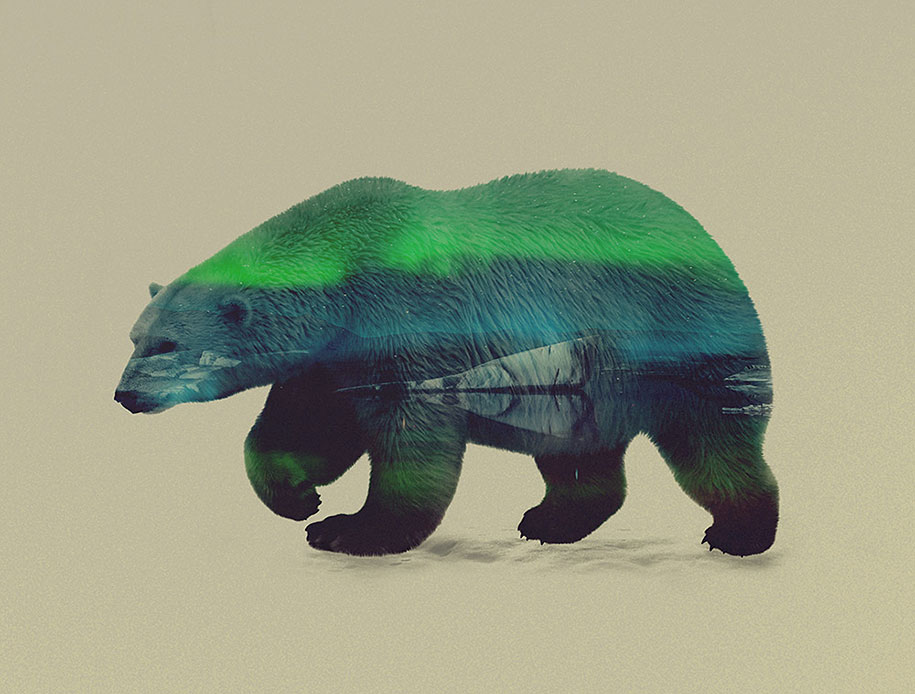 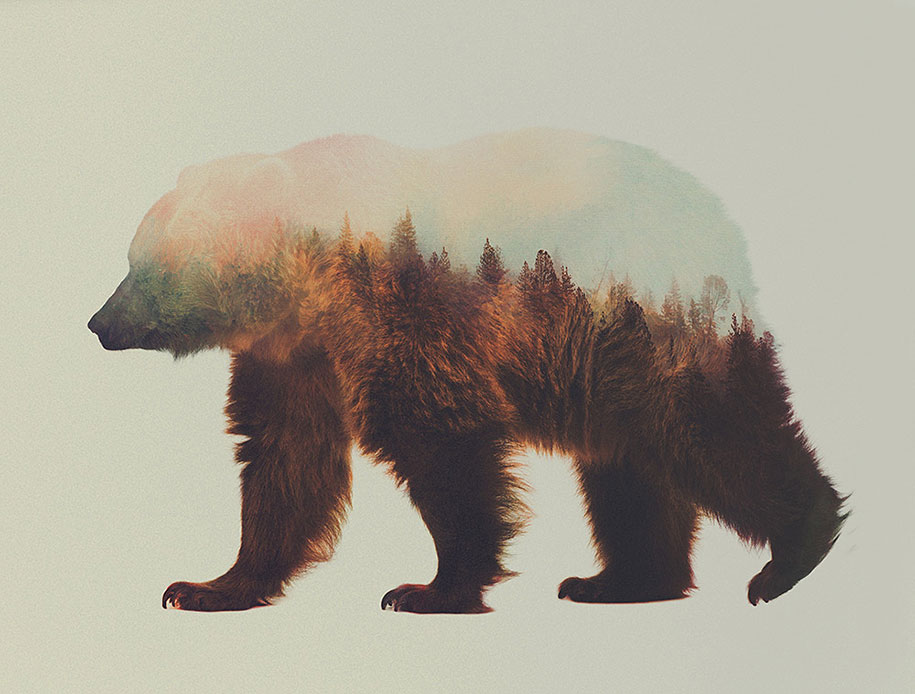 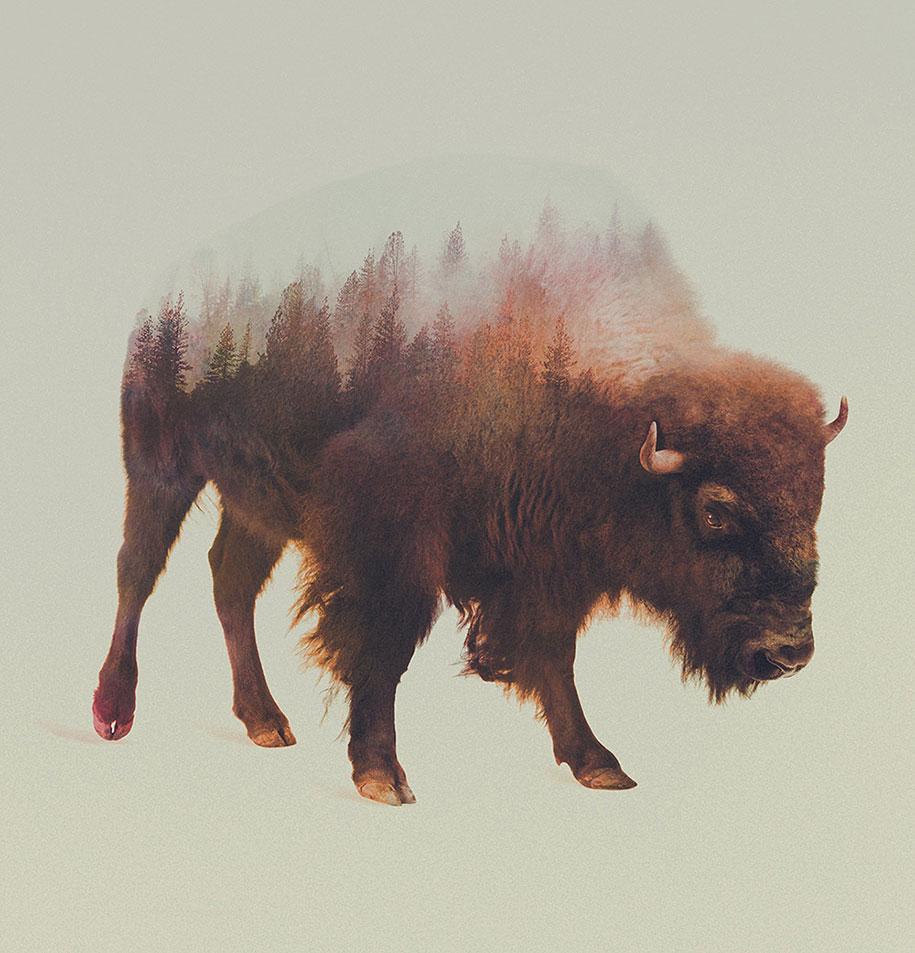 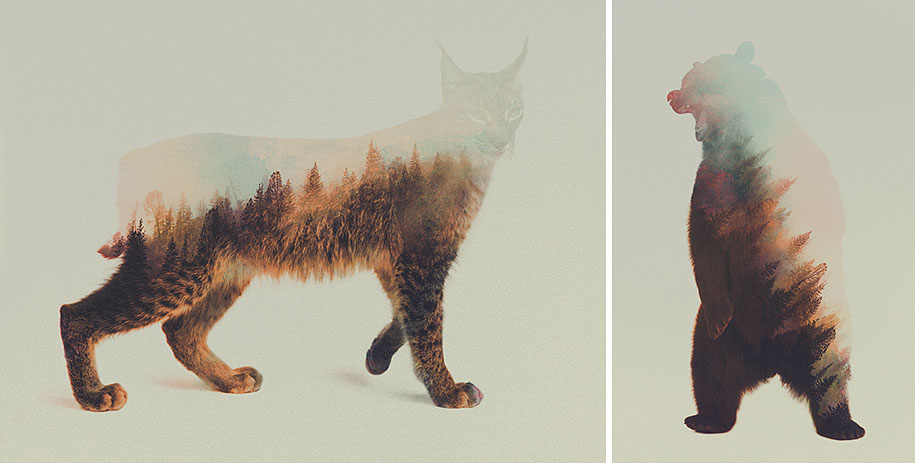 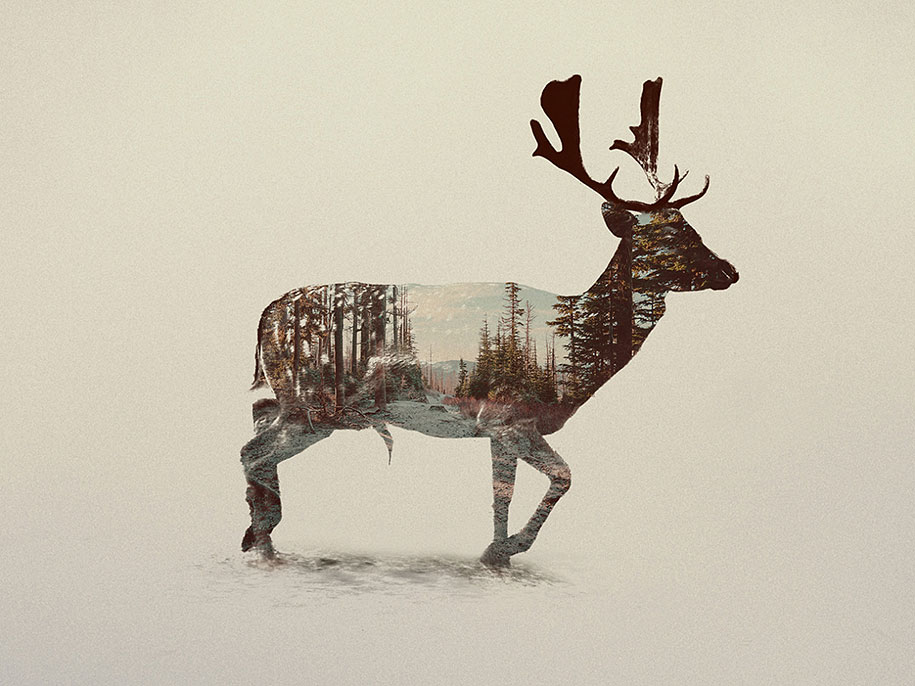 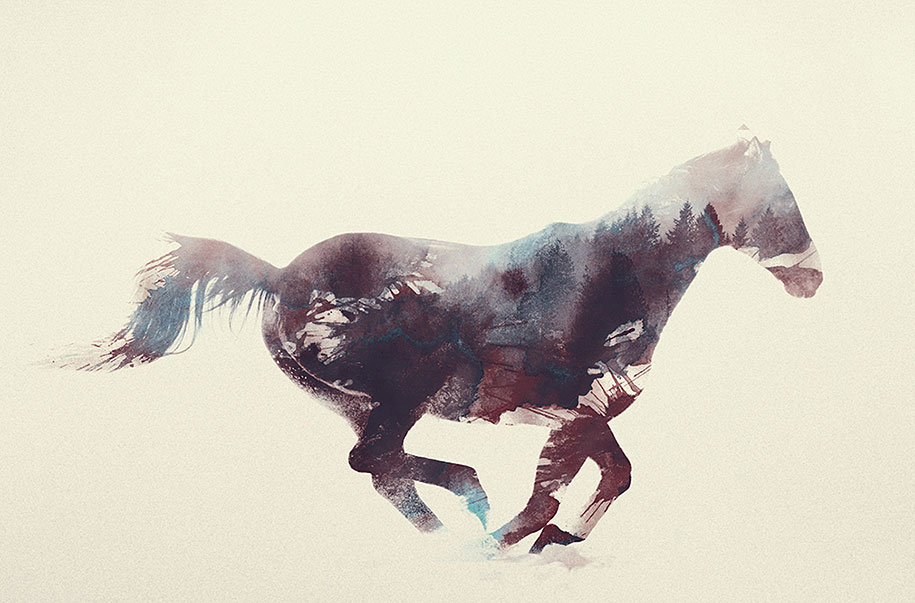 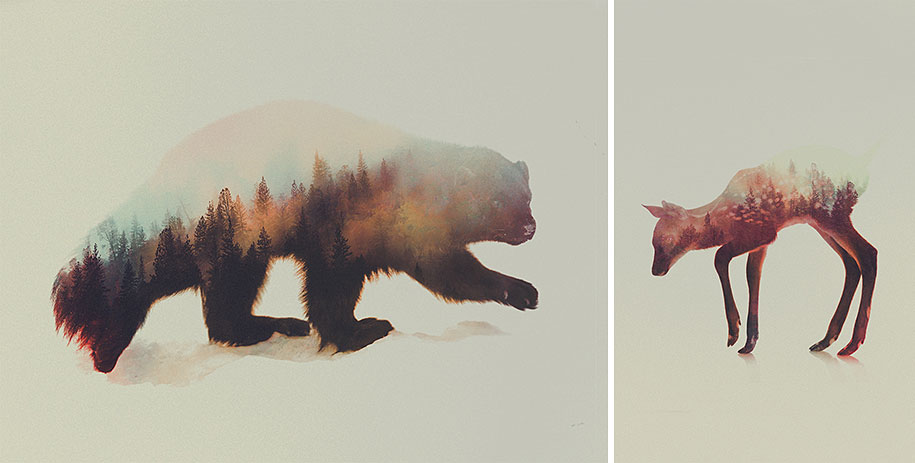 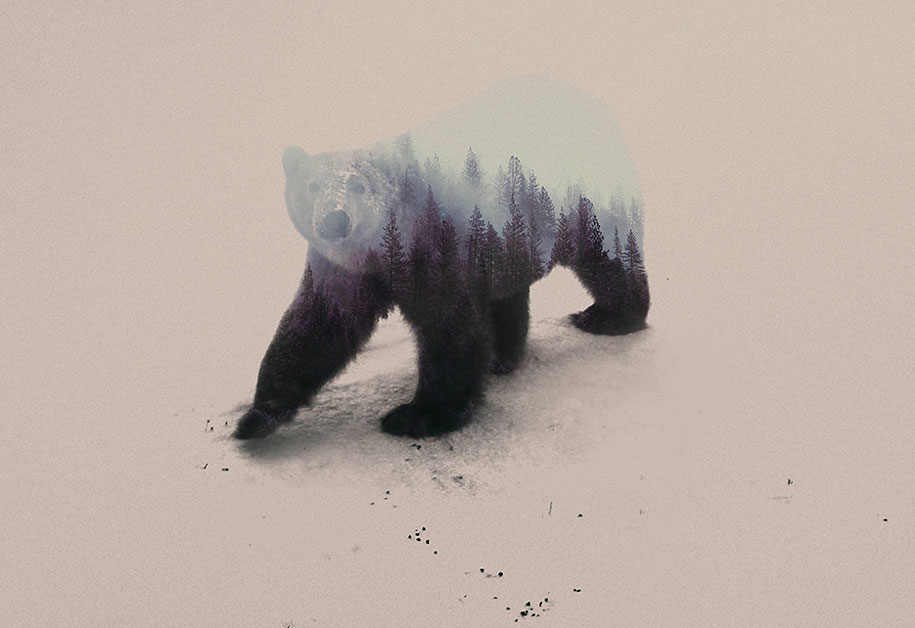 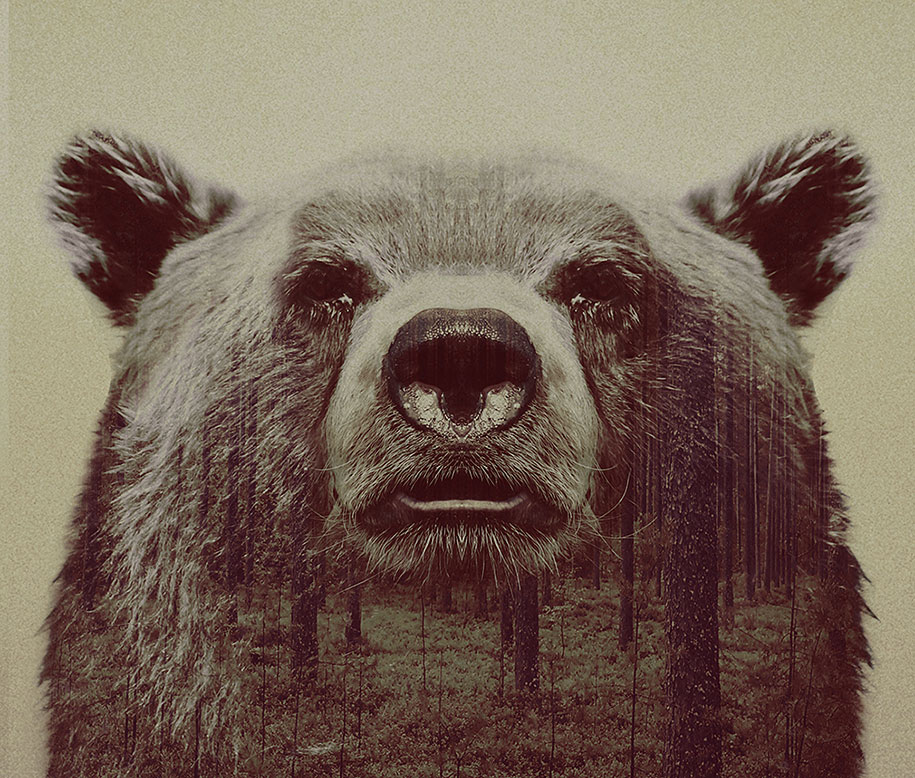 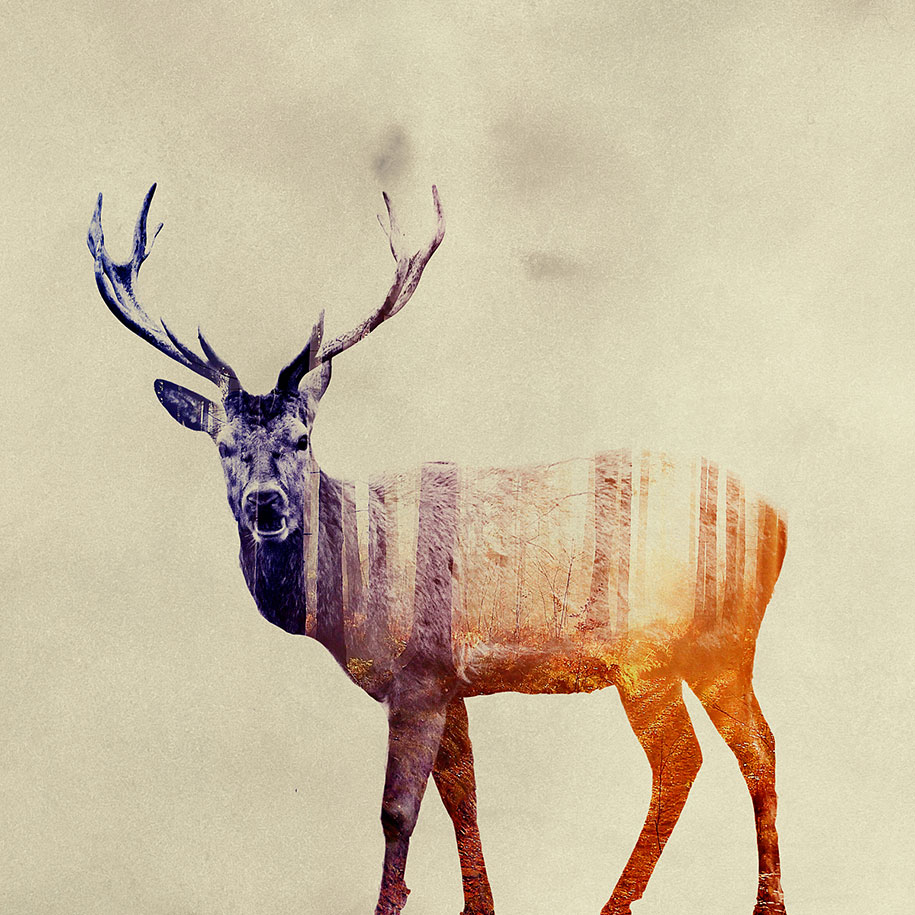 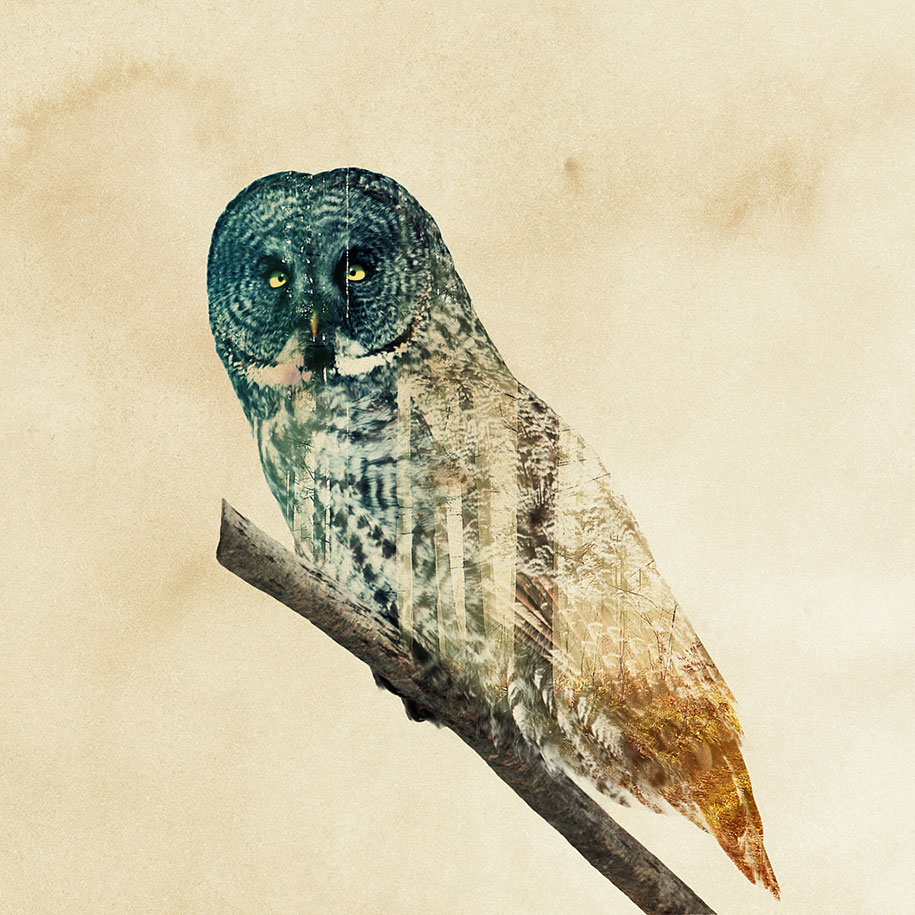 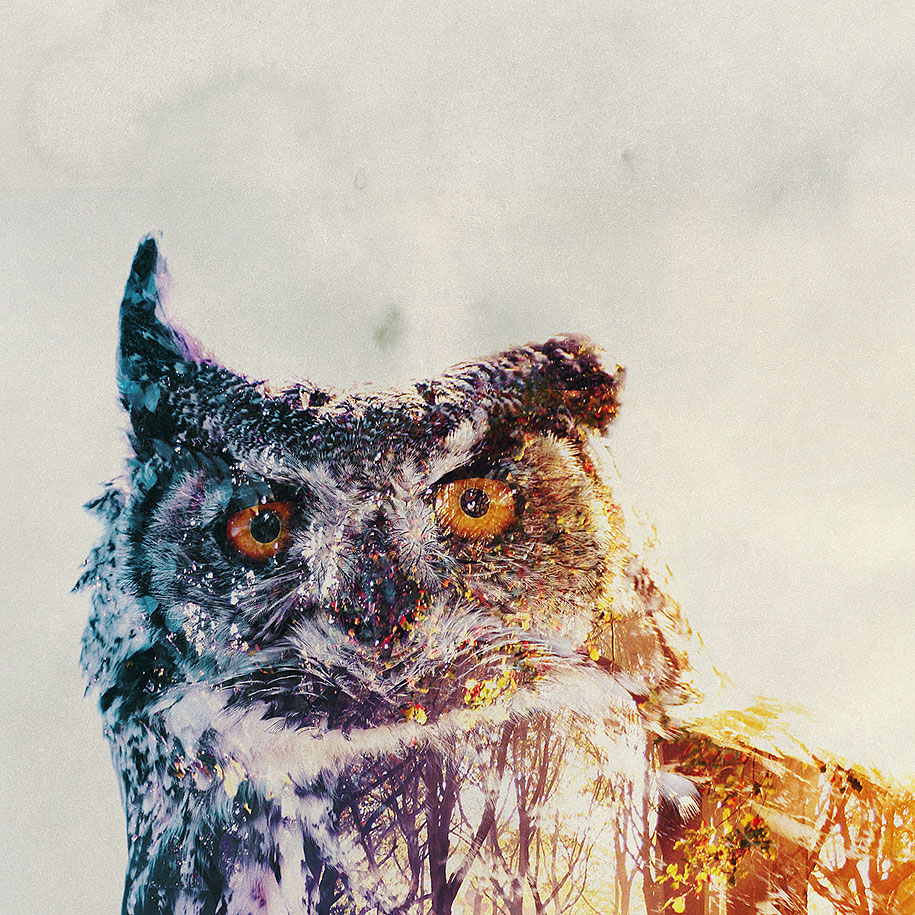 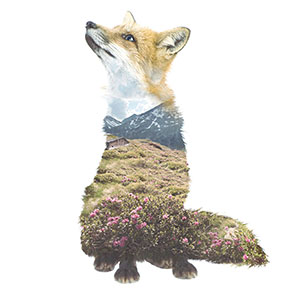 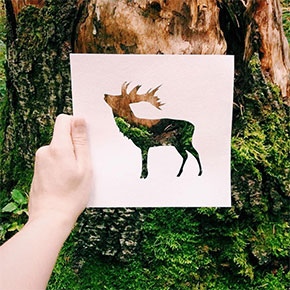 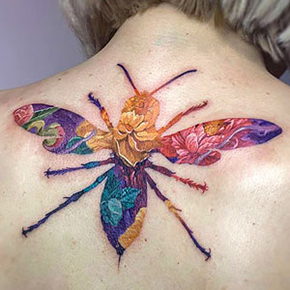