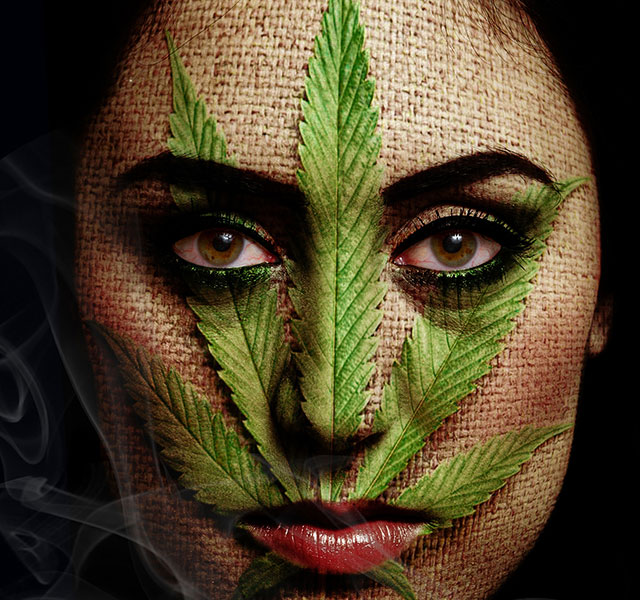 No matter what you think about drugs, they warp you sense of reality. In Les Baker V’s series Inebrination, they warp your face, too. Baker photographed portraits of people experiencing the effects of various drugs. Their drug of choice can be as mundaneas alcohol from several beers to ketamine and crack cocaine. The portraits were then double exposed with images of drugs.

Les Baker V is a Denver, Colorado based photographer, artist and jeep fan. He created the Inebriation series because of his concern about people with addictions. Baker said in an interview that “substance abuse cannot be limited to a homeless man on the street, or someone in and out of a rehab center. It consumes all walks of life.”

EDITOR: Drugs are dangerous, please don’t try this at home. 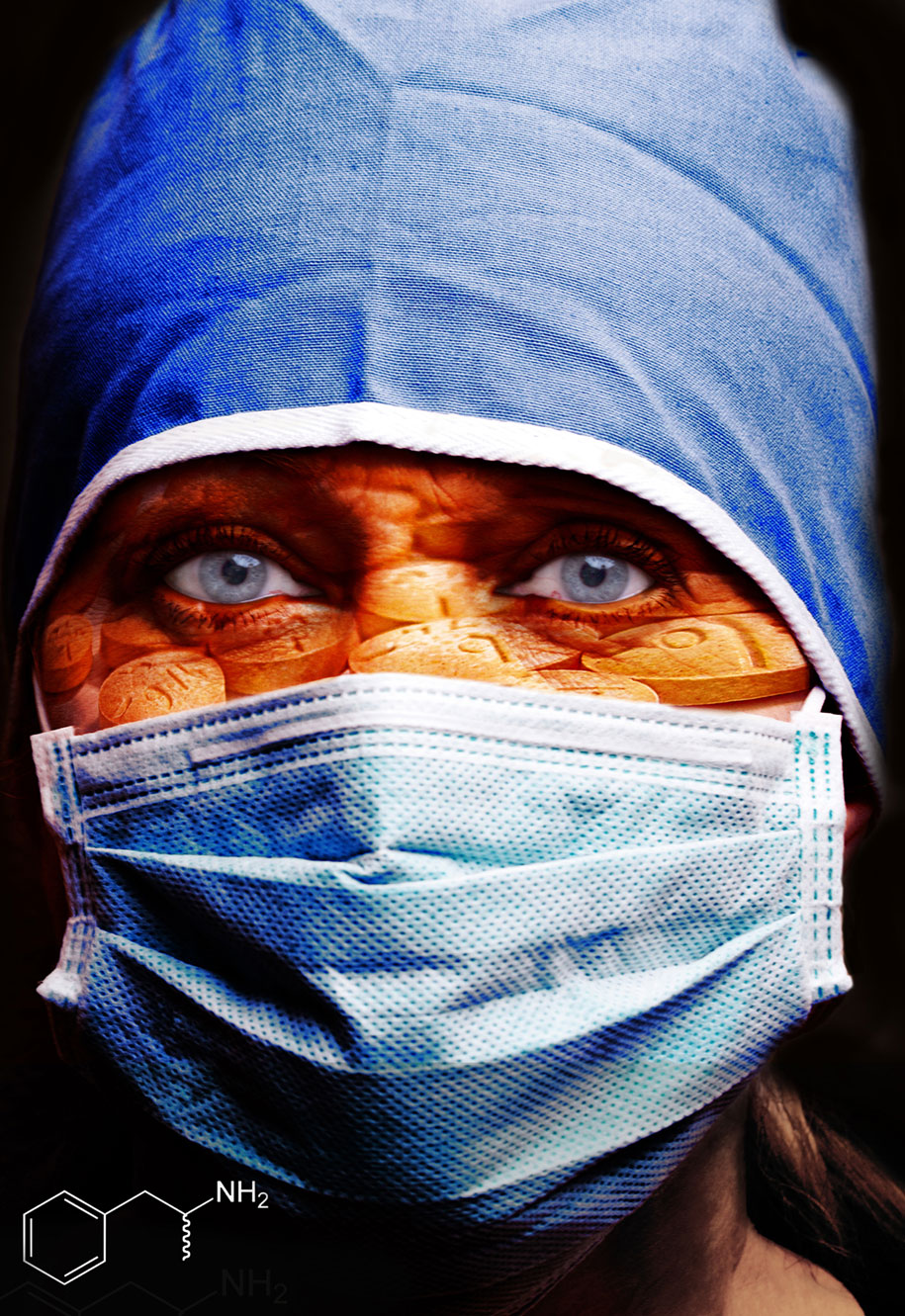 “During the last 5-7 years, adderall has become increasingly popular among college students. Its side effects include a heightened sense of motivation, focus, and concentration. Presumably, this is the perfect mind set which allows users to “pull all-nighters”, read hundreds of pages at a time, and write in depth, lengthy papers. What many do not realize is how widely this drug is also used among medical professionals.” 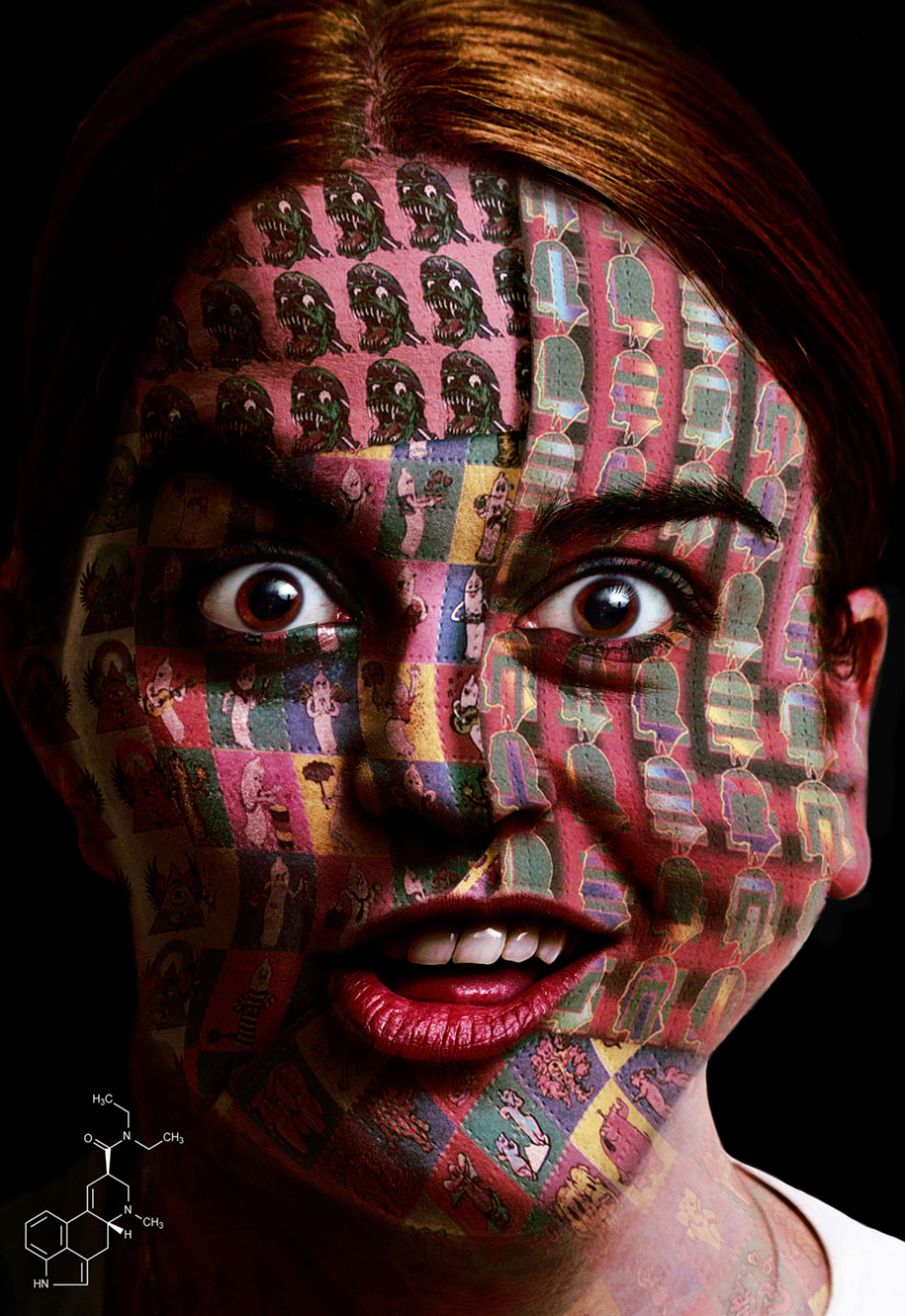 “This encounter involved a young woman taking two hits of LSD. I spent the day with her as she “tripped” out in a local park. She noted intricate visuals and brightened colors, and a general heightened sense of her surroundings.” 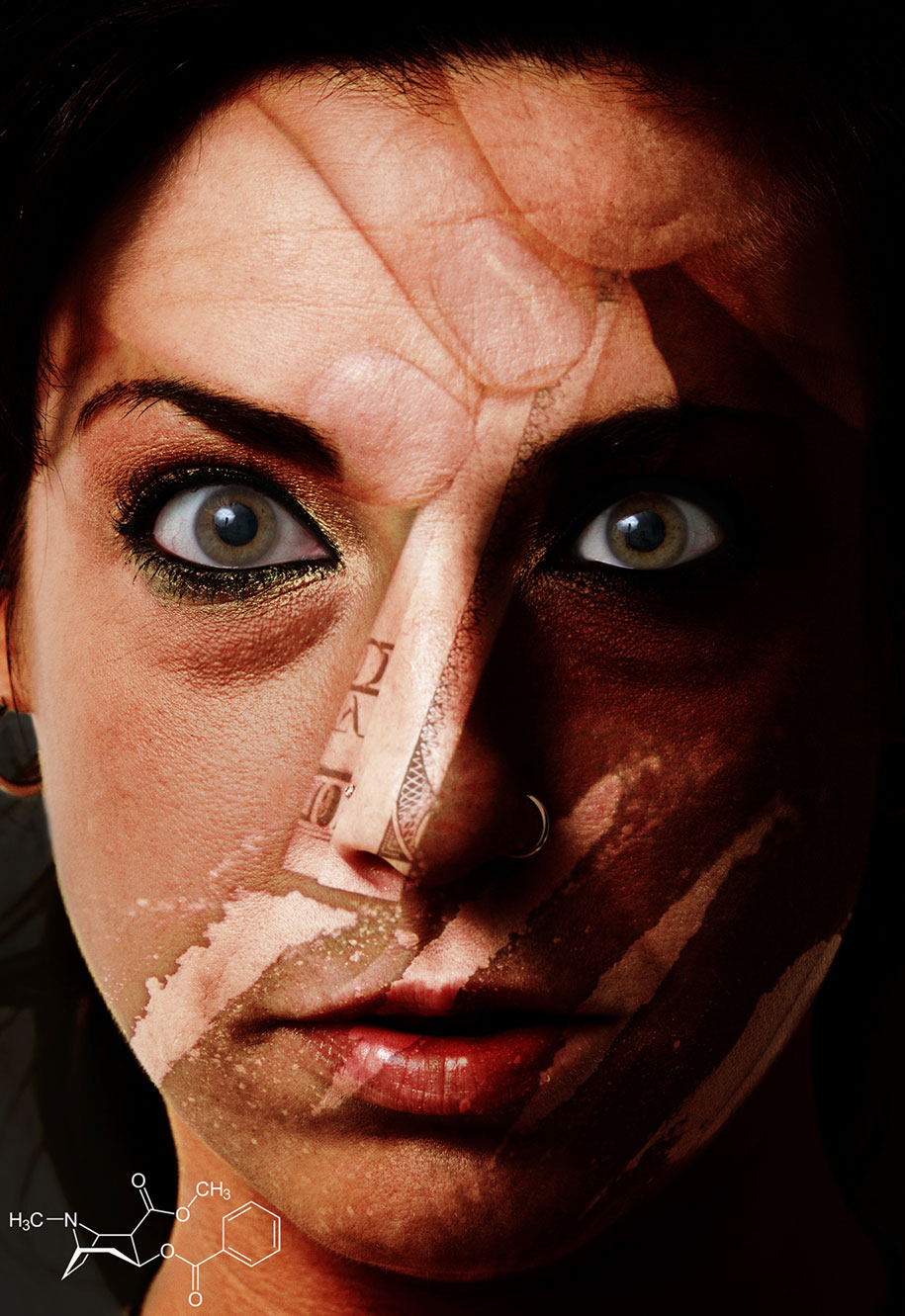 “This was an all-night adventure that began with a couple drinks out at a local bar. This participant said it can become custom with some people after a couple drinks to grab a bag (cocaine) to keep “level”. Cocaine gives its users side effects including increased alertness as well as feelings of well-being and euphoria. The night ended around 4am after meeting a group of friends at a house for an after-hours gathering.” 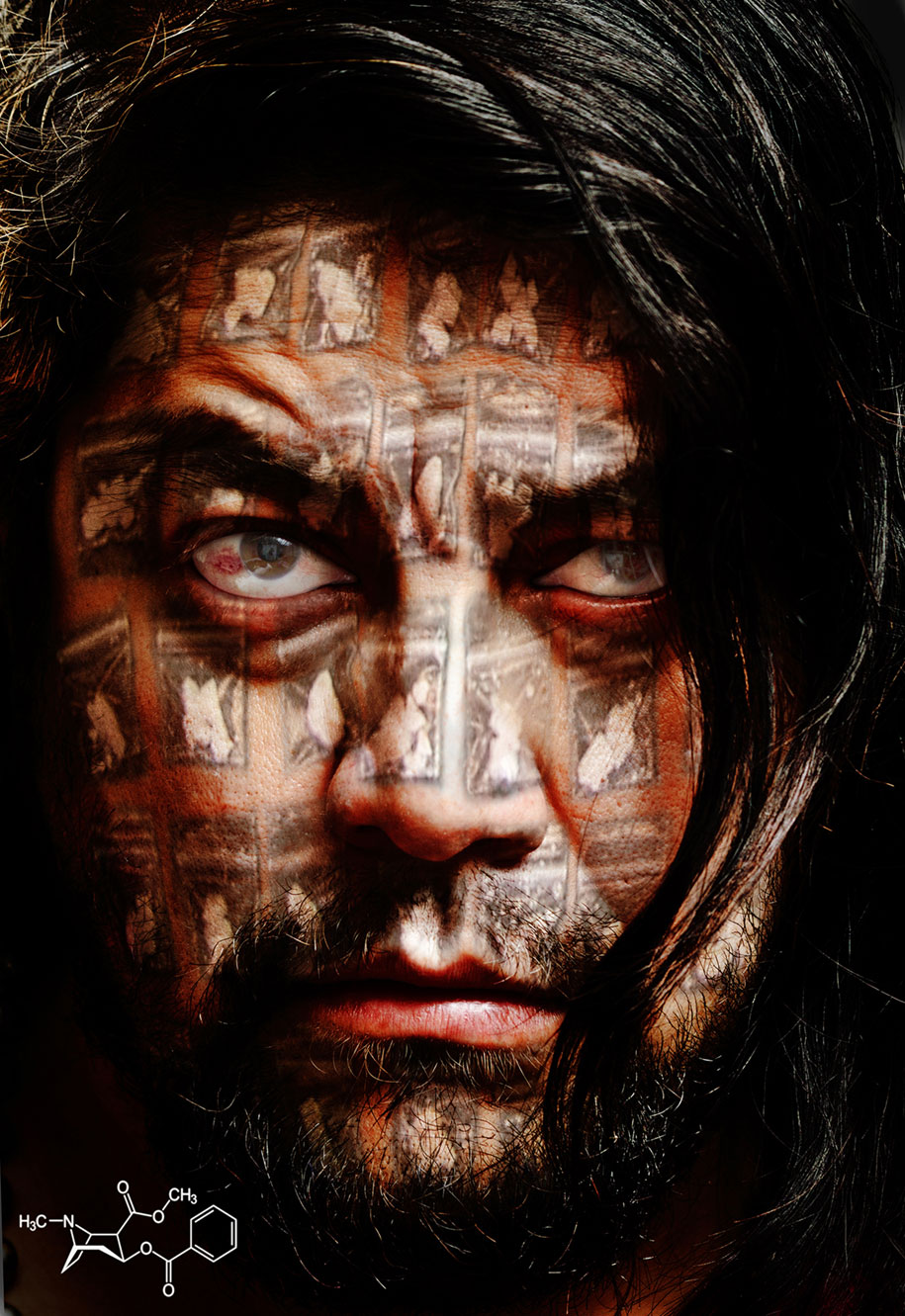 “This night was one of the most interesting. I watched him convert the cocaine into the smokable version, “Crack” which gets its name from the cracking or popping sound it makes when it is being smoked. He explained he was feeling more energized, more alert and more sensitive to sight, sound and touch.” 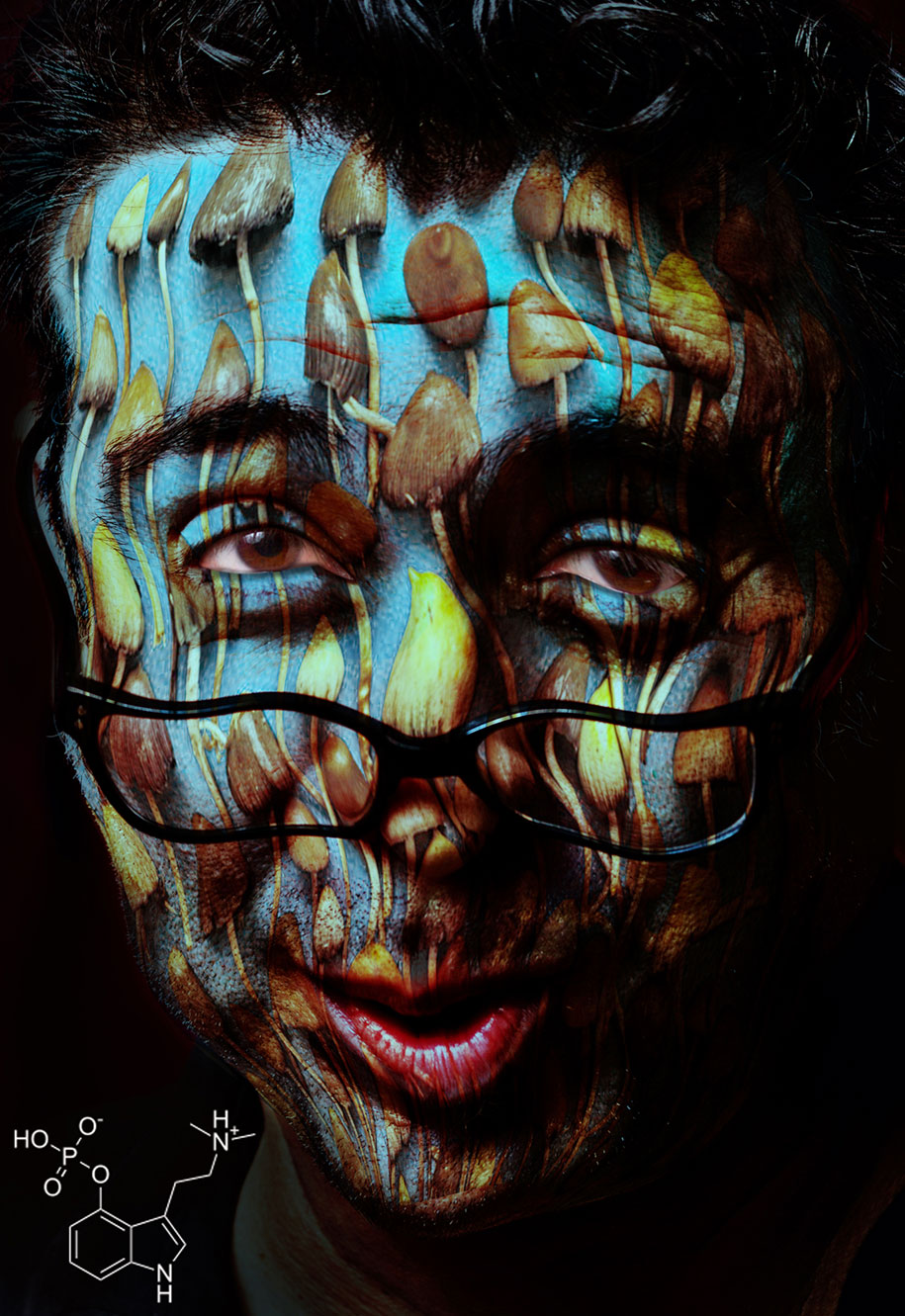 “This gentleman took the hallucinogenic mushrooms before we went out to a local nightclub. The loud music, bright LED screens, and lasers made for a perfect “trip” for him. Psilocybin has been know to make colors look more vivid, and can increase clarity in sound. Users have also reported a higher connection to nature if taken in proper settings.” 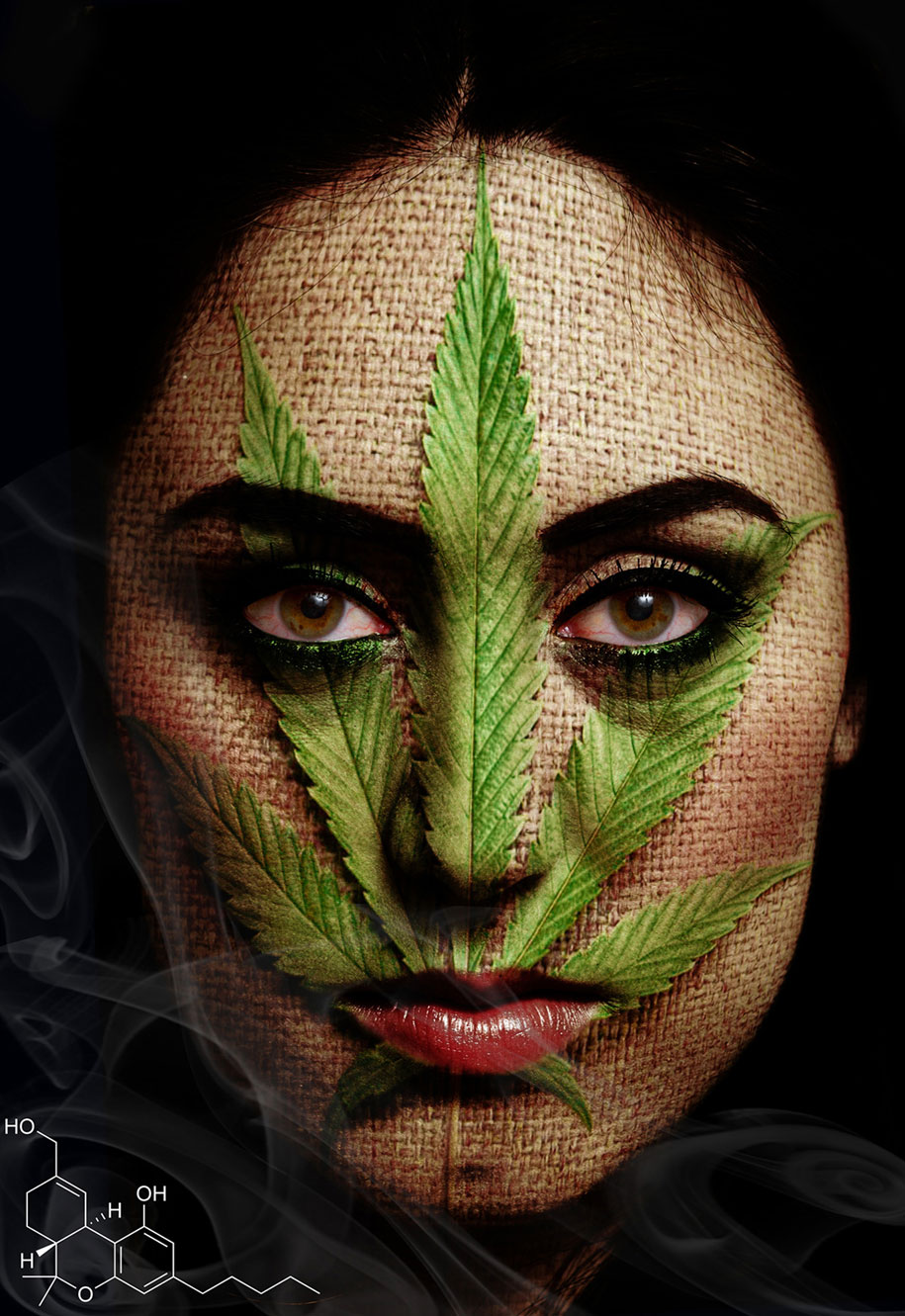 “Rivaled only by alcohol, marijuana is the most widely used recreational substance. In recent years, marijuana has gained a lot of respect for its legitimate medical purposes. It is rapidly losing its sense of taboo and becoming more easily, legally, and readily available than ever before with Colorado and Washington’s legalization of the substance. The American public will soon find out if taxing and controlling this substance will be beneficial to the US economy. Twinkies made their comeback just in time.” 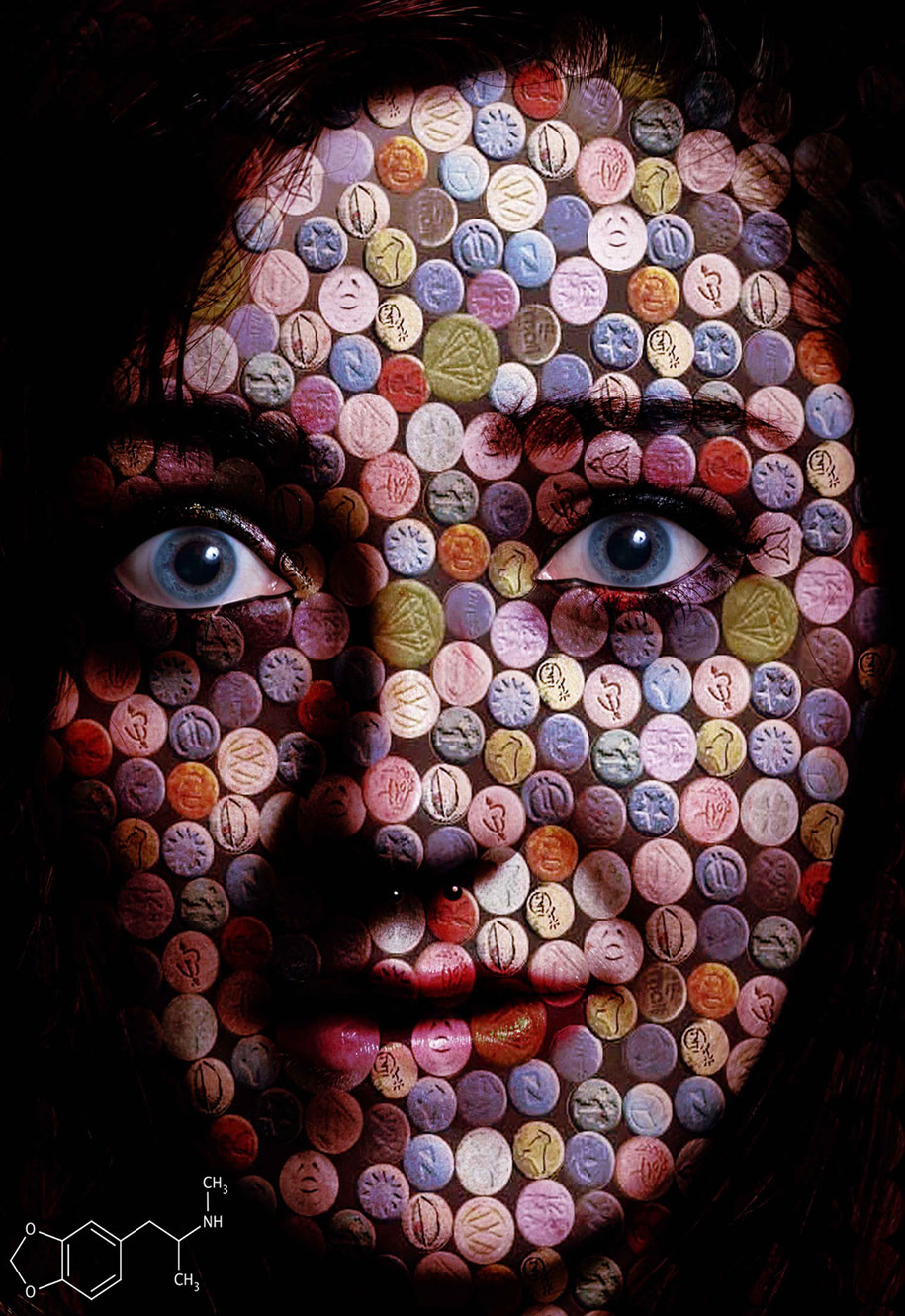 “She took a dose of pure MDMA, also known as “molly”. MDMA users can experience mental and physical euphoria, increased empathy, sociability, insightfulness, and enhanced tactile sensations. MDMA has been used in couples therapy and is also known to help treat PTSD. This participant spent the remainder of evening dancing with friends.” 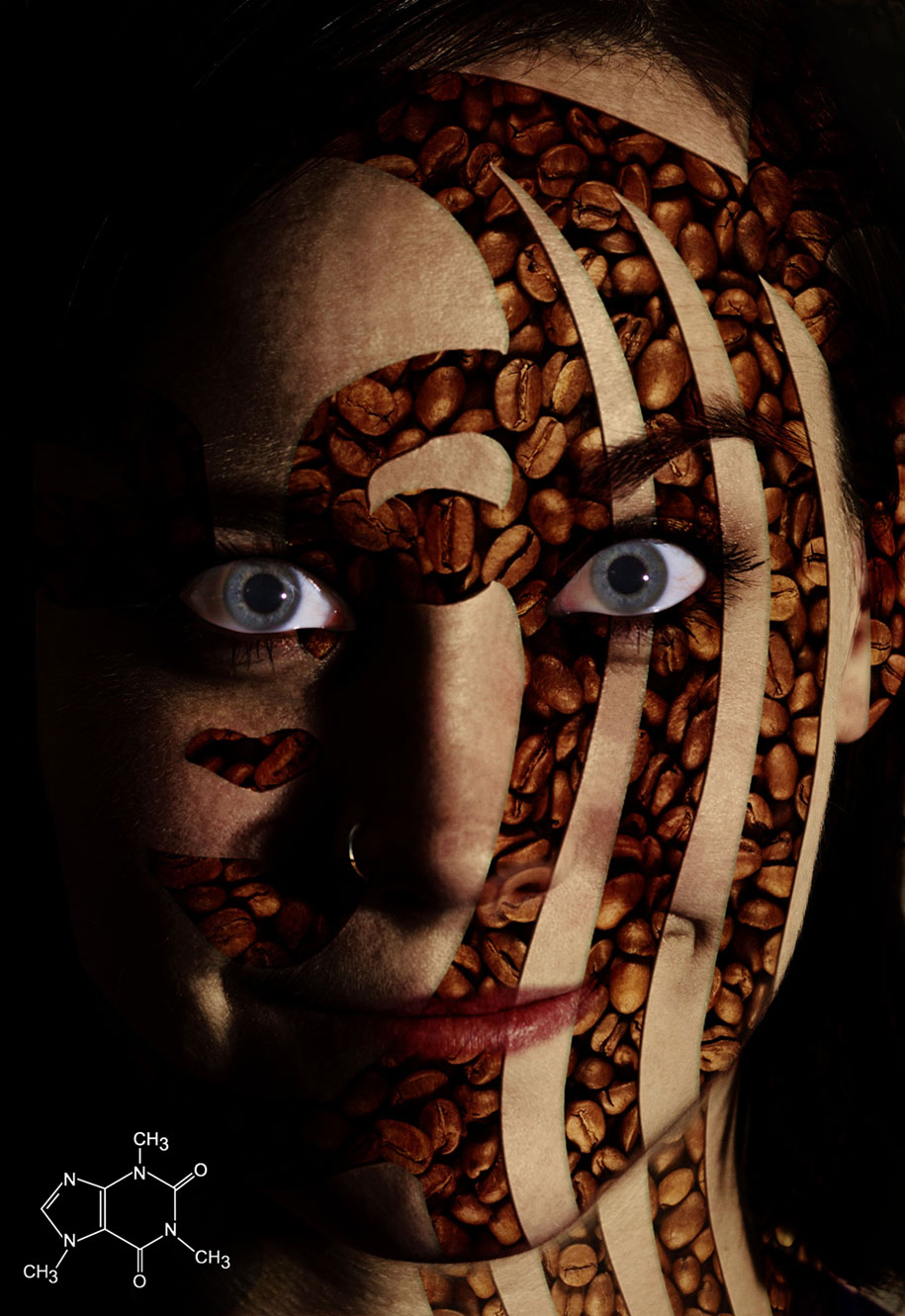 “Millions of people rely on their morning cup of coffee to get ready for their day. Caffeine acts as a stimulant and can fight off drowsiness and make a user more alert. Legal and unregulated, caffeine is the worlds most widely used psychoactive substance. In the United States 90% of adults consume caffeine daily.” 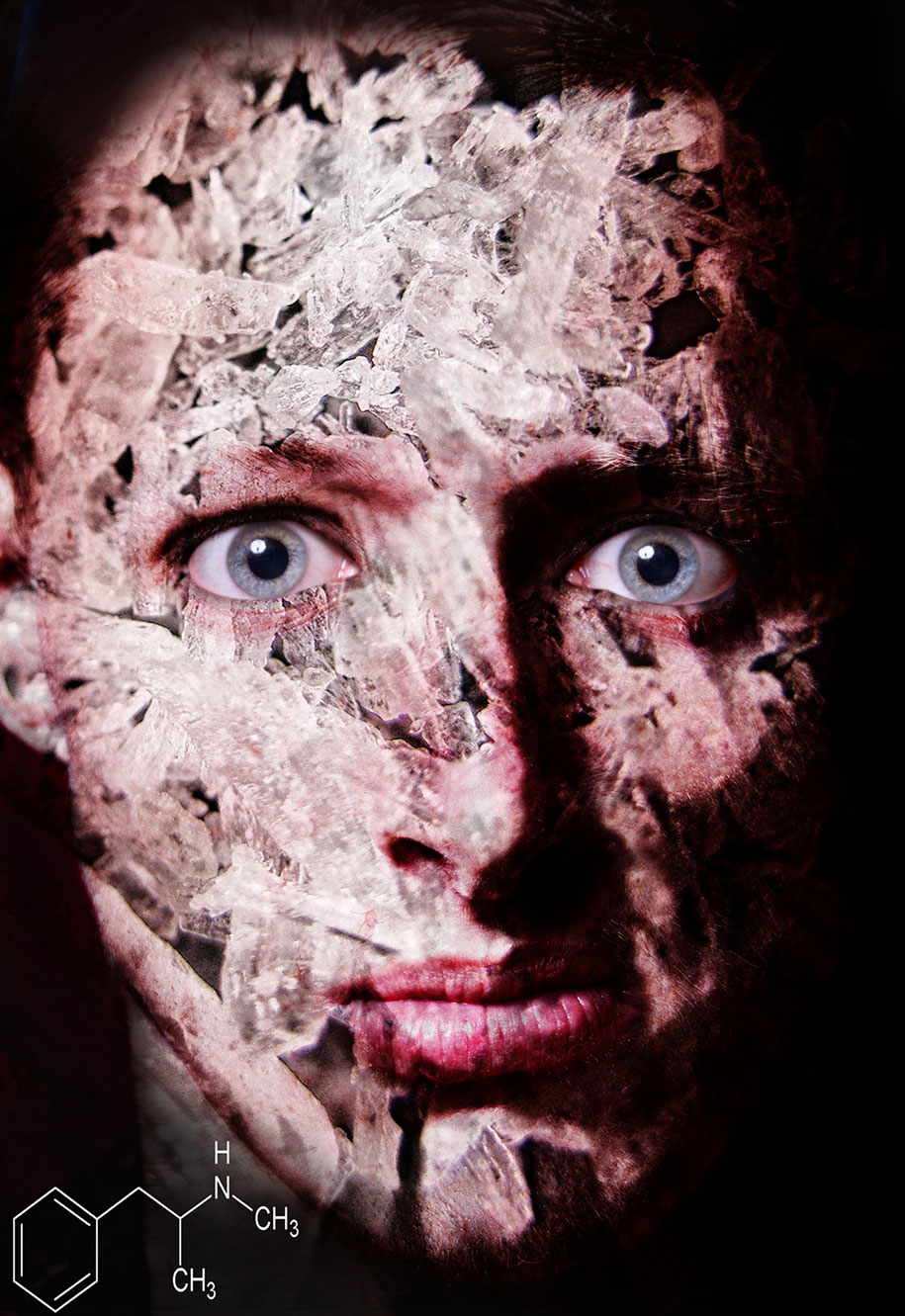 “I encountered this man wandering the streets on a hot summer night; he was wearing a full winter jacket and no shirt. During our conversation he told me about how he spoke to angels under a bridge about his long struggle with methamphetamine. He described the feeling as a sudden rush of pleasure, increased energy, focus and self-confidence” 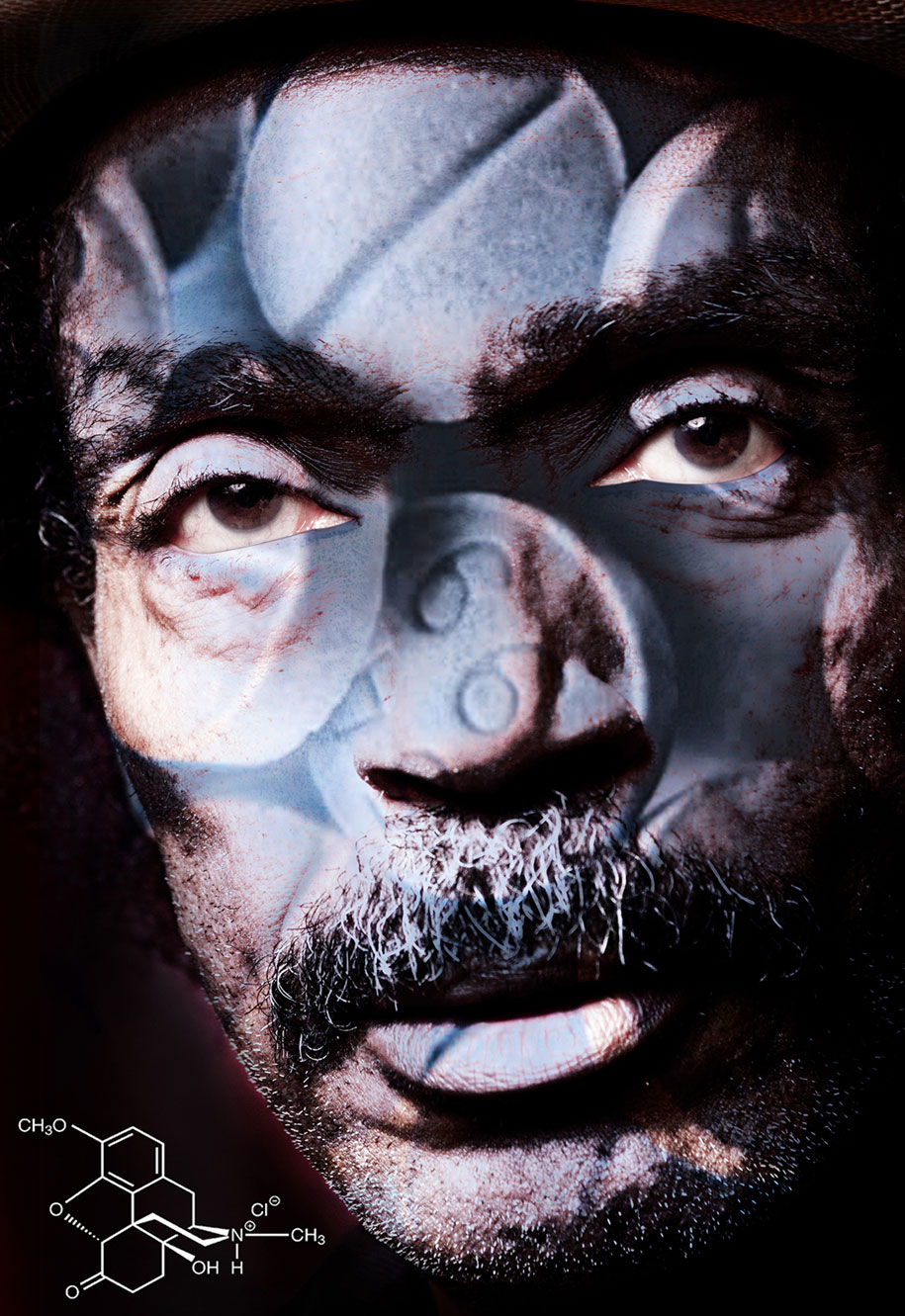 “This man is a Vietnam vet and has been taking painkillers for the last 20 years. Some users experience a euphoric response to opiate medications; since these drugs also affect the brain regions involved in reward. Those who abuse opiates often seek to intensify their experience by taking the drug in ways other than those prescribed.” 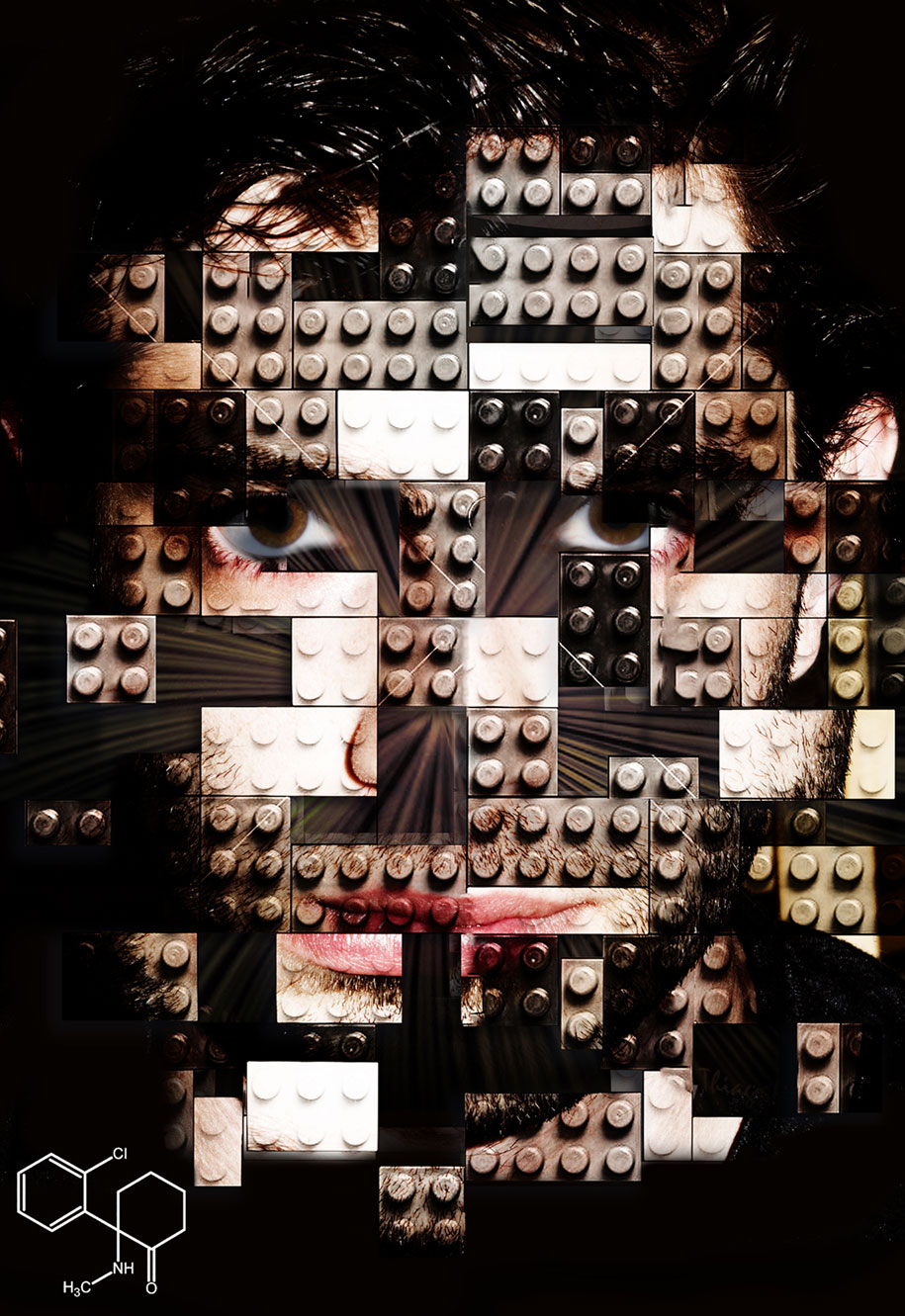 “Ketamine has been gaining ground as a new, cheaper alternative to MDMA or Cocaine. This user described the experience as watching the world turn to legos and breaking apart followed by everything getting smaller and turning flat until that flatness turns to a point.” 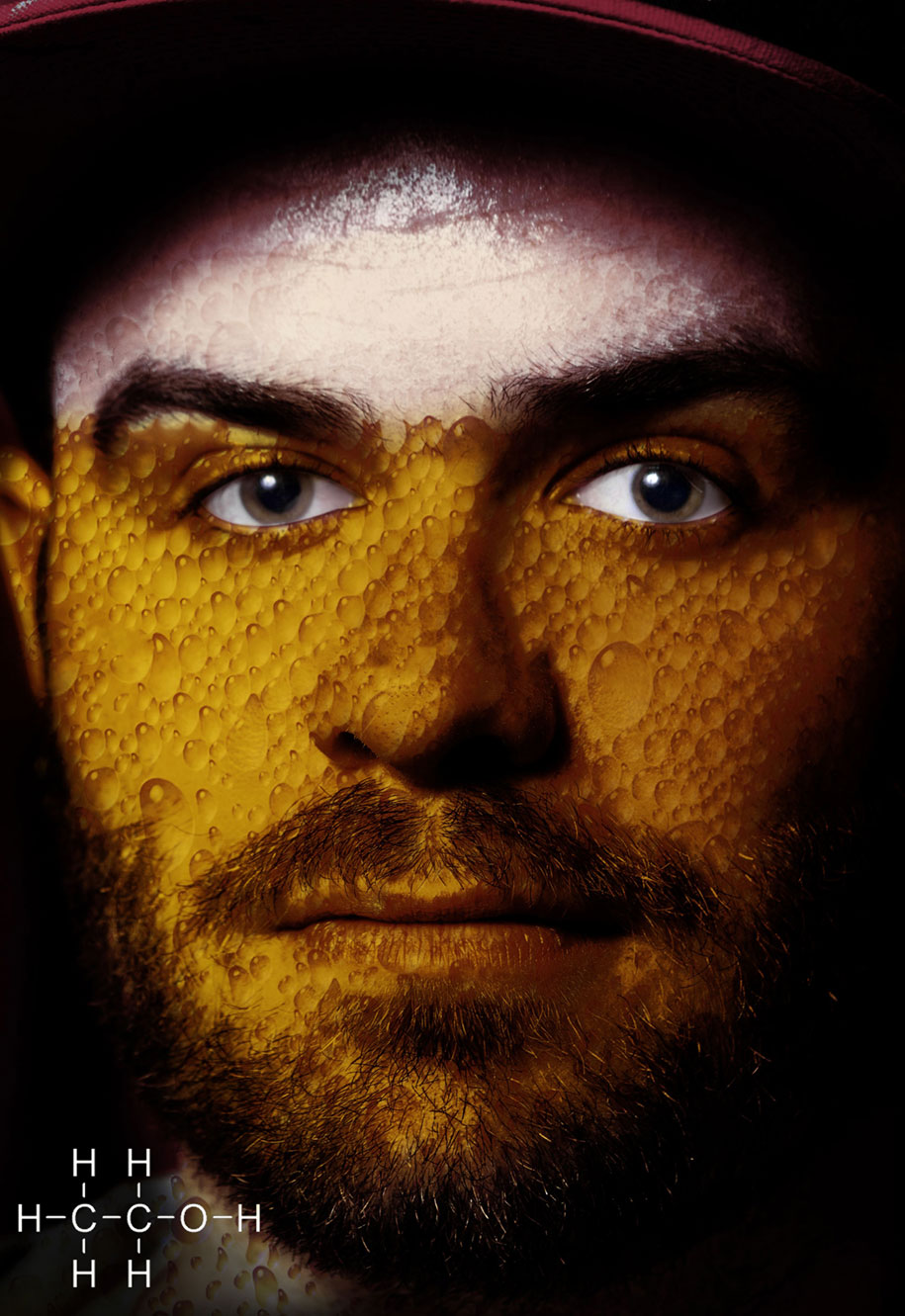 “While this is probably one of the most common substances used, I felt it important to include it in the series. This man spent the night out at a couple bars consuming only beer.” 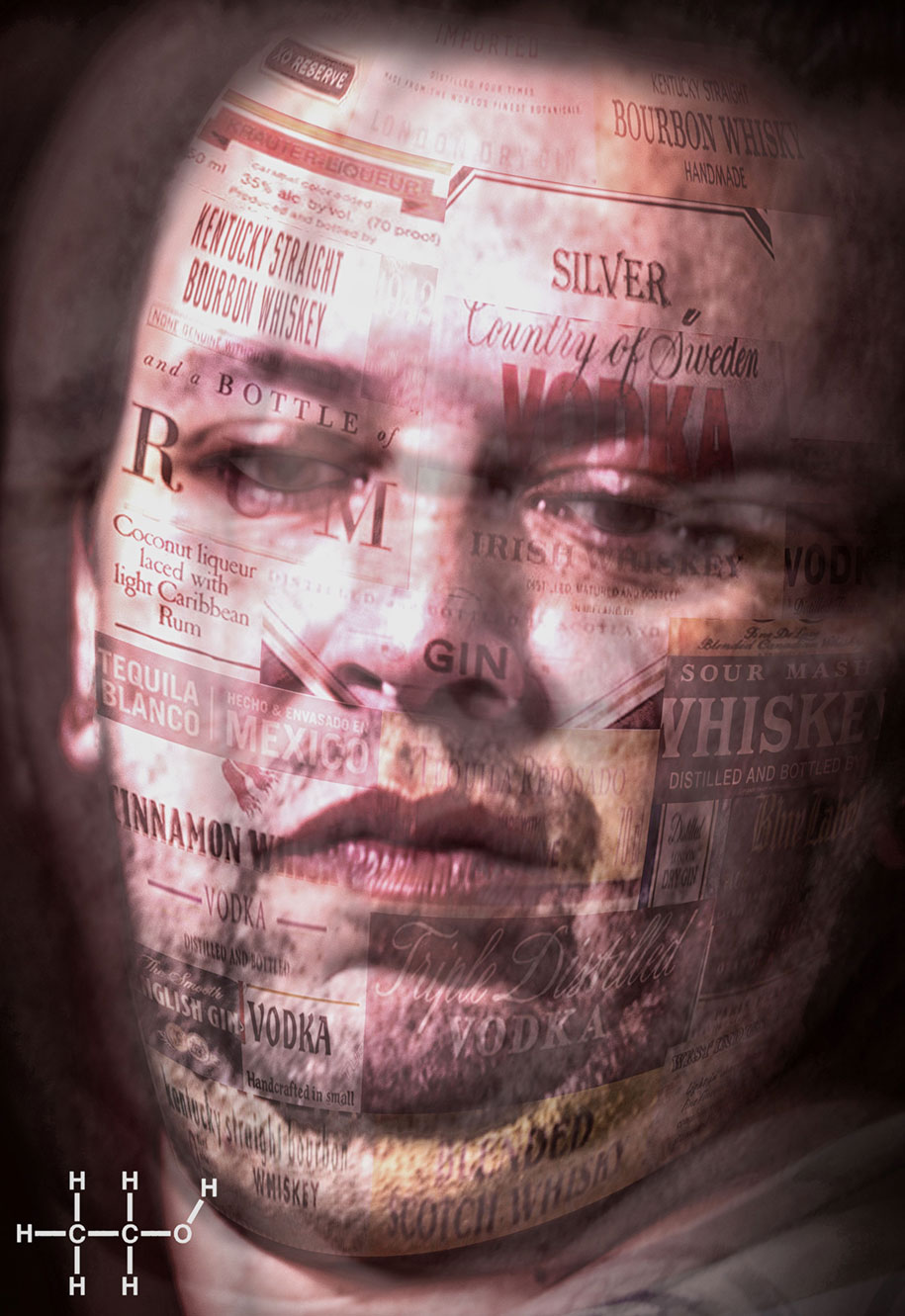 “It is likely that most people have shared this experience. A night out taking shot after shot, only to chase it with another and perhaps a couple mixed drinks. We all know that it quickly leads to blurred or double vision.” 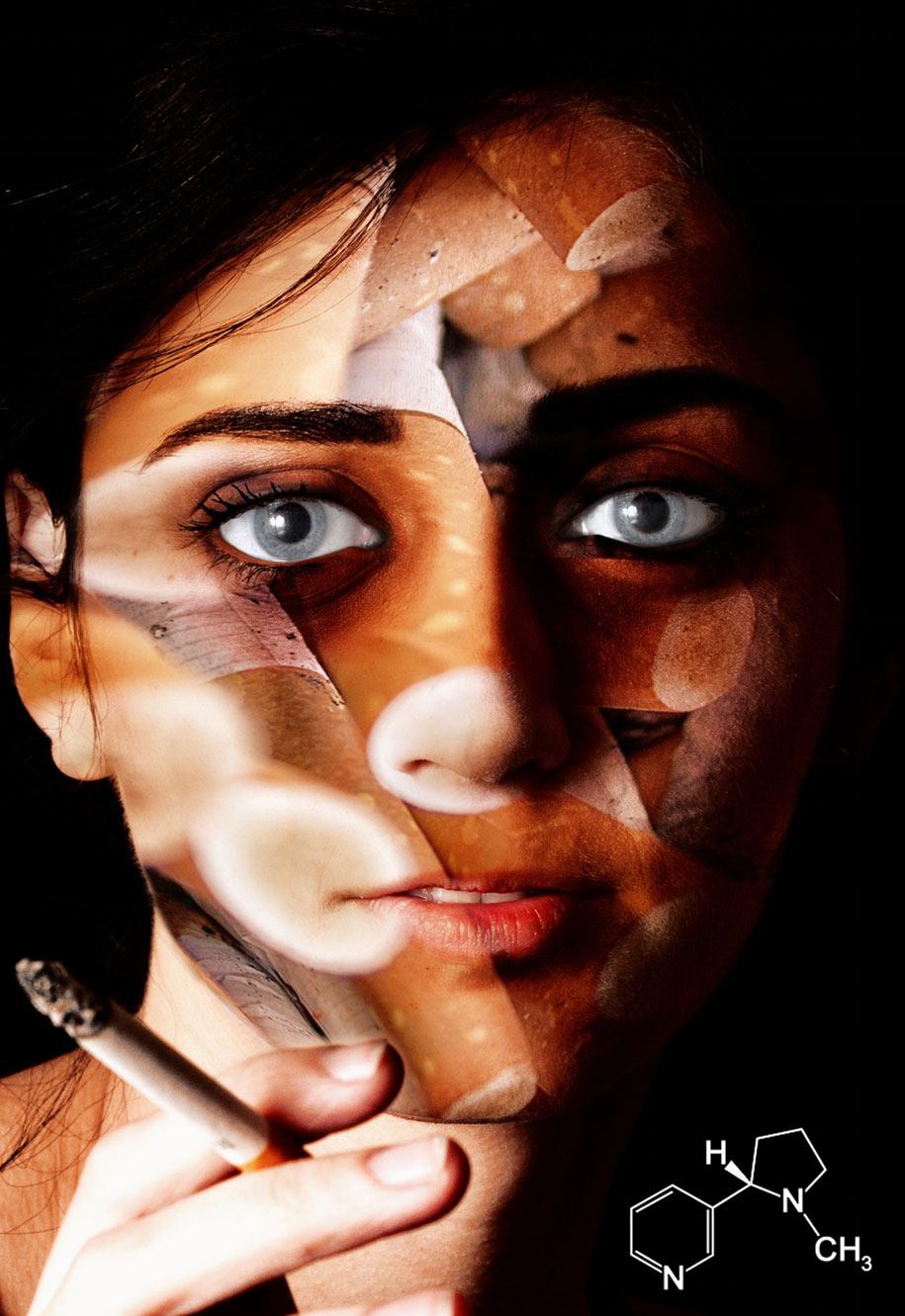 “Tobacco was critical in the development of the southern colonies in early America until cotton replaced it. In small doses it can act as a stimulant, it has also been reported to act as a relaxant. Nicotine is historically known as one of the hardest addictions to break. Over a billion people world wide use nicotine in one form or another.”