Farmer And His Son From China Build Transformers Out Of Scrap Metal And Car Parts, Make $160K A Year

Some people construct small boxy robots that fight for the pleasure of TV audience. But a Chinese farmer and his son are building giant Transfomer sculptures. Made out of scrap metal and discarded car parts, these sculptures stand almost as tall as their movie originals. Judging by the pictures, Optimus Prime and Bumblebee are the biggest and the most sophisticated pieces. A life sized sculpture of Sam Witwicky is nowhere to be seen, a living proof that nobody cared about that character appearing in the movies.

Yu Zhilin, a farmer with education in fine arts, started building the statues alone. Using spare time, scrap metal and car parts that he had, he finished his first statue in three years. Helped by his son Lu Yingyun, the robot statues have gone bigger and more complex, like the before mentioned iconic Autobot duo. Seeing how the franchise is massively popular in China (the last movie, Age of Extinction, is the most grossing film in Chinese history), they easily find customers for their pieces, earning 1 million yuan ($160,000) a year. The sculptures are bought my malls and cafes, who want to use the metal giants to attract more customers.

And while this pair aren’t the only ones making sculptures of giant robots (who may be in disguise) in China, I hope they’ll be the first ones to make them actually mobile. 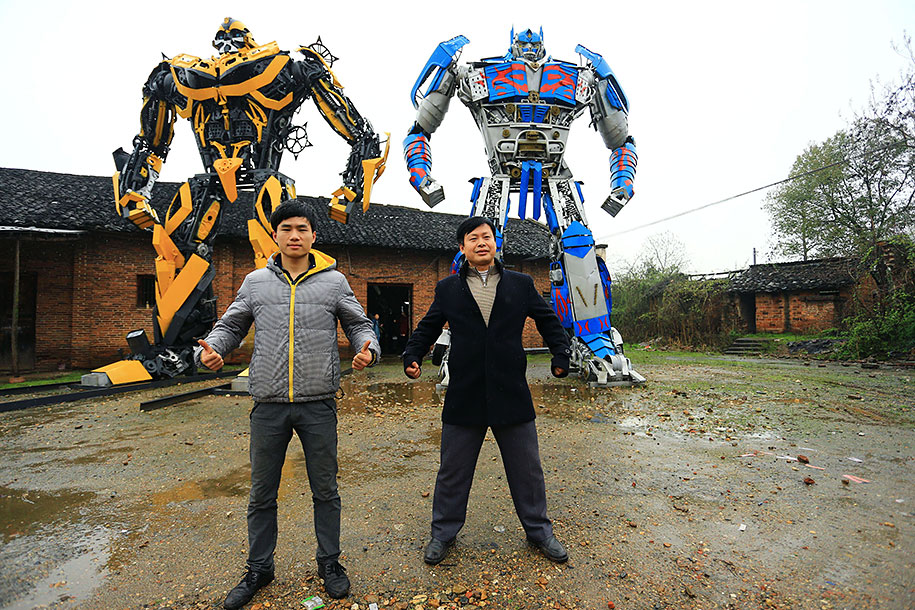 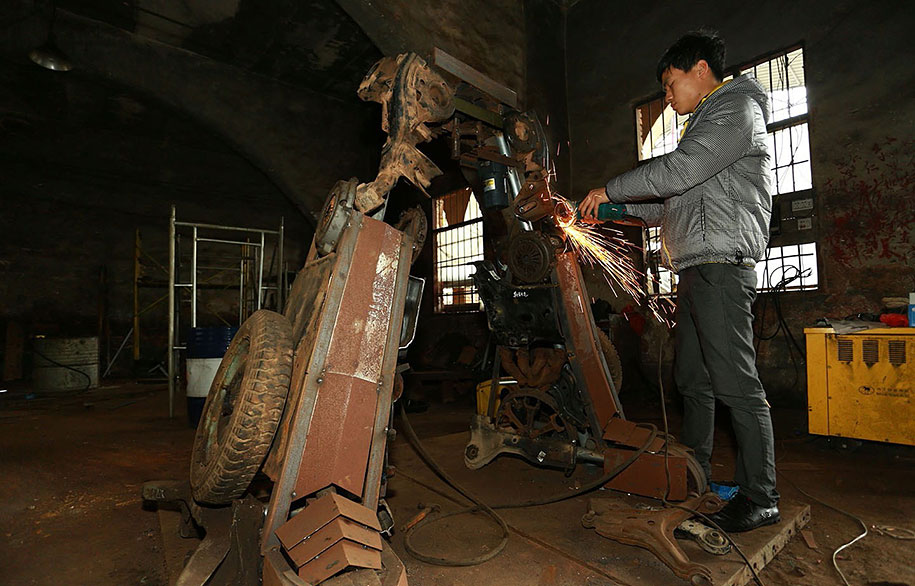 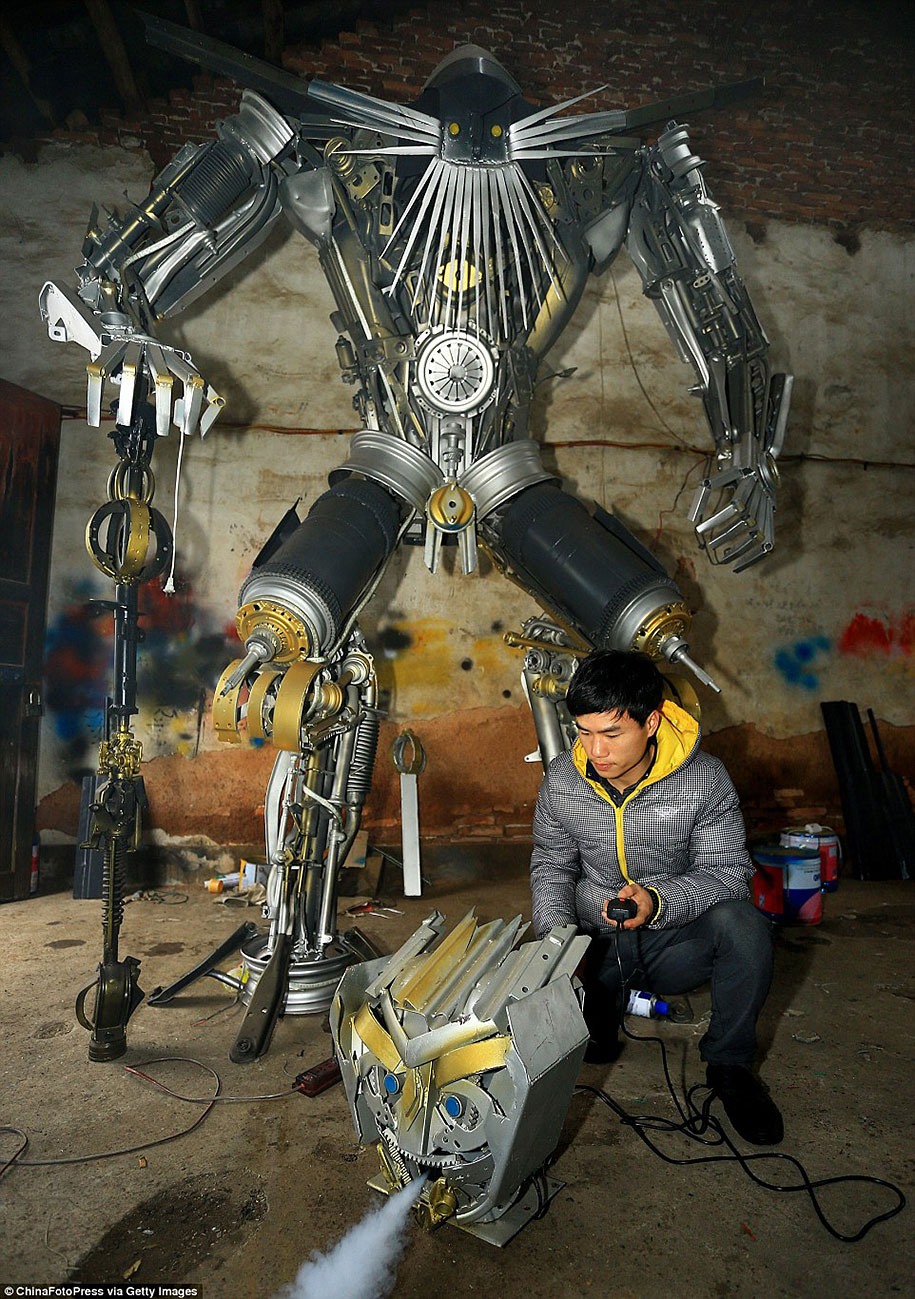 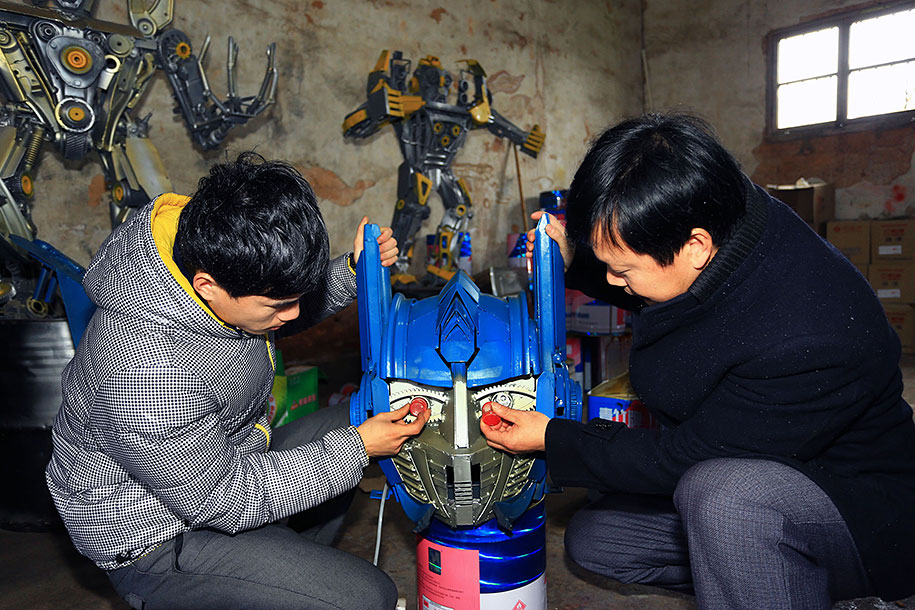 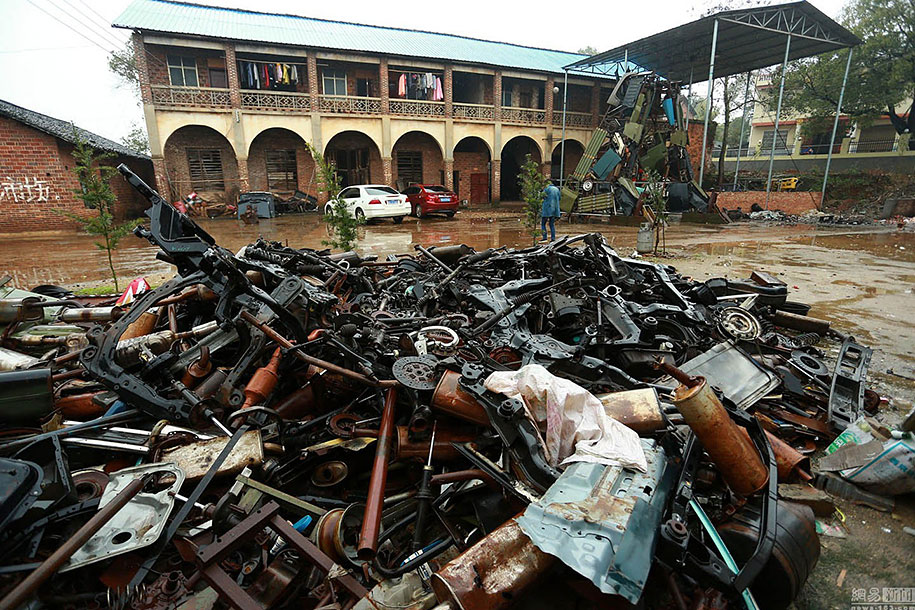 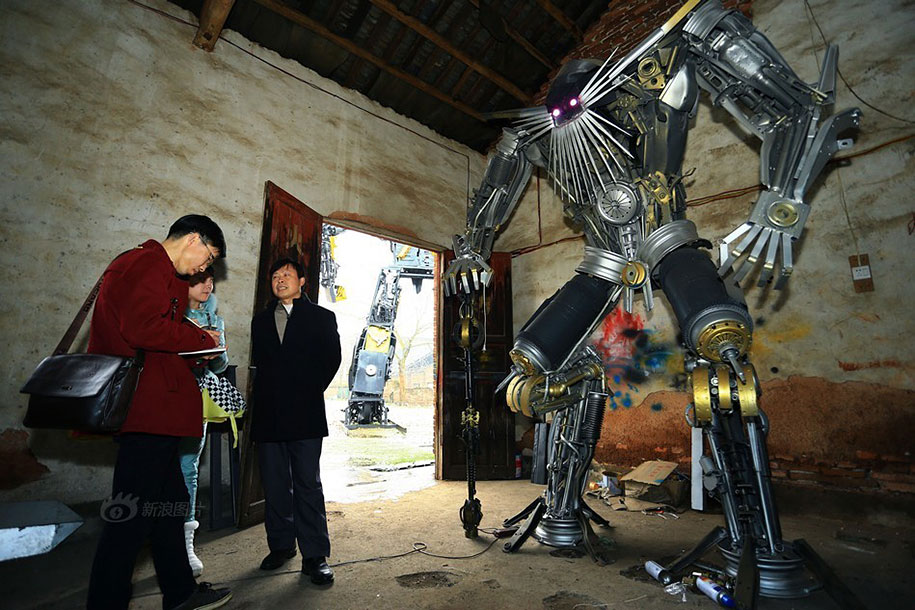 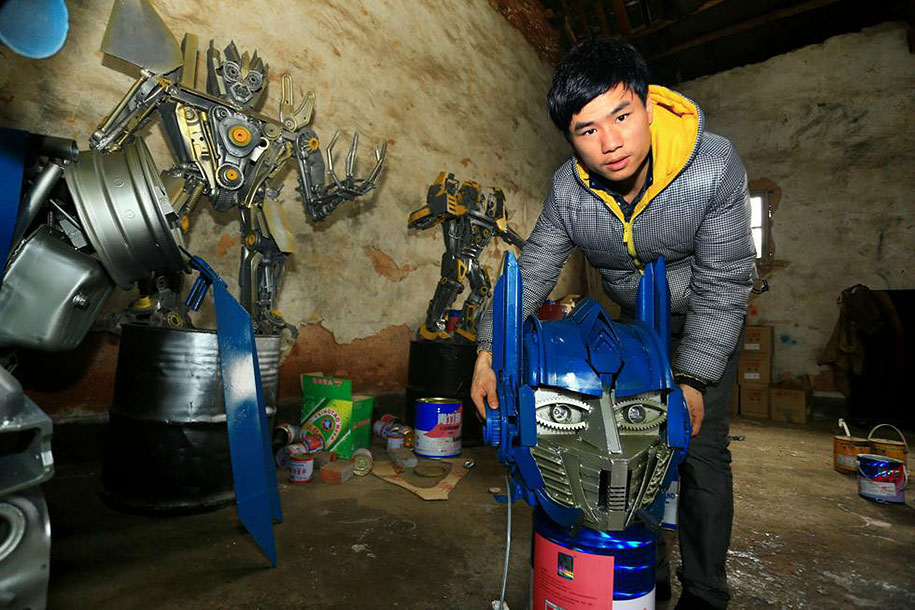 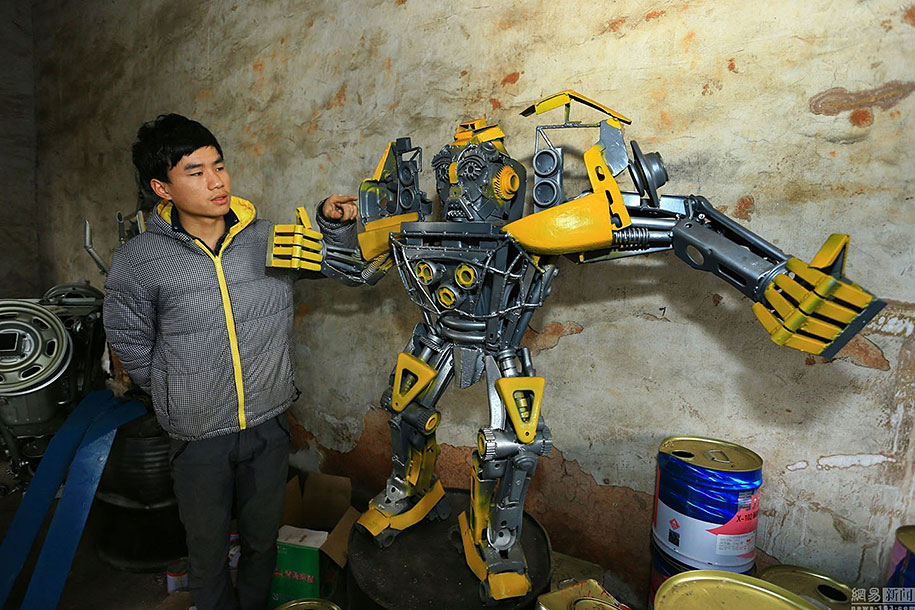 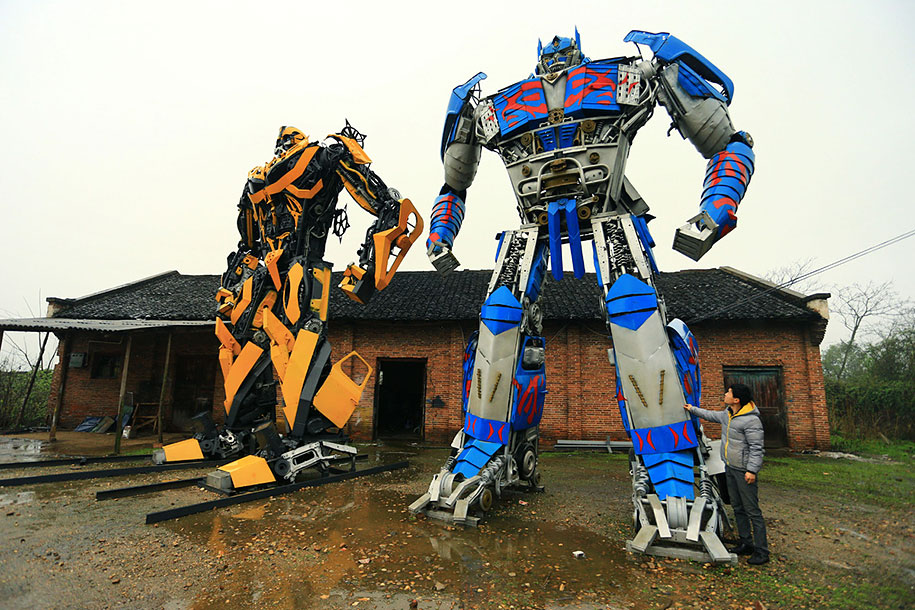