U.S.-based photographer Kaija Straumanis apparently has a head of steel and a great sense of humour, both of which she demonstrates in her self-portrait series “Stuff Thrown At My Head.” The series captures her sudden, though planned, collisions with random objects, be they books, glasses or even pumpkins.

According to the artist, the collisions themselves can represent the sudden and strong realisations or insights that punch you in your head from time to time. One can only wonder how she manages to keep from hurting herself in these painfully funny photographs and maintain that hypnotizing gaze during the collisions. 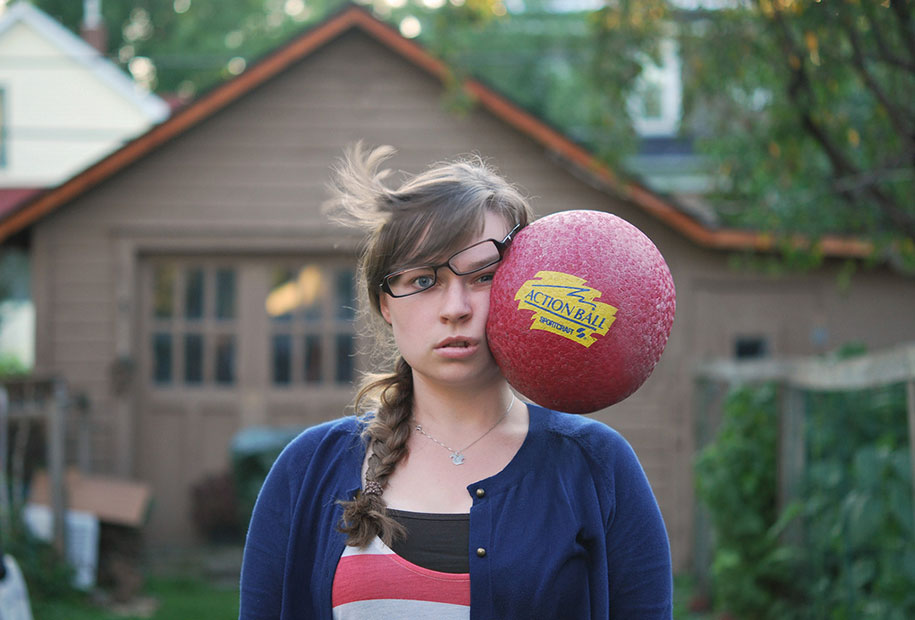 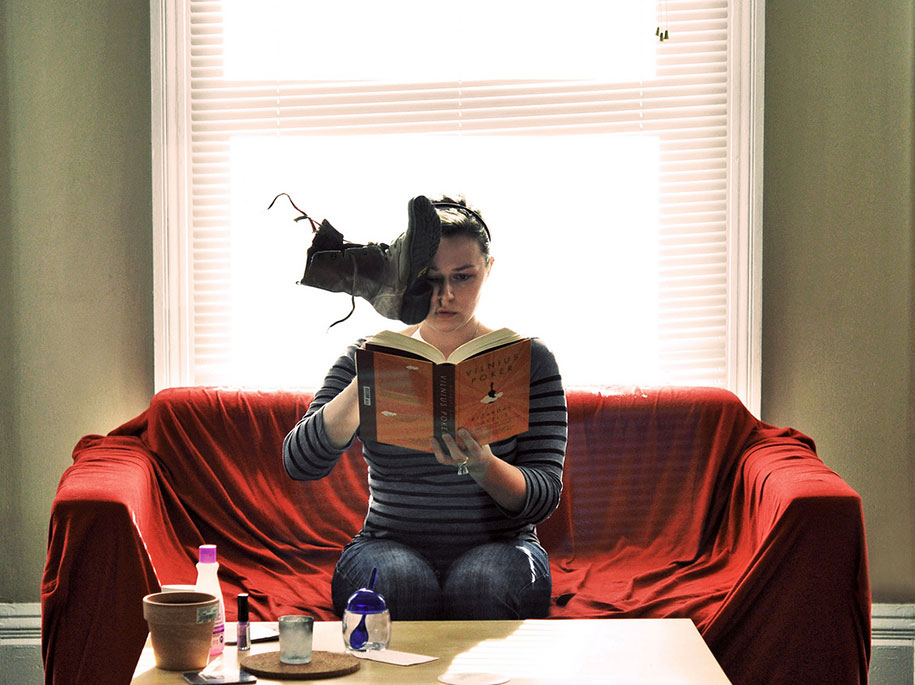 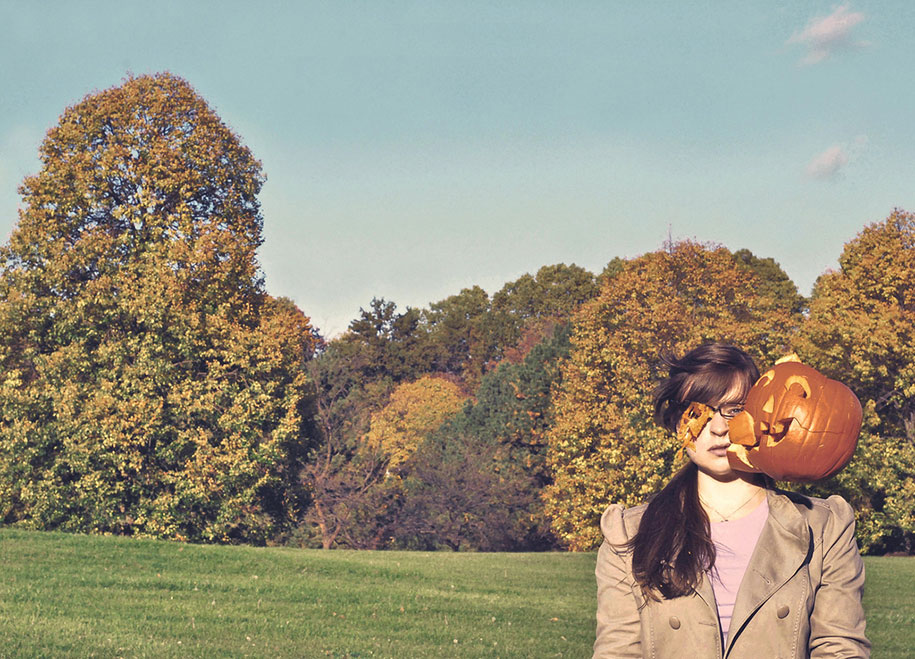 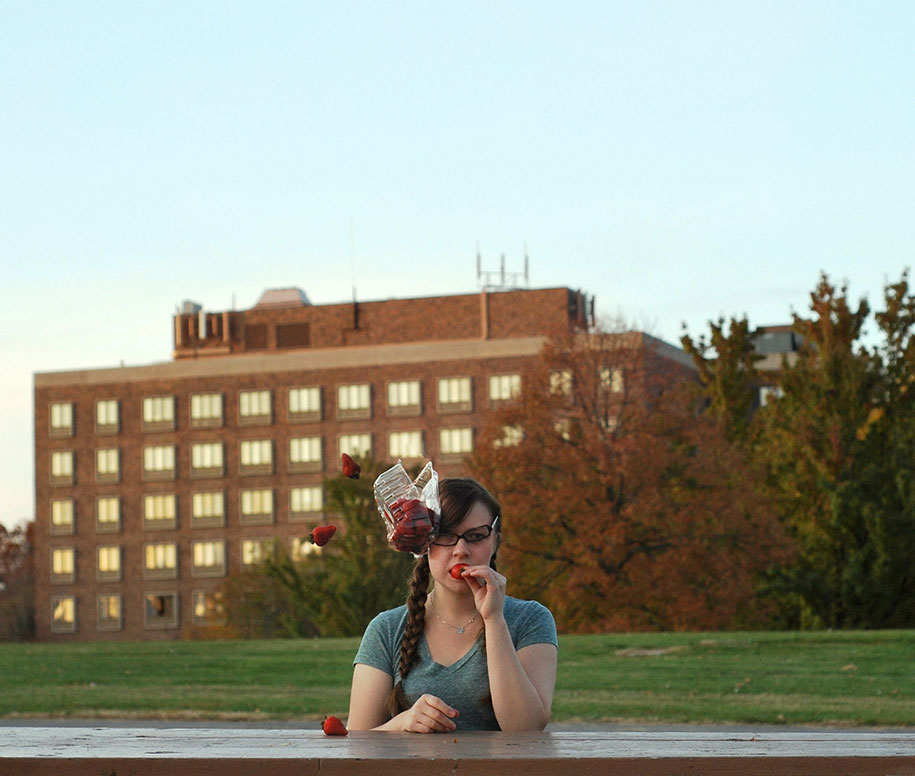 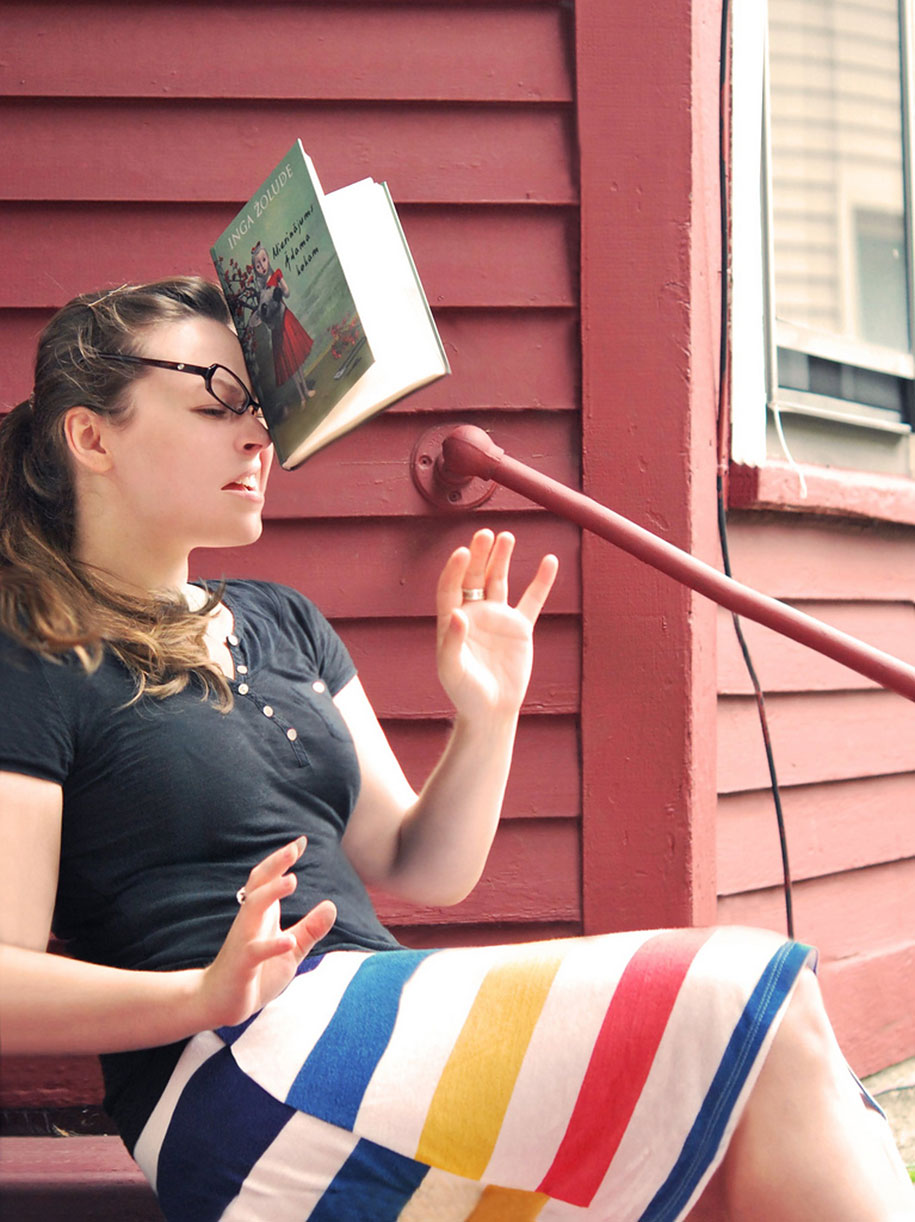 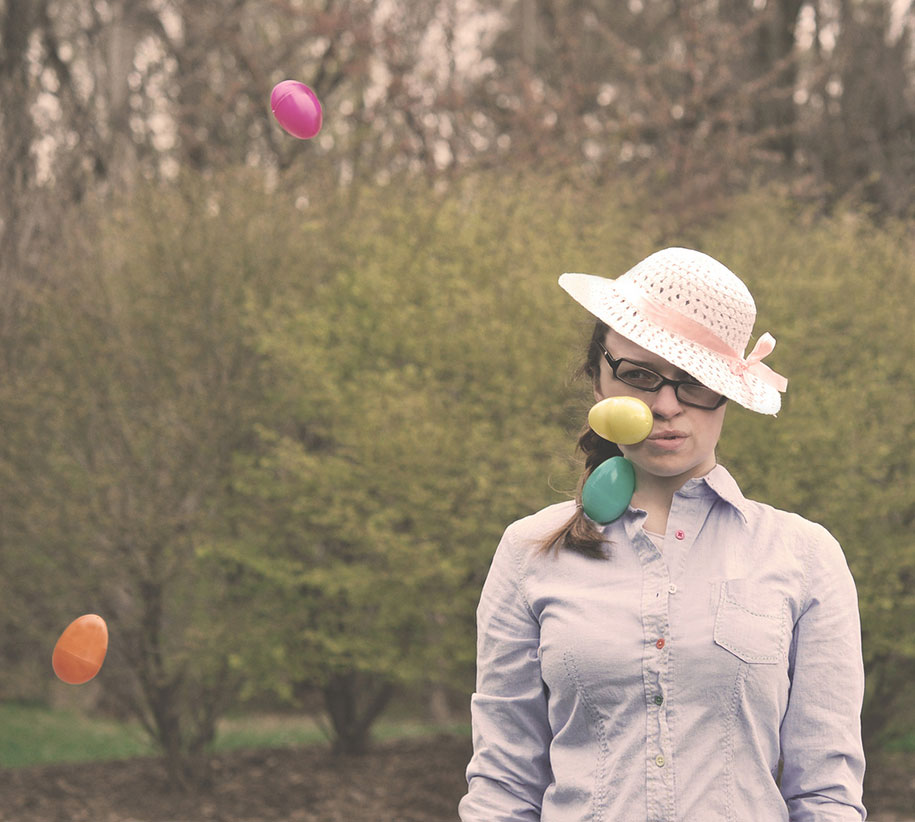 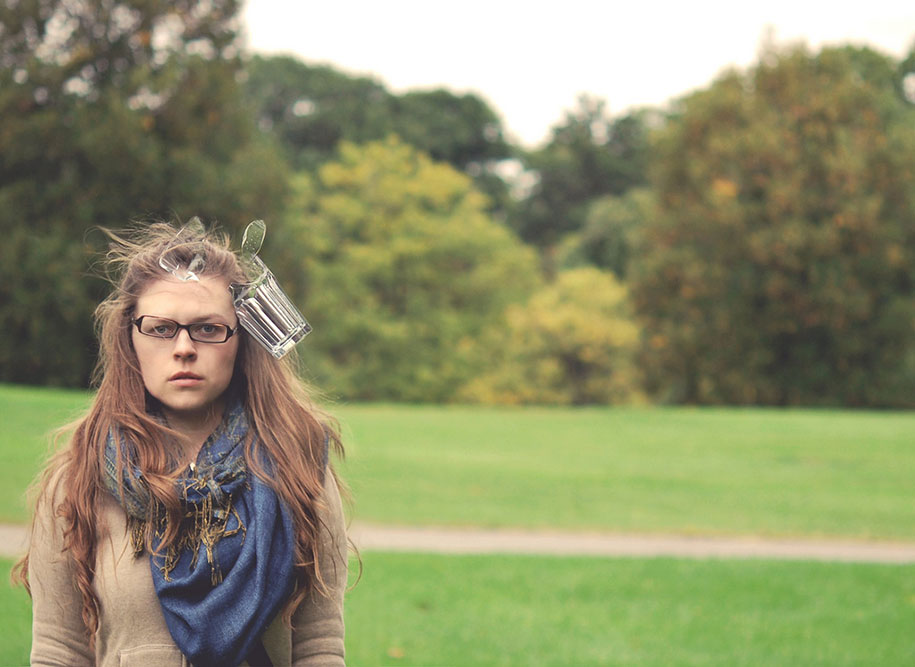 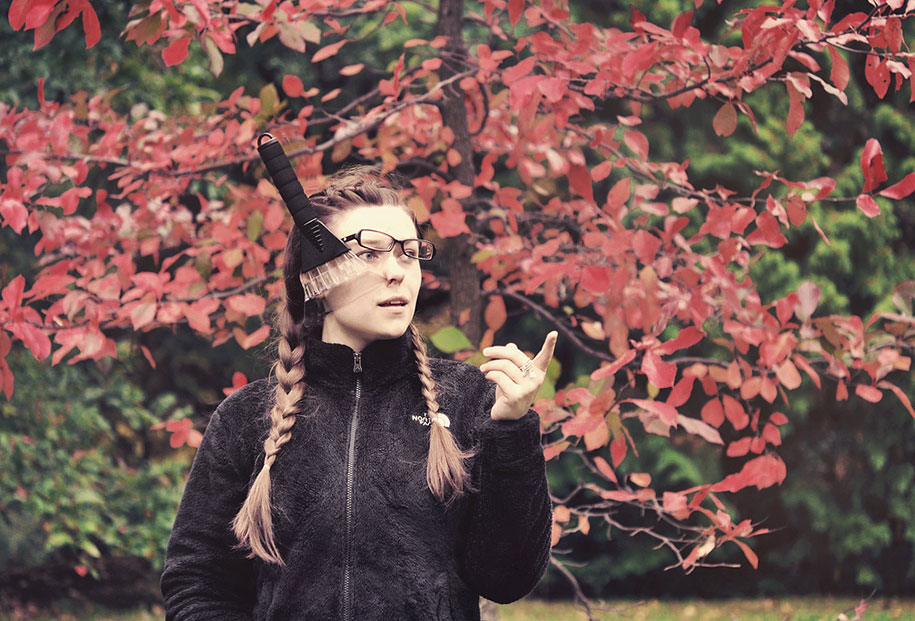 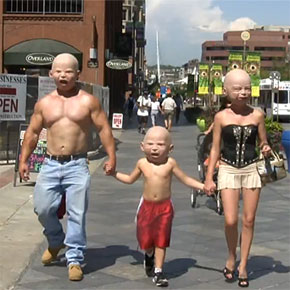 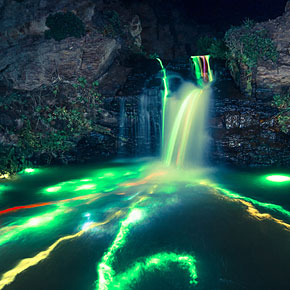 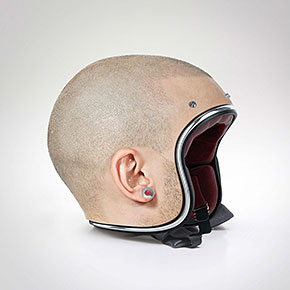 Artist Creates Hyper-Realistic Helmets That Look Like Your Head 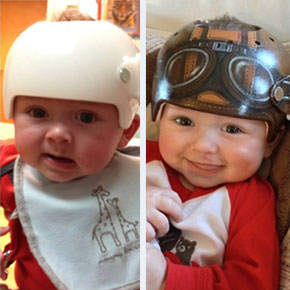 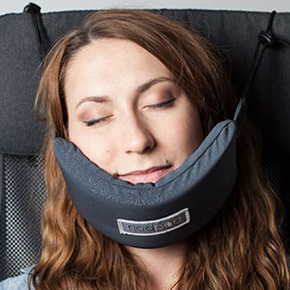