The remarkable 4-story Sharifi-ha House in Tehran has a built-in system allowing each of its rooms to rotate up to 90 degrees. Architectural studio Next Office completed this groundbreaking design in 2013. It lets the windows face outwards or inwards according to resident‘s mood or need for privacy, or the weather conditions.

The innovative design actually echoes the architecture of old Iranian mansions, many of which had both summer and winter living rooms, or were otherwise dependent on the different climate zones in Iran. The modern interpretation of this, however, lets a single house adapt to the changing weather conditions in Tehran with just the push of a button. Its wide terraces can be opened up during the summer, while during the winters the residents can protect themselves from the moody weather and poor daylight by turning the rooms inwards. 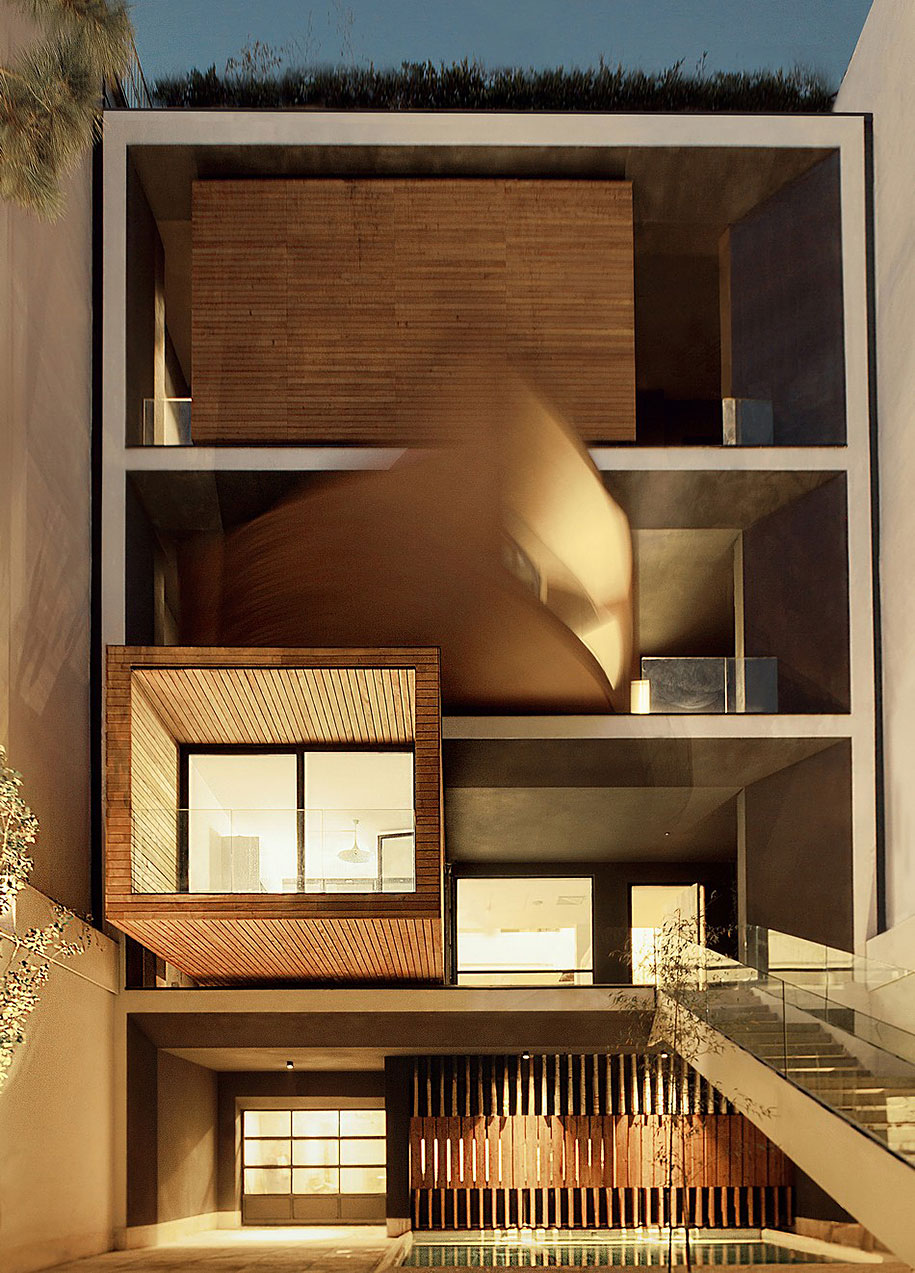 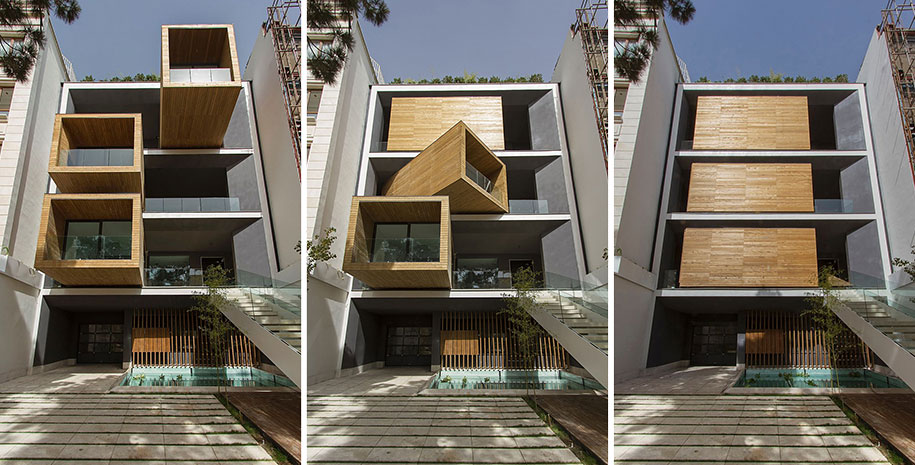 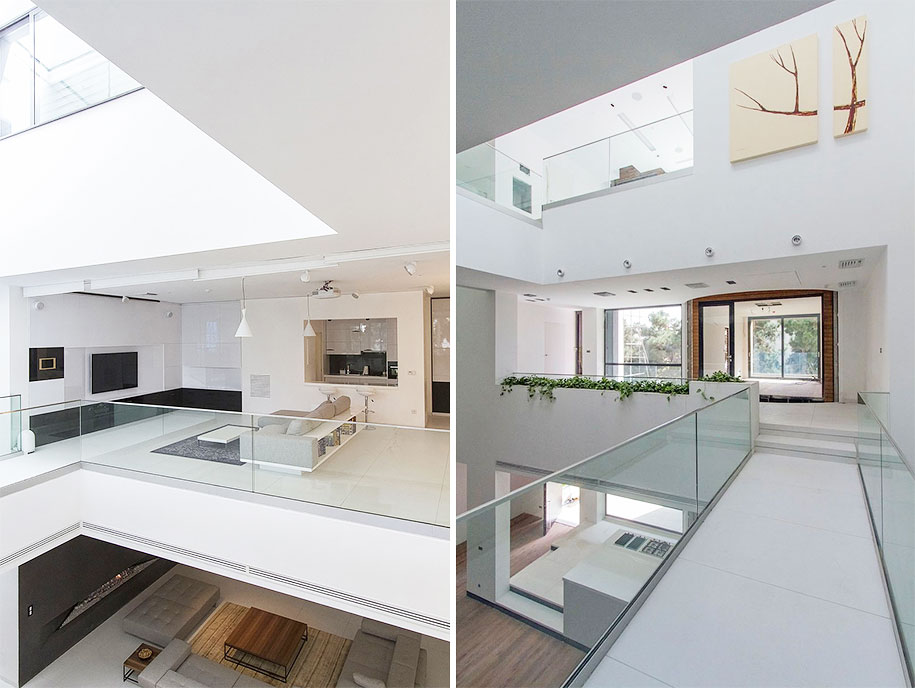 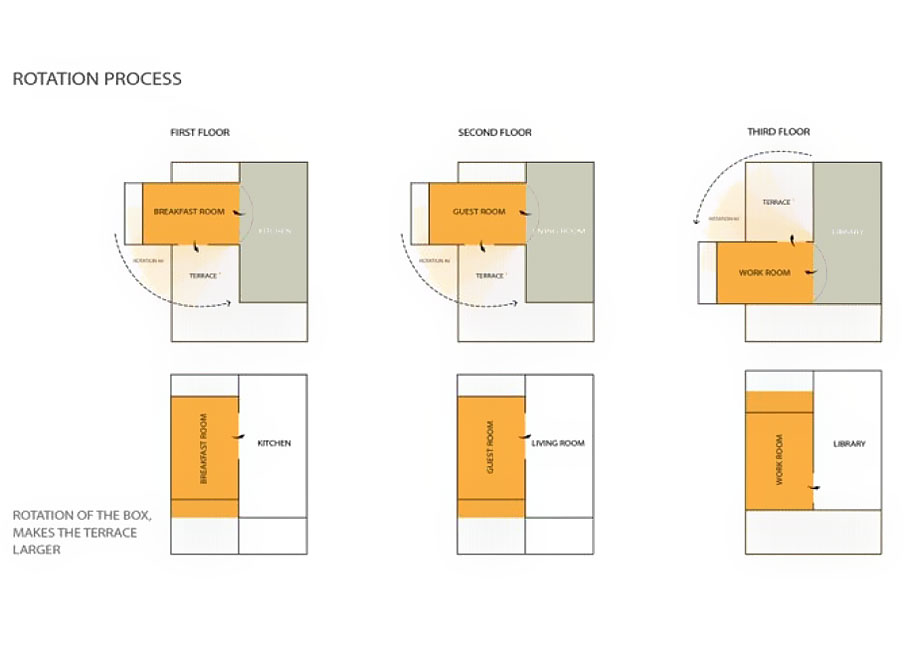