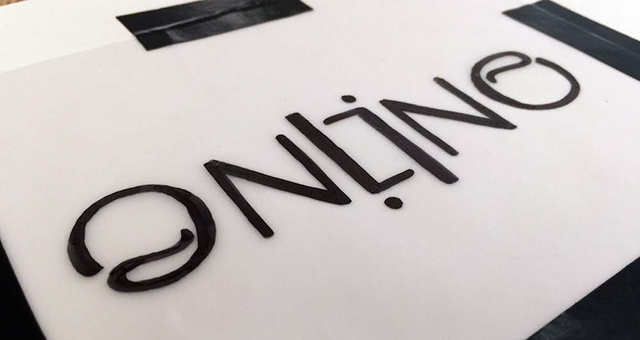 How To Create Your Own Ambigram, A Word Readable From Any Perspective

First of all, let’s clarify what an ambigram is. It’s a word written in a way that even if you change the viewer’s perspective (rotate, mirror, reflect, etc.) it can still be read as either the same or a different word. Now if you want to make an ambigram yourself, Nikita Prokhorov is the guy to go to.

Nikita has found a passion in ambigrams: “The artistic epiphany that occurs, once you realize a word can be rotated and you can still read it as a word (whether it’s the same as or different from the original), is absolutely beautiful,” he told How Design. And being not selfish, Nikita has shared a simple tutorial in which he transforms the word “online” into a clever ambigram.

Oh, and make sure to scroll down to the very end for more works by Nikita Prokhorov.

That’s what we’re aiming for: 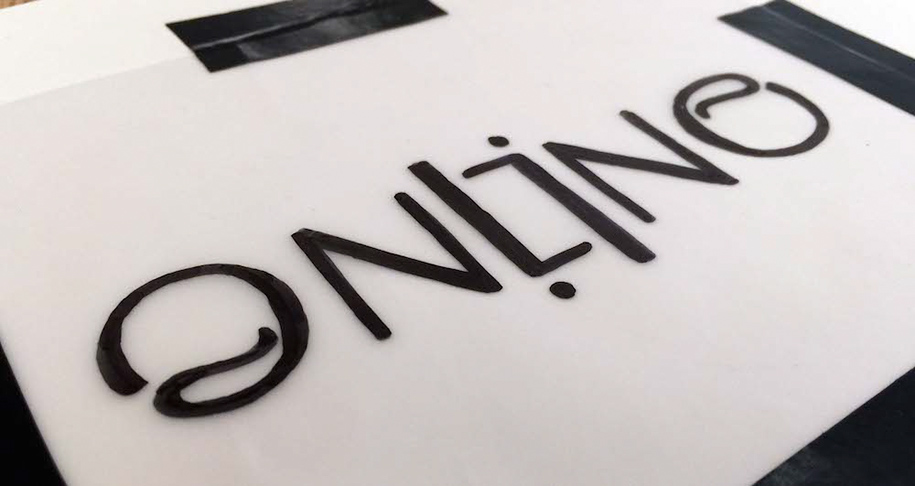 Now grab a piece of paper and follow this step-by-step tutorial to make an ambigram of your own.

Step 1 – Write down multiple variants of the word 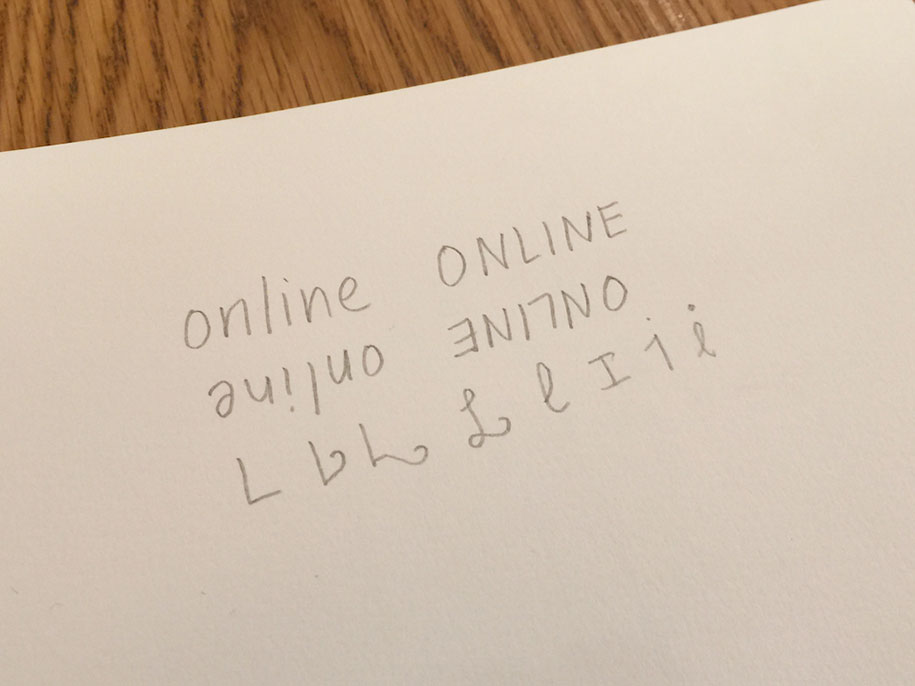 Write it at least twice: once the way you would normally read it, and once upside down (try it in both lowercase and uppercase), that will allow your eyes and brain to:

A) get used to seeing traditional letters upside down;
B) see how the upside down letters relate in overall shape to the first word.

This will help you to notice similarities between letters. You may not realize that if you flip a ‘b’ upside down, you’ll get a ‘q,’ and if you mirror the ‘q’ vertically, you get a ‘p.’ It’s all a matter seeing something you’re used to from a different perspective. 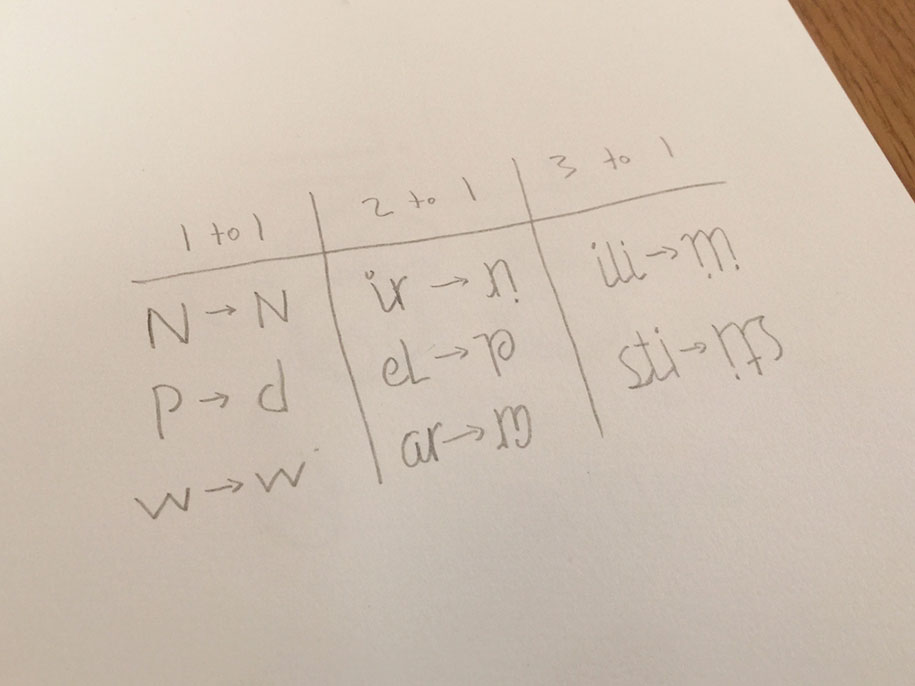 In ambigram design, there are several possible letter ratios that you can encounter.

1-to-1 flip – ideal scenario, where one letter turns into another letter when rotated. Once rotated, it could be the same or different letter from the original.

2-to-1 flip – slightly more complex letter ratio, where two letters morph into one letter when rotated.

3-to-1 flip – probably the most difficult letter ratio, when three letters become one letter when rotated.

Look at letterforms and see the available letter combinations 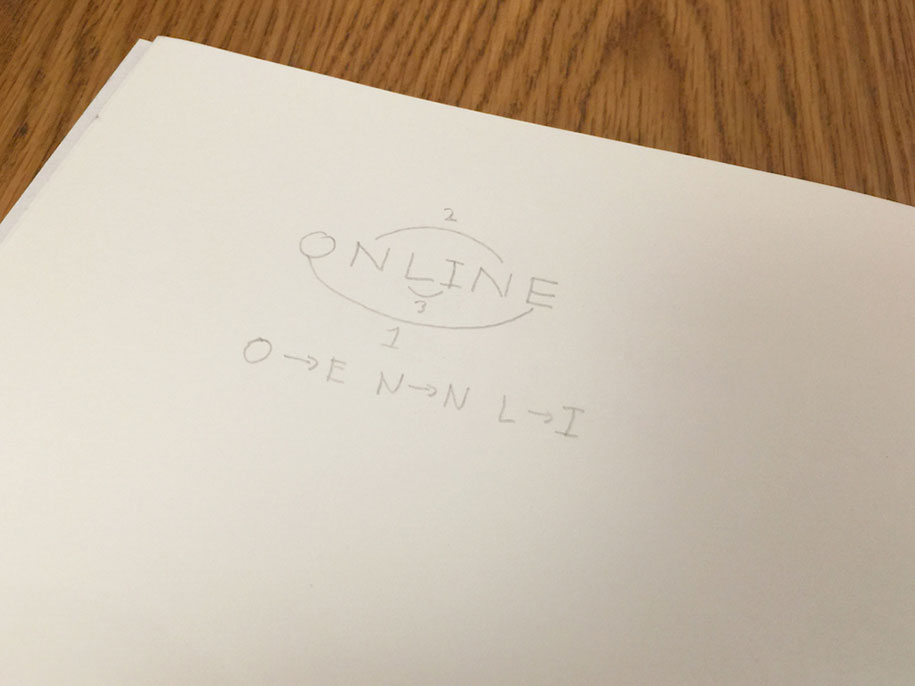 Looking at the letterforms helps analyze the word to see what type of letter combinations/pairings you’ll need to develop. Seeing as there are two circular elements on both ends (o, e) and several very strong verticals (n, l, i), it didn’t make much of a difference which approach I used (I started with the ‘o’ and ‘e’). 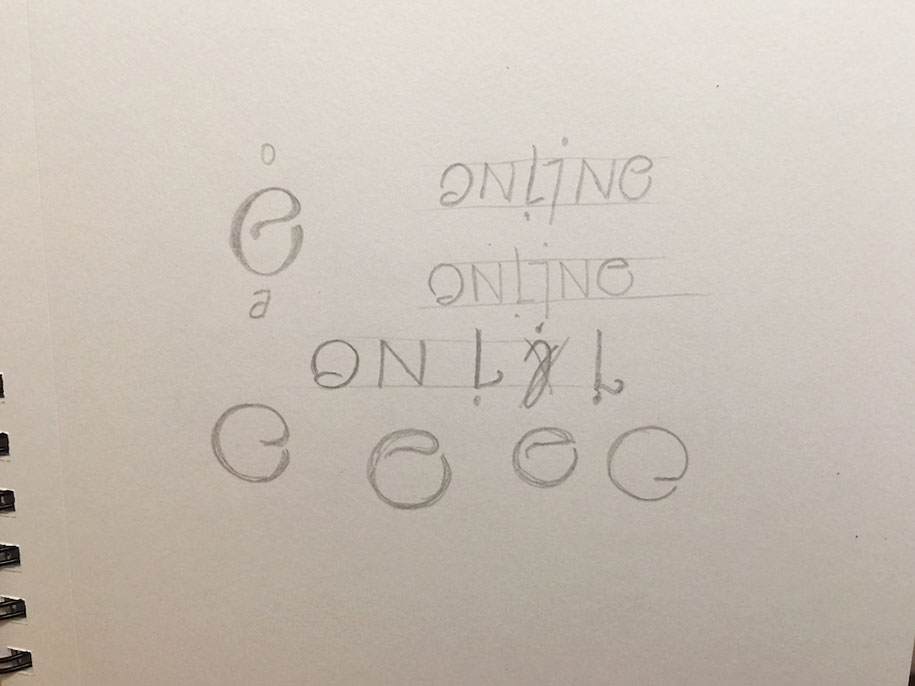 Start your ambigram design with simple monoweight lines. Why? Well, it’s similar to logo design, where you make sure your logo works well in black & white before you start adding colors and other elements. Make sure your ambigram is legible and readable before introducing any specific typographic styles.

Remember the old Bauhaus School motto – “form follows function.” Keep it in mind when working on your ambigram! 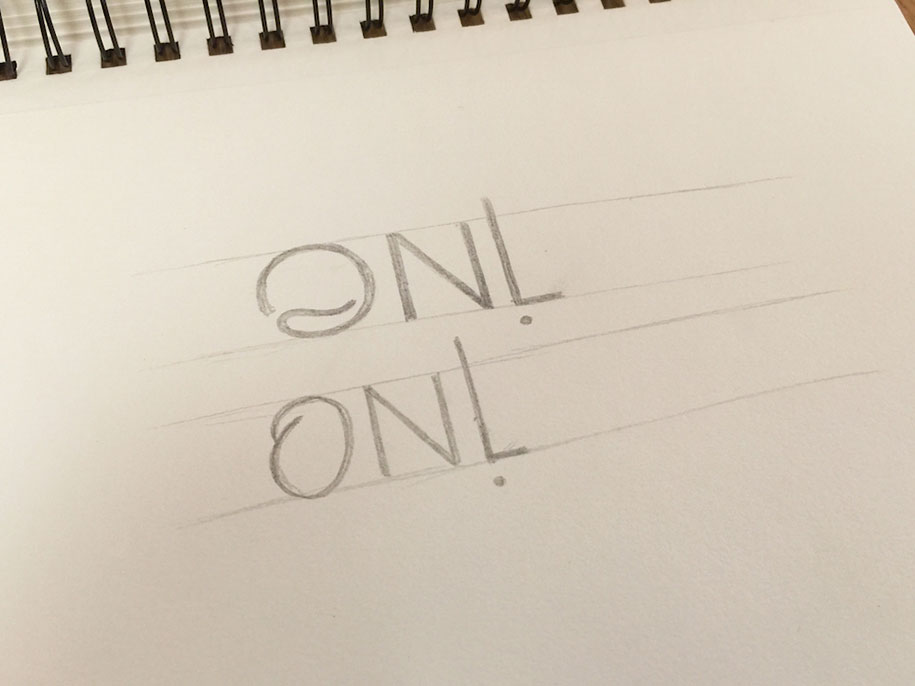 At this point, it’s a matter of which typographic style you prefer. However, keep in mind that not every typographic style will work with your ambigram: the ambigram design drives the style, not the other way around. Experiment!

Paper or computer is a matter of preference. Personally, I love drawing ambigrams and letters on both paper and computer, but the medium is driven by the end result and need. However, another rule of thumb applies here: before switching to the computer, make sure your ambigram sketch is as refined as possible. 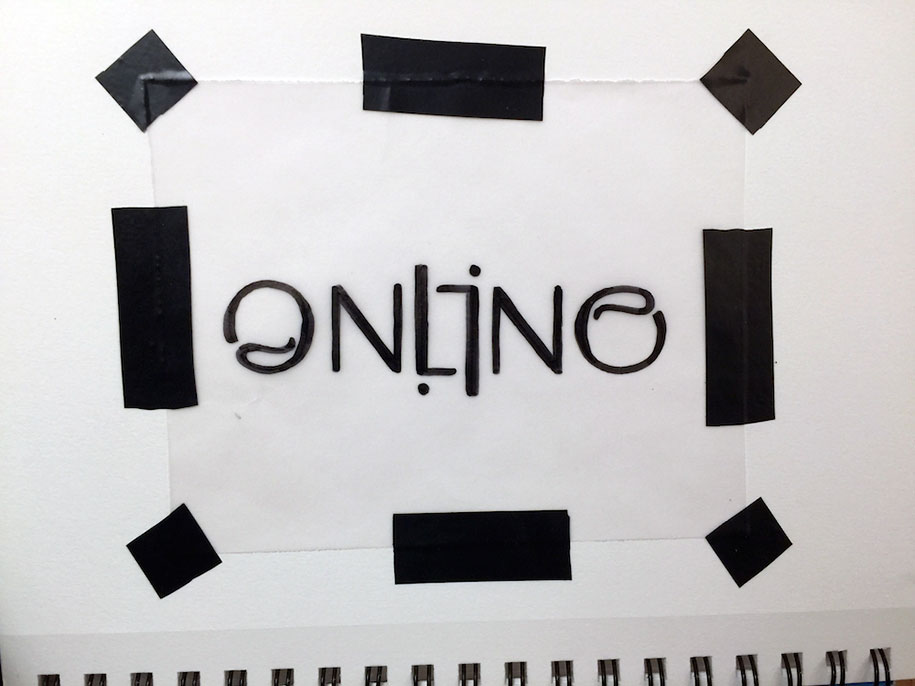 So, there you have it—your first ambigram! But there are still some challenges in making it a successful ambigram: the legibility of o/e flip was the toughest problem to solve for this word. With a more complex word, you’ll end up with many more sketches and headaches, but the same basic theories apply to “online” as they would to “supercalifragilisticexpialidocious.”

Here are some more awesome ambigrams by Nikita Prokhorov: 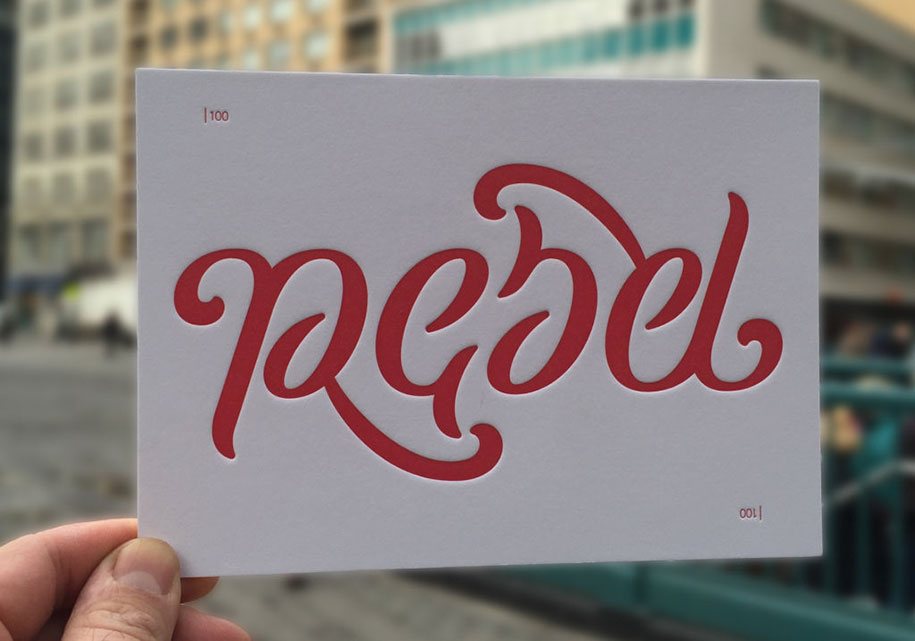 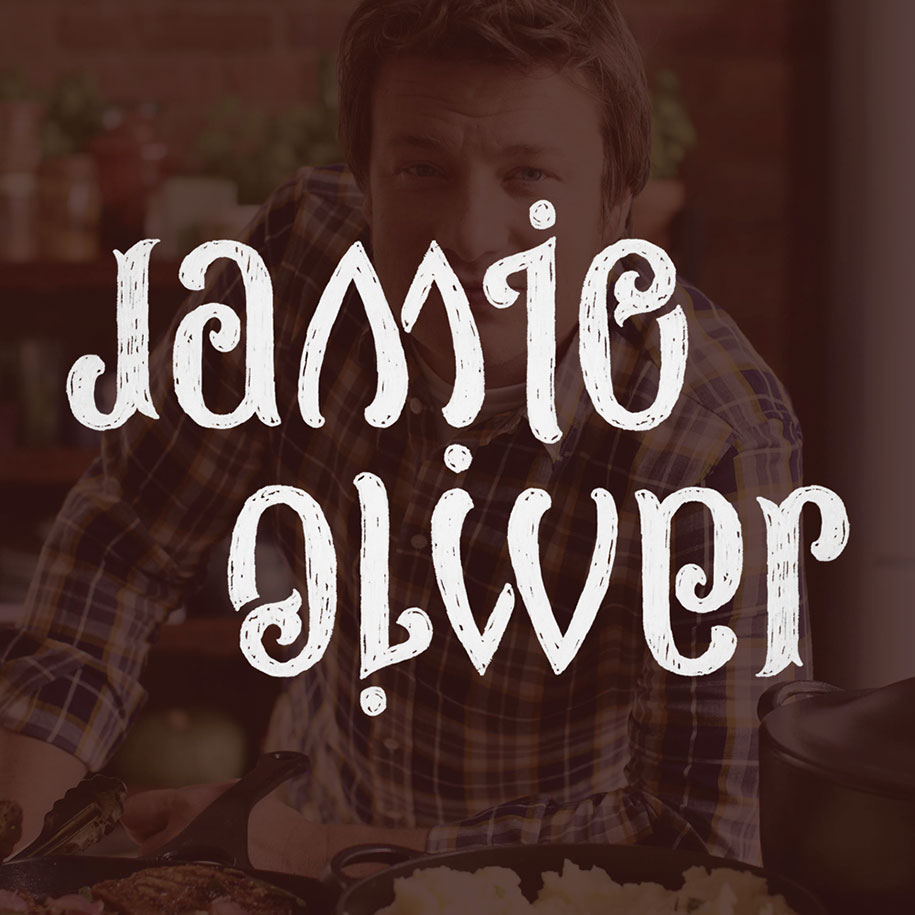 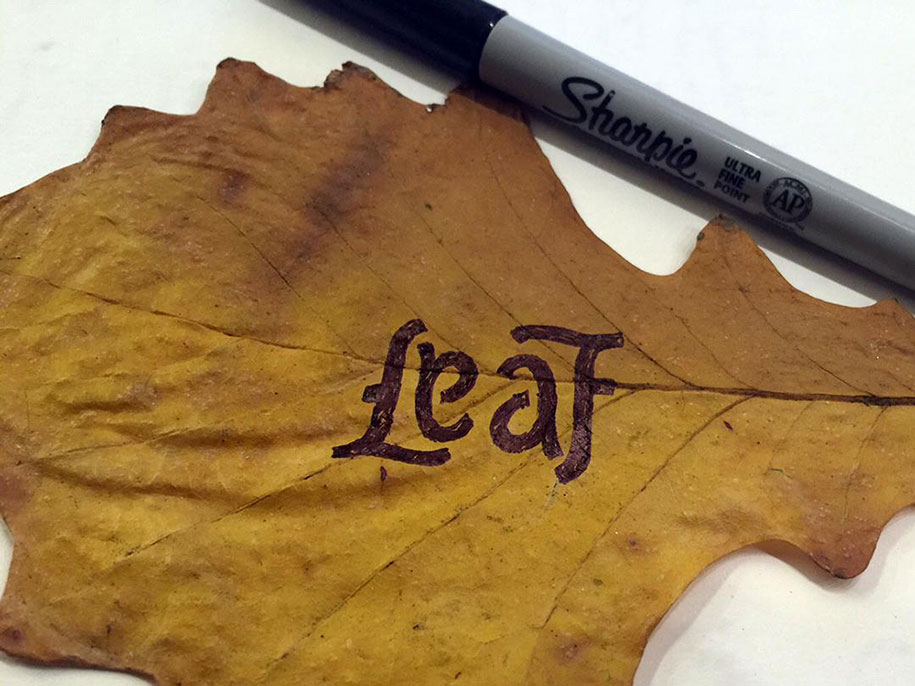 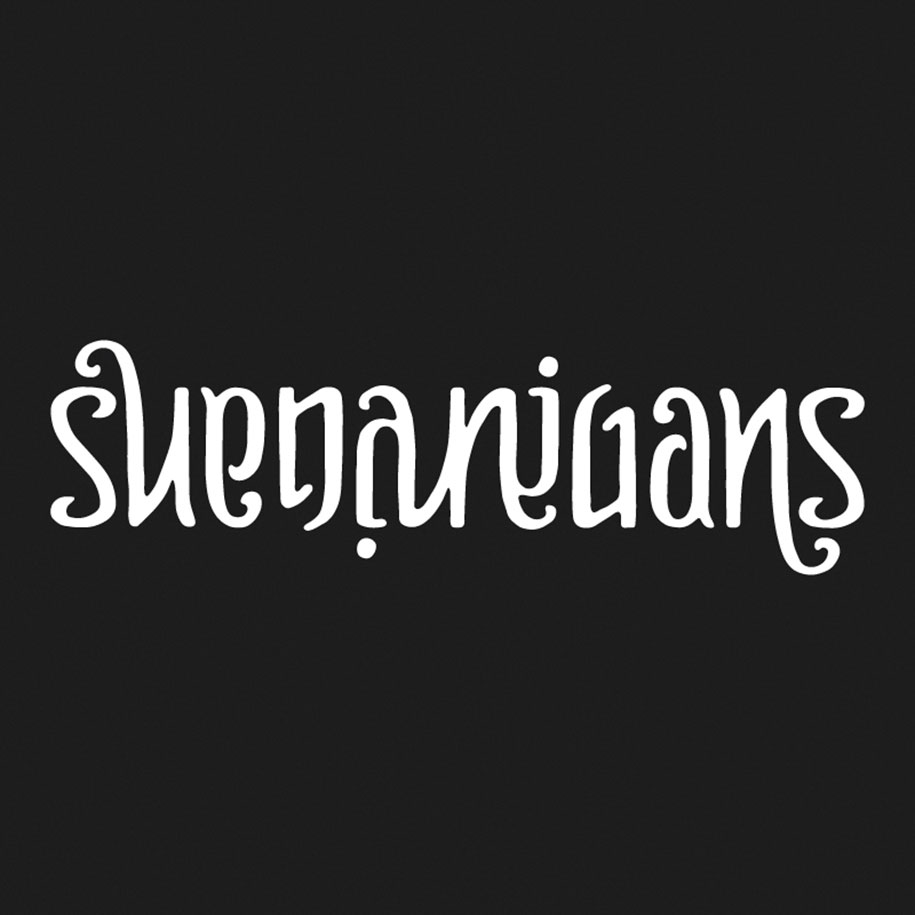 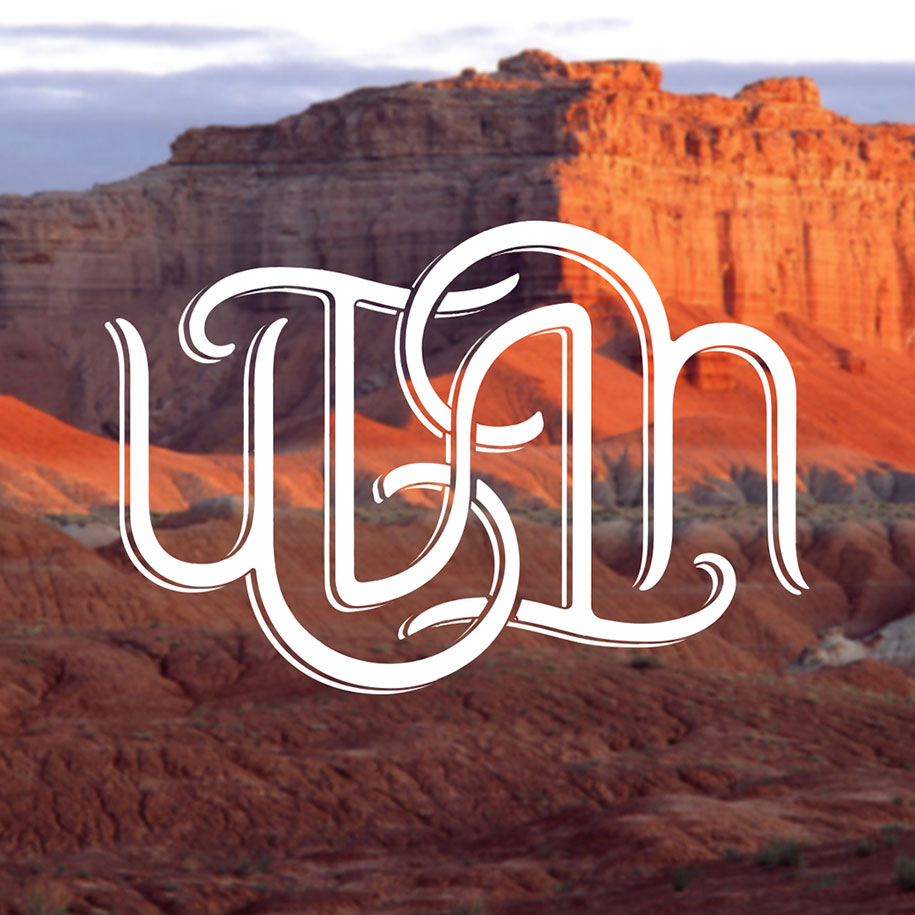 Oh and before you start ambigramming, here’s one last tip from Nikita: “When branching out into a new artistic direction, simplicity is the word du jour. Michelangelo didn’t paint the Sistine Chapel the first day he picked up a paintbrush, much like you shouldn’t start with a very complex word for your first ambigram.“