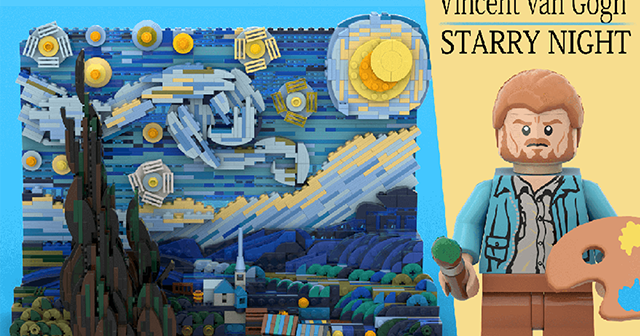 The Starry Night is a painting created by Dutch painter Vincent Van Gogh back in 1889. It is considered to be one of the most widely recognized pieces of Western art, and has inspired many artists throughout history – and I don’t just mean painters.

Just a little while ago, Truman Cheng, aka legotruman, a LEGO fan from Hong Kong, entered LEGO Ideas competition with his recreation of The Starry Night, and his work ended up being selected to be turned into a set! 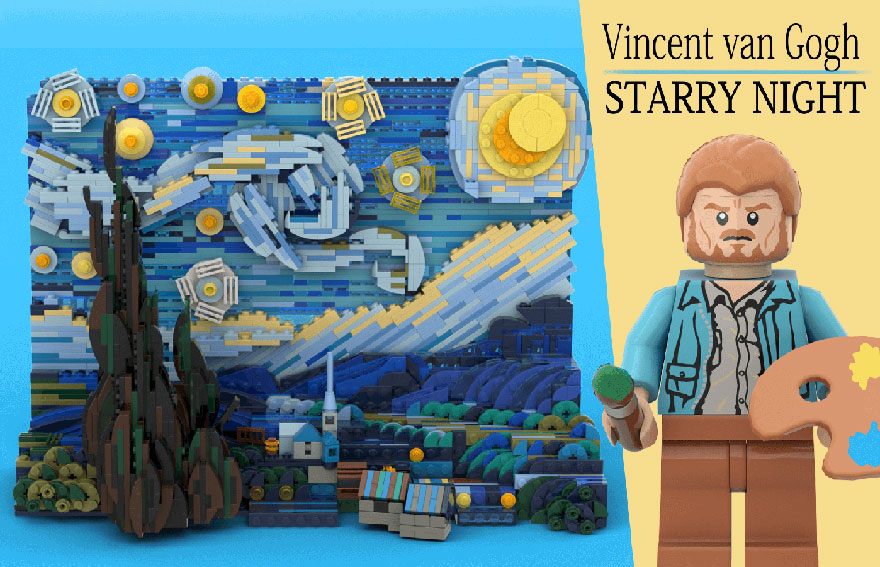 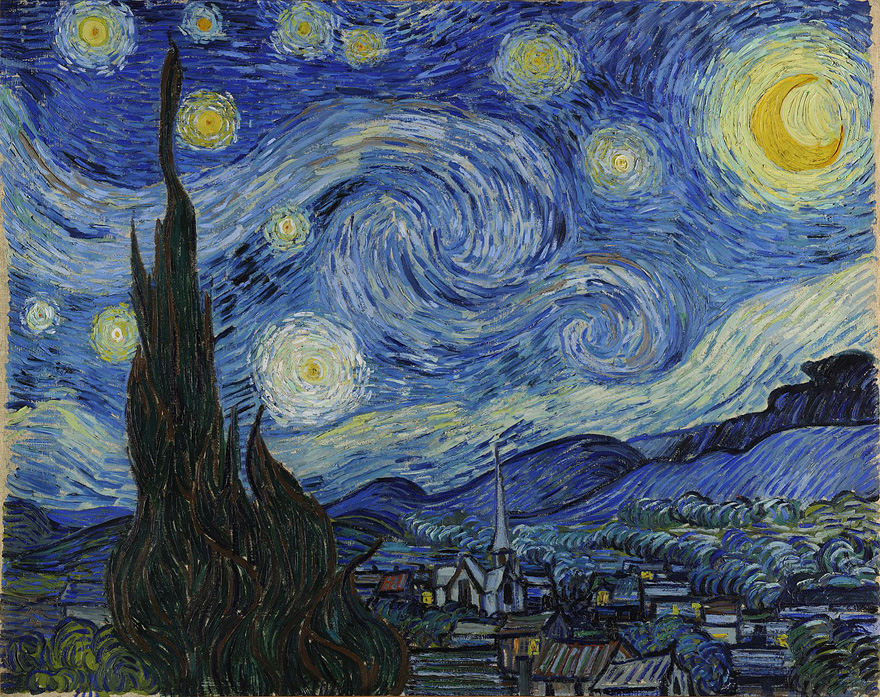 “The set re-imagines the original painting in a 3D scene, with strong emphasis on the artist’s iconic brush strokes and color choice,” says Truman. 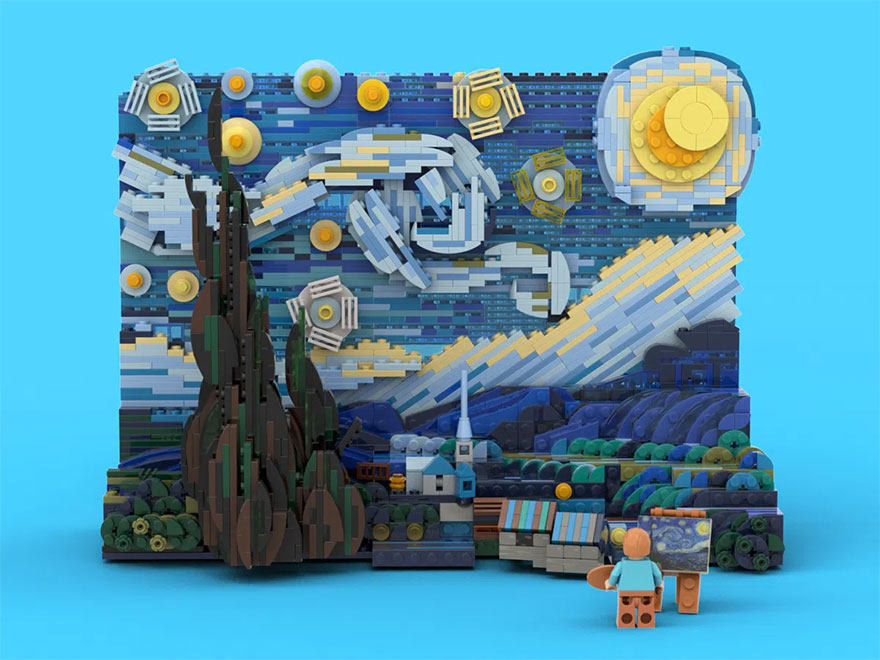 Truman’s set comes with a brush, easel, painting palette, and a miniature printed version of The Starry Night. 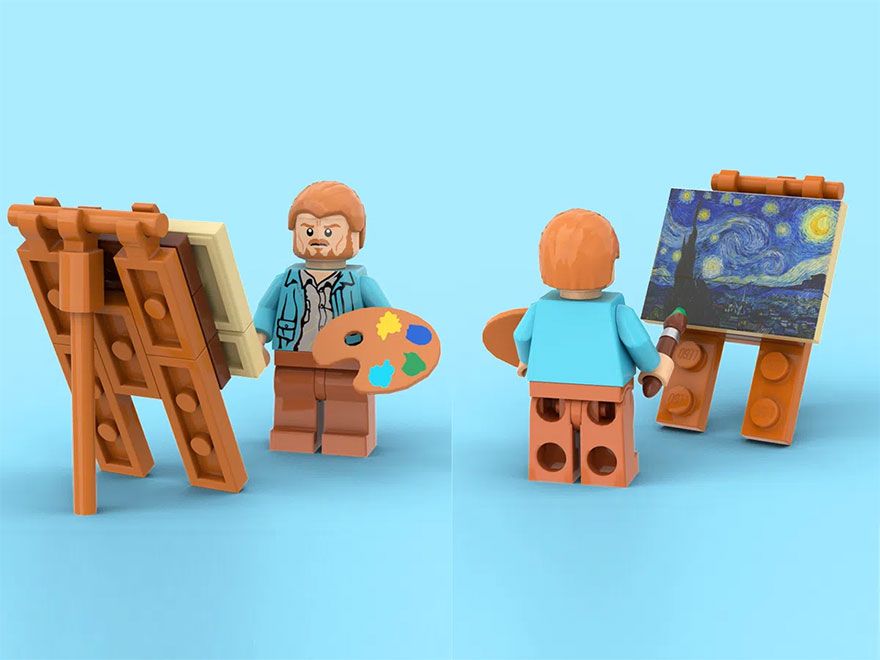 In an earlier interview with LEGO, Truman said he became interested in LEGO when he was just around 5 or 6 years old. He says that for him, it’s more than just toys, and reminds him of painting. ” I can express myself, create characters and sculptures from my imagination. It’s a very relaxing experience where I can forget about the petty troubles in daily lives, and get lost in my own imagination,” says the man.

The set consists of 1552 parts 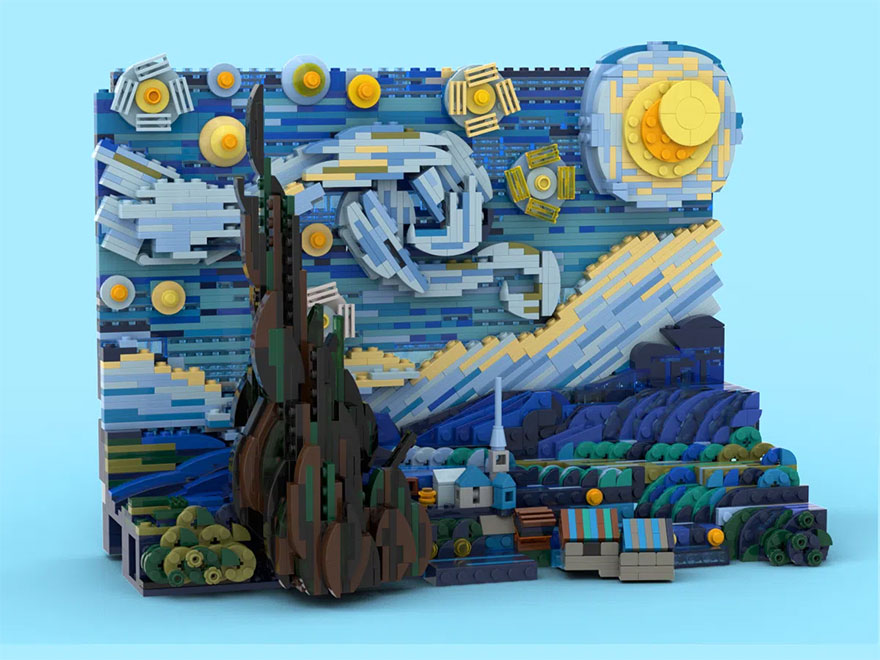 When asked why he chose to recreate The Starry Night, Truman said that the artist’s work has always fascinated him. “The unique colours and brushwork just capture one’s imagination,” says the man. “His life story and complete dedication to his art are inspiring to many young artists.” 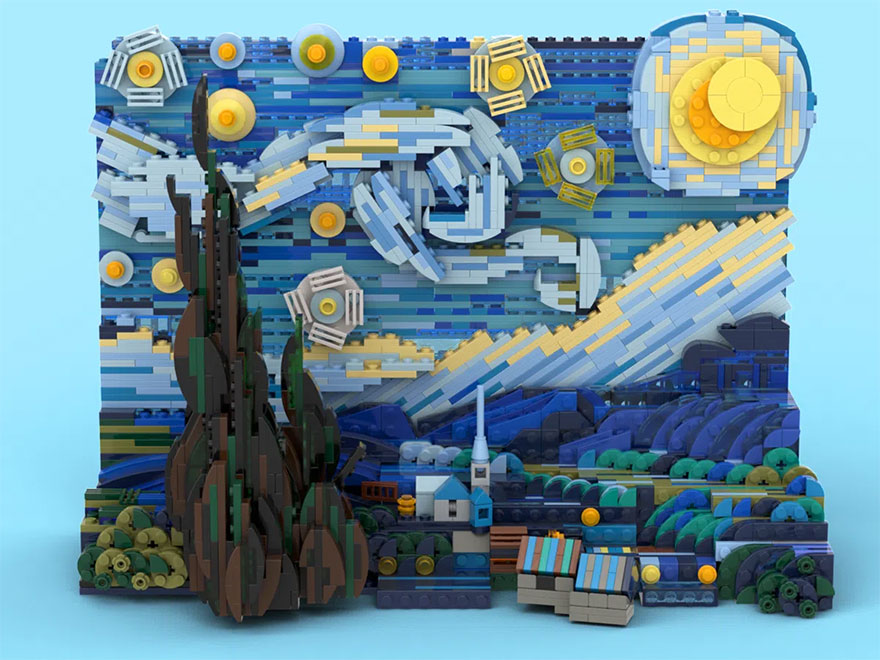 One day Truman was playing with LEGO parts and realized that stacking bricks in random intervals kind of looks like Van Gogh’s iconic brush strokes. “I couldn’t help but wonder what the full painting would look like with this build style,” explained the man. “I keep building and modifying, and eventually created the model you see in the project.” 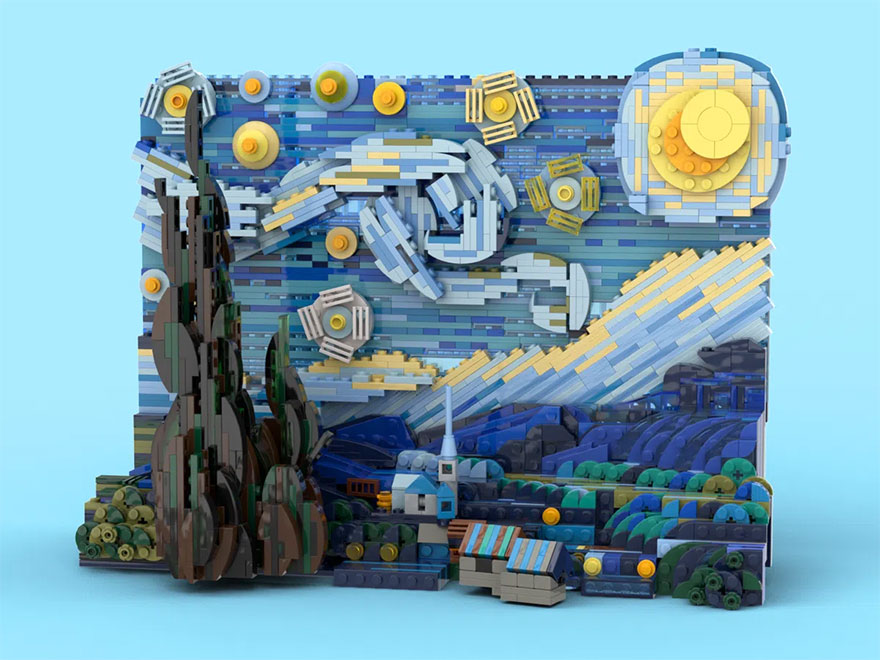 You can check out more of Truman’s works on his Instagram page.