Previously, bird’s-eye view photography was only available through expensive plane rides and balloon stunts. Quadcopters and drones changed the equation, and Amos Chapple spent two years travelling the world and taking photos with his remote-control friend. Below you can see 21 of his best pictures of both iconic landmarks and unexpected places of beauty. It seems that exchanging a camera stand for a quad-copter has its merits, as far as landmark photography is concerned.

Amos himself seems to be worried that the public opinion and even law is turning against use of quadros, and that the art is in danger of being choked by privacy laws.

Looking at these pictures, it’s not hard to see that it would be a horrible trade-off. 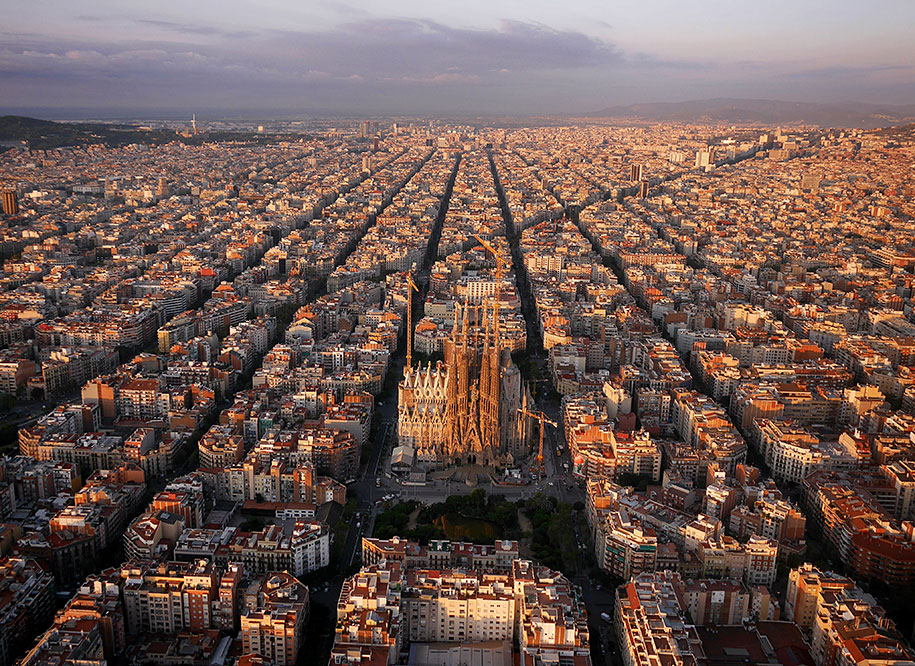 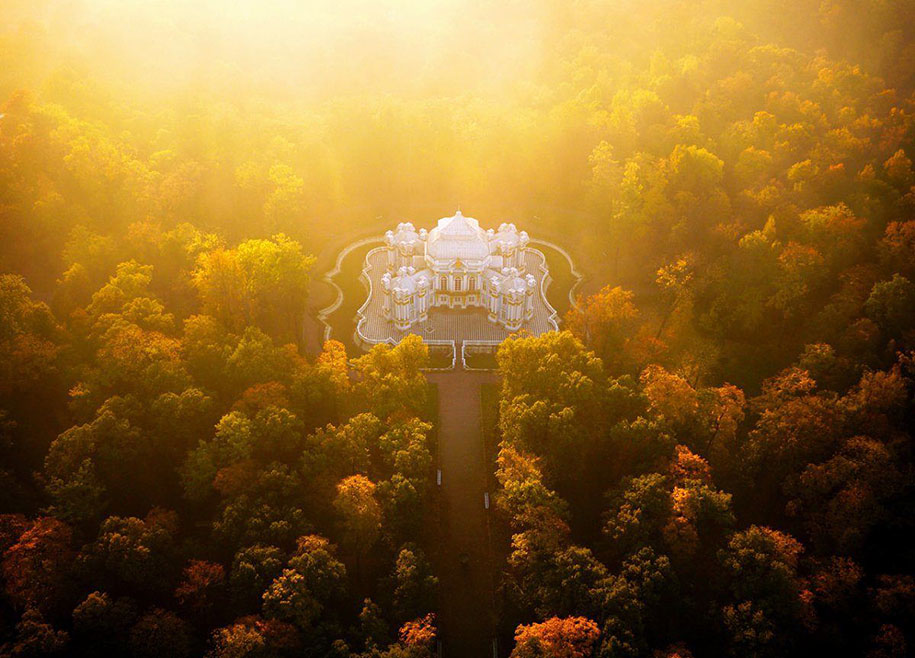 I can’t see what the camera is seeing. People find that weird but I quite like the suspense of not knowing what I have until I get the camera in hand.

Clouds swirl through the pillars of Sagrat Cor Church, high on a hill above Barcelona 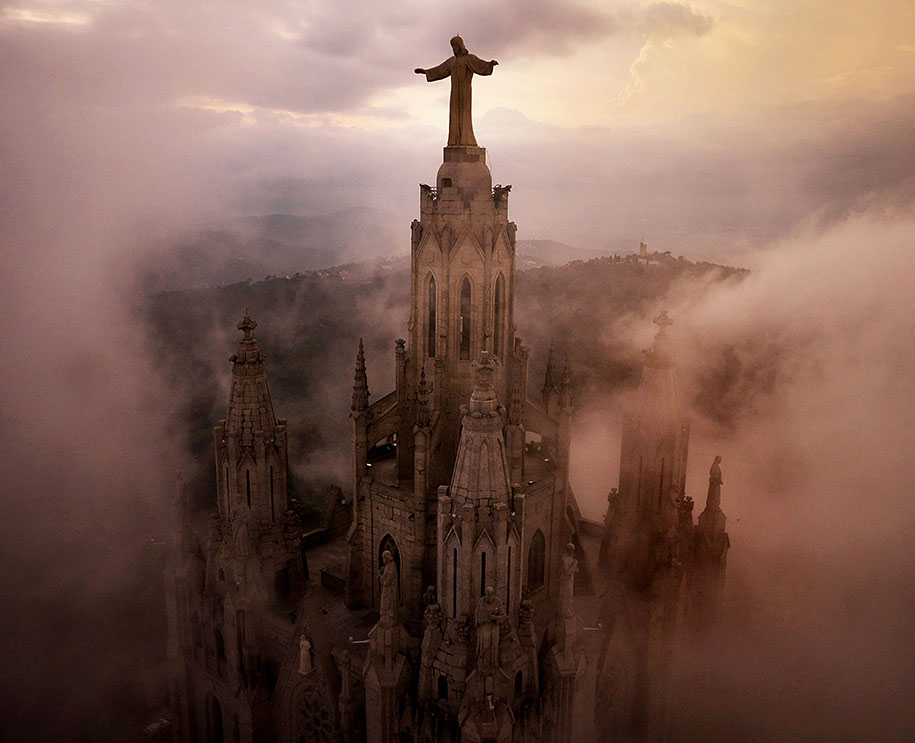 The star fort at Bourtange 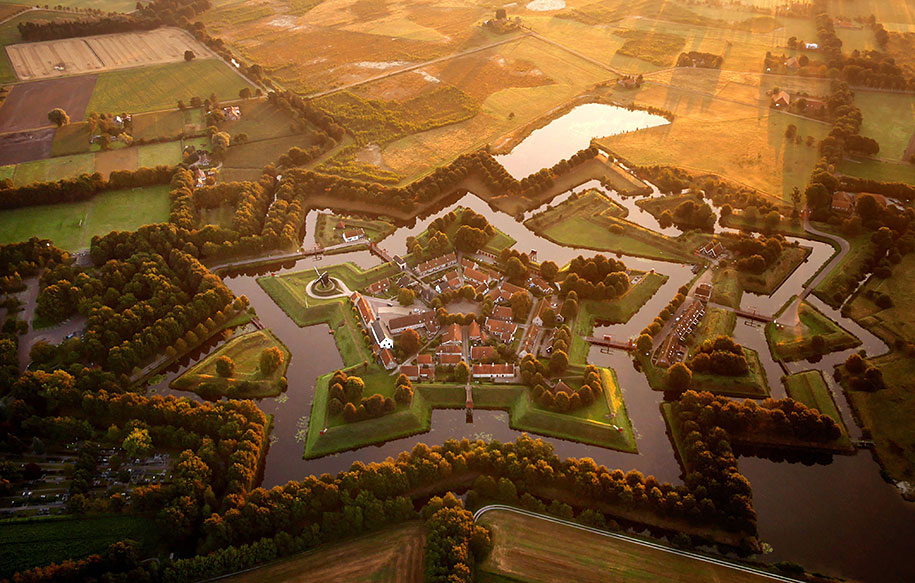 Three centuries after the last cannonball was fired in anger at the fort, it now serves as a museum and center of a sleepy farming village in eastern Holland. The low, thick walls were designed to offset the pounding force of cannon-fire. 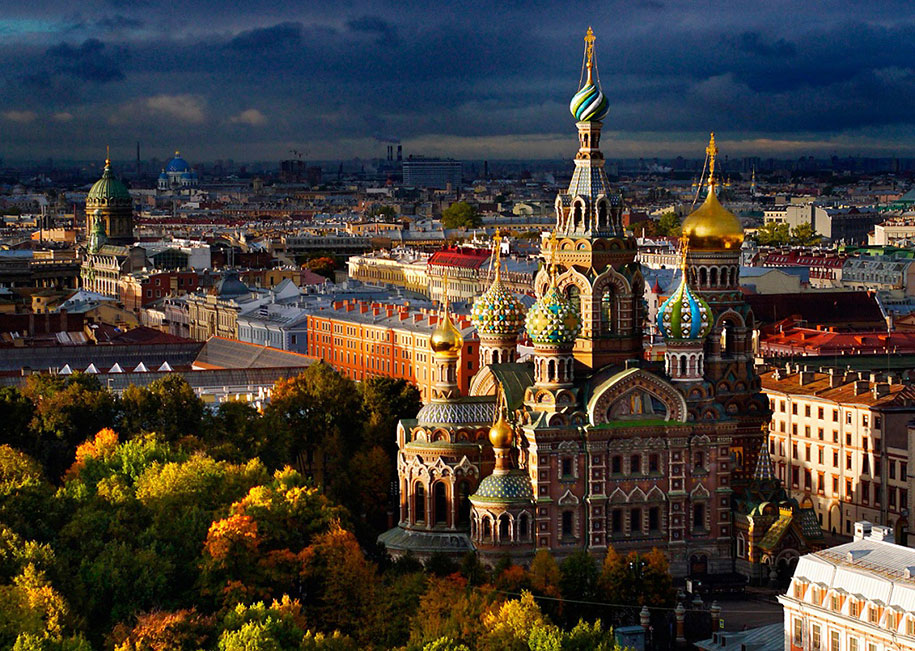 In the early days (2013) you could fly drones almost anywhere.

A ruined college inside the breakaway republic of Abkhazia 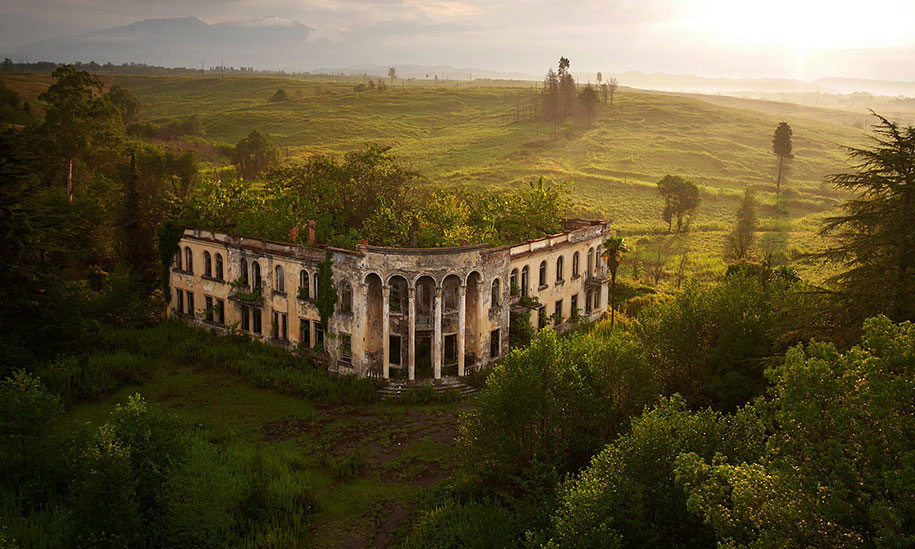 Ethnic cleansing went down here in the 90s and areas like this one (near Gali) are now a twilight zone of empty buildings and overgrown farmland. 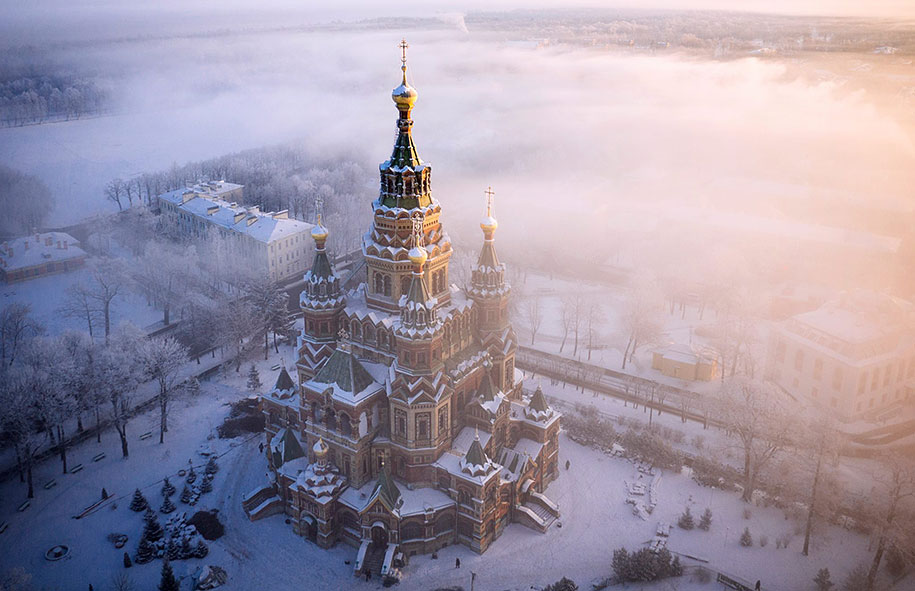 With tiny little Christians walking round the base.

The Lotus Temple, dotted with pigeons at sunrise. Designed by an Iranian exile, the building serves as the centre of the Bahai’i faith in Delhi 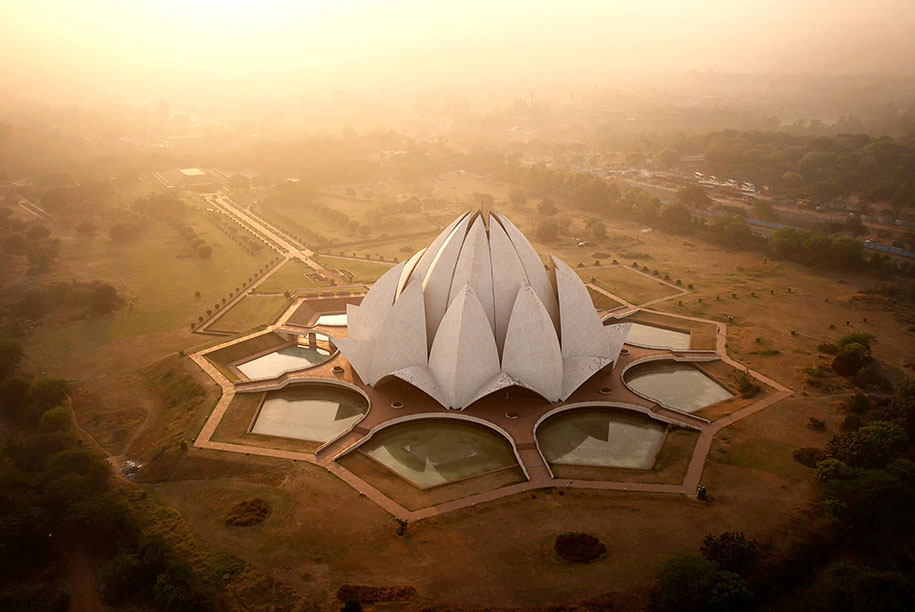 Jama Masjid, the heart of Islam in India 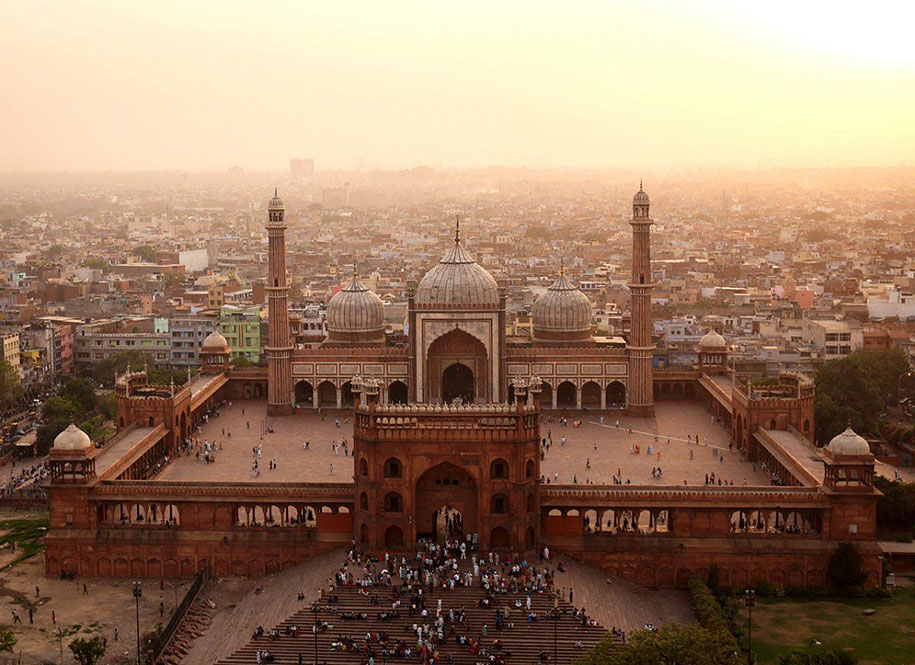 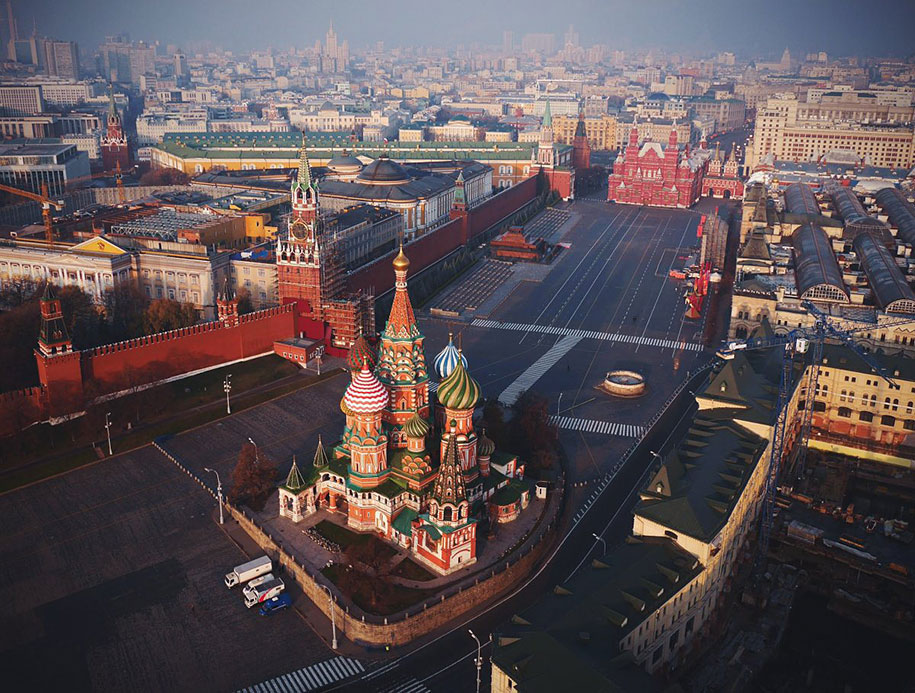 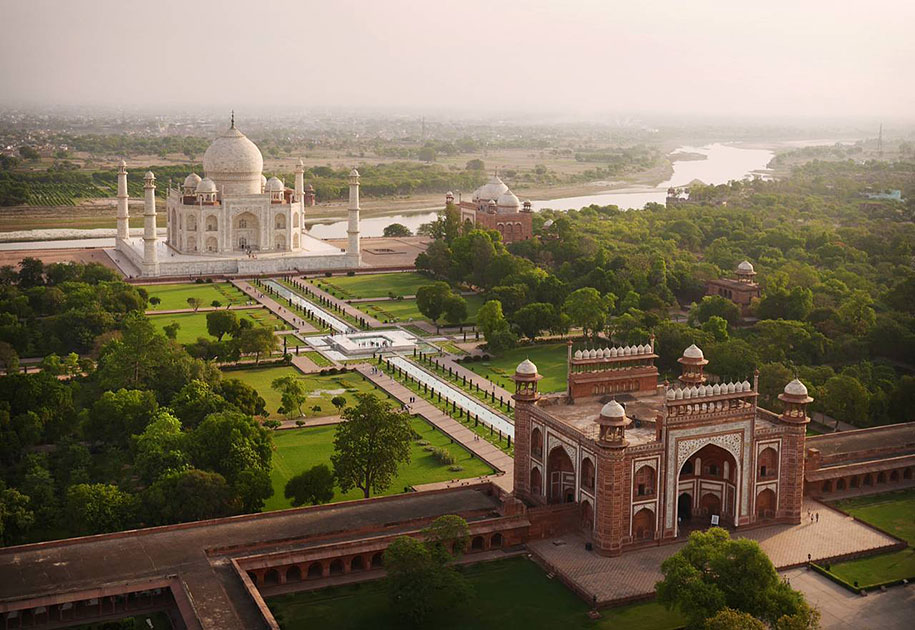 Security there is incredibly tight and I got busted.

The Taj Mahal in morning light 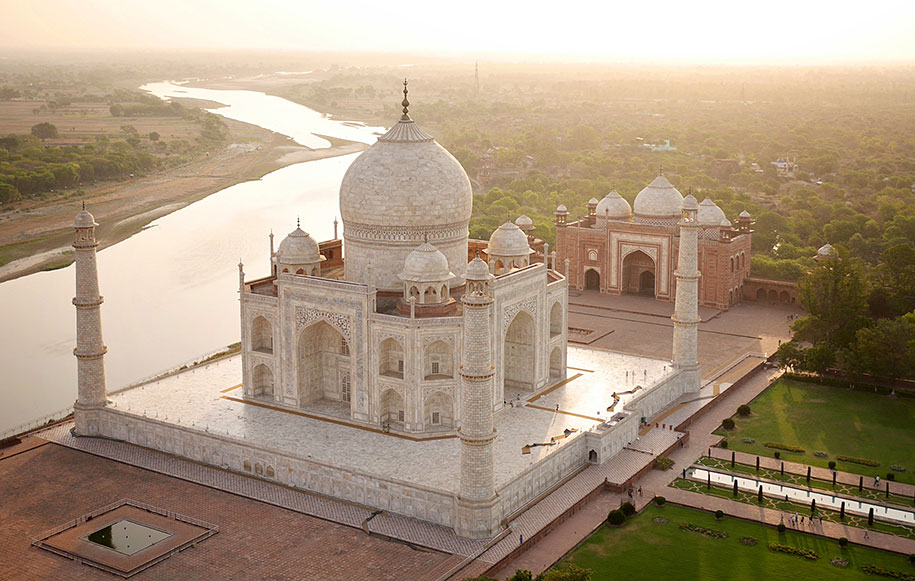 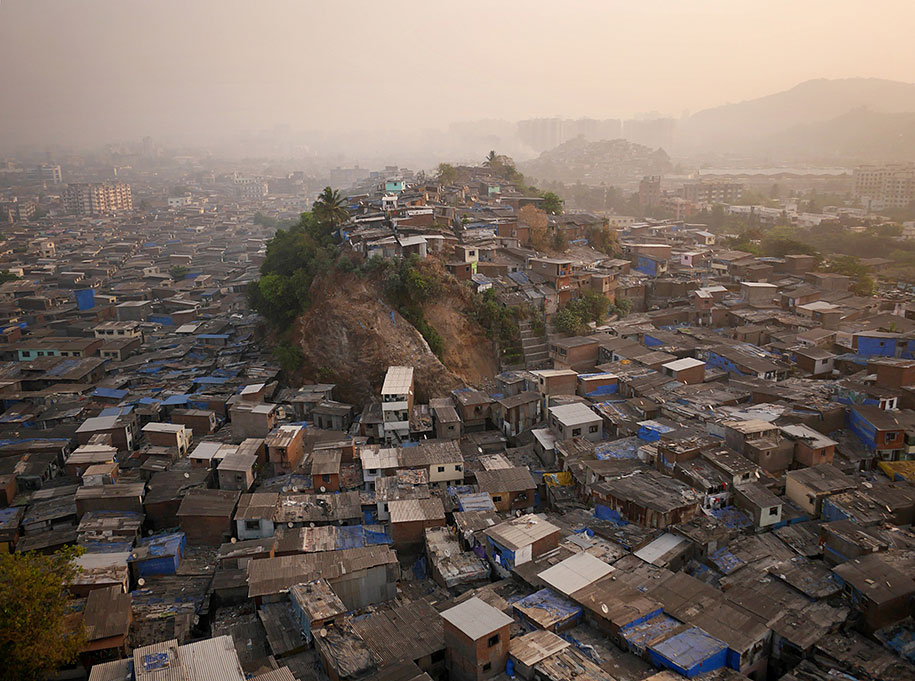 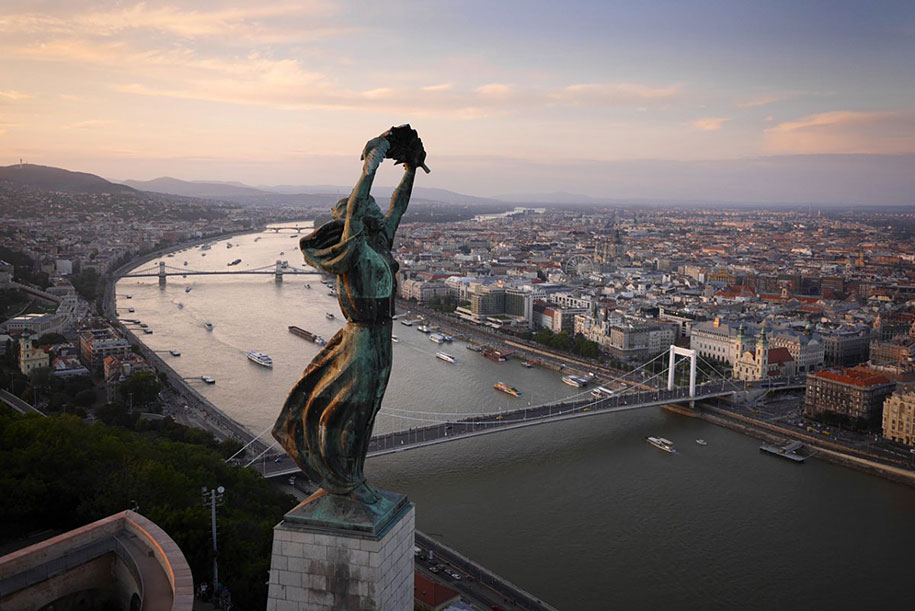 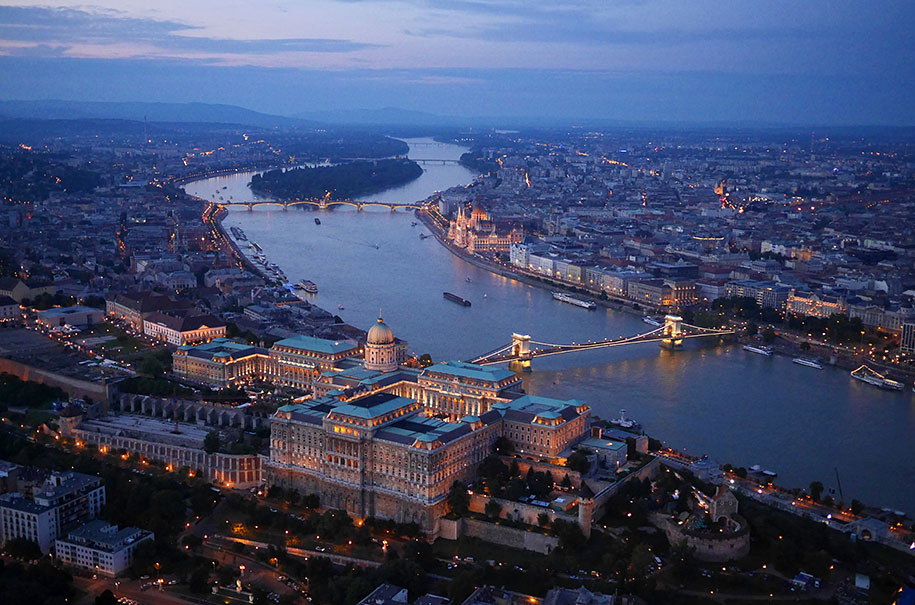 The barge in the center of the river is packed full of fireworks. An hour after this pic they were sent booming into the night sky to celebrate the country’s national day.

The Katskhi Pillar, where a Georgian hermit has lived for the past twenty years to be “closer to god” 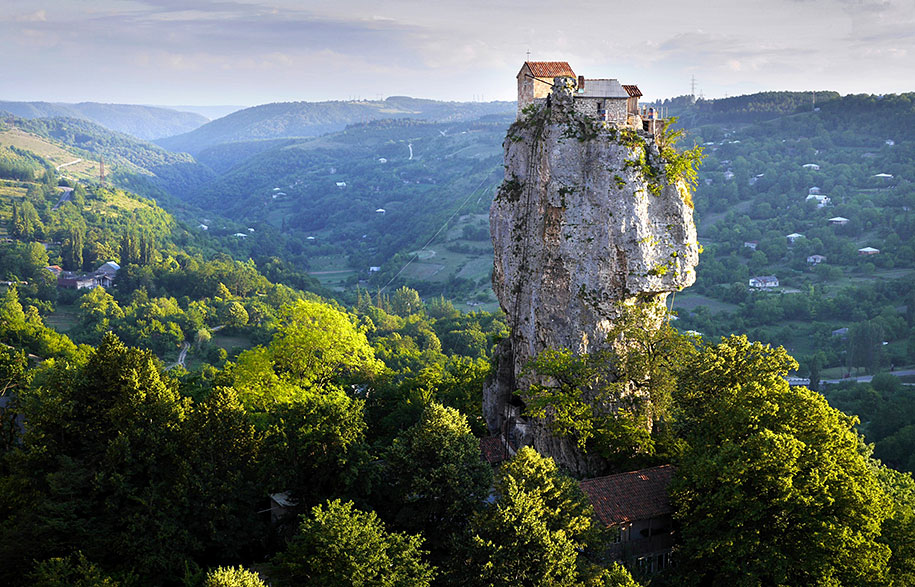 If you look close you can see the ladder. The terrifying ladder which I eventually had to climb. 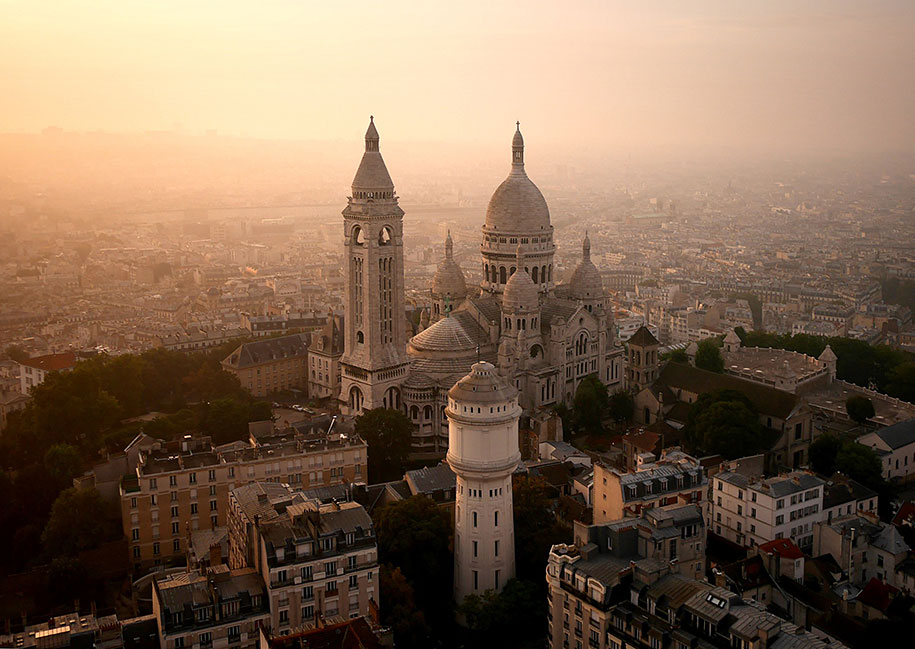 Worker and Kolkhoz Woman striding into the future that was 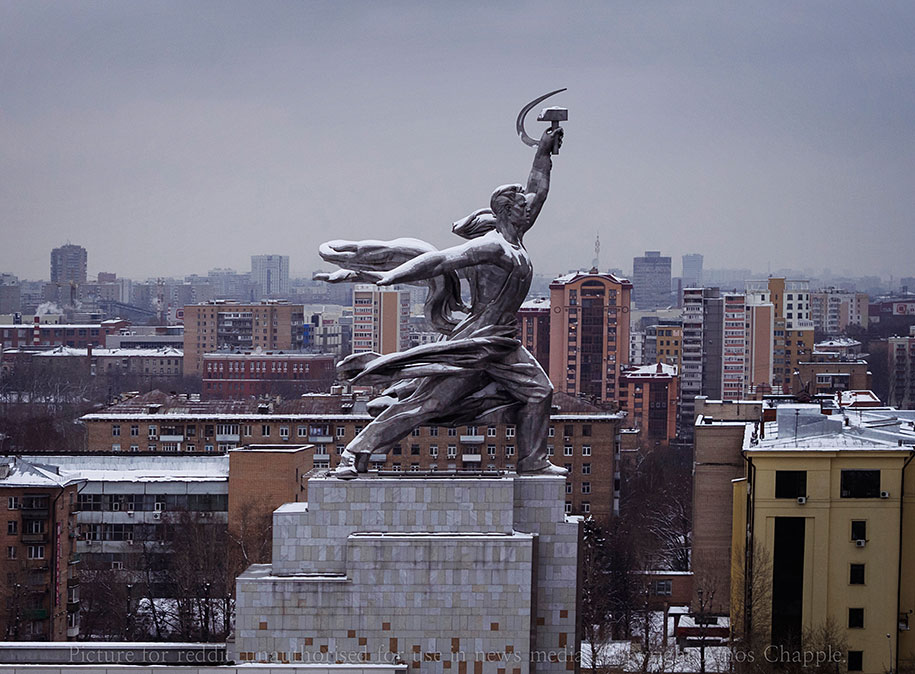 Built for the soviet pavilion of the 1937 world fair in Paris, the steel masterwork now stands in the suburbs of northern Moscow. 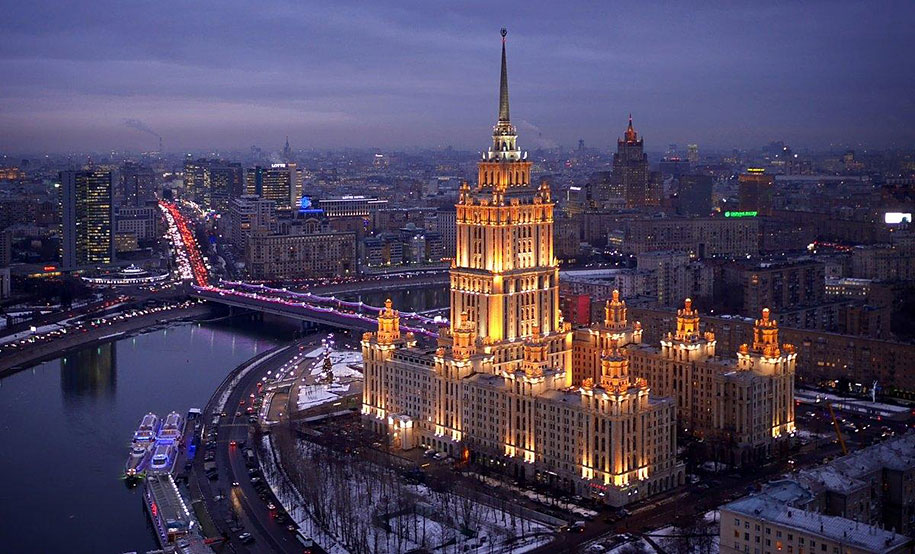 This picture was taken as the Russian stock markets crashed on “Black Tuesday”. Little whiffs of panic could be felt on the street. Moscow never looked or felt more like Gotham city.

New Zealand, where only the hobbits have a hard time 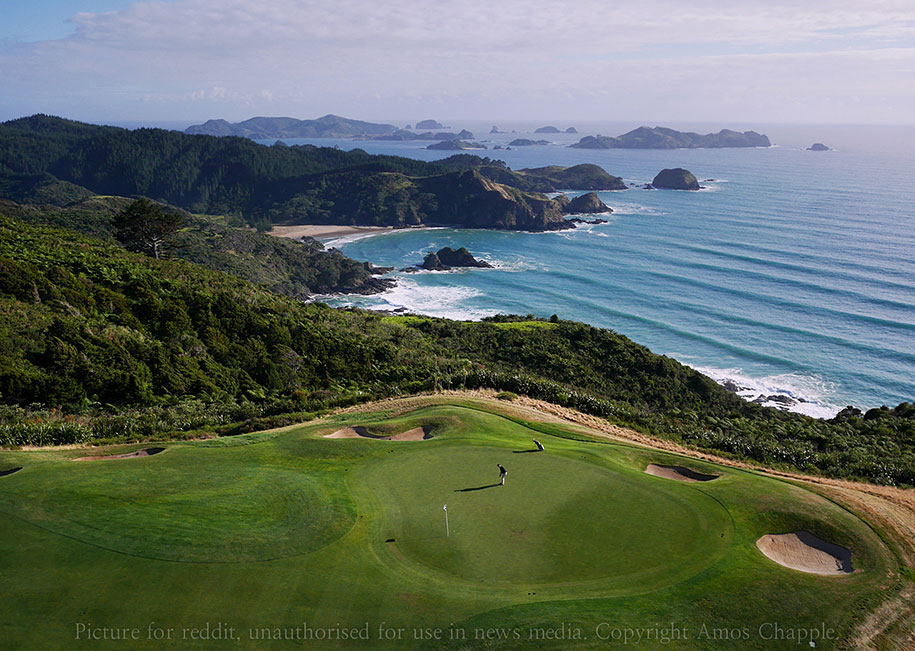 A knot of fishing boats at the entrance to Sassoon Dock, Mumbai 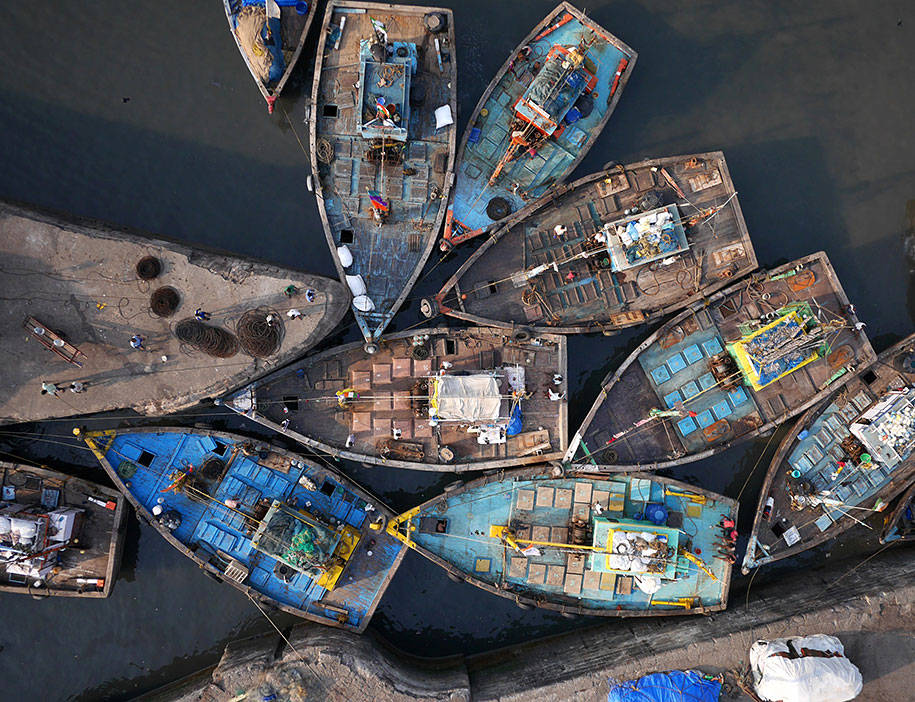