Good cosplay – dressing up as your favorite movie or game character – isn‘t easy, but there are ways for thriftier nerds to join in the action. And Anucha “Cha” Saengchart is has proven his economy dress up skills with Low Cost Cosplay. Starting in 2013, it is his Facebook group celebrating his low-to-no cost approach to cosplay.

Ductape is the least surprising item on his list. Hygienic pads, furniture, cats – nothing is out of his reach. With a bit of camera work and creative lighting, this could even turn into a poignant piece about cosplay. You could say that his work reflects how we can’t achieve the movie (or anime) ideal, no matter how hard we try, and that the flaw lies in the mundane material used for both the costume and the person filling it. Others could say that the project signifies that even in our own mundane environments we are heroes and villains, almost worthy of silver screen.

I myself think that the use of perspective in most of Anucha’s cosplay work is one of the better uses of his severely limited resources. That, and his cat.

Anucha works as a caretaker for the elderly and he first got the idea of low cost cosplay after seeing papers towels that came in different colors. One of his first costumes was that of Piccolo, the green devil from the famed Dragon Ball series of manga and anime. After that, he has cheaply impersonated countless characters, and his fans have done their own tributes, too.

Stunning use of cat every time. 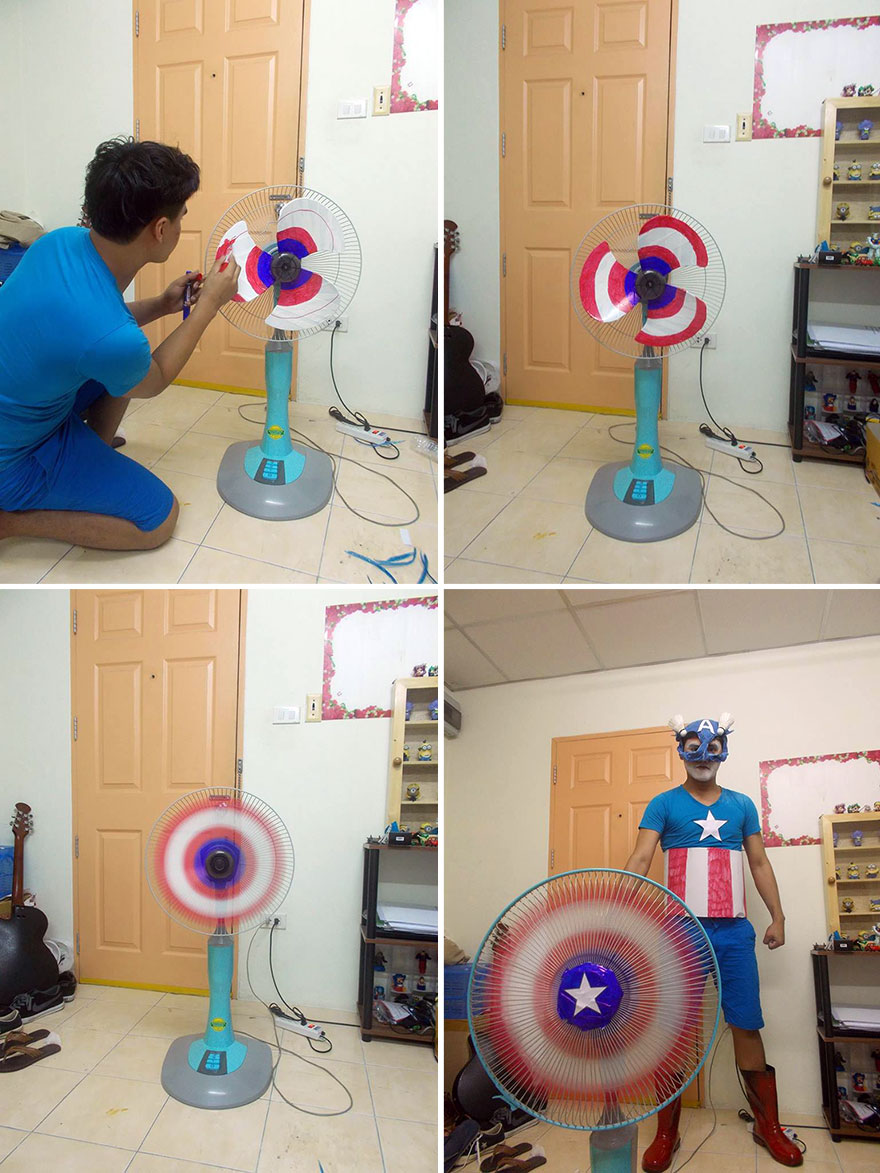 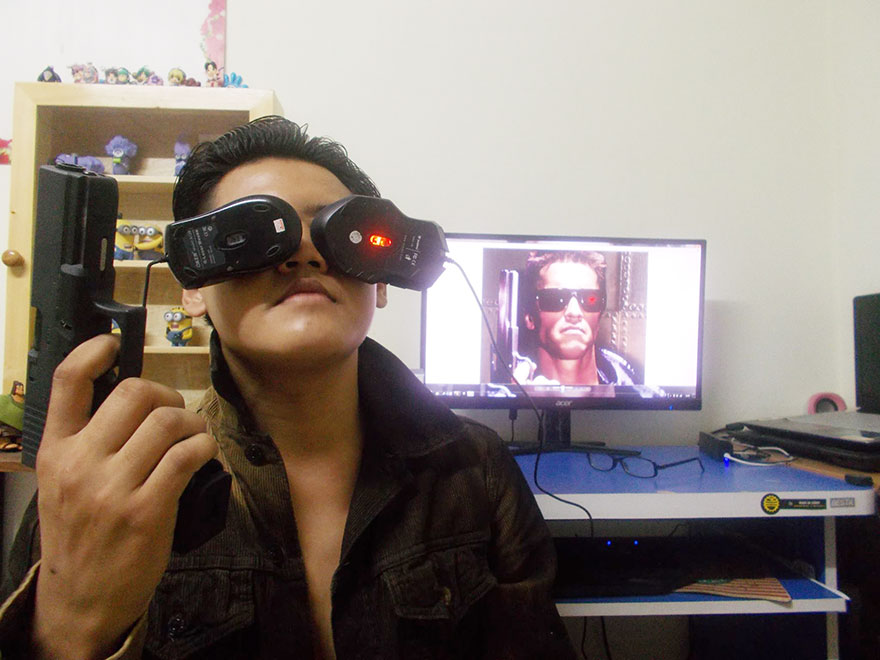 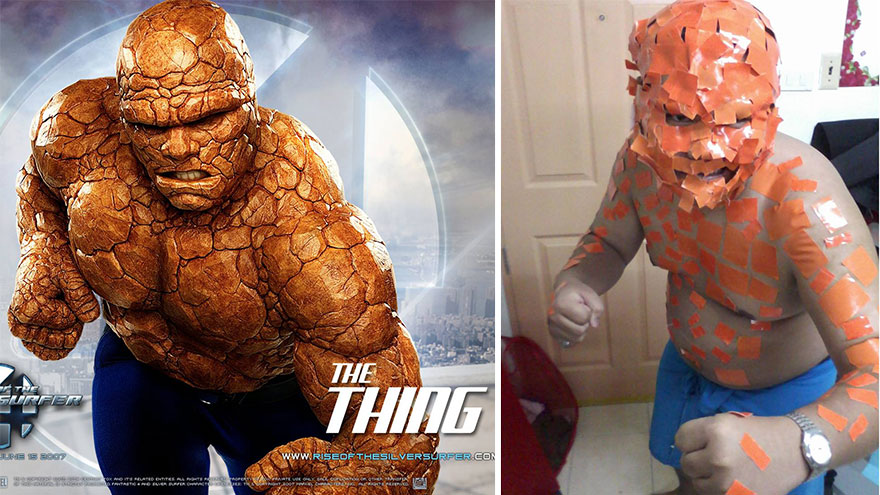 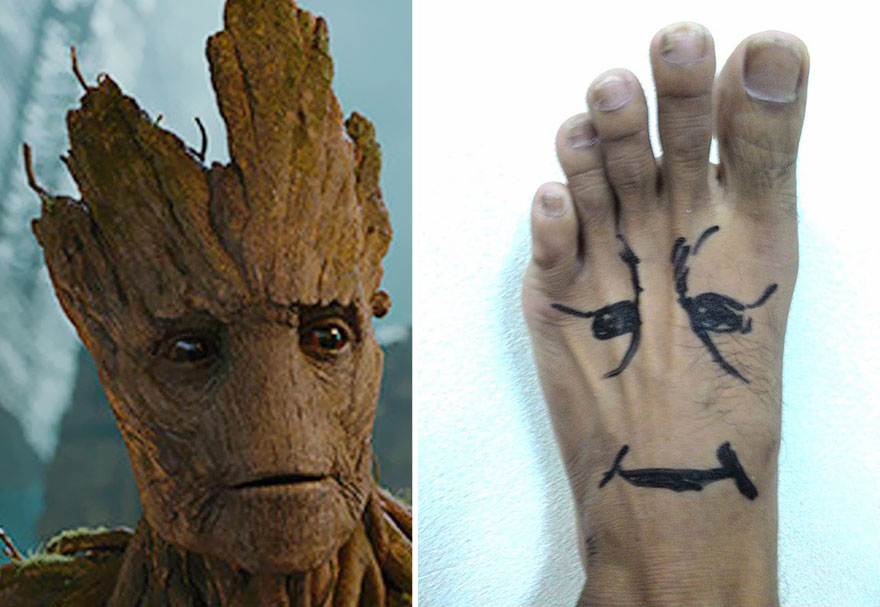 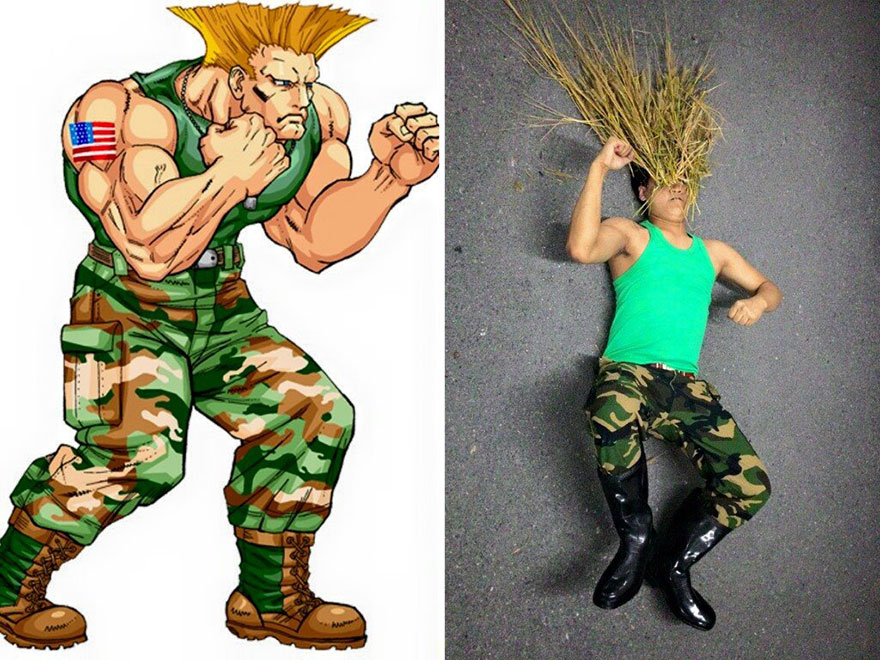 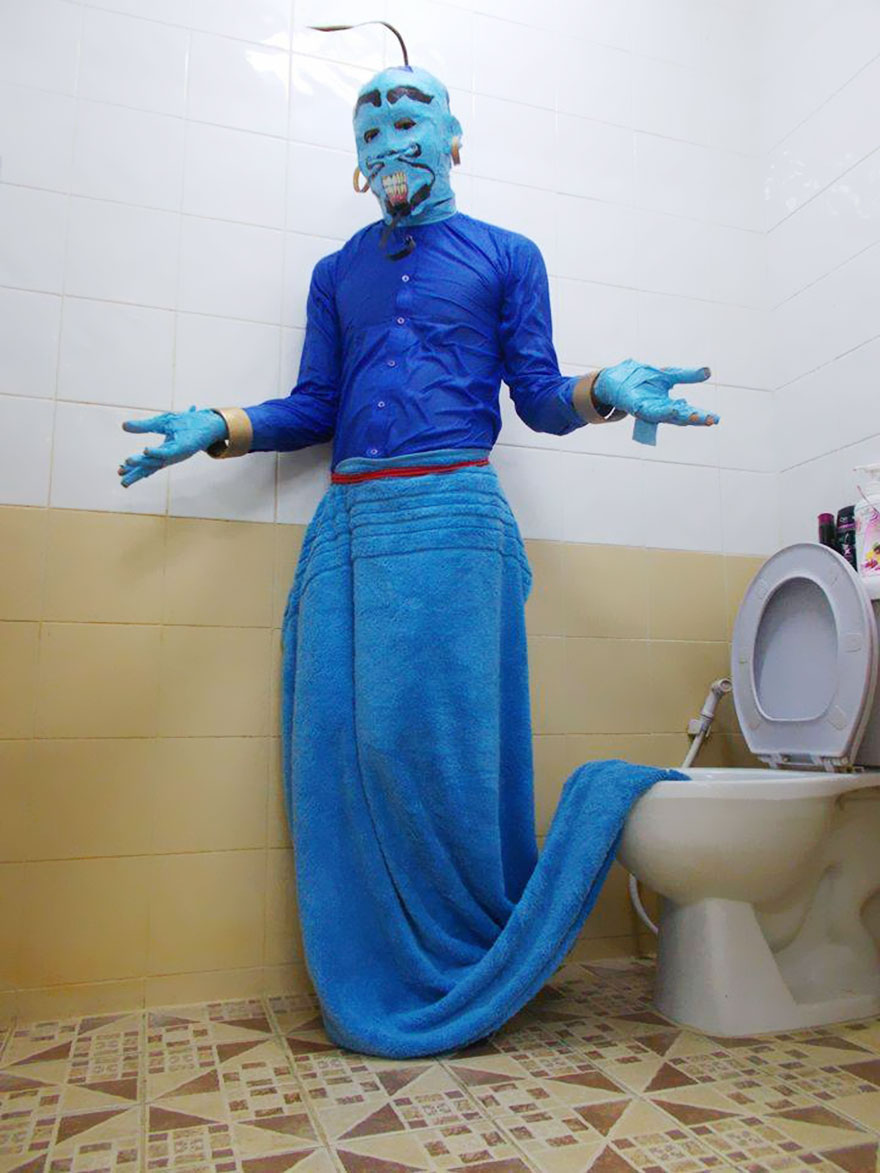 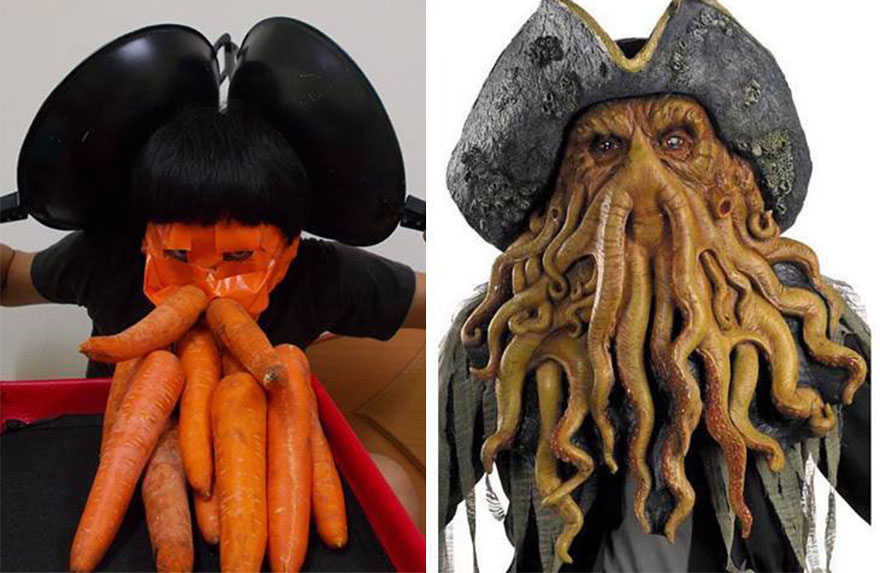 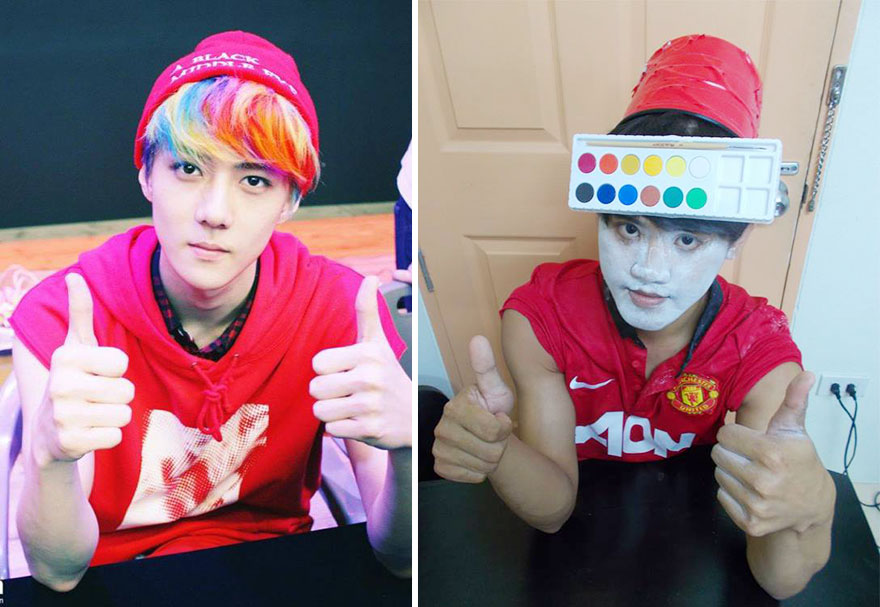 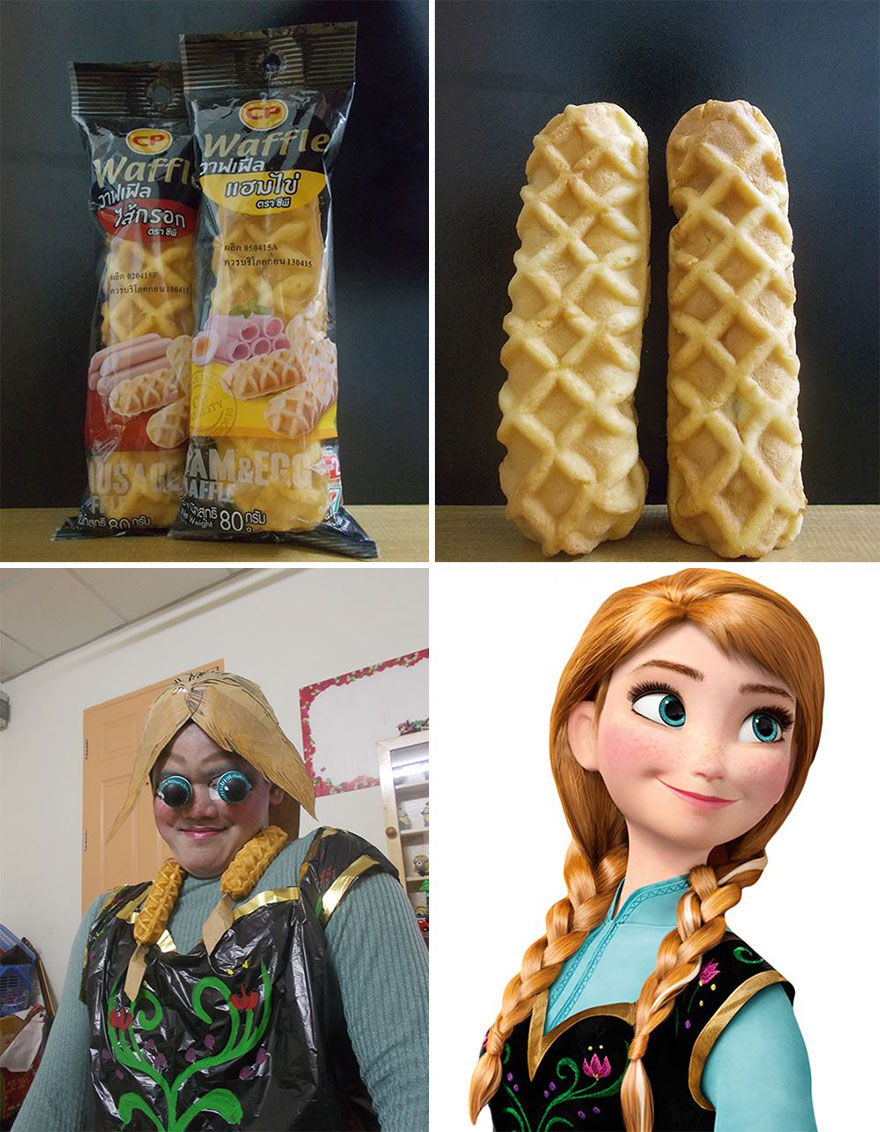 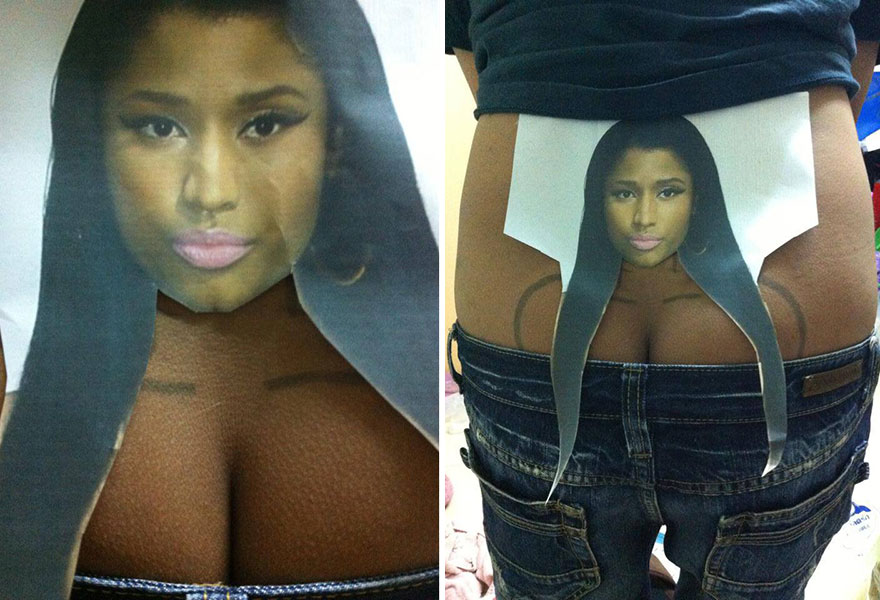 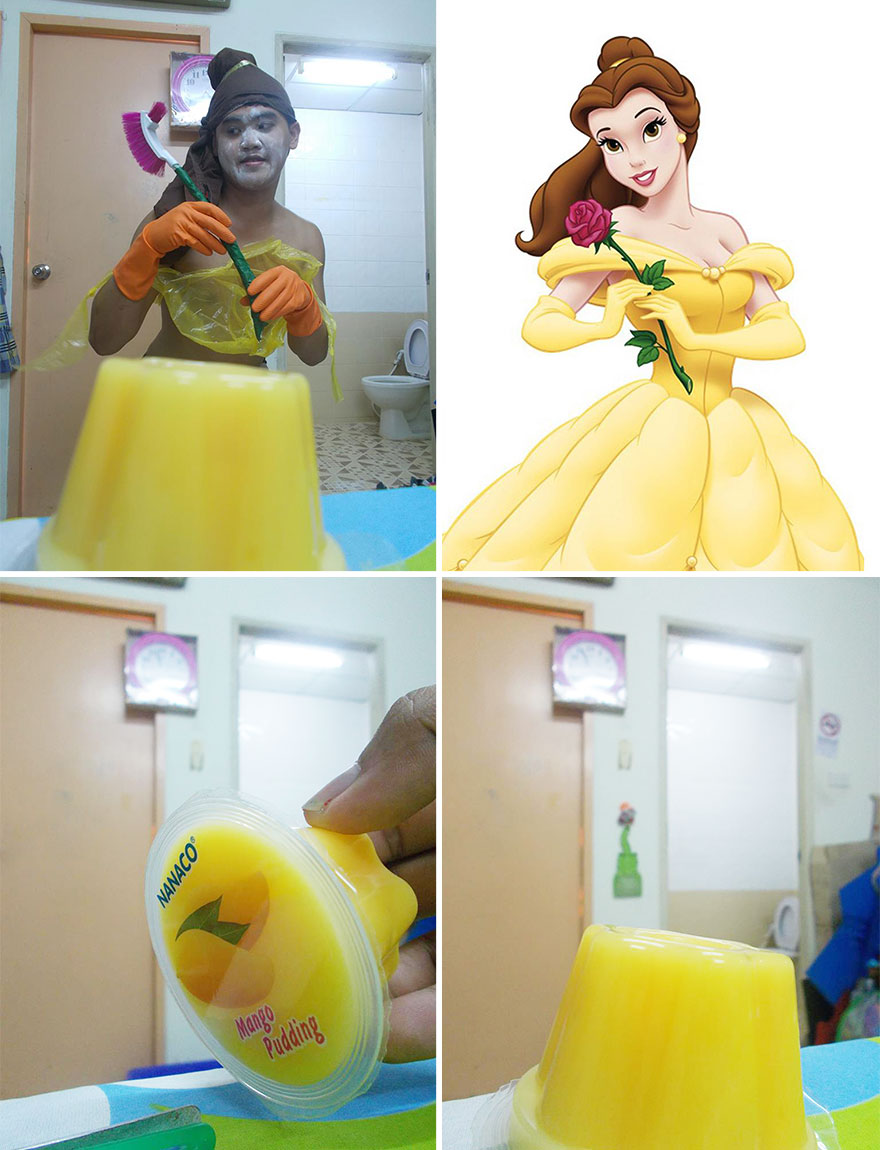 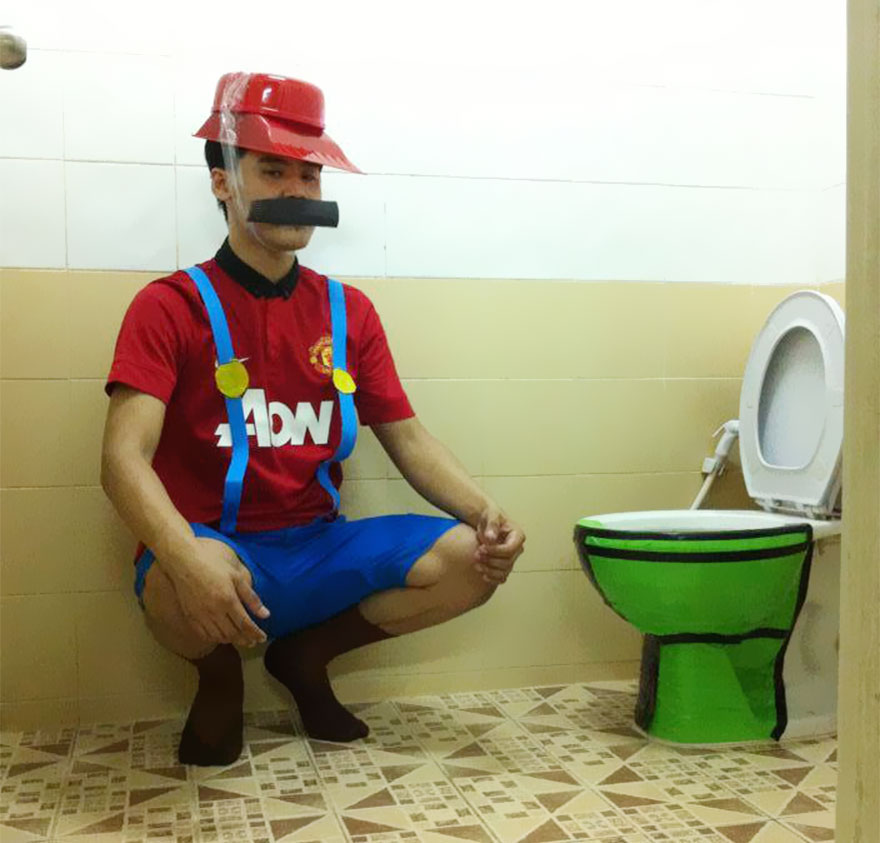 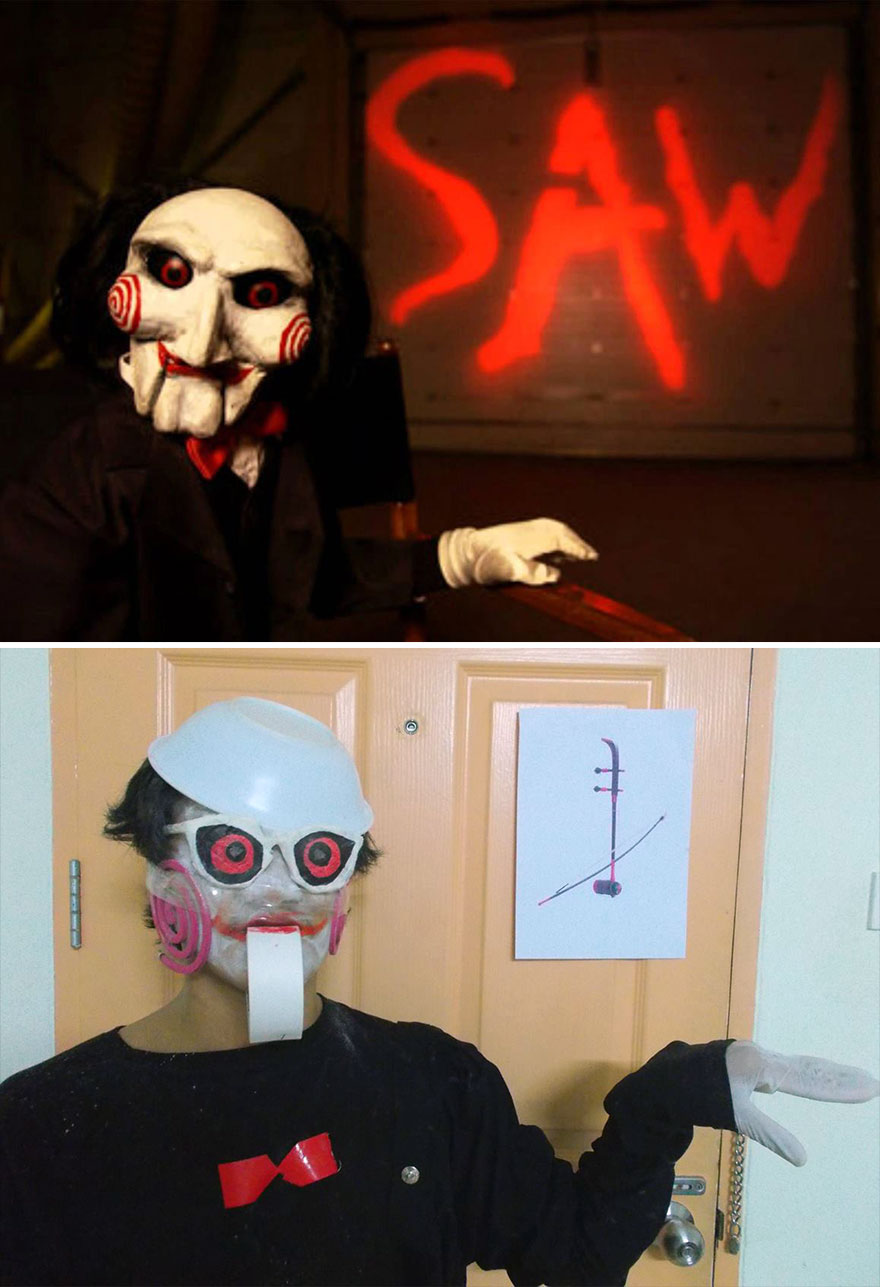 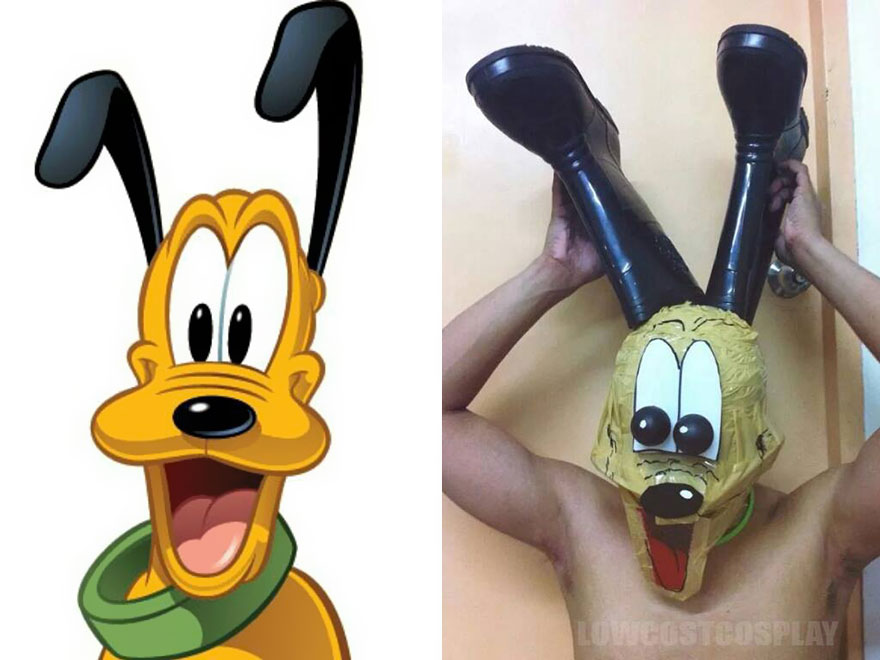 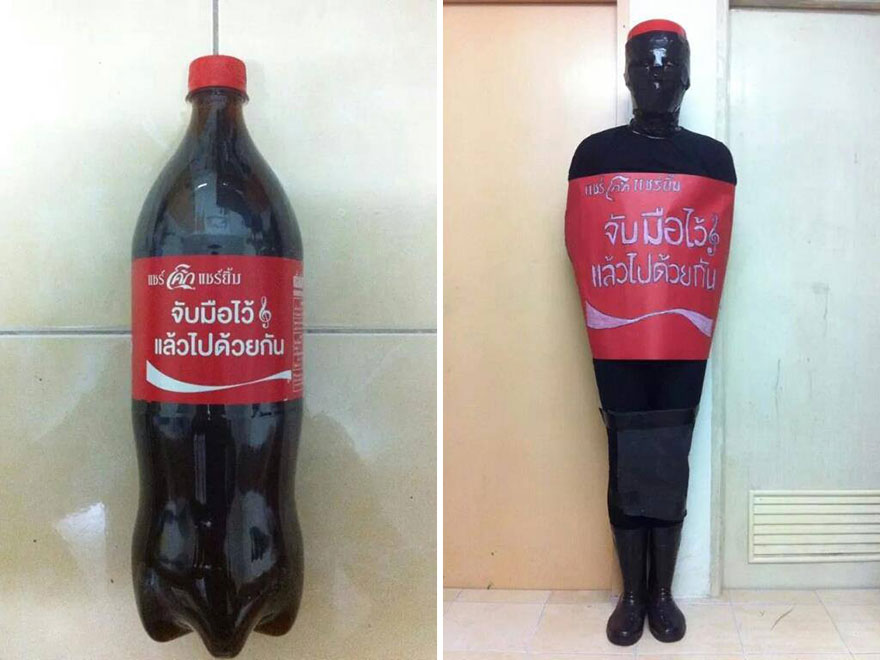 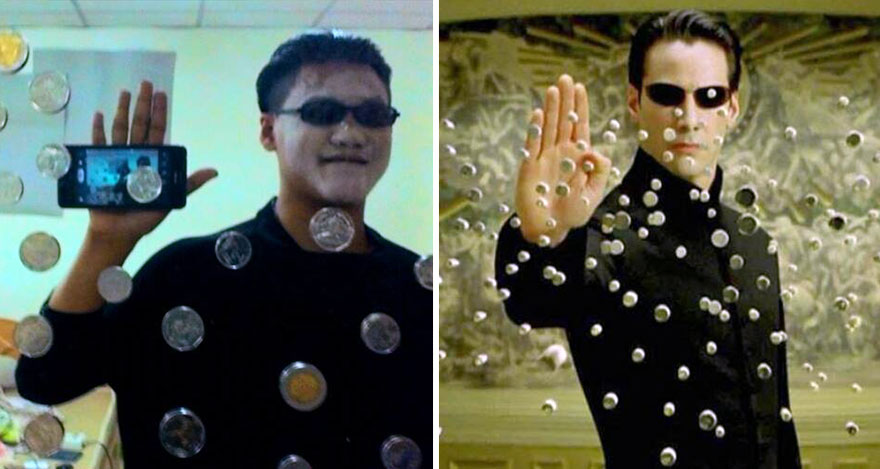 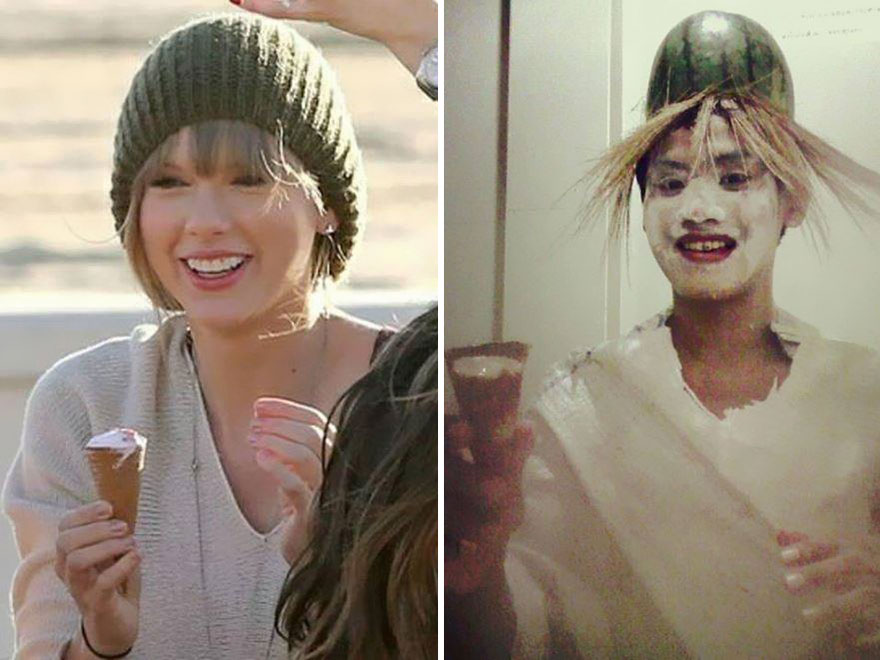 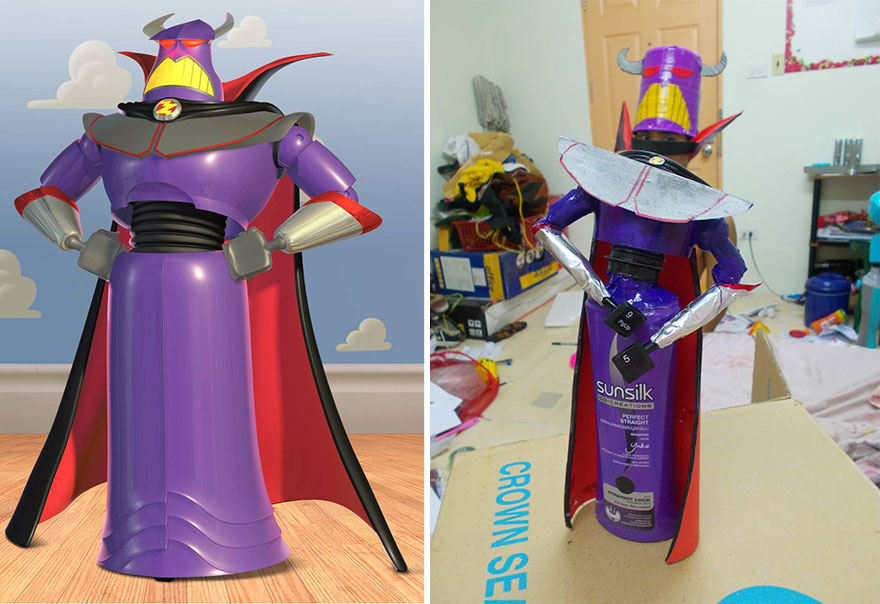 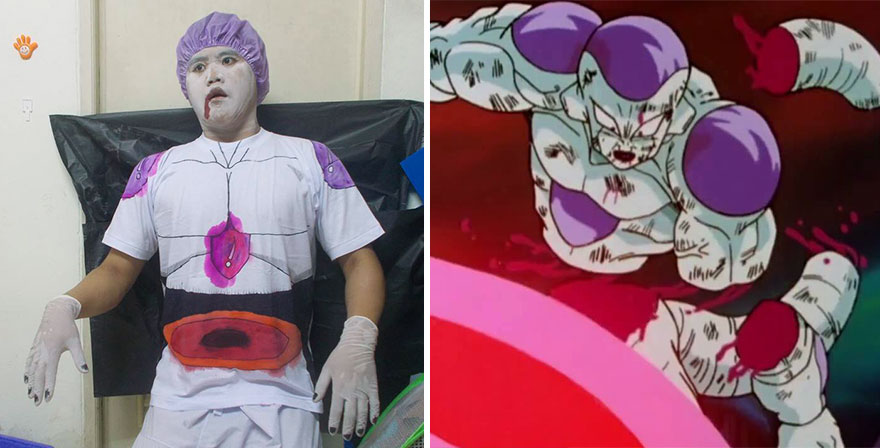 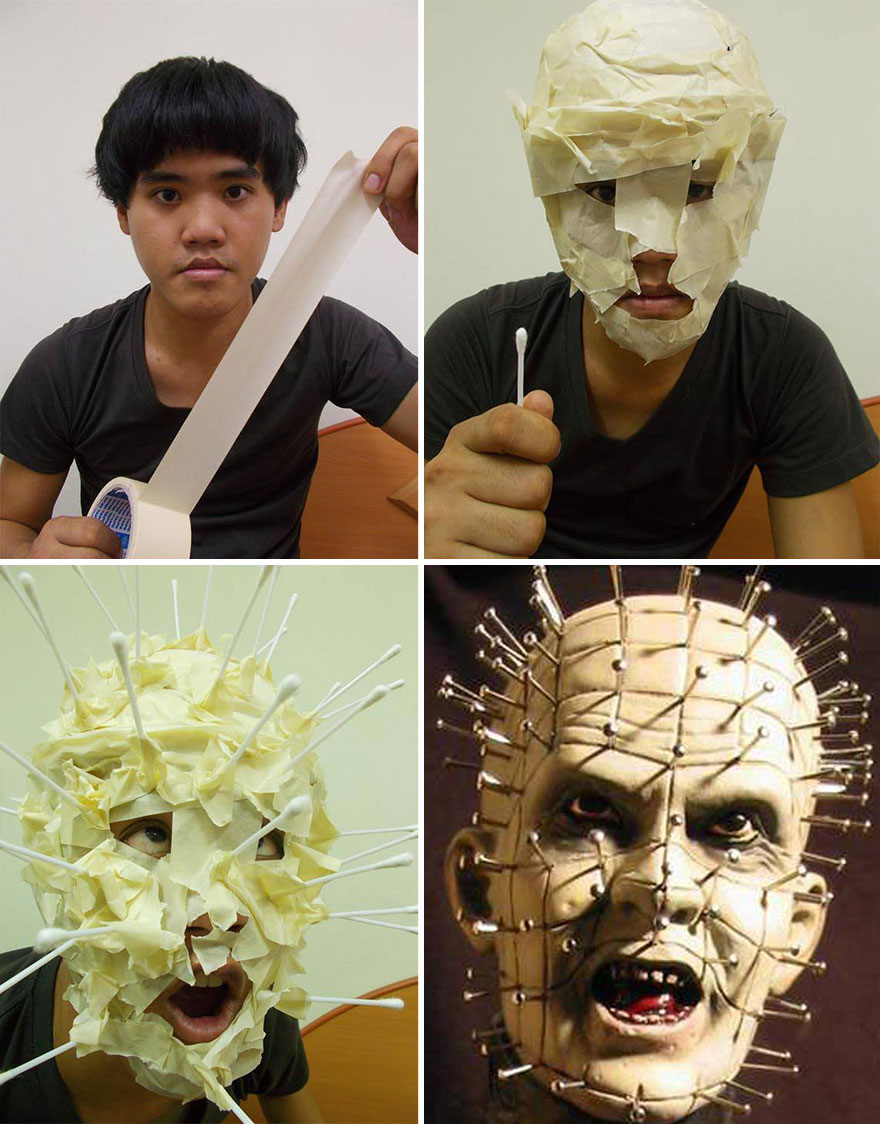 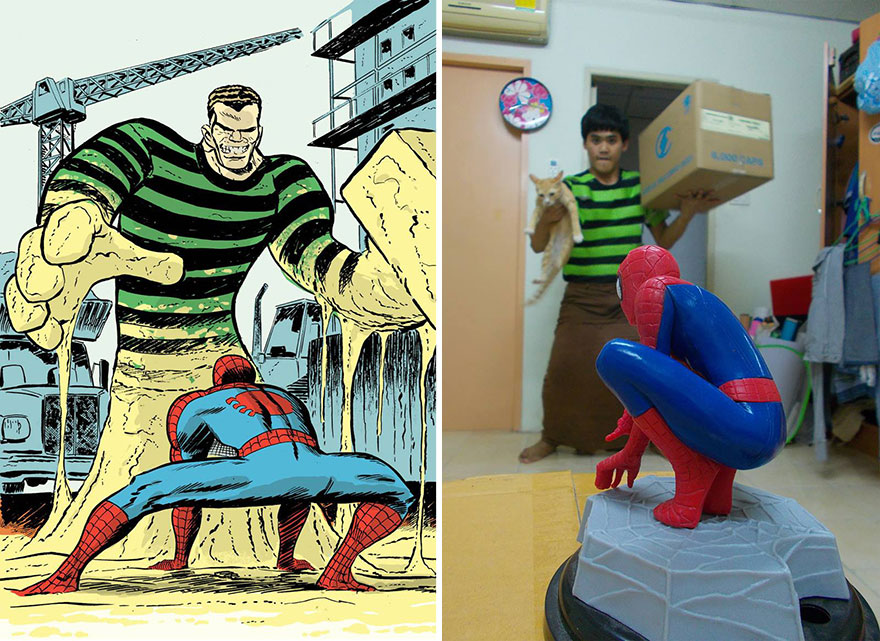 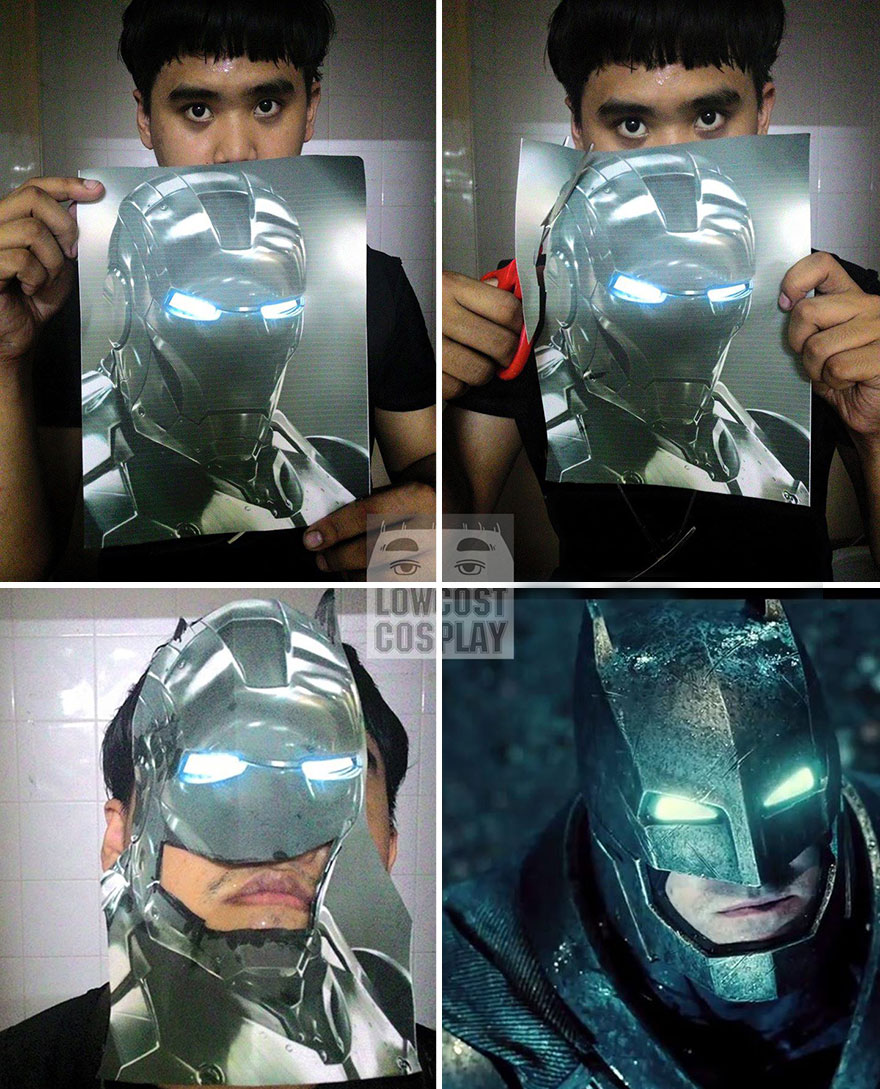 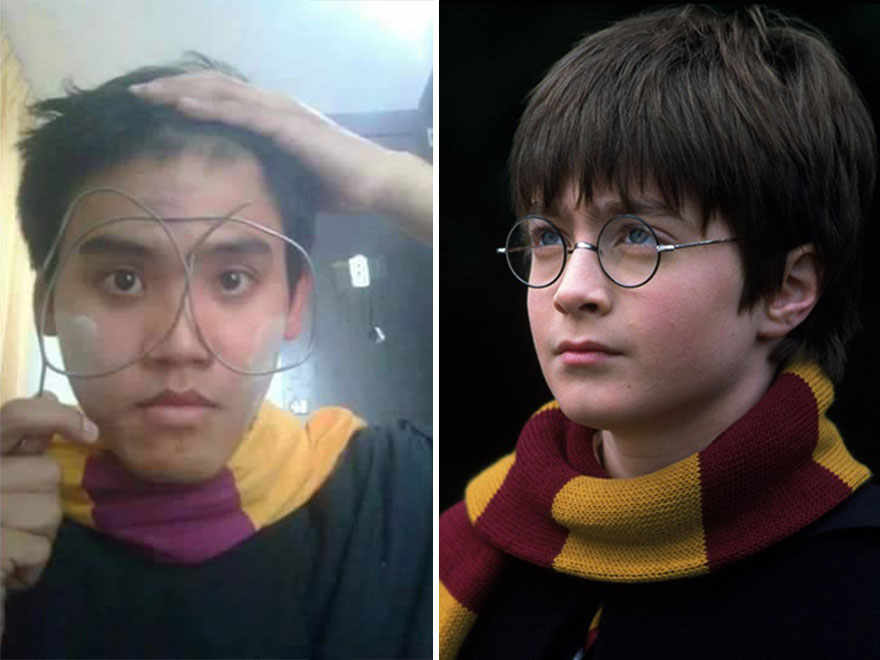 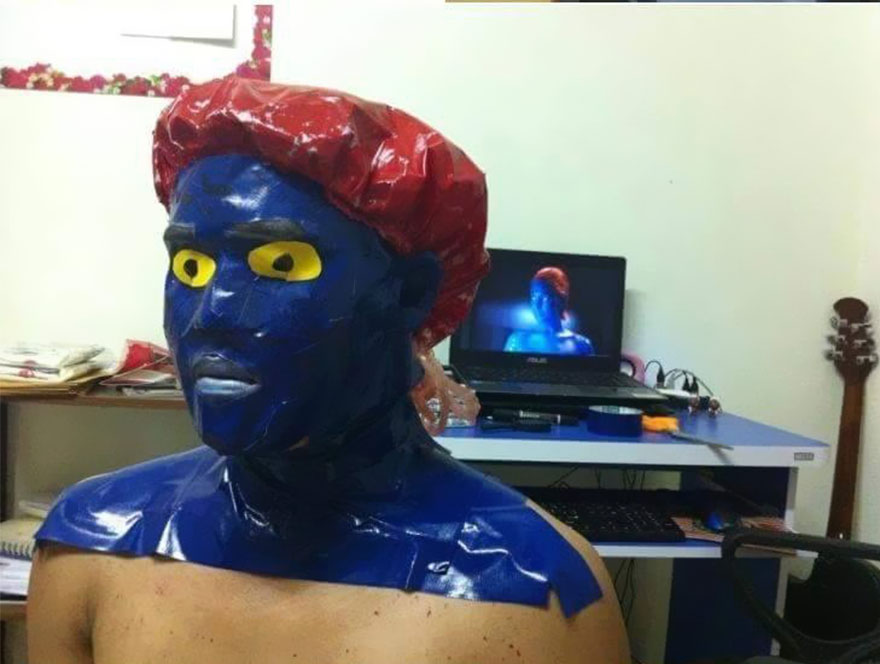