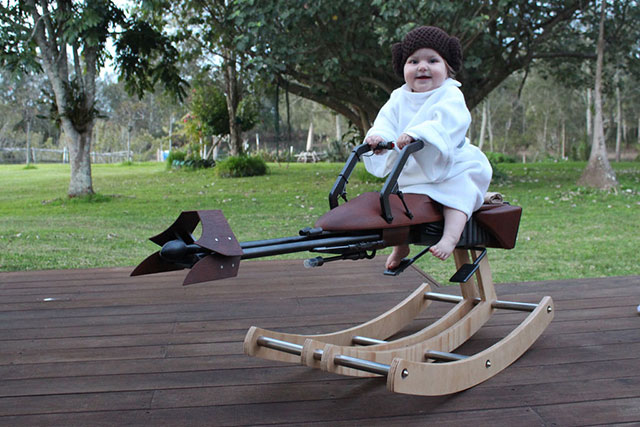 We don’t yet have the technology to build hover bikes that would carry people. But for babies, a rocking horse shaped like a Star Wars speeder bike is enough. “Tez Gelmir” had made many projects for his son. But for his daughters first birthday, he pulled all the stops and made a rocking (and rockin’) 74-Z Speeder Bike.

“The 74-Z Speeder Bike is best known for its appearance in the 1983 movie, Star Wars: Episode VI: Return of the Jedi, in which Imperial Scout Troopers, on the forest moon of Endor, engage in a vicious chase with Luke Skywalker and Princess Leia Organa after the Rebels commandeered the speeder bikes to pursue their foes,” Gelmir explained on Instructables.

The build time and difficulty was more than he anticipated, but if you feel you’re up to the task, follow his instructions on Instructables! 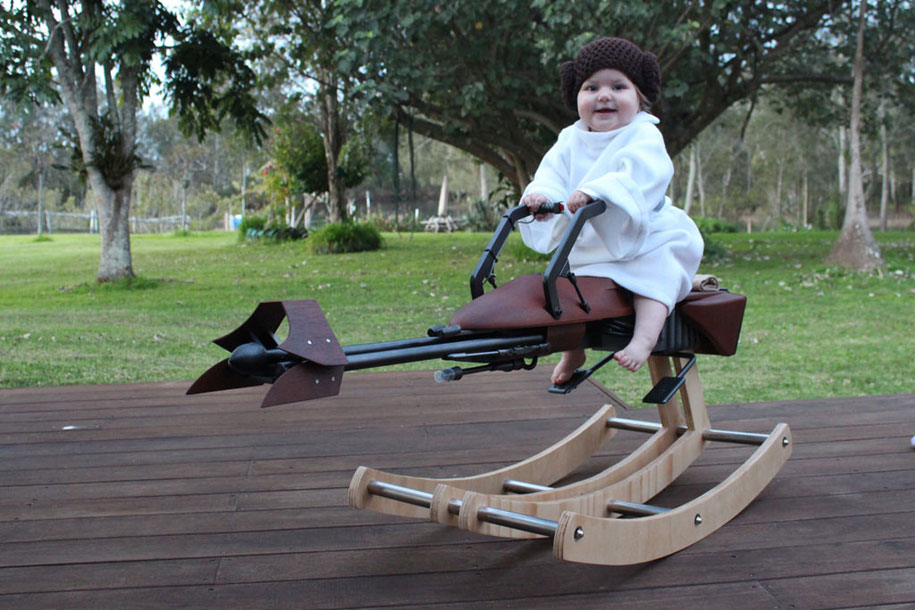 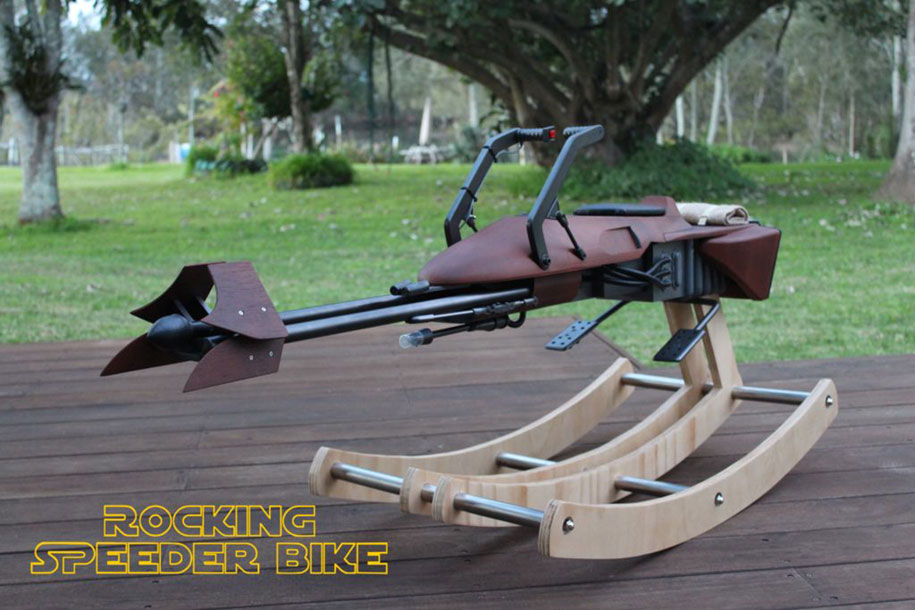 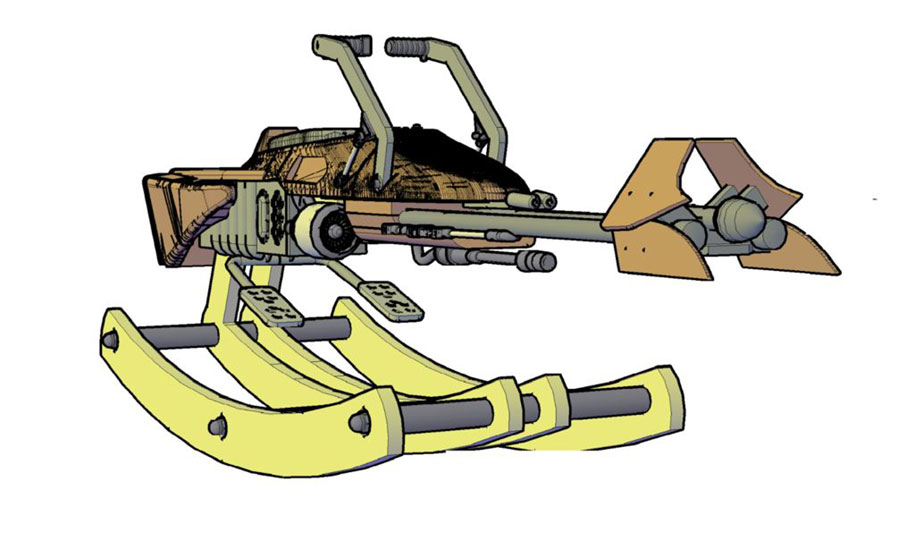 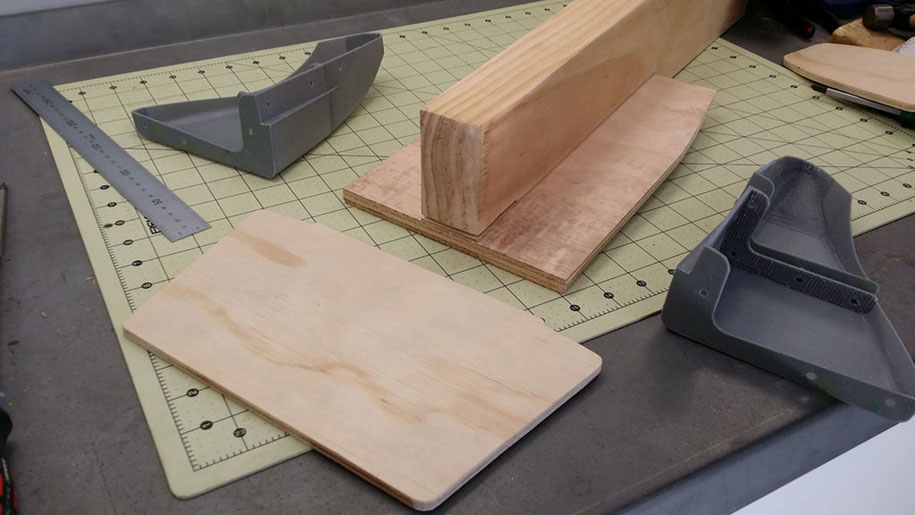 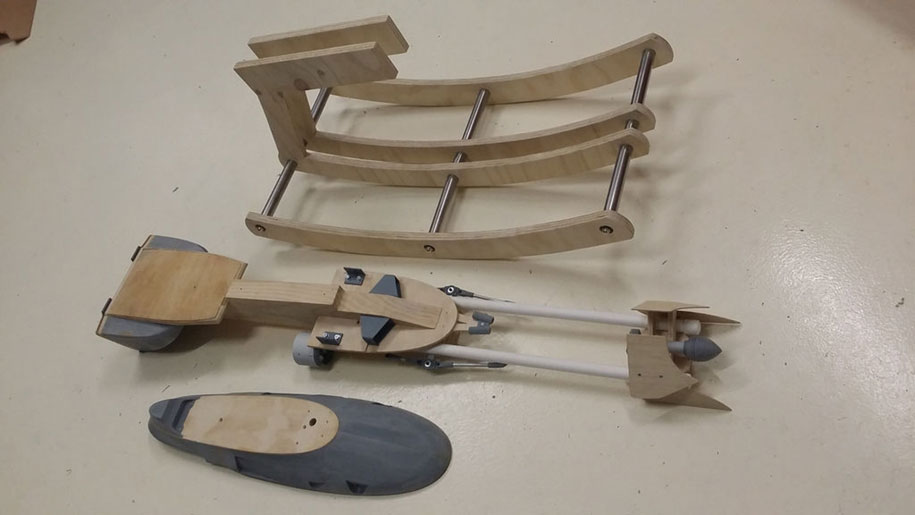 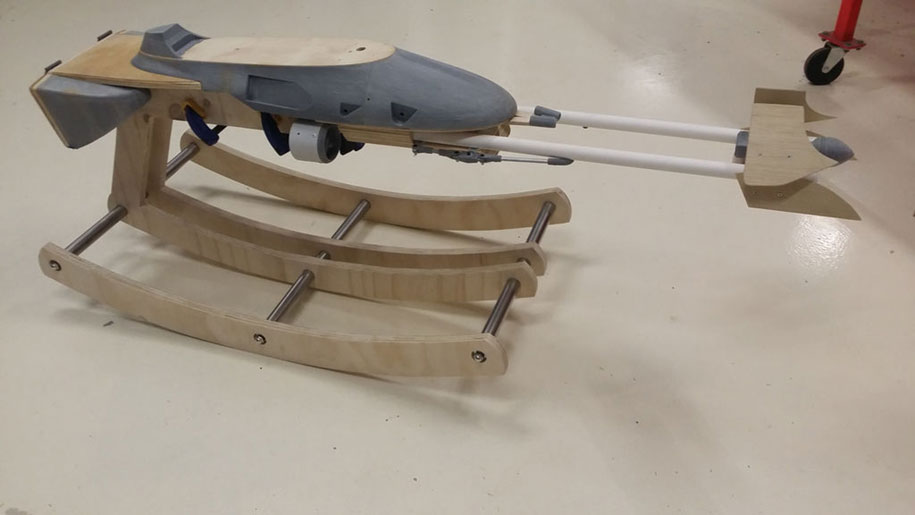 A little introductory video on the Speeder Bike: