Lightsabers are, unfortunately, still out of reach, so we’ll have to put up with less civilized weapons. But a Adam Woodworth still felt the need for Star Wars, so he made a flying Speeder Bike Quadcopter. It is too small to carry anyone – not even a geeky squirrel could fly it – but it looks cool, and acts almost like the real thing. While it doesn’t speed forward like the cinematic original, it does float just like you would imagine it. Probably the best part is that the visual side remains uncompromised. We’ve seen quadcopter Millennium Falcon and TIE Interceptor, but those were more on the quadcopter side than Star Wars. The Speeder, due to its size in relation to the unobtrusive motors, looks a lot better.

“I got into FPV (First Person Video) multi-rotor racing a few months ago. The fast, low level flying instantly reminded me of the Endor chase scene from Return of the Jedi.” Adam wrote on Make. “This project was an obvious choice to combine my interest and experience in RC (remote control) flight with my love of Star Wars stuff. I like always having some strange project on the work bench and this one was next in line, an attempt to build a version of the Imperial Speeder Bikes from the movie that I could “get into” and fly around myself.” He also added a list of parts and a brief outline of the work done to transform the toy bike into a flying one. One of the interesting aspects of it is how Adam had to scratch build the Scout Trooper. Due to engine limitations, the original doll had to be disrobed and discarded, and a lightweight skeleton was made. Bearing the “liberated” scout trooper outfit, it now zooms around on the flying bike. The head is interchangeable with a miniature camera, so one can watch the flight from the pilot’s point of view. 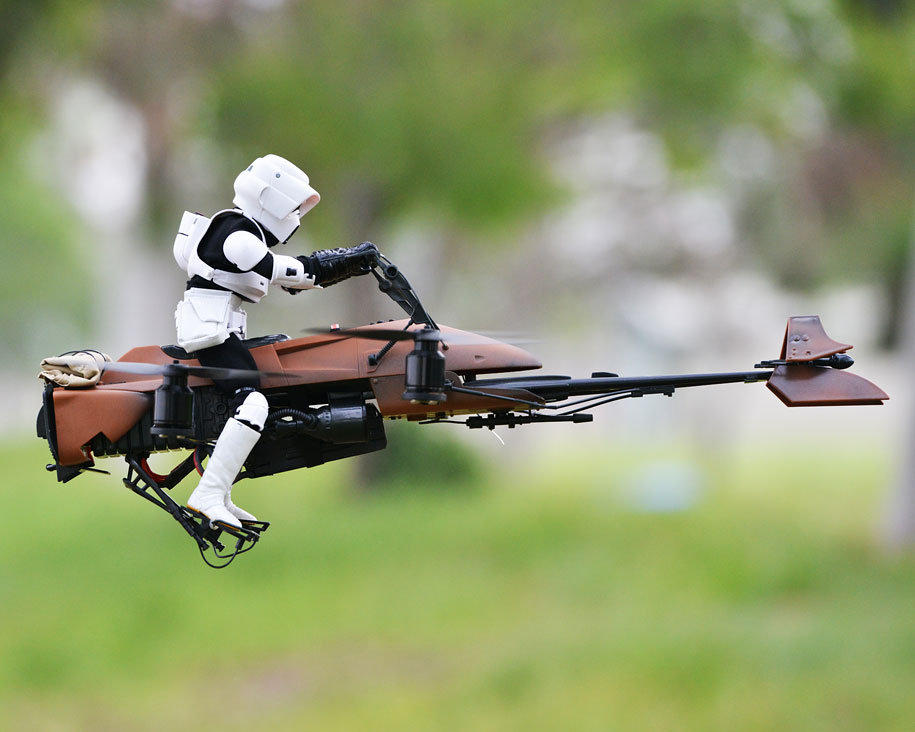 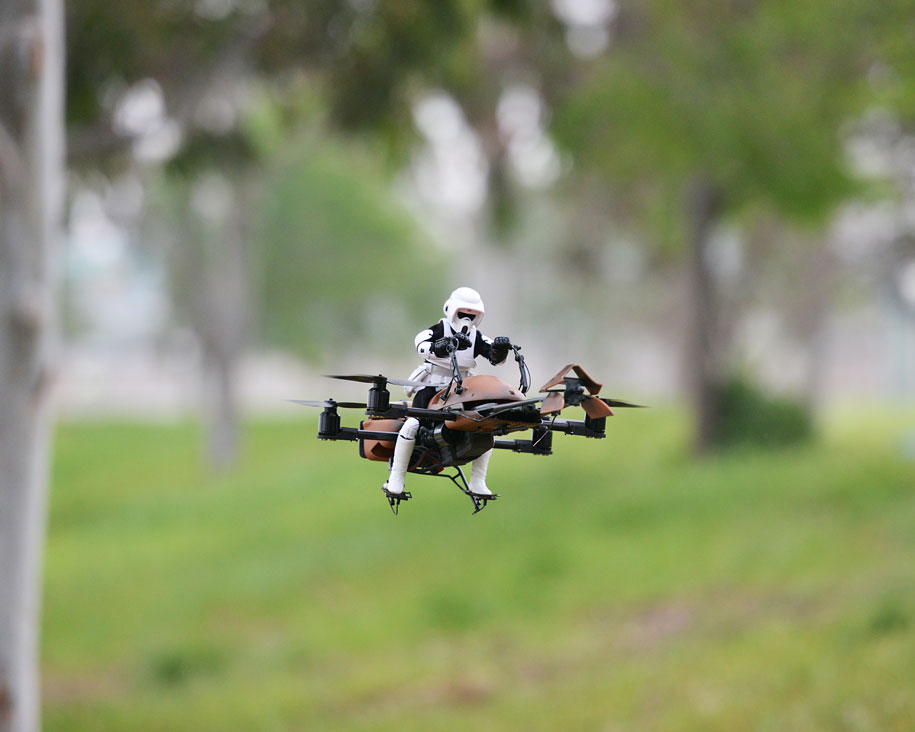 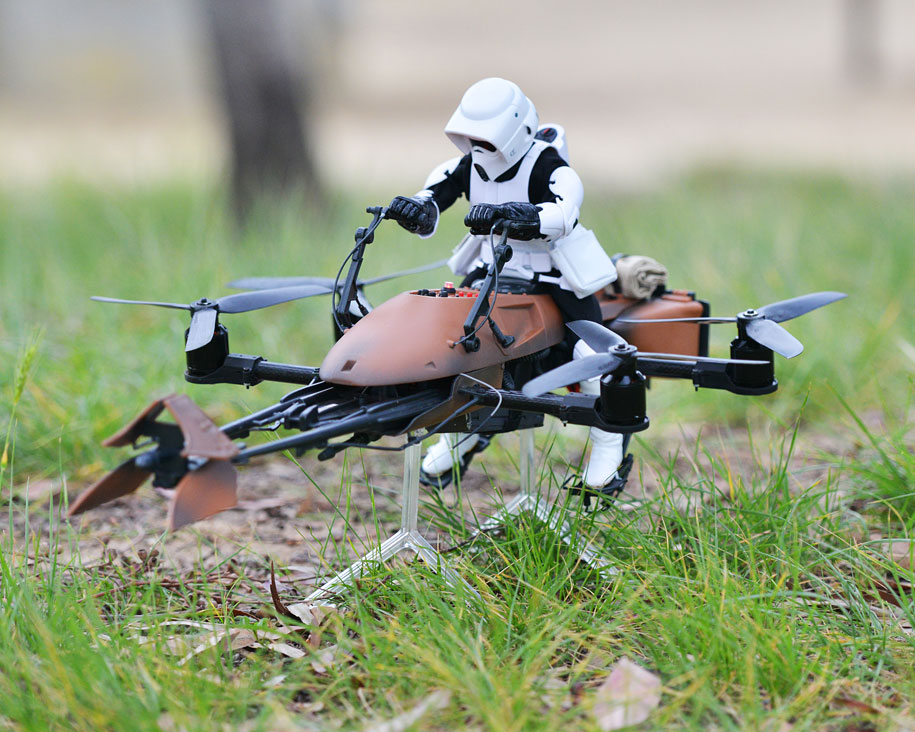 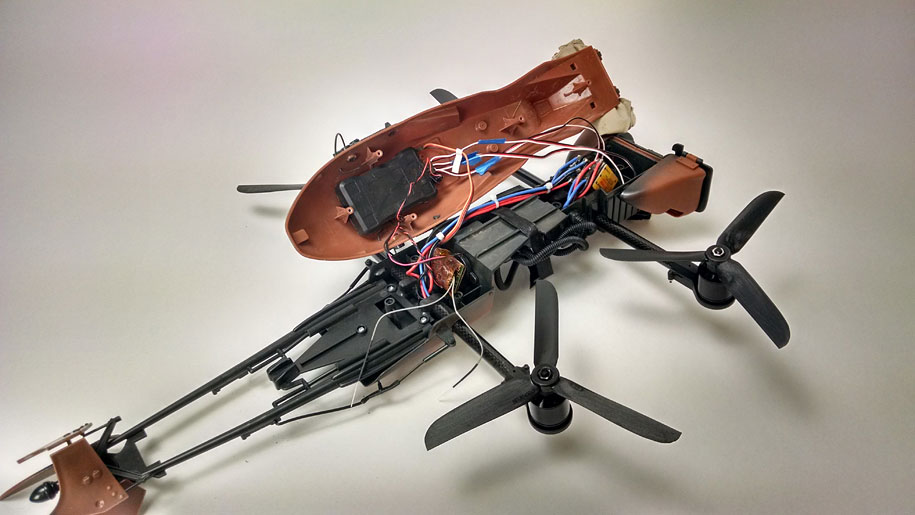 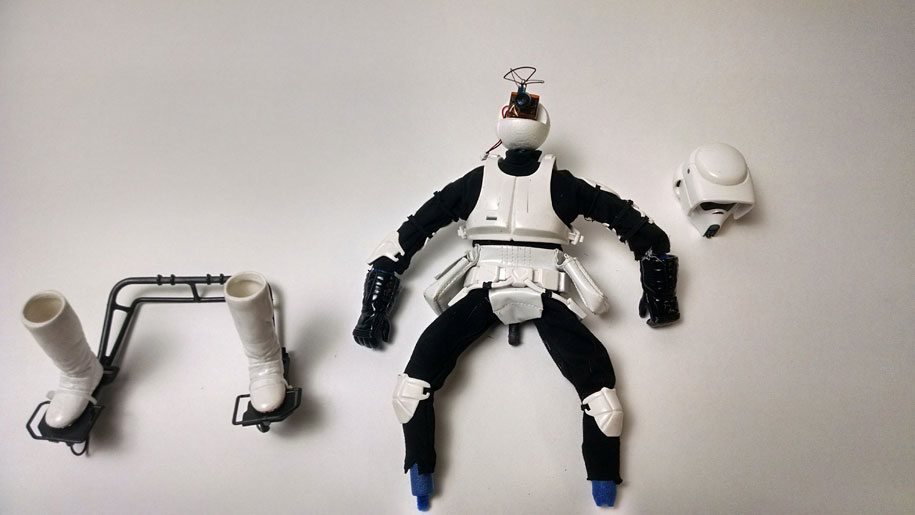 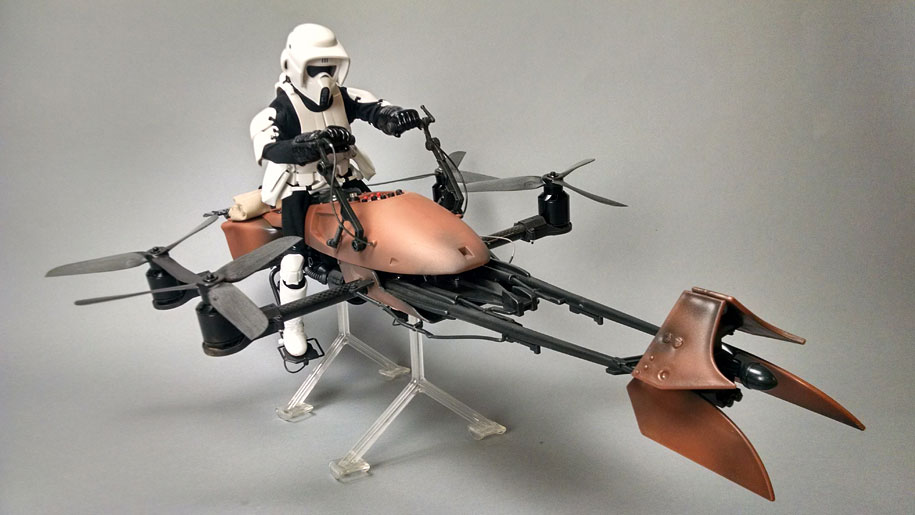