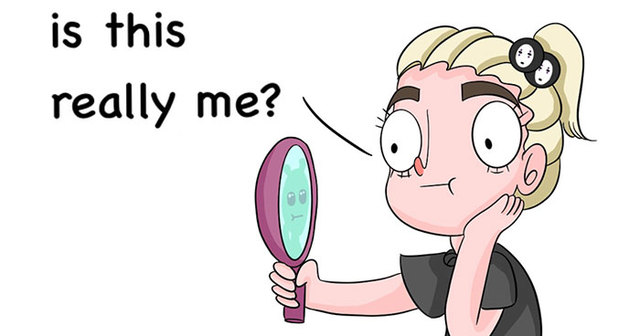 Lulu is a 26-year-old Swiss artist and the creator of “Planetmclulu” comics. Two years ago she was diagnosed with depersonalization/derealization disorder (DPDR) – a rare mental disorder that affects roughly 1 to 2 percent of the population. Recently she created an informative comic showing what it’s like to live with such a rare disorder.

“DPDR is not very well known because it’s a weird and hard to describe mental disorder and people often suffer in silence,” writes Lulu. “DPDR can be a diagnosis on its own but in often cases it‘s also a symptom of another mental disorder such as anxiety, dissociative disorders, etc… It‘s often caused by smoking weed, trauma and other things.” The first year after realizing she had the disorder, the artist suffered in silence: “I could not describe what I was going through… People who don’t have this disorder often just don’t understand.”

Lulu created the comic to everyone who suffers from DPDR or simply feel strange and cannot explain to their friends and family why they do. “All of these illustrations may look cute and everything does not really sound terrible, but let me tell you – DPDR is hell and I would never wish this on my worst enemy!” warns the artist. “I hope my comics help someone out there!”

Check out Lulu’s detailed comic on what it’s like living with DPDR in the gallery below!

“Strange me in a strange world” 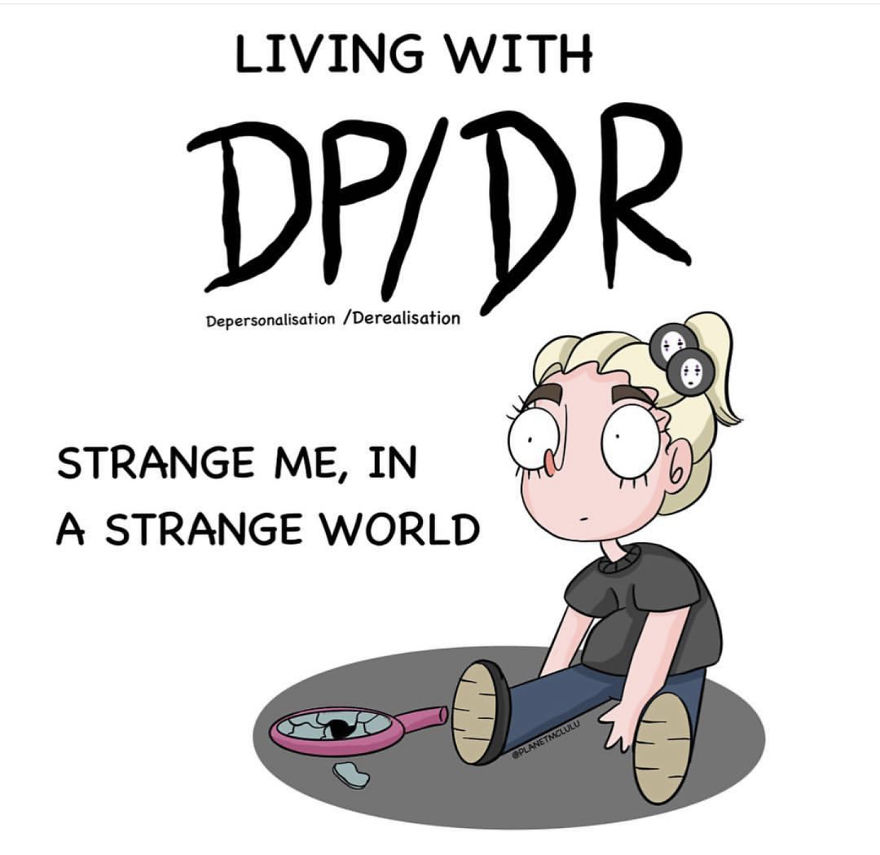 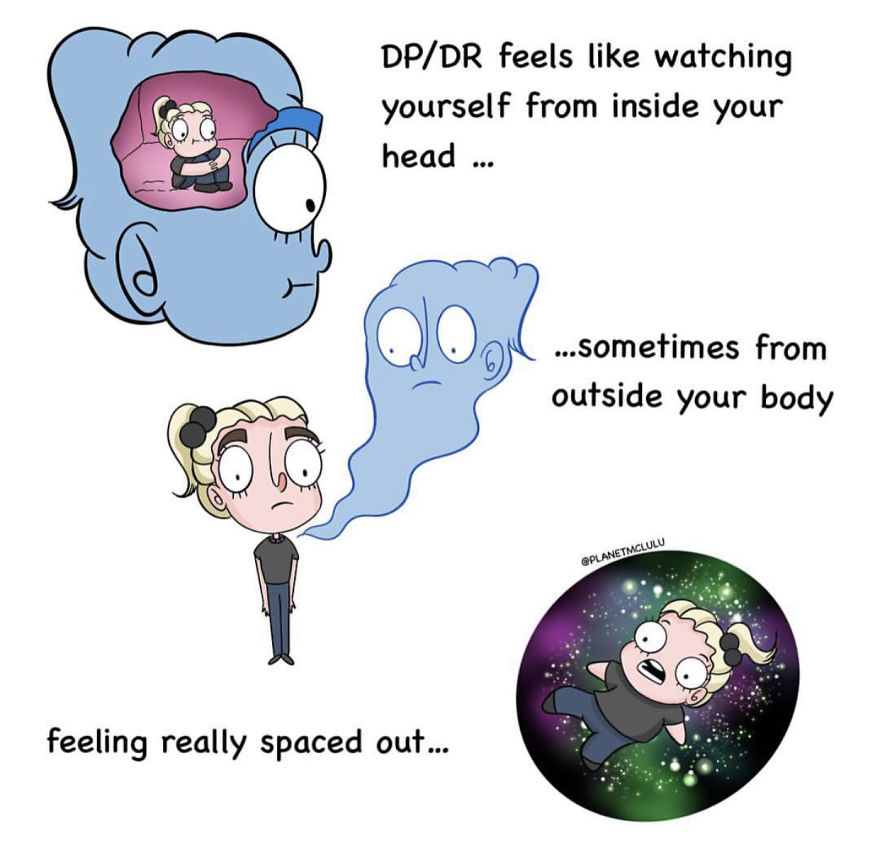 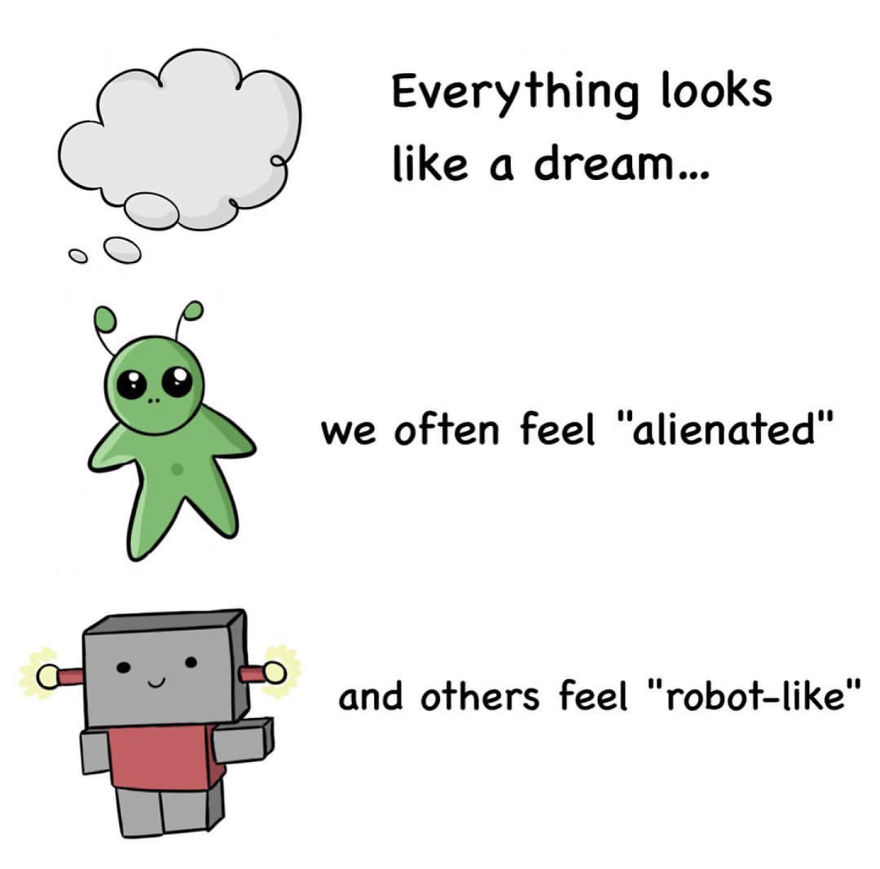 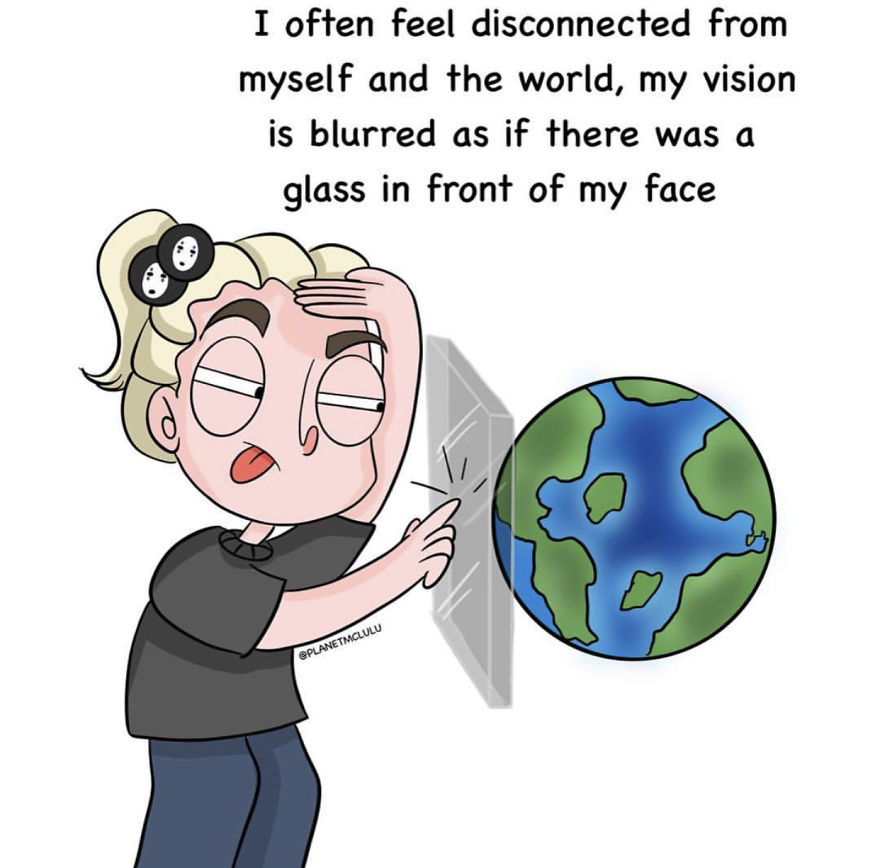 “Is this really me?” 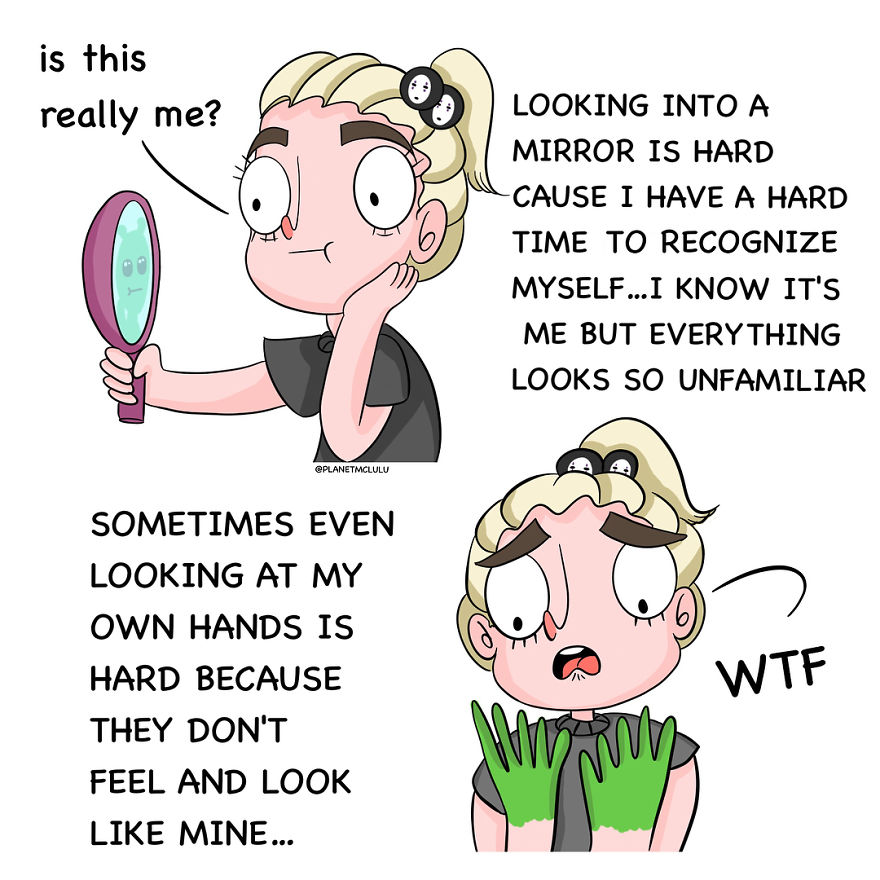 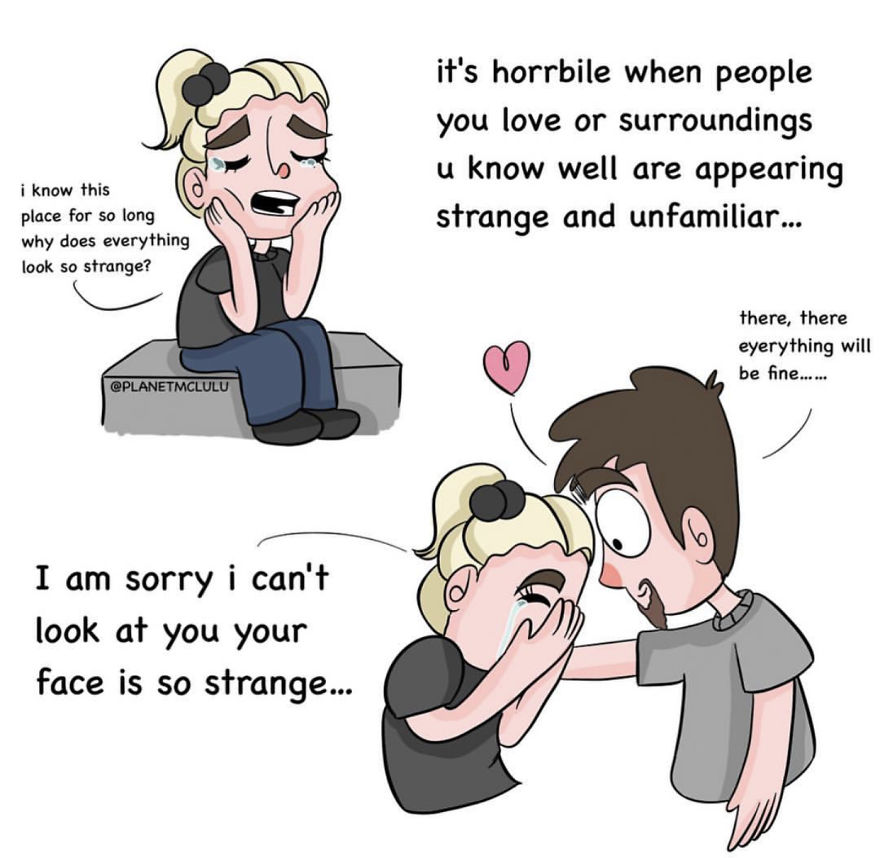 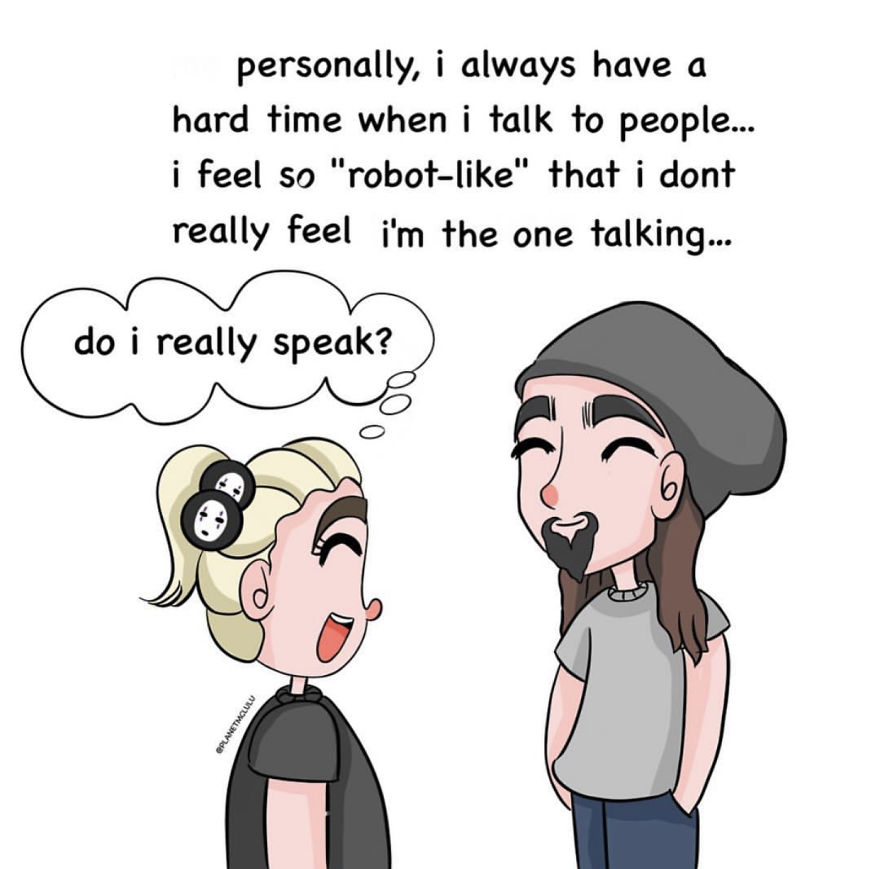 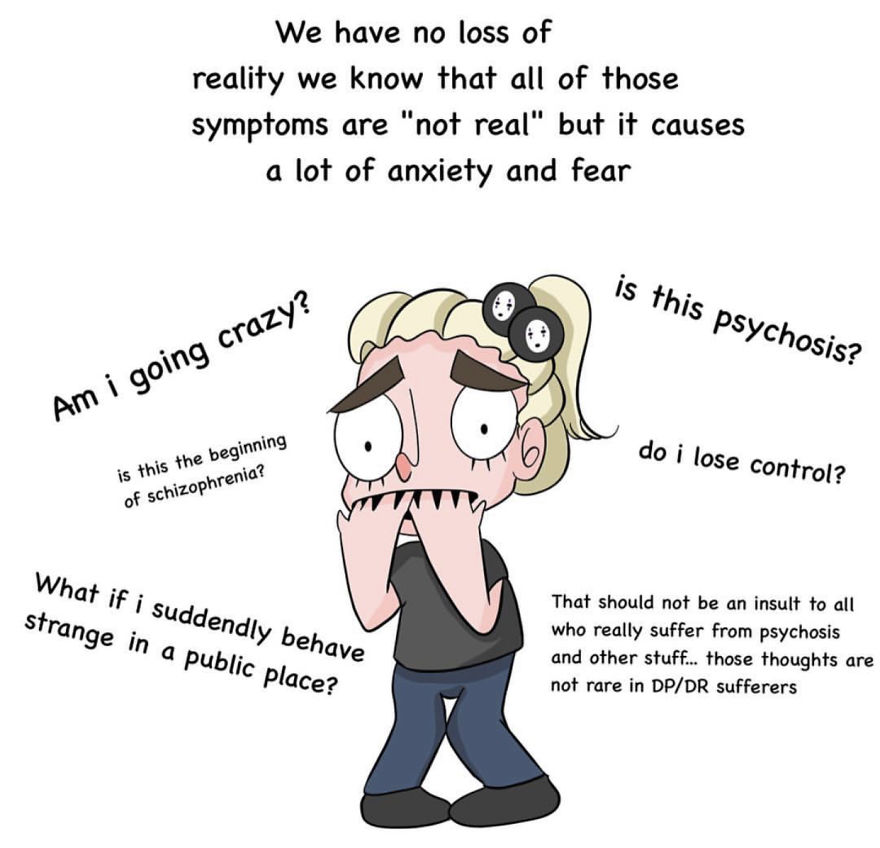 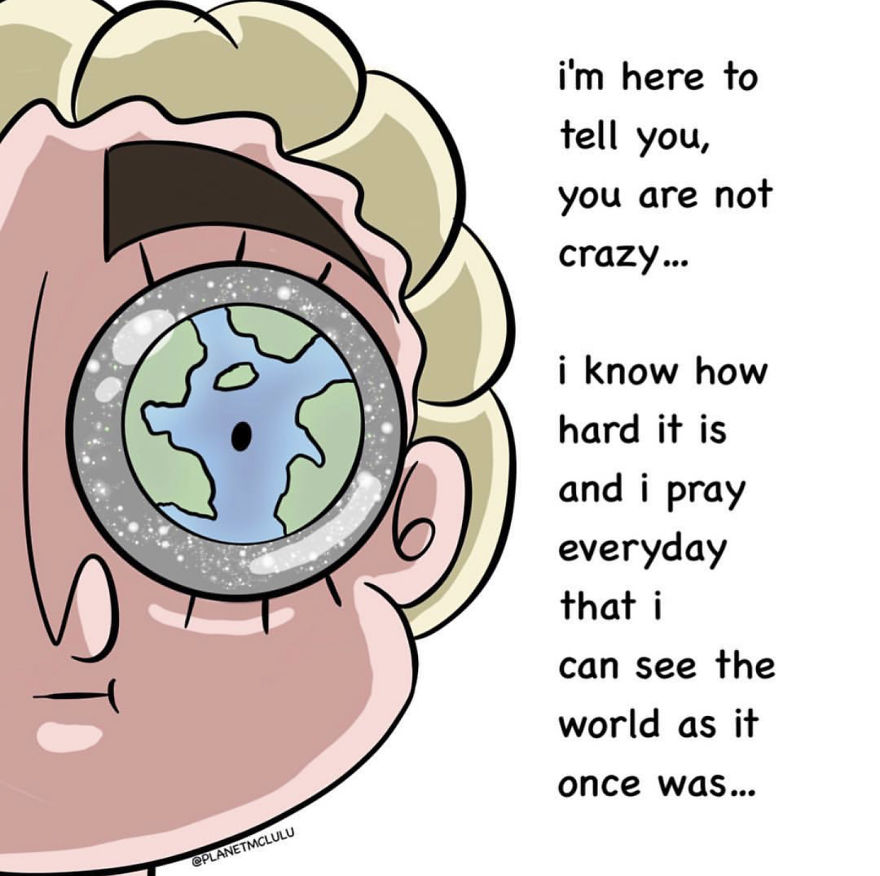 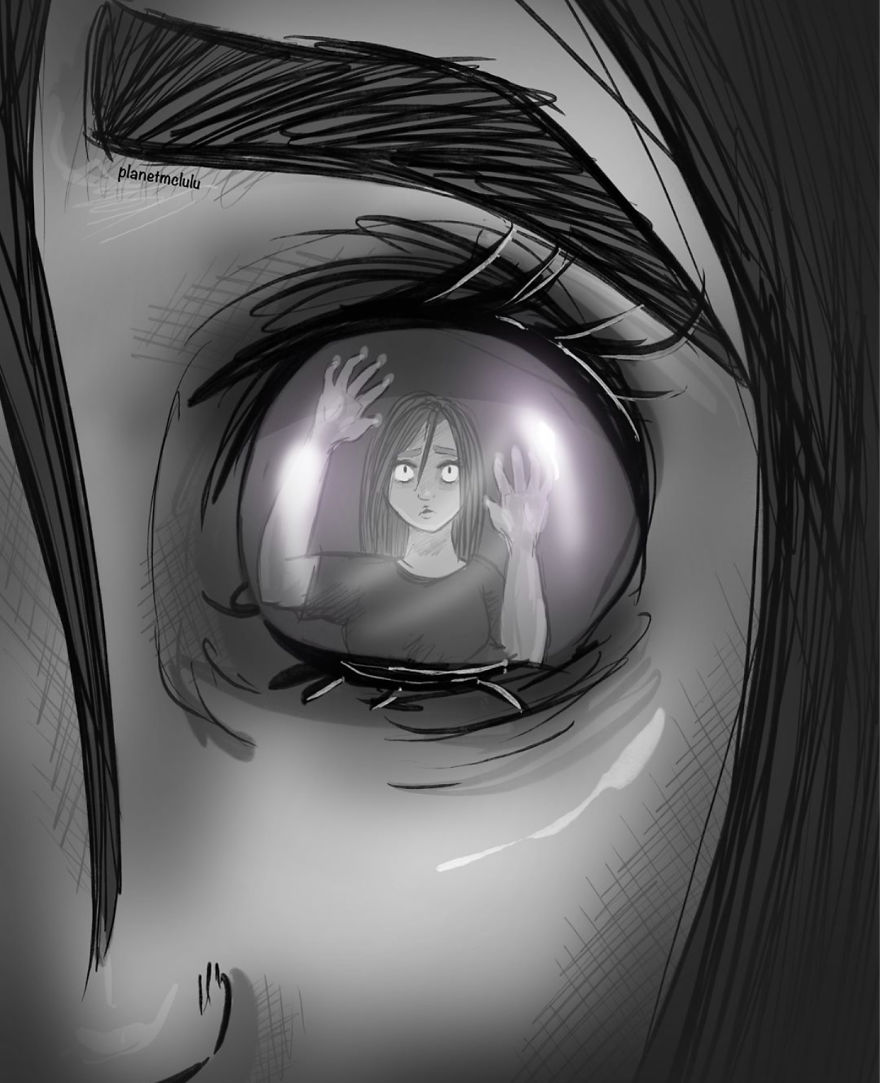 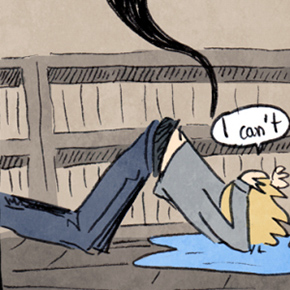 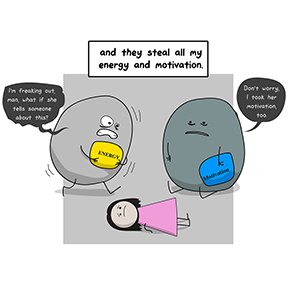 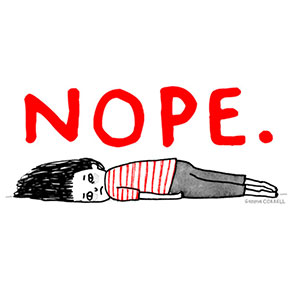 Artist Illustrates Her Life With Anxiety In Funny Comics 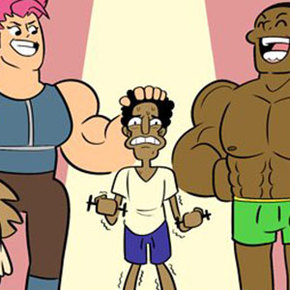 Here’s How People With Social Anxiety See The World Vs. The Actual Reality 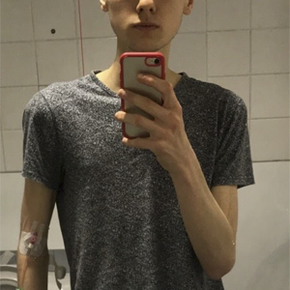