Every year National Geographic receives thousands of submissions for the annual Photo Contest from the passionate photographers from all over the world and chooses the winners for the ‘Best photographs of …”. It’s the ultimate award every professional photographer willing to share his art and spread the message to a wider audience endeavors to receive. It’s the kind of recognition that makes you proud and inspires for the future work.

The pictures chosen as the winners for the certain year may vary drastically. Those not only include artistic shots of incredibly beautiful natural sites in all of their glory and free spi, it’s mainly the story behind the photo that makes it so extraordinary and allows the artist to get featured on the list of the few best pictures taken during the whole year. The photographs the National Geographic’s staff picks as the winners inspire, call for action, awaken deep emotions, make us admire, participate, stand for what’s right, think about what’s wrong and follow the example of those who

Only when the picture speaks to the people, tells a special story behind it and manages to touch the most sensible strings of the hearts, it deserves the admiration, while its author – the worldwide recognition and the praise. As the core of photography as the art is not just creating memories, but rather delivering a powerful message through the silent reciprocal communication with the general public, capturing and drawing attention to the beauty and the ugly of this world.

This year, National Geographic judges had to choose the most appealing, meaningful, aspiring and outstanding photographs from almost 2,3 million pictures submitted by 91 photographers. As a result, 52 best photographs of 2016 were revealed. Ranging from the incredible landscapes, shots of the wildlife suffering from the human’s cruelty and global warming effects to social issue images, they’re all worth the high title.

These are 15 photographs and stories that stunned/schocked me the most.
Click here to check out the stories and other pictures, which are absolutely awesome as well. 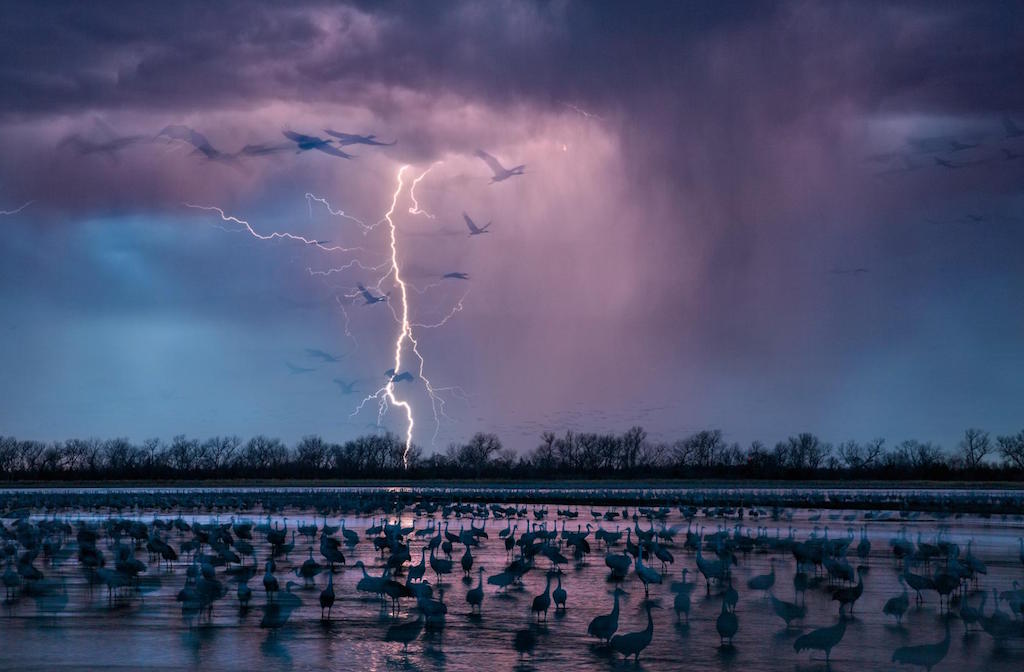 This once in a lifetime kind picture was taken when an evening storm lit up the sky near Wood River, Nebraska and about 413,000 sandhill cranes arrived to roost in the shallows of the Platte River. It was used as one of the illustrations to the article regarding the environmental issue of the freshwater shortage, which becomes more and more prominent in the U.S. Midwest, where the Ogallala aquifer, which makes the life in the driest states of America possible, is about to be drained due to the excessive usage. 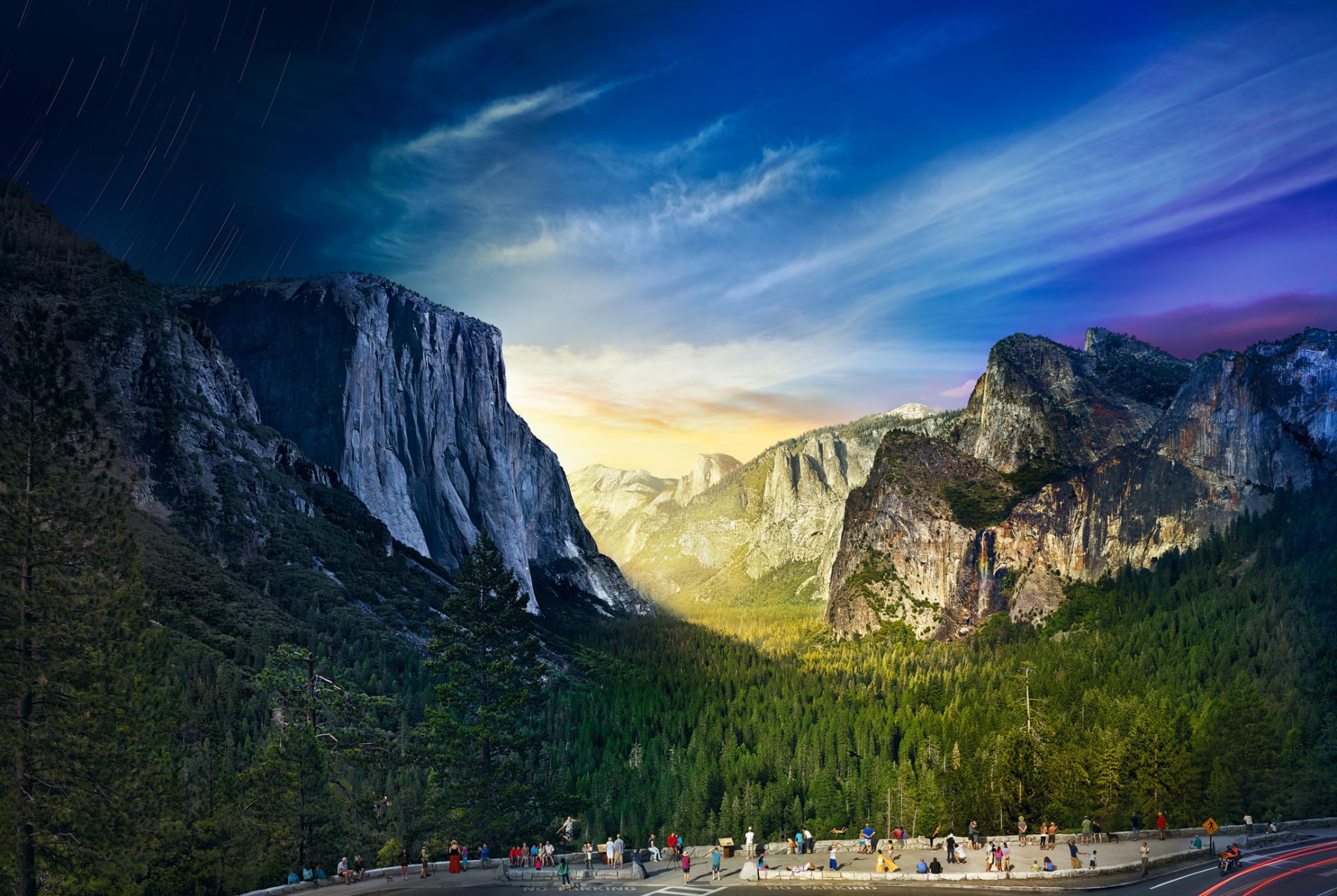 This breathtaking photo took about 26 hours to take. The photographer, who always wanted to comprise the best moments of day and night in a single picture, arrived at the mountainside in Yosemite National Park, set up his equipment and took more than 1000 shots of the same spot throughout day and night. Then, it took him a few weeks to pick the best 50 shots and comprise them into a single photograph. 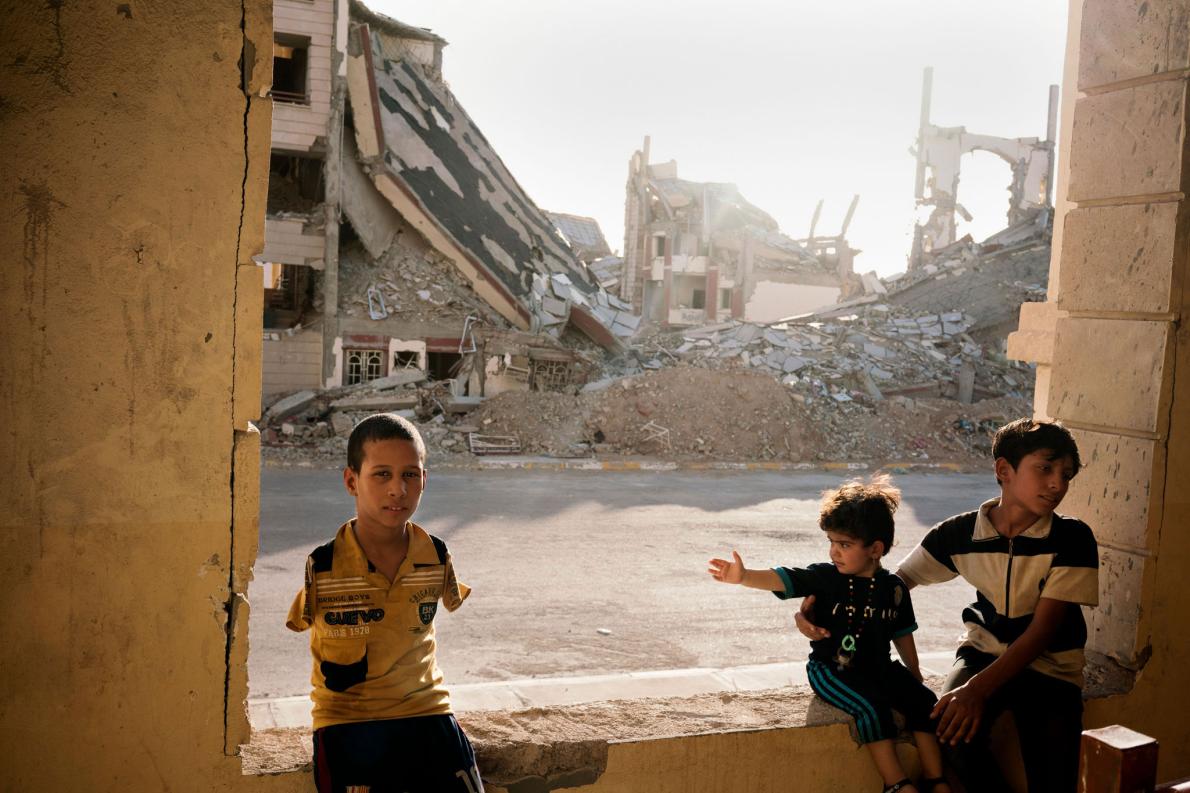 This refugee family lives in the ruins of the Iraqi city Ramadi, which was leveled by ISIS’s destruction and bloodshed. 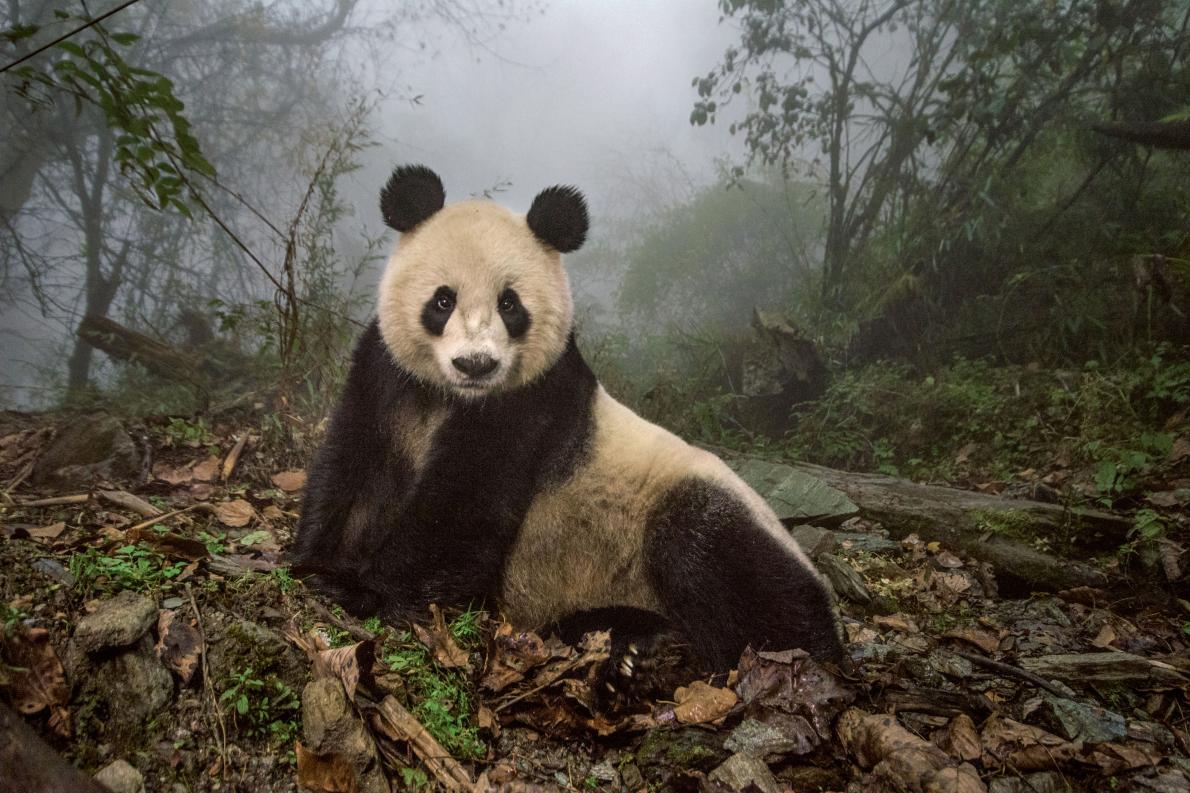 It’s Ye Ye, a 16-year-old giant panda, one of the rare animals the Chinese are trying so hard to preserve. As they learned how to breed these world’s most popular bears, they’re willing to release some of them into the wild to restore their wildlife population. On this picture, Ye Ye lounges in a wild enclosure at a conservation center in China’s Wolong Nature Reserve. Her cub is being trained for the release. 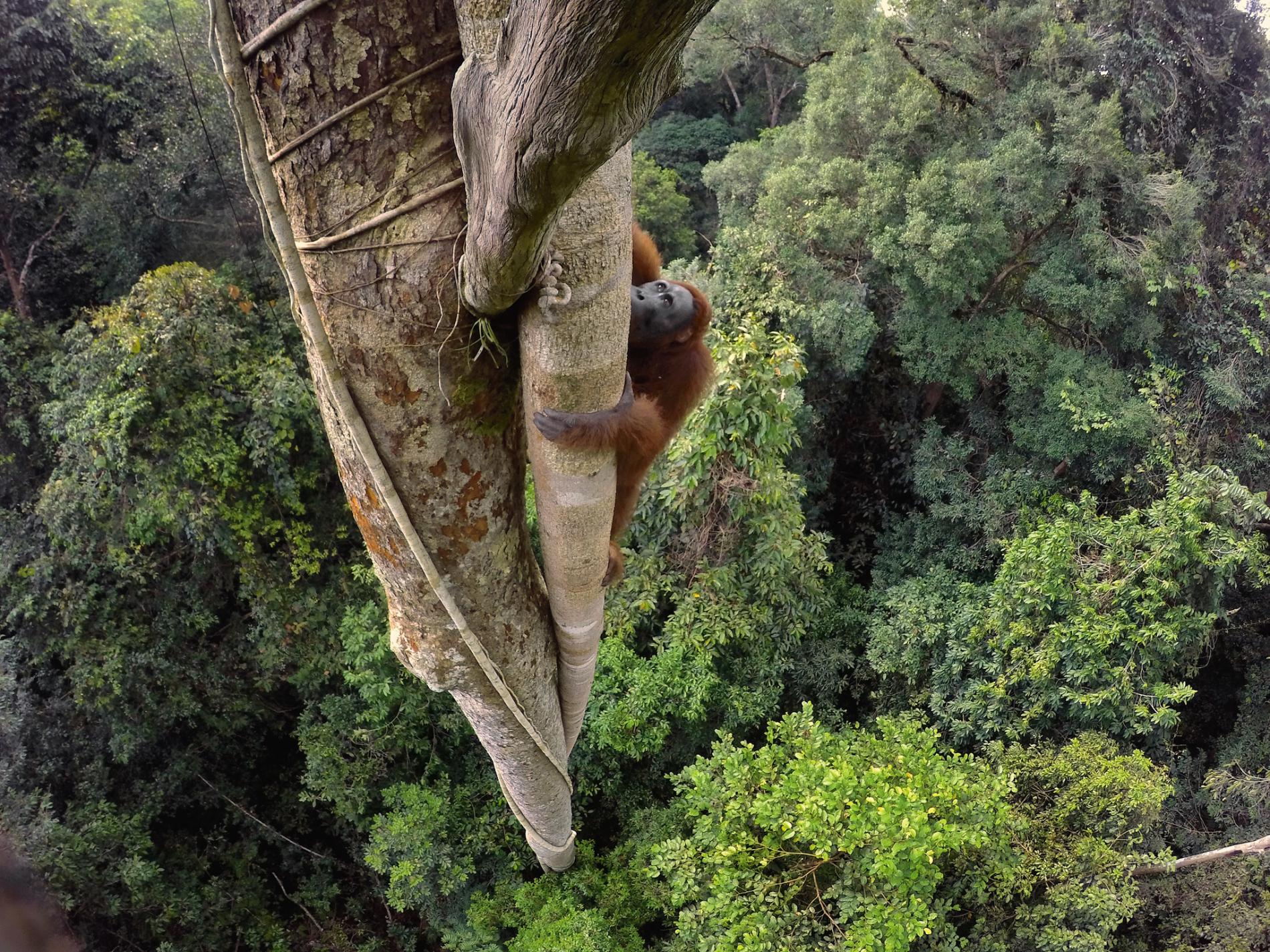 Scientists are researching the peculiarities of the life and the behavior of the unique apes in Sumatra, Indonesia. This Bornean orangutan, tempted by the fruit of a strangler fig, climbs 100 feet into the canopy. With males weighing as much as 200 pounds, orangutans are the world’s largest tree-dwelling animals. Unfortunately, these animals face a doubtful future, as baby orangutans are among the most popular and most expensive exotic pets. People seeking fast money, sell the babies on the black market. Baby orangutans can be captured only by killing their highly protective mothers. 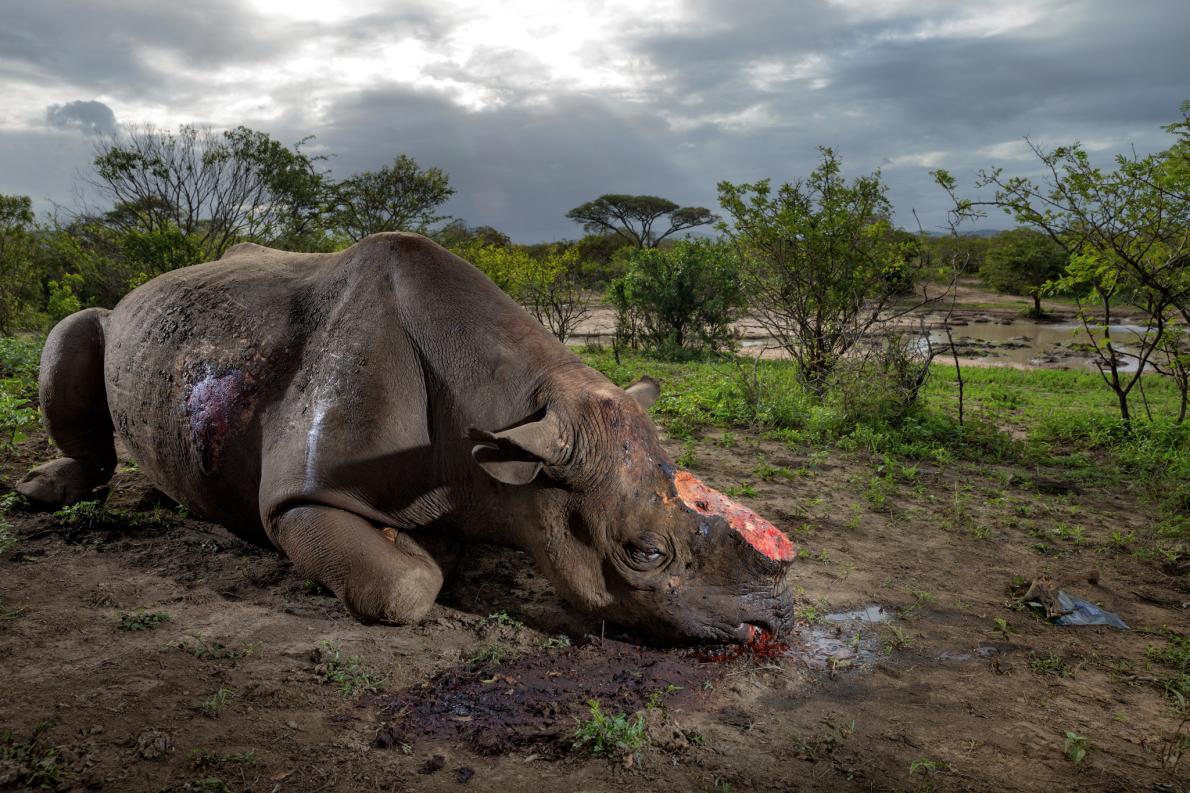 Poachers killed this black rhinoceros for its horn with high-caliber bullets in South Africa’s Hluhluwe-Imfolozi Park. Black rhinos are right at the extinction edge, as they number only about 5,000 today. This shows how only a few cruel people are able to undermine the international efforts aimed at saving the black rhinos. 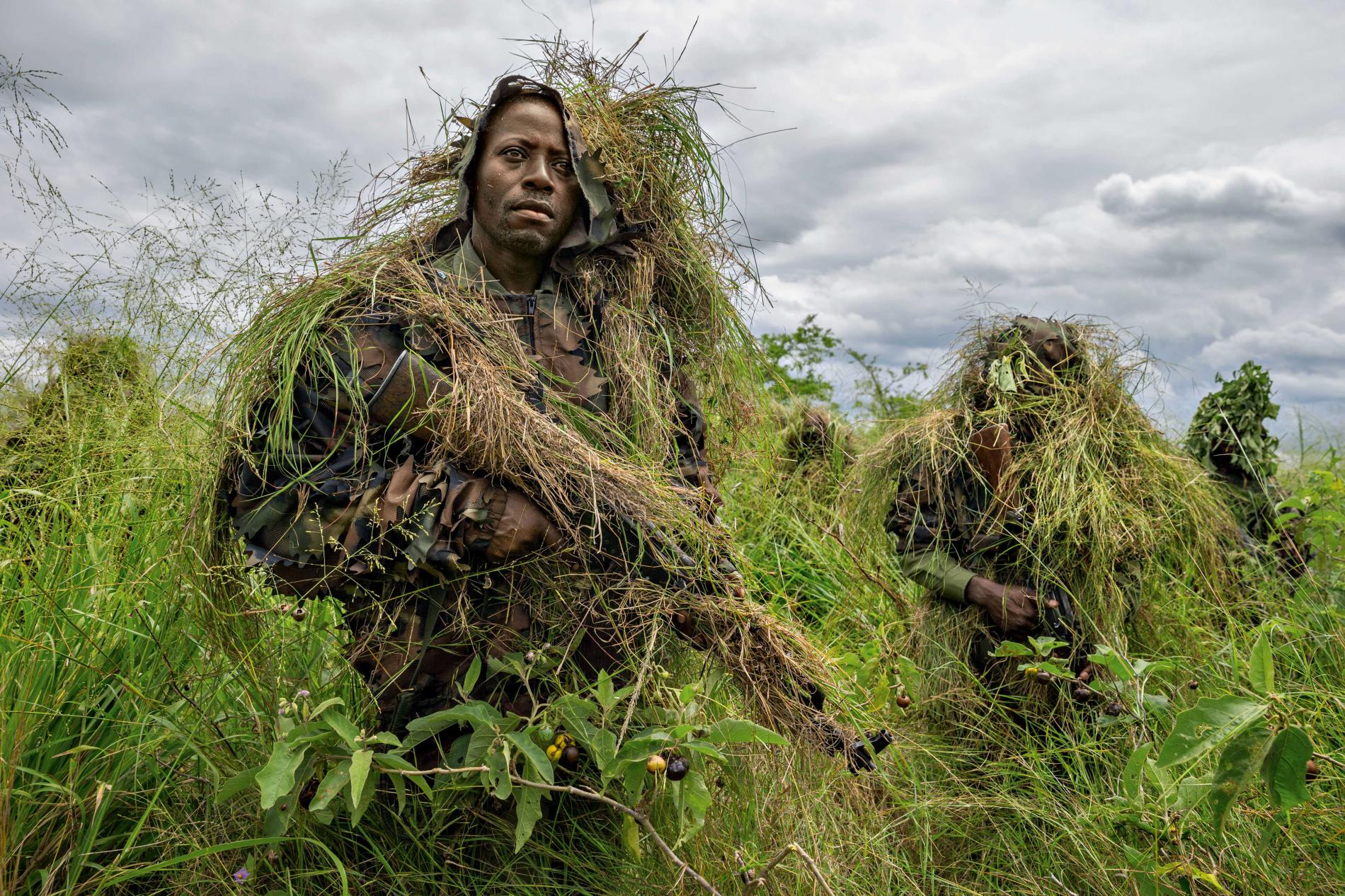 These are Virunga Park rangers in the Democratic Republic of the Congo, who were photographed during their military-style training, including ambush tactics, which they have to undergo due to the constant threat from armed groups. The Park they’ll protect shortly after the training is considered as the world’s most dangerous Park. It’s one of the most protected as well, as the variety of species it preserves is often subject to the human’s abuse. 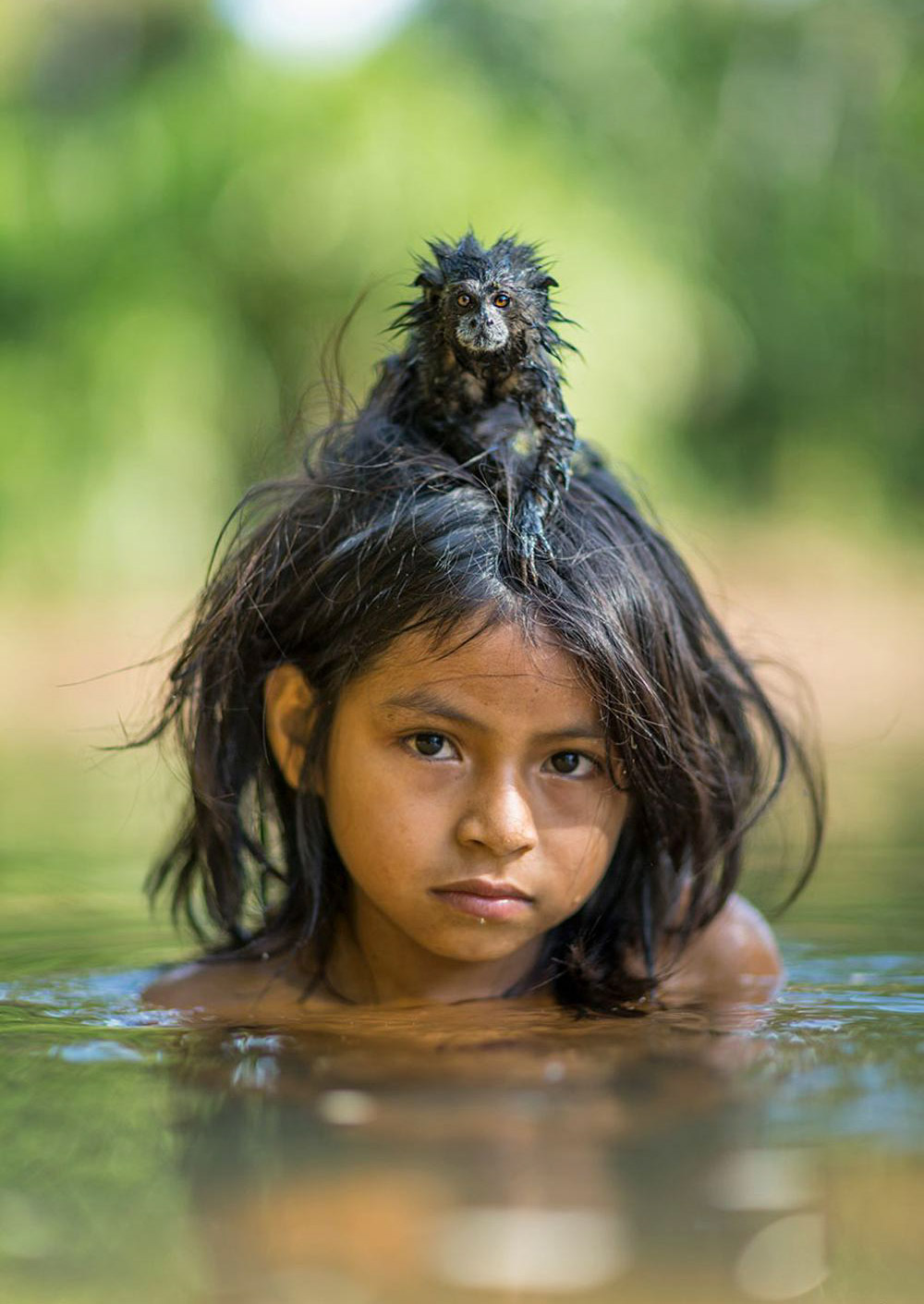 A pet saddleback tamarin sits on the head of a little girl, who belongs to an indigenous group called Matsigenka, while she swims in the Yomibato River, flowing deep in Peru’s Manú National Park. These people protect the Park while having the right to hunt and harvest in it without guns and without selling the goods to the outside world. However, the growing number of people in the tribe and the challenges of keeping the Park untouched worry a lot of local environmentalists. 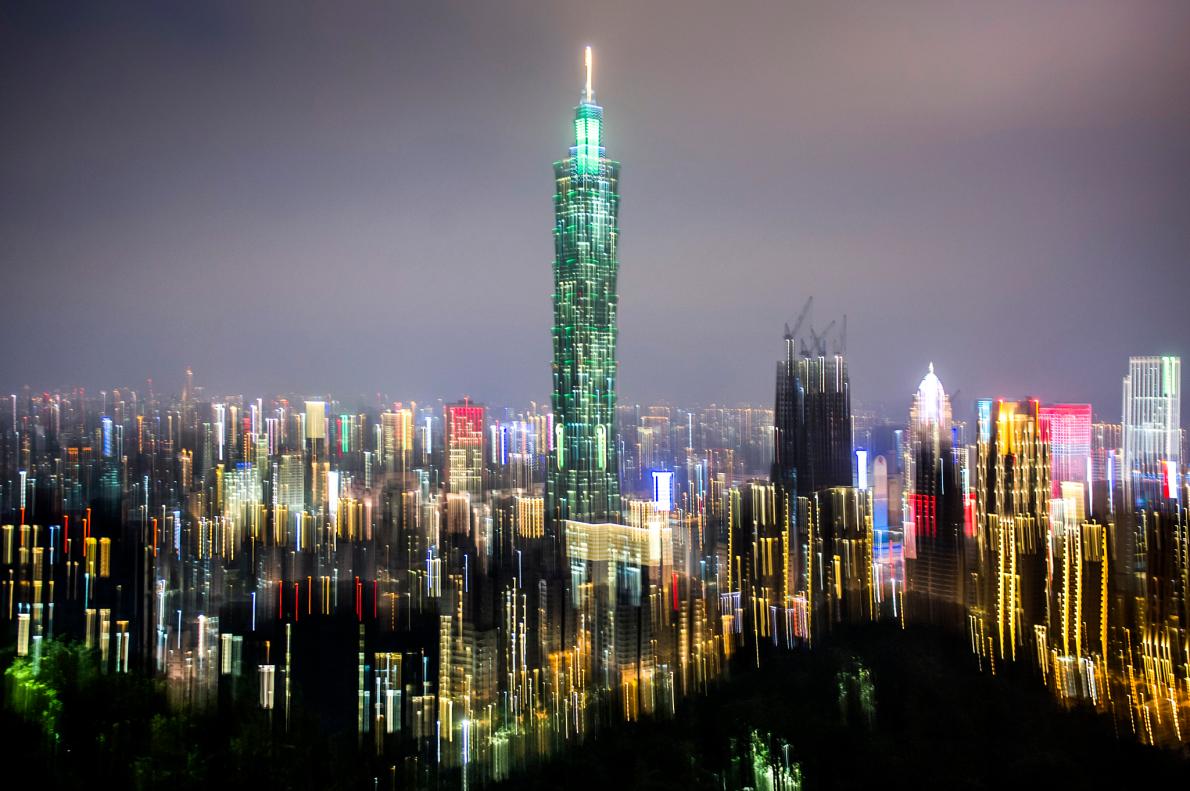 Picture by: Dina Litovsky, taken during her 3-day getaway to Taipei

Vibrant Taipei, Taiwan’s capital shows his true colors and the soul after the sun goes down. 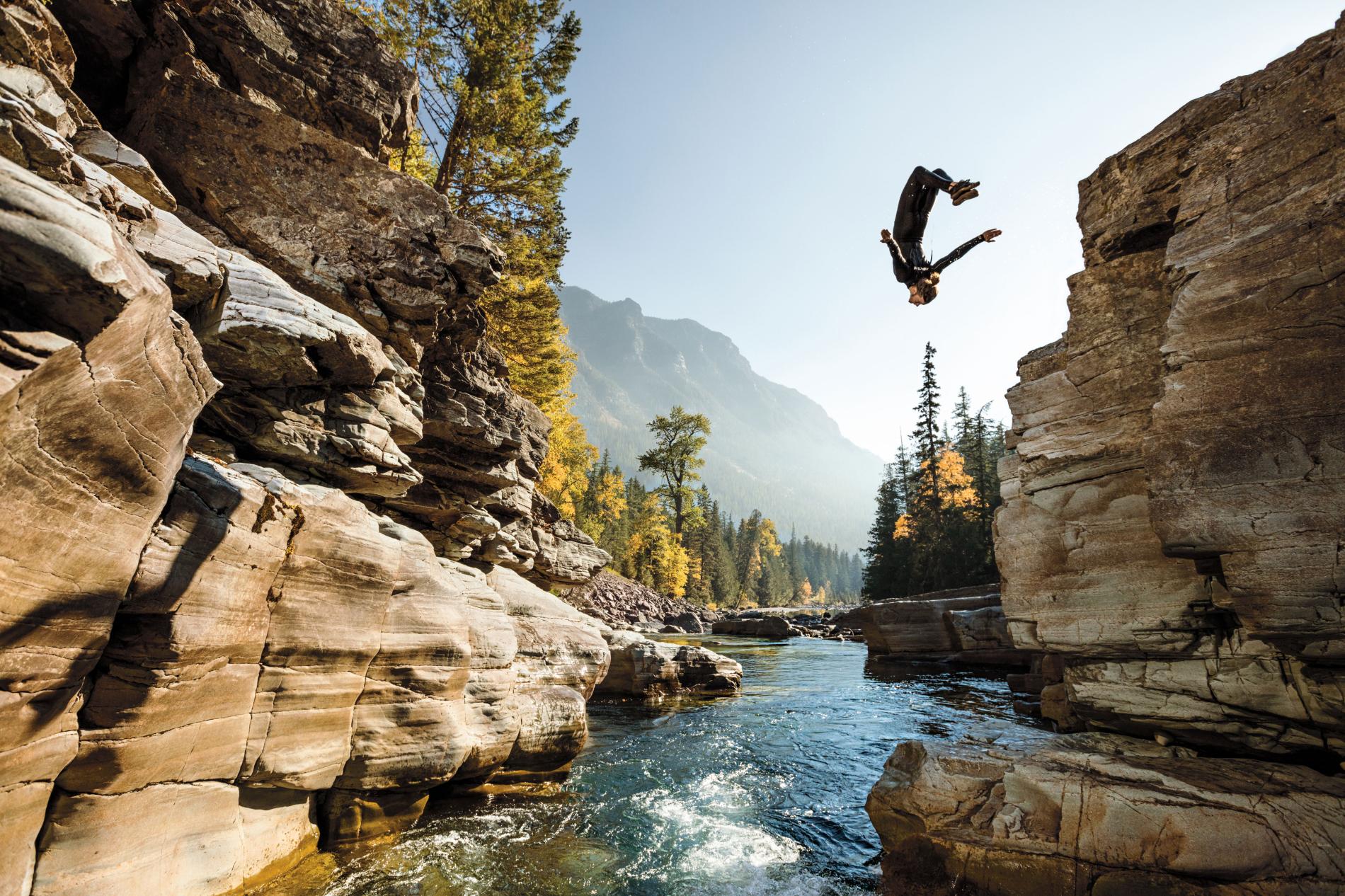 This crazy young man flipping into a pool is Steven Donovan. He took a seasonal job at Glacier to improve his photography skills. The picture is aimed not only at showing the beauty of the place, but also the fact that different generations’ experiences with nature are different. This generation, for instance, is all about the selfie. 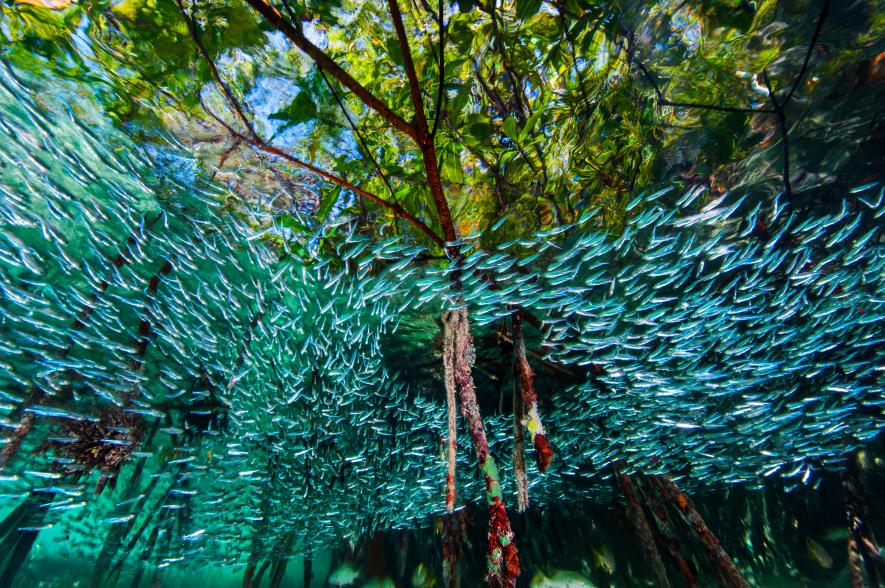 Cuba’s underwater world is about to turn into one of the popular tourist attraction of the U.S. citizens as the country was finally opened for them. The Gardens of the Queen is reported to be one of the most untouched and unspoiled environments in the Caribbean. This National Park comprises about 850 square miles of islands and reefs. Normally, Cuba limits the number of divers and fishermen allowed to visit but could face pressure to increase access. Thus, the improvement of relations between Cuba and the U.S. might threaten the wildlife.

On this picture, silversides swirl through mangroves in the coral reefs off Cuba in attempts to confuse the predators. 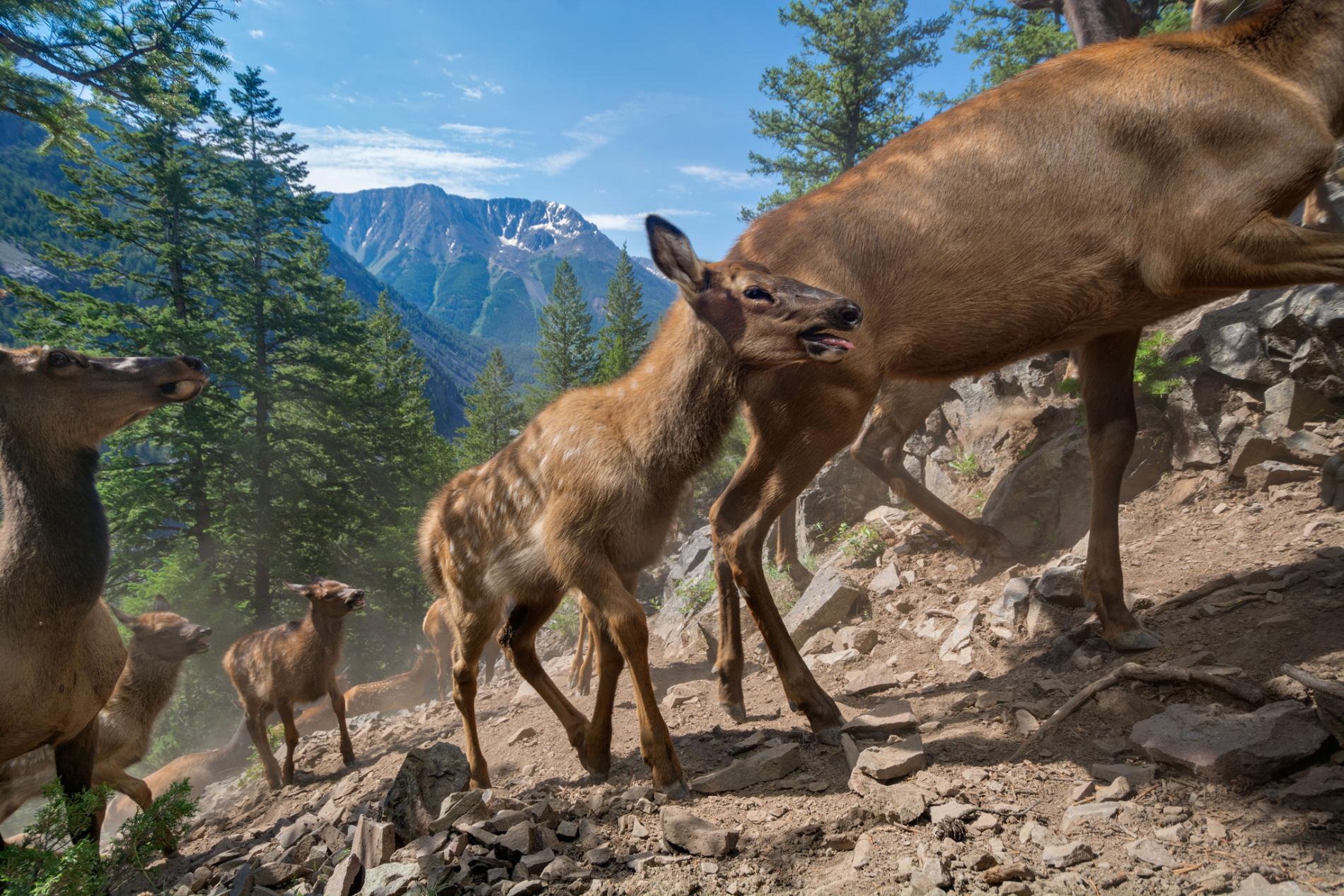 These three-week-old calves of the Cody elk herd were photographed on their first migration to their summer range in southeastern Yellowstone. as they followed their mothers up a 4,600-foot slope. 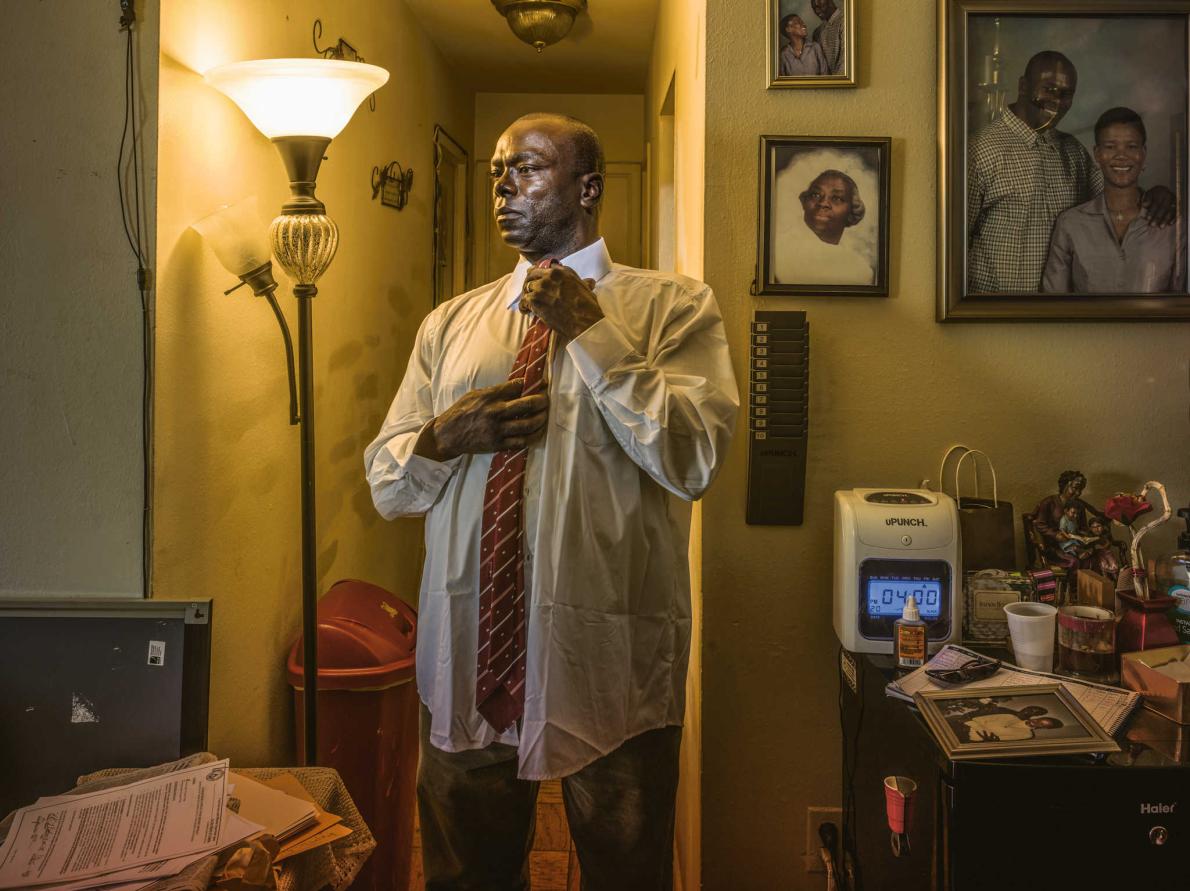 The story behind this photo proves that the U.S. is yet to enter the post-racial era. But, this case also showcases the way the modern science contributes to the justice and crime solving.The name of the man on this photo is Kirk Odom, and he was convicted of rape only because an expert testified that a hair on the victim’s nightgown matched his. He spent 22 years in prison and 8 more years on parole before DNA tests were taken. Those tests proved his innocence. No one is able to change the fact that he was robbed of 30 years of his life. 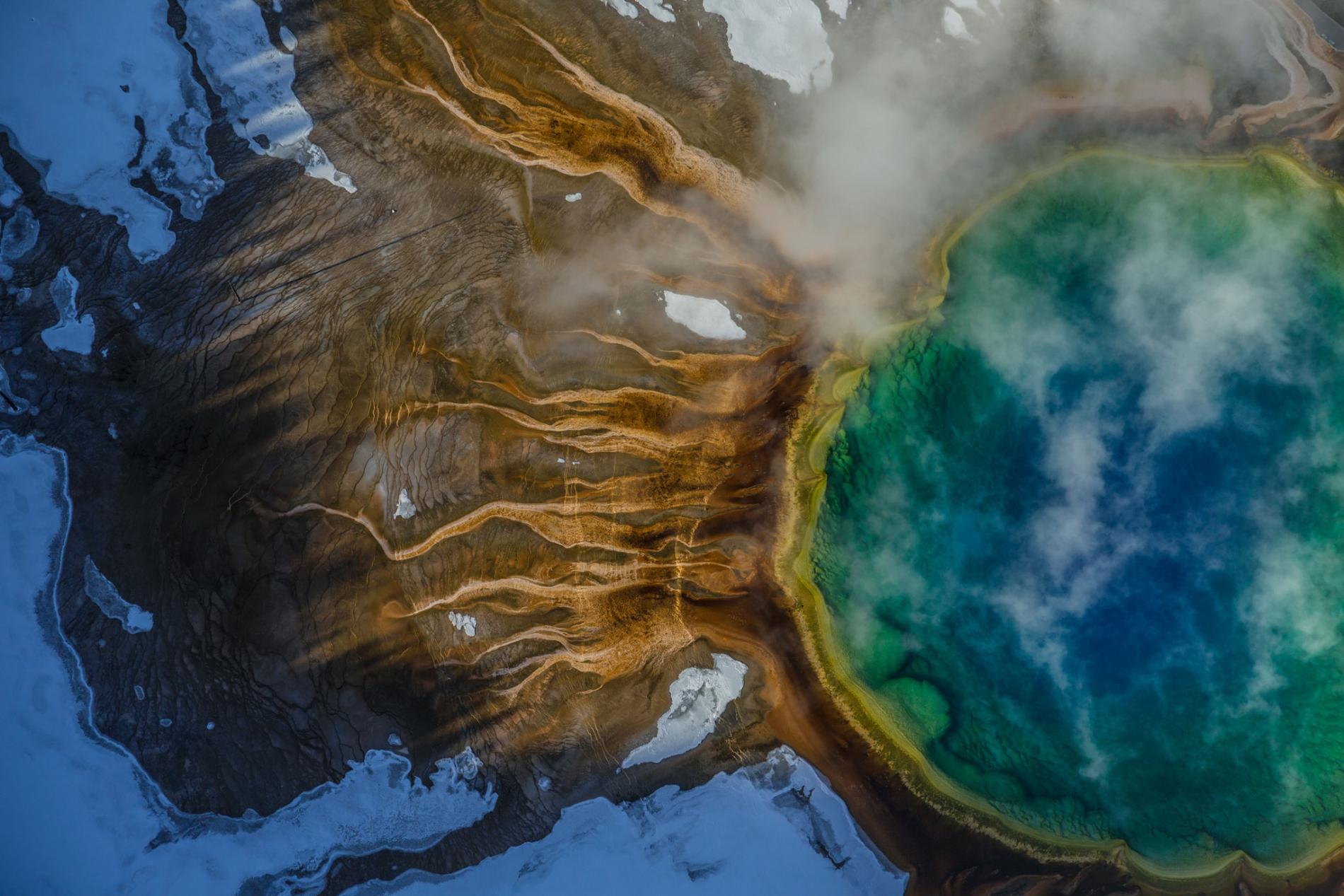 This unrealistically looking picture showcases the colors of Grand Prismatic Spring in Yellowstone come from thermophiles: microbes that thrive in scalding water. The water is so green due to the chlorophyll they use to absorb the sunlight. 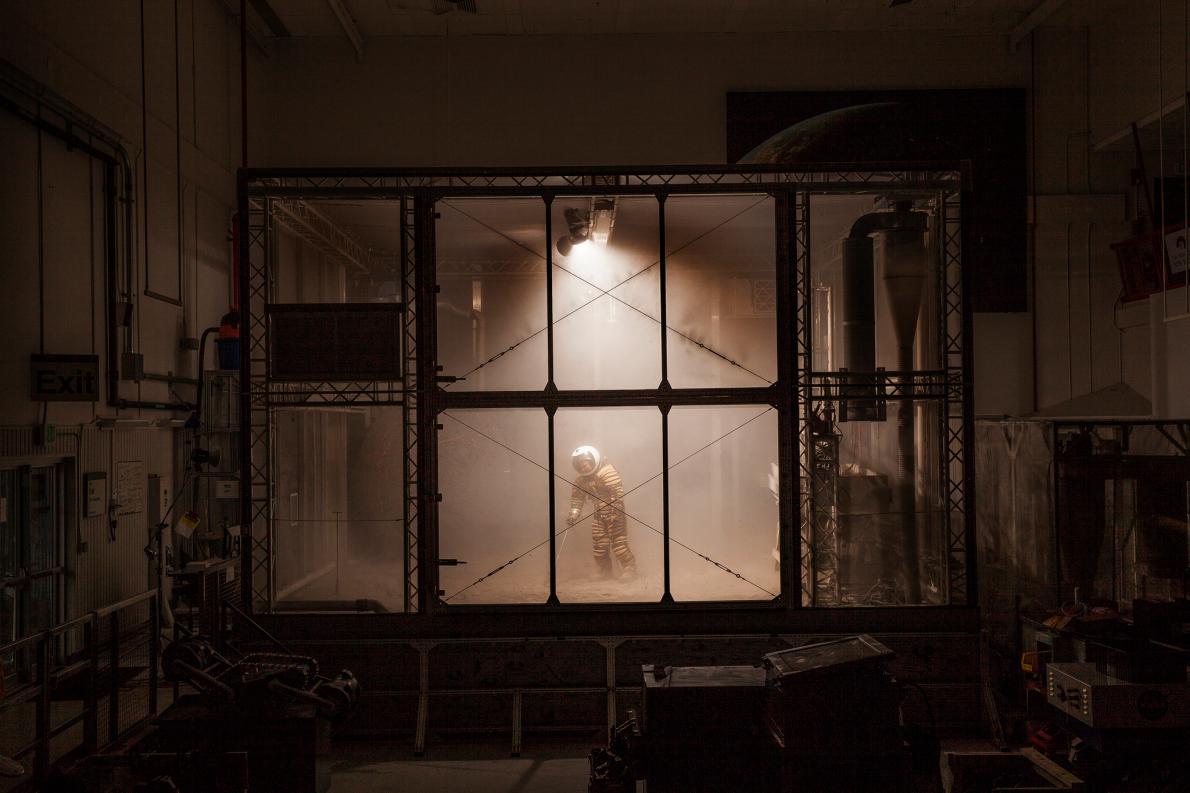 This is a space engineer Pablo de León. He’s dressed in a prototype space suit designed for Mars and he’s testing it at NASA’s Kennedy Space Center, where fine soil and fans simulate conditions on the red planet. The dangerous race between the main space countries to the Mars in continuing.