Artist Photographs The Last Meals Of Inmates On Their Death Row

The death penalty as a form of justice is one of the most furiously controversial moral subjects being discussed today. New Zealand-based artist Henry Hargreaves became interested in the Last Meal tradition, which inmates waiting on death row have the right to request. He decided to re-create certain serial killers’ last meals in his photography series ”No Second”.

Hargreaves writes: “While I was reading about efforts to stop the Last Meal tradition in Texas it sparked my interest. In the most unnatural moment there is (state sponsored death) what kind of requests for food had been made?”

The photographer and his chef friend cooked all the meals by themselves but didn’t have the courage to eat them after photoshoots. “It was kind of like going to a hospital and eating the lunch of someone who’s just been pronounced dead,” Hargreaves said to Vice about his feeling after having a spoonful of ice-cream that had been requested by one convict.

“Researching this topic strangely personalized these people for me and for a moment was able to identify with them through the common denominator of food,” said Hargreaves. 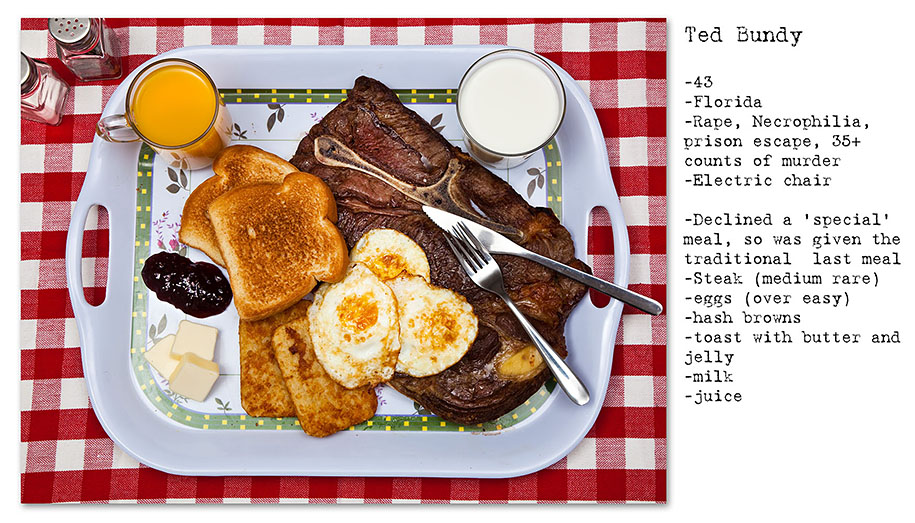 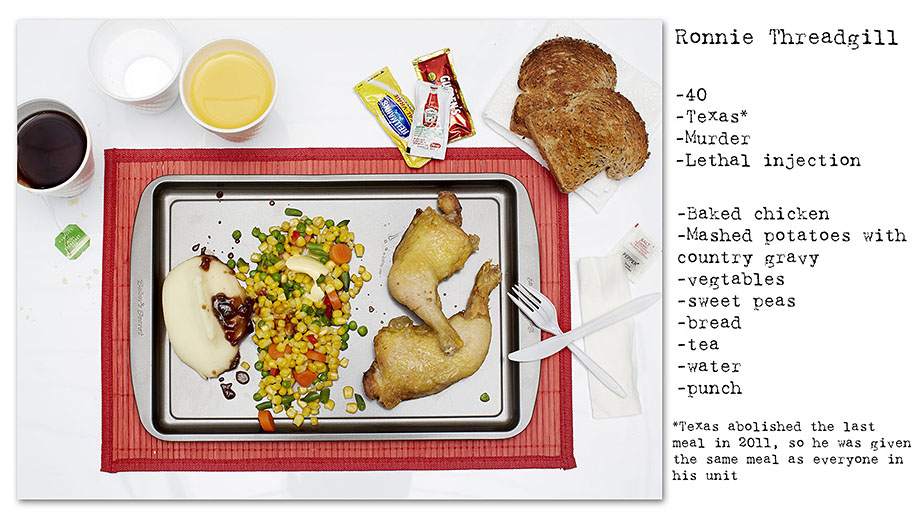 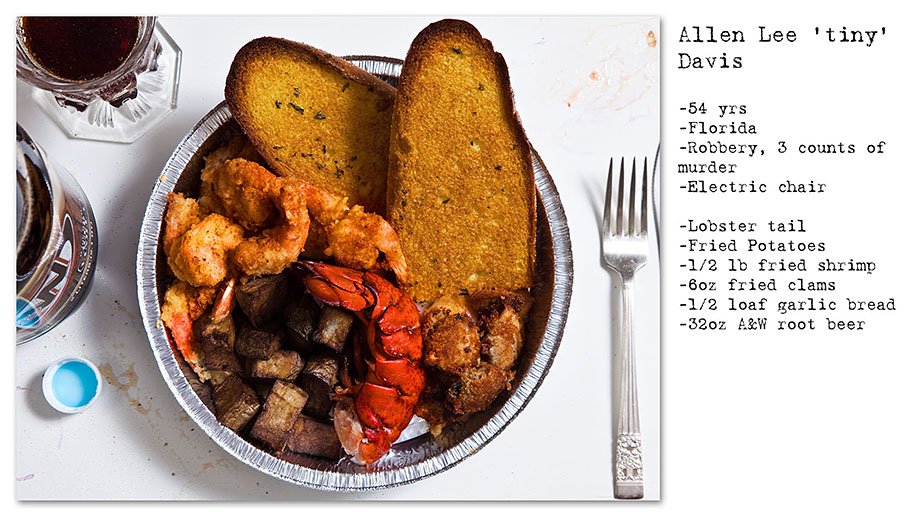 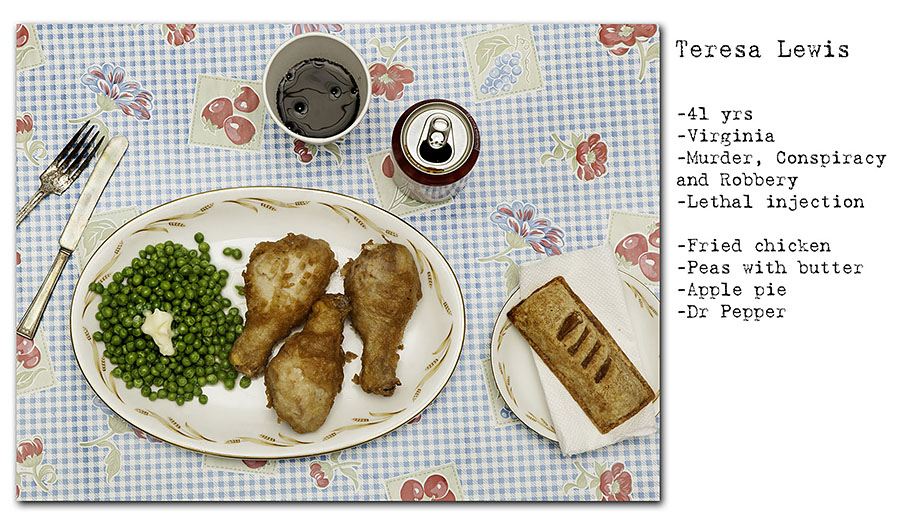 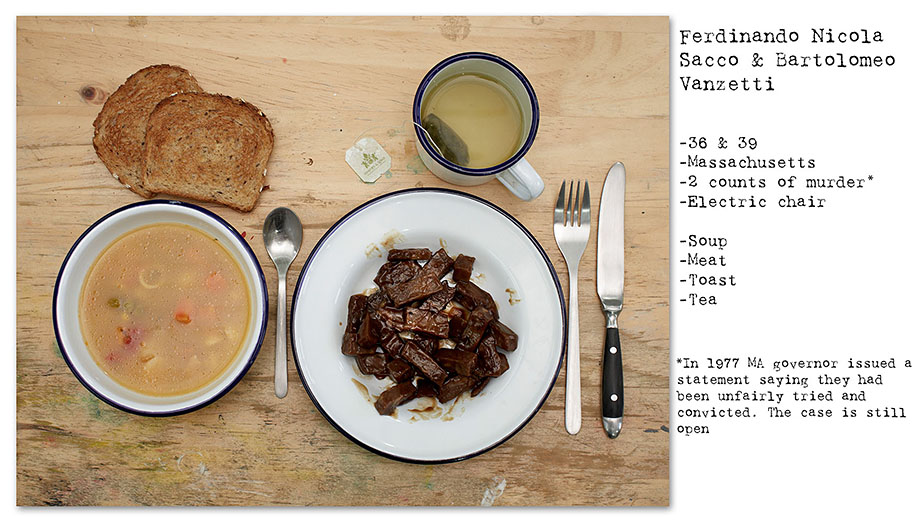 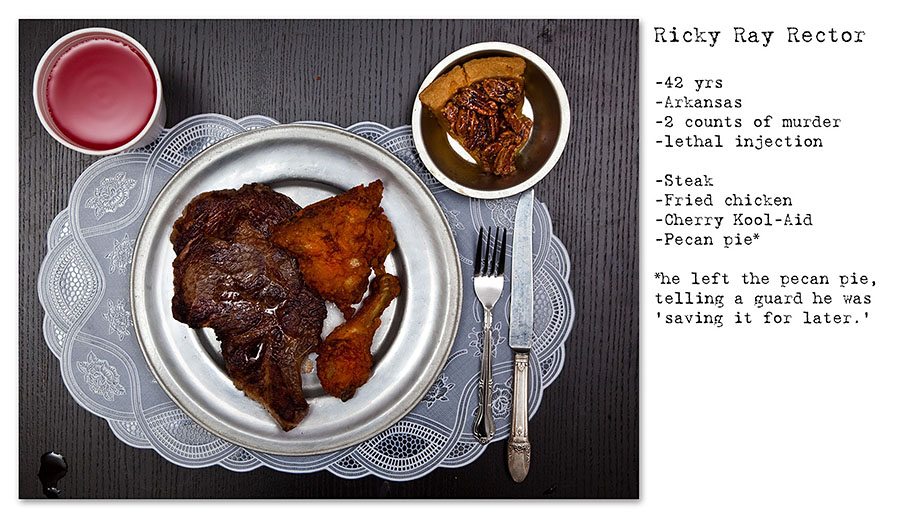 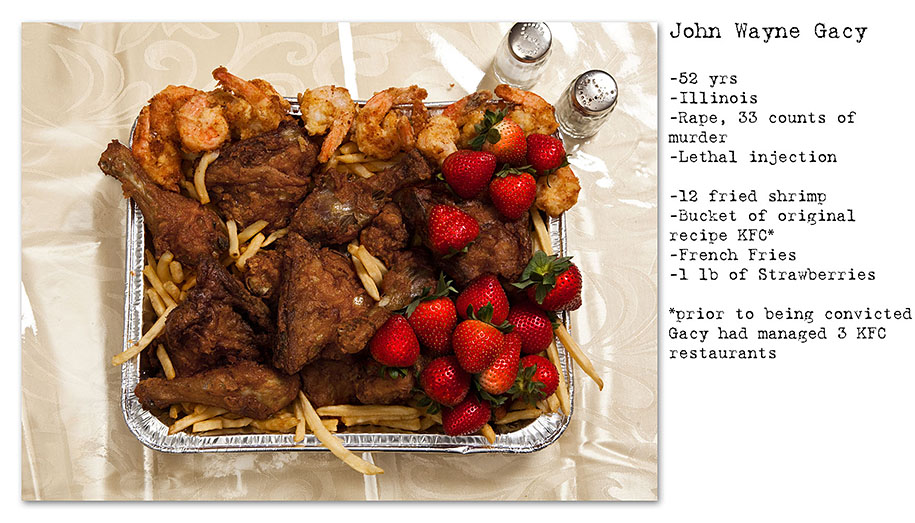 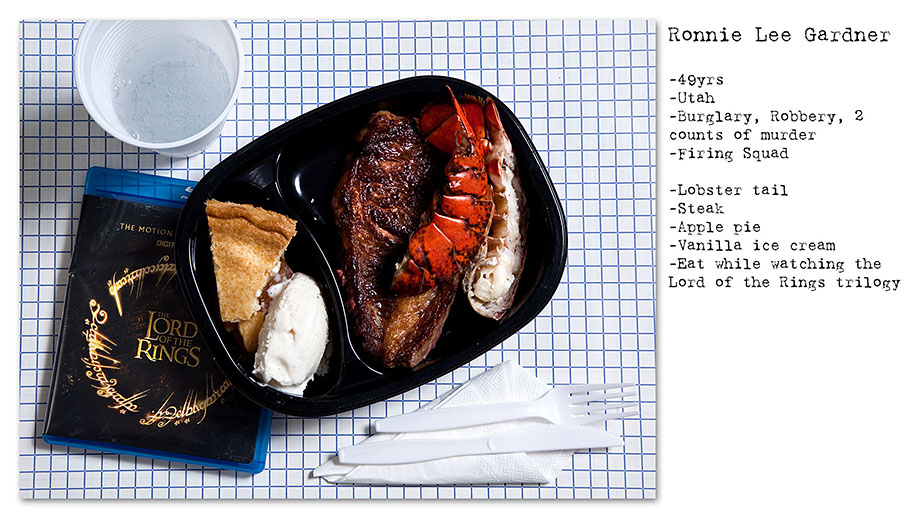 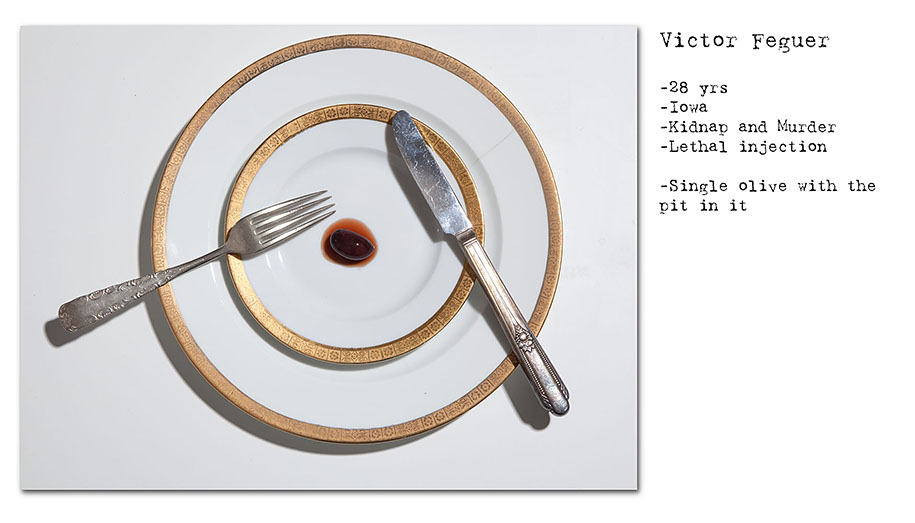 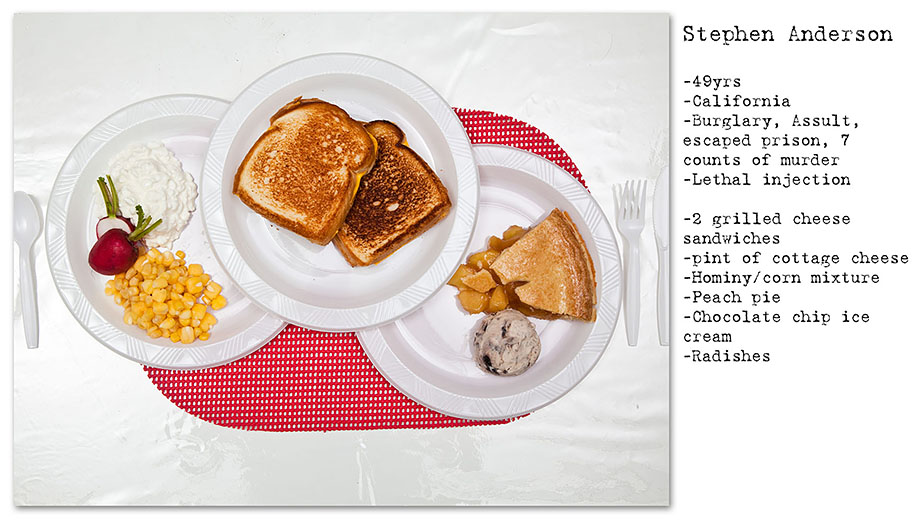 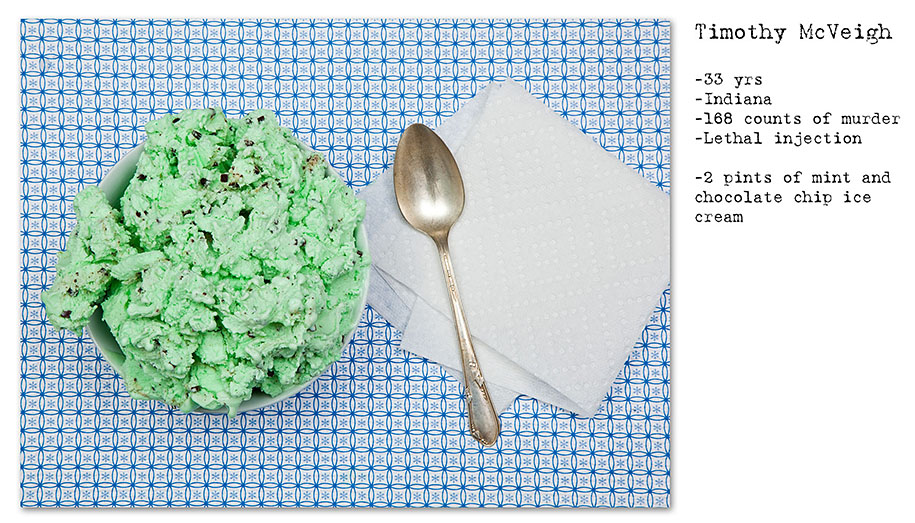 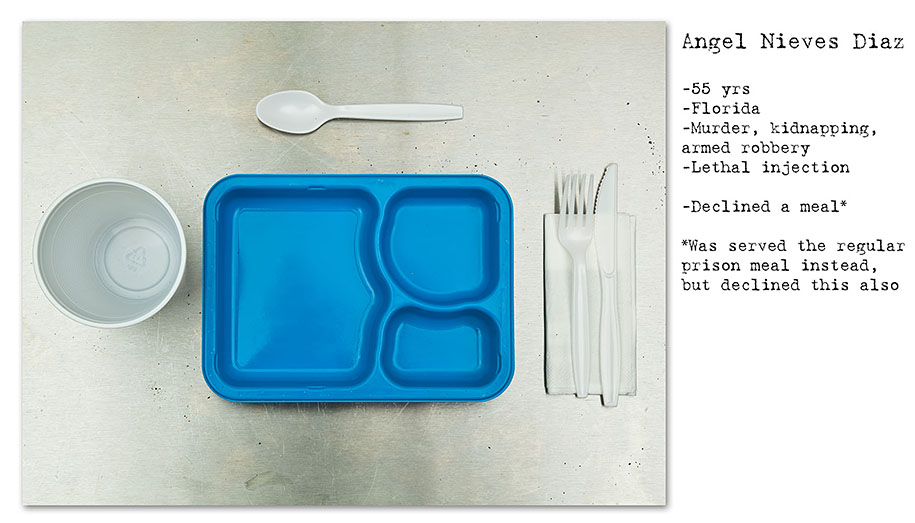