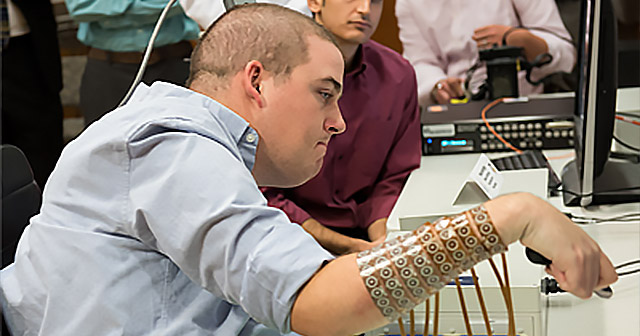 First Time Ever, Paralyzed Man Is Able To Move His Hand Again Thanks To Scientific Breakthrough

Modern medicine has been fighting paralysis for decades, coming up with ideas ranging from experimental surgeries to exoskeletons. And although these options sometimes help, they’re far from being perfect. Hopefully this new development in brain chip implants is going to change that.

Five years ago, a fateful day changed the 19-year-old Ian Burkhart’s life forever. While he was enjoying the sea at the beach, a wave pushed him into a sandbar where he broke his neck. Ian survived, but the event left him paralyzed from the elbows down without much hope for recovery.

That was until the first successful test of “Neurobridge” – a system that’s able to decode brain waves and use them to control a muscle stimulator that allows movement in a paralyzed limb. The technology has been in development for almost a decade in Ohio State and Battelle Memorial Institute.

Electronic impulse brain implants are not a new idea, but the ones that came before had problems with longevity. Tests are being conducted now to figure out if the problem is now fixed, giving hope for thousands of people that are affected. 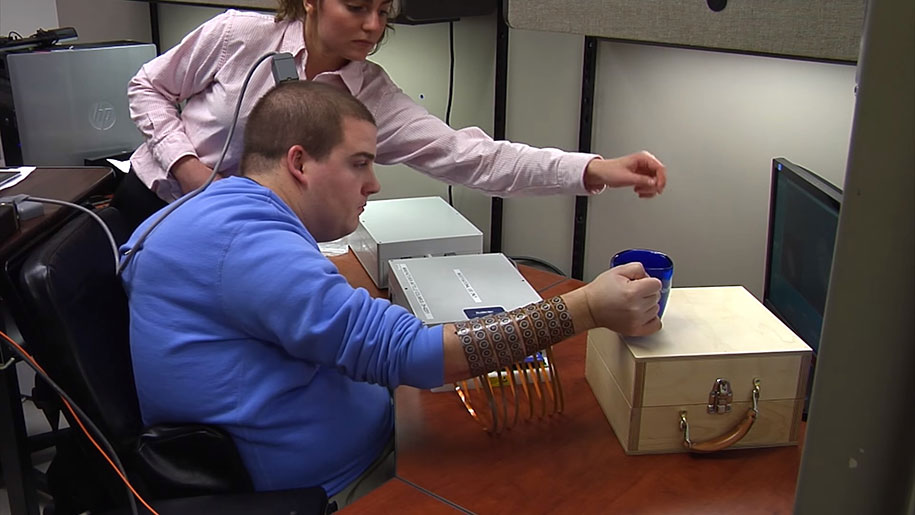 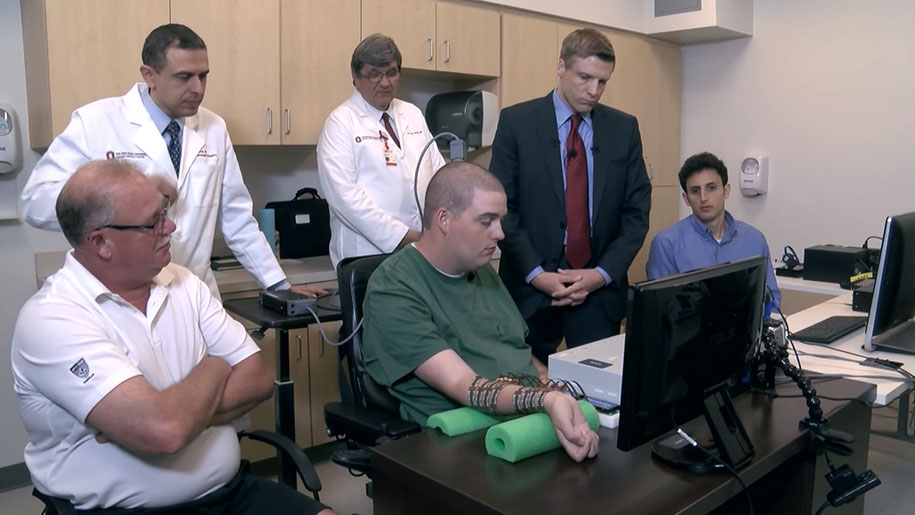 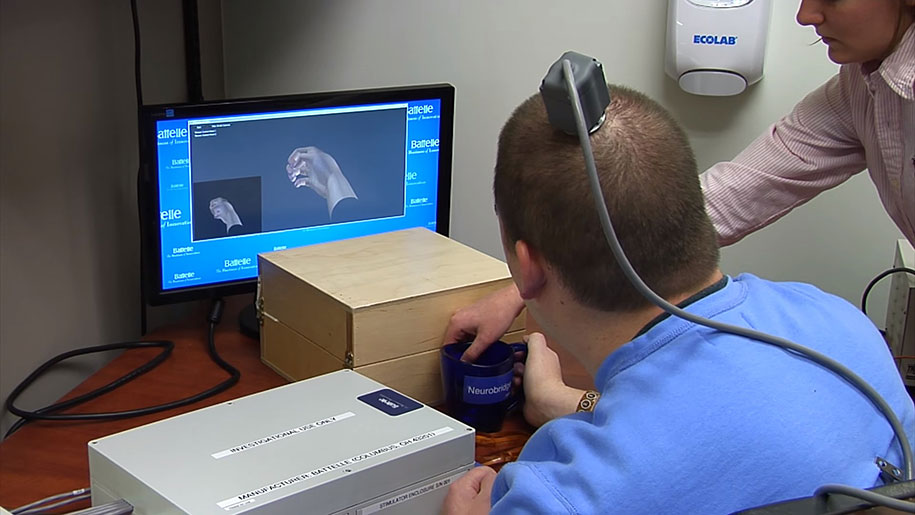 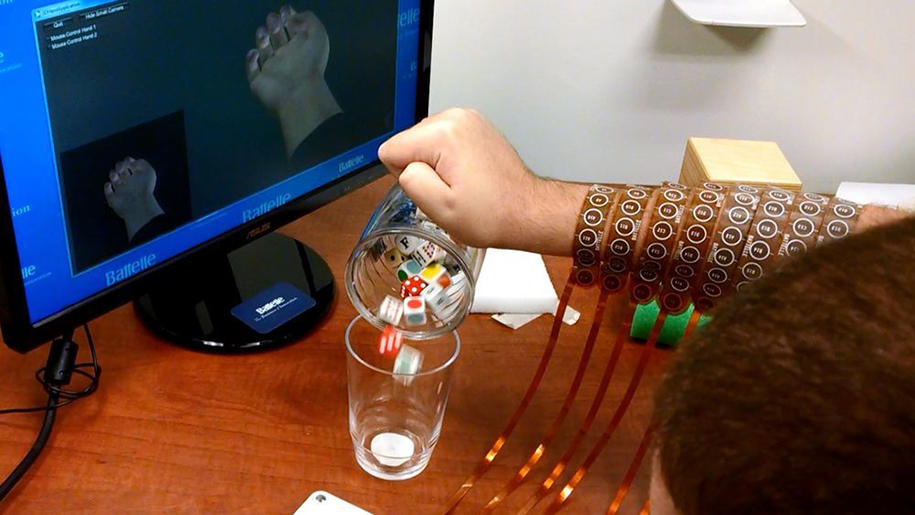 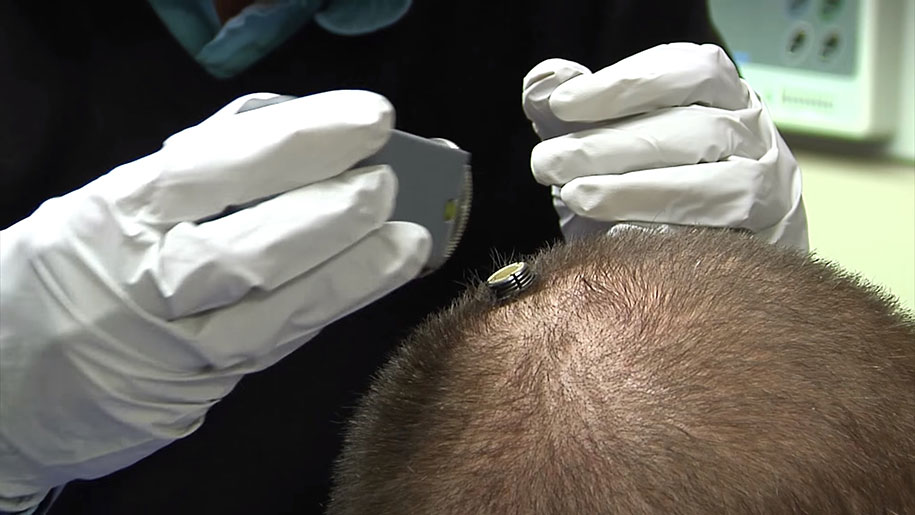 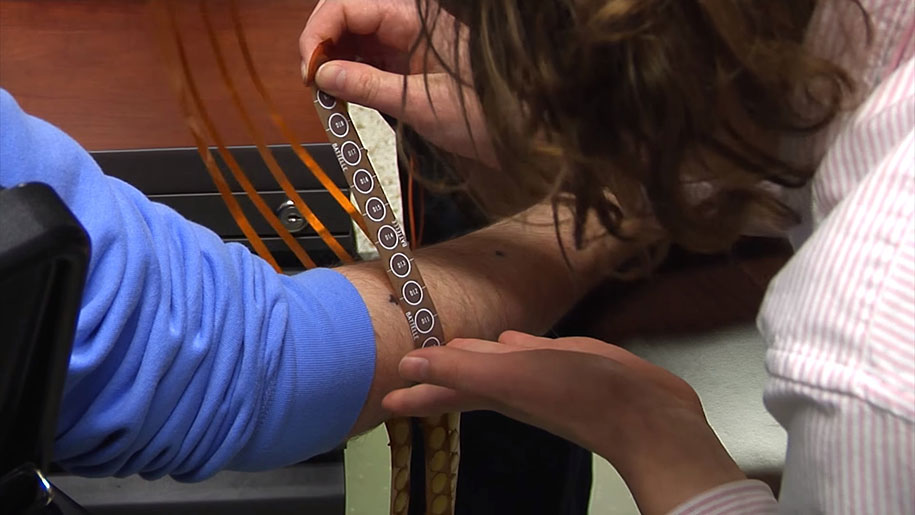 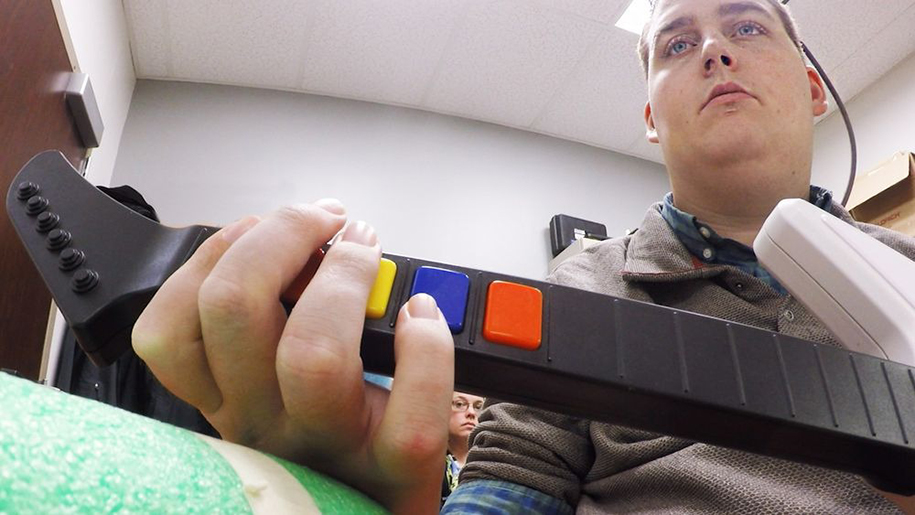 Watch it explained in a video: